Fragments is Jason Boyd Kinsella’s debut solo exhibition in London. The exhibition explores ideas of psychological portraiture as the artist’s subjects are broken down into individual geometric building blocks. 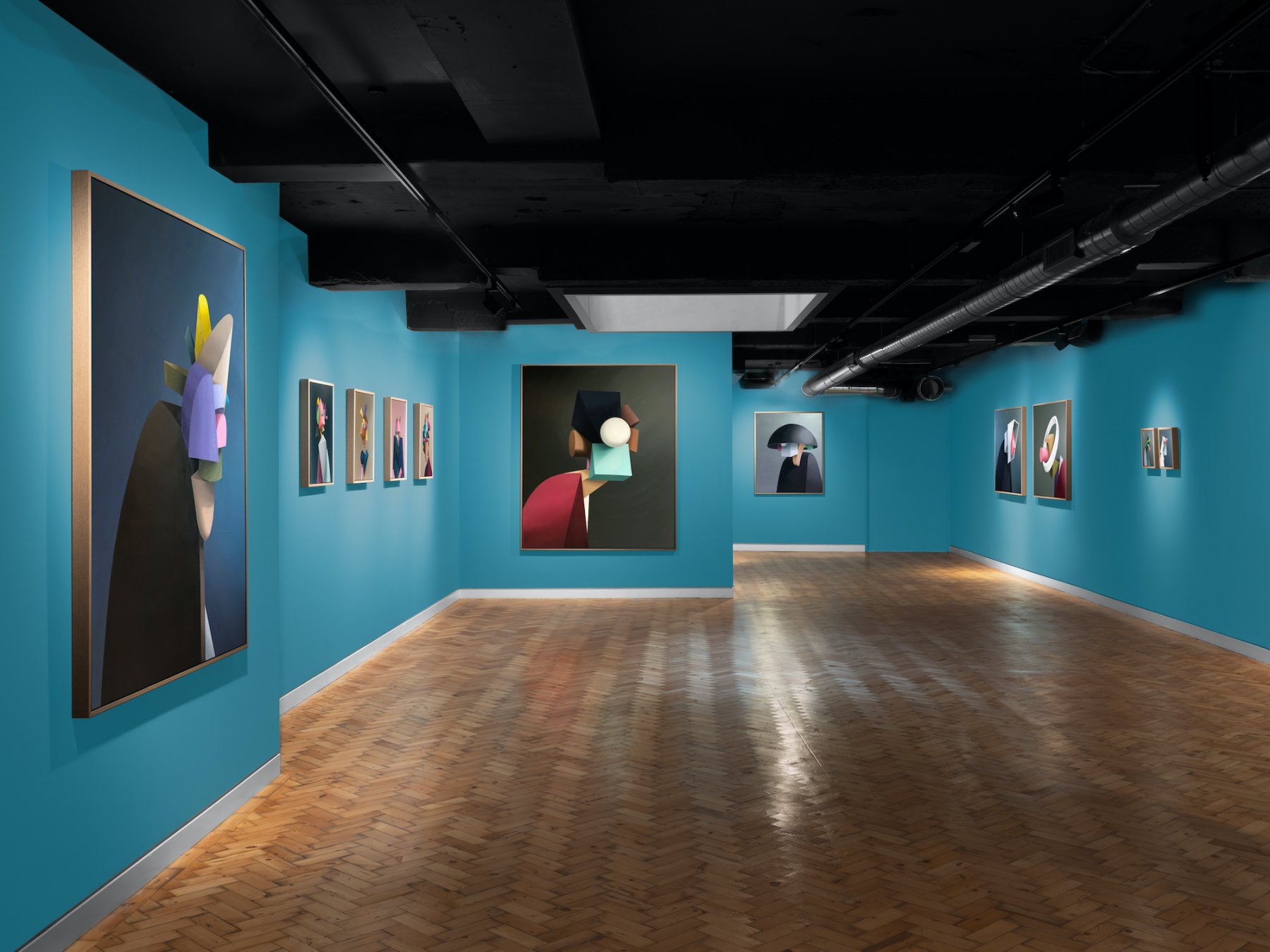 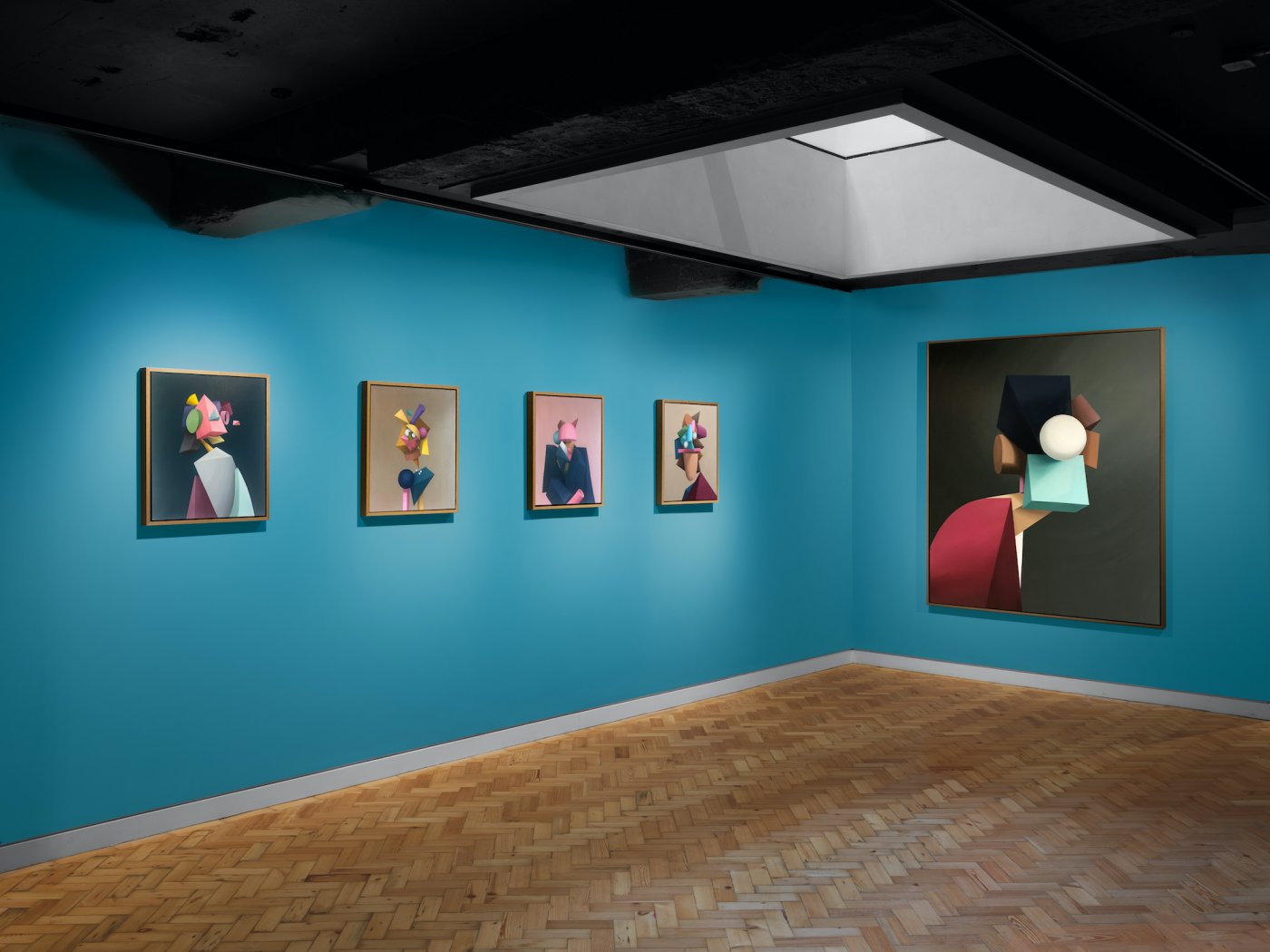 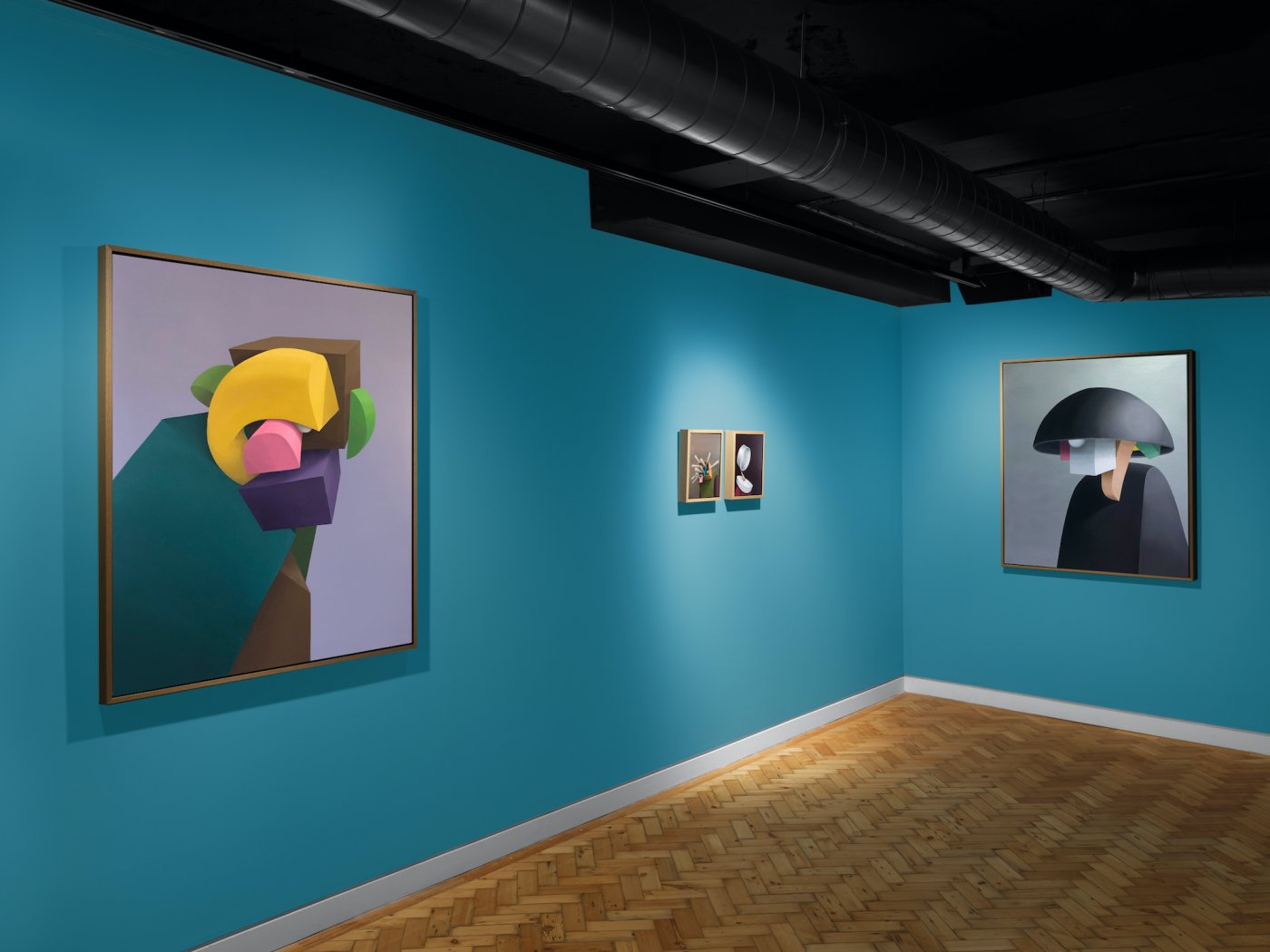 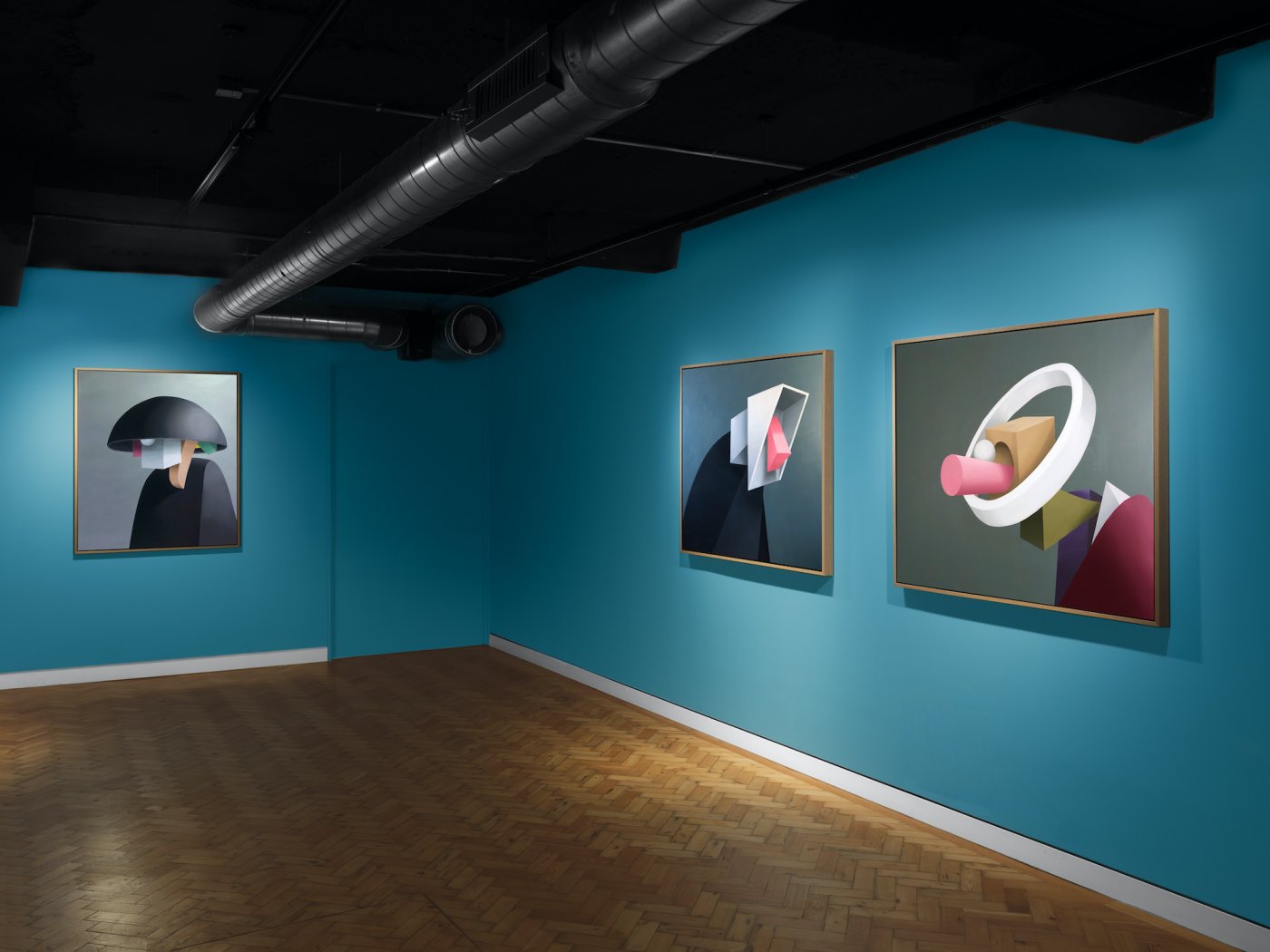 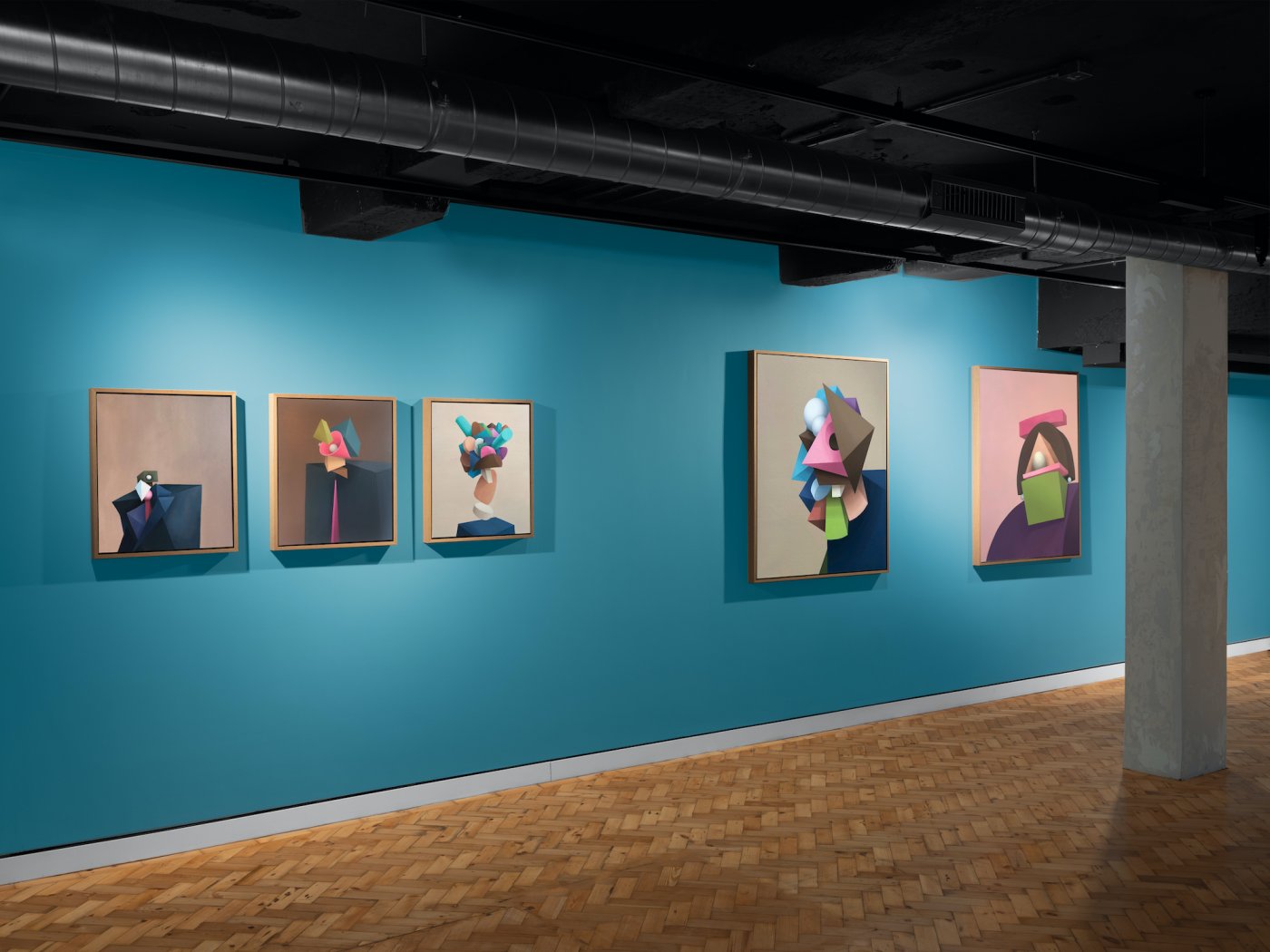 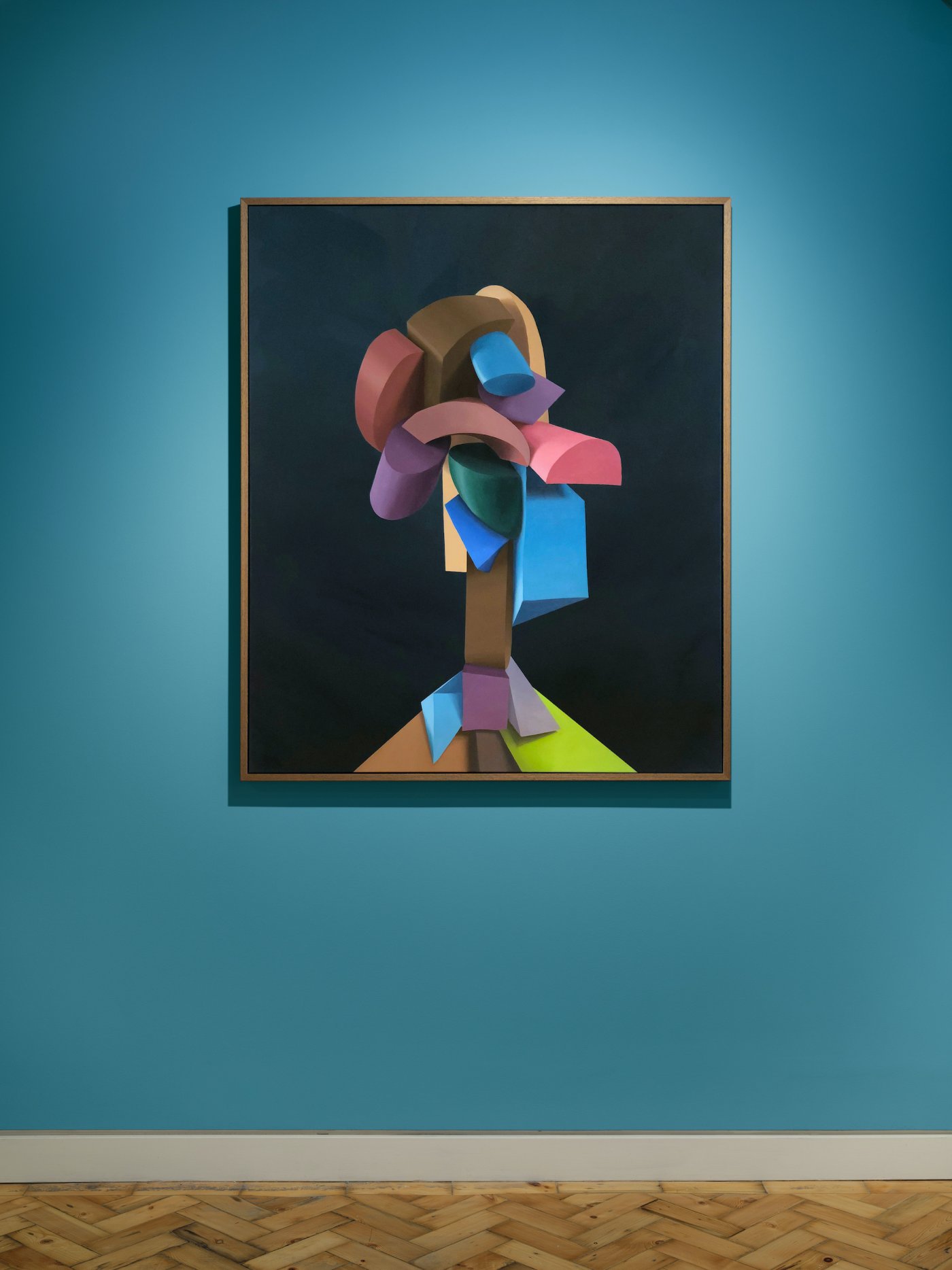 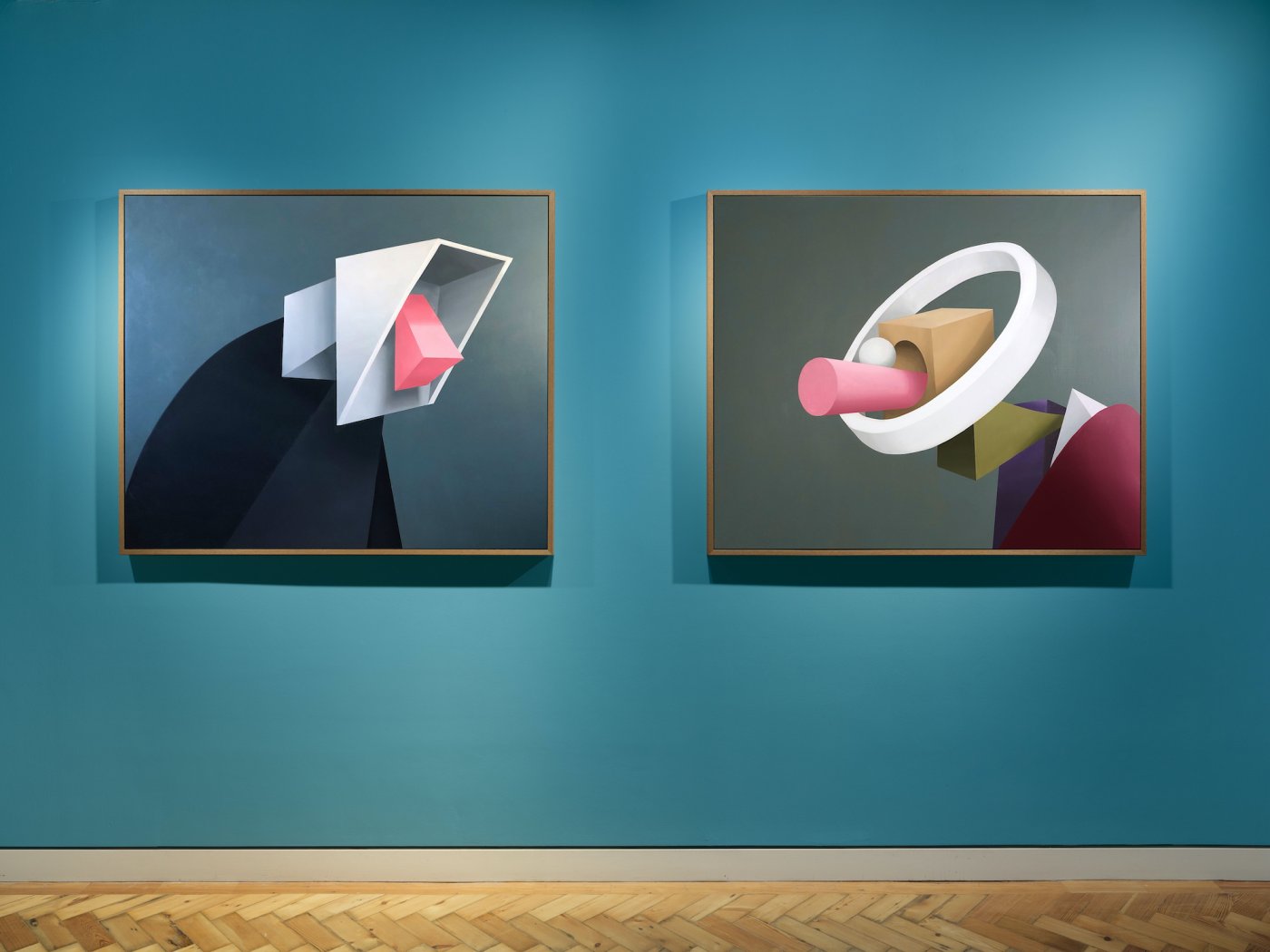 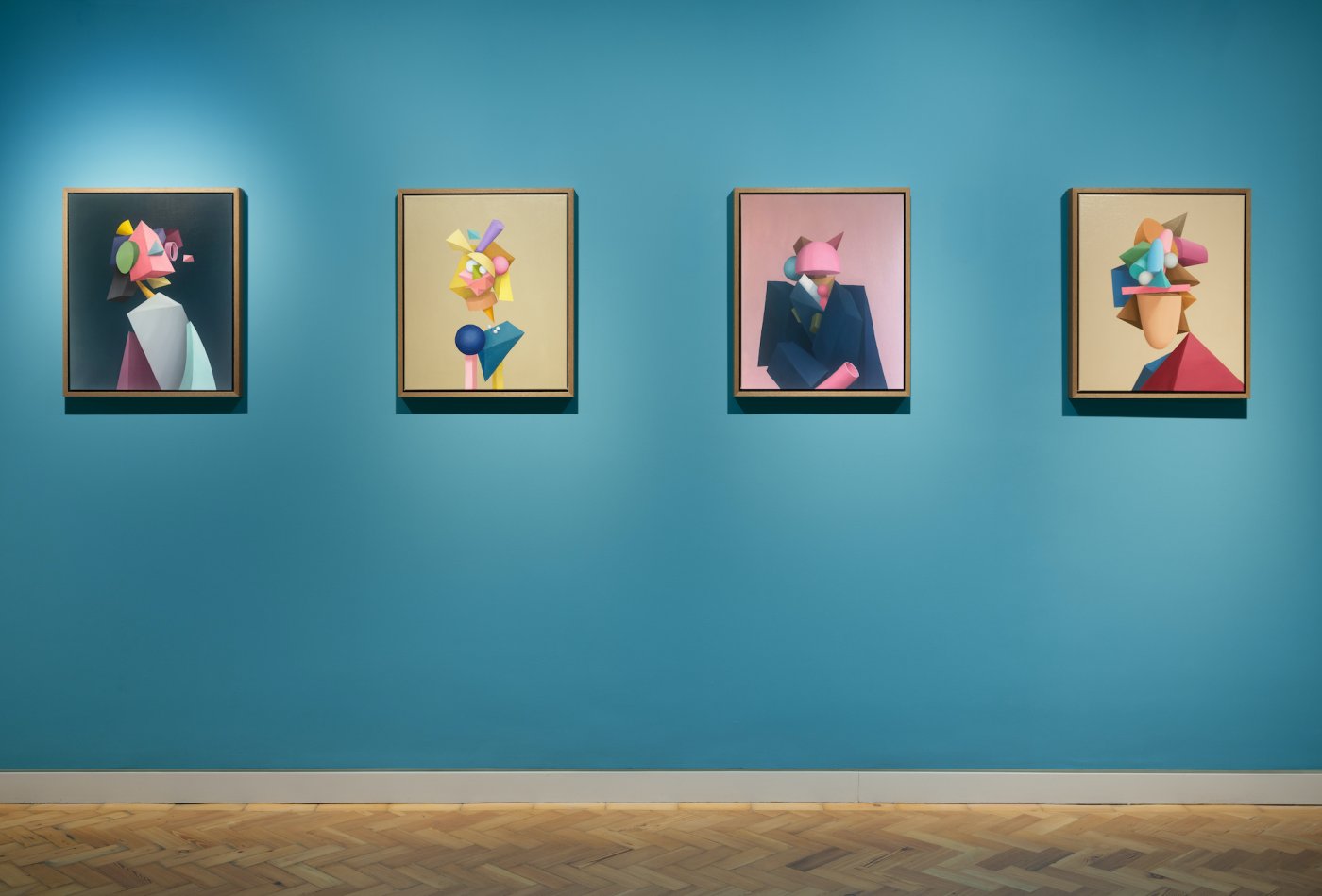 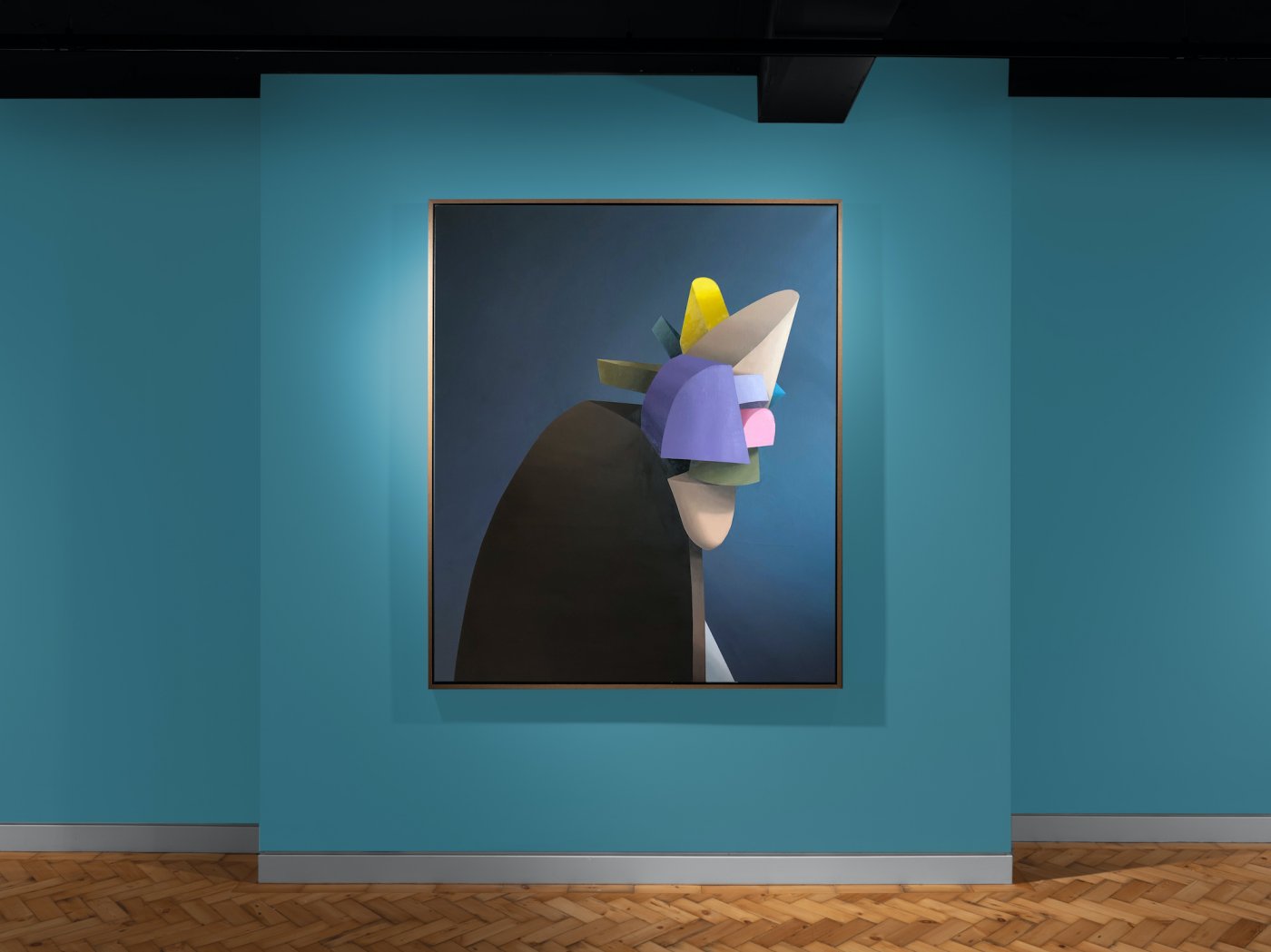 The idea of psychological portraiture is central to Jason Boyd Kinsella’s artistic practice and lies at the very heart of Fragments, the artist’s debut solo exhibition in London. From a young age, Kinsella became fascinated by our individual psychological makeup, developing a keen interest in the Myers-Briggs personality test that is designed to break down our characters to specific sets of traits. He soon came to realise that it is the unique way in which these modular traits are organised that constitutes our individual natures. From this, the artist discovered a new lens through which to see people. Reflecting these notions, Kinsella’s striking portraits reduce each sitter to distinct building blocks. The varying shapes, colours and sizes of these blocks are specific to each portrait and interlock in a multitude of different ways. For Kinsella, these raw materials do not mean much on their own, but together they begin to interconnect, uniting to form singular relationships. Softer and rounder edges come together to convey more gentle attributes, whereas strong lines and sharp corners communicate harder personalities. In this sense, Kinsella intuitively explores each of his subjects from the inside out, creating uniquely accurate portraits of friends, acquaintances and strangers in his own distinctive visual language.

On a technical level, Kinsella’s work displays an interesting juxtaposition between traditional methods and a hyper- contemporary aesthetic. His use of oil paint creates a remarkably clean surface texture, reminiscent of Old Master works. Yet, Kinsella’s paintings draw equally from contemporary iconography, reimagining a culturally relevant balance between the old world and the new. In this spirit, Kinsella’s artistic process blends traditional techniques with modern tools. He always begins with a pencil drawing, before digitally experimenting with colours and values. Once these balances are ironed out, he turns to the canvas to paint the piece by hand, often creating a small mock-up of the work before as a test, similar to how a sculptor would make a maquette. As such, the building blocks that constitute Kinsella’s paintings are heavily influenced by sculpture and other three-dimensional forms, such as architecture and furniture, which have an important relationship with their surrounding physical space. The artist’s geometric shapes connect and interact with one another, avoiding the fixity of a single perspective and translating the feeling of three-dimensional biomorphic form onto a canvas. Equally, Kinsella’s experimentation with augmented reality enhances these interactive ideas, aiming to bridge the gap between the second and third dimensions and inviting viewers to experience his artworks physically in a non-physical way.

Above all, it is this question of ‘who we really are’ that drives Kinsella’s practice and forms the foundations of the artworks presented in Fragments. With the ever-mounting rise of social media, the artist has noticed a particular preoccupation with the deliberate construction and projection of cultivated personae. Social media seems to tap into a primitive desire we all have to transform into someone else; we use filters to enhance our features and we airbrush away our imperfections. With this in mind, it seems that our outer physical appearances can no longer be trusted. Many of us have multiple online personae, leading almost to a contemporary phenomenon of digital psychosis or virtually split personalities. We can perhaps lose sight of who we truly are when faced with a world in which there are so many outlets and mediums through which we can shape and reshape ourselves. In response to this uncertainty, Kinsella’s portraits aim to strip away the veneer of the digital, choosing instead to mine the inner realms of the self. Through an intuitive artistic process, that centres on feeling rather than thinking, Kinsella ’s works drill down to the very core of the self, transcending representations of flesh and bone to create complete and accurate psychological portraits.

Jason Boyd Kinsella was born in Toronto, Canada in 1969. His work is concerned with the constituent parts of the human condition, using geometric shapes as building blocks to convey the complexity of human emotion. Kinsella completed a BFA at Bishop’s University in Quebec and now splits his time between Oslo and Los Angeles. After university, Kinsella studied at the Ontario College of Art and entered into the world of advertising, becoming a Creative Director in Canada, the USA and Europe. His experience in advertising allowed Kinsella to immerse himself into a world of creativity and psychology, a combination that led to his exploration of Psychological Portraiture. His artistic process always begins with a pencil and paper, evolving into a myriad of mediums, including oil painting, sculpture and digital experimentation.