Jasmin Werner: there in spirit

Jasmin Werner: there in spirit 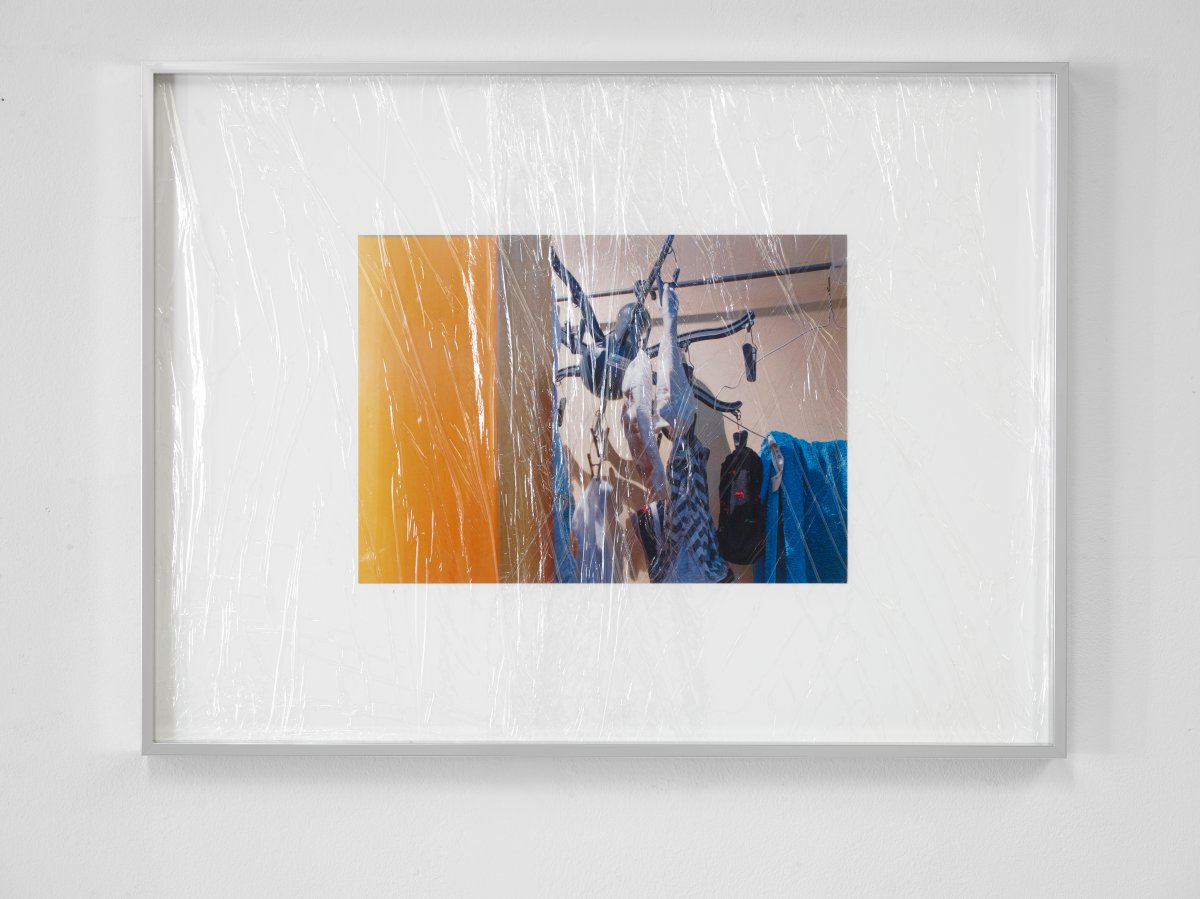 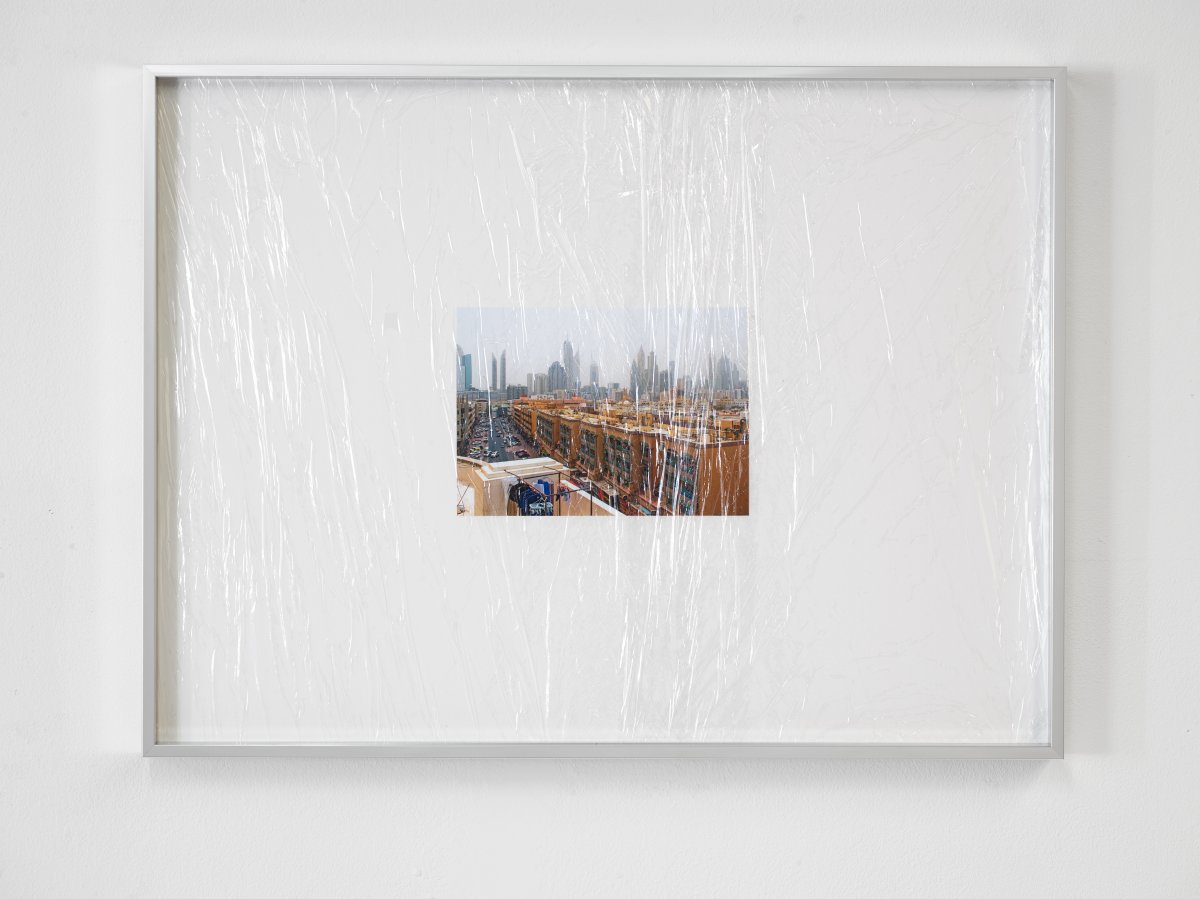 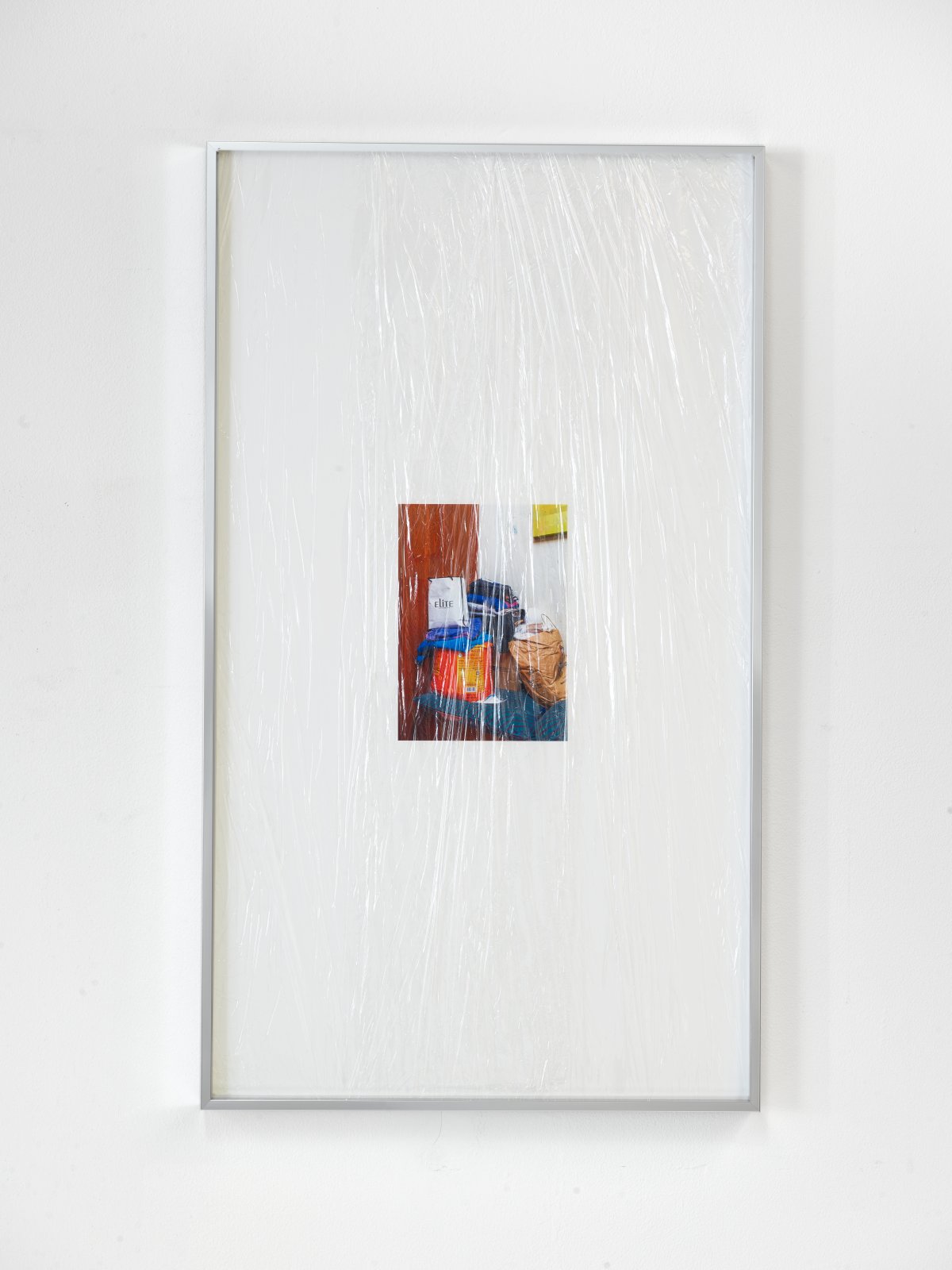 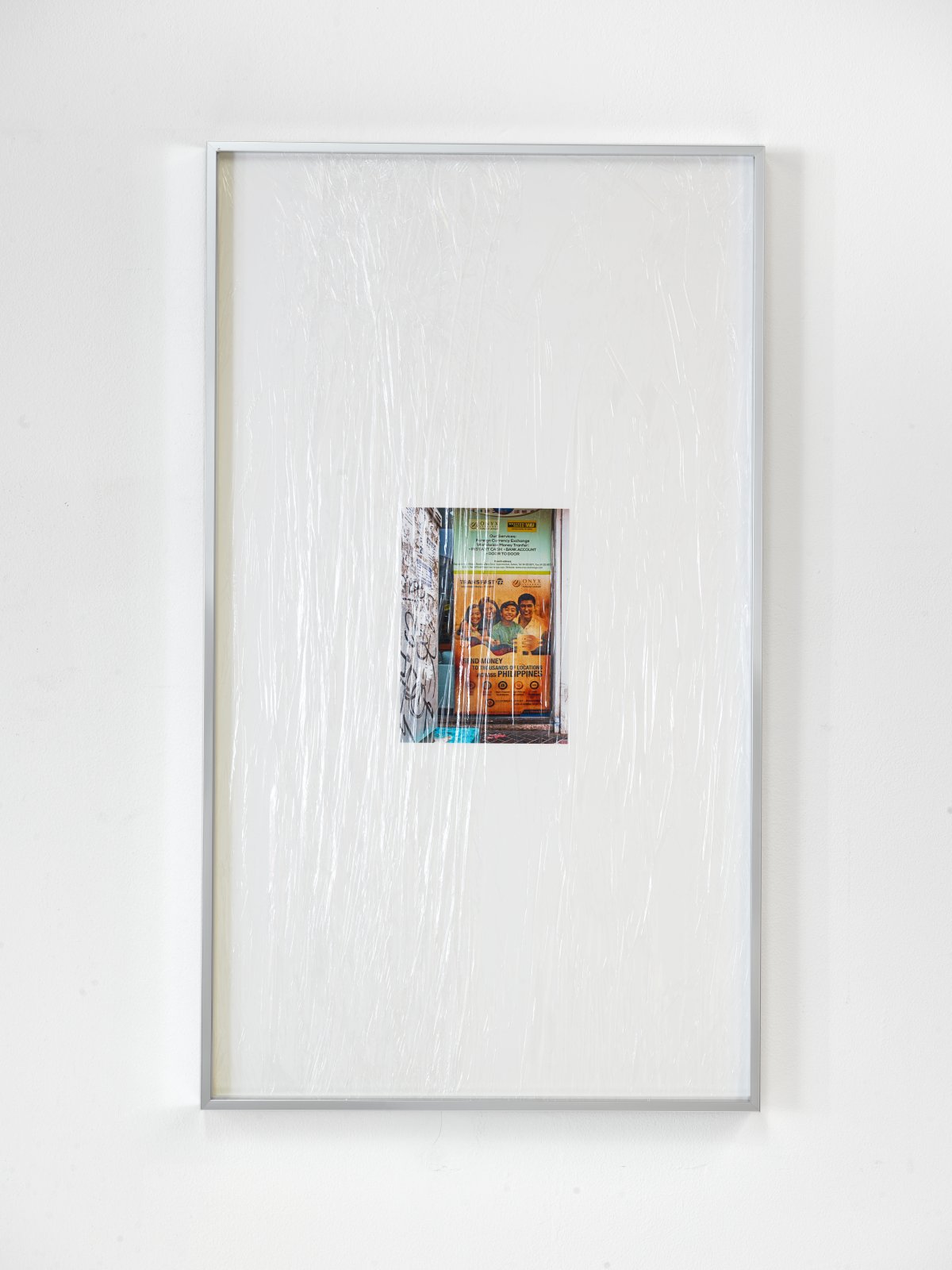 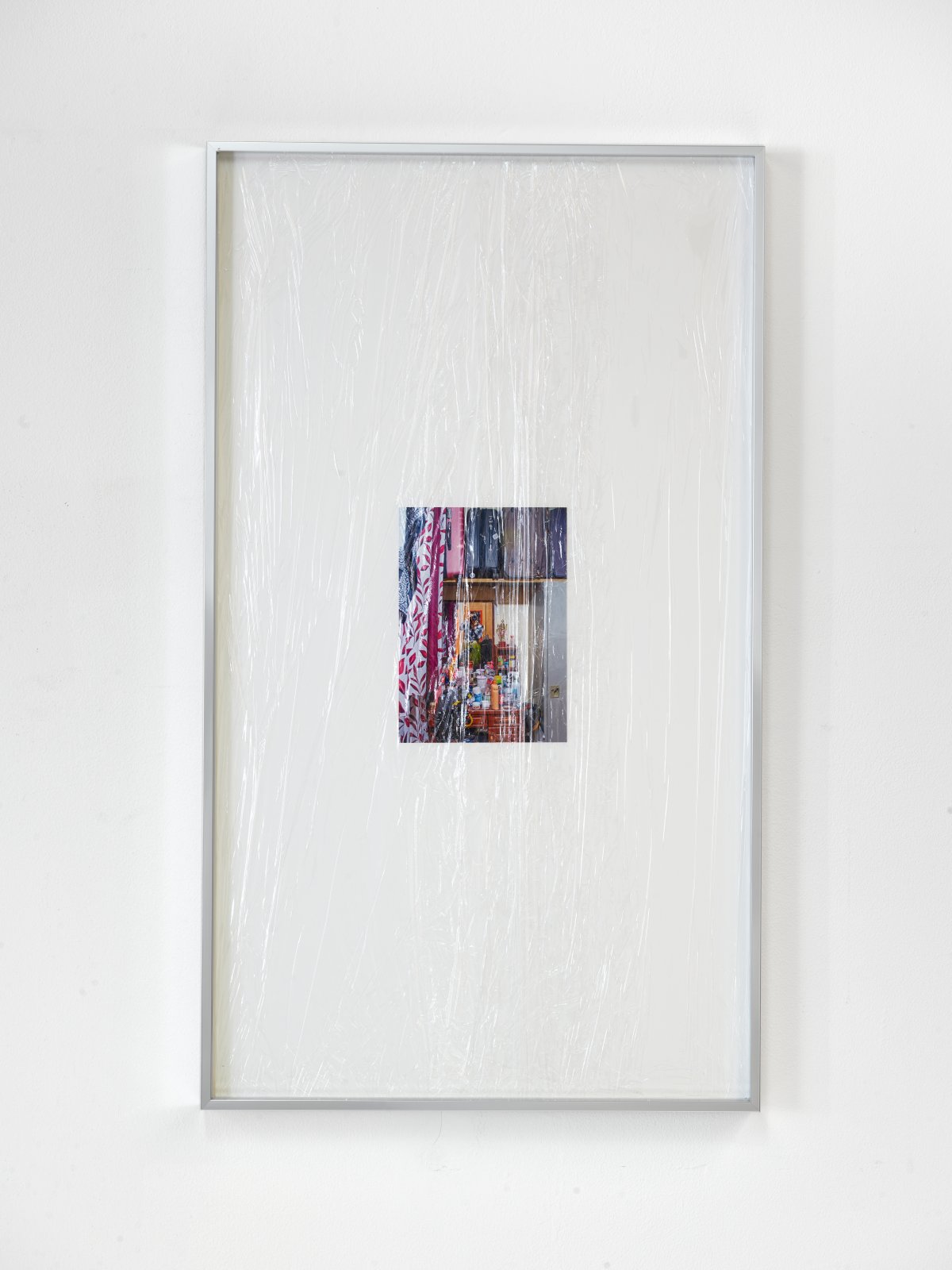 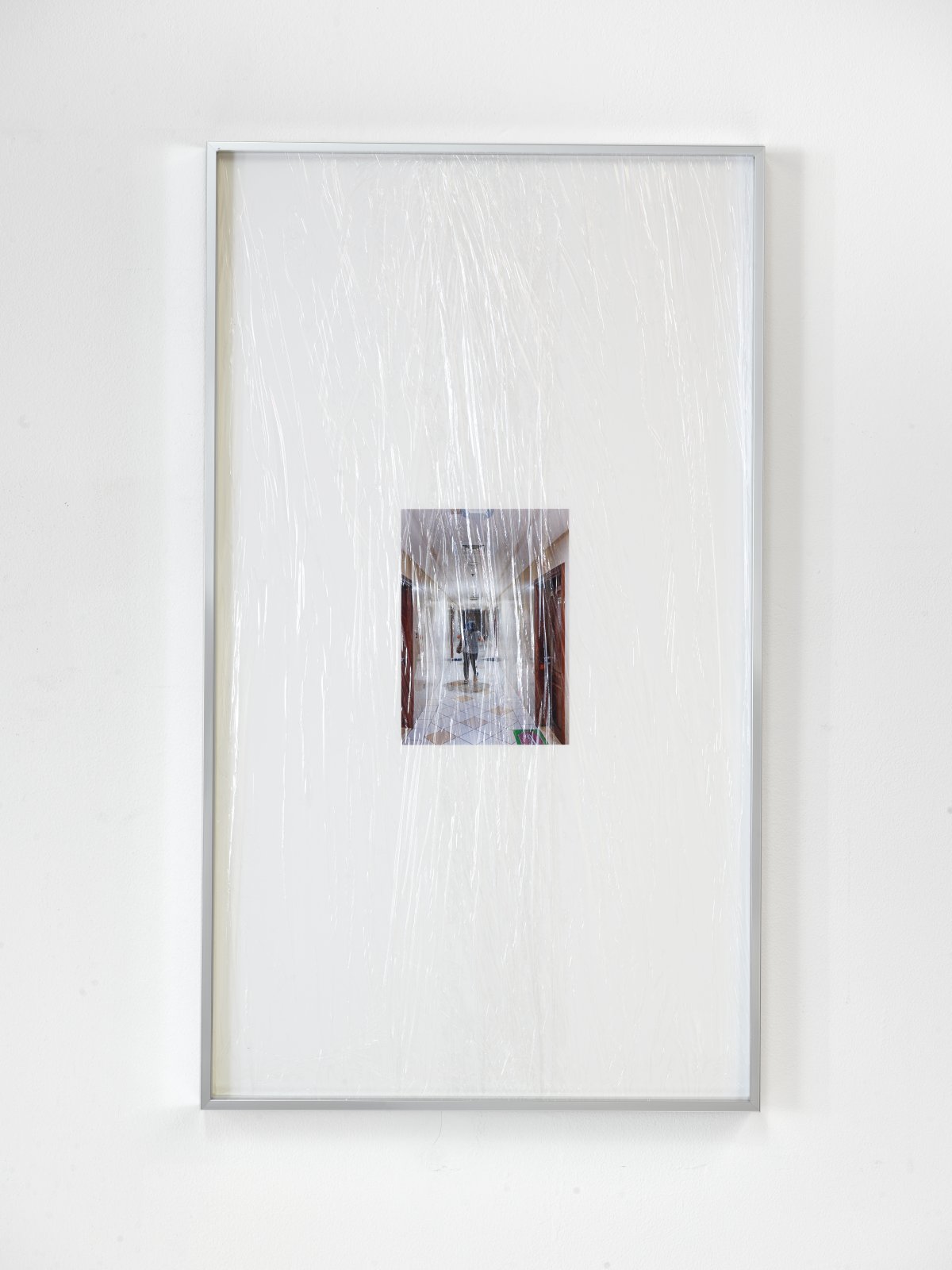 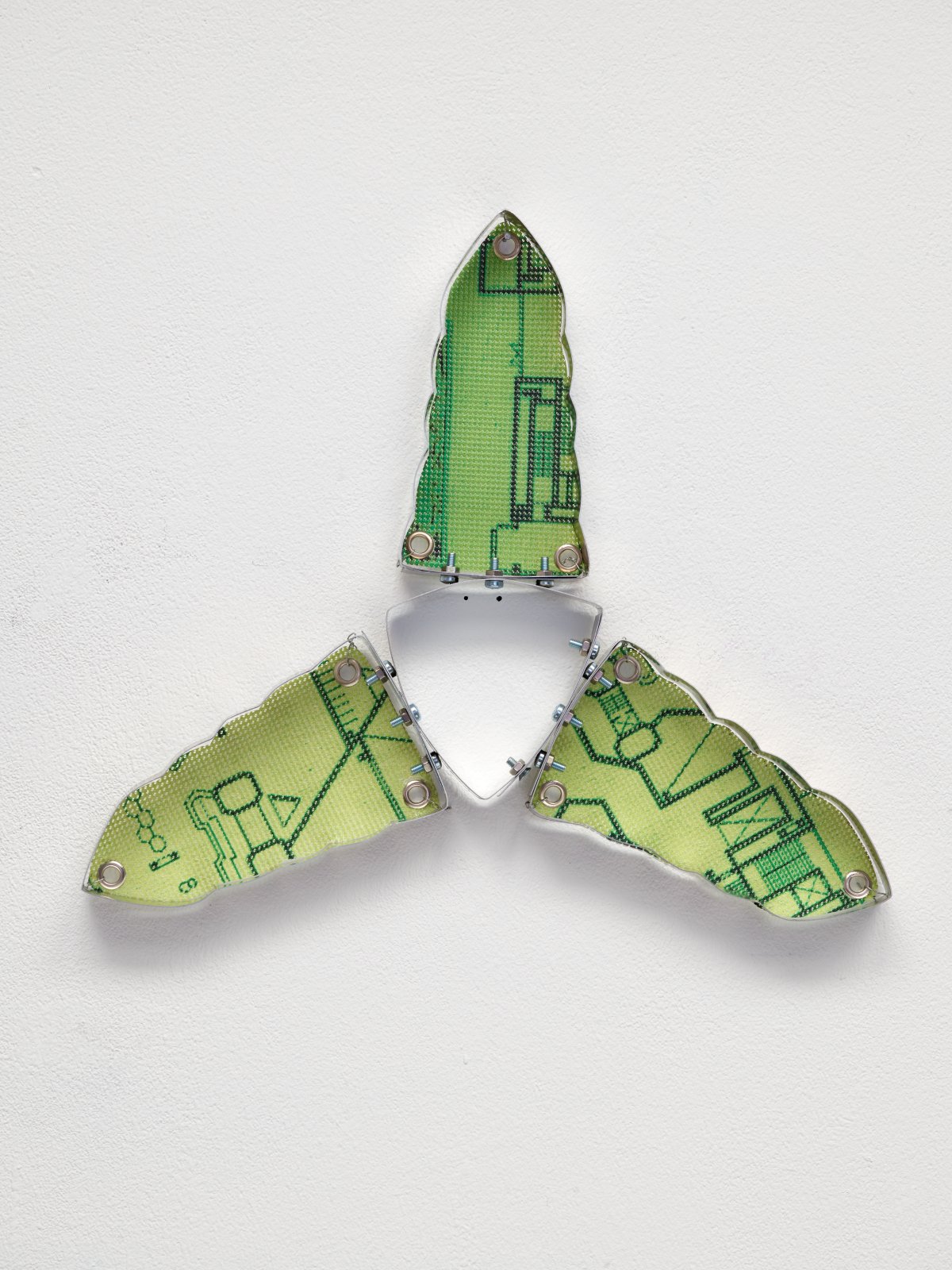 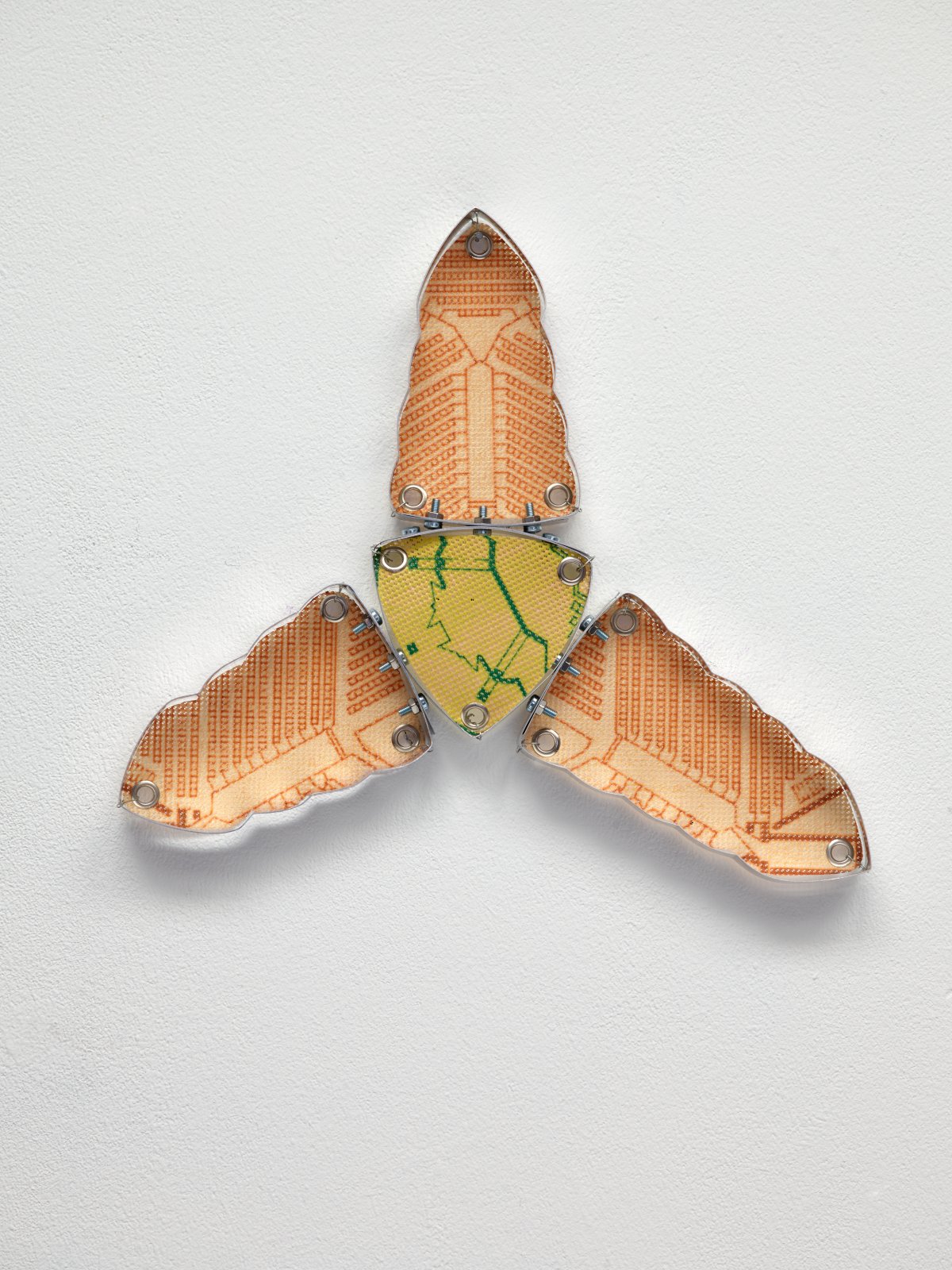 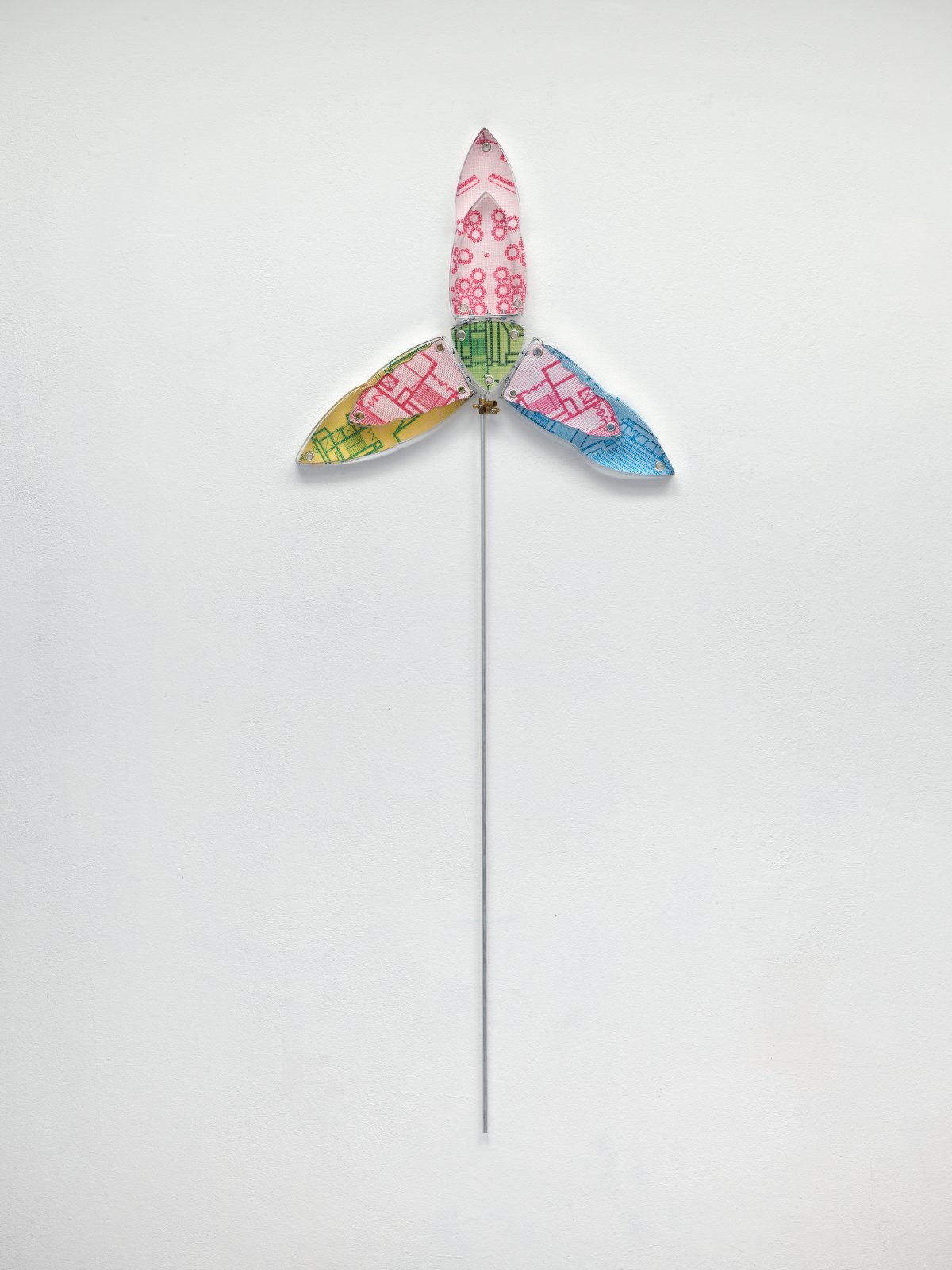 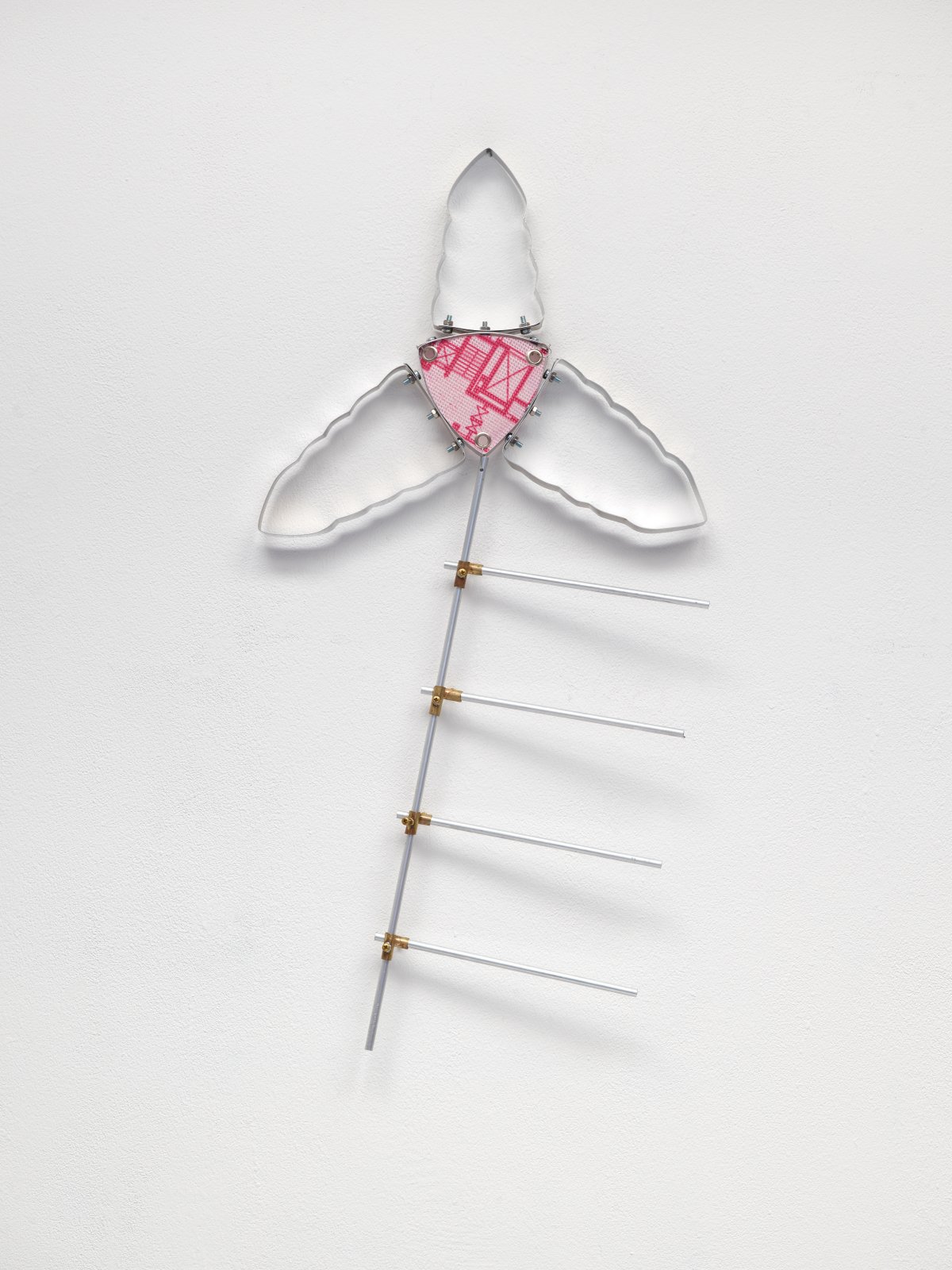 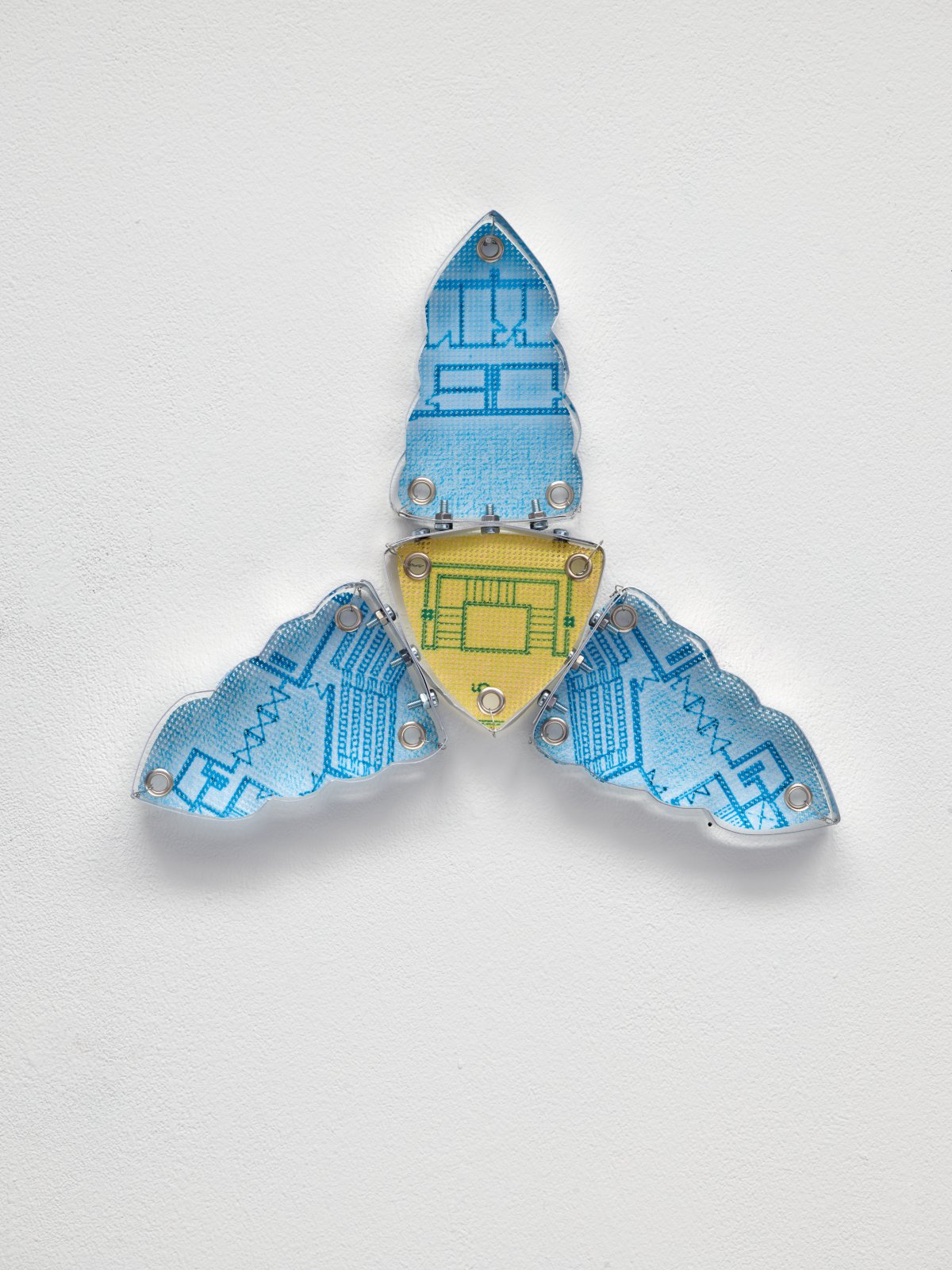 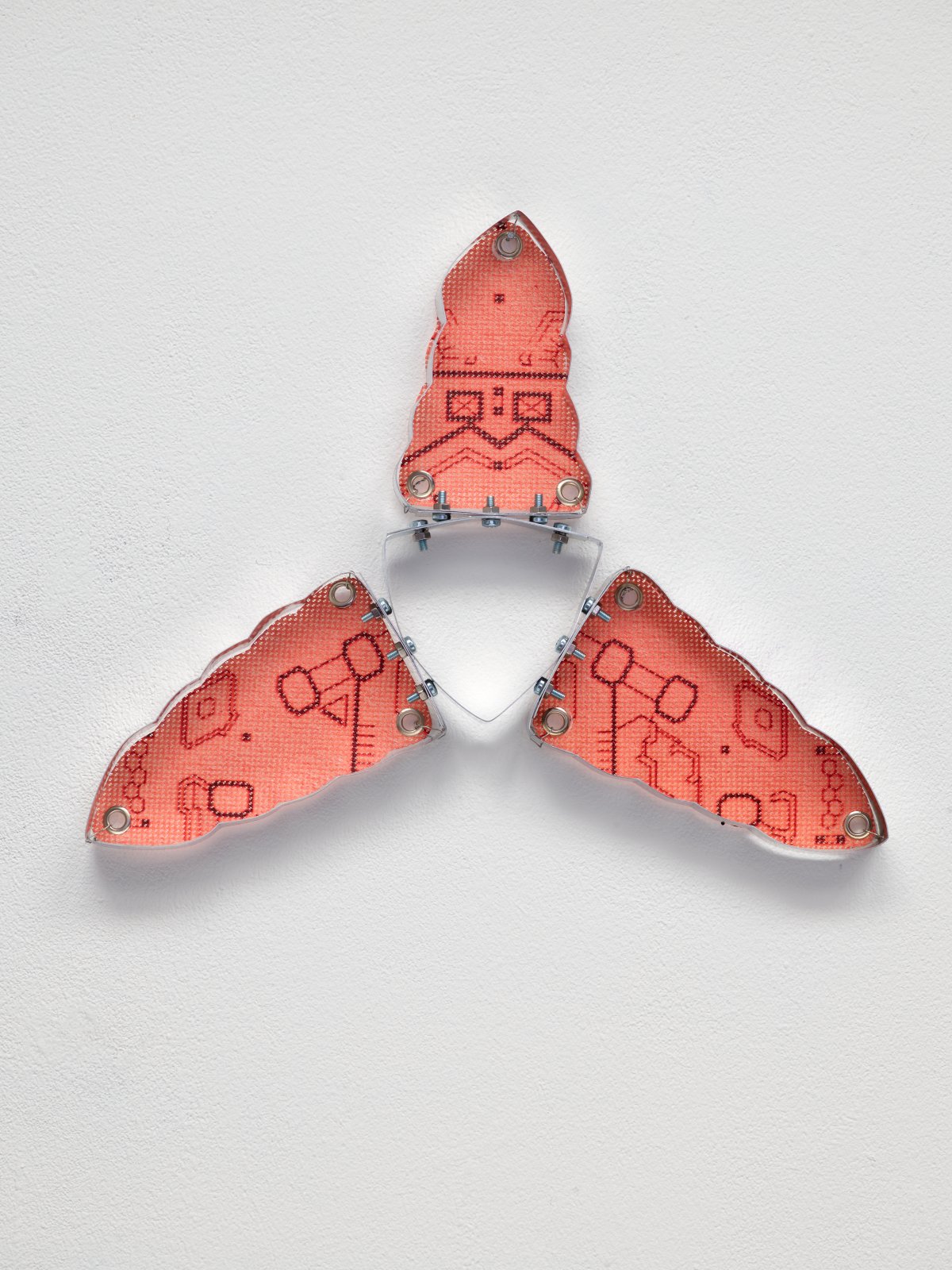 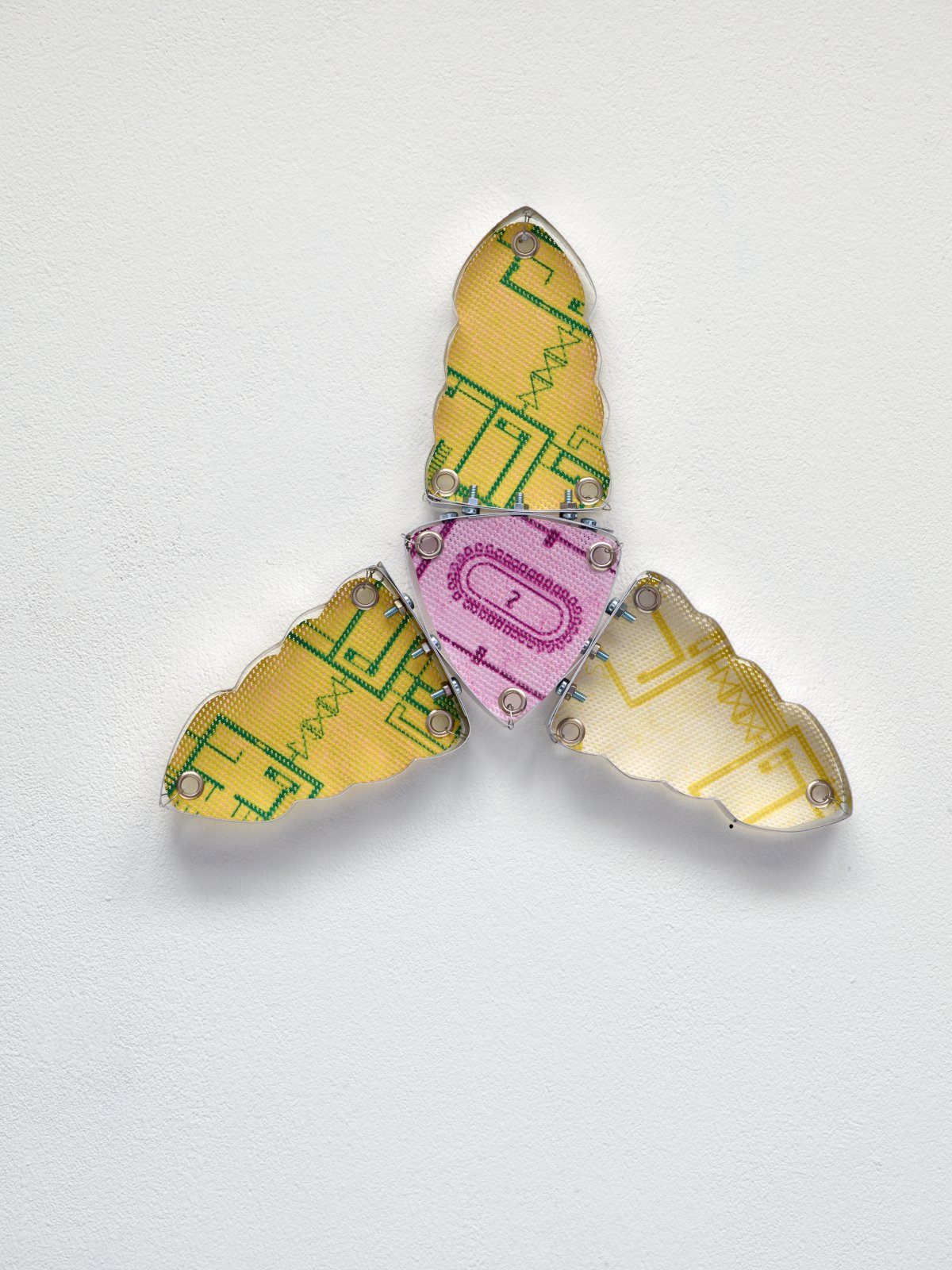 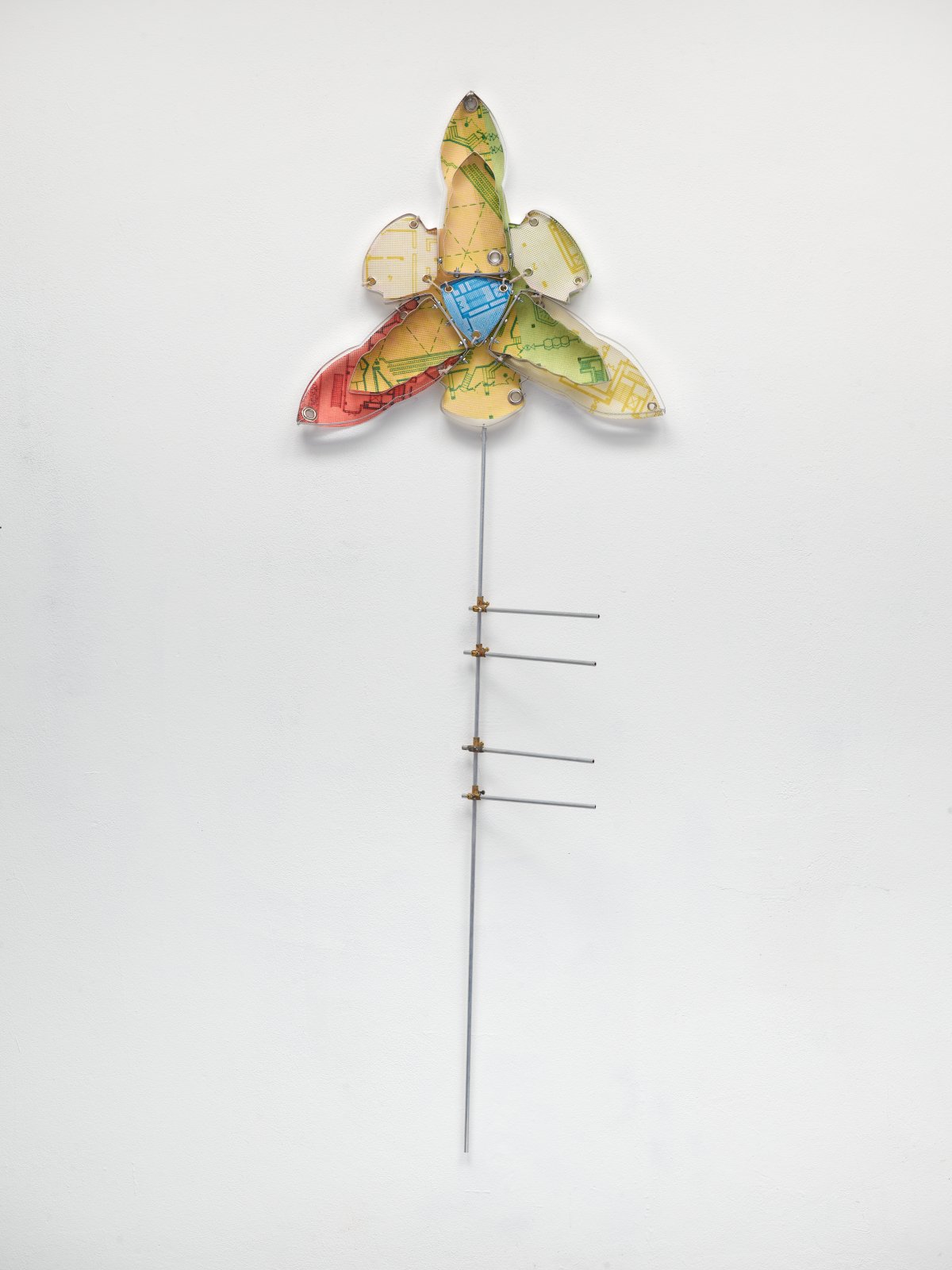 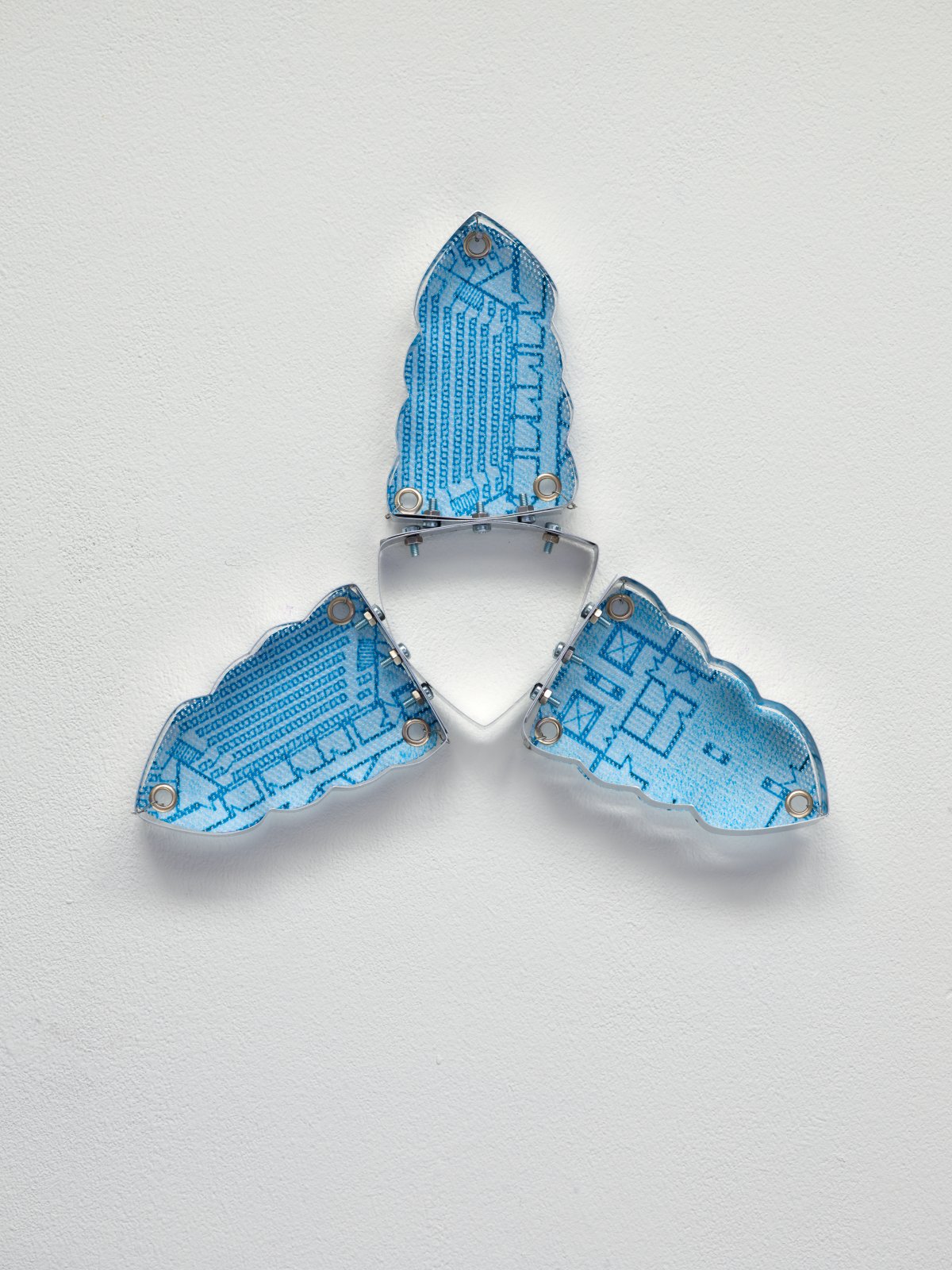 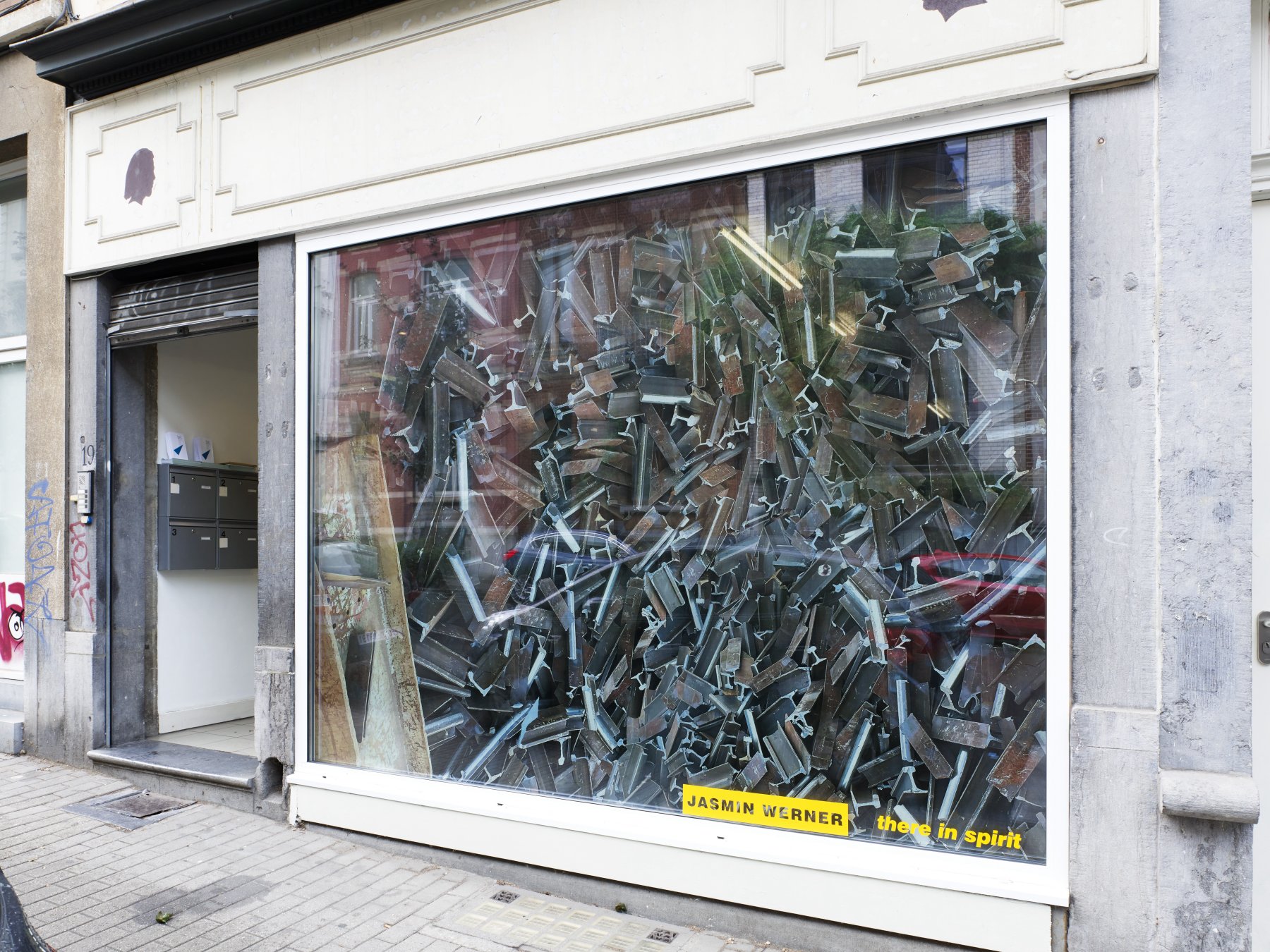 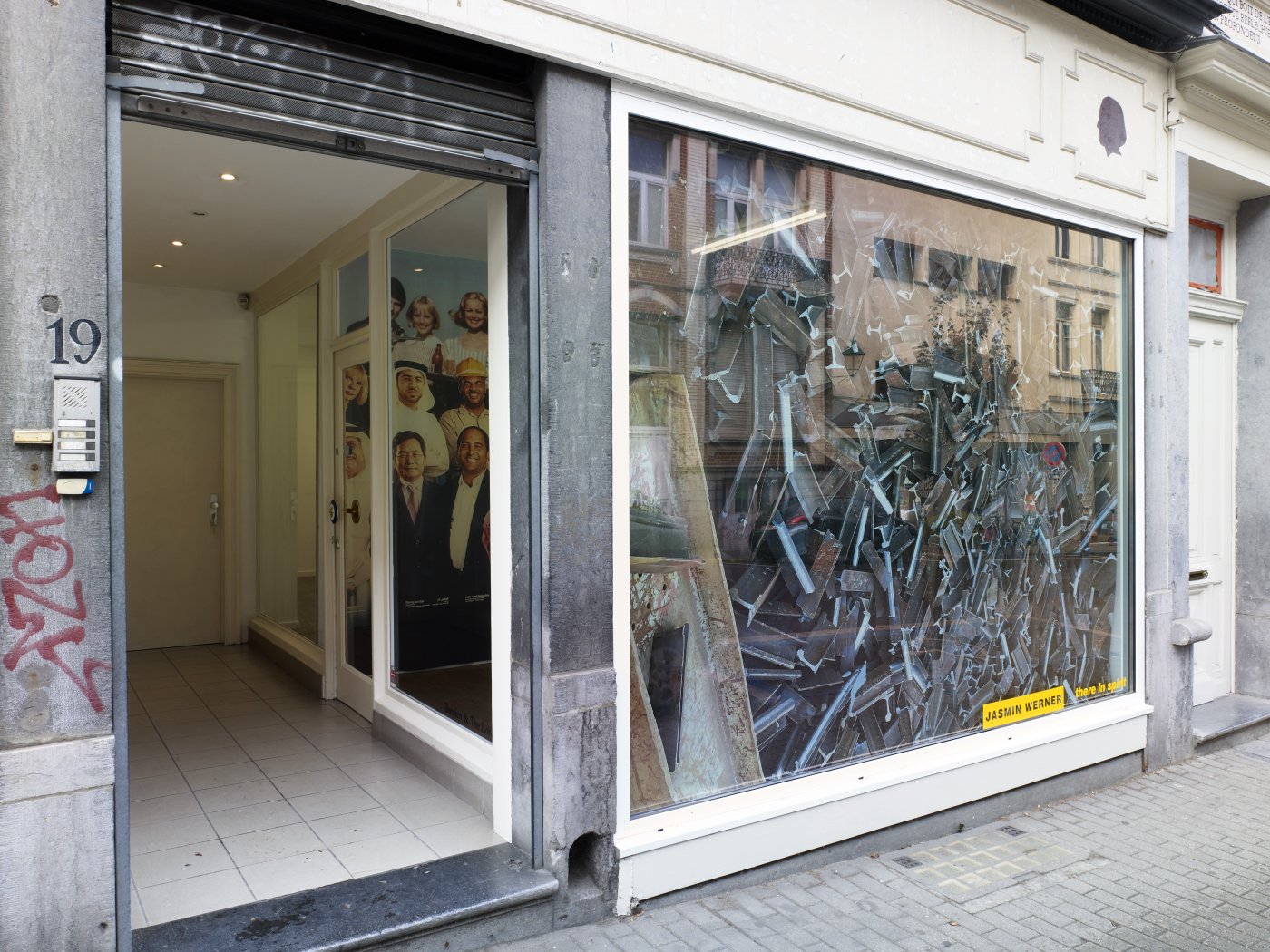 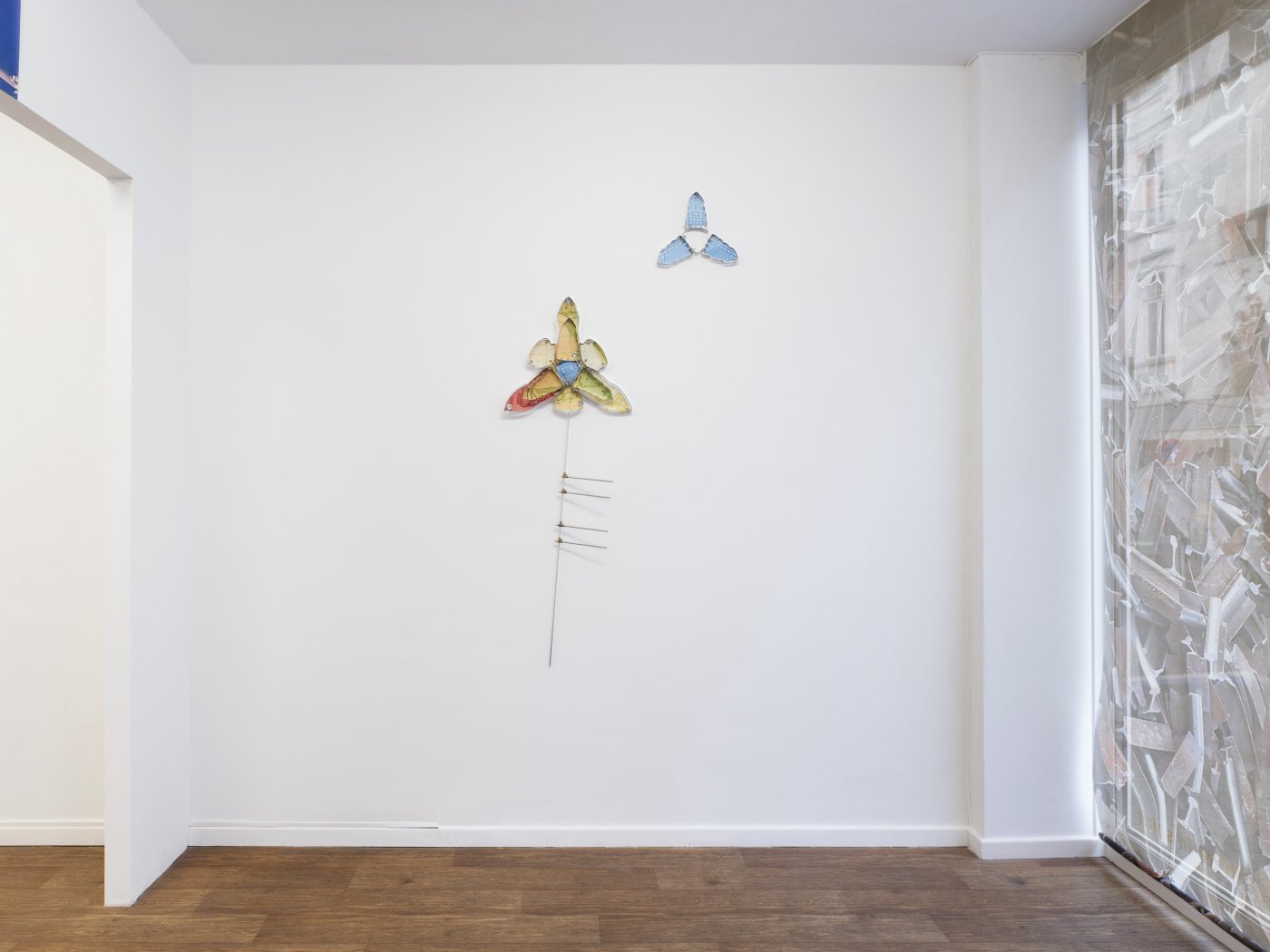 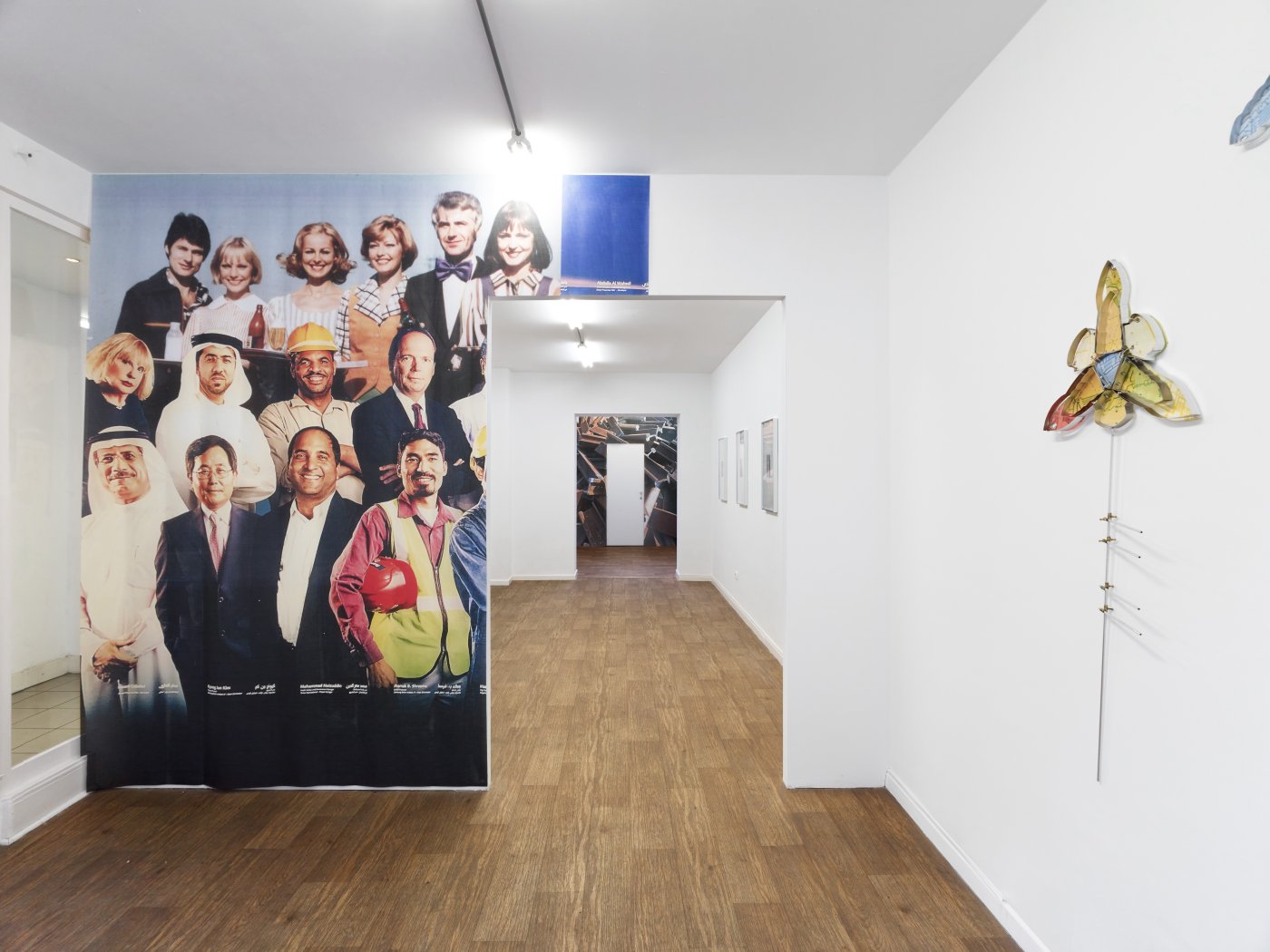 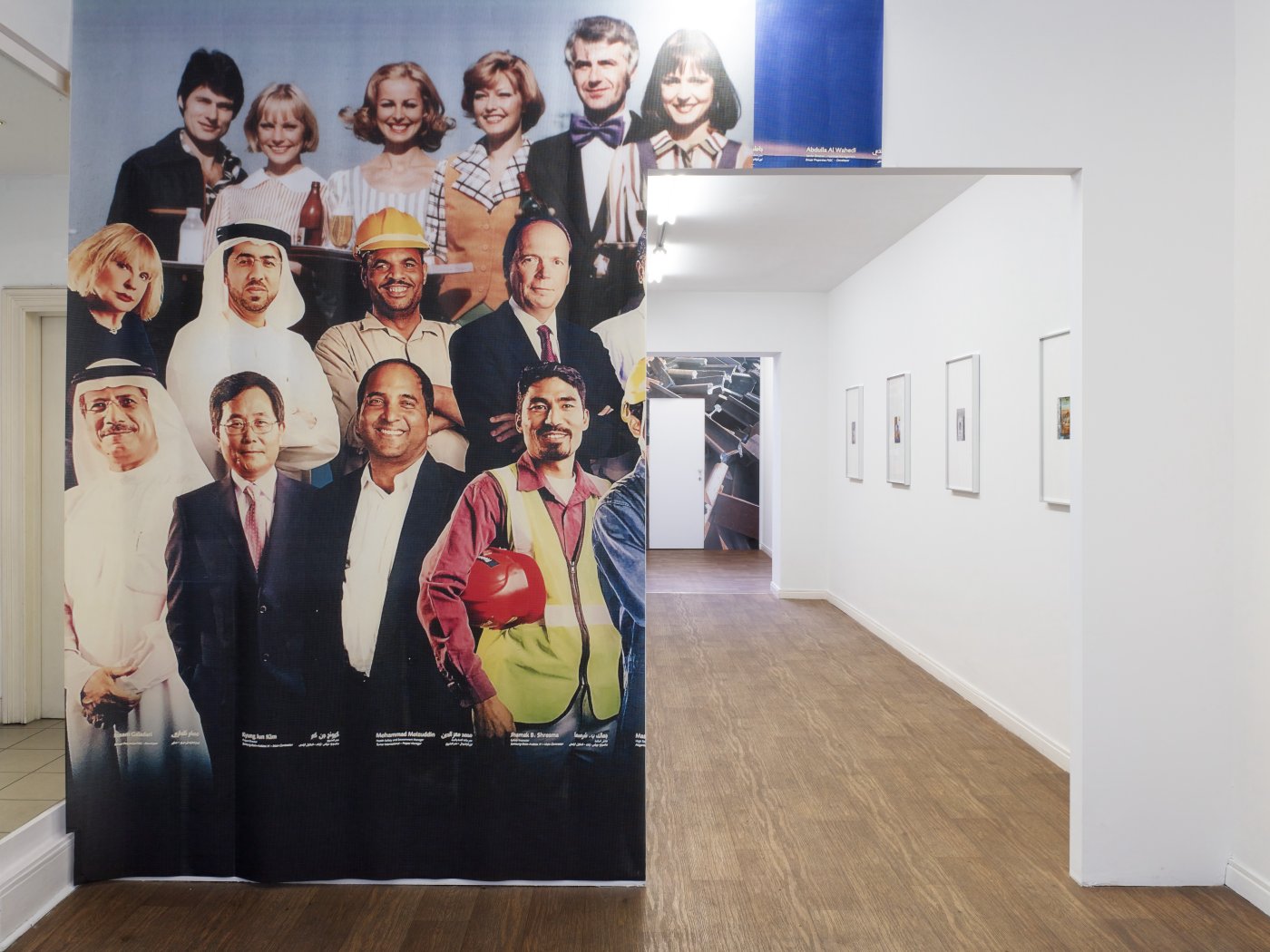 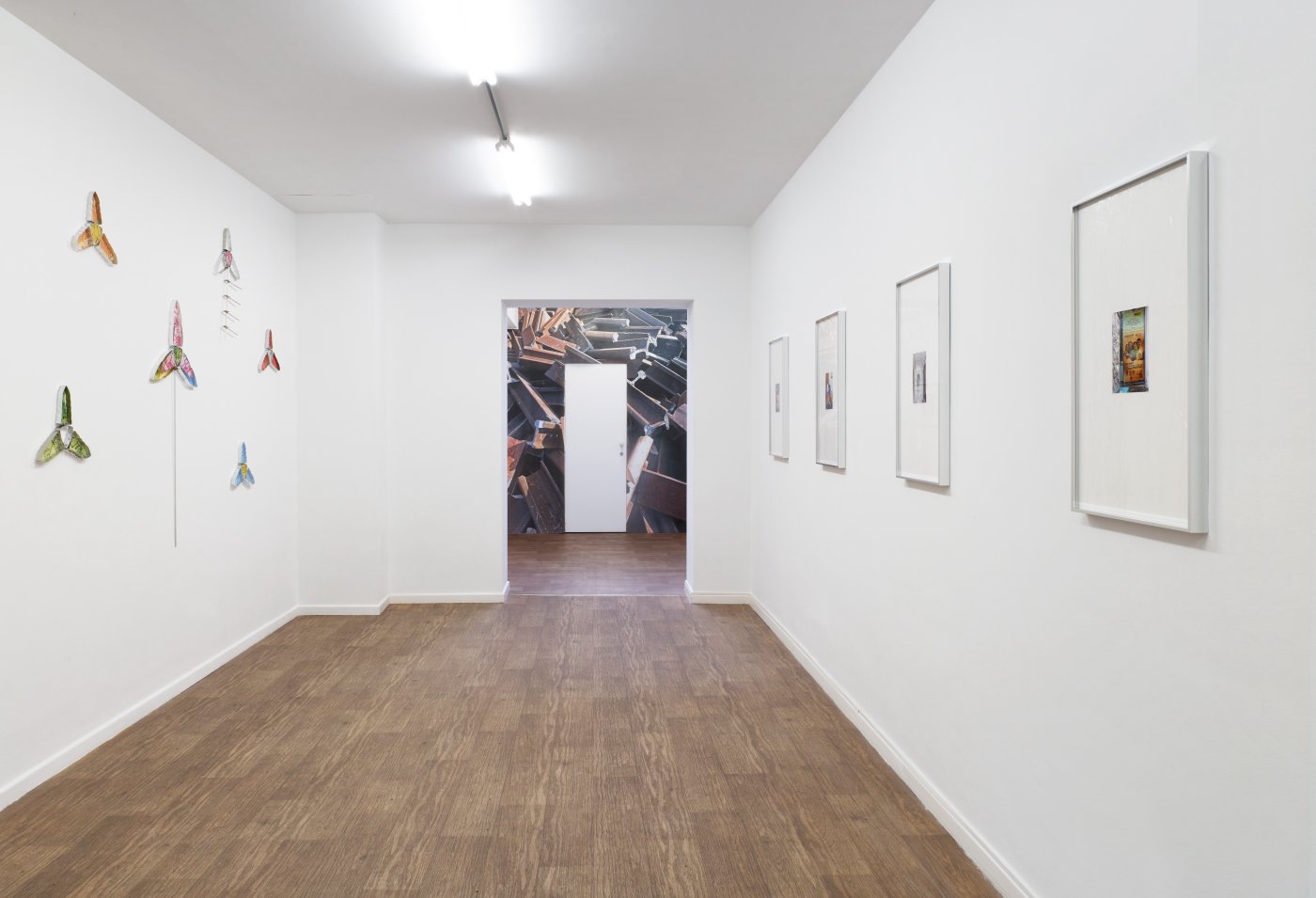 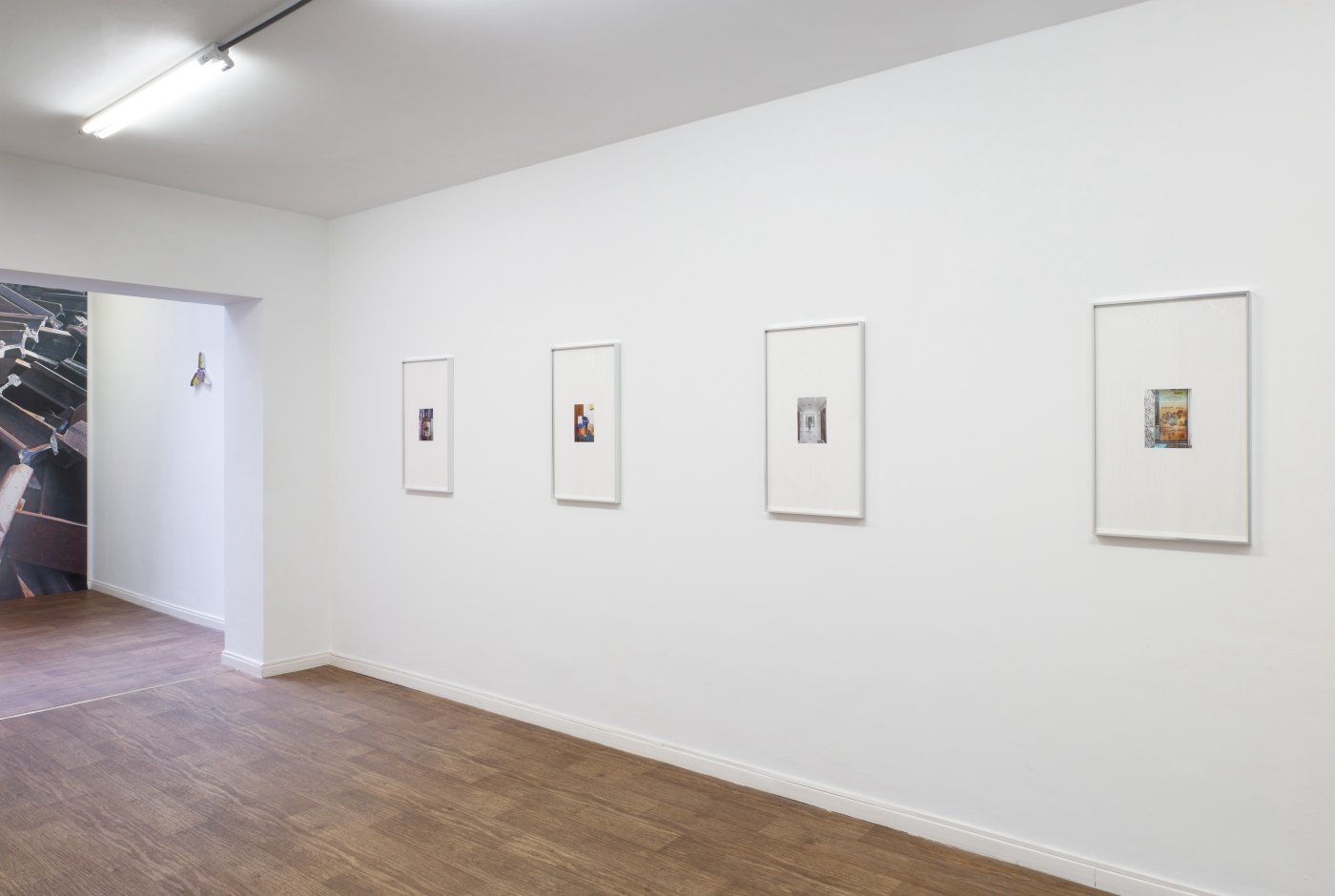 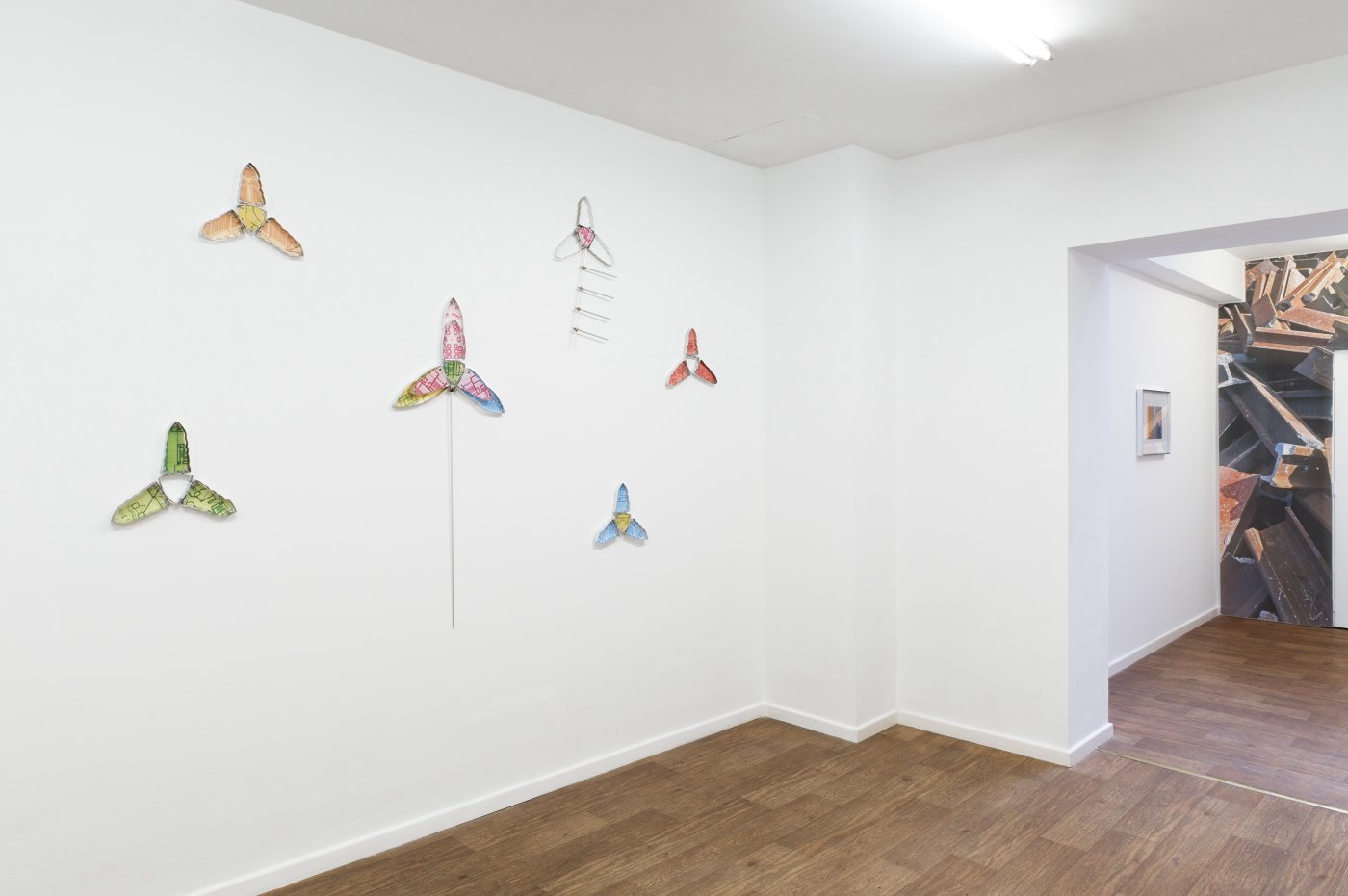 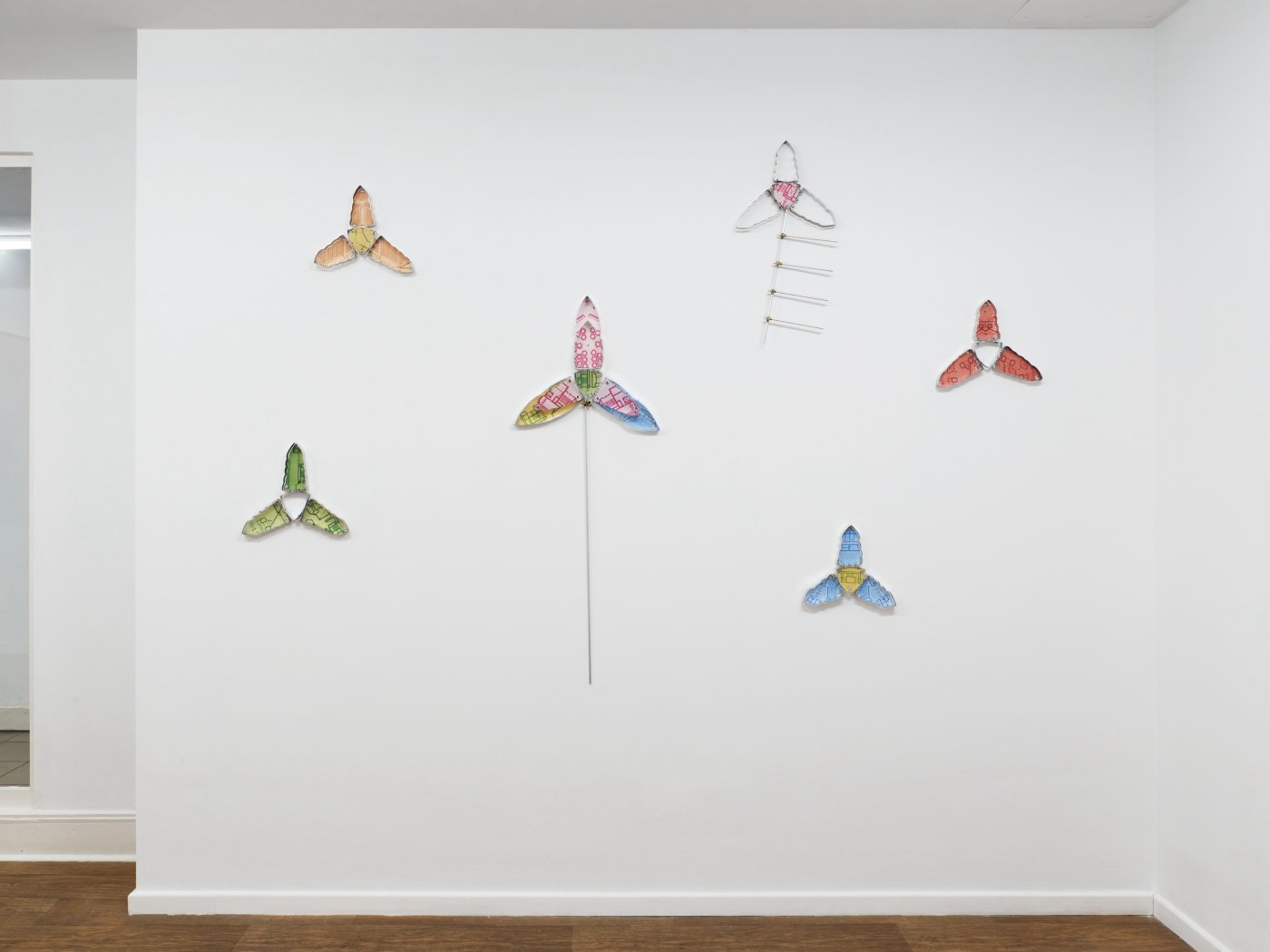 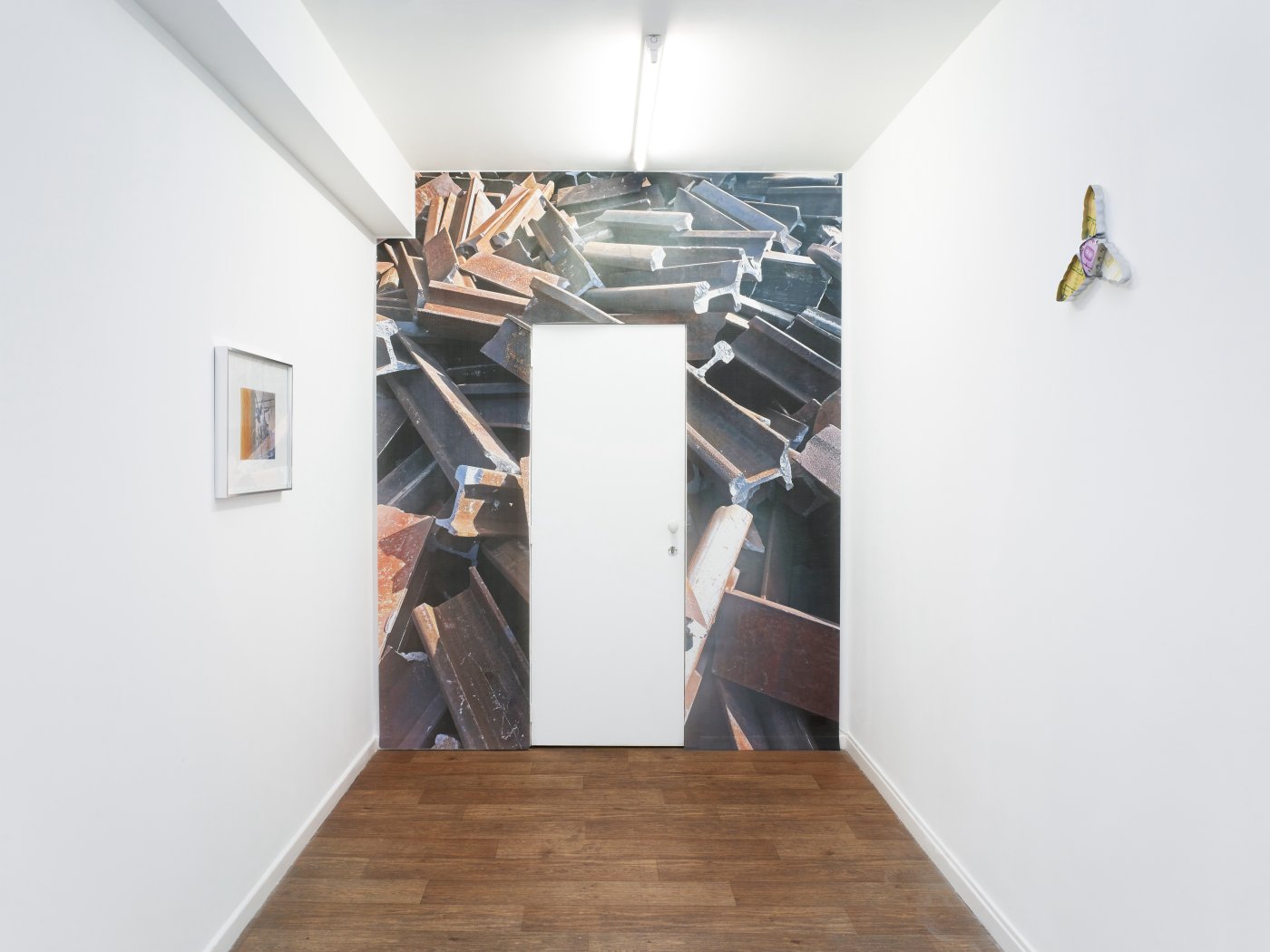 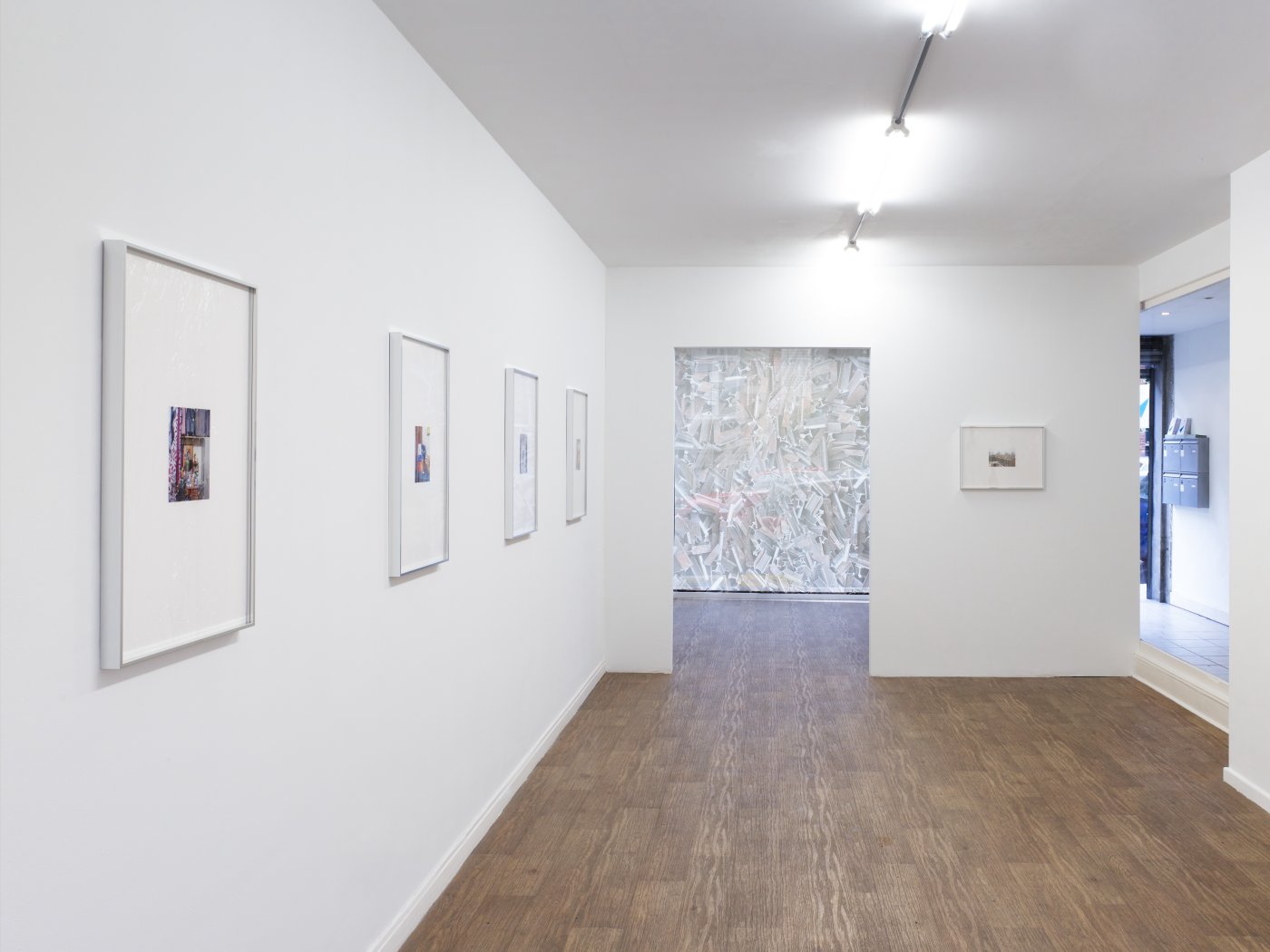 Embedded in Jasmin Werner’s latest suite of works is the sense that part of the picture is missing – or distorted in scale. Propped atop scaffolding models is the series carried away, wall sculptures comprising truncated floor plans of the former GDR building, Palast der Republik, configured in visually pleasing floral symmetries. Both lush and metallic in tone, their bent aluminum outlines are actually derived from cross-sections of Burj Khalifa. Al Satwa Balikbayan leaves even more to the imagination. These small format photographs swim in the center of framed blank backdrops. Covered in cling film, there is a layer of inaccessibility on offer. Employing various degrees of separation, Werner cleverly excises and covers visual information to show that the whole is never present. There is always a part of the picture that is imperceptible or outside the frame.

In the artist’s exhibition at Damien & The Love Guru, “there in spirit,” Werner expresses an urge to see – and be – somewhere else, but also the impossibility of doing so. The title, taken from Earvin Charles Borja Cabalquinto’s research paper – “We’re not only here but we’re there in spirit”: Asymmetrical mobile intimacy and the transnational Filipino family – on how migratory Filipino workers mediate intimacy with family members back home is not merely an academic exercise for Werner, a Filipina-German raised near Cologne and Berlin. In Al Satwa Balikbayan, she evokes elements of otherness through a distant gaze on her cousin’s diasporic life as a hairdresser living in the Al Satwa neighbourhood of Dubai. While this is an everyday that contrasts with Werner’s, it also presents the artist’s understanding of other lives. The otherness-within-the other translates well in Werner’s small pictures framed by white space. The subjects of each image – a stretch of corridor, posters for money transfer, a stacked storage room – are made to the measurements of balikbayan boxes and thus become layered symbols. They conjure both a mother’s ritual and the wrapped suitcases and parcels sent back home by migrant workers en masse. This is how Werner interweaves a collective experience with personal memory.

Yet the materials she incorporates belie a sense of nostalgia. Her images, scanned and printed on construction mesh, index an opacity as well as a porosity, like skin that cannot easily be peeled off. Greeting visitors at the main window is an image of steel beams in a pile, scrap I, an example that mirrors what goes into making a giant skyscraper. Taken from the company Schrott Wetzel’s junkyard near Dessau, it references the steel beams of the dismantled Palast der Republik, which were sent by the company to Turkey to be melted and then recycled for use in the world’s tallest tower, Dubai’s Burj Khalifa. An anime sticker on one of the beams is a cheeky reminder of the migration of popular culture, in addition to bodies and objects. By looking at the movement of steel from Germany to the UAE, Werner interrogates the conditions of transfer. She articulates the political economy of production and consumption in a socialist past and capitalist present. While the full trajectory of the material is not visible in the work, Werner constructs a mo- ment in time (between the before and after), like an archi-texture of material existence. She then deconstructs the idea of timelessness by abstracting the toughness of durable material in

By the right side of the entrance is workers, another wall-sized image printed on construction mesh. The bottom two rows are part of a snapshot taken in Dubai by her cousin Pepa Cadawas, featuring those who were part of the construction of the Burj Khalifa. They are set against a less defined top row of some of the Palast der Republik’s staff. In both cases, their cheery faces are a cruel evocation of laboring bodies in service of state infrastructure and architectures of desire. In this montage, Werner plores the connected histories of the former Palast der Republik and Dubai’s Burj Khalifa in human and non-human guises – labour and steel – through the impenetrable eyes of its builders, perhaps victimized by national advertising and state ideology.

The choice of provisional forms (in mesh, scaffolding and foil) and a billboard-like format is also significant. It indicates the notion of a constantly changing facade behind which something is happening – unseen by the viewer. In the reuse of the inanimate and the return of the structures and materials we leave behind, like collateral damage, Werner unveils interim states and shadow lives, imbuing her work with the spirit of presence.

Nadine Khalil is an independent arts writer, researcher, curator and content specialist. After a decade-long stint in art publishing, she is currently advising art institutions such as the Ishara Art Foundation, Goethe and the NYUAD Arts Center in editorial strategy and content development. She is former editor of Dubai-based contemporary art magazine, Canvas (2017-2020) and Beirut-based magazines A mag and Bespoke (2010-2016). Her writing can be found in Art Review, Ocula, Brooklyn Rail, Goethe’s Art and Thought journal and the Women’s Review of Books. She has authored a series of artist monographs (Paroles d’Artistes) on Lebanese artists Samir Sayegh, Hanibal Srouji and the late filmmaker Jocelyne Saab curated for film festivals such as Mid-East Cut and the Arab Independent Film Festival.