Axel Vervoordt Gallery presents the second solo exhibition by Jaromír Novotný (°1974, Český Brod, Czechoslovakia) in the Hong Kong location. The exhibition invites visitors to experience the silent and seemingly monochrome creations, which, through the use of colour and materiality, enable the power of memory and remembrance. 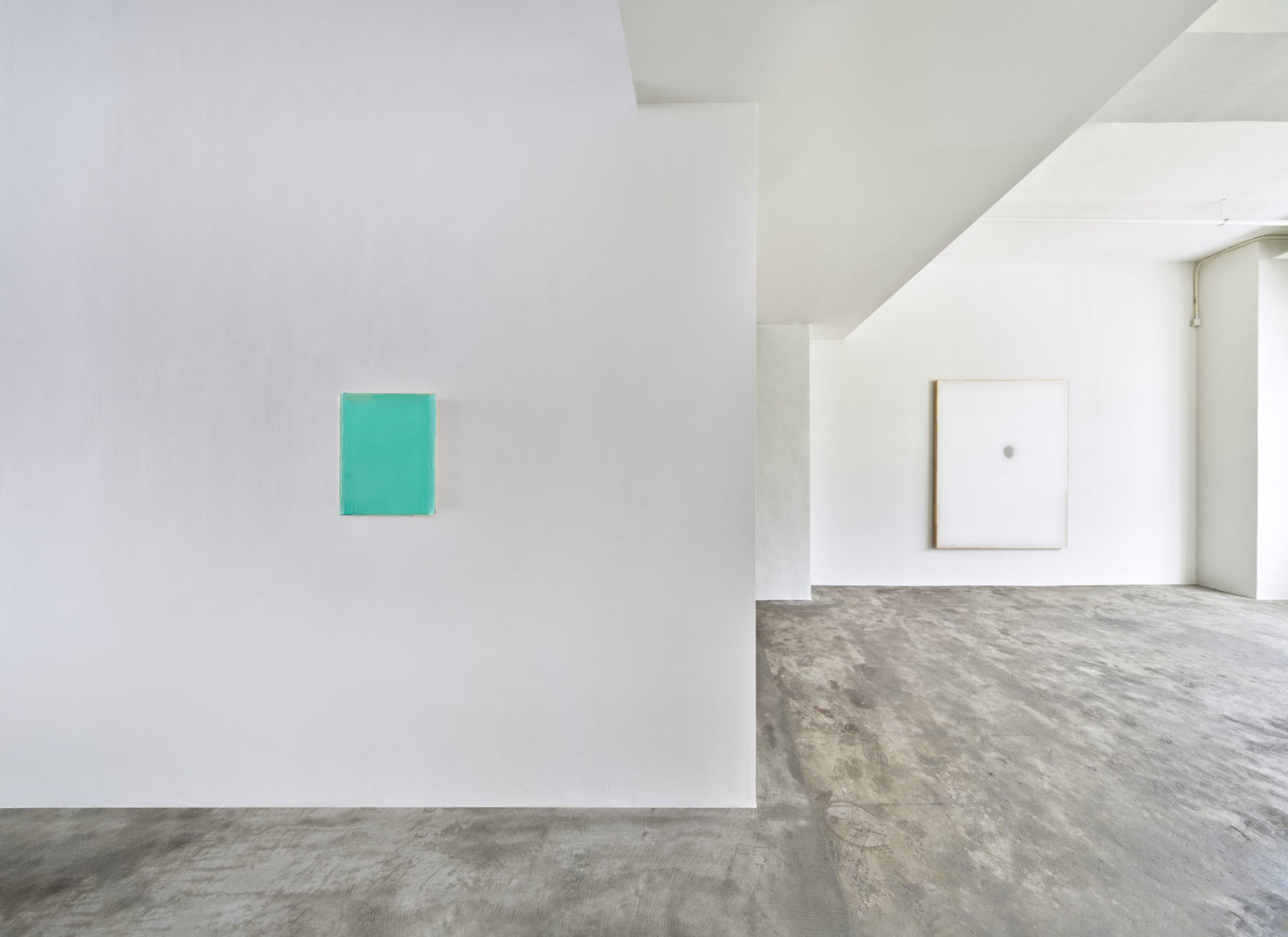 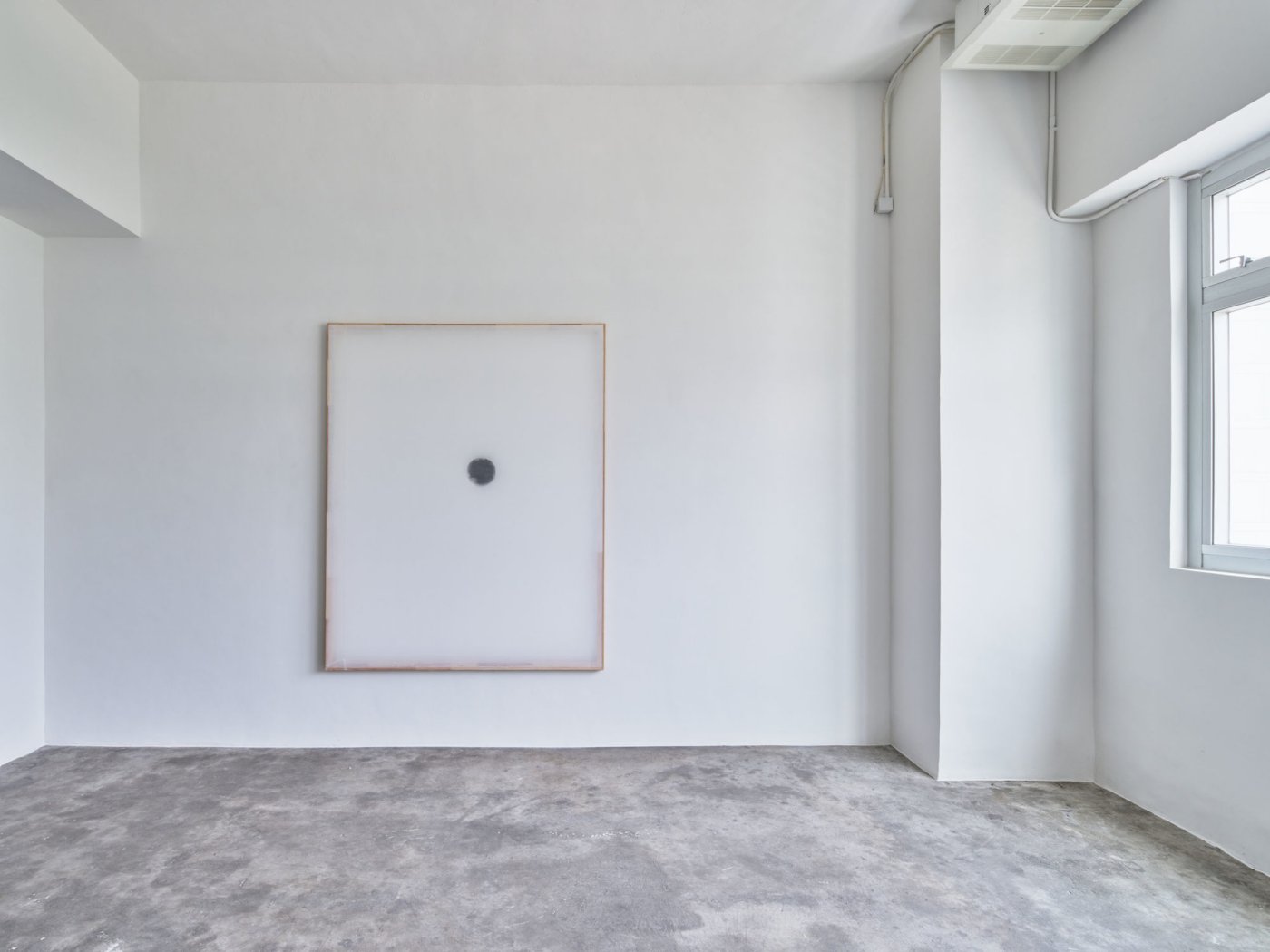 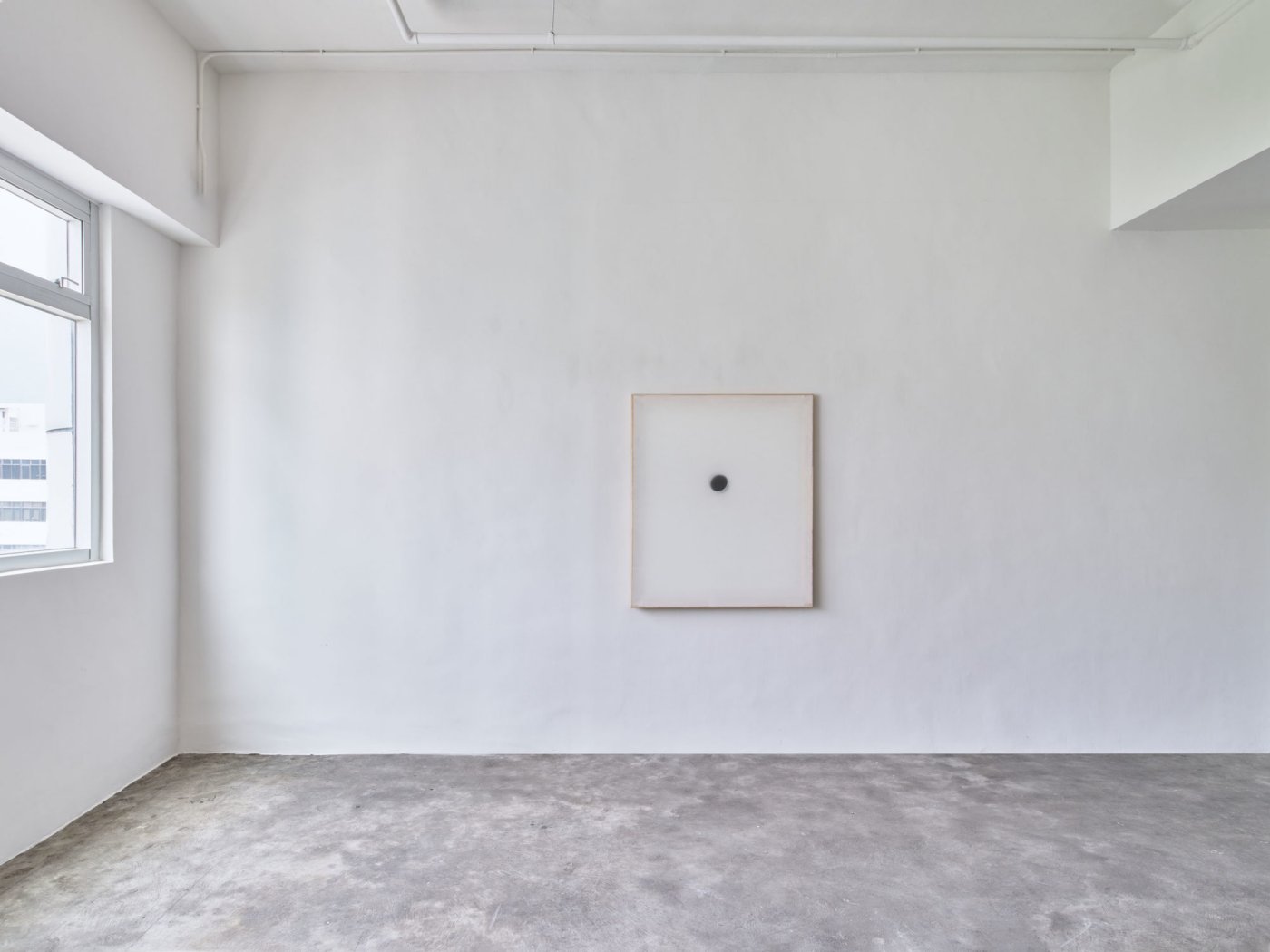 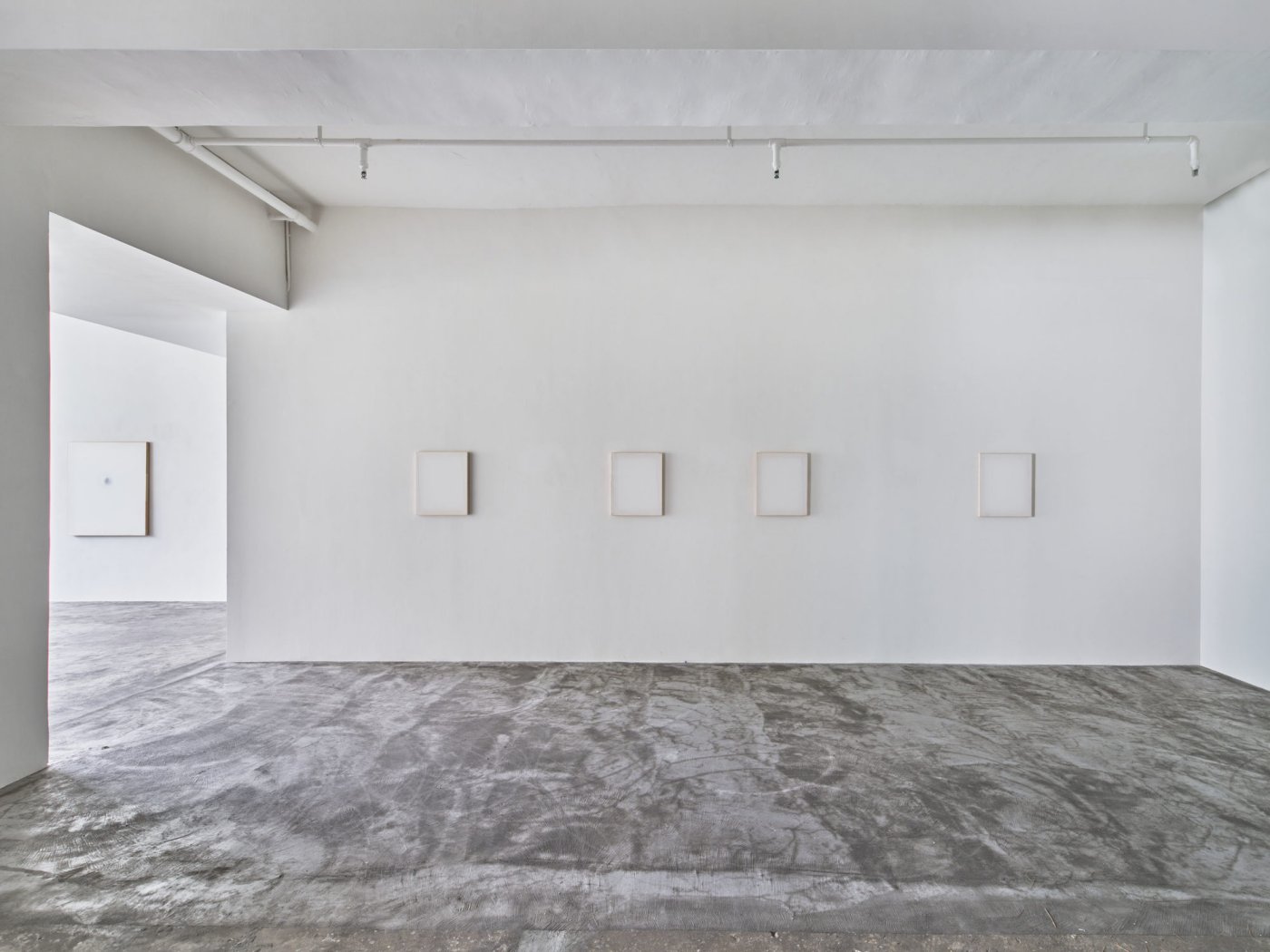 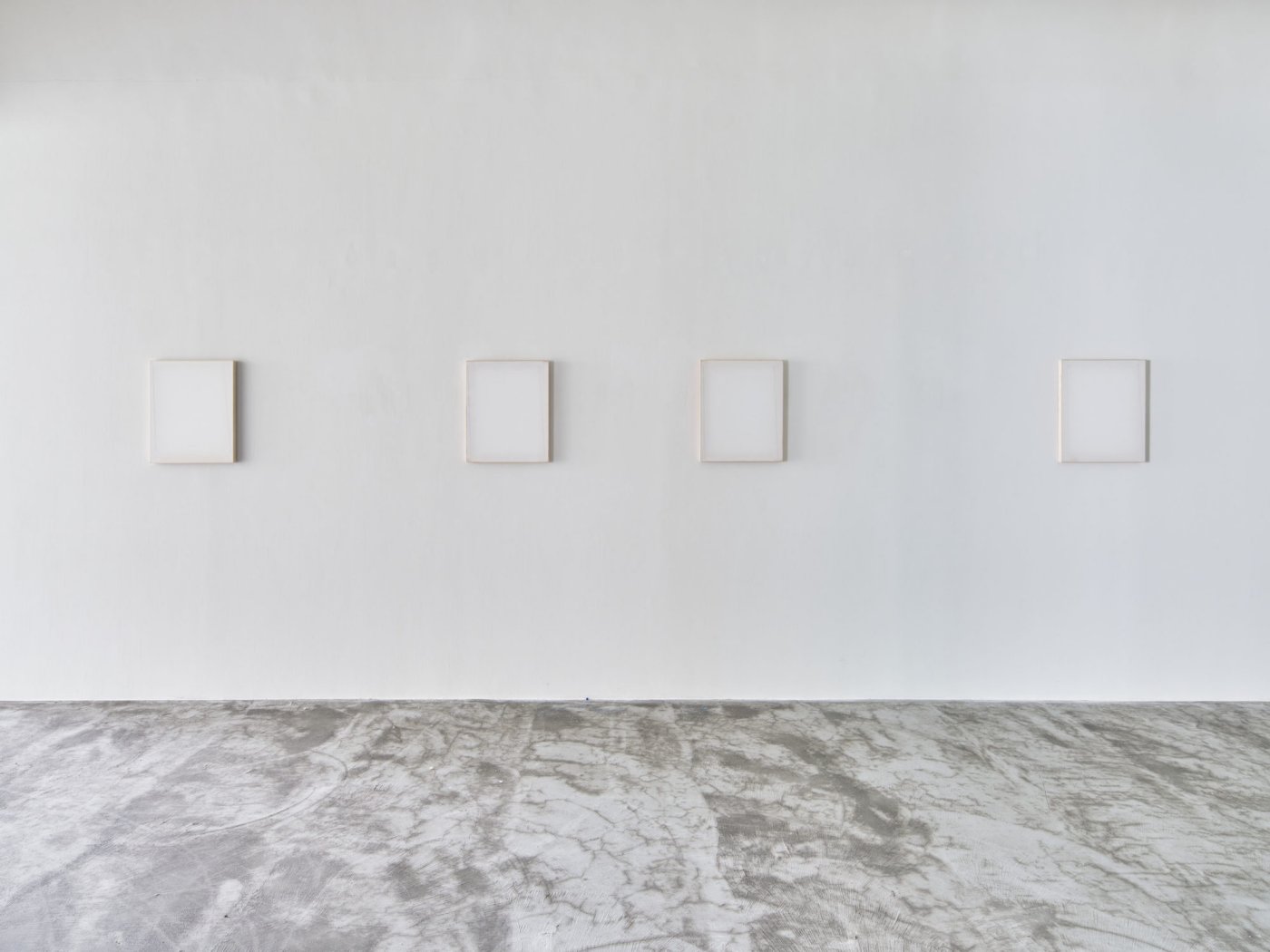 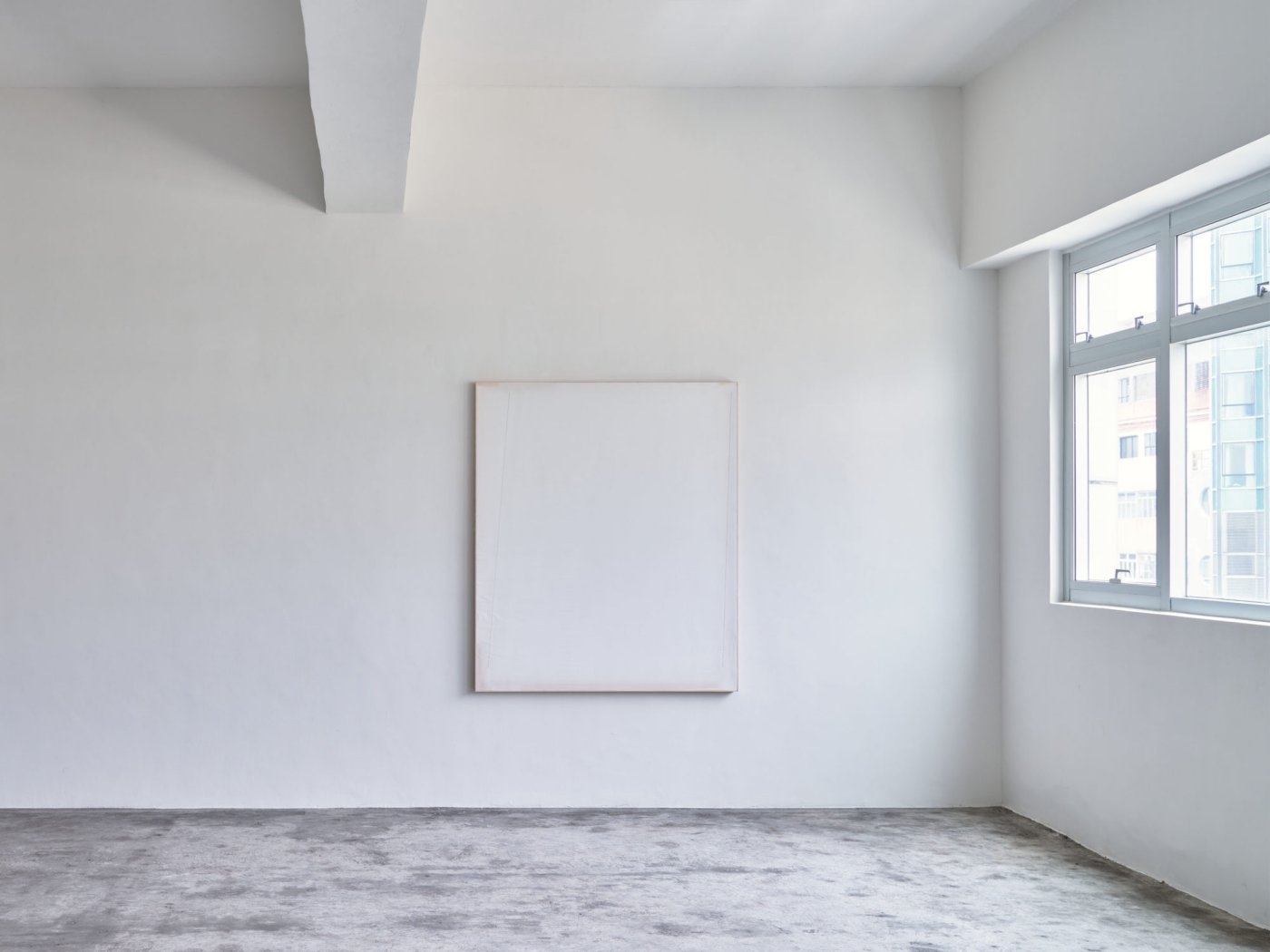 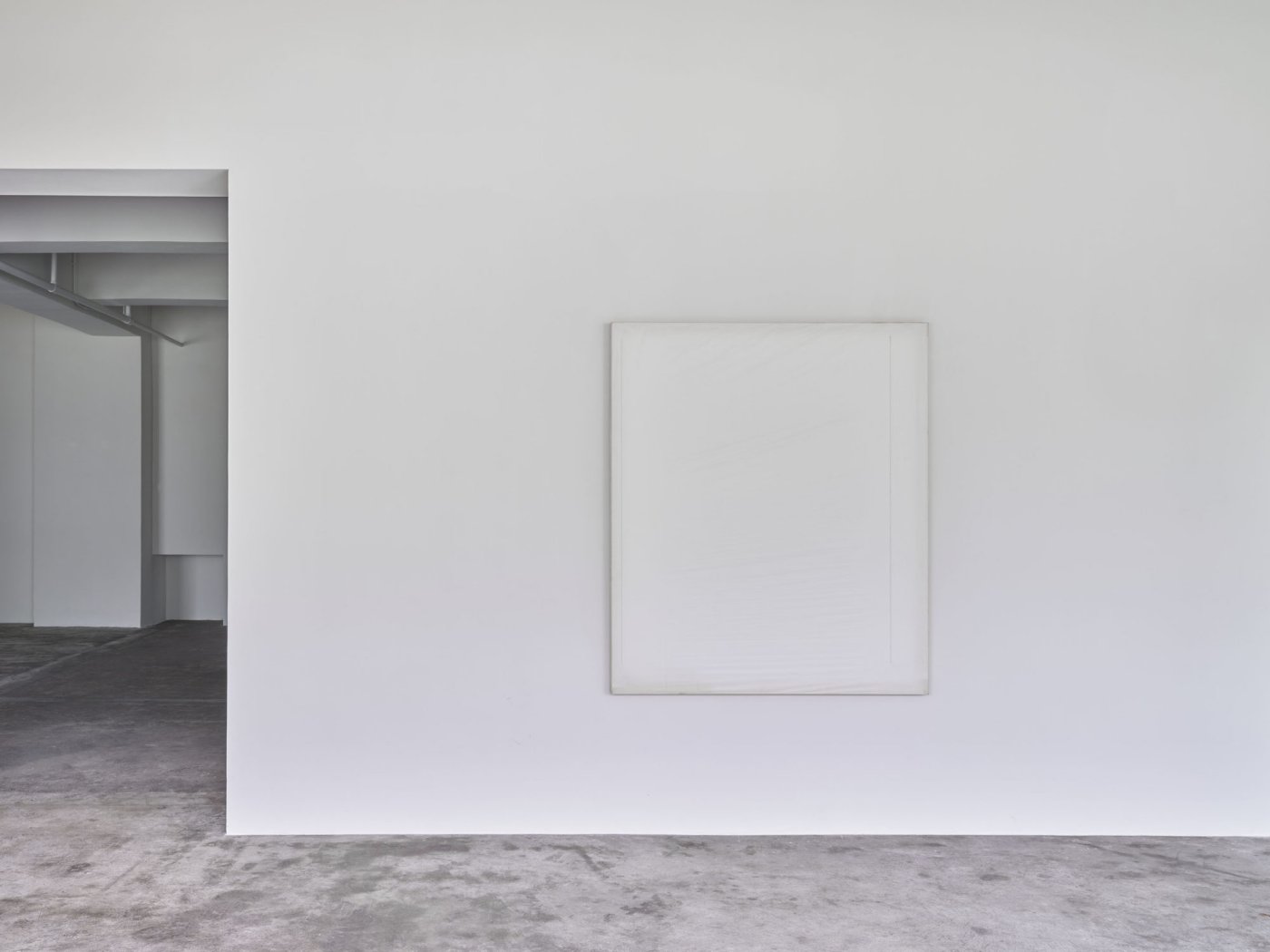 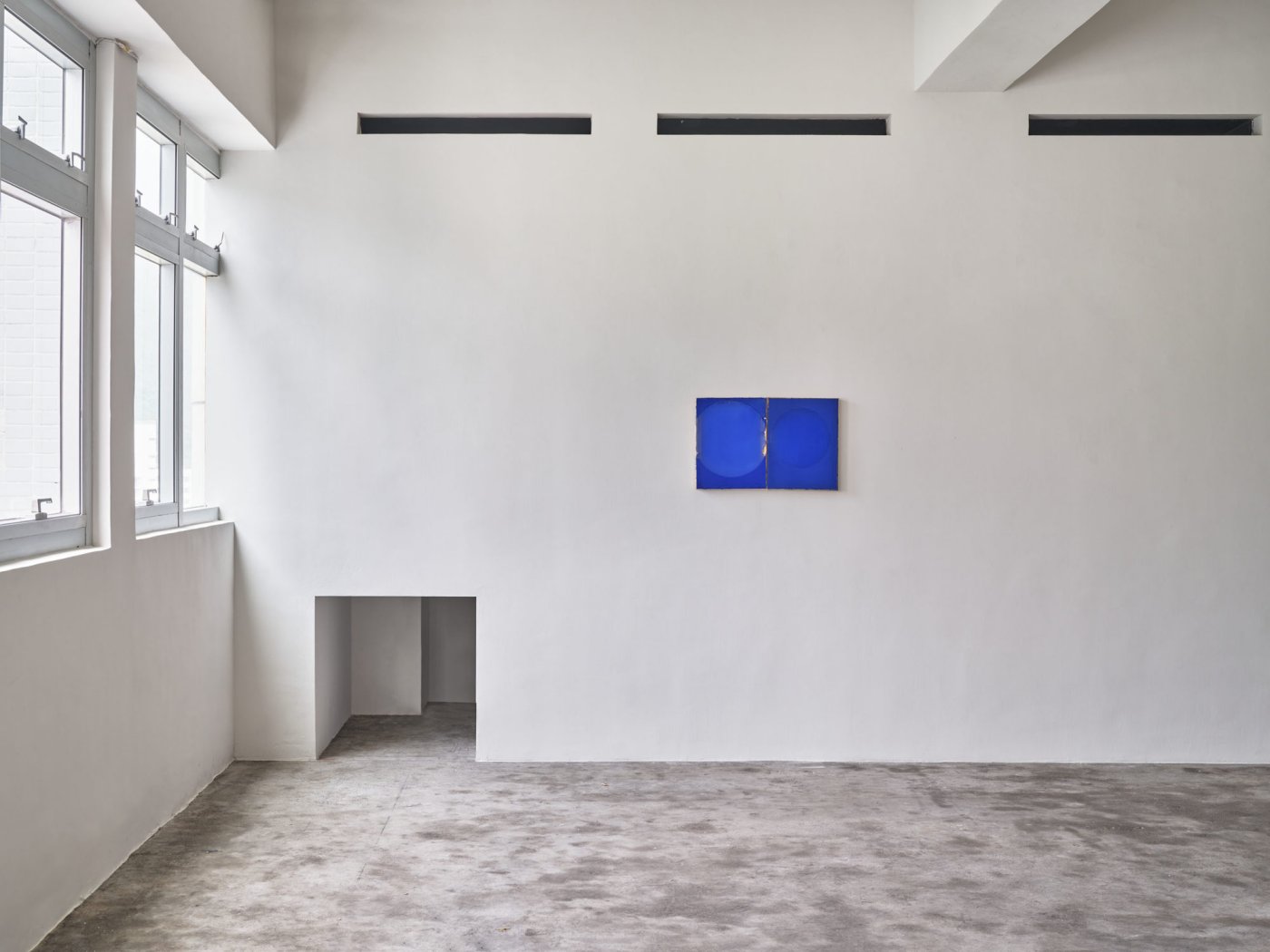 In modern days, there’s a strong tendency to rely only on what is seen. The act and ability to see may result in an illusion or misconception of things and situations. However, Novotný’s works and his creative process gently reminds viewers that human intuition has great potential, perhaps more than may be realised. The word ‘tactile’ was derived from Latin for ‘that may be touched, tangible’. It refers to the physical act of feeling; the experience of touching – for example, the skin. Novotný’s work bears the traces of the human hand and presents itself as a skin around the frame, or a membrane that blocks certain aspects or sensations of vision while allowing others.

Novotný creates his works using acrylic on polyester organza, stretched on a wooden frame. The paper and canvas inserts and threads on the reverse of the painting lead to a great sensitivity. This notion of bare presence conveys that Novotný uses painting as a medium to solidify his artistic vision. The work’s tactility invites viewers to “feel” rather than “see” them. As a result, Novotný’s creative process allows the exploration of the painting’s perception and inherent purity. The experience with the work reveals the essence of painting.

Because the artist’s hand is visible, so is the process of creation. Novotný presents his painting as a medium; his medium as a subject. Thus, subject and object are merged. As a result, he rejects conceptual and formal interpretations. Rather than American Abstract Expressionists and Minimalists, and artists such as Willem de Kooning and Donald Judd, Novotný creates emptiness by omitting certain aspects from the work, such as adding an excess of paint on canvas or removing the human touch from painting completely. The result of Novotný’s work is an eloquent but enigmatic form of transparency.

Although the connections with American twentieth-century art and Novotný’s works are interesting; those with the art that was created in China at the time are perhaps even more so. In the twentieth century, in line with Taoism and the Chan (Zen) school of Buddhism, increasing attention was paid to the philosophical concept of emptiness and the void in a painting. “I do my utmost to attain emptiness; I hold firmly to stillness. The myriad creatures all rise together, and I watch their return,” Lao Tzu wrote centuries ago. Empty space is treated as solid space: “Knowing the white, retaining the black, it is the form of the world.”

Novotný’s approach to empty and solid space leans towards this. About his work, Novotný once said: “Black as the foundation, white as the lightest shade of black”. Synthetic organza came into his oeuvre when he was looking for transparent textiles that could replace the canvas; it transcends the material and makes it a degree whiter. The elements behind it become more diffuse in a certain way; faded by the washed-out contours.

The things considered in emptiness in Chinese landscape painting are the same as those associated with phenomena of nature – fog, sky, clouds – elements of limited visibility clear up for those who physically move in it; those who spread their attention and imagination.

In Chinese painting, however, the true mystery of emptiness lies in the concept of the qi, the term that refers to the living energy of the work. Without qi, the work is lifeless; qi determines whether a work is perceived statically or dynamically. It stems from the inner self of the artist, as a result of his interaction with material and technique. It is, to rephrase what was said before, the medium to solidify the ephemera of his artistic vision.

Novotný points out that the assumptions with which viewers look at a painting, as being determined by memory and the underlying meanings of the (re-)presentation. The perception of the work is based on the notion of reappearance, although the creation of the work itself is also limited to certain constraints.

For Novotný’s works, recurrence can be conducive to creative solutions. With the act of recurrences – with which Novotný experiments a repetition of making units, leaving empty fields, and creating a trace of execution – he can aspire or eventually reach out to boundless limitations. Viewers then may feel his perception towards the paintings and witness his progressions appeared as recurrences. His ongoing quest orbits like a constant circle within the world. The world, in which qi is an enigmatic power.

Weimin He’s essay, written on the occasion of the exhibition, “The Mystery of Empty Space. An exhibition of twentieth-century Chinese painting” (The Ashmolean, Oxford, 2005), provided context and information in the drafting of this exhibition overview.