Pontone Gallery is proud to introduce Polish painter Jarek Puczel. With a background in film and design, he found his vocation in painting and for the last fifteen years has worked prolifically, showing at many international art fairs and galleries. This is his first solo exhibition in the UK. 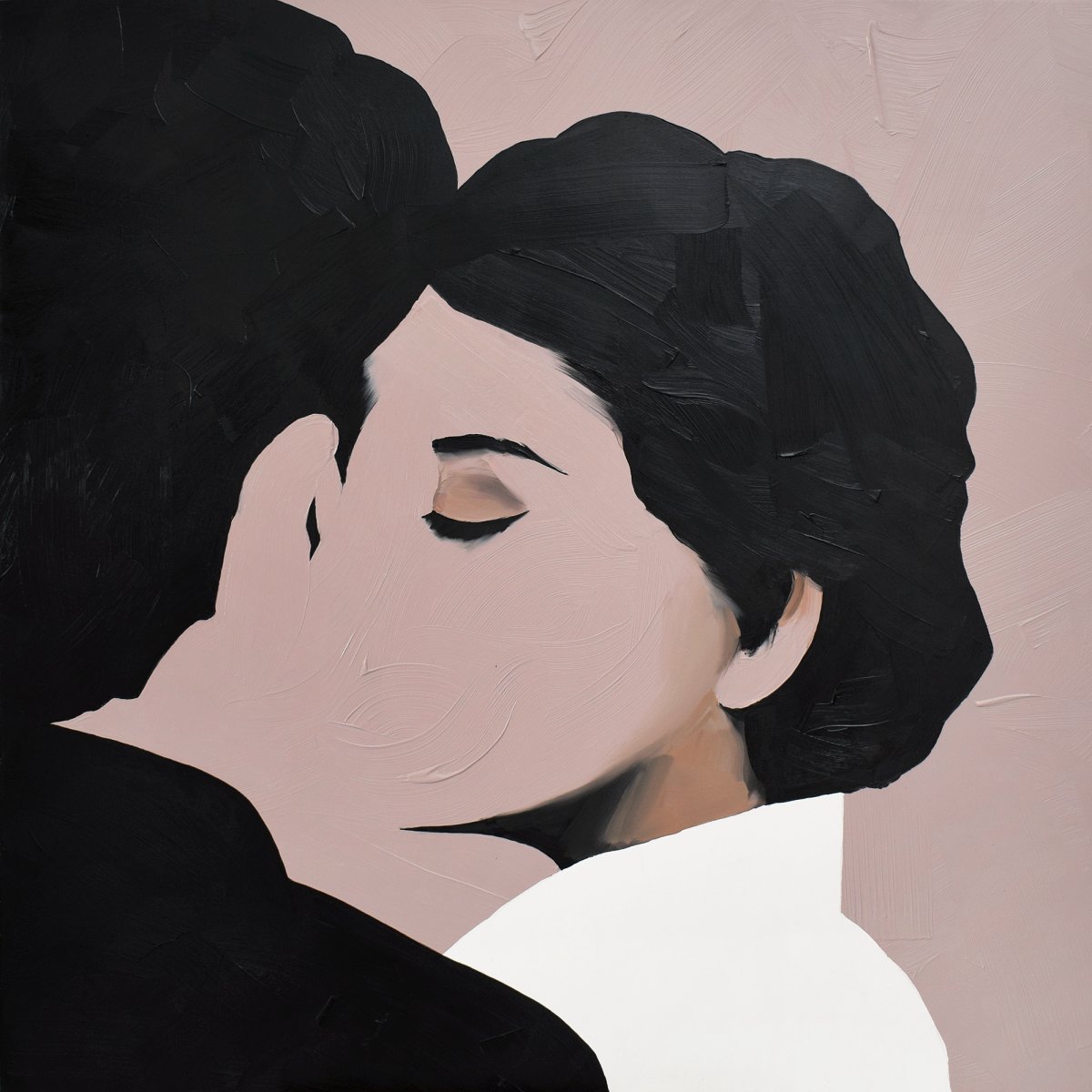 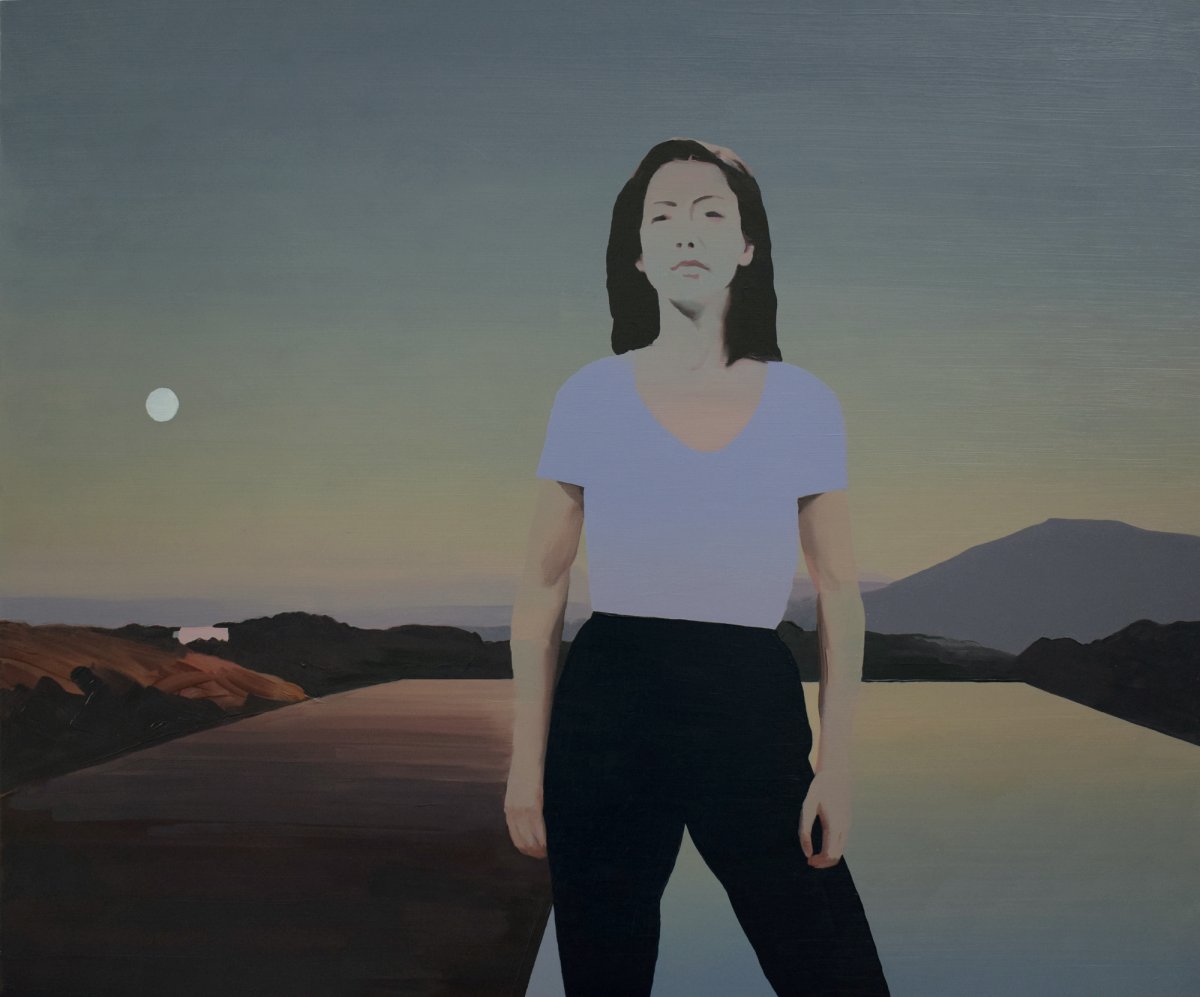 Jarek Puczel
The Girl and the Moon, 2022 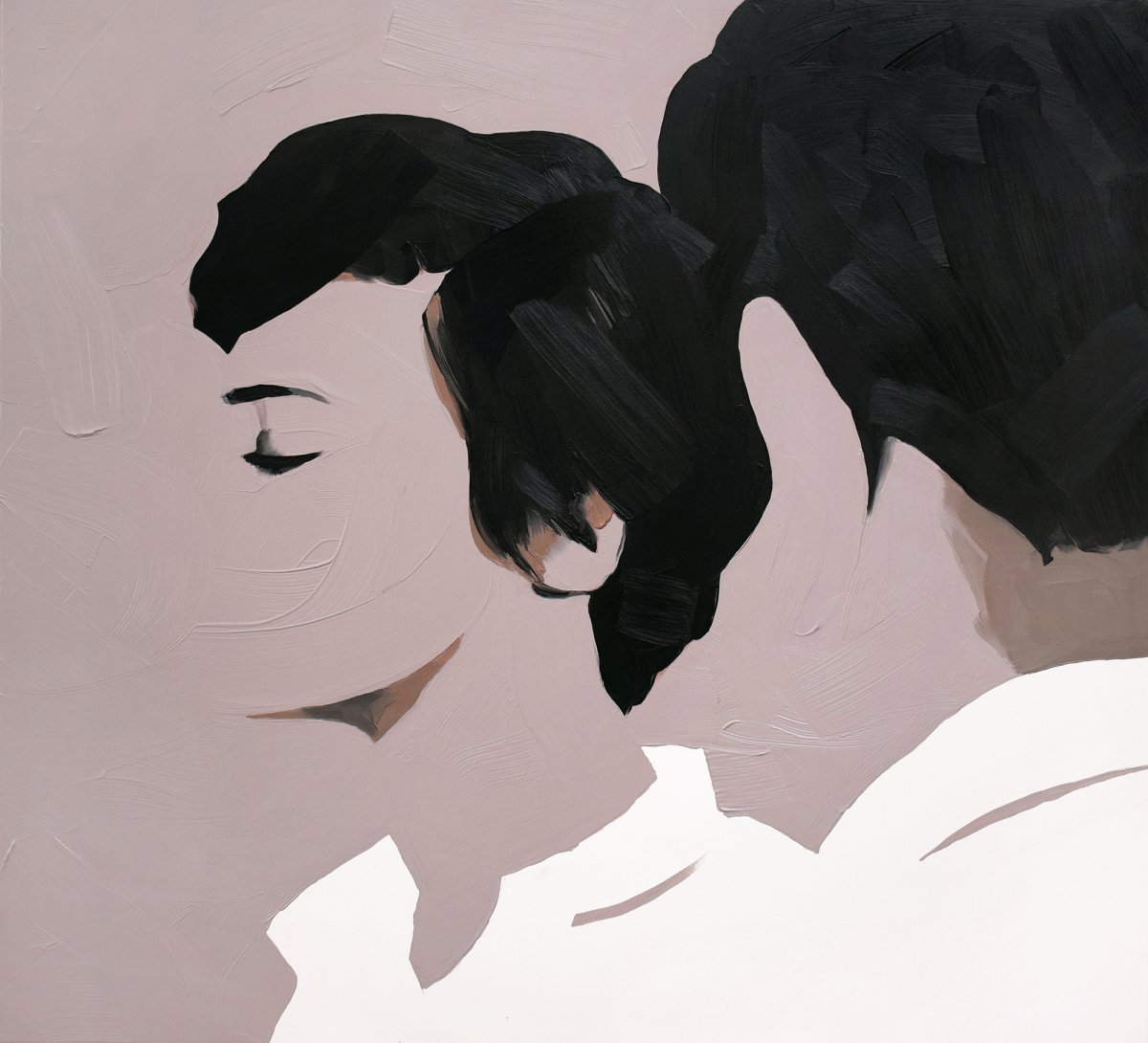 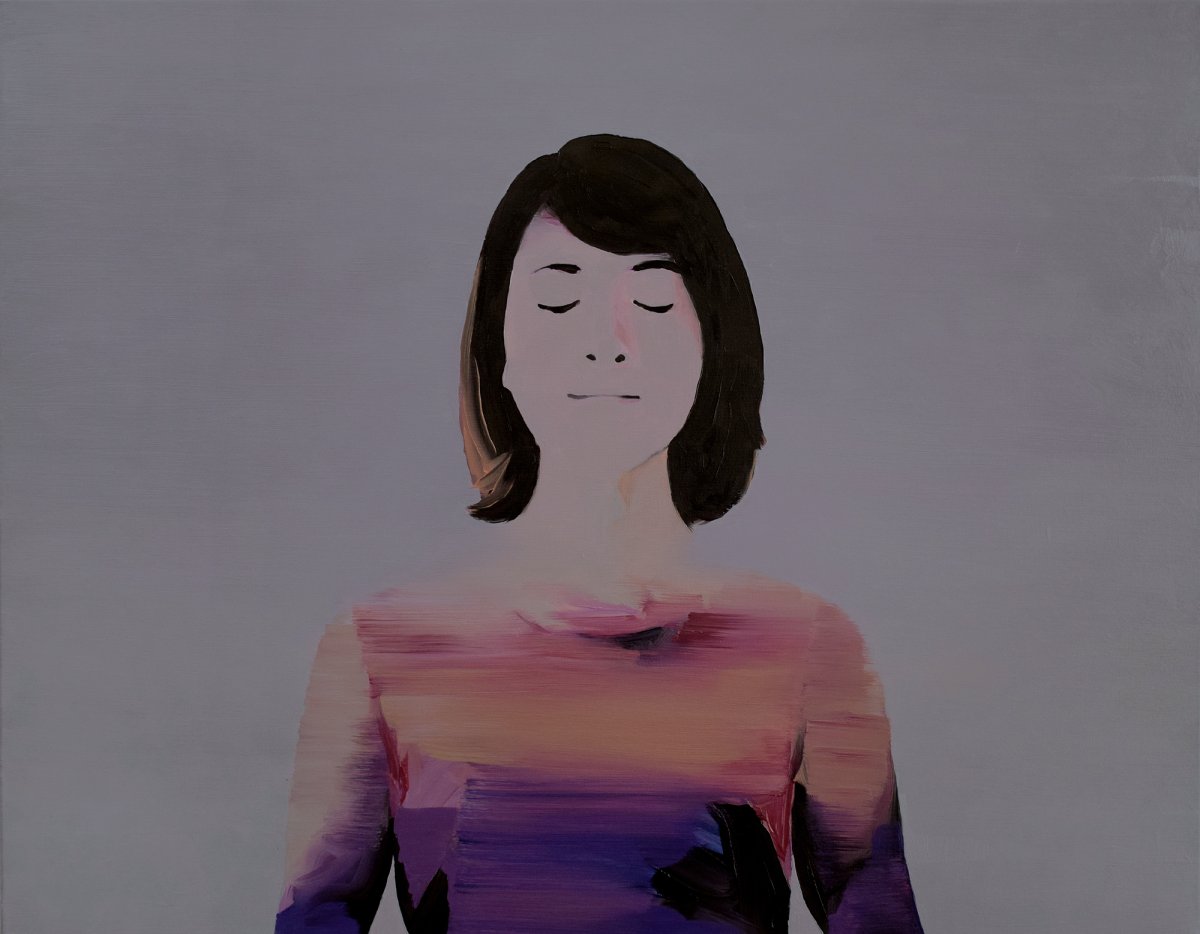 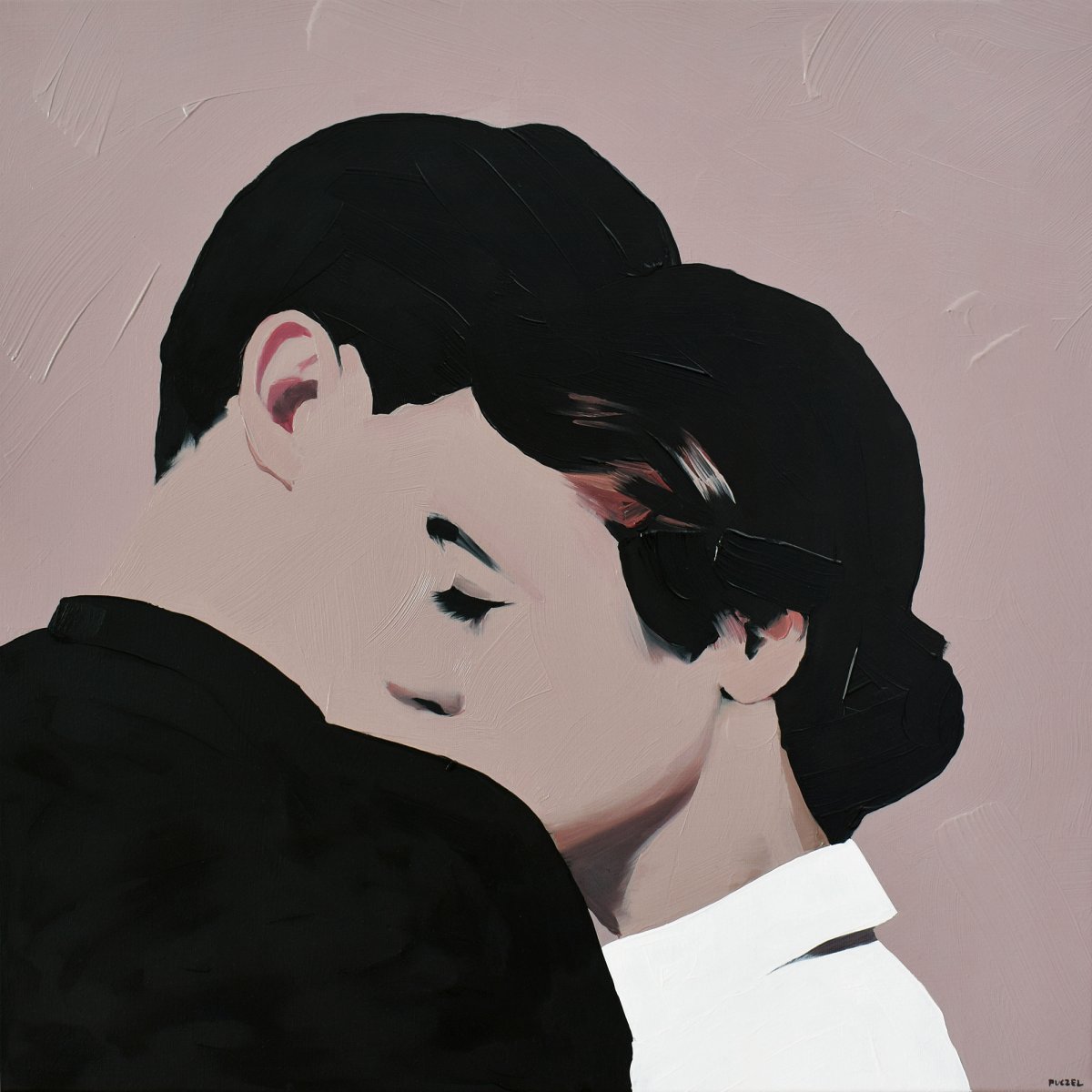 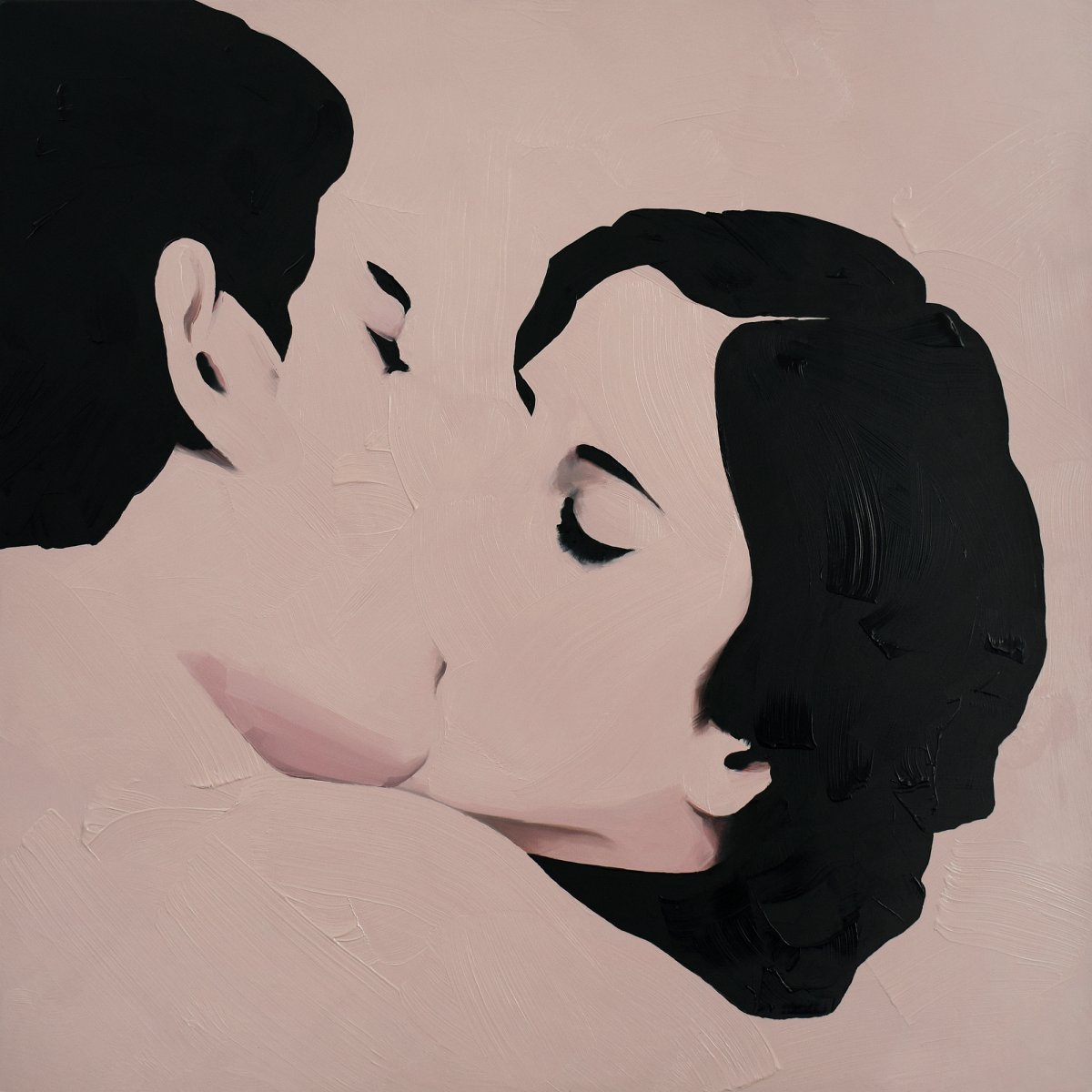 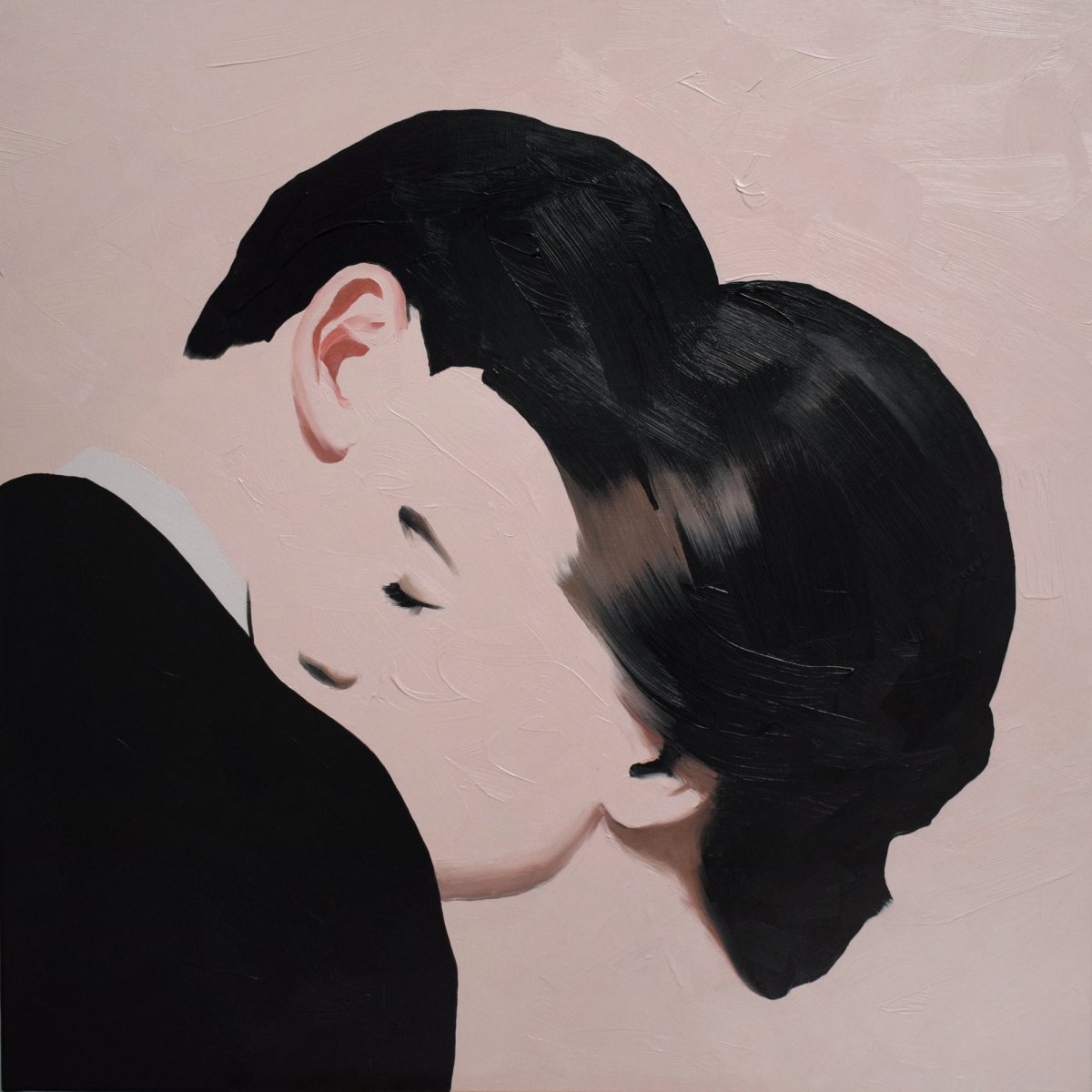 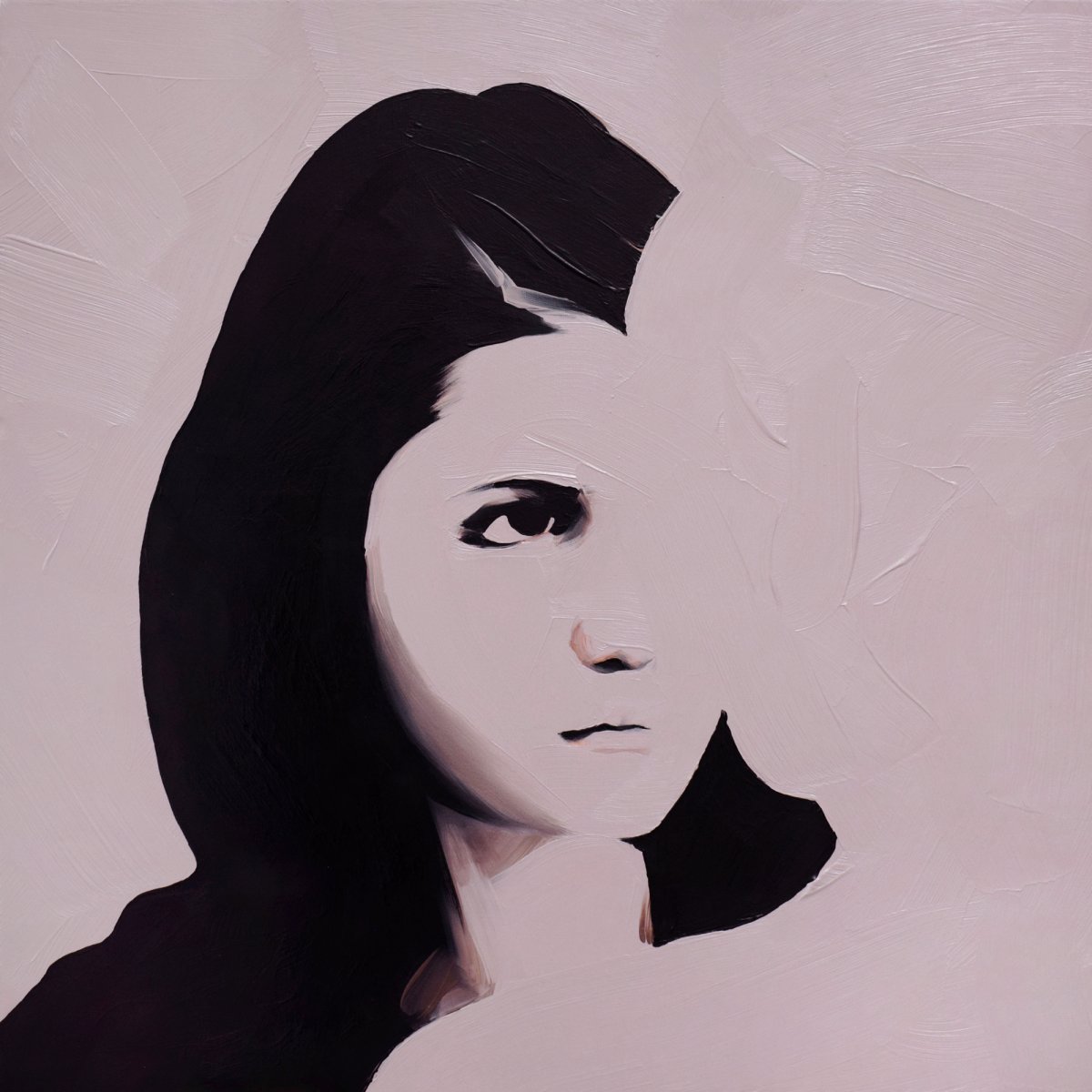 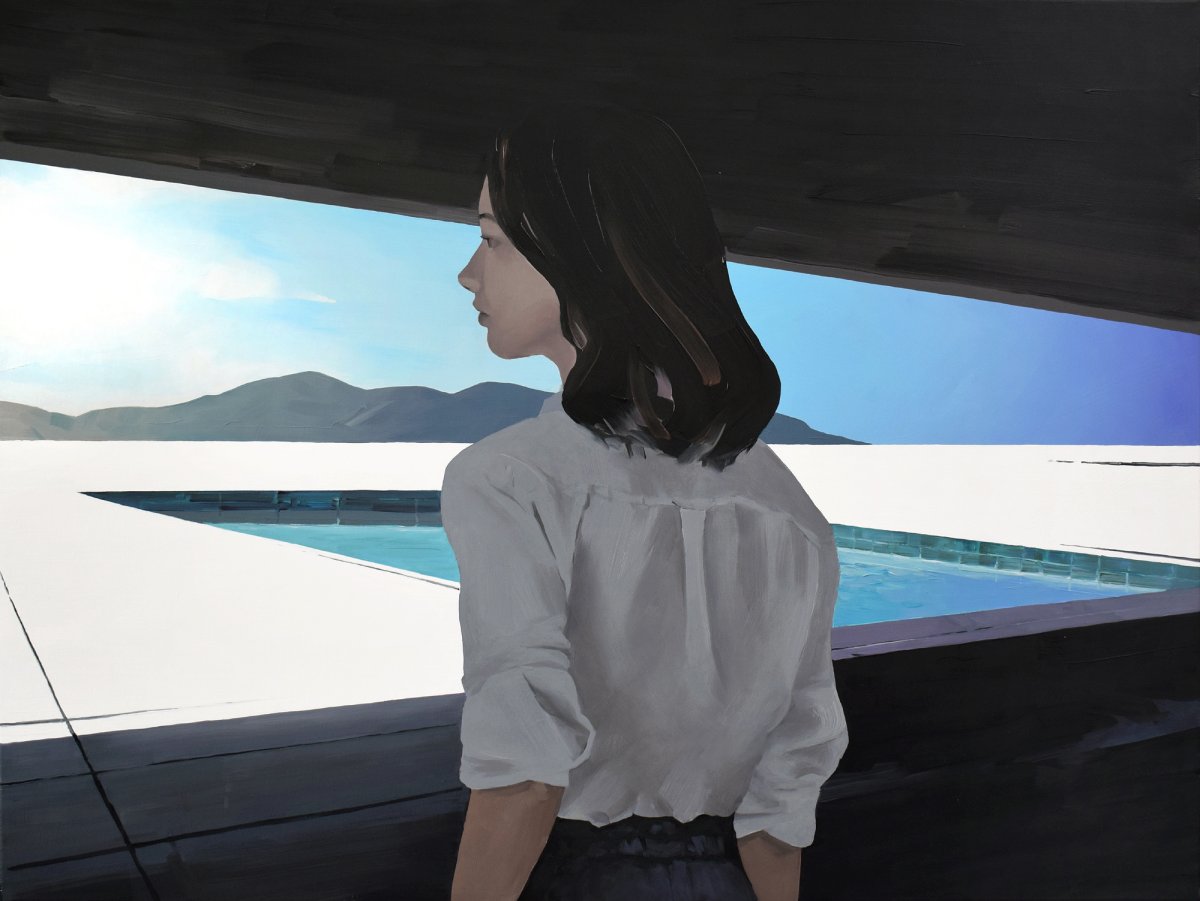 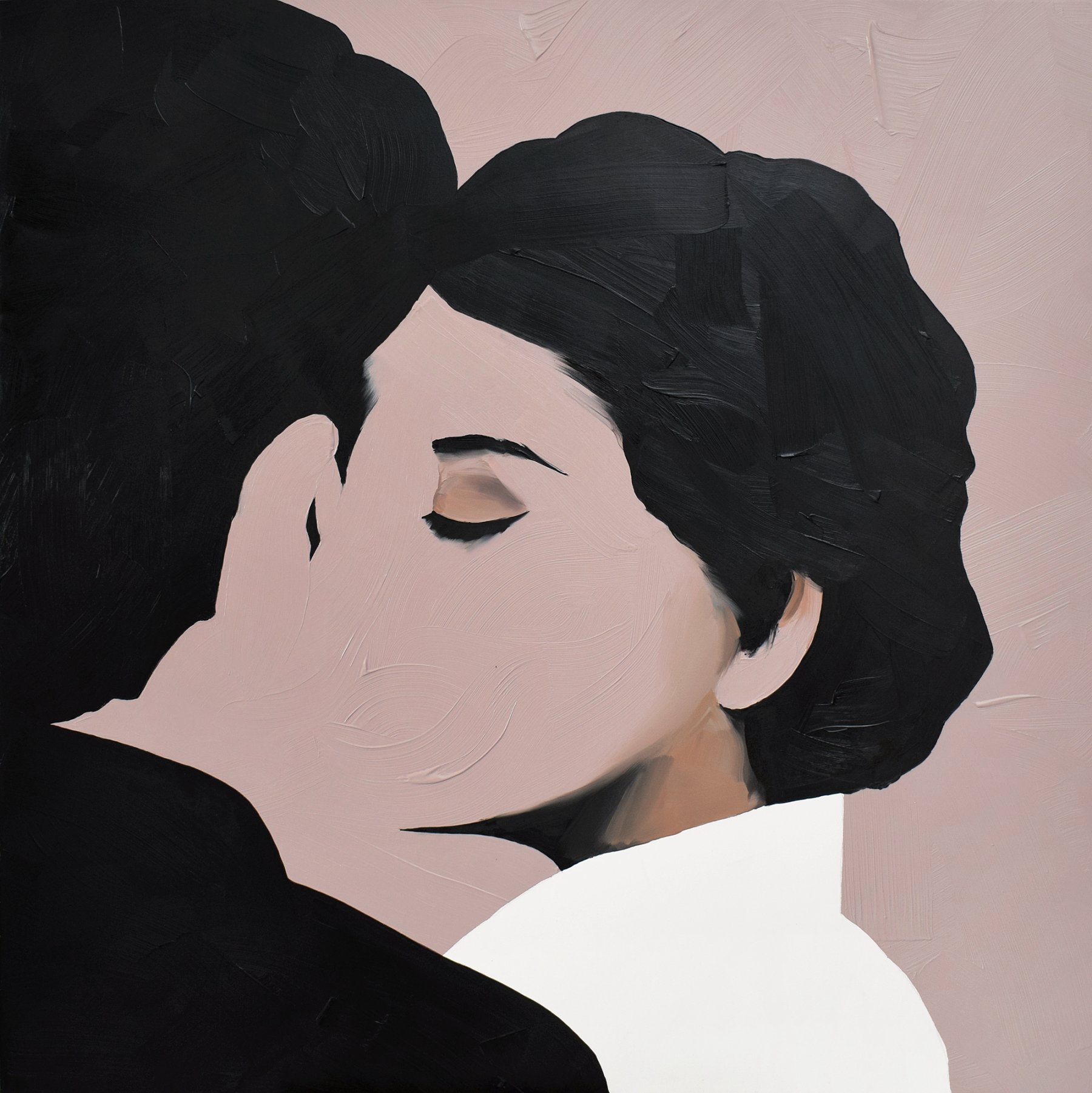 Puczel’s subject is the figure, particularly the head. His compositions typically feature a couple, male and female, engaged in an intimate embrace. A romantic and idealised moment is rendered in a coolly dispassionate style. His technique is graphic and crisp; the colour and tone flat, the draughtsmanship precise. The models are sparingly described: contours are missing, which allows the background to bleed through. The subjects float over the picture plane, as if at risk of disintegration. At odds with the implied emotive content, the technique sets up a tension, a critical distance from the act depicted.

The female figure takes precedence. She has identifiable characteristics, features that denote a specific personality. In contrast, the male protagonist is an anonymous, barely differentiated cypher. There are some paintings of the woman alone, painted in a heightened colour palette, lit up against a landscape, which hint at portraiture and at an animated and dominant player in the game.

As the artist’s method owes a debt to the world of design, so the compositions, in their cropping and editing, owe something to film. These are images of focussed drama, like stills clipped from a continuum. They are elements of a story, which, although familiar, we are not entirely privy to. Mysterious in their content, we are invited to fill in an interpretation from the clues. Are these pictures of tenderness, alienation or something cynically performative? The coolness of delivery leaves it up to the viewer to decide whether to take the picture at face value or not.