Fergus McCaffrey presents Japan Is America, an exhibition exploring the complex artistic networks that informed avant-garde art in Japan and America between 1952 and 1985. 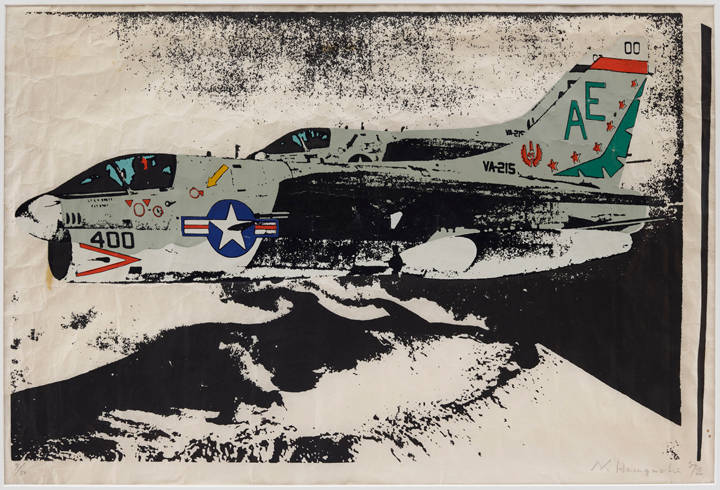 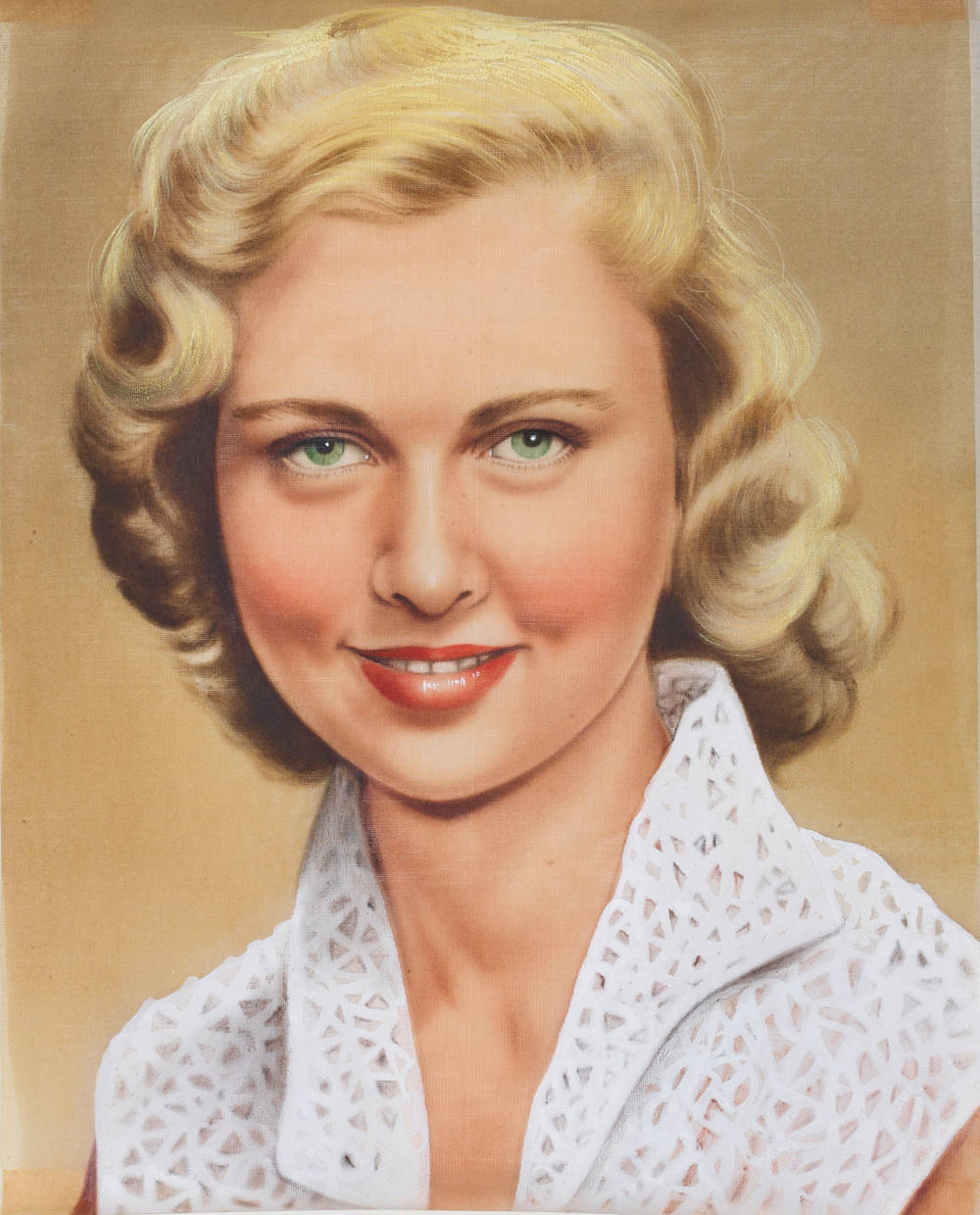 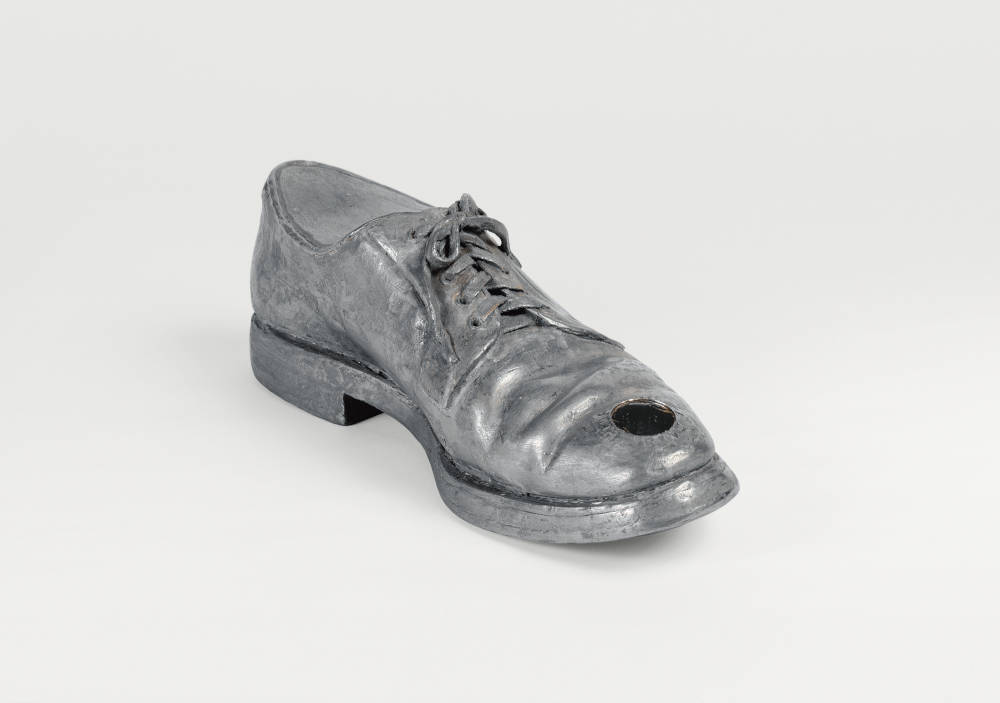 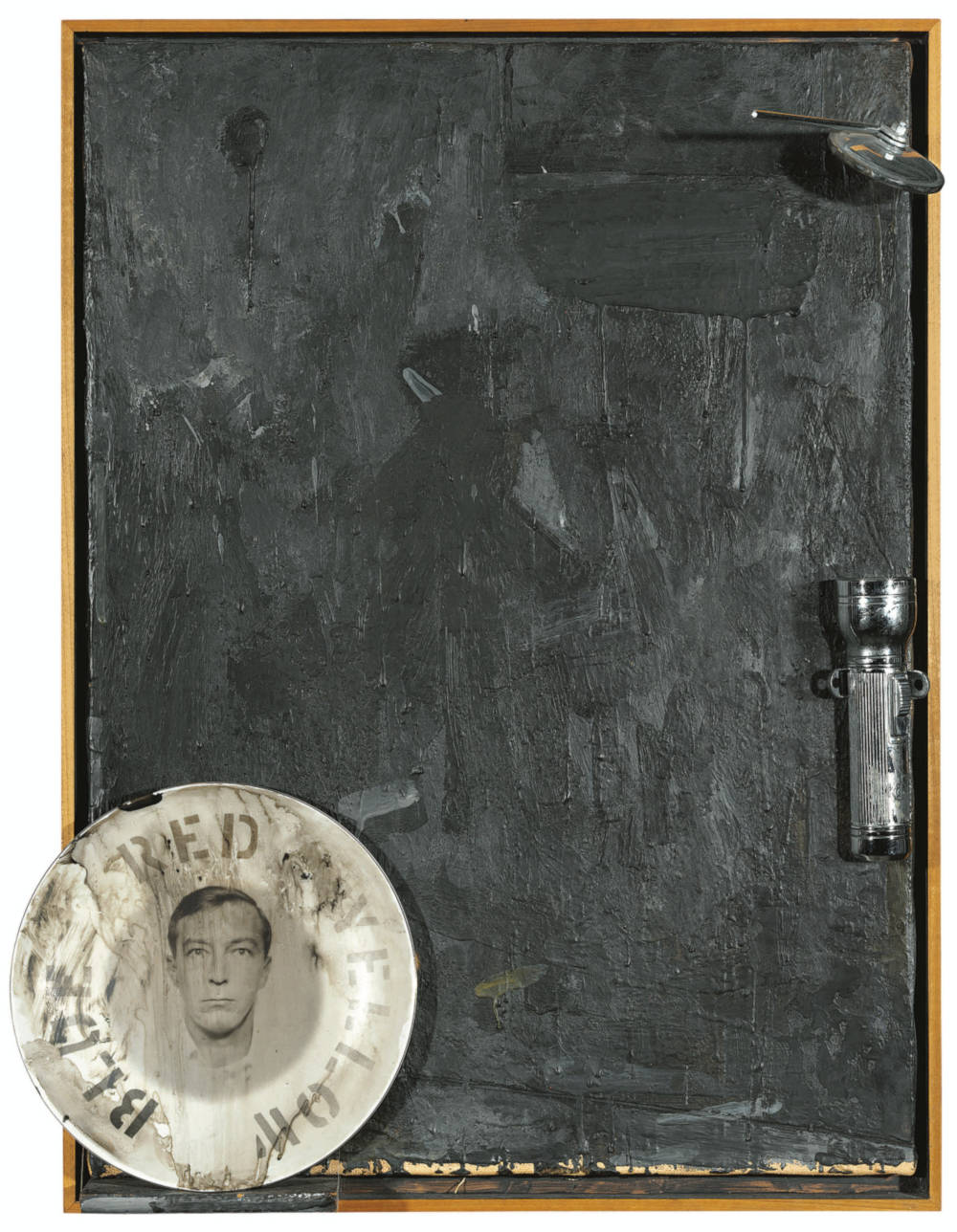 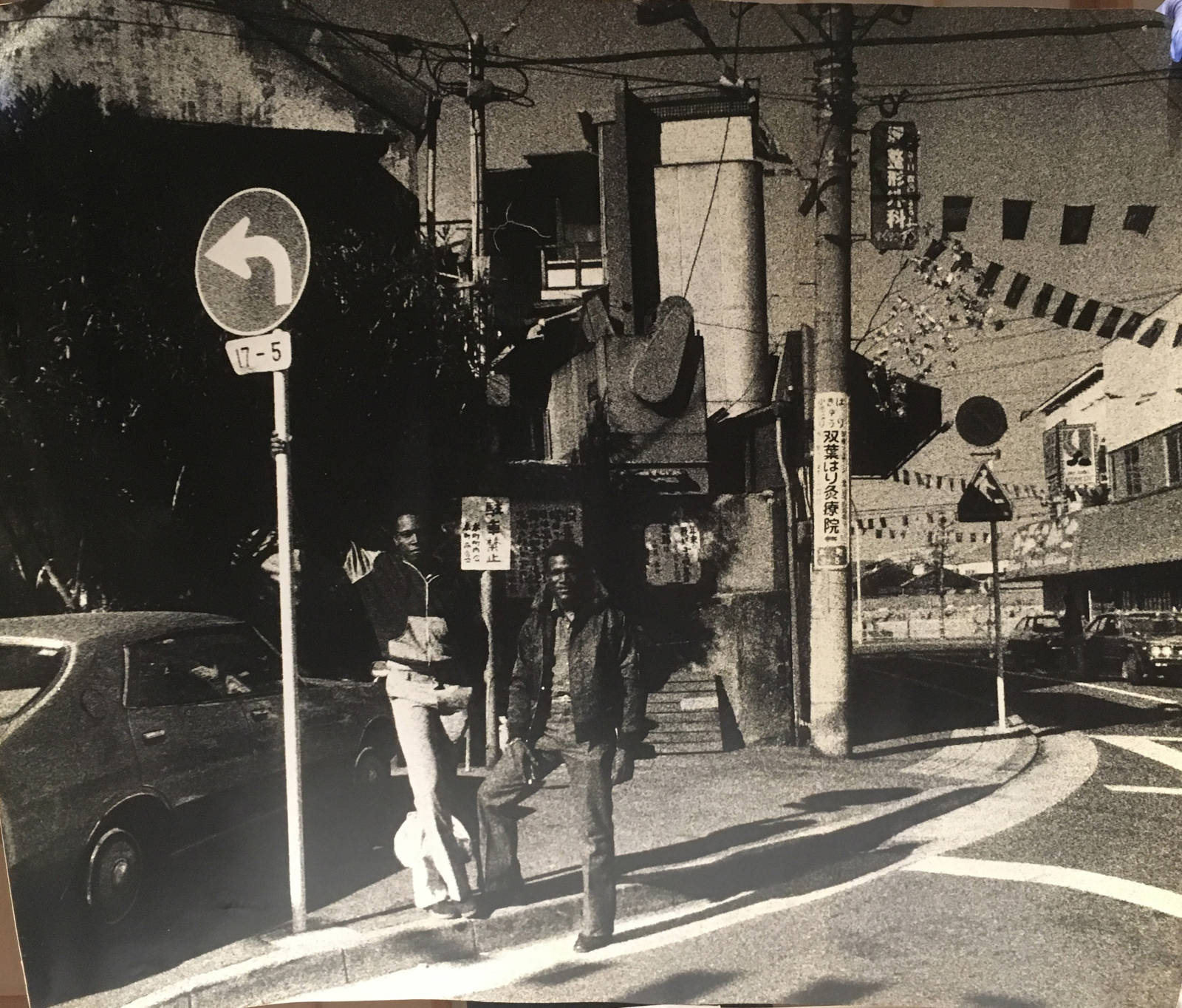 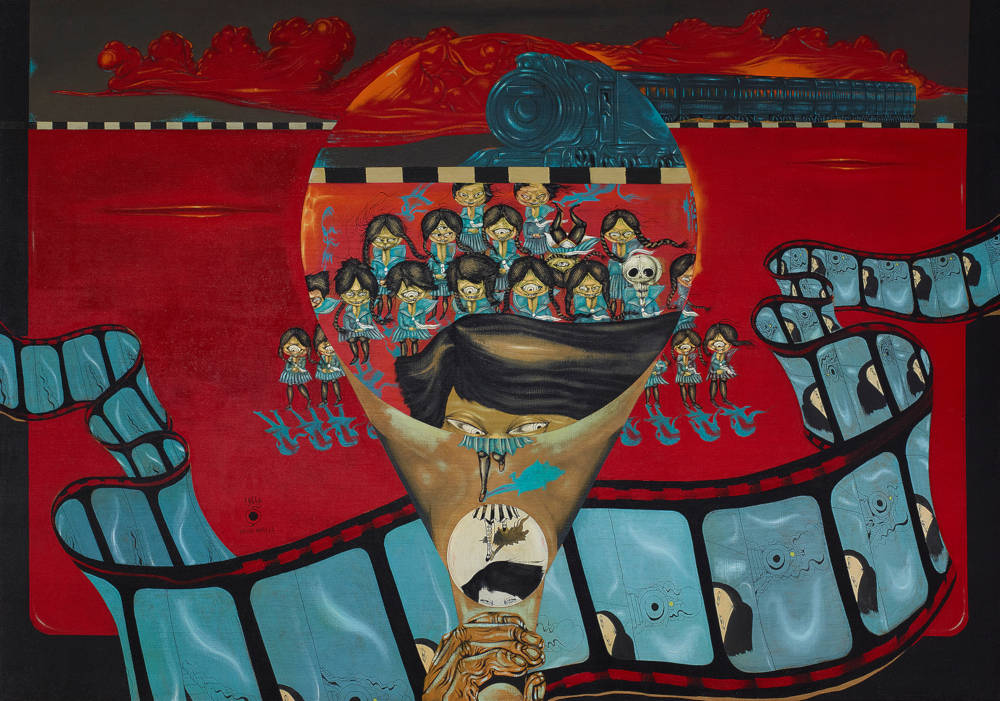 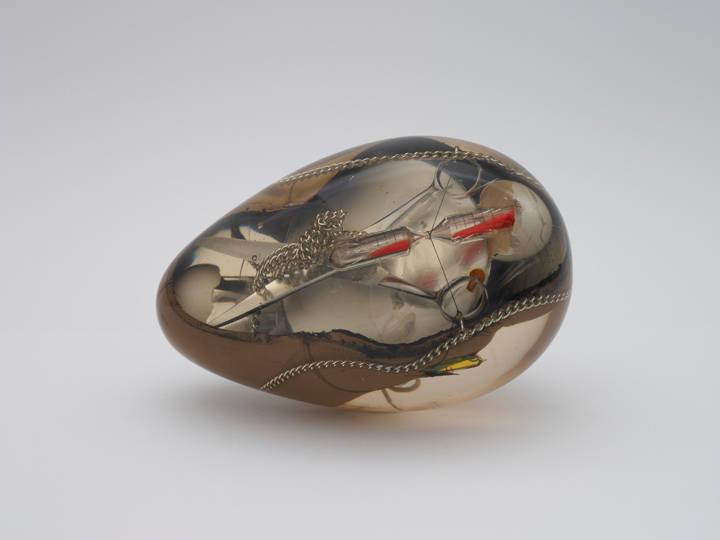 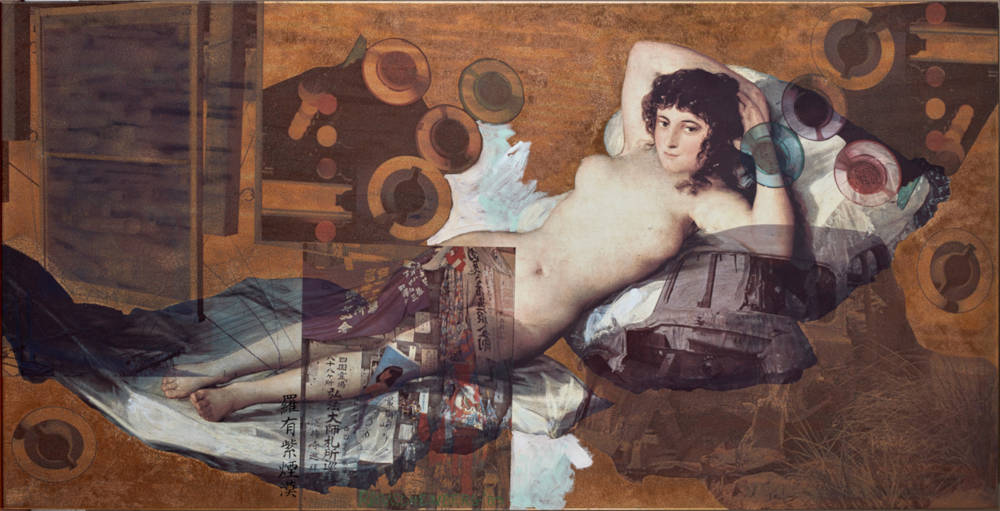 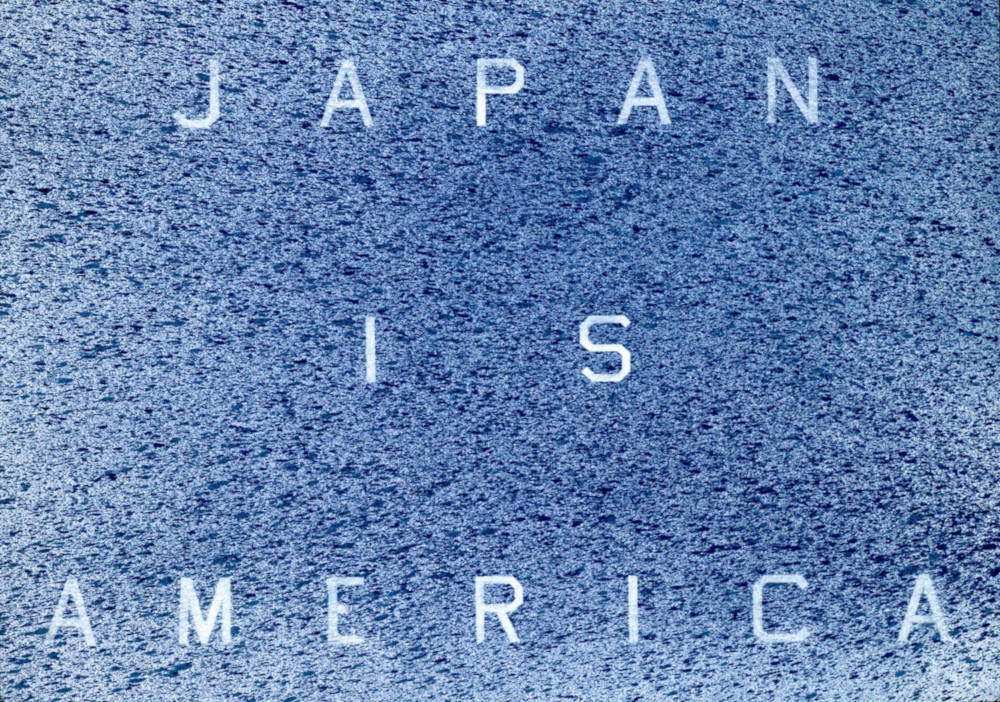 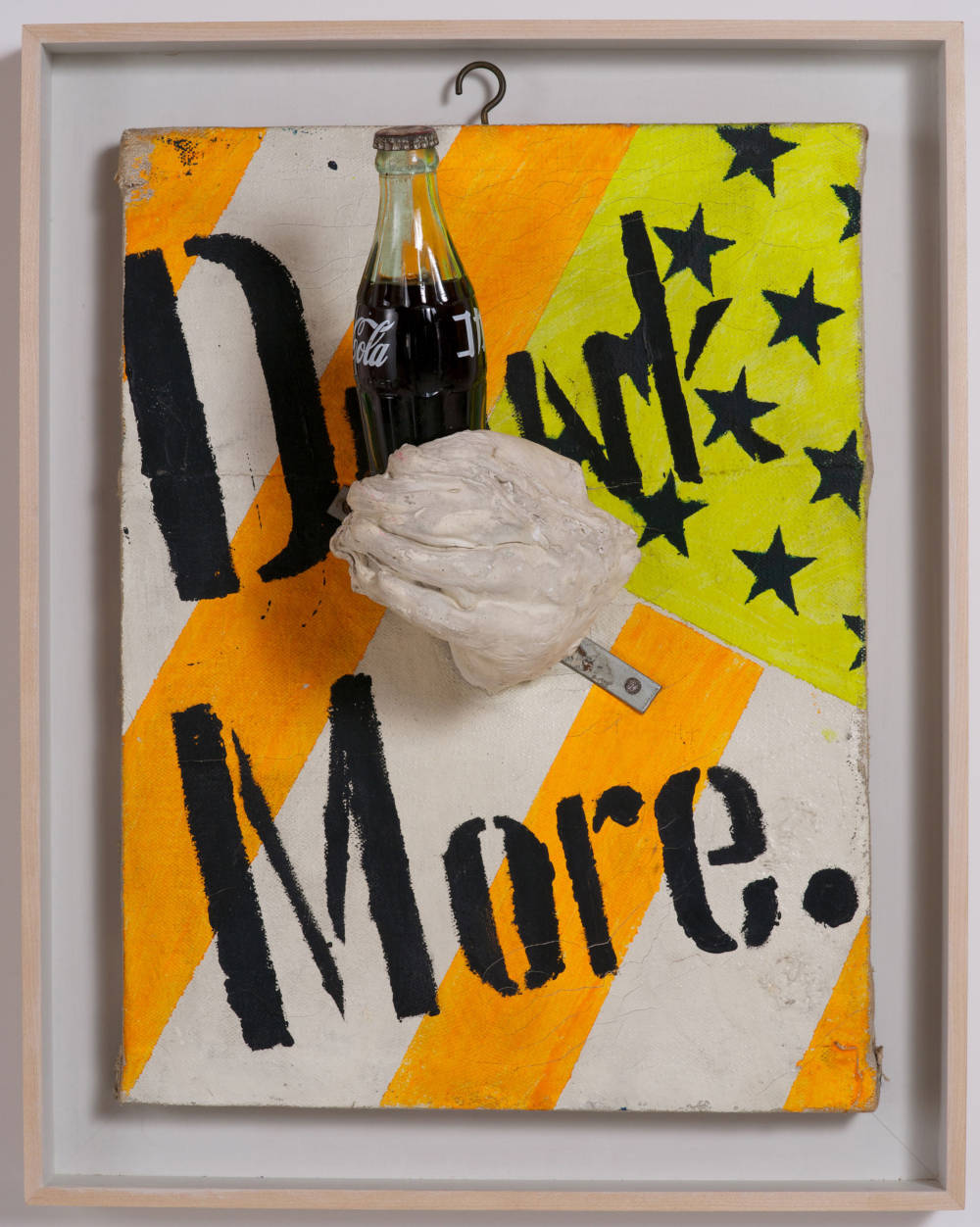 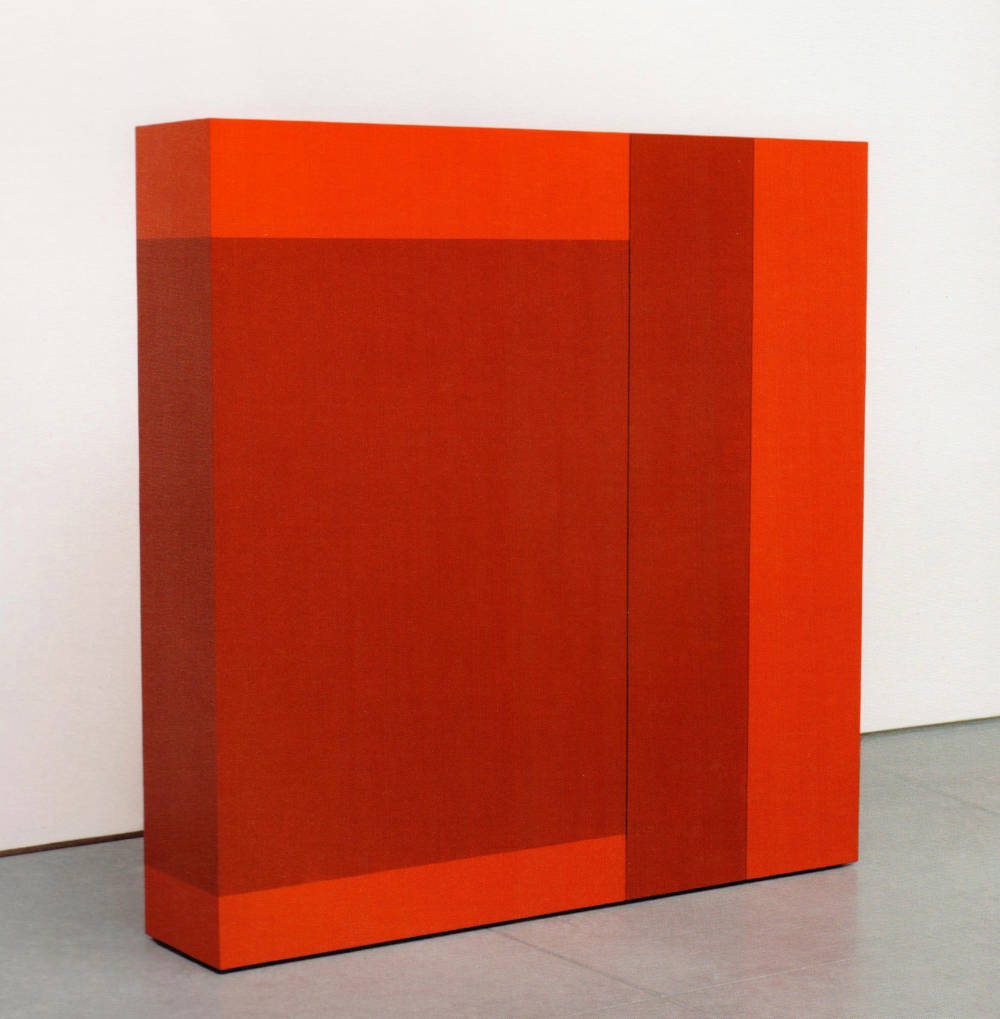 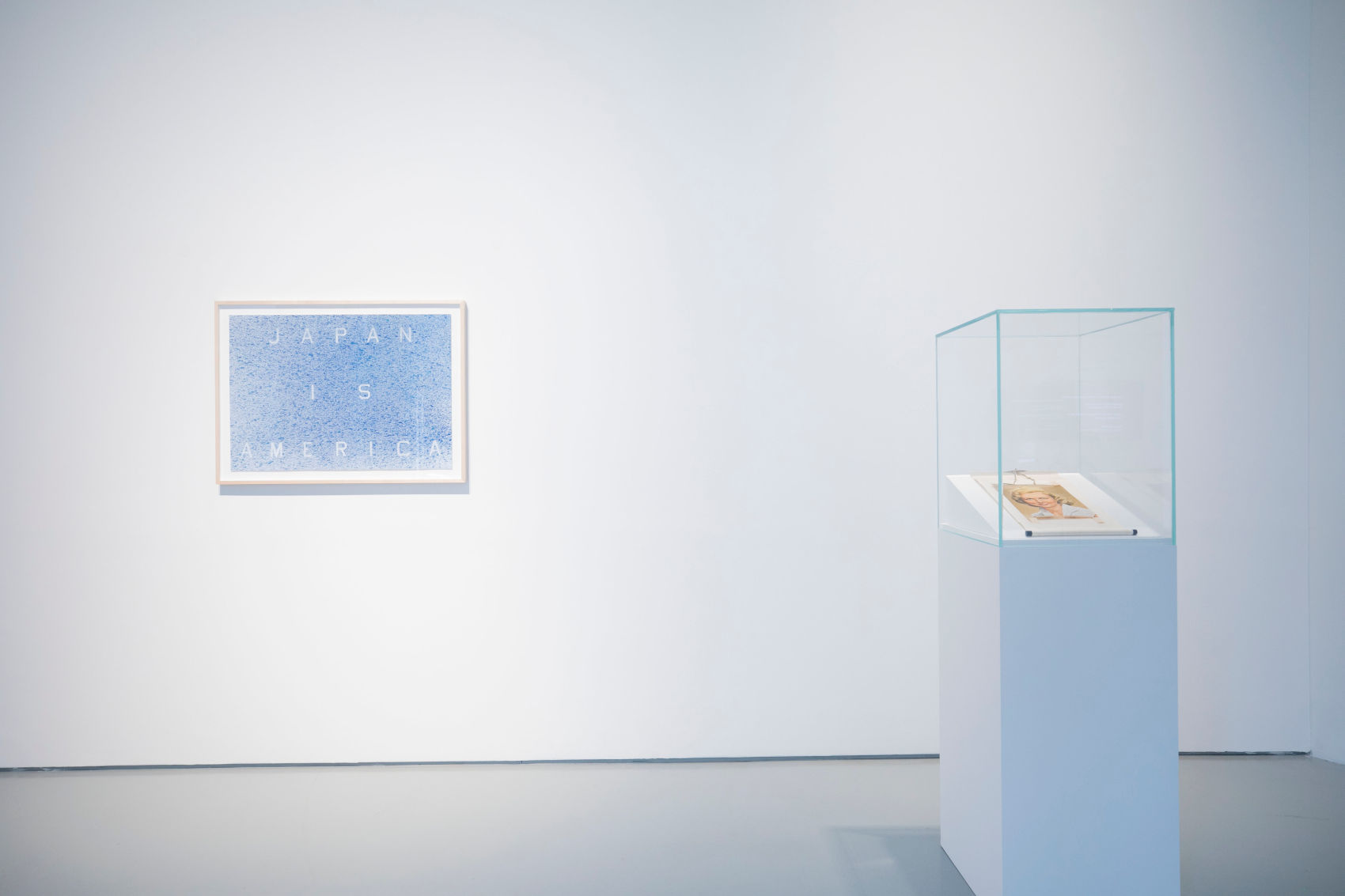 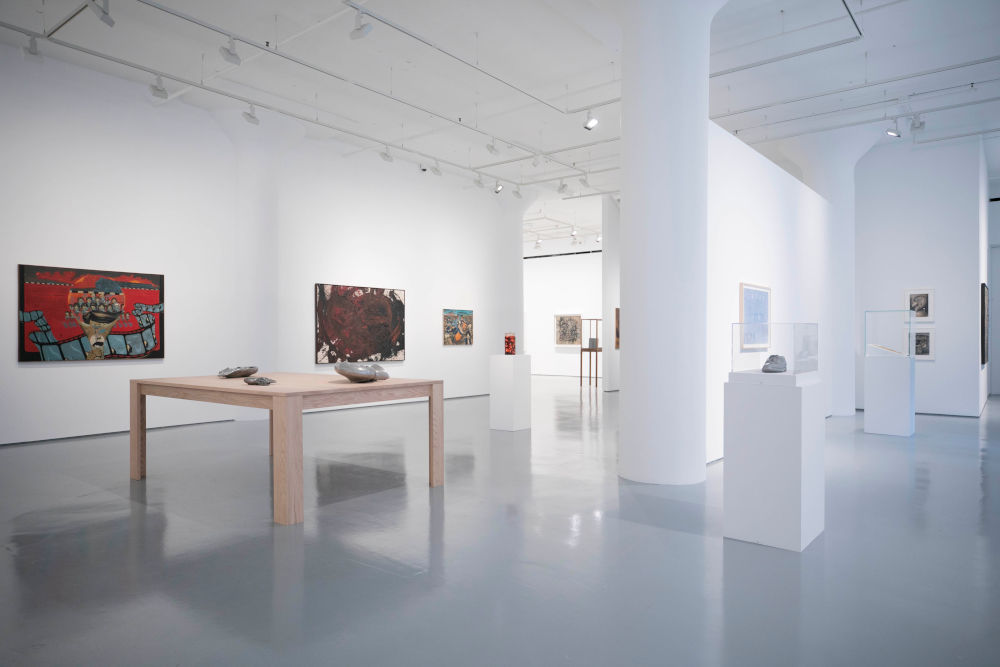 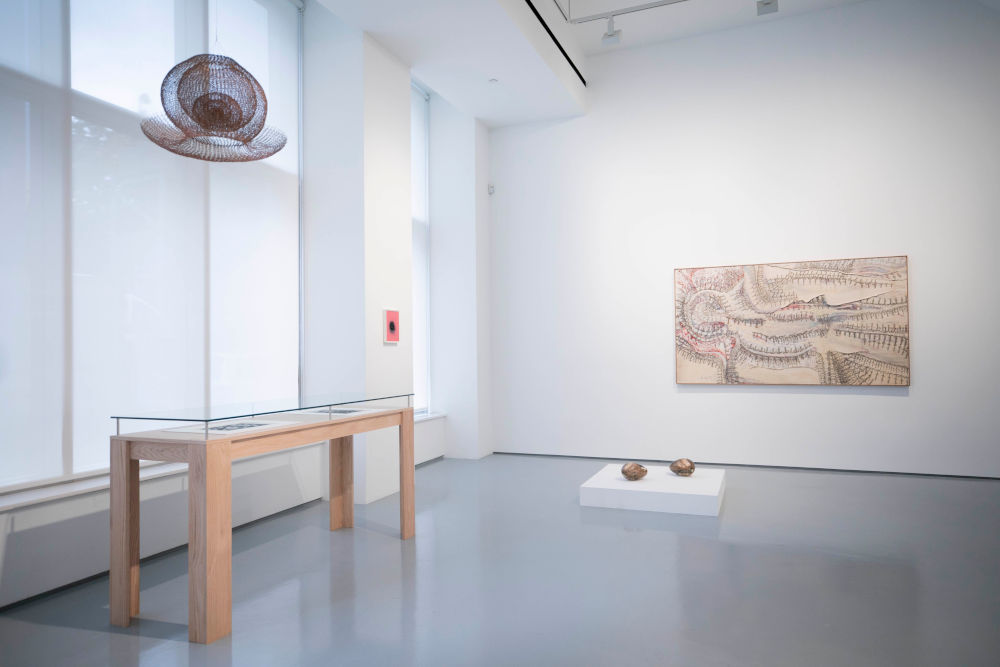 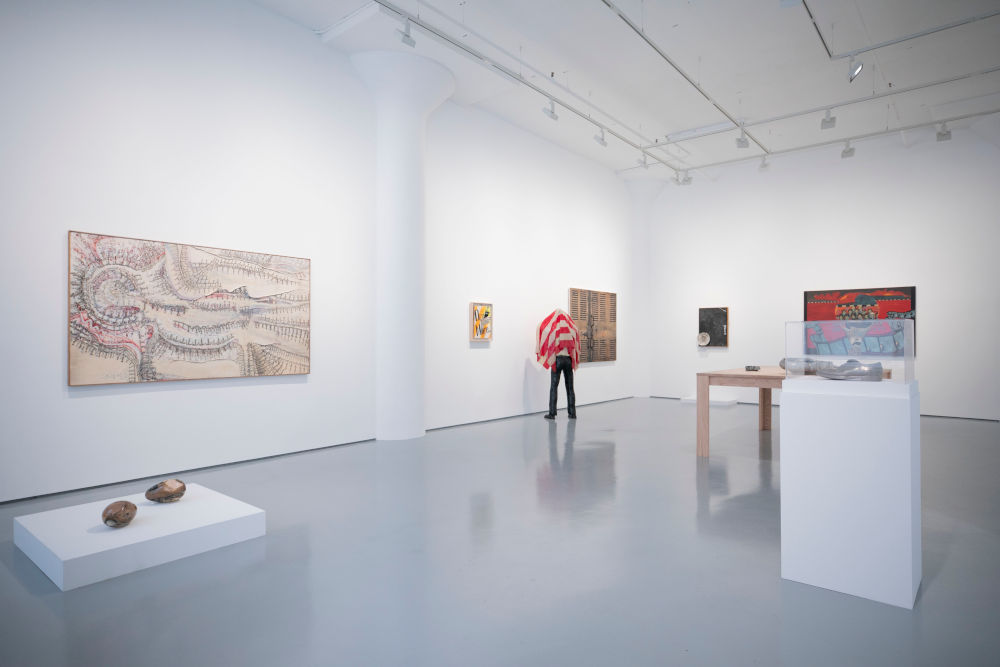 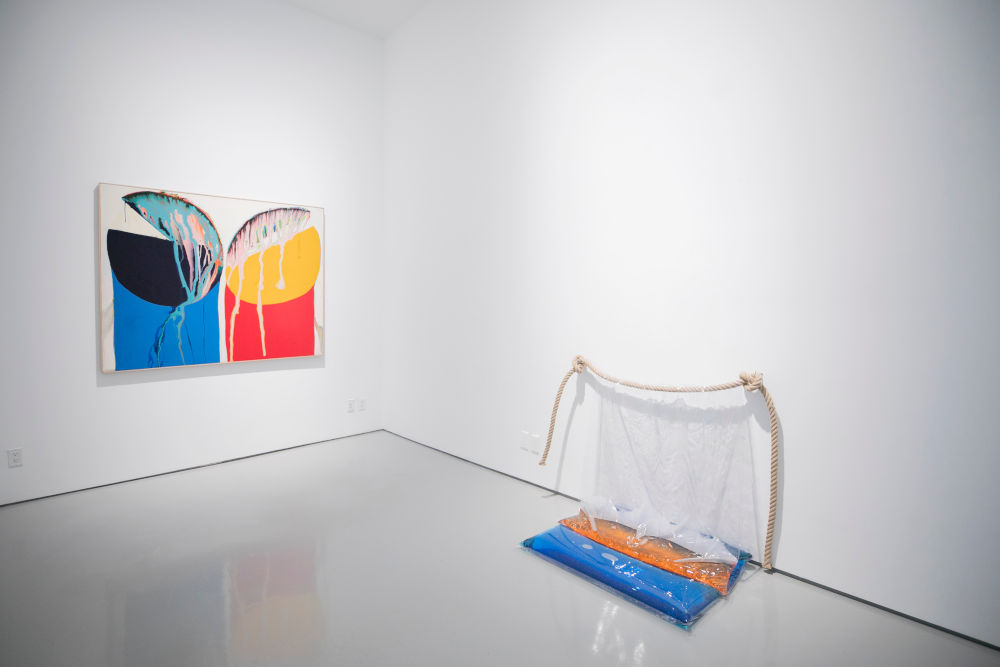 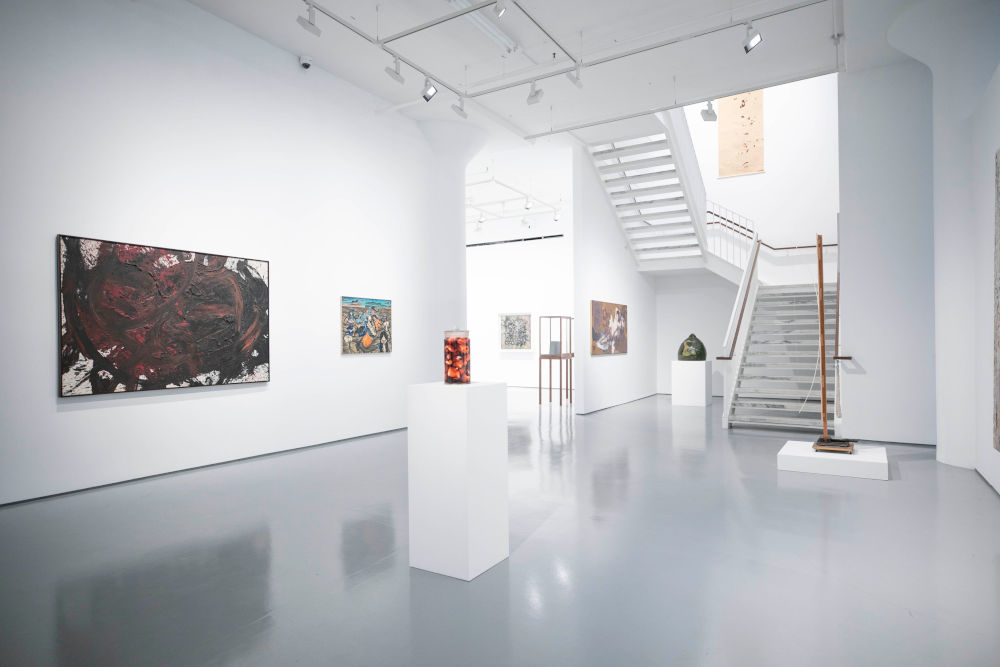 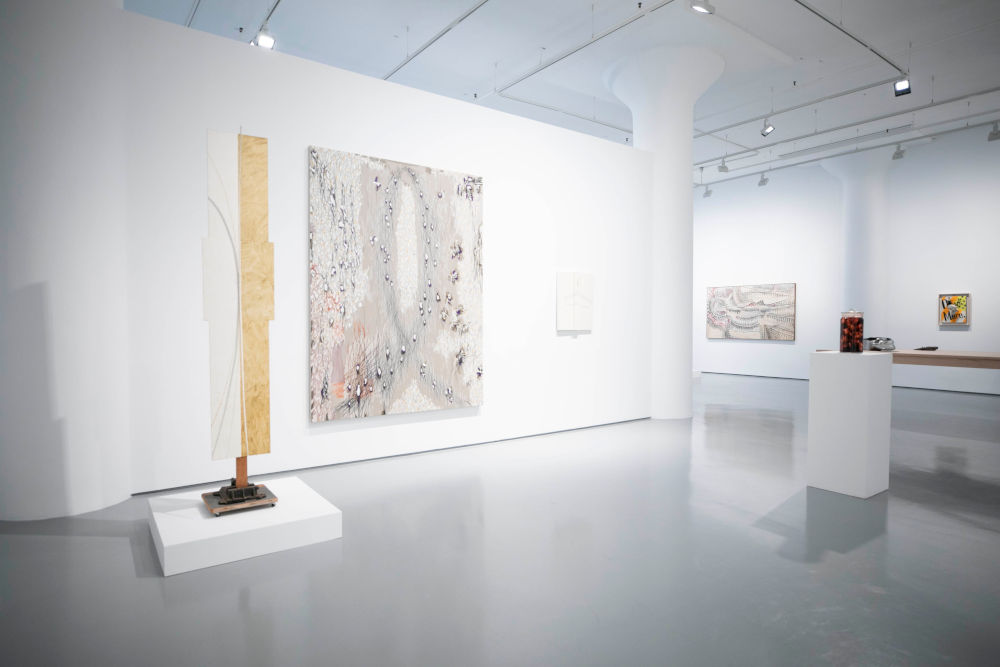 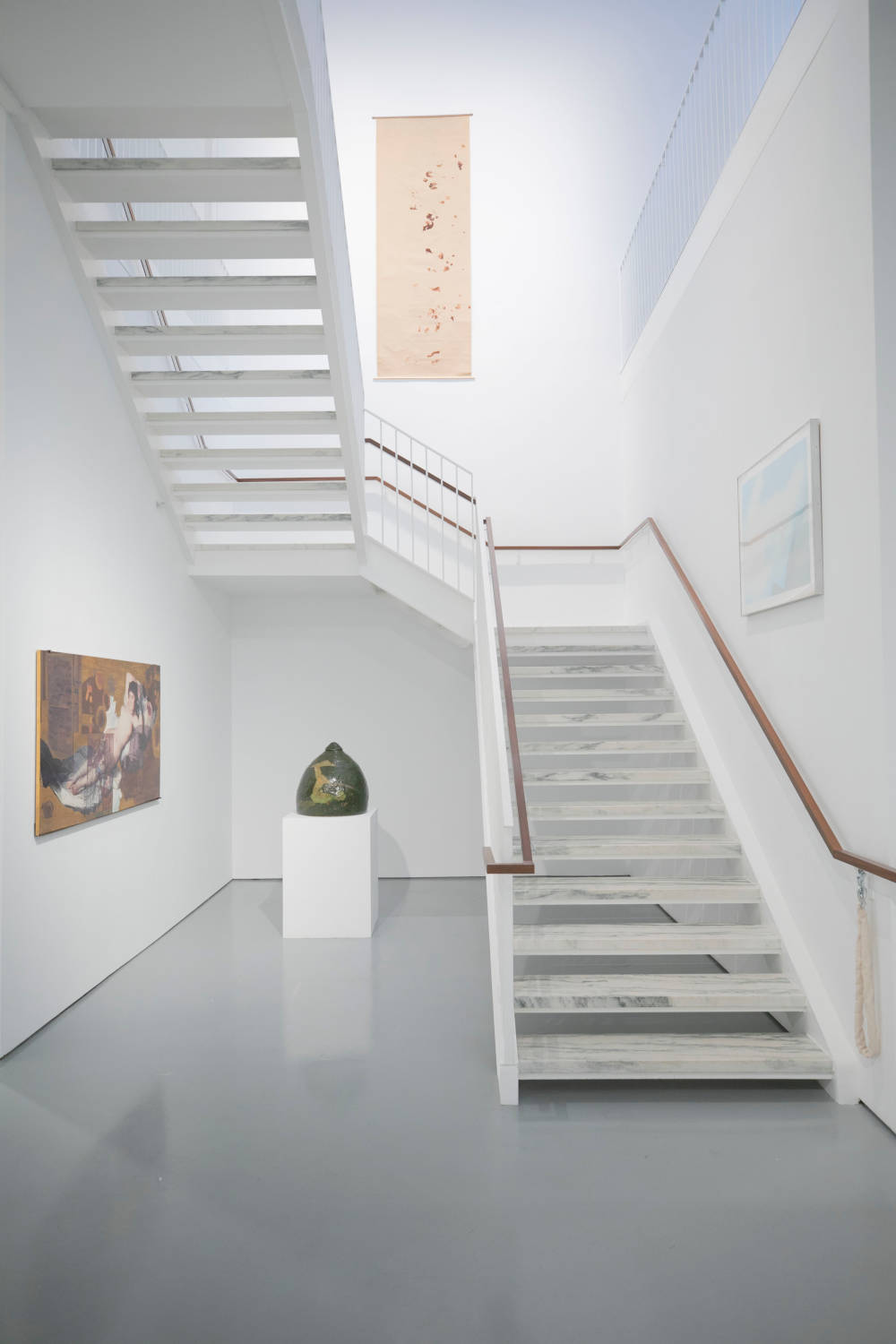 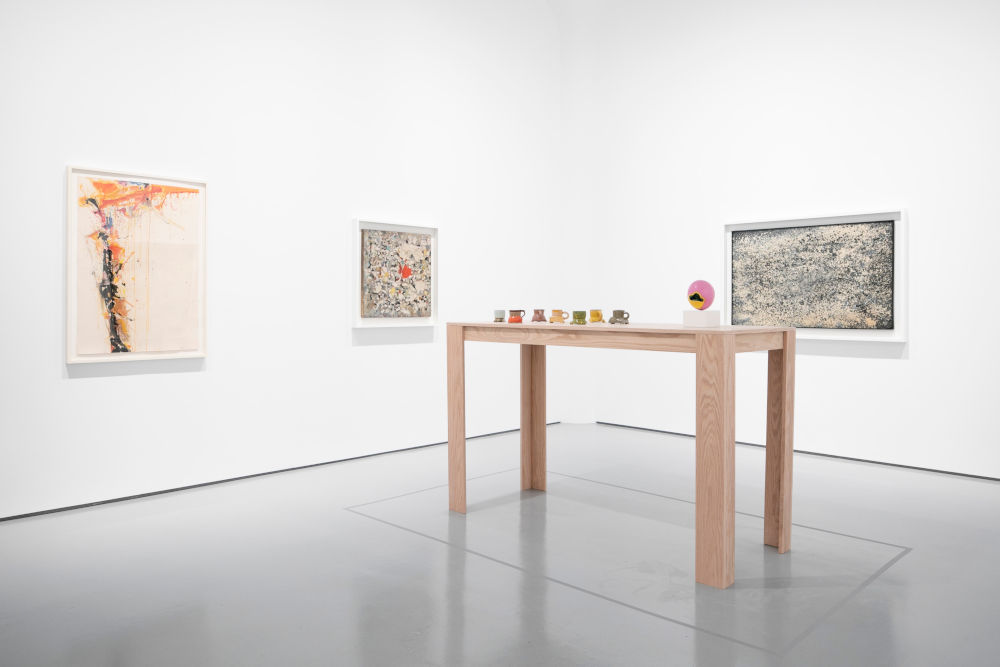 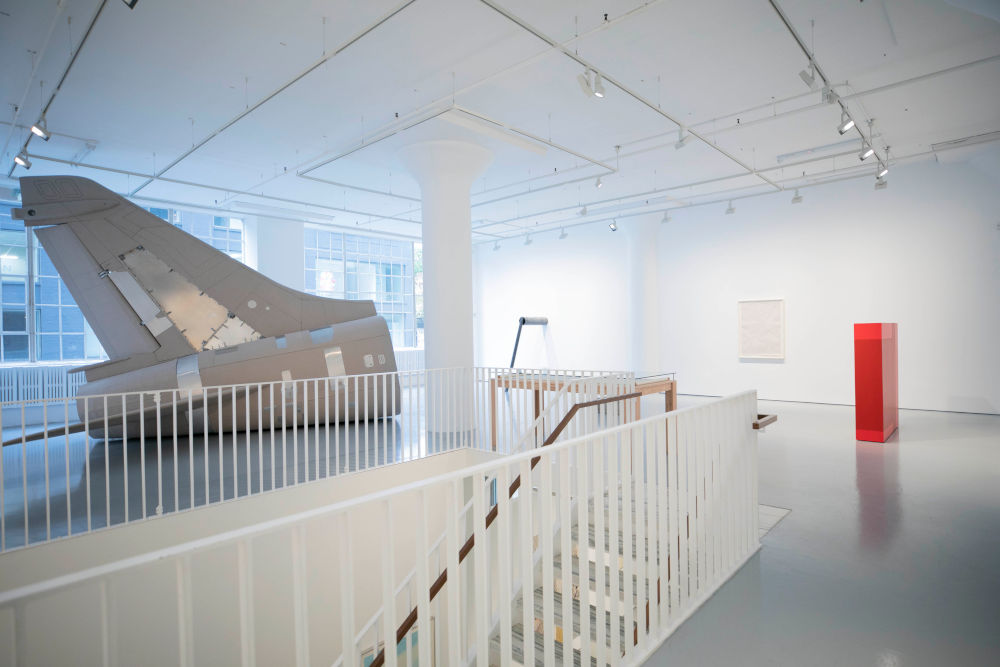 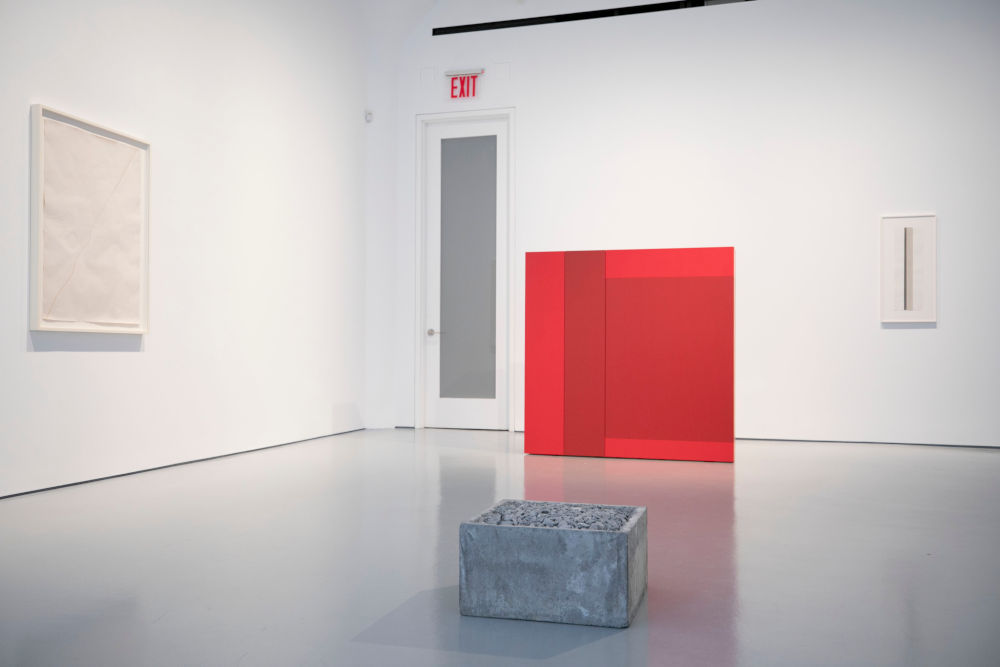 Starting with the well-documented emergence of “American-Style Painting” that ran parallel to the Americanization of Japan in the 1950s, Japan Is America endeavors to illustrate the path and conditions from Japanese surrender in 1945 to that country’s putative cultural take-over of the United States some forty years later. The exhibition traces the international exchanges that supported and propelled Japanese art forward in unimaginable ways, and shifted the course of American art and culture. The exhibition will be accompanied by an ambitious film program including rarely-seen films by John Cage, Shigeko Kubota, and Fujiko Nakaya, among others.

In the aftermath of World War II, both countries sought recognition beyond the cultural periphery, carving out a space for the redefinition of aesthetics in the post-war era. After 1945, Japan focused on rebuilding, countering the devastation of their defeat in World War II. The nation was occupied by American forces between 1945 and 1952. Sentiments of democracy and peace resonated throughout Japan, but art from the region reflected upon and responded to the death and suffering experienced.

Japan Is America begins with Tatsuo Ikeda’s kinukosuri portrait of an American soldier’s wife from 1952. The photorealistic painting, produced from a snapshot, illustrates an innovative business model aimed at the troops occupying American military bases in Japan during the Korean War. Amongst the first foreign consumers of Abstract Expressionism in the Japanese art scene was Gutai Art Association (1954–72) in Osaka, led by Jirō Yoshihara. Harnessing Japan’s unprecedented Western-style societal freedom and aspirations, Yoshihara encouraged his understudies to seek out new ways of art- making and international cultural exchange. Gutai in the 1950s developed in opposition to “conventional formalism,” seeking “a new autonomous space…a space previously unknown, unseen, and unexperienced.”

In Tokyo, the Sōgetsu Art Center (1958-71) became a leading space for experimental practices in visual and performance arts, and a hub for international exchanges between Japanese and American artists. In the early 1960s, John Cage, David Tudor, Merce Cunningham and Robert Rauschenberg came to Japan for the first time through invitations from the Center, subsequently holding performances and lectures the following years. A swell of artist collectives in Japan arose after World War II, including the Neo-Dadaism Organizers (1960) and Hi-Red Center (1963-64). With a tenet of “Anti-Art,” coined by the critic Yoshiaki Tōno, radical artists that participated in the annual Yomiuri Independent exhibitions (1949–63) redefined realism beyond representation by using commonplace items and detritus in more performative and object-oriented art-making practices.

After the ratification of the ANPO Treaty in 1960— effectively allowing the United States to interfere with any conflict in East Asia that might affect Japan—, the extremes of democracy and imperialism were unmistakable. Amid Japan’s rapid transformation concurrent with, and proceeding, the 1964 Summer Olympics in Tokyo and America’s billowing involvement in the Vietnam War, artists in both nations continued to engage in radical individualism in the 1970s.

Marking 25 years after the end of World War II, the Expo ’70 in Osaka, the first World’s Fair held in Japan, was a reflection of the country’s postwar resurgence. Known for its experimental architecture, cultural innovation, and futuristic technologies, the exposition foreshadowed the country’s imminent greatness on the world stage. Fujiko Nakaya, the Tokyo representative for the American art collective Experiments in Art and Technology (E.A.T.), sponsored by Bell Laboratories, debuted the world’s first atmospheric fog sculpture for the Pepsi Pavilion at Expo ’70. The same year, Tokyo Biennale ’70: Between Man and Matter, the 10th International Art Exhibition of Japan, opened, offering insight into sculptural, conceptual, and performative innovation around the world with works by Richard Serra, Carl Andre, Sol LeWitt, and a multitude of local, underrepresented Japanese conceptual artists including Jiro Takamatsu and Hitoshi Nomura. The exhibition subsequently traveled to several major cities in Japan, and was later featured in Lucy Lippard’s book, Six Years: The Dematerialization of the Art Object from 1966 to 1972 (1973).

Conceptual art, spearheaded by the Mono-ha group of artists dedicated to “not-making,” exploded in Japan after the Biennale, spurring Japanese critics like Takashi Hayami to consider how artists could “transform Art or the concept of Art” without the material constraints of painting and sculpture. These interactions supported curiosity and confidence in both directions, with new developments emerging from interchange and strong long-distance relationships. The avant-garde impulses in both Japan and America were capped in the 1980s when mass-media, gross materialism, and celebrity signaled yet another shift in contemporary art.

By the mid-1980s, Japan’s presence resonated in the United States as it had achieved cultural and economic equality with the most powerful country in the world. Its widespread takeover was felt across America, initiating a diversity of reactions. The exhibition is bookended with Ed Ruscha’s recent Japan Is America drawing, signaling the artist’s initial response to Japan’s extraordinary postwar recovery in 1985, and the construction of a wealthy, modern, and peaceful society.

Highlights from the exhibition are detailed below.

In the wake of the second world war, when Gutai Art Association (1954–72) members were tasked to “do what has never been done before,” Kazuo Shiraga experimented by swinging from a rope and painting with his feet, resulting in his iconic foot-paintings including Chiyosei Mochakuten (1960), currently on-view. A 1959 Gutai exhibition at the Pasadena Art Museum, curated by Walter Hopps, founder of Ferus Gallery, inspired West coast artists. Joe Goode credits Shiraga and the experimentalism of the Gutai for providing him the freedom to pursue his own experimental practices incorporating everyday objects like milk bottles and mops into his art-making. Such practices are prevalent in Toshio Yoshida’s mixed media works, a selection on-view in this presentation, in which the artist incorporates wire, wood, and paper mâché. Los Angeles- based artist Ken Price traveled to Japan for six months in 1962 to pursue ceramics after a successful solo exhibit at Ferus Gallery that resulted in the sale of Avocado Mountain (1959). Drawing inspiration from the Japanese tea ceremony, Price’s ceramic investigation of cups as a means of singular sculptural expression led to his fixation of the use-value that his works carried.

In 1963, Natsuyuki Nakanishi, with artists Jirō Takamatsu and Genpei Akasegwa, formed the Hi-Red Center and set about integrating objects into events that went beyond the gallery’s walls and analyzed the detrimental effects of mass consumption and modernization in Japan. A version of Nakanishi’s Gunjyo (Compact Object) (1968) was activated in a public performance on a train of the Tokyo Yamanote Line, the most crowded railway path in the city.

Yoko Ono, a Tokyo native, moved to New York with her family in 1953; she frequented galleries in Manhattan, befriending La Monte Young and John Cage before returning to Japan in 1962. Along with Cage and David Tudor, Ono participated in concerts and performances at the Sōgetsu Art Center, debuting her landmark work Cut Piece (1964). Shortly after, she returned to New York City.

The same year, Jasper Johns traveled to Tokyo with Japanese composer Tōru Takemitsu who helped Johns secure a studio in the Ginza district for two months, which facilitated the completion of his sculpture, High School Days (1964). Anne Truitt took over his studio subsequently, producing a series of sculptures with materials native to Japan including Sumi ink and rice paper. She befriended James Lee Byars who lived and worked in Kyoto from 1958 to 1967.

Shortly thereafter in 1966, Gutai member Sadamasa Motonaga traveled to Manhattan to work with Martha Jackson Gallery for the year. There, he shifted his materials from enamel to acrylic paint, employing an airbrush for the first time to generate a new style of apolitical visual language. Conversely, American artist Senga Nengudi was propelled to visit Japan in 1966 after reading about the Gutai group during her studies at California State University. As a result of her experience and study there, the artist shifted her focus to the immaterial and metaphysical, with an emphasis on time and space, improvisation, ritual and revolution.

Like American Dada artists, anti-art artist Tomio Miki returned to everyday imagery as subject. Miki settled on the human ear, fashioned out of aluminum alloy in large and small scales. Miki’s Ear Unit works, featured in the current presentation, were exhibited in The New Japanese Painting and Sculpture (1966–67) at the Museum of Modern Art in New York, which surveyed work created between 1960 and 1965 by forty-six Japanese artists including Motonaga, Shiraga, and Nobuaki Kojima.

On the occasion of Tokyo Biennale, Richard Serra travelled to Japan in 1970 with Joan Jonas, frequenting traditional Zen gardens where he found inspiration in the phenomenological emphasis on unity between objects and natural elements, navigated by the body in space, over time. Close Pin Prop (1969–76), for example, is a perfectly balanced and self-supporting sculpture: its “gravitational load-bearing” makes “movement itself the subject which generated or constituted the work.”

In the decade to follow, as a result of a trip to Japan in the early 1980s, Robert Rauschenberg produced Gilt (1983), as part of his series, Japanese Recreational Clayworks. Working with craftsmen at Otsuka Ohmi Ceramics, Rauschenberg combined symbols of western art with photographs taken during his trip.

Throughout the exhibition, the gallery will be hosting bi-weekly film screenings, commencing Wednesday, November 6, 6–8PM with a screening of ‘ANPO: Art X War’ by Linda Hoaglund, followed by a conversation between Hoaglund and filmmaker and writer Ed Halter.

Courtesy of the artists and Fergus McCaffrey, New York