Jana Schröder returns to the gallery with a series of new monochrome paintings, a continuation of the Kadlites series. 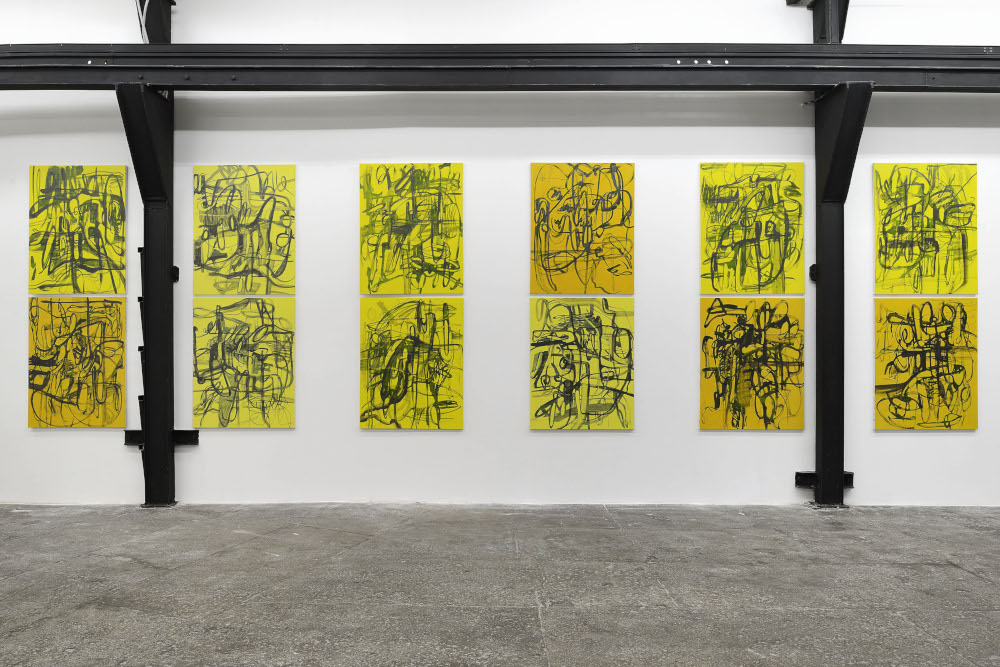 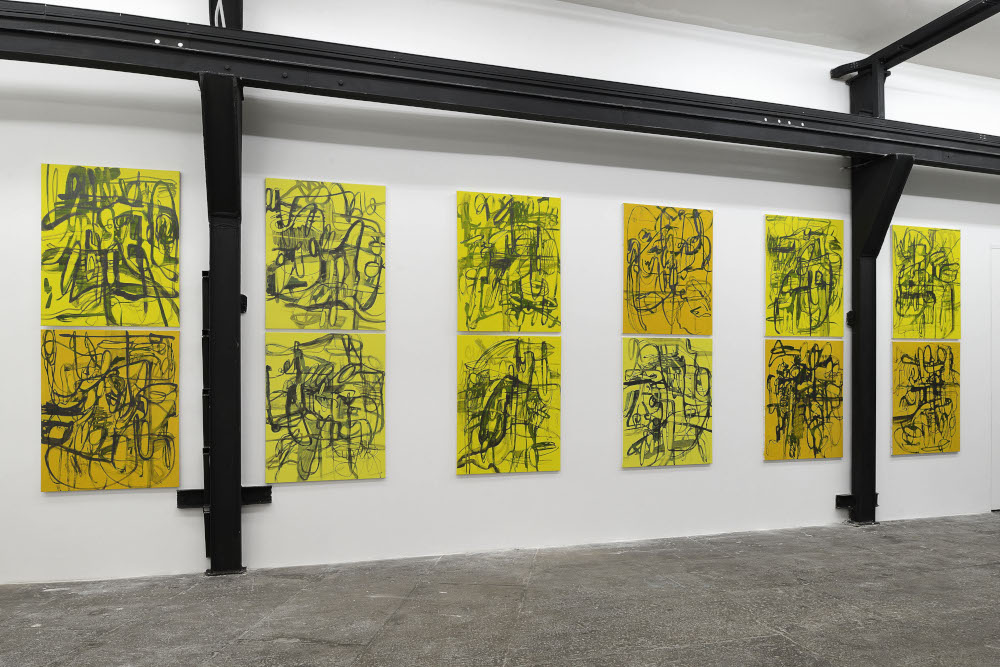 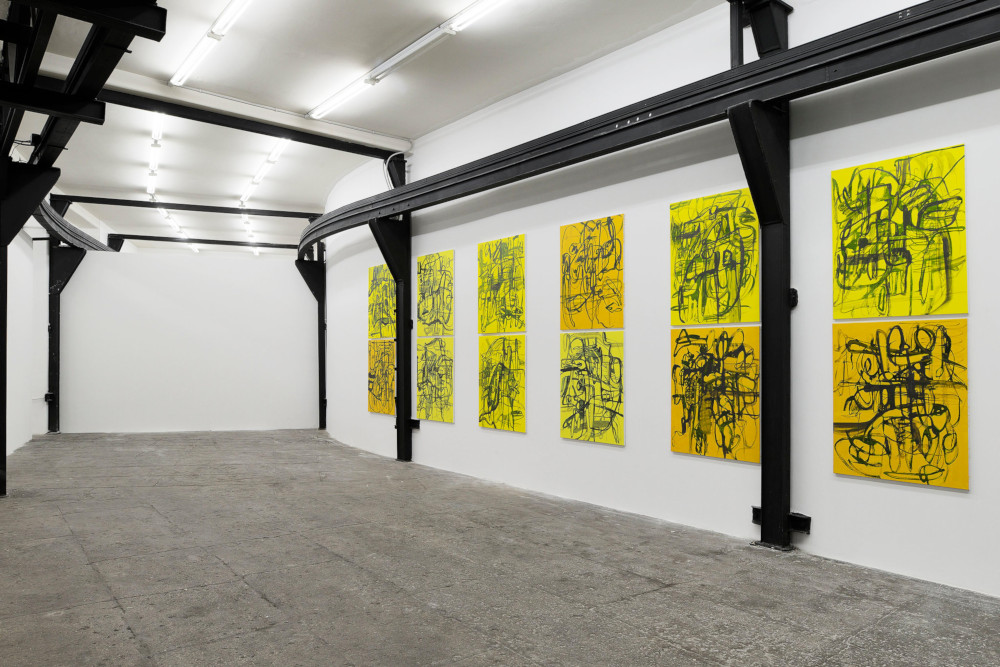 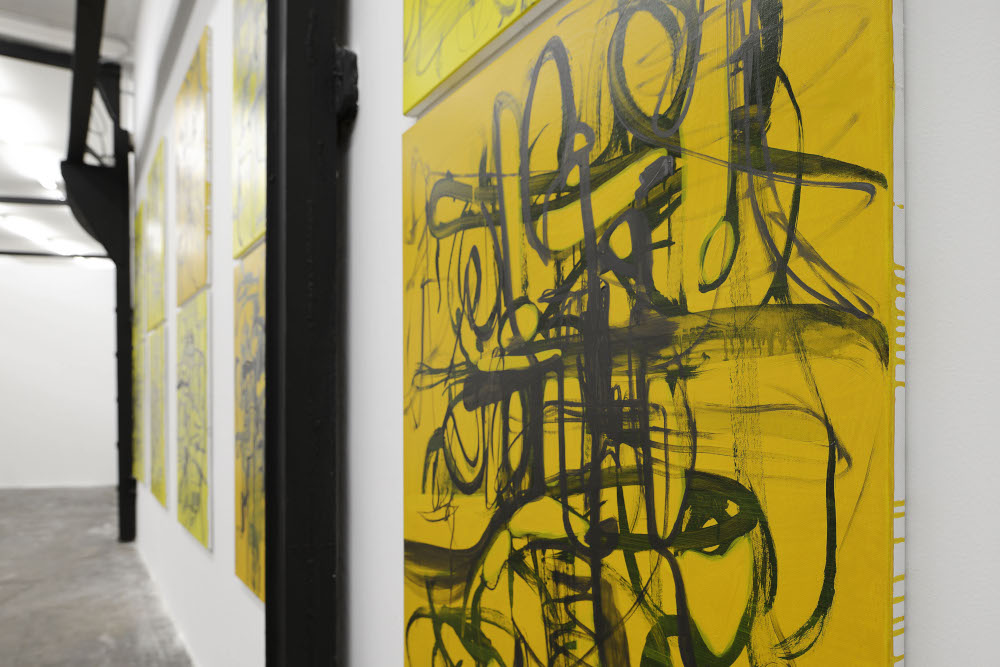 In these new works the pictorial surface is reduced in order to give a greater importance to the content, and it turns into a space for contamination of repeated and layered lines, that confer density, rhythm and harmony.

Schröder presents conceptual painting in its multiplicity of action, in which the constant gestural practice is both meditative and performative. These ‘energy signs’ are repeatedly marked by the graphite pencil and the brush, mixing the turpentine with lead powder. By erasing some traits by means of a rubber or another painting, Schröder then multiplies the previously traced signs, which cross over into new directions.

Repetition is “inverted memory”, according to Kierkegaard, a production of something new, and not merely a reproduction of what already exists. The works of Schröder act in the substratum of abstraction: gestural signs form layers of levels and become actual experimentations. These temporal and spatial traces represent a record of the artist’s pictorial experience. The marks invite you to get closer to the canvas, to study the lines and their progressions more closely. They become a perceptive challenge for the viewers, who find themselves in front of an idea that is being energetically translated into painting.

The boundaries between drawing, writing and painting appear to be already overcome. What the artist is interested in is the process, the repetition of the gesture, the study of the possibilities of the becoming of the work, as well as of the overcoming of its limits. The sign language expands on the surface of the canvas, in which the centre doesn’t exist anymore, and goes beyond the limits of the space.