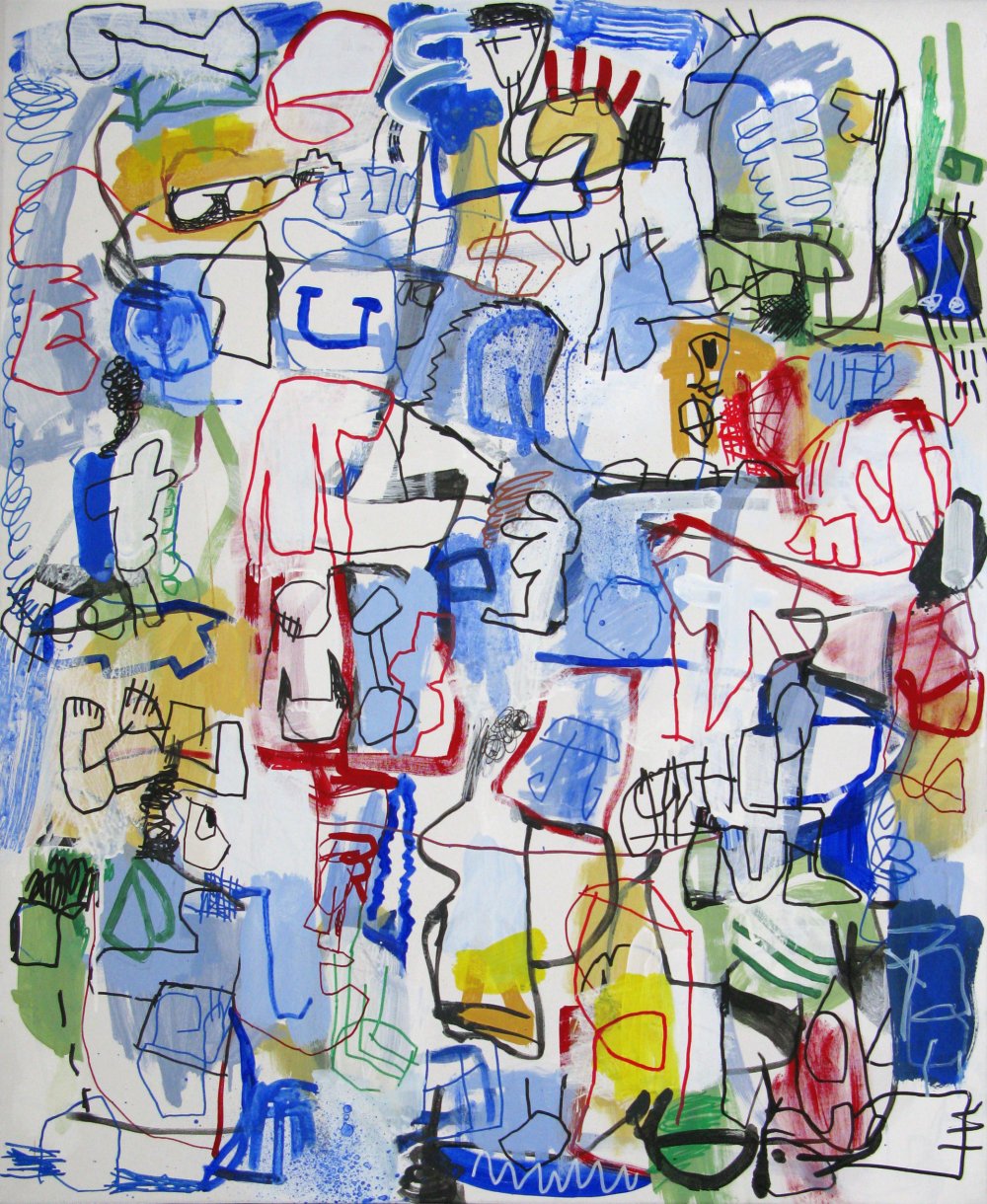 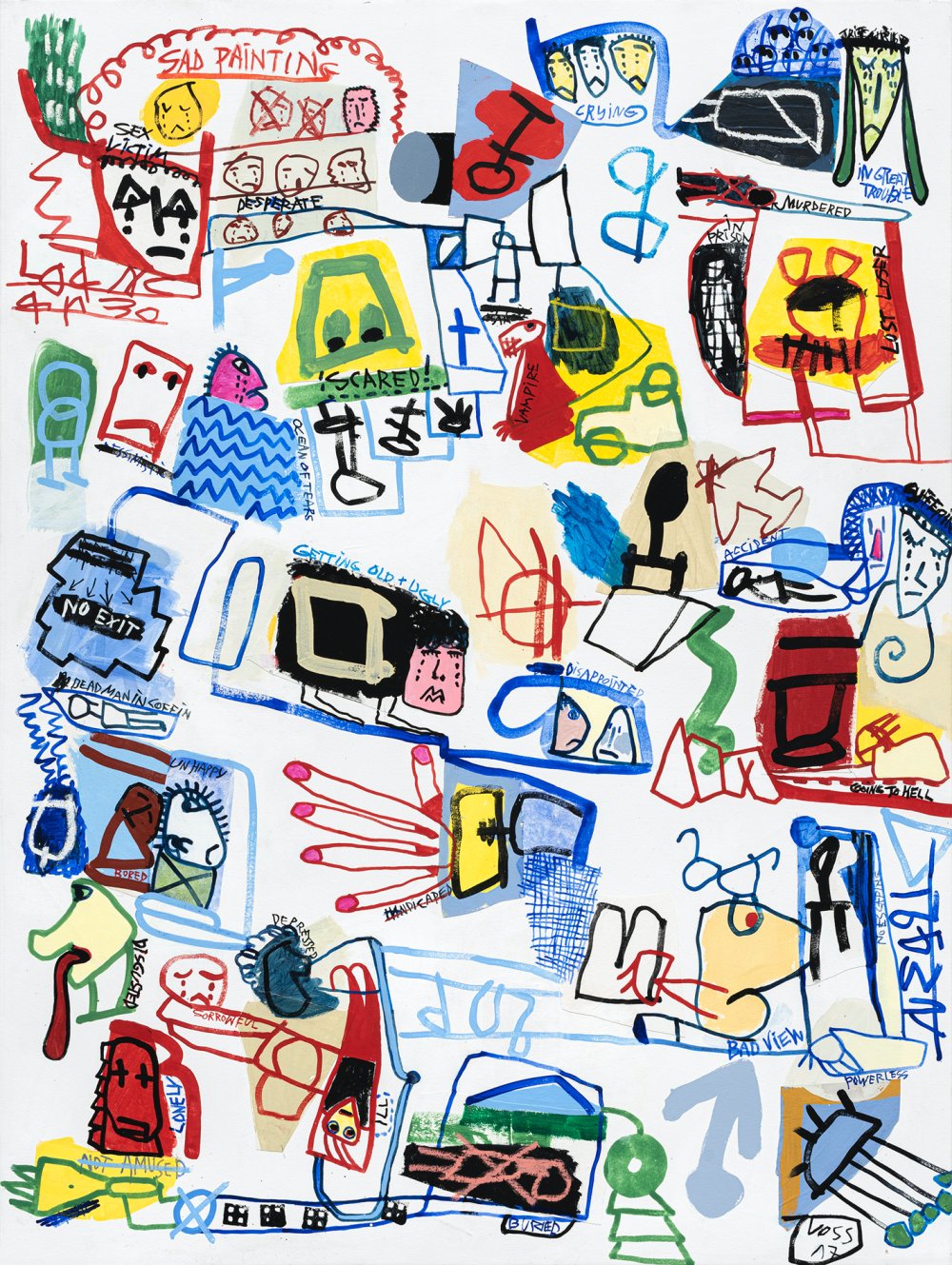 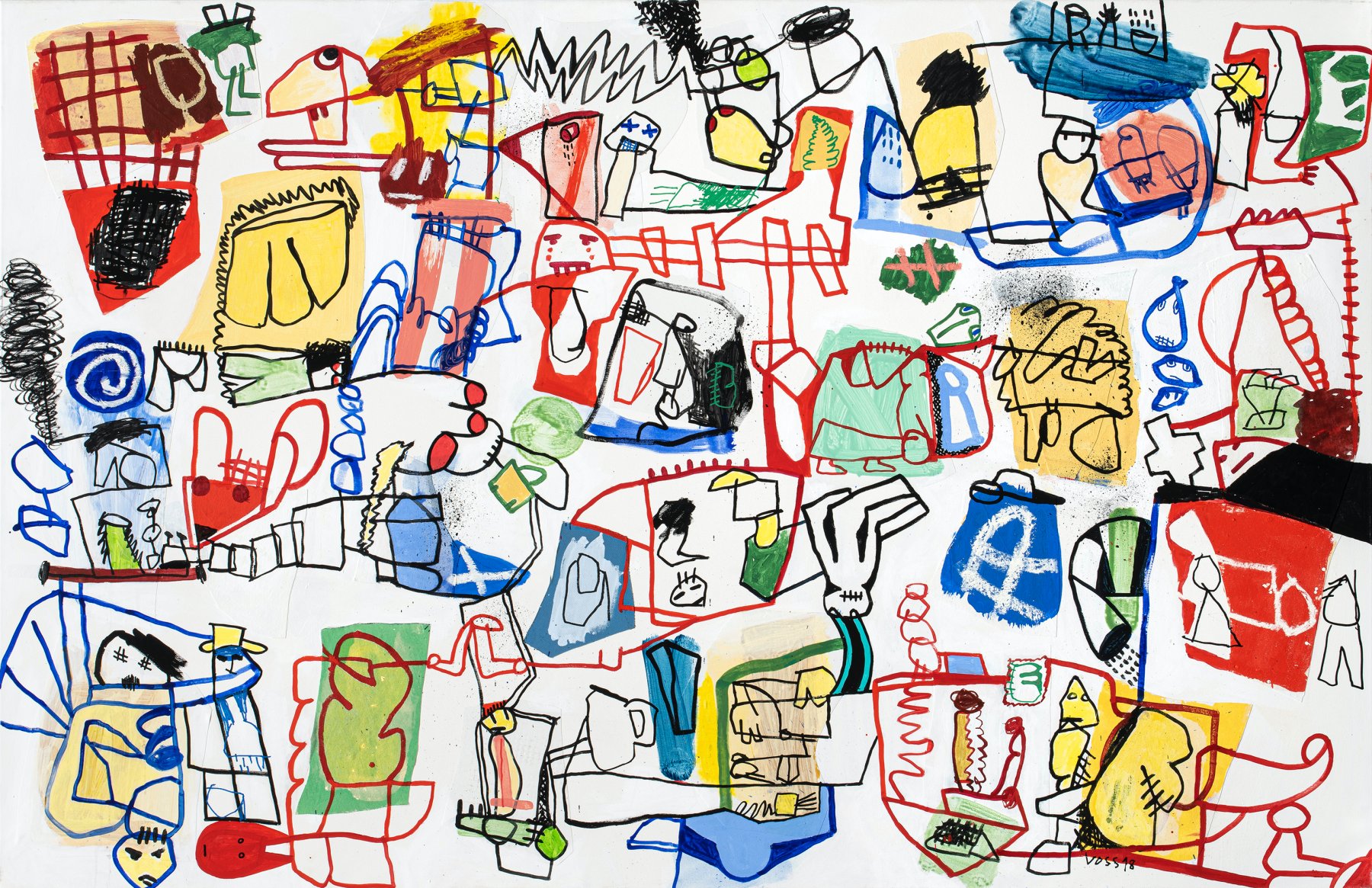 The painter noticed that often a word or a short phrase either heard, read or imagined would be the catalyst for images emerging in his mind. This was particularly true during the long weeks of forced isolation the artist spent in his Berlin studio during the lockdown. Deprived of contact with the outside world, visually nothing new caught his attention. But words and phrases, most often in English, stuck in his mind and generated their pictorial counterpoint. He soon allowed these sometimes-insolent words, phrases and questions to penetrate the painting and, with a detached humour, create a certain agitation.
The result has been, and continues to be joyful and off-beat paintings where small, anonymous individuals are confronted with the many vagaries of life.

Jan Voss was born in 1936 in Hamburg (Germany). He lives and works between Paris and Berlin.
After studying at the Munich Academy of Fine Arts from 1956 to 1960, he moved to Paris and became a teacher at the École Nationale supérieure des Beaux-Arts, teaching there from 1987 to 1992. A monograph by Yves Michaud was published in 2001 and a second by Anne Tronche in 2015.
Major exhibitions have been dedicated to his work, including at the Musée des Beaux-Arts in Dunkerque in 2002, at the Palais Synodal in Sens in 2008 and at the Arnhem Museum in the Netherlands in 2010.
An exhibition is scheduled for summer 2021 at the Espace d’art contemporain André Malraux in Colmar.