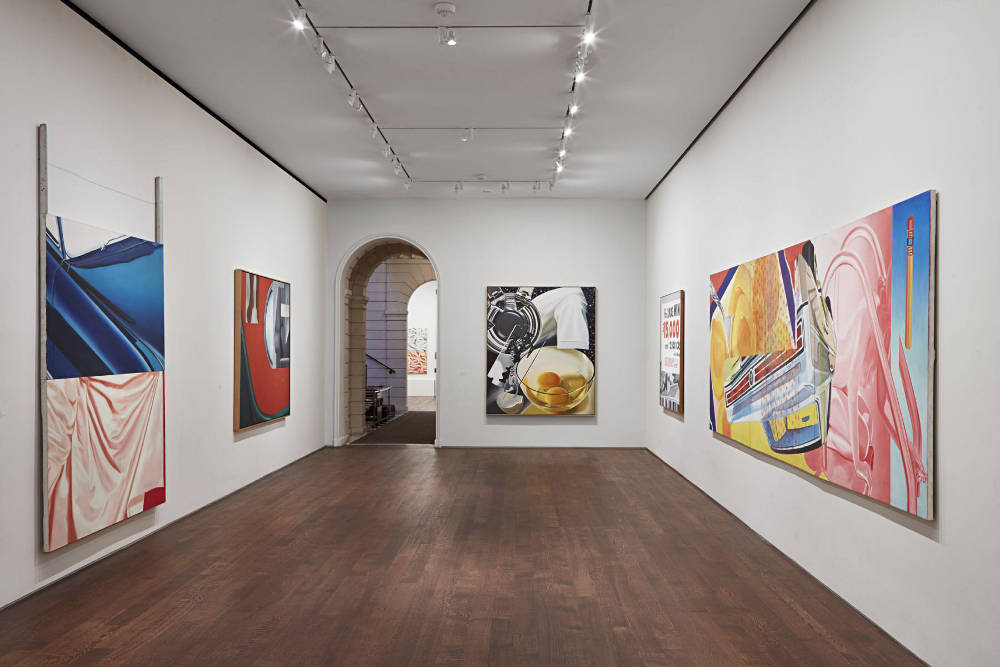 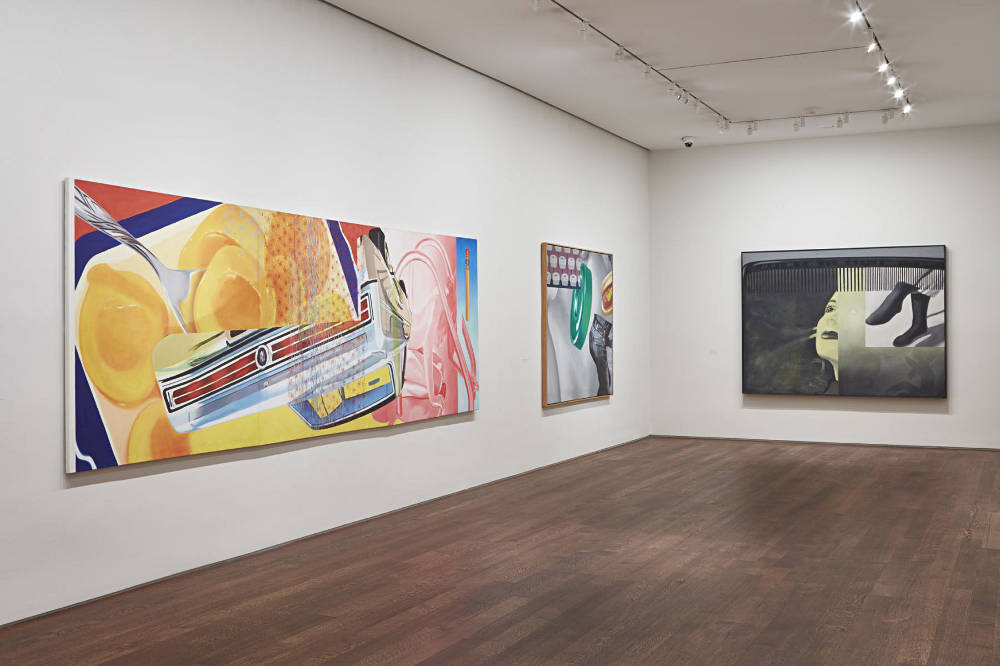 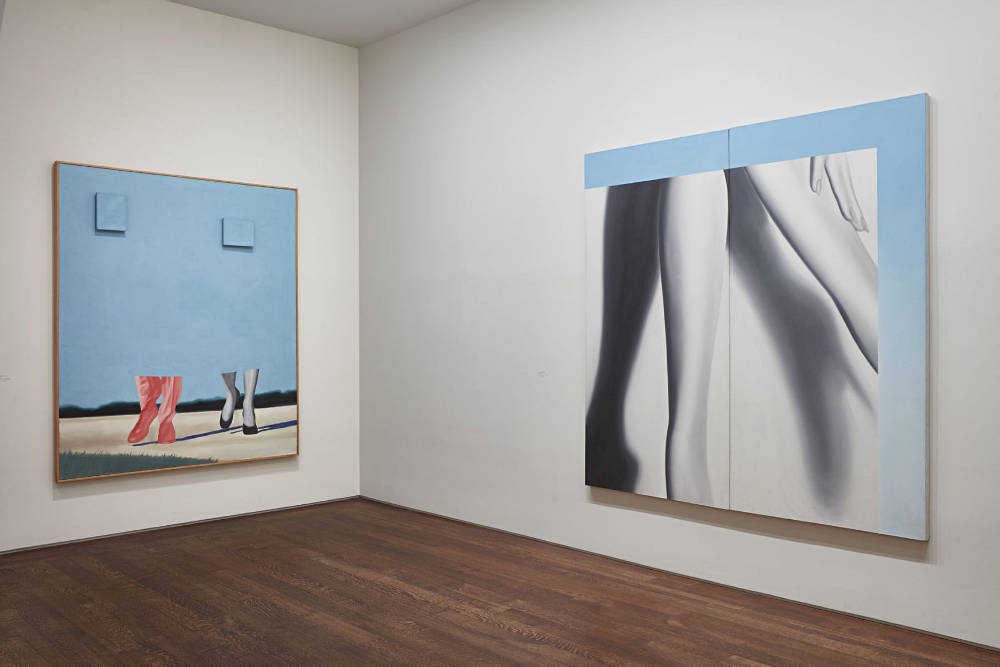 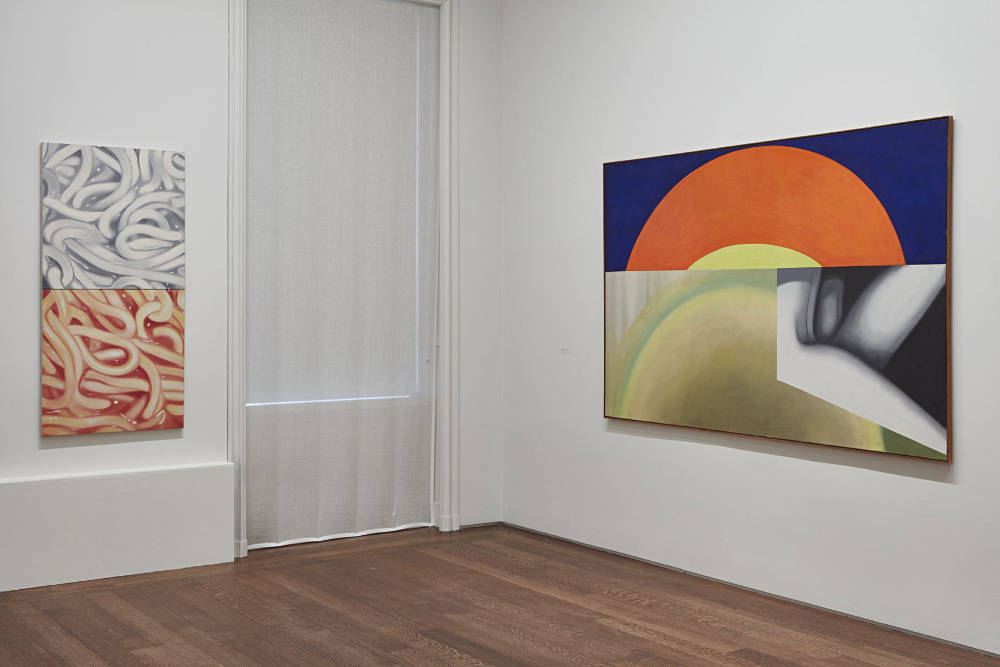 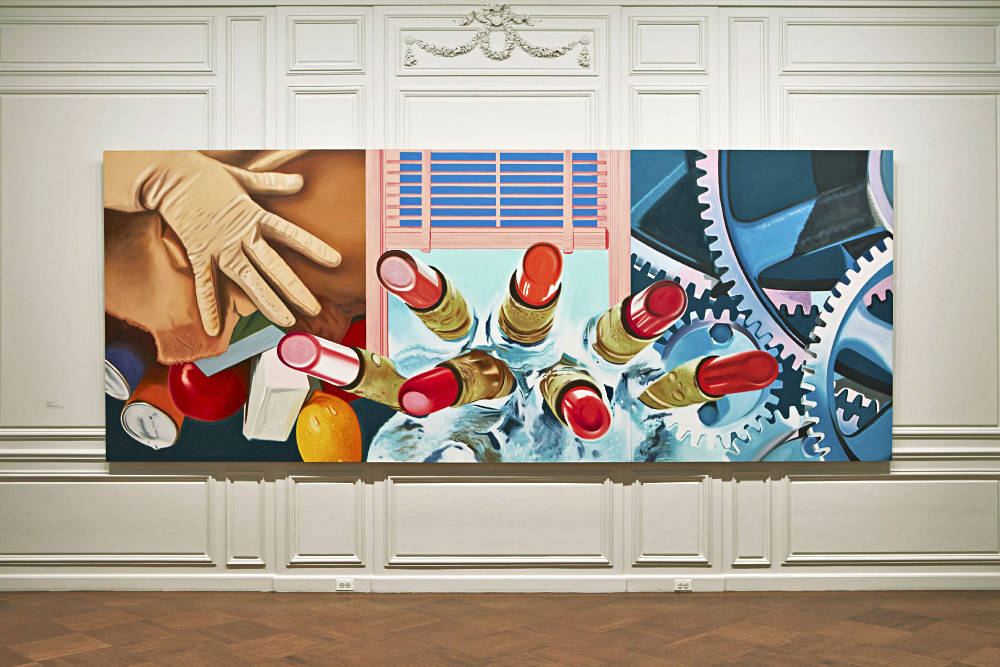 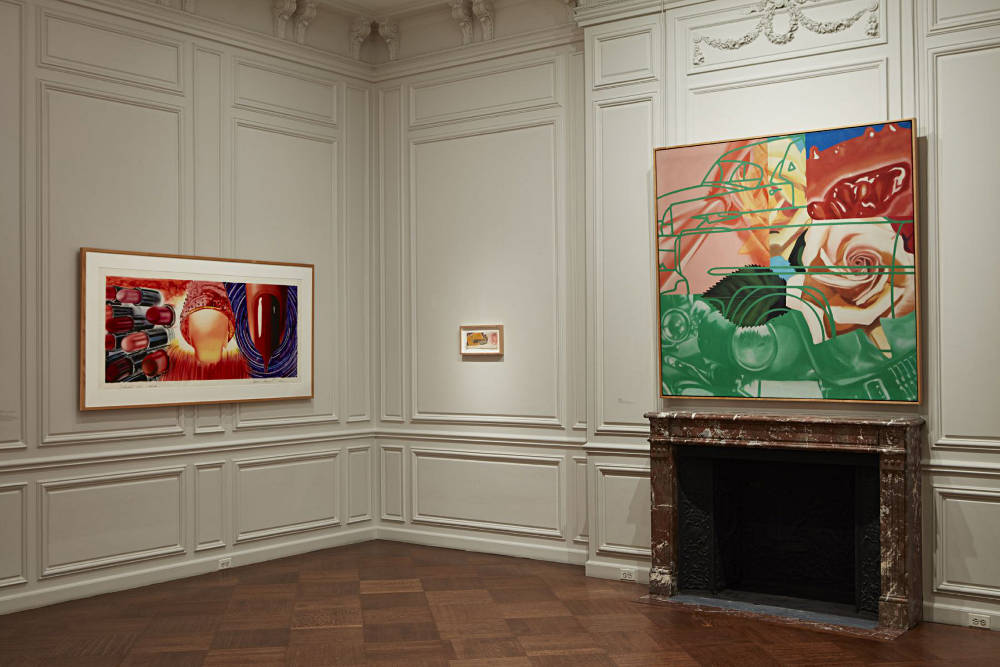 The exhibition presents Rosenquist as a lyrical artist who painted what he saw and felt about the world around him, creating images that reflected his experience of American life and its political landscape. Curated by Judith Goldman, the exhibition features seventeen paintings from the early 1960s through the early 1980s, focusing on the themes that would preoccupy him throughout his career.

“Rosenquist is celebrated as the painter of F-111, and early on he took his place in the pantheon of Pop. But his range was far greater. He was rigorous picture maker and an enigmatic storyteller. The focus of this exhibition is on the breadth and sheer poetry of Rosenquist’s vision of the world around him.”

Born in 1933, at the height of the Great Depression, Rosenquist was raised in the Midwest during an era of war and patriotism. He came of age in a time of prosperity, when the pursuit of the American Dream was paramount. Beginning in the early 1960s, Rosenquist channeled his experience working as a billboard painter with his experience of America to create enigmatic but suggestive narratives. Out of popular images and commonplace objects, Rosenquist crafted a poetic visual language with jarring, unexpected couplings and haunting metaphors.

The show includes important loans from museums such as the National Gallery of Art, Washington, D.C.; the Museum of Modern Art, New York; the Whitney Museum of American Art; the Hirshhorn Museum and Sculpture Garden; and the Spencer Museum of Art at the University of Kansas; in addition to loans from private collections.

The exhibition will be accompanied by a fully illustrated book that includes an essay by Judith Goldman, a meditation “Eighteen Midwests for James Rosenquist” by the novelist and essayist Charles Baxter, and a remembrance by Michael Findlay, a director of the Acquavella Galleries whose friendship with Rosenquist spanned five decades.

Judith Goldman is a writer and curator, and a former curator at the Whitney Museum of American Art. She is the author of James Rosenquist and James Rosenquist, The Early Pictures and has written numerous essays on contemporary art and artists. Most recently she curated “Robert & Ethel Scull: Portrait of a Collection” at the Acquavella Galleries (2010) and the installation of “Phoenix, Xu Bing” at the Cathedral of Saint John the Divine (2014-15).

James Rosenquist (1933-2017) born in Grand Forks, North Dakota in 1933, was one of the most important American artists of the postwar era. He studied at the University of Minnesota and at his teacher’s suggestion applied and won a scholarship to the Art Students League in New York. In 1955, he left the Art Students League and eventually took a job painting billboards, often working on a scaffold high above Times Square.

In the 1960s, Rosenquist transposed the visual language of commercial painting onto his canvases, filling his large-scale pictures with fragmented advertising imagery in bright colors. Rosenquist’s paintings of this era, such as the iconic F-111 (1964-65), are pictorial critiques of contemporary American culture, and he is considered a pioneer of the Pop art movement along with fellow artists Tom Wesselmann, Claes Oldenburg, Andy Warhol and Roy Lichtenstein.

The work of James Rosenquist is represented in major private and public collections worldwide, including the Metropolitan Museum of Art, the Los Angeles Museum of Contemporary Art, the Art Institute of Chicago, Centre Georges Pompidou, Museum Ludwig in Cologne, Moderna Museet in Stockholm, and the Tate Modern in London. Aside from his many gallery and museum exhibitions, Rosenquist has had more than fifteen retrospectives, with two at the Whitney Museum of American Art. In 2003 the Guggenheim Museum organized a retrospective that traveled to Houston, New York, Bilbao and Wolfsburg. Most recently, he was the subject of the traveling retrospective James Rosenquist: Painting as Immersion at the Museum Ludwig in Cologne and the ARoS Aarhus Art Museum in Stockholm from 2017-18. His 2009 autobiography, Painting Below Zero: Notes on a Life in Art, is a best-seller.