James Prapaithong: A Year Ago Today

James Prapaithong: A Year Ago Today 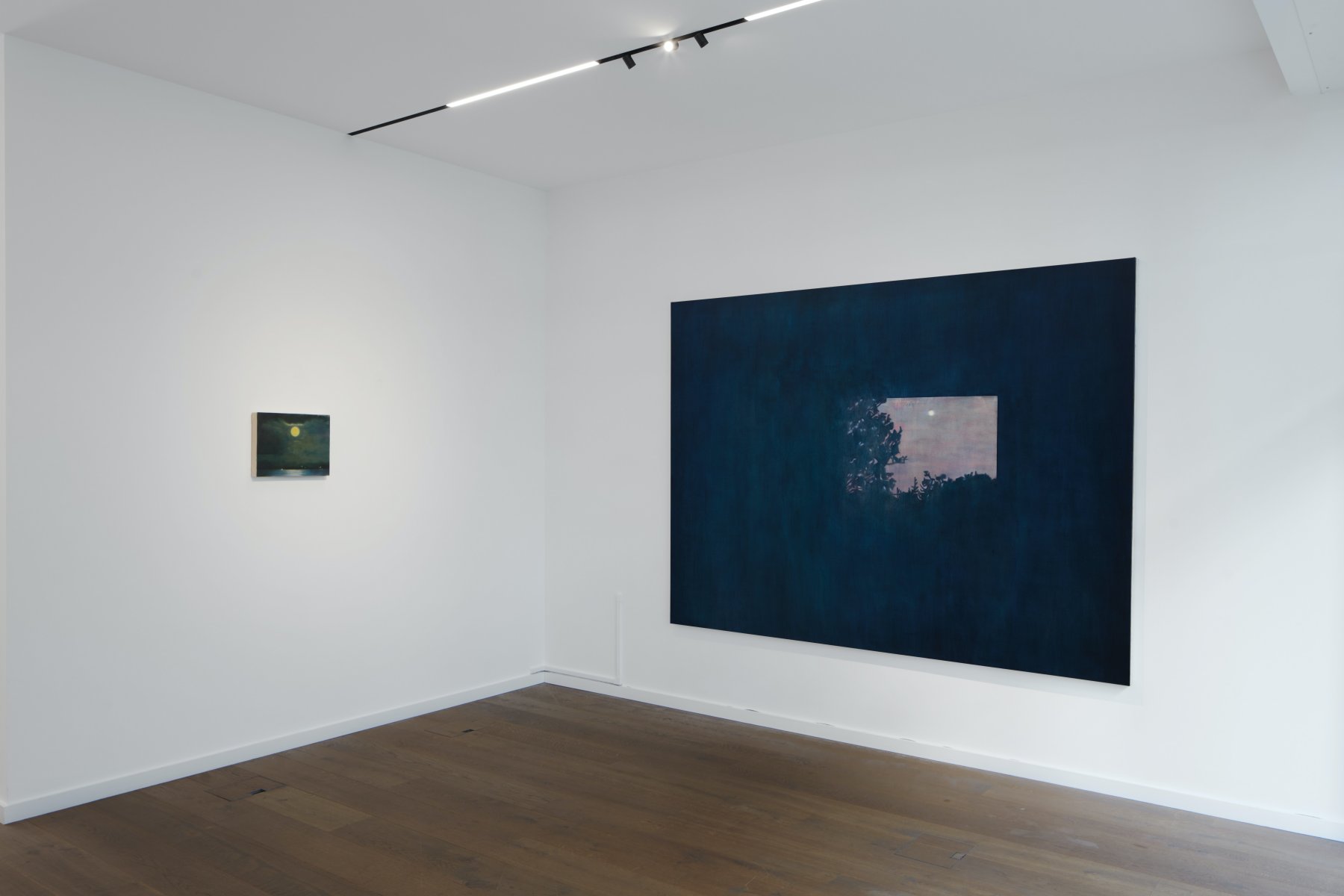 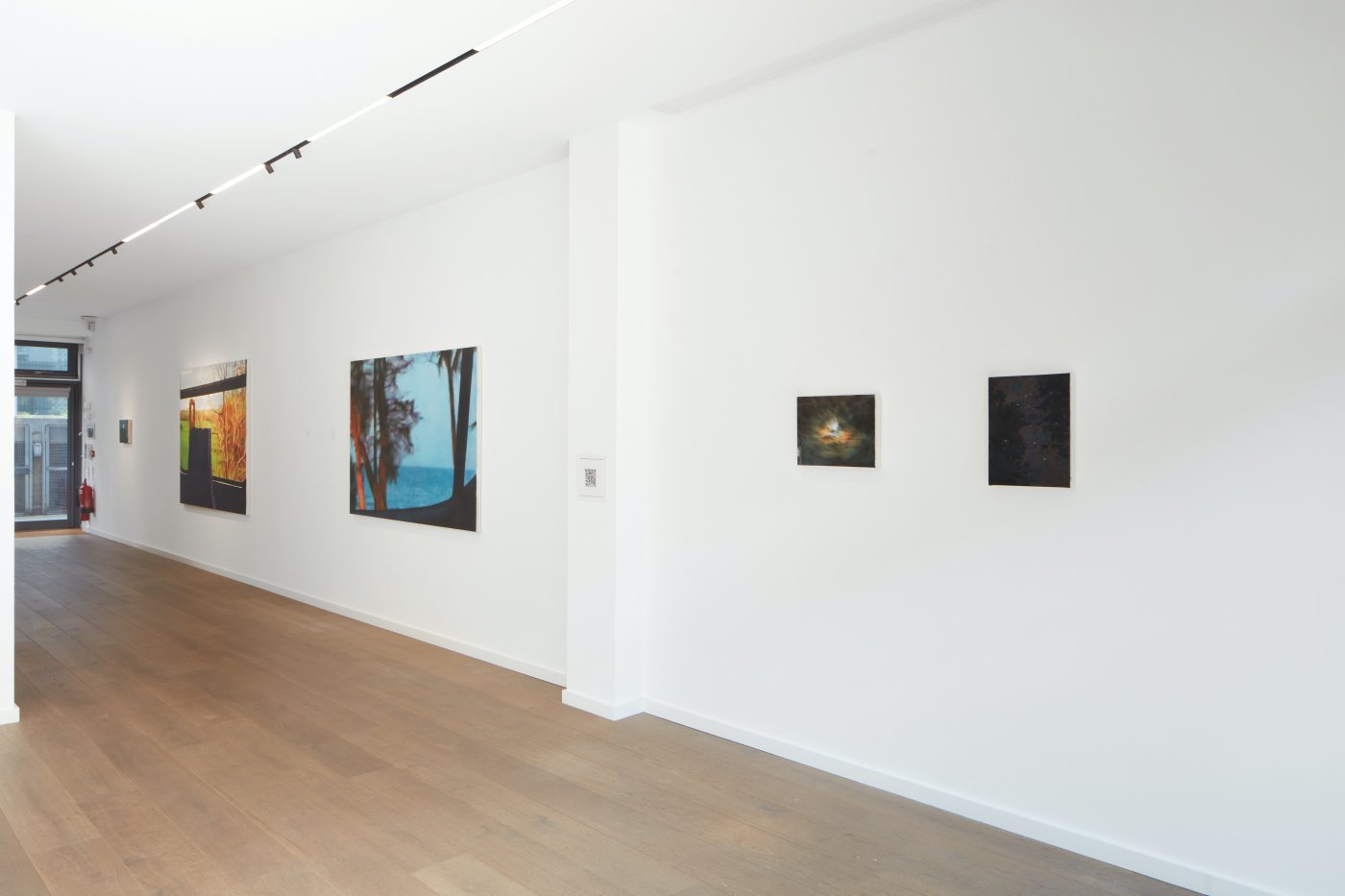 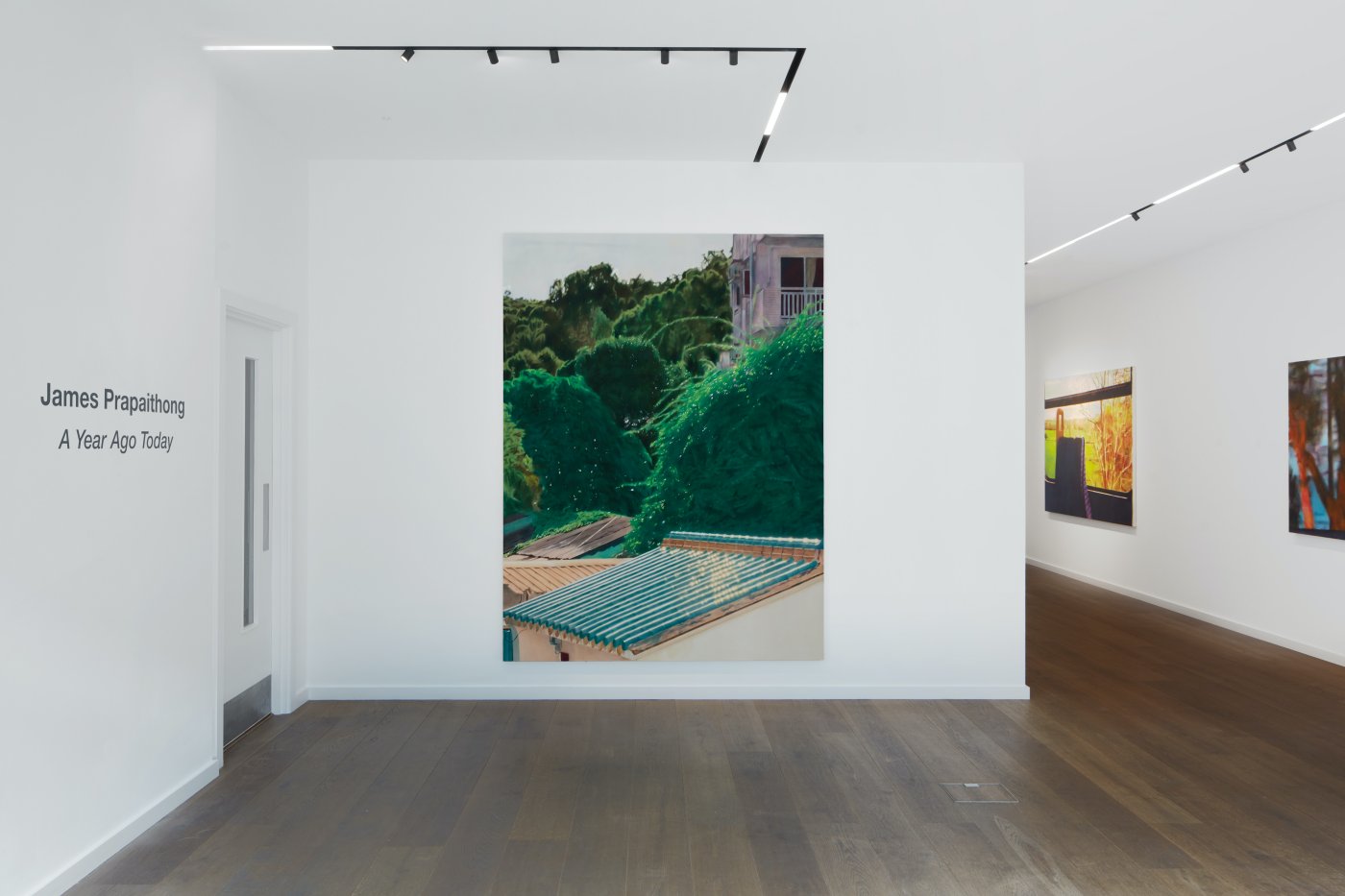 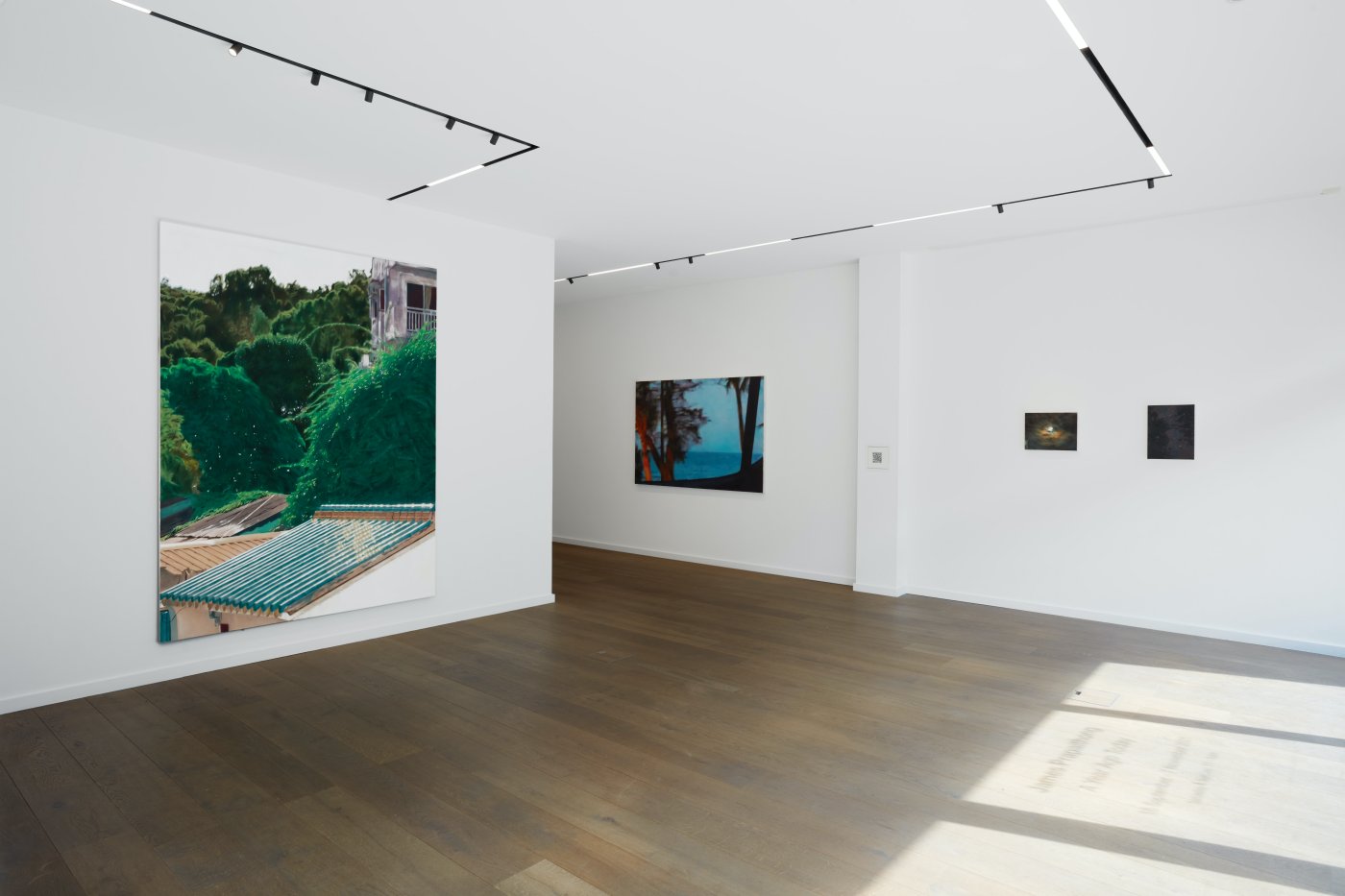 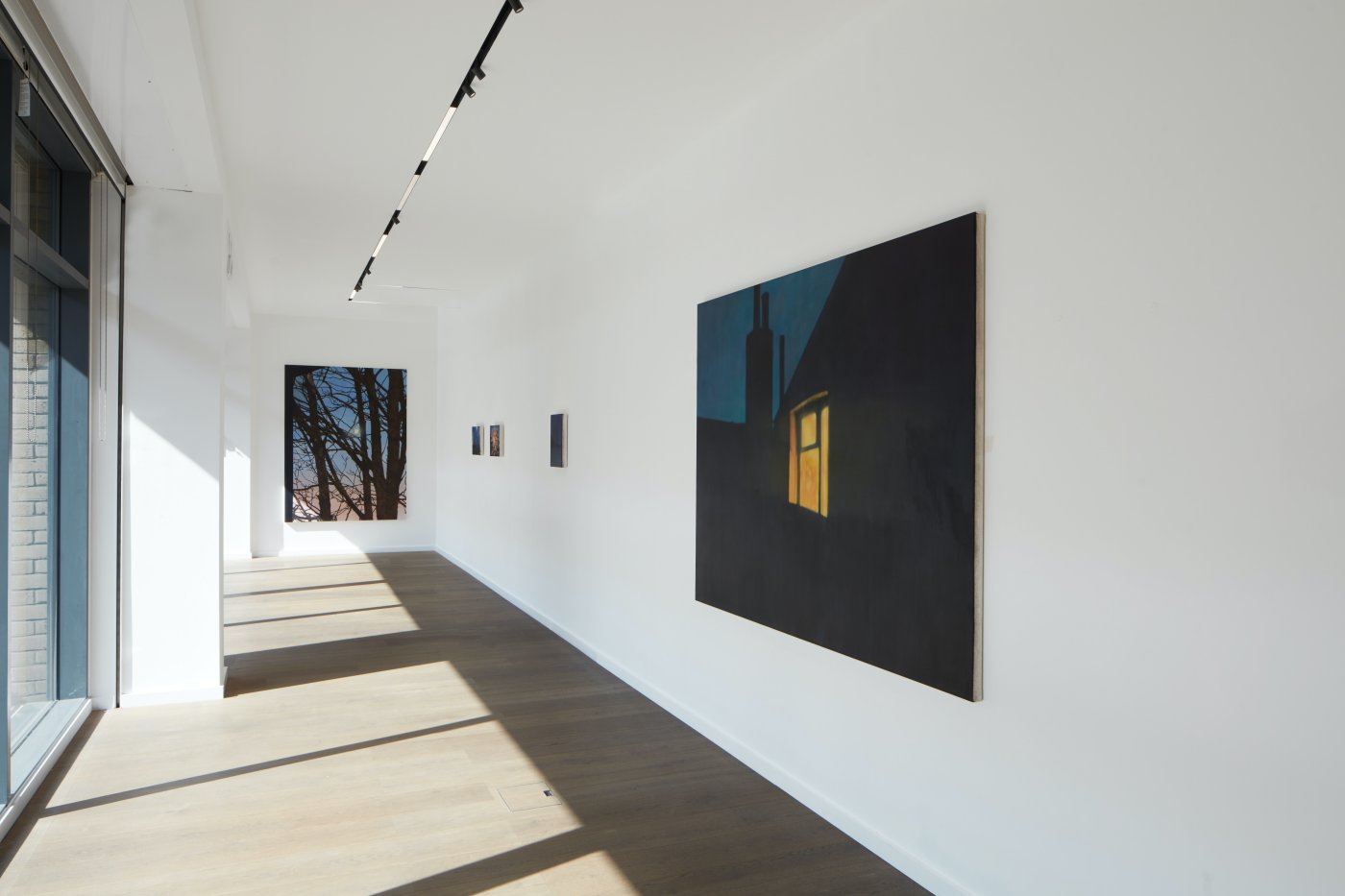 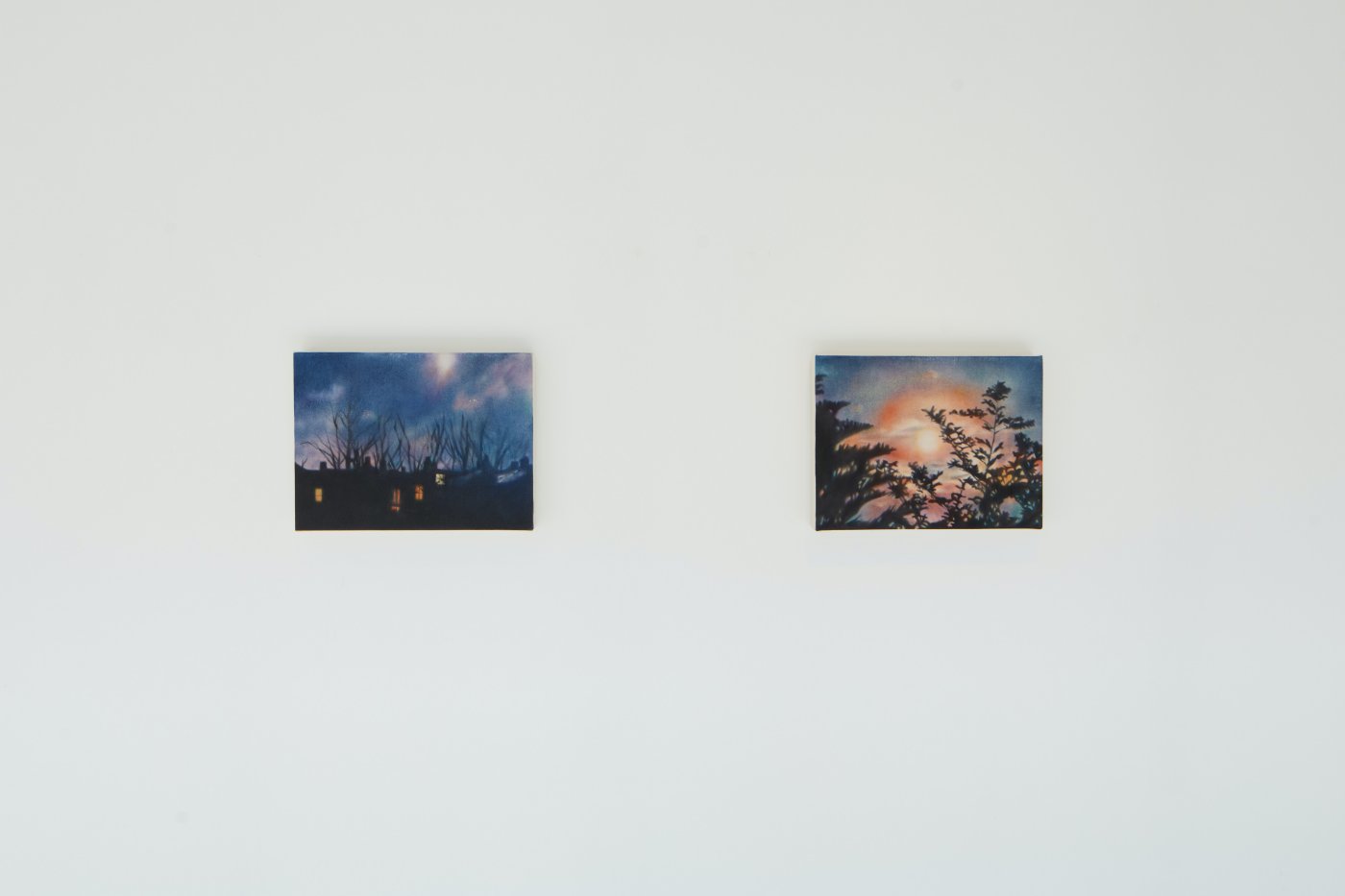 Prapaithong’s filmic paintings deliberately use the aspect ratio of the screen, resembling enlarged photographs and cinema. Devoid of people they become scenes that are both familiar yet distant: the moon between the trees; the view from a train; the shimmering lights of a city nightscape.
Using high colour saturation and a particular attention to light, these hazy, dream-like landscapes become vehicles to communicate the uncertainty of recall, the construction of memory and the space between connection and estrangement. By leaving the remnants of window edges in some of the large scale works, Prapaithong reveals that his landscapes were observed by looking outwards from an interior space, subtly reflecting a state of confinement and invisibility to the outside world.

Interspersed amongst these large-scale paintings are a series of small nightscapes in which the artist investigates the moon’s ability to become both a comforting and melancholic presence. As a romanticised symbol in popular culture, the moon becomes an essential part of Praipathong’s oeuvre, used as both an aesthetic device to explore light within the picture, and as a visual metaphor for nostalgia, yearning and a need for shared experience. Psychologically charged, Prapaithong’s timely paintings quietly reflect our collective desire for human connection.

James Prapaithong (b.1996, Bangkok, Thailand) currently lives and works in London. He received his BA in painting from Wimbledon College of Arts and is currently studying for his MA in painting at the Royal College of Art. Recent exhibitions include Still @live, MAPA Fine Art London; To My Twenties, Old Central St. Martins Building, London; and The Weird and the Eerie, Hockney Gallery, London.

Courtesy of the artist and Workplace Gallery