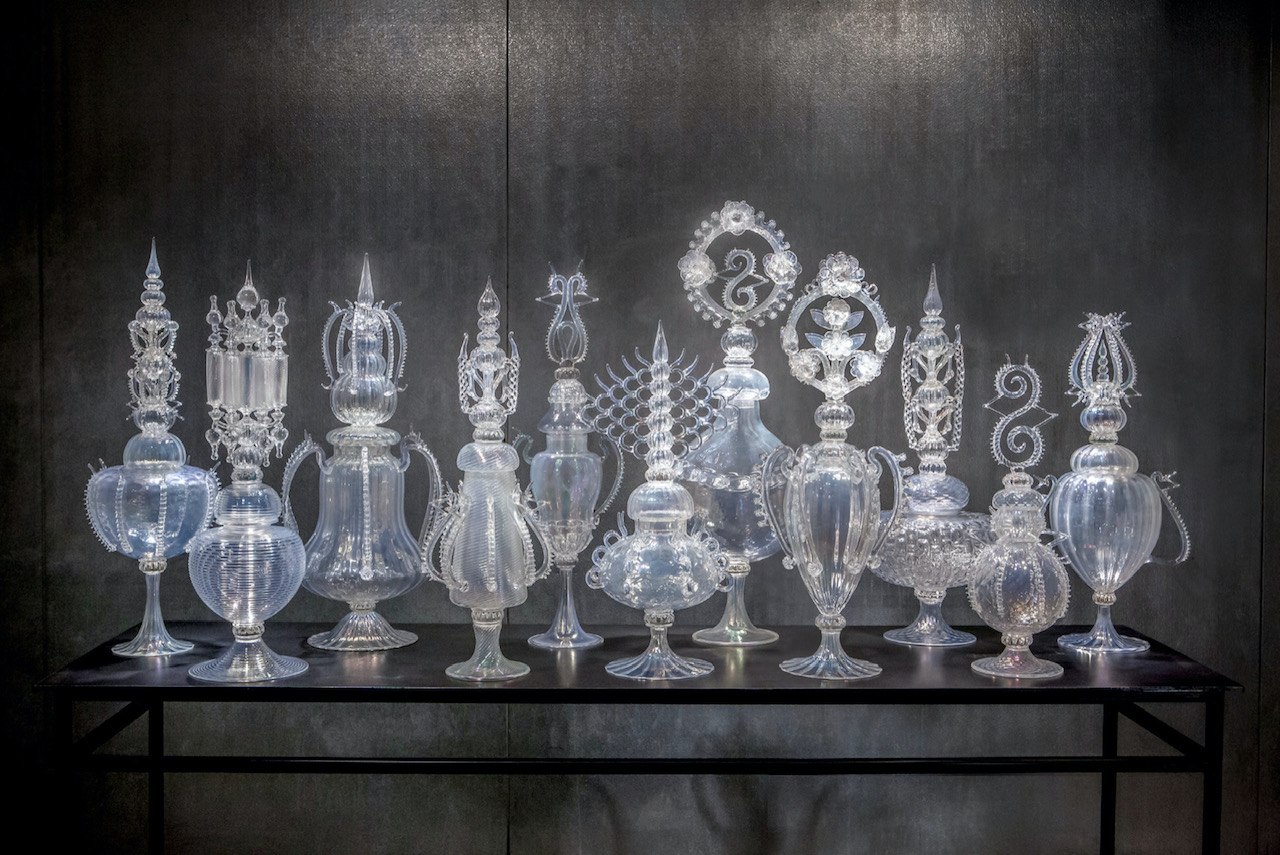 James Mongrain is a self-proclaimed beneficiary of the Italian masters of glass blowing. Mongrain reinterprets Venetian tradition pulling on the renowned Venetian glass heritage to encapsulate the style and skill of these time-withstanding methods. James Mongrain has an extraordinary mastery of material and facility with Venetian glass technique that has earned him a place amongst the greatest glass artists of the world. Early in his career, his teachers Maestro Lino Tagliapietra and Checco Ungaro, helped guide and influence his inspiration and virtuosity. Today, he leads the glass team at Chihuly Studios where he works directly with Dale Chihuly to create the large-scale masterworks for which Chihuly is so well known.

James Mongrain was introduced to glass while enrolled at Moorhead State University, under the instruction of his brother Jeff Mongrain, an internationally-renowned artist. He later studied glassblowing at Massachusetts College of Art and Appalachian Center for Crafts in Smithville, Tennessee. At the onset of his career, Mongrain worked in hot shops around the country, including New York, Cincinnati, and New Orleans, where he focused his attention on becoming technically proficient in the Venetian tradition of goblet making. In 1993, Mongrain worked as a co-gaffer at Pilchuck Glass where he met internationally-renowned glass artist and mentor Dale Chihuly. Two years later, Chihuly invited Mongrain to move to Seattle to work for Chihuly, Inc. as a gaffer for the “Chihuly over Venice” installation. The project took him to glass factories in Ireland, Mexico, and France, and culminated with the installation of 14 chandeliers over the canals and piazza of Venice. In 1997, Mongrain opened his own glass studio in Seattle, which he continues to own and operate today. In 1999, Mongrain was nominated for the Louis Comfort Tiffany Award, and began work on the “Jerusalem Cylinders” with Chihuly, part of the “In the Light of Jerusalem 2000” project. Mongrain was also the lead figure among a team of glassblowers working on Chihuly’s “Fiore Di Como” in the Belliago hotel, Las Vegas, and the “Bridge of Glass” in Tacoma, Washington. In addition to Chihuly, over the years, Mongrain has collaborated with a number of prominent contemporary artists including Jeff Zimmerman, Jim Dine and Jeff Koons.

Mongrain’s work has been exhibited nationwide in galleries and museums, among them the Corning Museum of Glass in New York, the American Craft Museum in New York, the Louisville Museum of Art and the Museum of Glass in Tacoma, Washington. He continues to work for Chihuly and other artists on special projects, but has focused his attention on designing and crafting one of a kind Venetian goblets, Veronese vases, and sculptural chandeliers inspired by Venetian tradition that unites traditional elegance with contemporary flair.