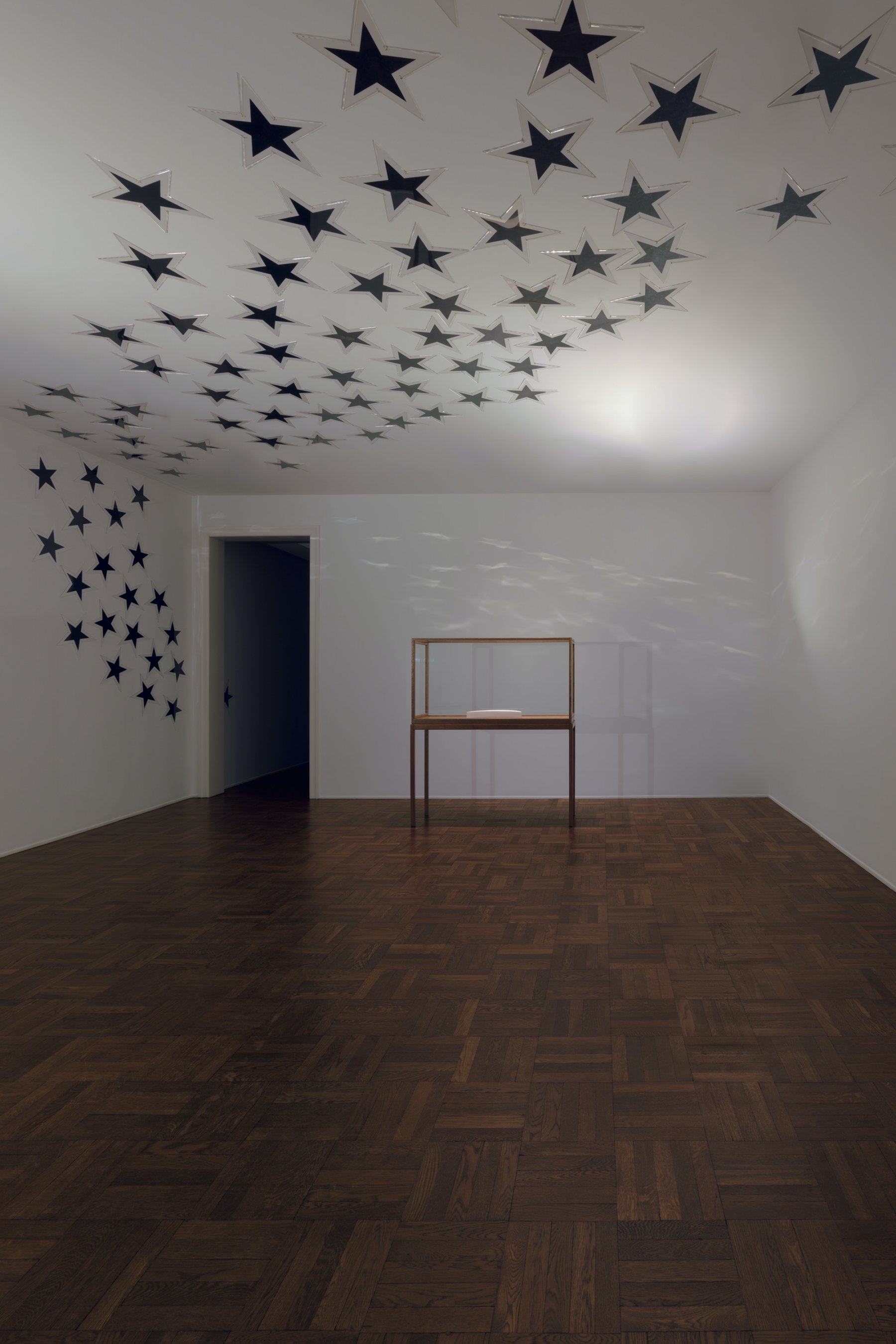 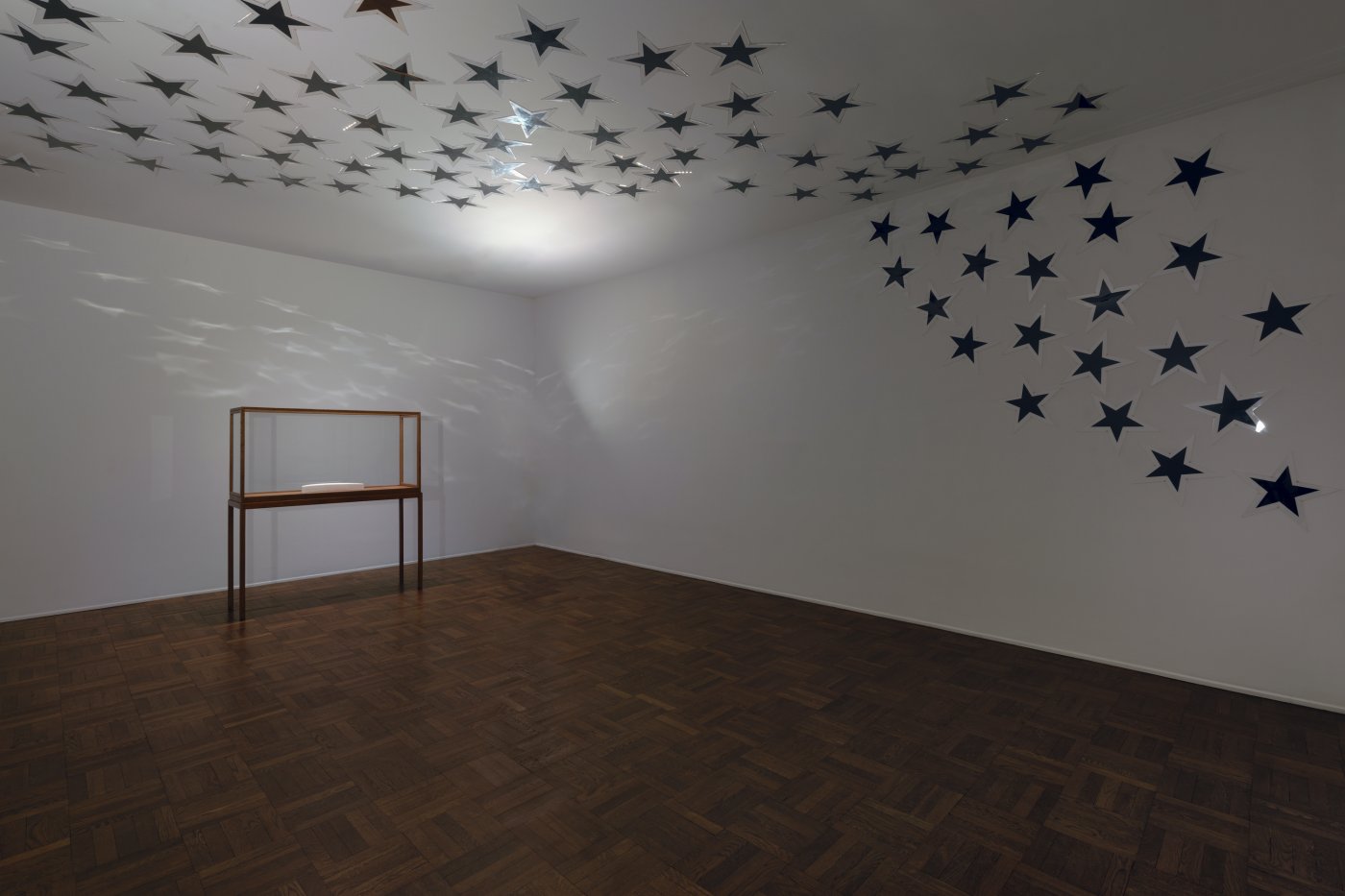 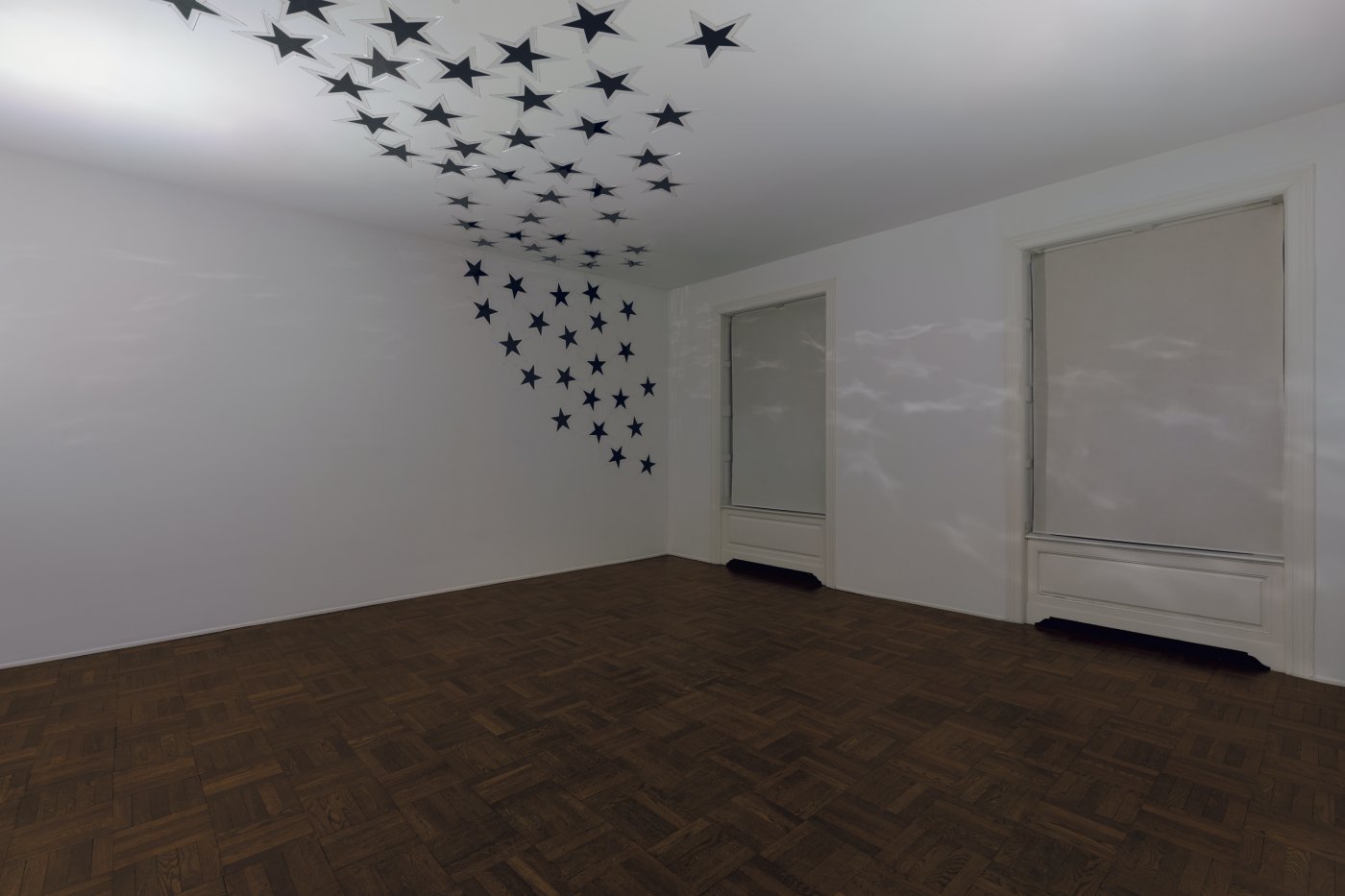 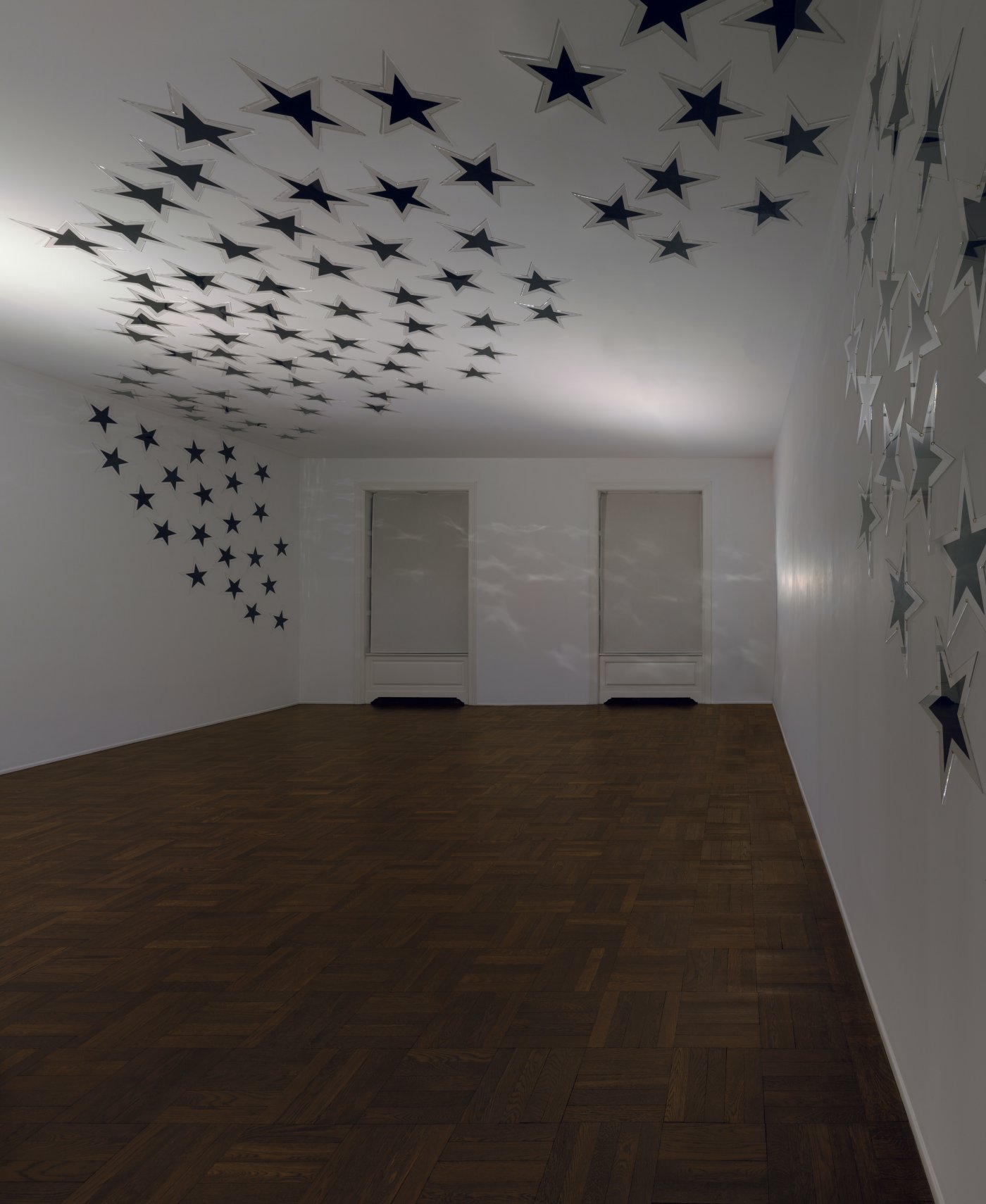 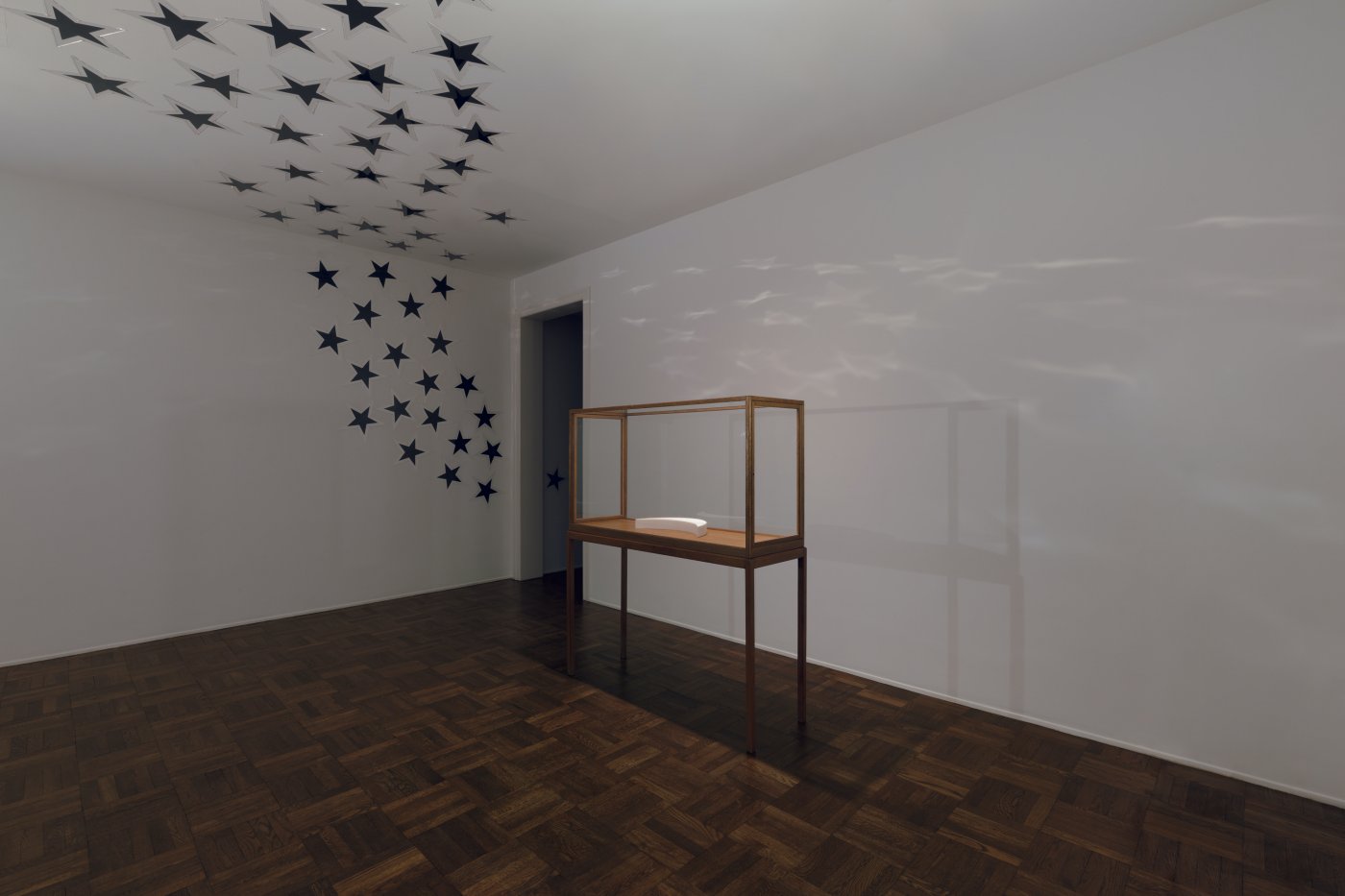 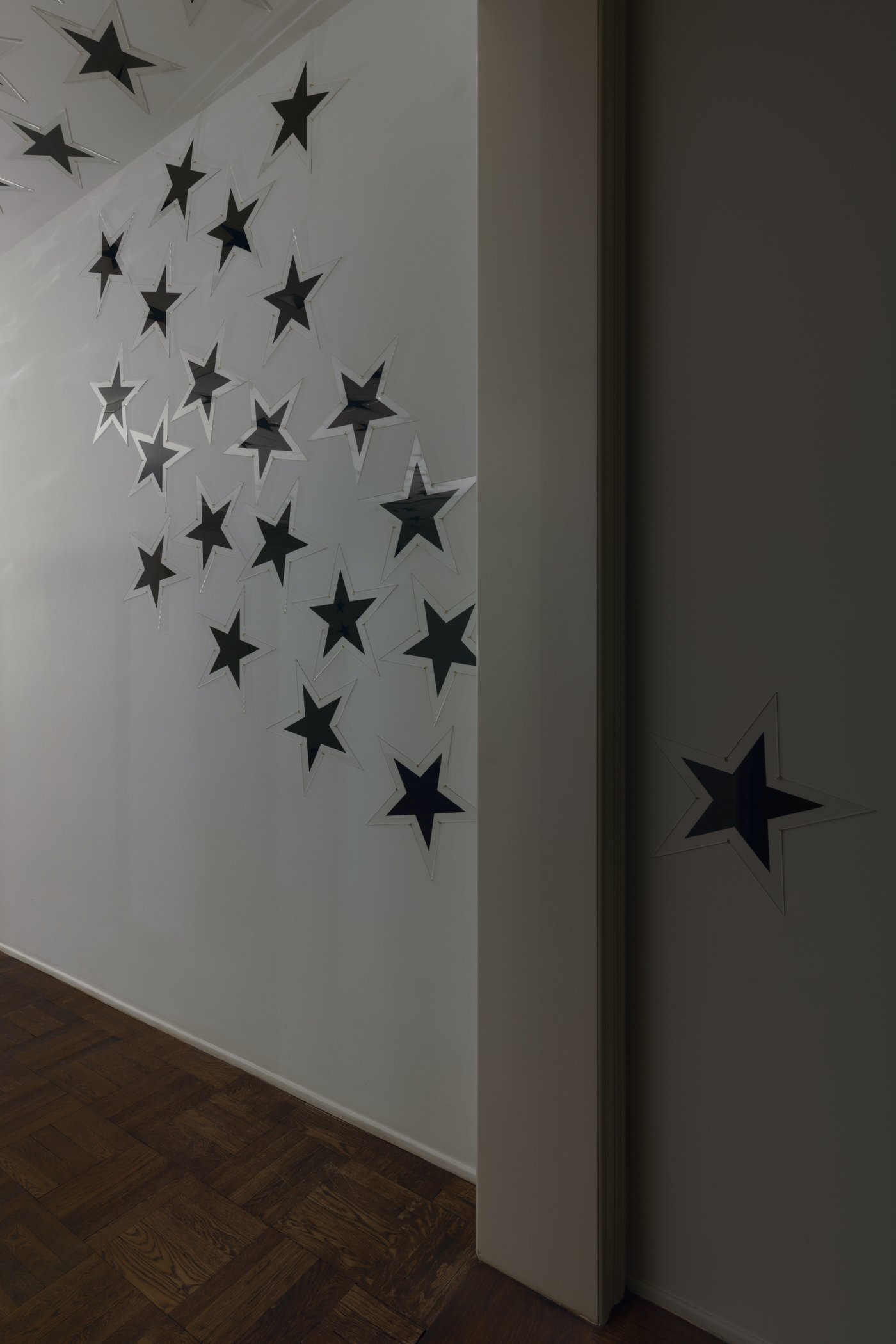 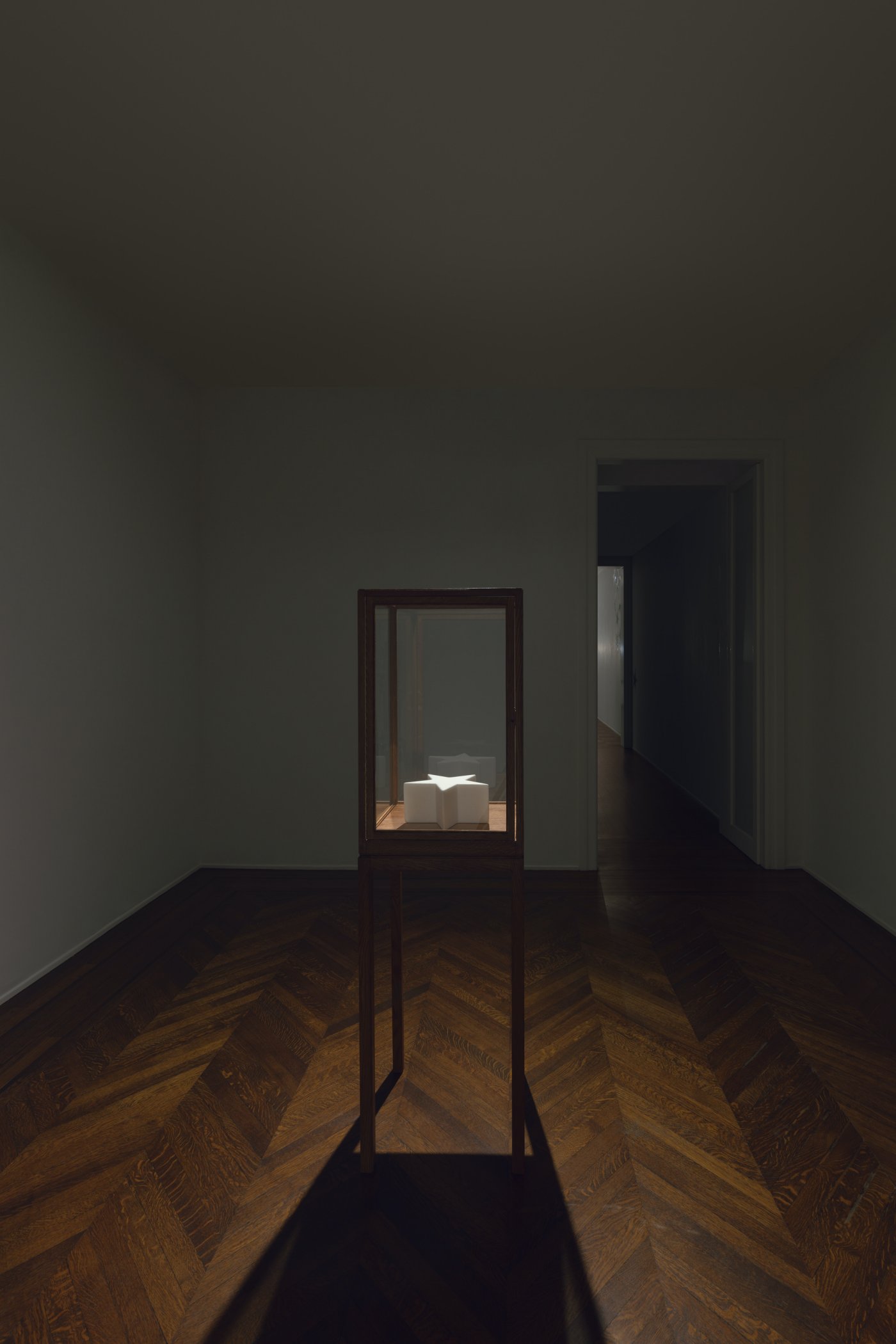 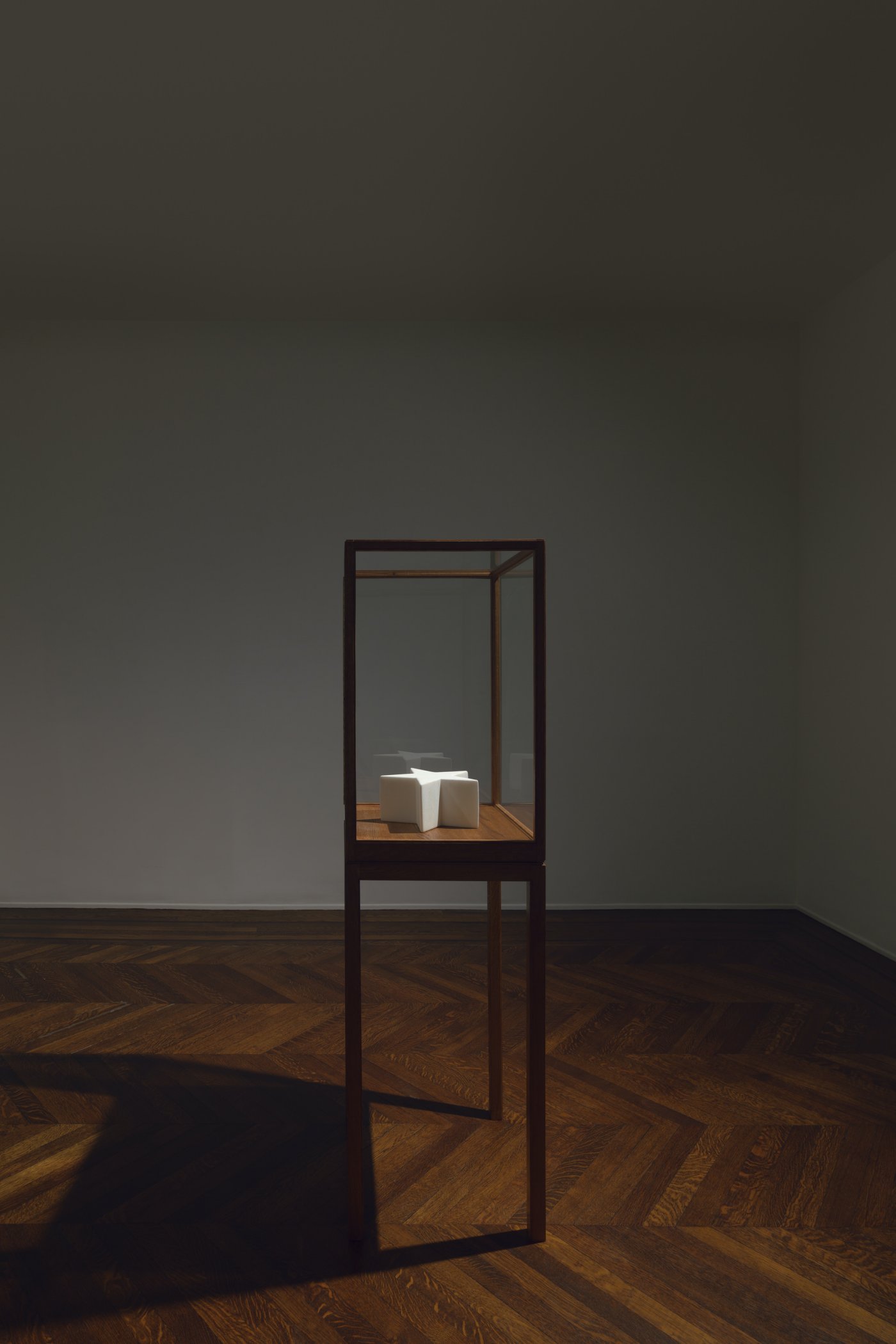 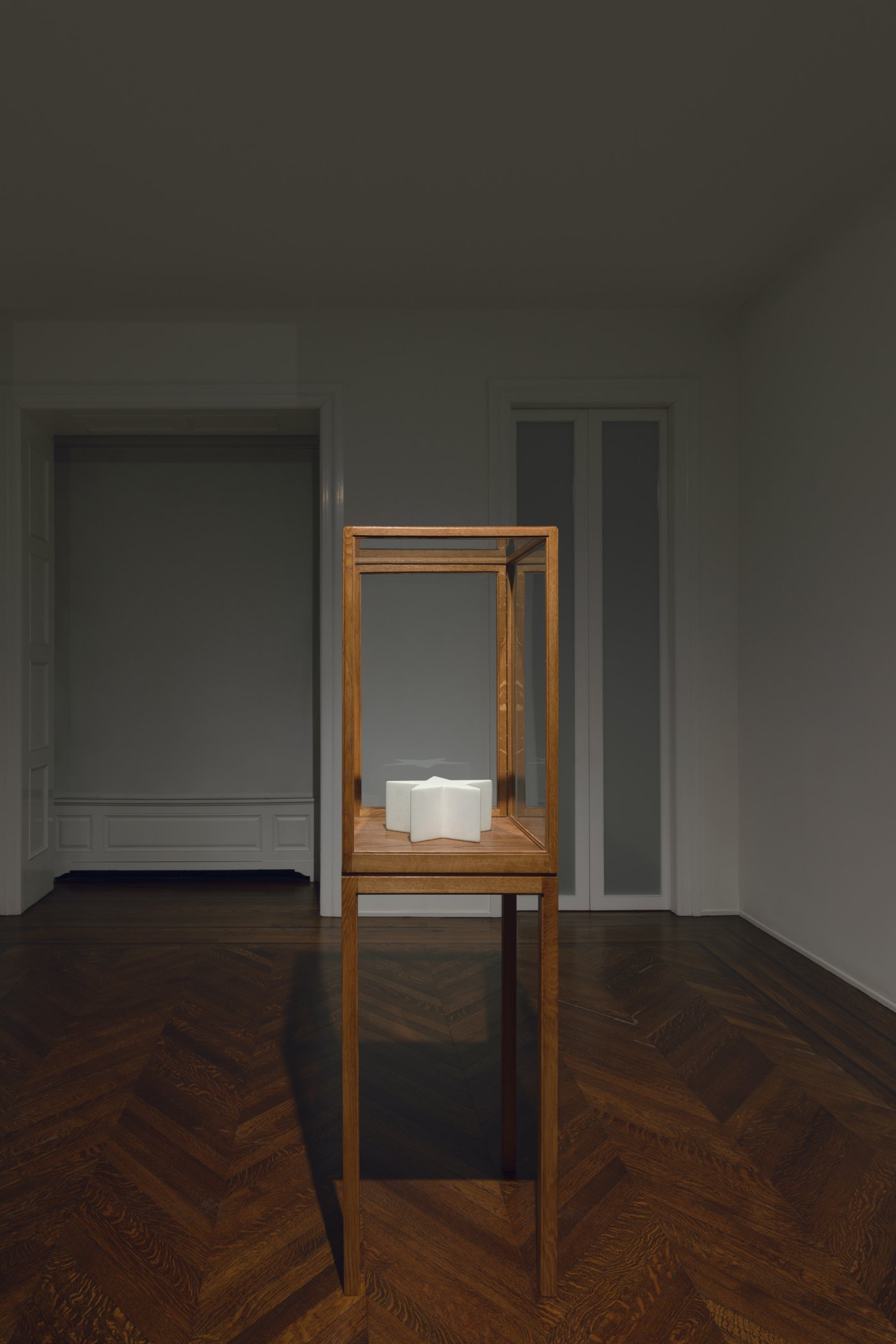 Eros, inscribed in gold on one black star and hidden beneath the artist’s stylized writing, is the genesis of Byars’s The Milky Way. In Greek mythology and philosophy, Eros has many guises. In the earliest sources, Eros is considered a primordial diety, a creator of the cosmos. While we commonly think of Eros as the Greek god of love and procreation, Byars adheres to a Platonic understanding of Eros. For Plato and for Byars, Eros is a universal force to be harnessed and lead by, towards purity, beauty, truth and perfection.

While many artists use form to bring forward an idea, Byars does the opposite, taking an idea and giving it form. The Milky Way, created while the artist was visiting Japan, is an embodiment of Byars’s lifelong quest to present beauty and perfection. The Milky Way serves as a framework for the viewer’s imagination; the idea of a more perfect cosmos.

This exhibition coincides with the artist’s first museum retrospective in China, opening 19 March at the Red Brick Art Museum in Beijing.