James Lee Byars: The Milky Way and The Star Man

James Lee Byars: The Milky Way and The Star Man

Michael Werner Gallery, London presents James Lee Byars: The Milky Way and The Star Man. The exhibition features two of Byars’s most ambitious works: The Milky Way, a 2-dimensional work composed of 100 black paper stars, and The Star Man, a 3-dimensional work comprising of 100 white Thassos marble stars. This exhibition marks only the second time each work has been on view and the first time these important works have been shown together. 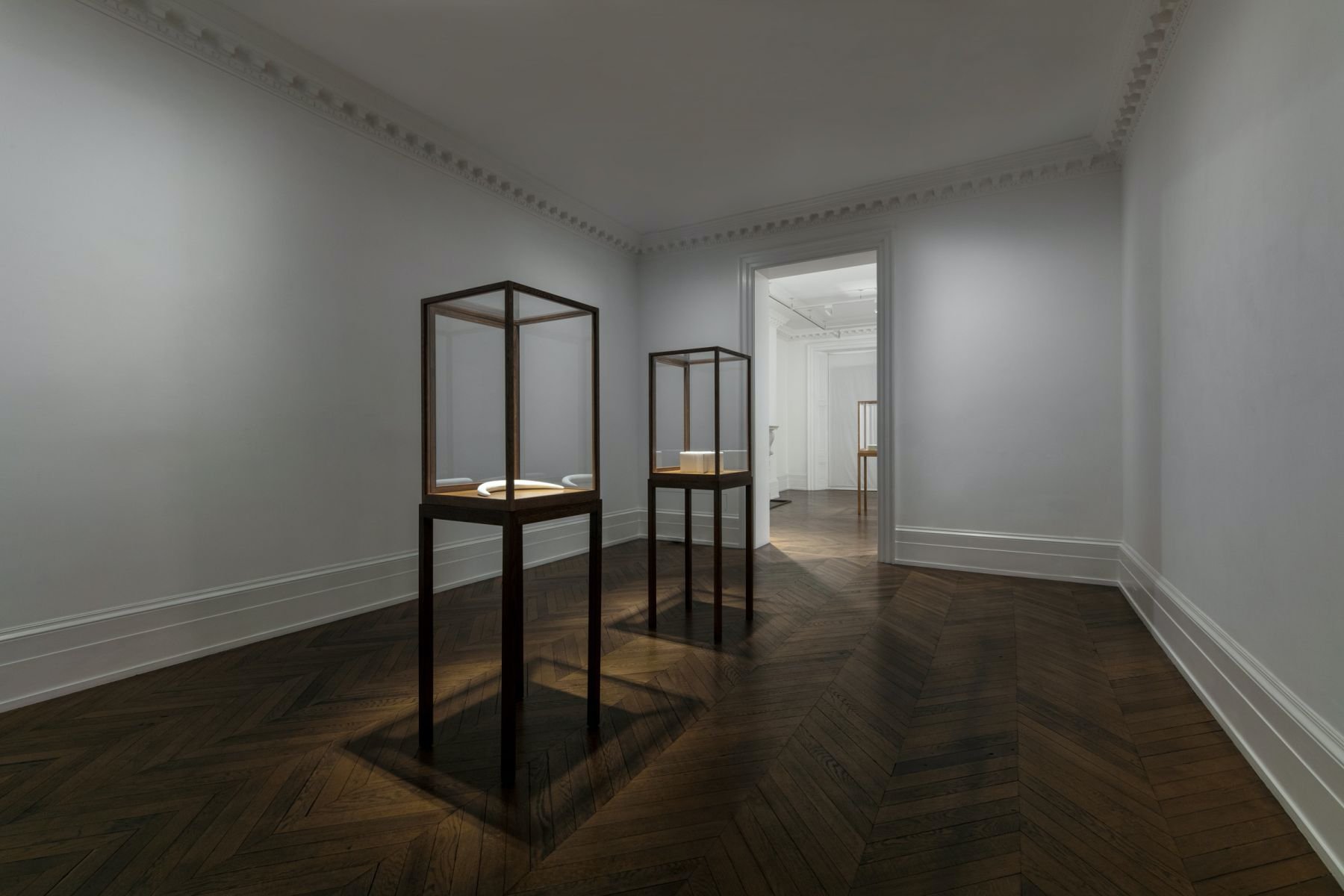 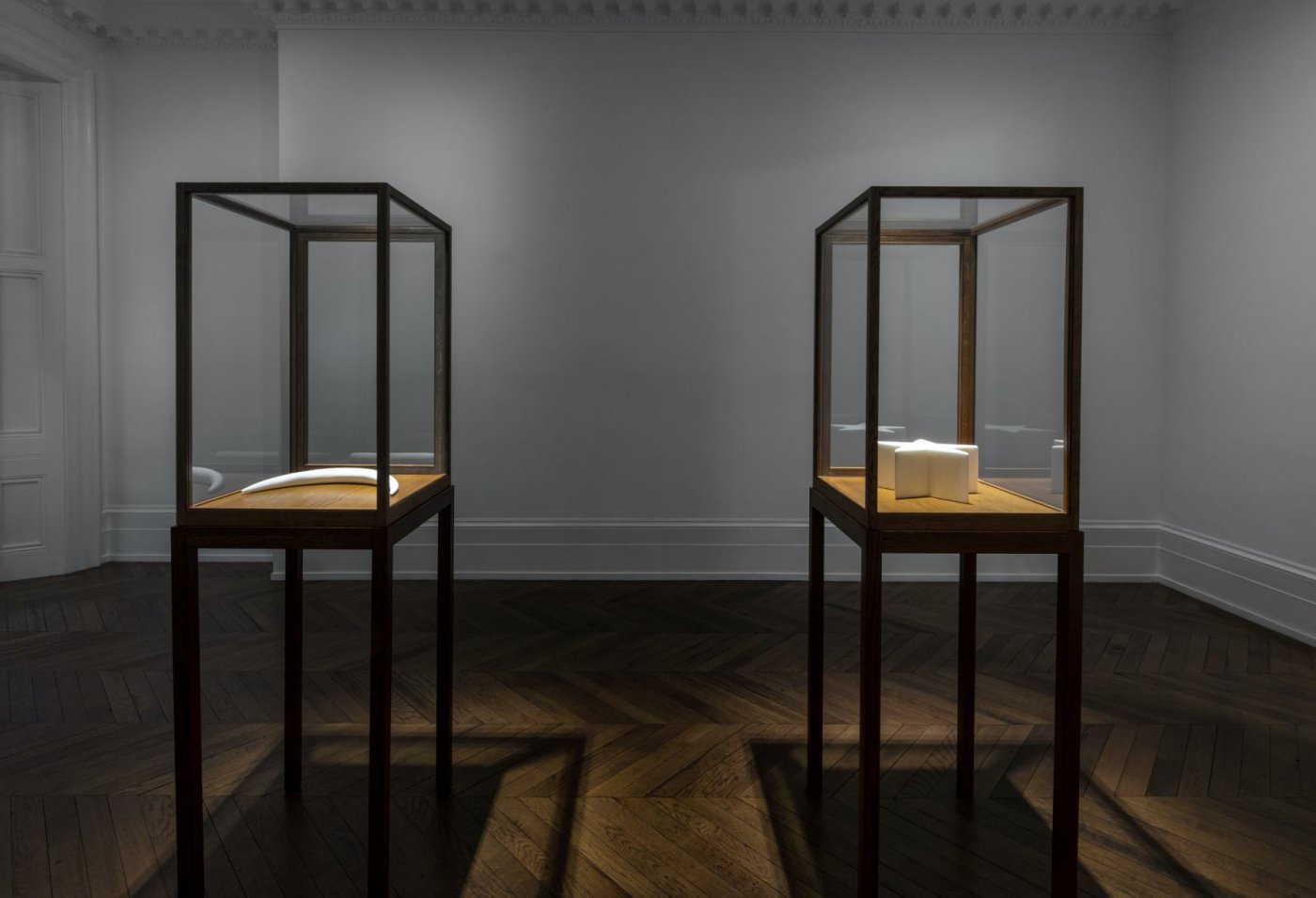 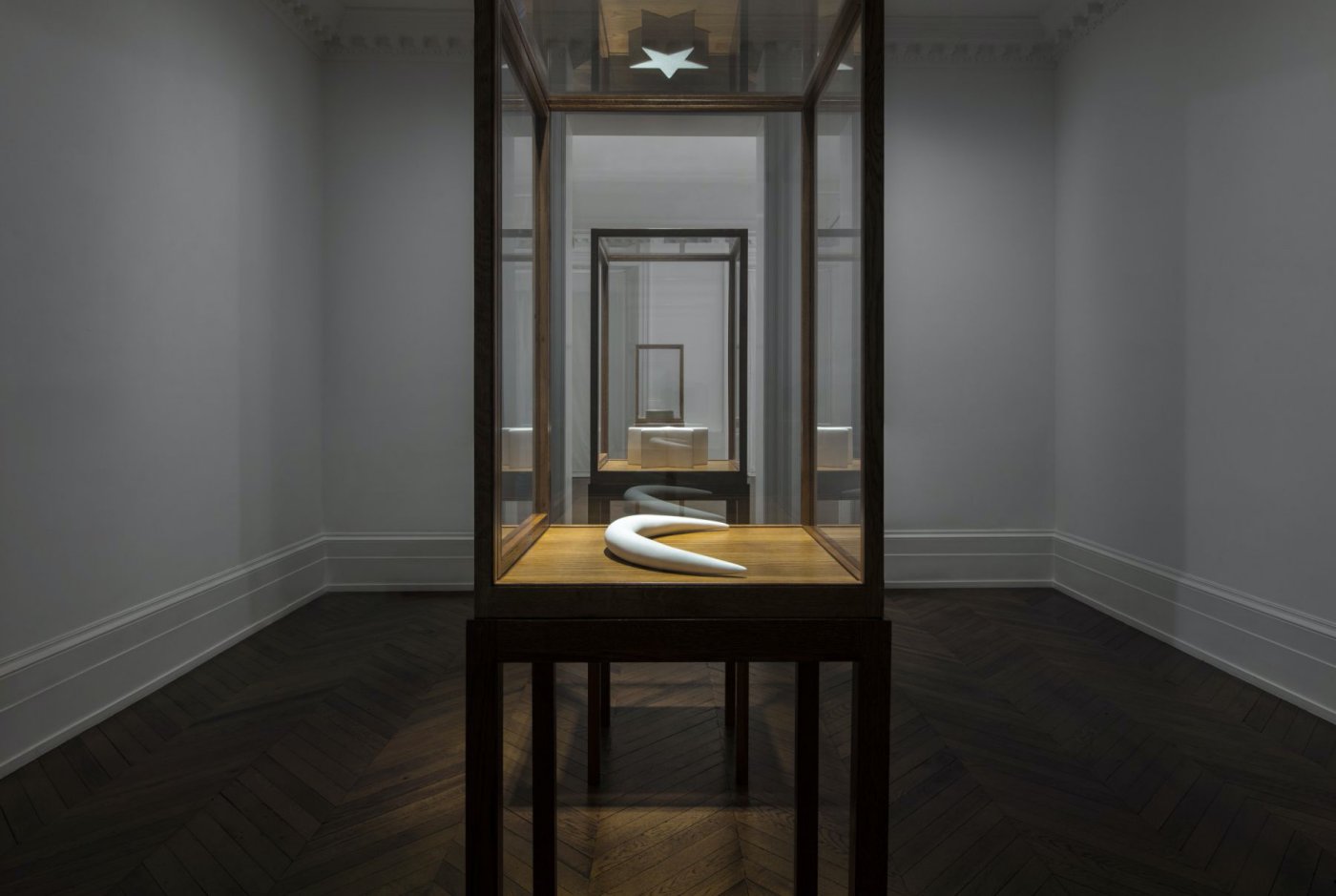 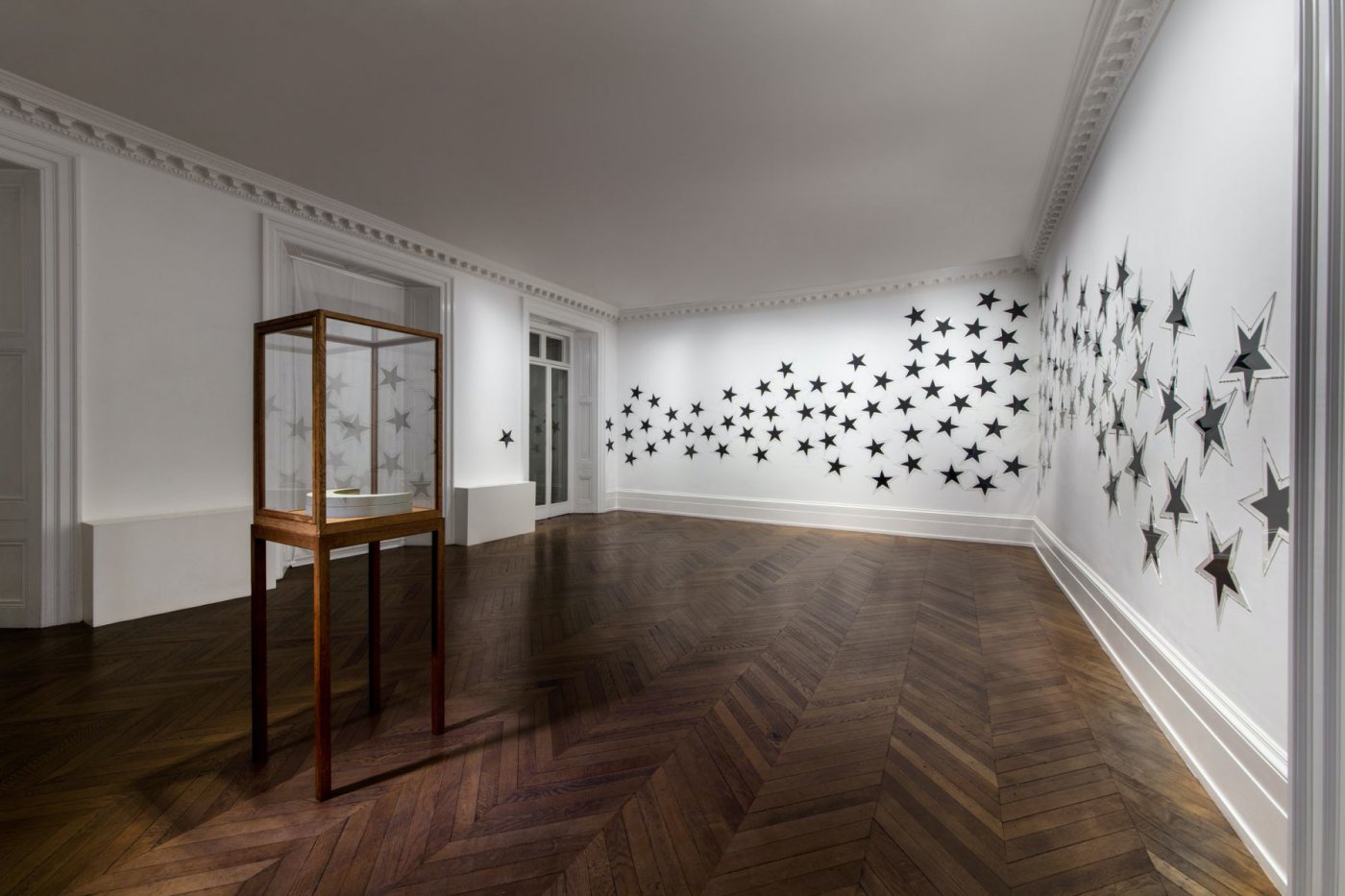 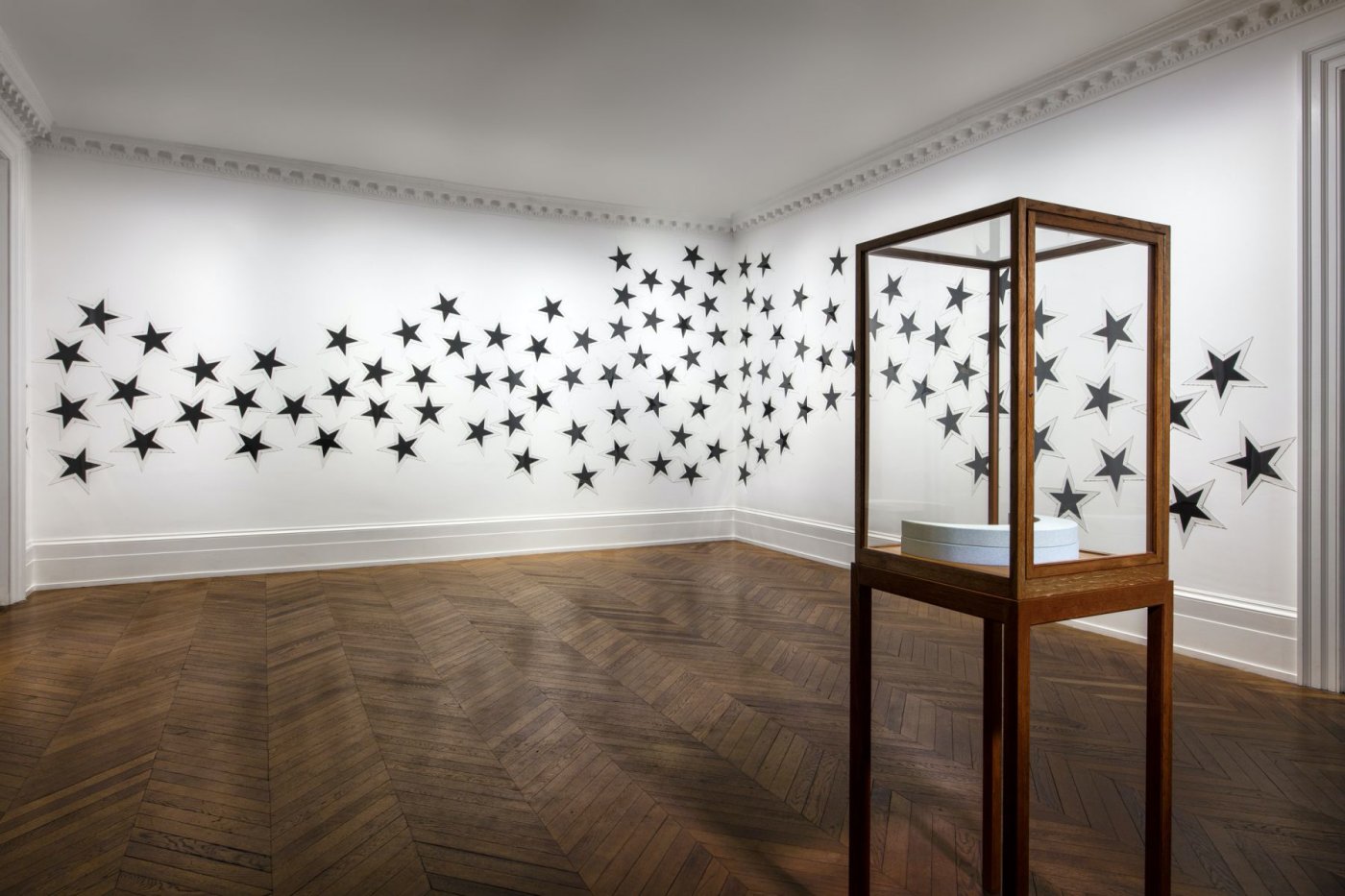 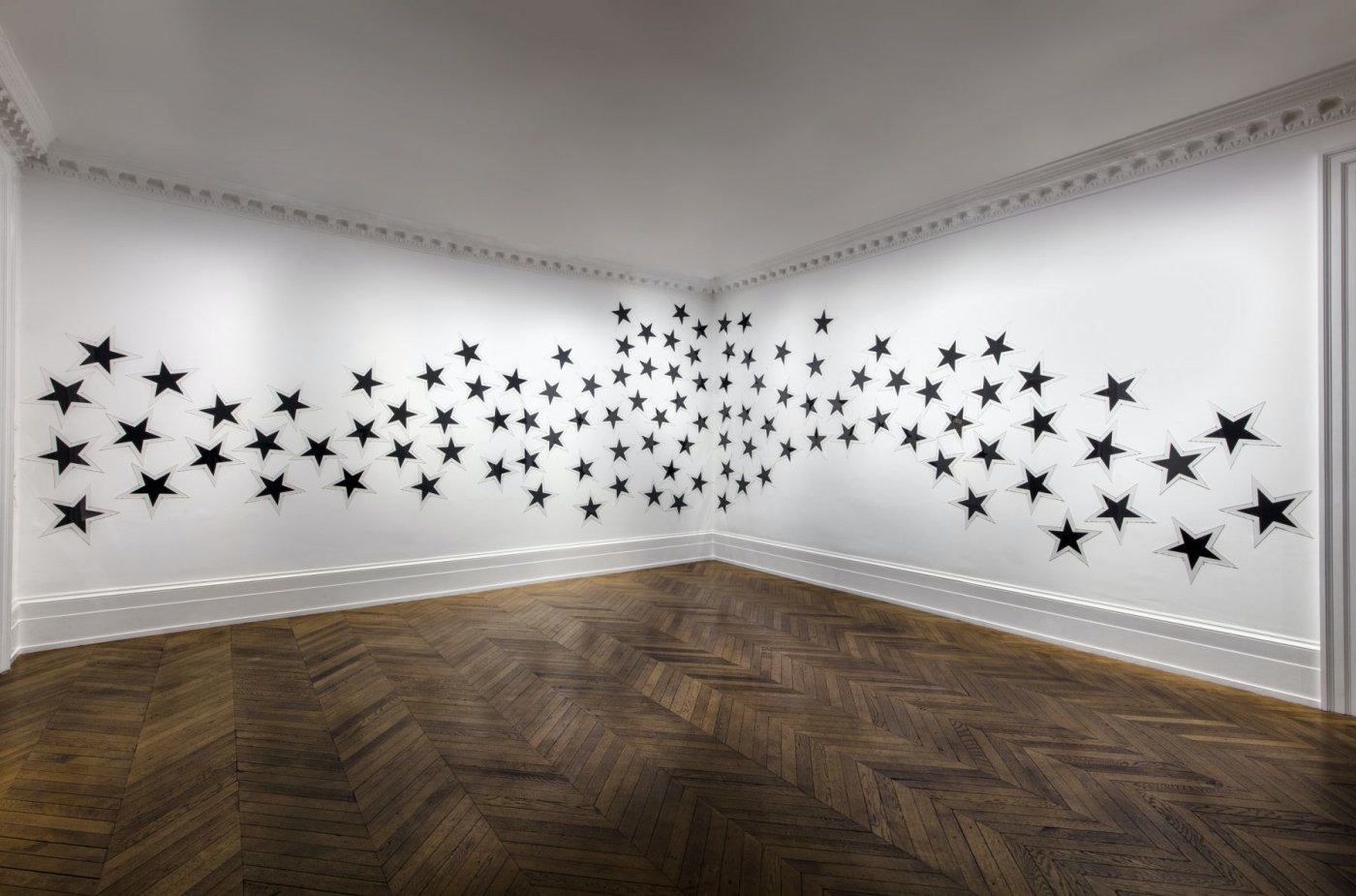 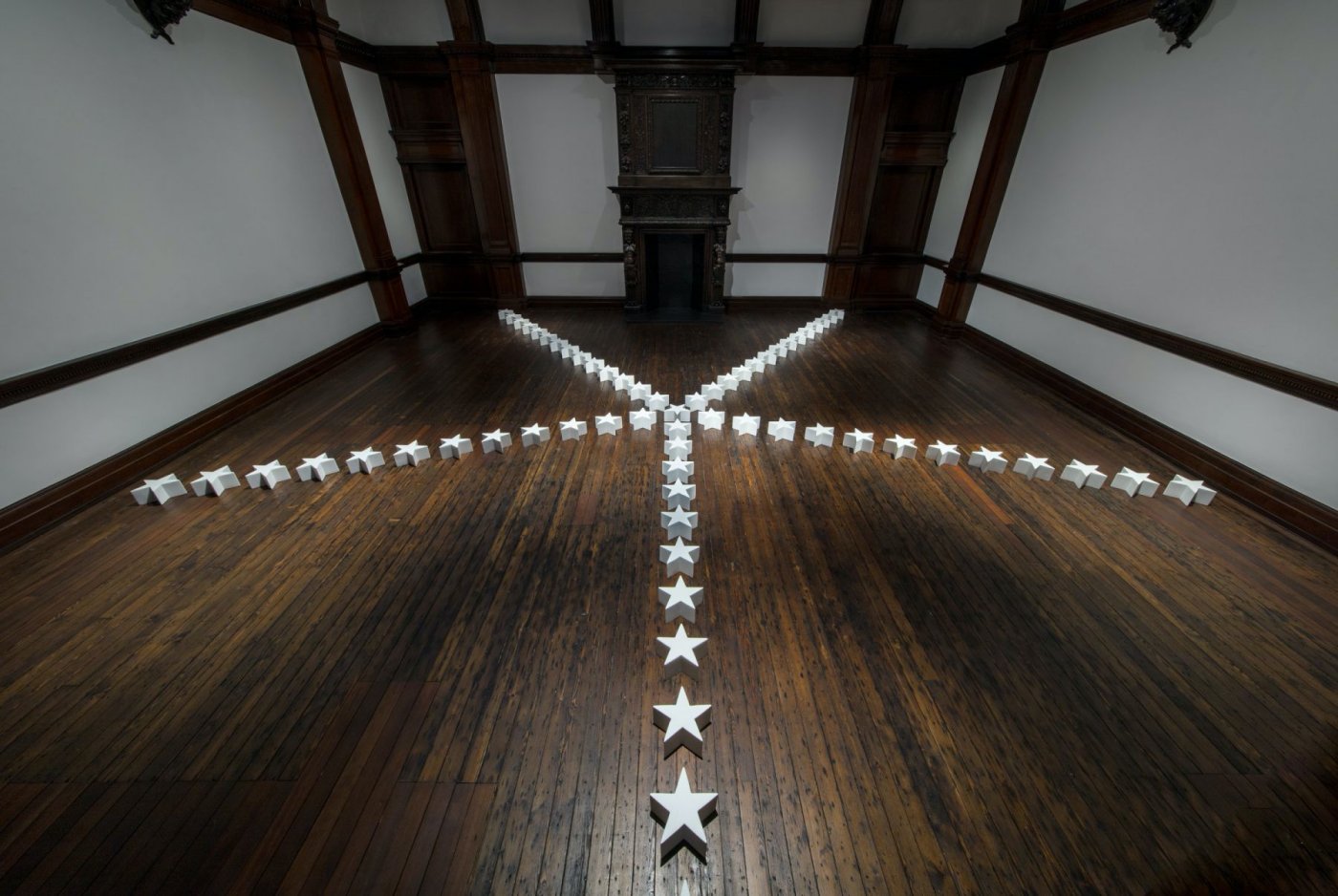 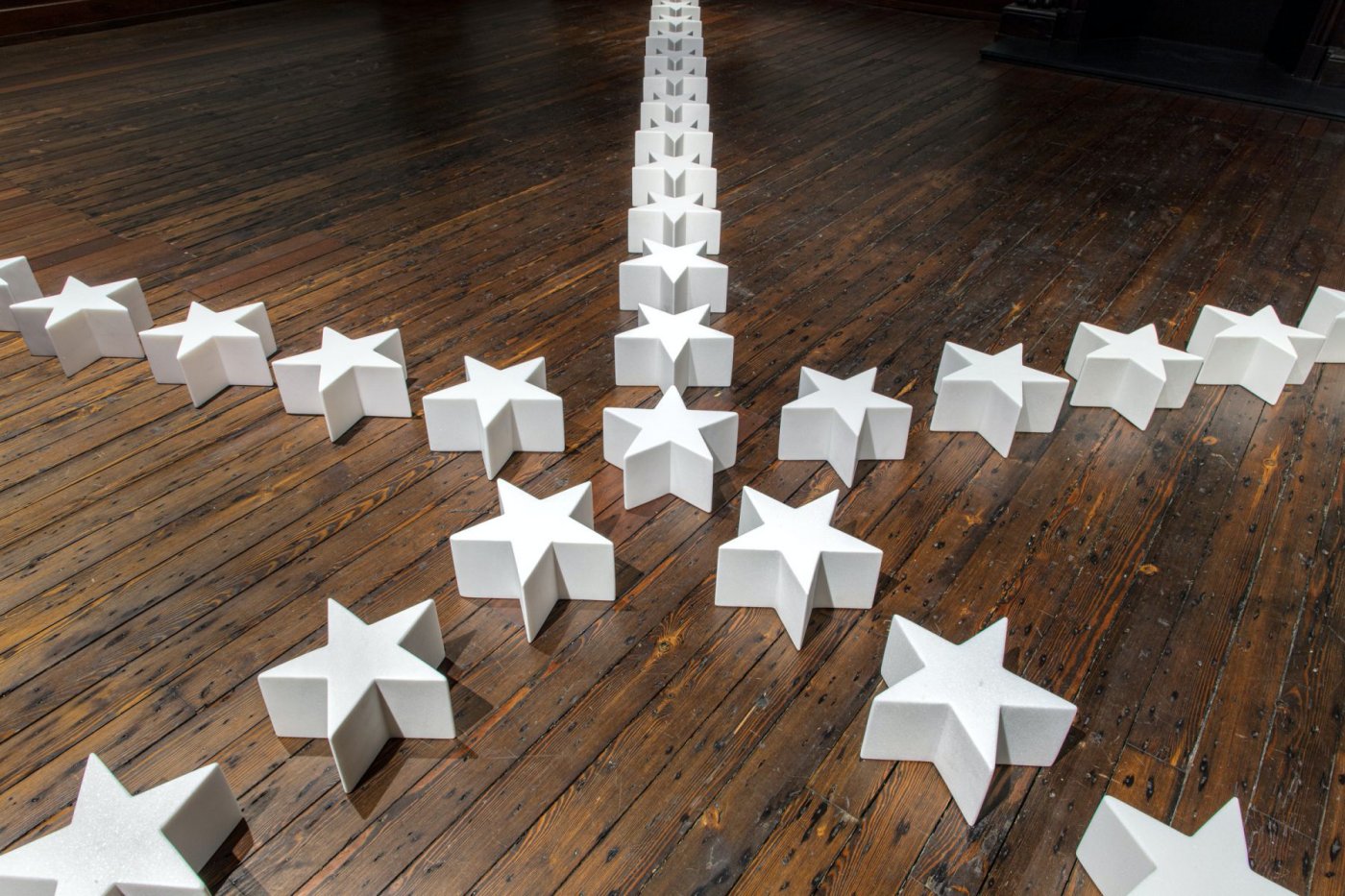 Eros, inscribed in gold on one black star and hidden beneath the artist’s stylized writing, is the genesis of Byars’s The Milky Way. In Greek mythology and philosophy, Eros has many guises. In the earliest sources, Eros is considered a primordial deity, a creator of the cosmos. While we commonly think of Eros as the Greek god of love and procreation, Byars adheres to a Platonic understanding of Eros. For Plato and for Byars, Eros is a universal force to be harnessed and lead towards purity, beauty, truth and perfection.

Towards the end of his life, Byars explores the concept of Five Points Make a Man, based on Leonardo da Vinci’s The Vitruvian Man, a drawing that outlines the perfect proportions of the human body. For Five Points Make a Man, Byars reduces the human figure to five points: one for the head, two for the arms, and two for the legs. This concept is explored through performance, drawing and sculpture, where it can take the shape of a star. With 100 stars splayed out in five points, The Star Man marks man’s presence in the cosmos.

While many artists use form to bring forward an idea, Byars does the opposite, taking an idea and giving it form. The Milky Way, created while the artist was visiting Japan, and The Star Man, first on view as part of the artist’s exhibition Sun Moon and Stars at Württembergischer Kunstverein in Stuttgart, are embodiments of Byars’s lifelong quest to present beauty and perfection. Both The Milky Way and The Star Man serve as a framework for the viewer’s imagination; the idea of a more perfect cosmos.

This exhibition follows the artist’s first museum retrospective in Asia, at the Red Brick Art Museum in Beijing, closing on May 9.