Jane Lombard presents The World Never Ends, James Clar’s second solo exhibition at the gallery. Reality as a physical construct is the subject of investigation in an immersive multimedia installation that embraces and opens wide the blurred boundaries of the tangible and the metaphysical. 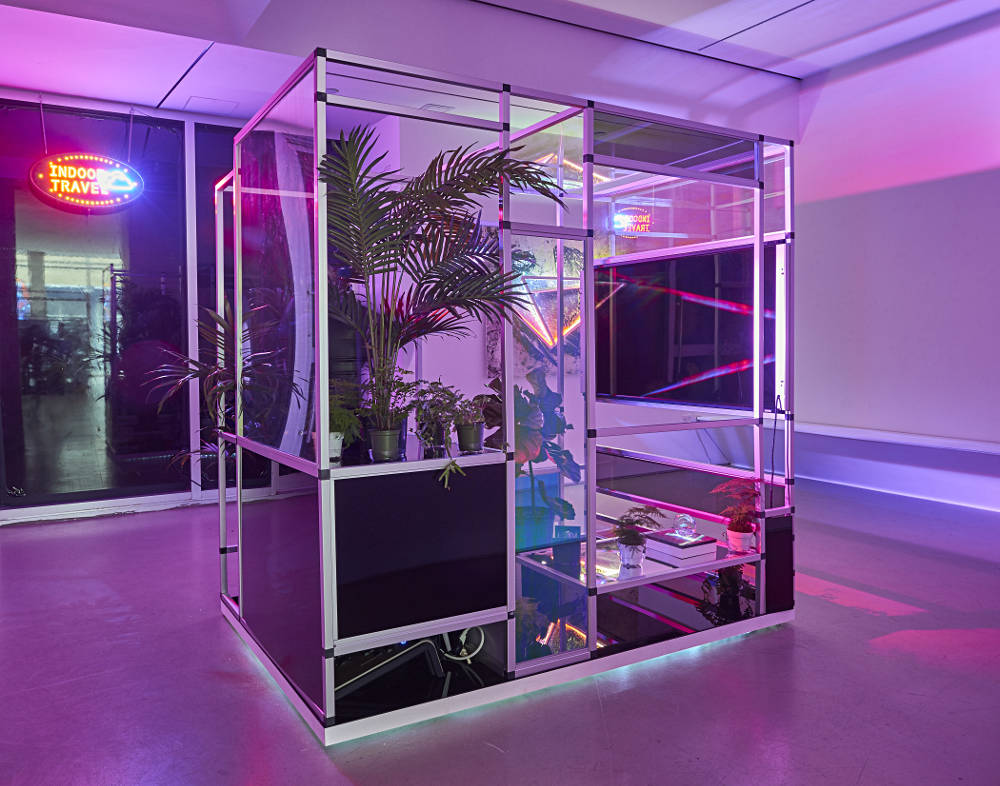 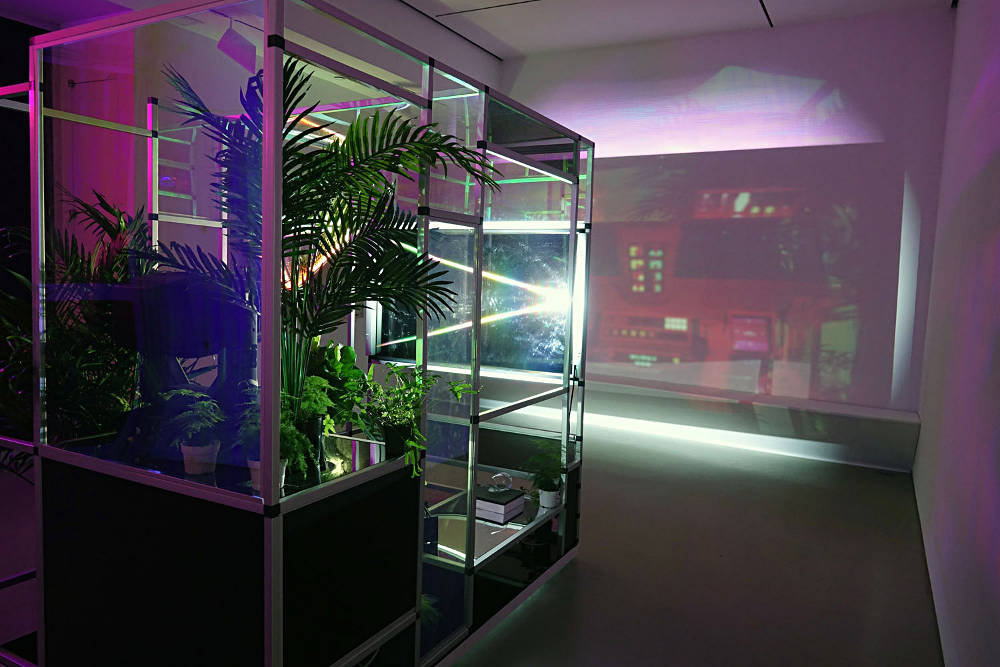 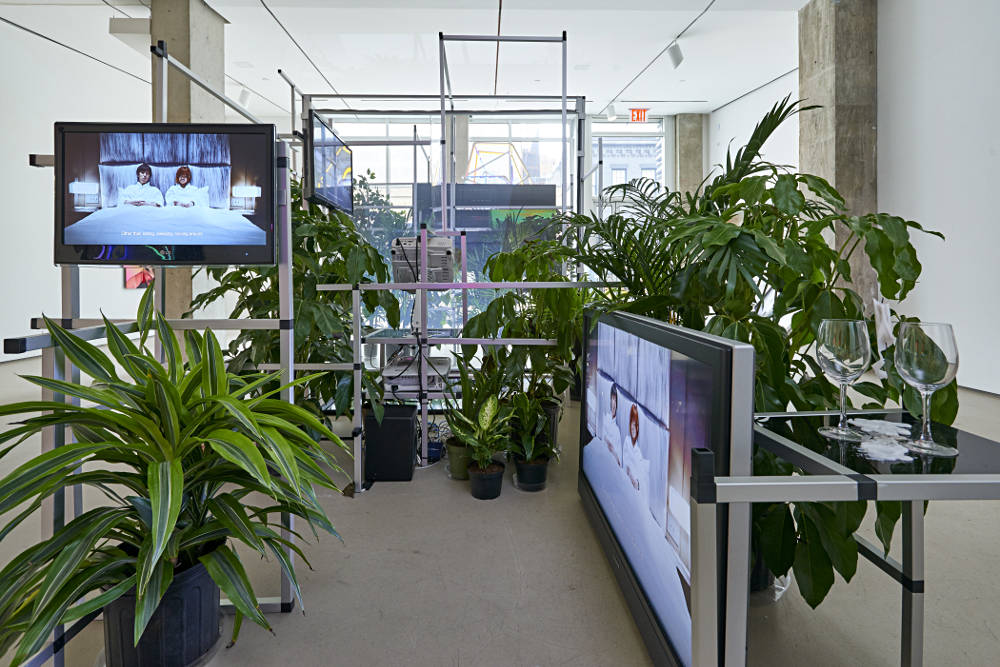 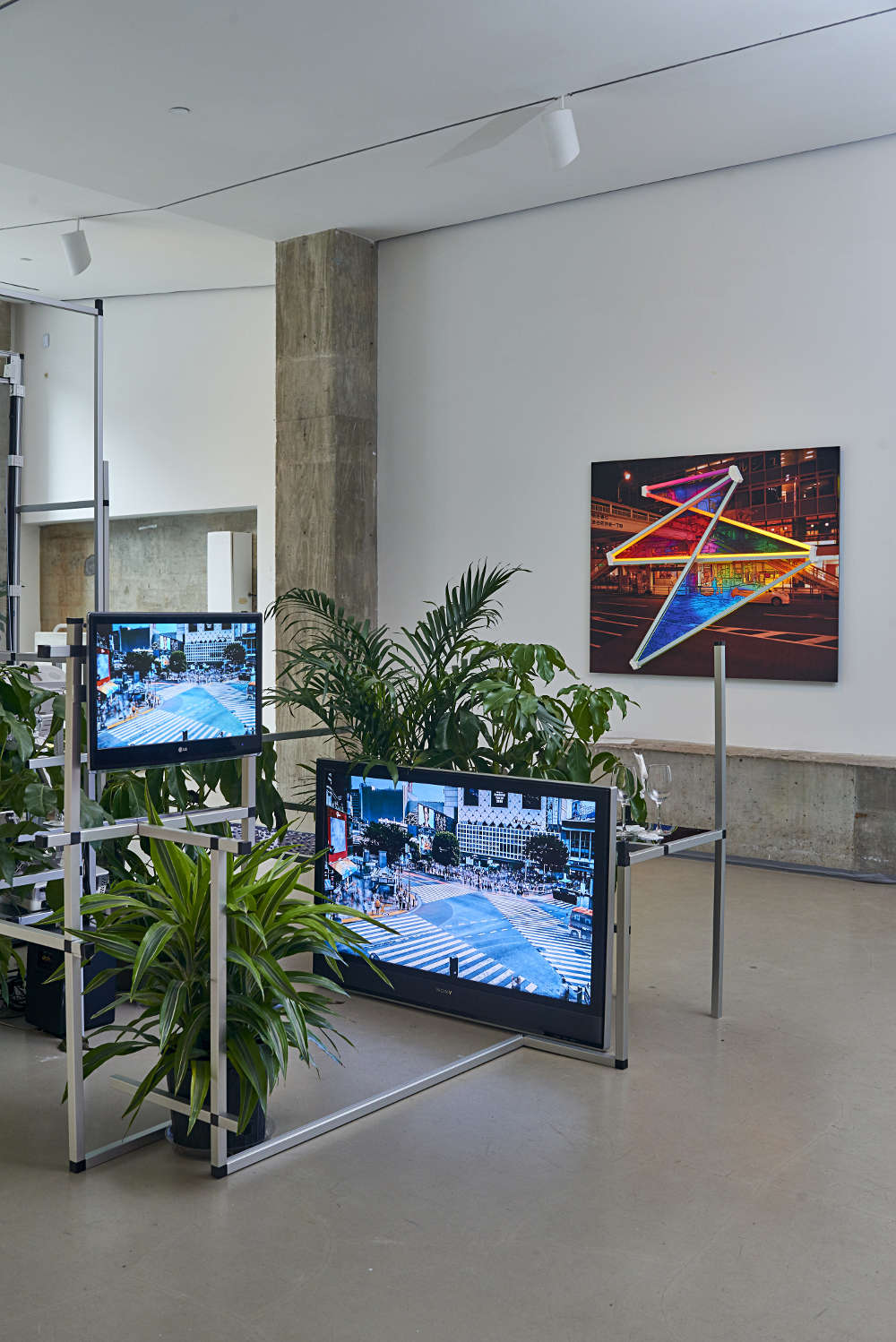 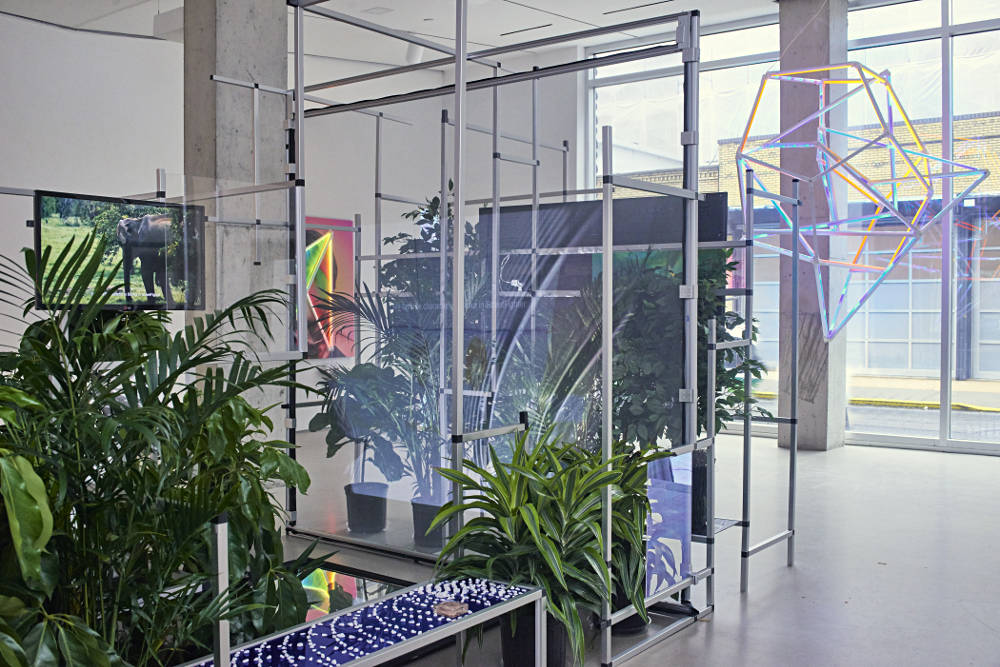 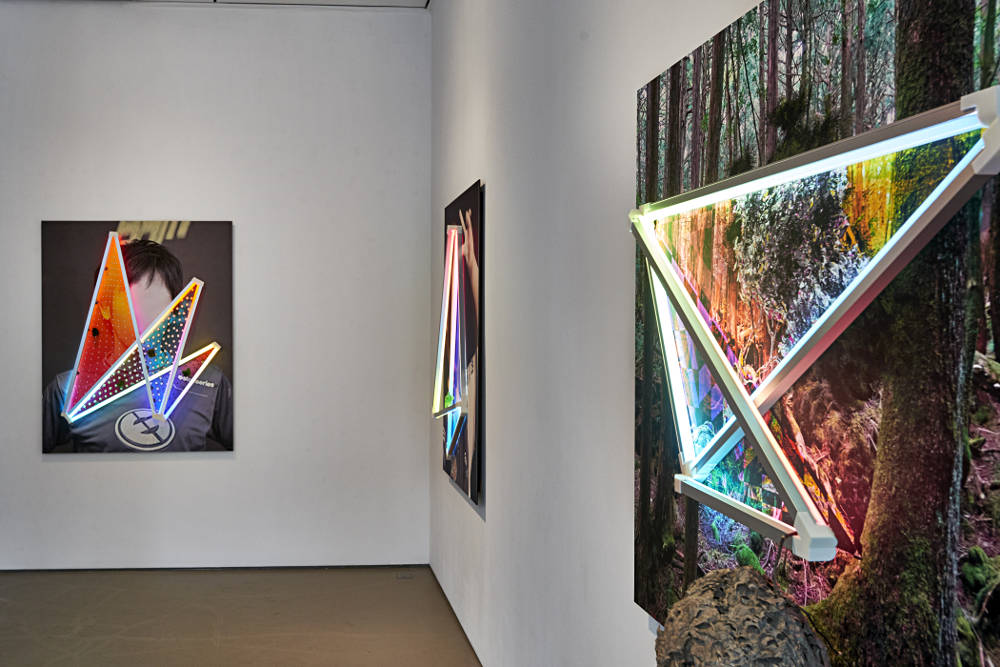 It explores the notions of reality, virtual-reality, and ponders if in our technologically intertwined world, a new form of reality is taking shape

The central installation in the exhibition is a multi-channel video projection entitled Tibetan Book of the Dead (Chapters 1, 2, 3) [2018]. In this environment the videos are bounced off a pool of water surrounded by a small forest. The water ripples, thus causing distortions in the projection, mixing the videos together like a visual dreamscape, or a dream of the forest. The title of the installation comes from the book of the same name describing experiences the consciousness has after death, and the period between the next rebirth.

One of the videos was shot in 2017 at the fabled Aokigahara, aka Sea of Trees or Suicide Forest, in Japan near Mount Fuji. For centuries, it has been a place where people have chosen to leave society and end their lives. They come there, sometimes for weeks beforehand to meditate and contemplate a post-physical existence. To Clar, this place represents a realm between the real (physical) and the spiritual (metaphysical). The video is an eerie series of shots featuring a figure walking through the forest. Edited frame by frame using Photoshop’s Content Aware software, it is difficult to discern where the corporeal being exists separate from the lushness of the forest. The limitations of the software does not create a flawless edit and the result is an odd effect of a roaming specter or a ghost. The artist considers this a reference to Robert Rauschenberg’s Erased DeKooning Drawing (1953), as well as to modernity’s ‘ghosting’ as we transfer more and more of ourselves online.

The second video in the installation investigates the intersection of documentary and narrative structure. In a series of poignant and personal interviews with some of Japan’s premier professional video game players, Clar created deliberate environments in which these interviews take place. The players were told to imagine themselves living in a future with e-sports being a long established industry. In these storylines, they have traveled to another city and are relaxing after a big match. They talk earnestly to the interviewer about the mental challenges of gaming, practicing from 2 pm to 6 am daily, what reality means to them, and how the videogames filter into their subconscious at night. They speak as themselves, while at the same time existing in a fictional narrative environment.

James Clar is an American artist of Filipino descent (b. 1979, Wisconsin, USA). He studied Film and Animation at New York University and approaches his work through the lens of a storyteller. He rarely creates linear films. Instead, his body of work has focused on visual systems or structures that encompass an idea or concept. He gravitates towards lights, LEDs, and technology systems because film itself is a light system. He seeks in each work to create a unique system whose structure reflects back on the concept.

Courtesy of the artist and Jane Lombard Gallery, New York