Jacqueline Poncelet: Now and Then

Jacqueline Poncelet: Now and Then

The New Art Centre presents a new survey exhibition of work by the British artist Jacqueline Poncelet (b. 1947). The exhibition traces the last 35 years of Poncelet’s practice, which have seen her making both intensely private objects and open, large-scale work. 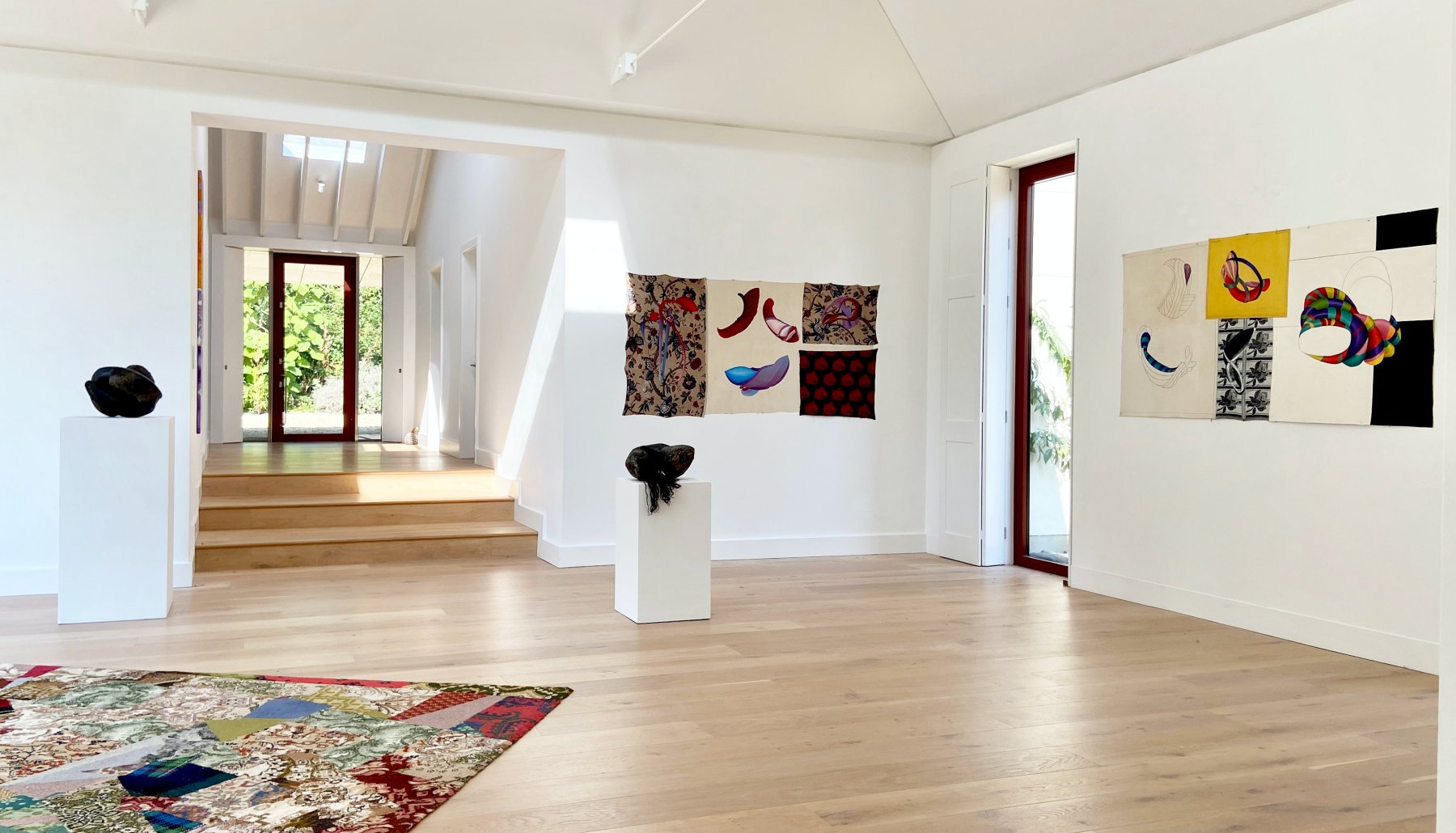 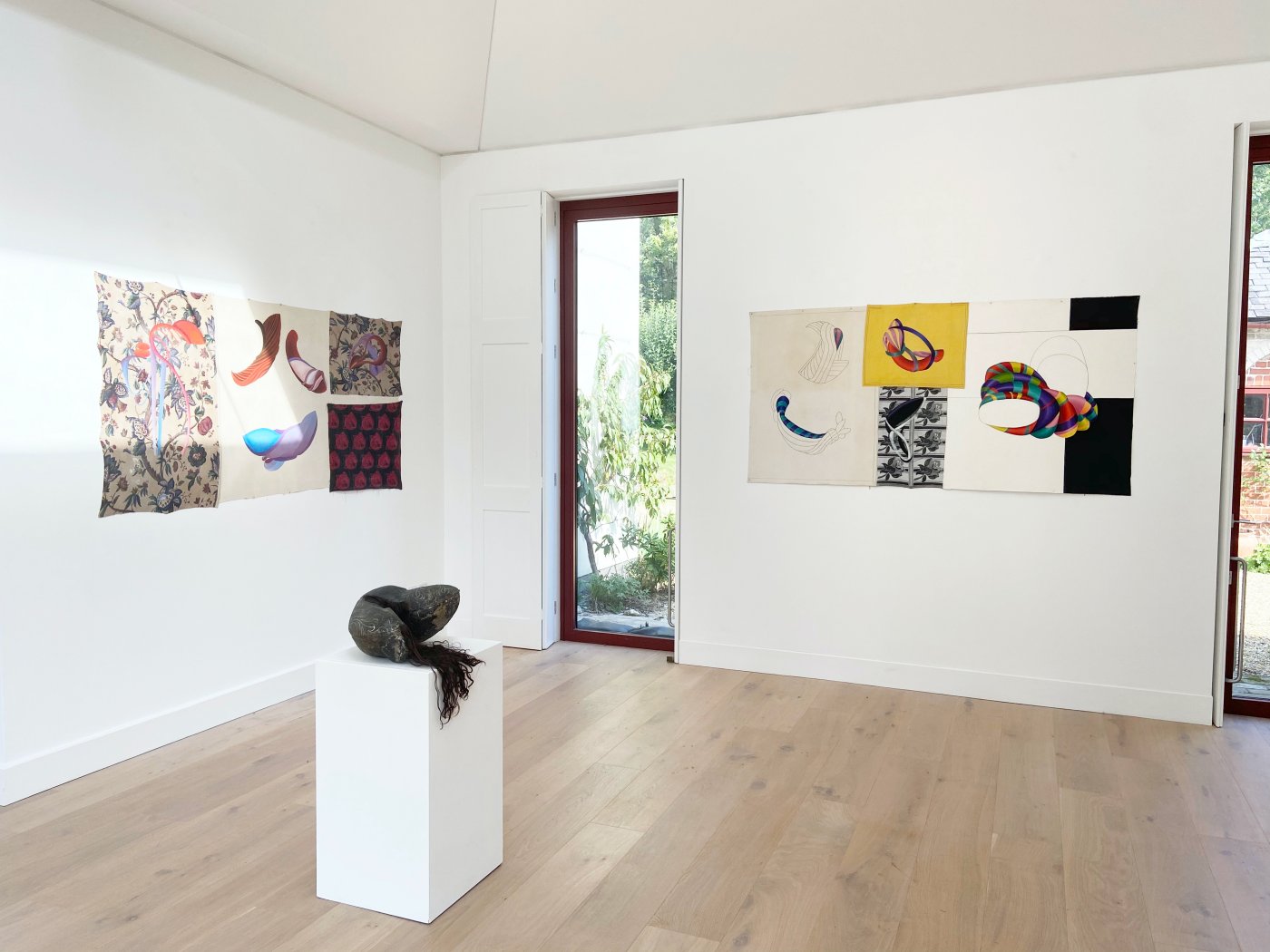 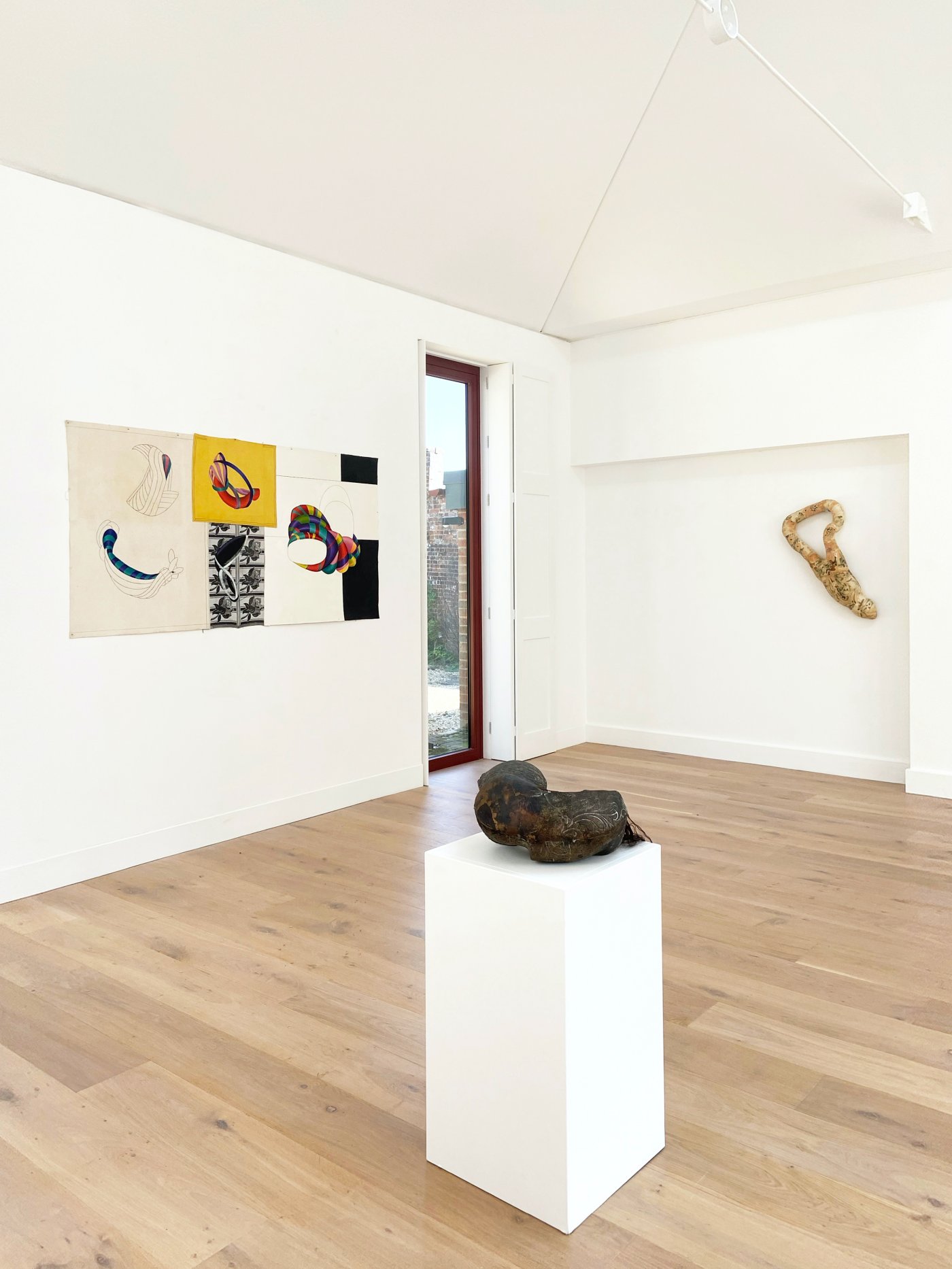 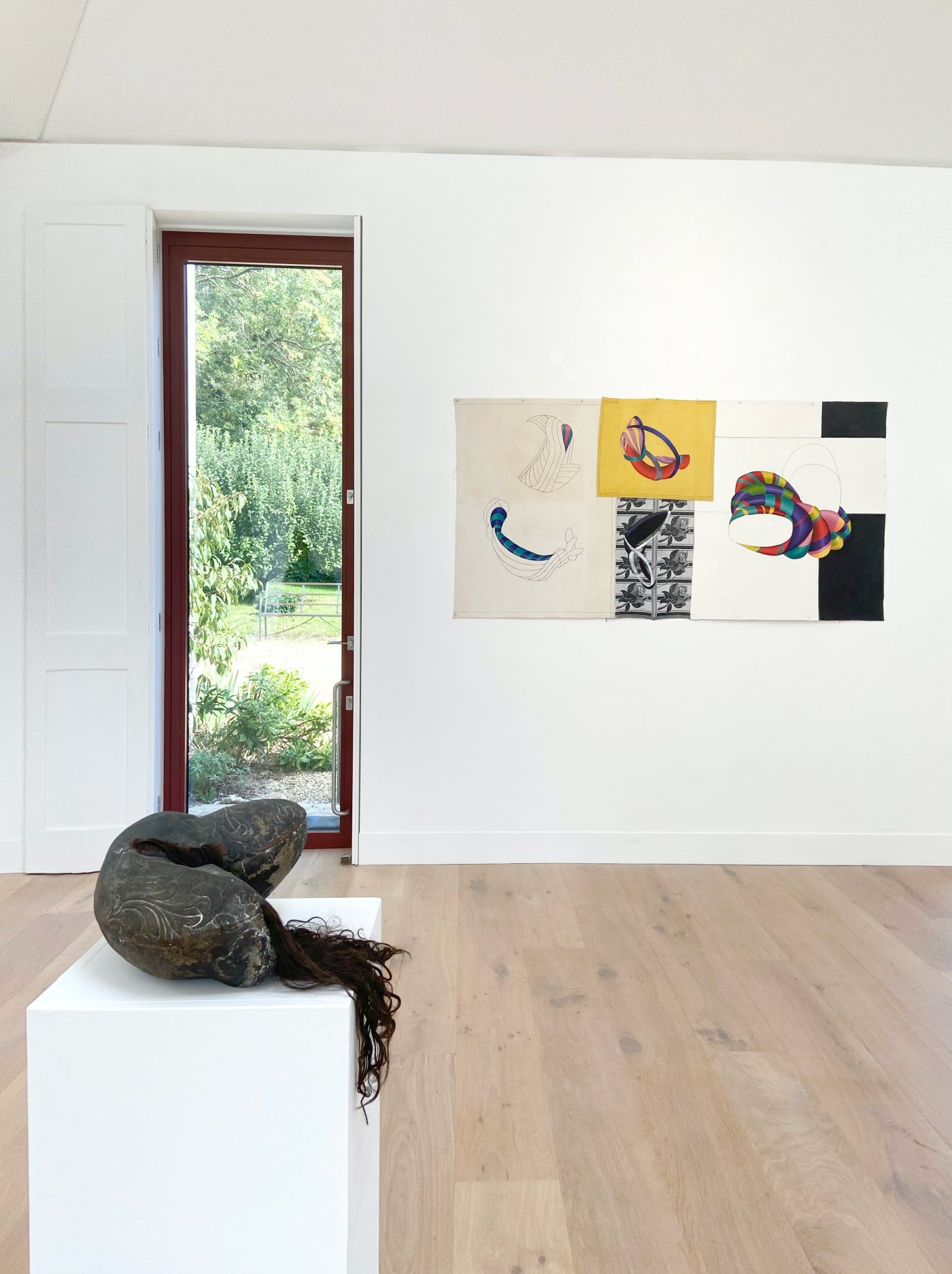 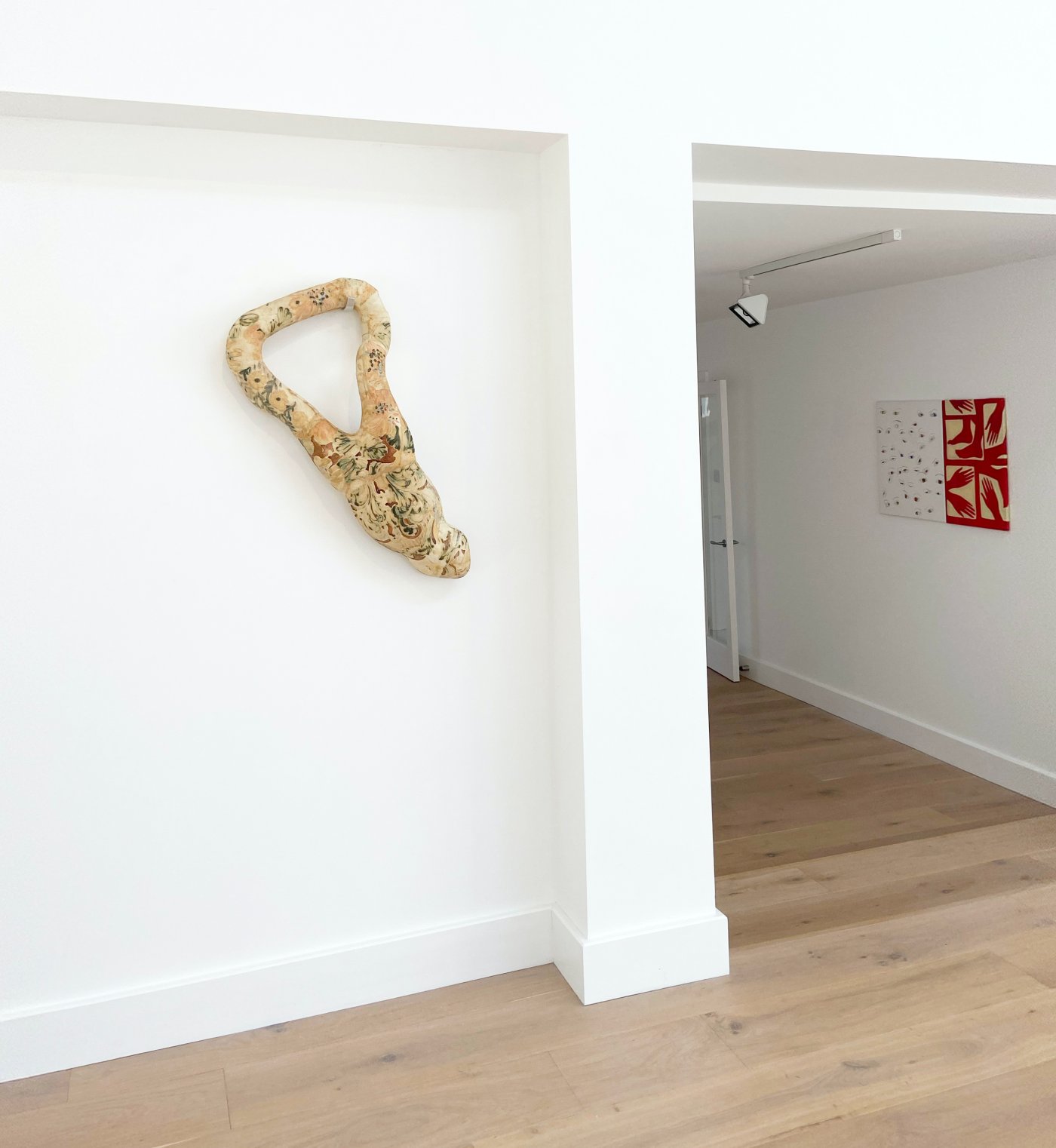 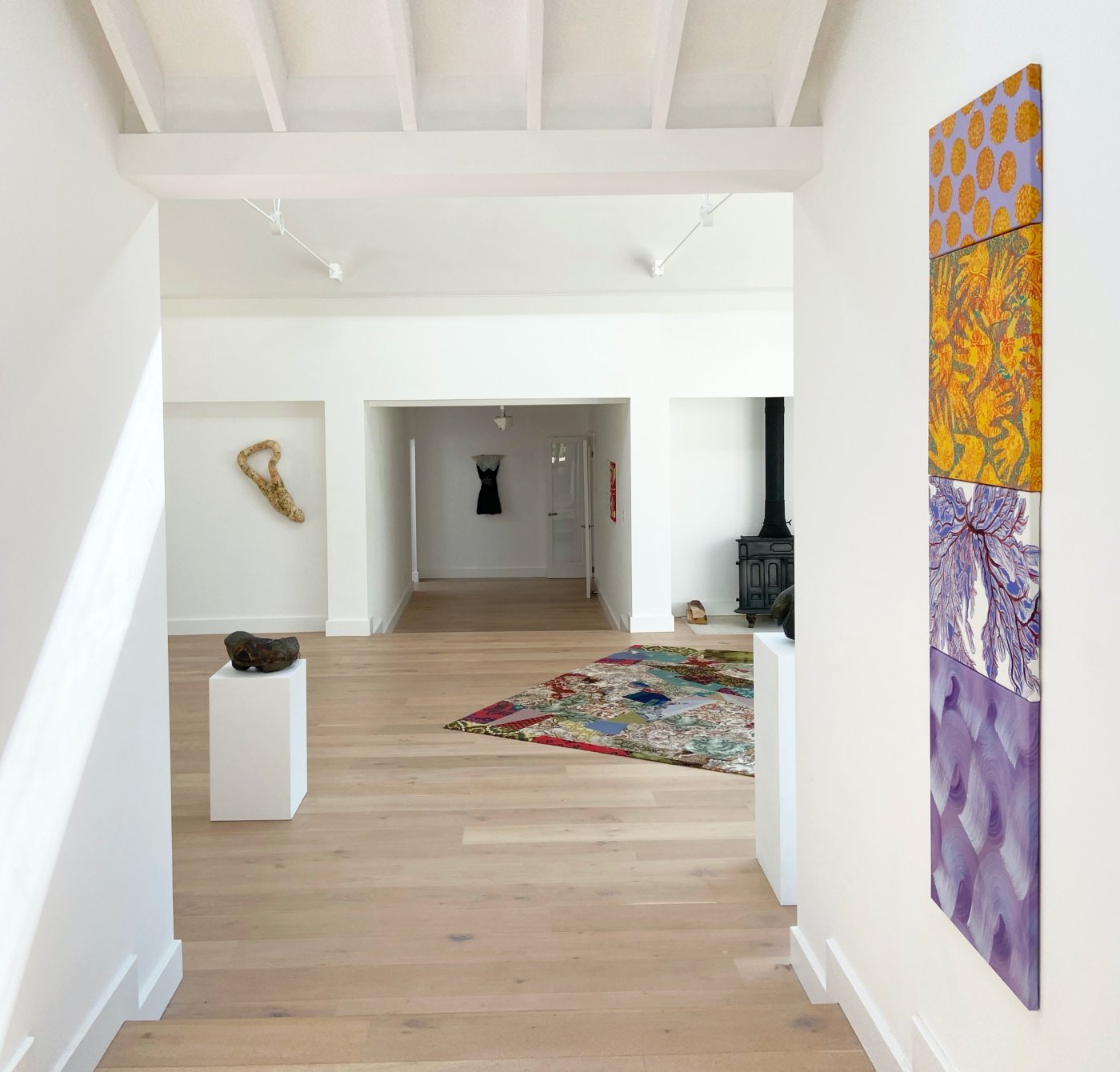 Jacqueline Poncelet: Now and Then highlights a crucial moment in Poncelet’s artistic trajectory—in the mid- 1980s, acutely aware of falling into ease of habit with any material or process, Poncelet moved away from ceramics and began to work with wood, bronze, hair, and textiles of various types, creating work that was increasingly composite in nature.

Moving between media and processes whilst referencing the structures and accoutrements of cultural and social norms, Poncelet’s work describes a lifelong internal discourse. The habit of post-modernism’s ‘anytime, anyplace, any culture’ is second nature to Poncelet, who uses her work to reappraise hierarchies assigned to objects, and by extension, societal attitudes and expectations.

Poncelet explores the possibilities of pattern and repetition in sculpture, weave, watercolour, wallpaper, carpet and painting, using these as methods to complicate and conceal, express and obscure meaning, and to change the way we read form or space. Through her use of pattern, meaning is subverted, emotion is sublimated, narrative becomes nuanced: the complicated and the composite take over.

The exhibition at New Art Centre showcases early painted abstract vessels and biomorphic forms alongside latterly produced sculpture, painted or embossed with decorative patterning. Developing each particular form of expression step by step, Poncelet often facilitates two kinds of making simultaneously and in dialogue. ‘Composite’ or ‘unstretched’, her paintings evade the conventions of the medium, marked with glyphs that play games with language and meaning. This is mirrored in the elaborate inlay patterns of Poncelet’s carpets. The detail of these motifs appear to suggest fraught emotional scenarios that take on a different role in repeat, and come to dominate on a larger scale, in wallpaper and dress fabric.

Watercolours and weaving, as well as ‘small objects’, constitute Poncelet’s most recent work. Her watercolours, made over the last decade in London and Wales, are serial observations of the intricate moods and temperatures of the nature of the city, and nature in the countryside. The weavings, begun in Wales, are inspired by a love of Welsh narrow loom blankets, and have come to fruition during these recent weeks of isolation – bringing together colour in layers and detail that are, the artist says, “as complicated as the countryside”.

Jacqueline Poncelet: Now and Then is curated by Sarah Griffin, and is the most recent in a series of exhibitions for the New Art Centre initiated in 2010 about material and making.

In addition to this solo exhibition, Jacqueline Poncelet has specially curated a small exhibition to run alongside hers in the Design House. the other side of the coin will include new and existing work by Phyllida Barlow, Laura Ford, Carol McNicholl, Lisa Milroy and Alison Wilding. These works, by Poncelet’s peers and friends, are brought together to create a display which dives even deeper into Poncelet’s interior world.