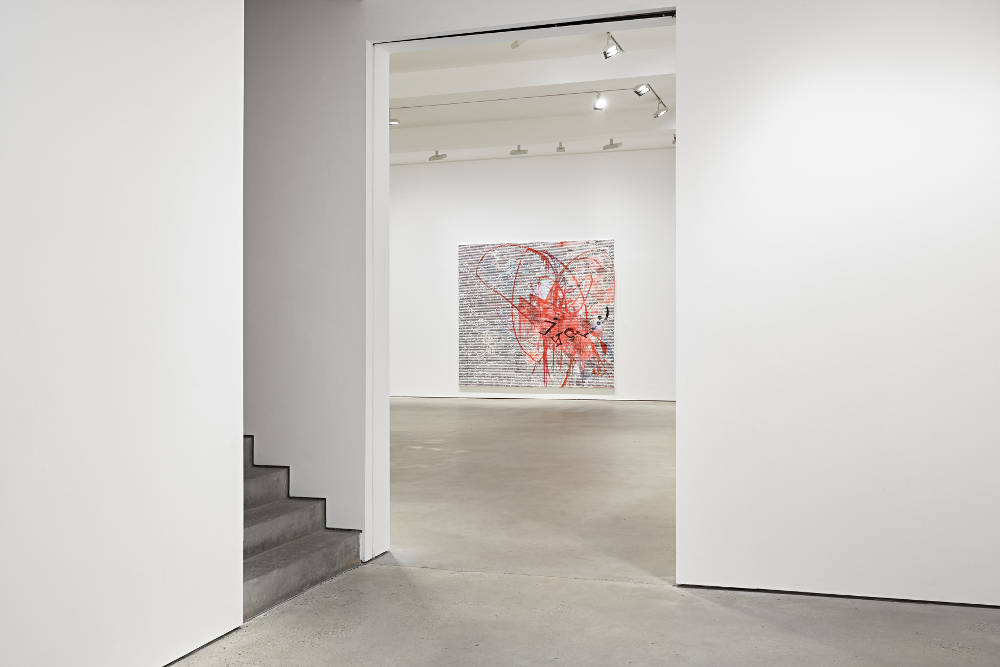 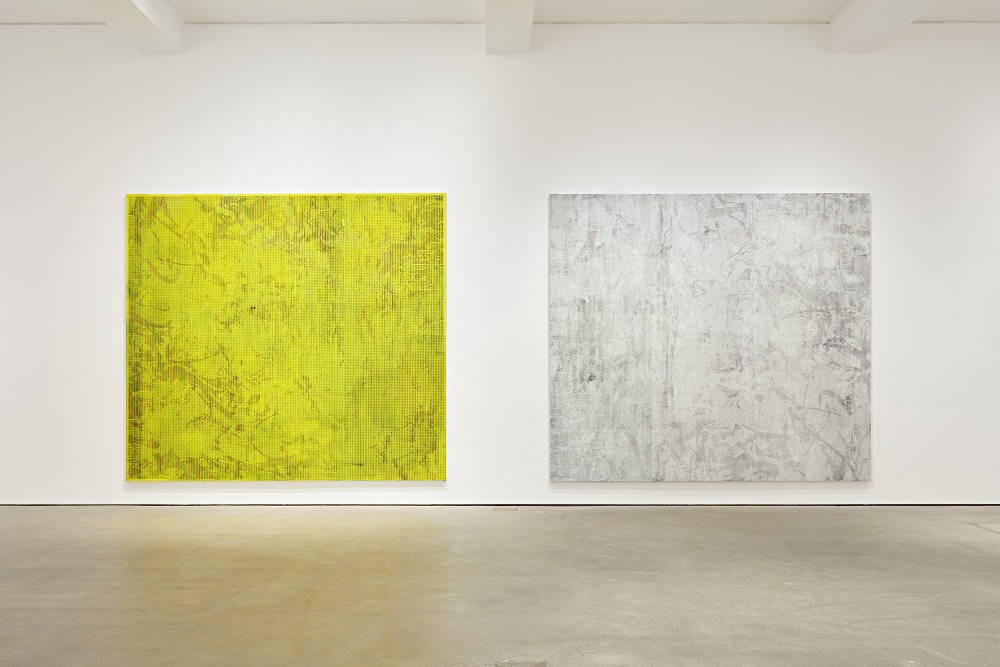 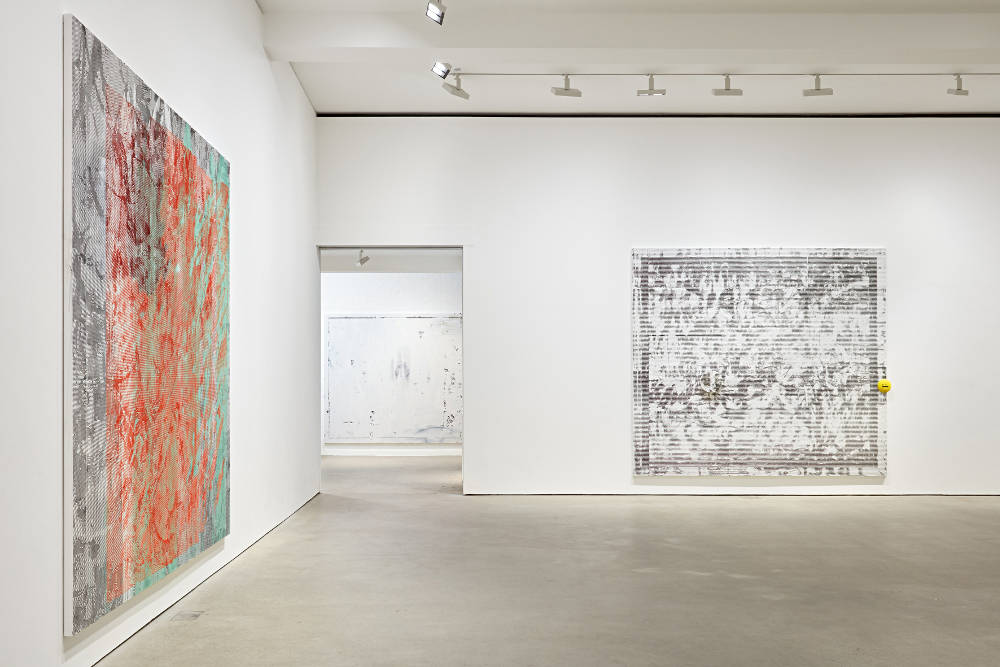 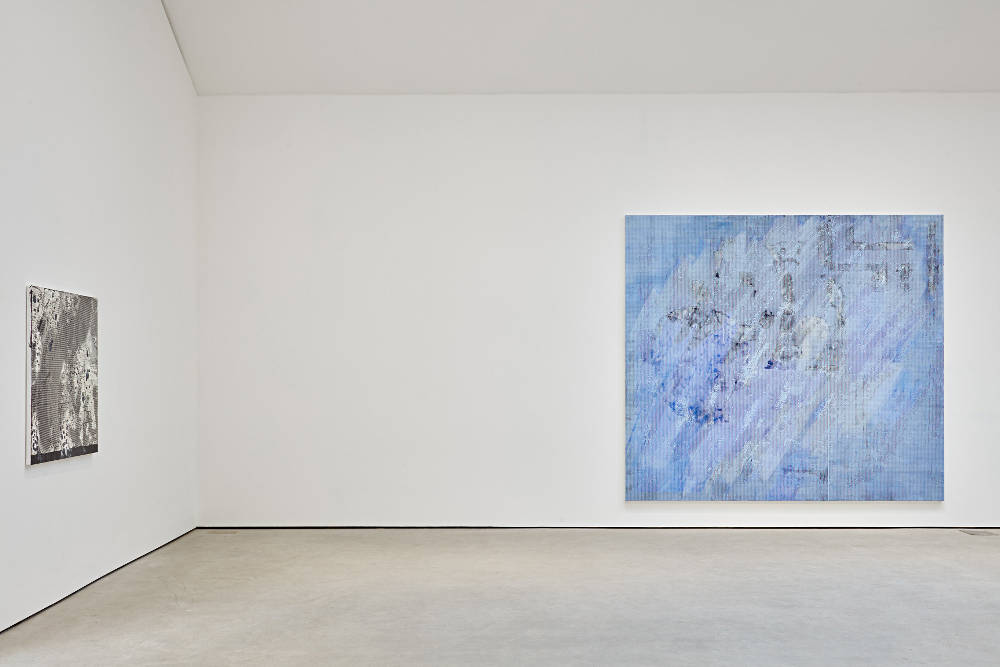 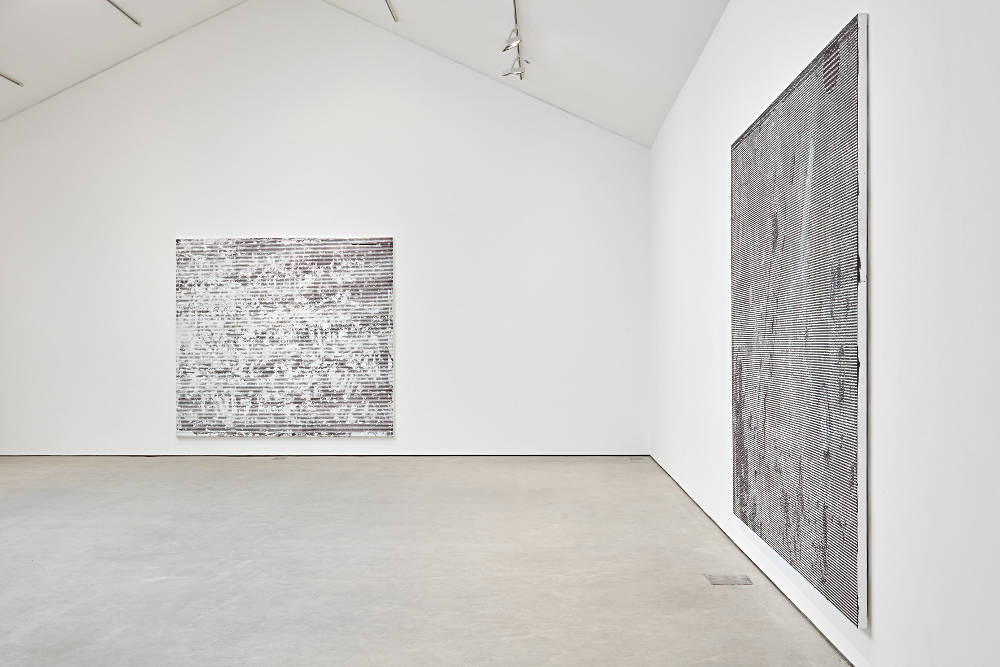 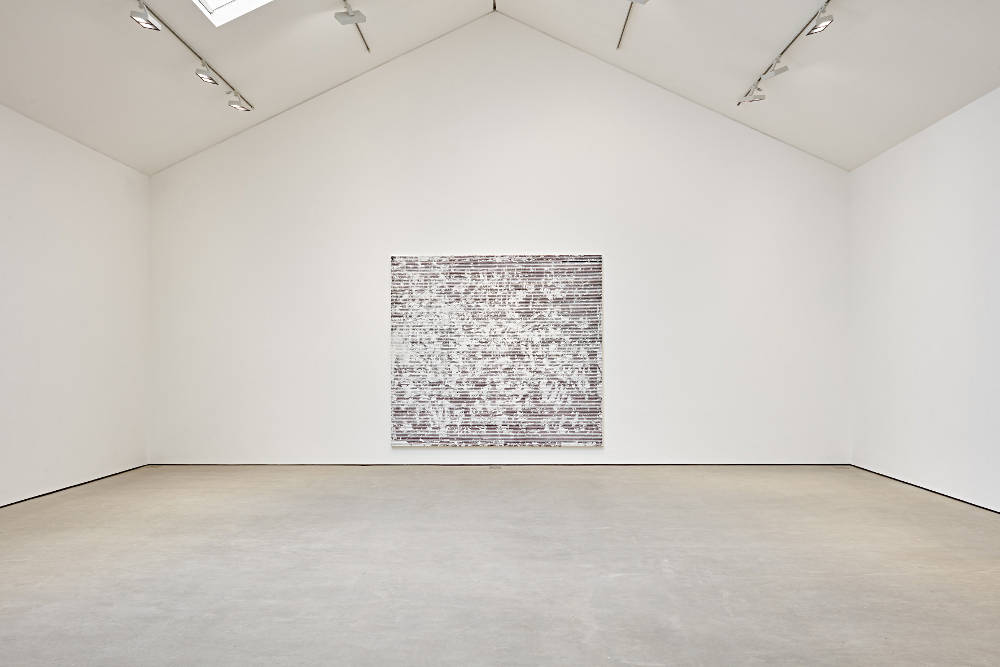 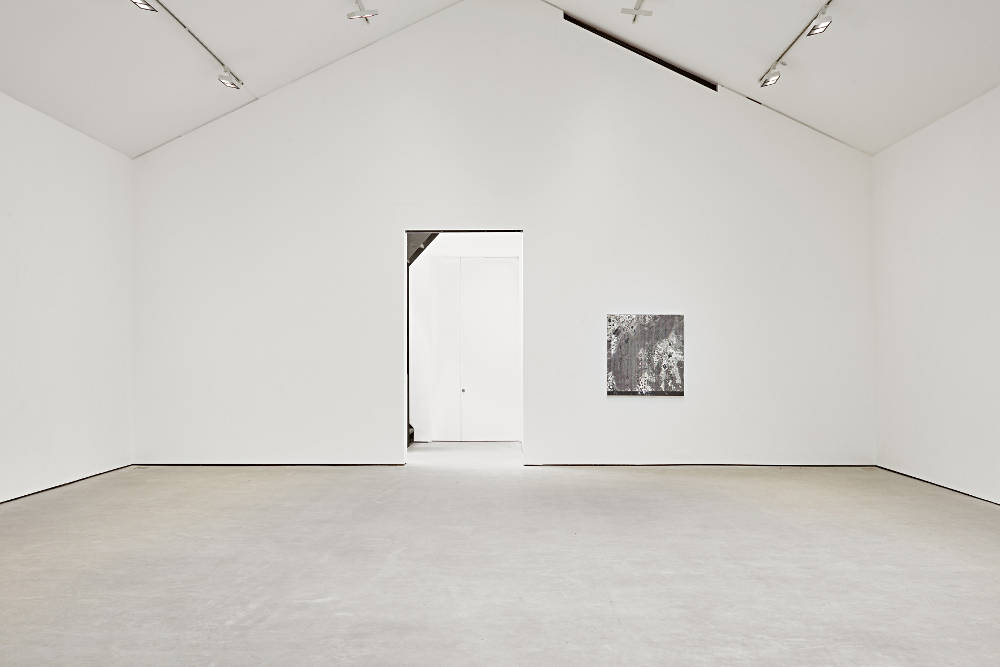 For three decades, Humphries’ work has grappled with critical questions about contemporary abstract painting in a visual culture that is increasingly influenced by screens and technology. Testing the limits of her medium, her work frequently turns in on its own making; scraping back to reveal alternative roads of enquiry. The tension between erasing all trace of the hand and reinstating it through mechanical means points towards questions about digital appropriation and analogue memory. This contrast in form echoes elsewhere in Humphries’ practice, with precision meeting accident and consideration countering intuition. The artist pursues these possibilities by playing often with colour, light and gesture through such varied mediums as stencilled grids, black lighting, and silver paint.

In her new body of work for Modern Art, Humphries has scanned her own paintings made over the past decade and generated each of their scans into ASCII (American Standard Code for Information Interchange). This data has then been rendered into a set of stencils used to transfer the code onto the canvas via thick layers of paint applied by hand, then overlaid with further mark-making. The resulting body of work is heavily layered and multi-faceted, with Humphries’ own hand lying in tension with the mechanical and numerical processes that form its foundation. In these latest paintings, Humphries explores the abstract possibilities of the reproduction of code, and by using facsimiles of previous works she renders new paintings whose emotive content contains traces of memory and ghosts in the process of their translation.