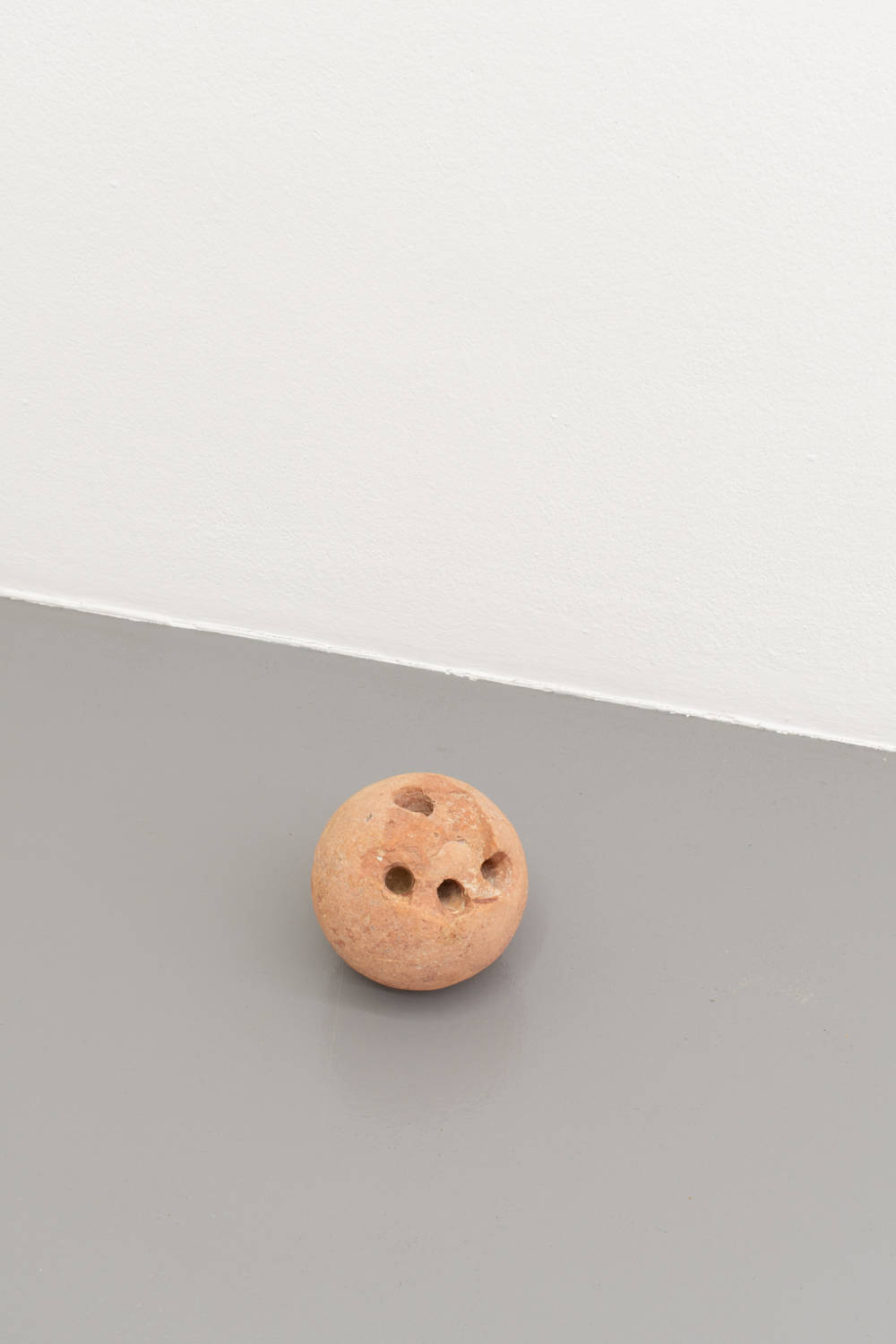 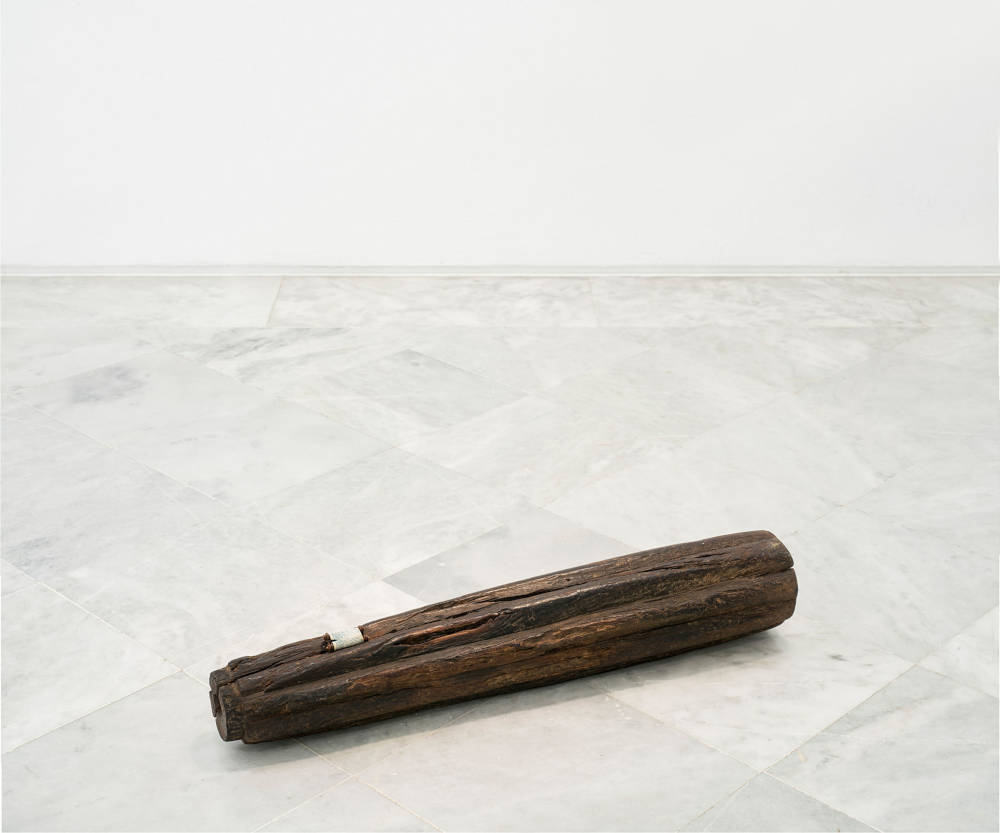 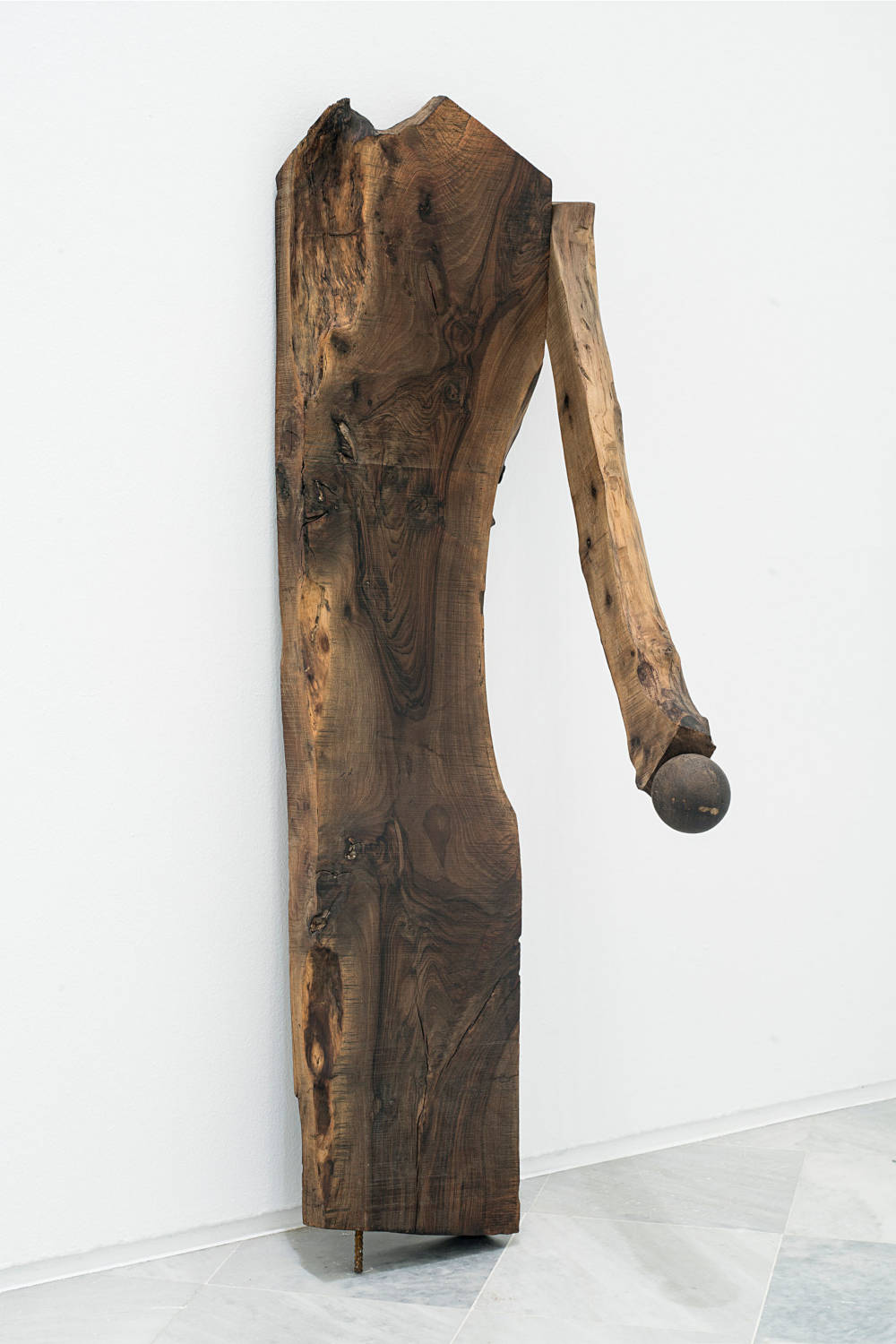 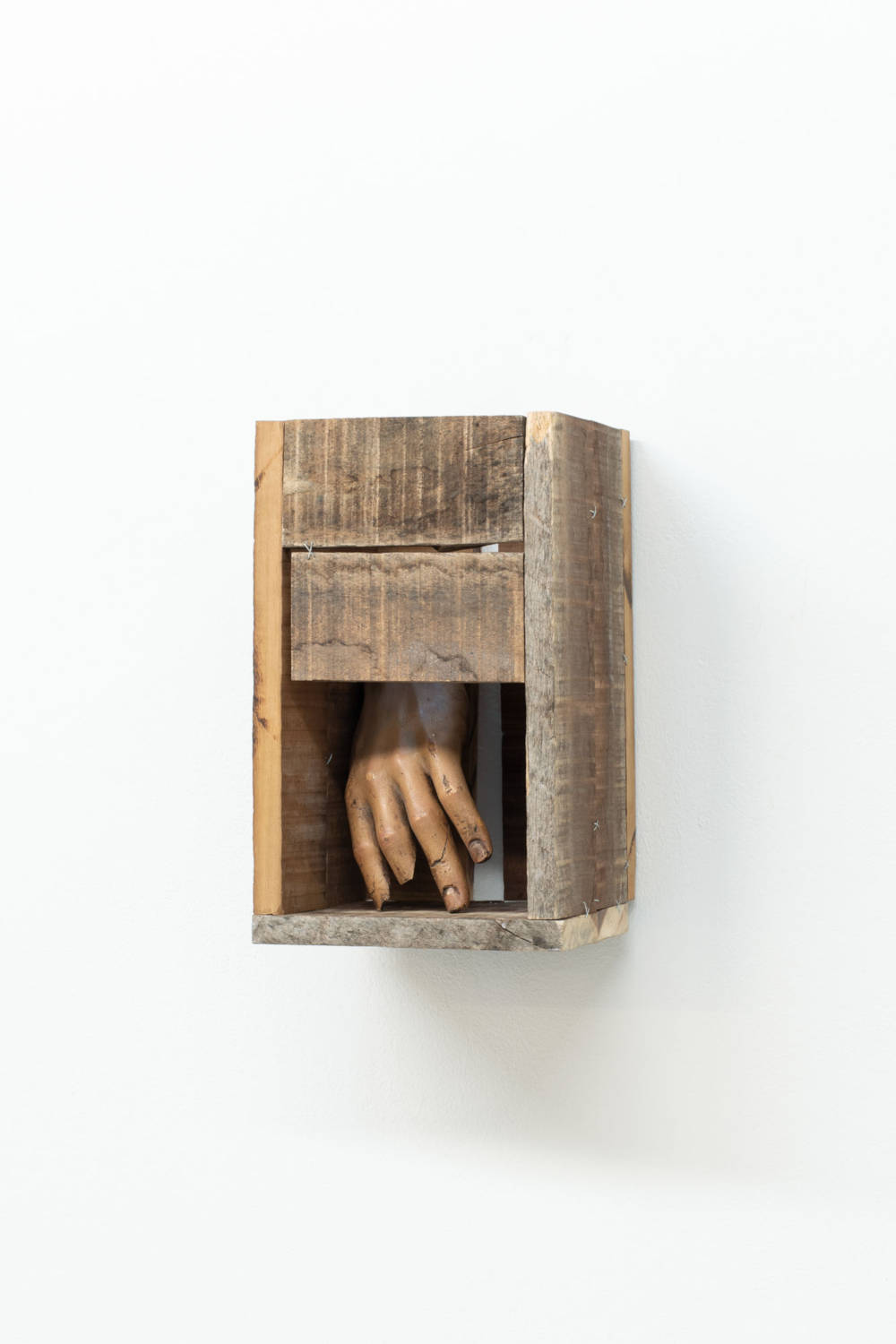 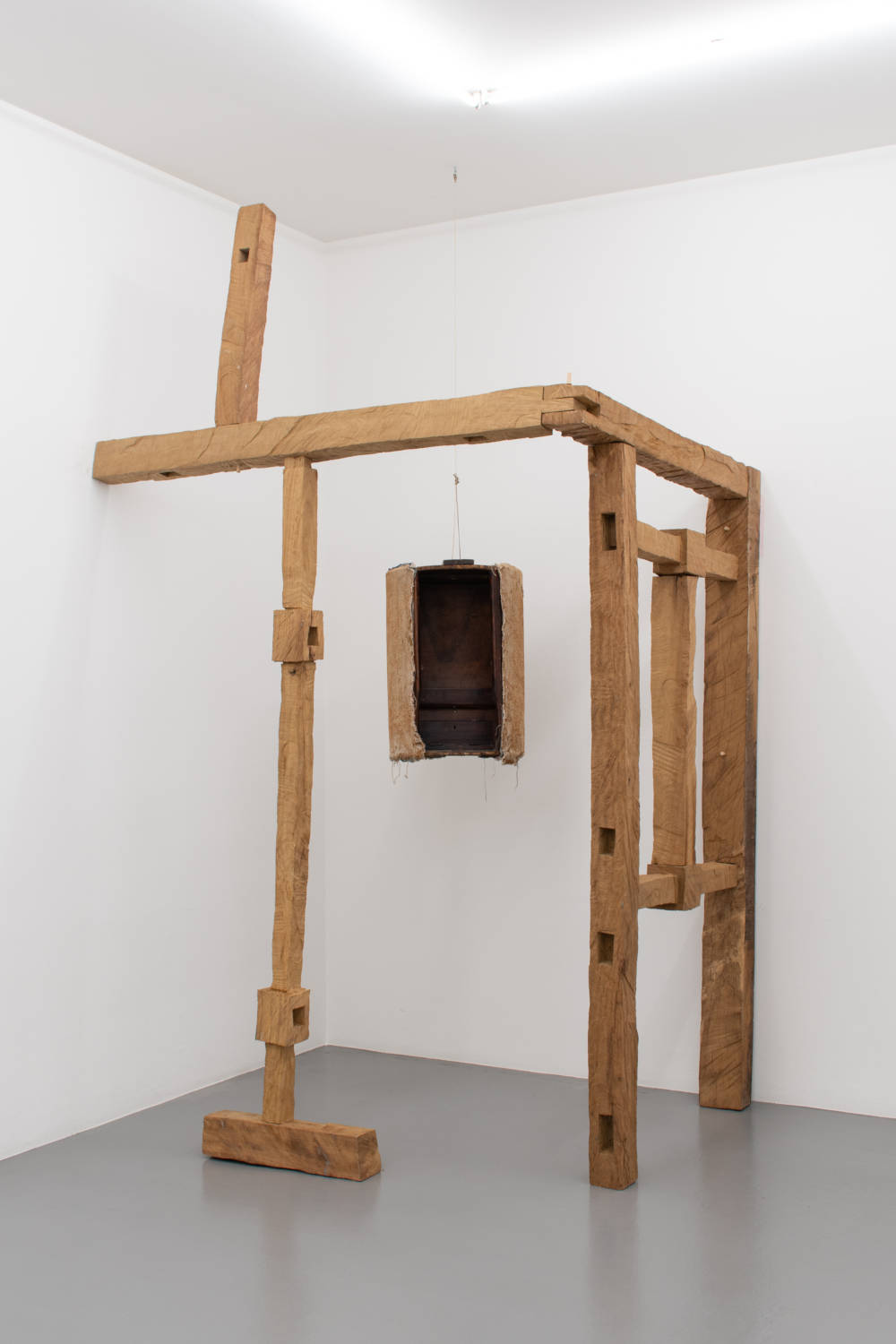 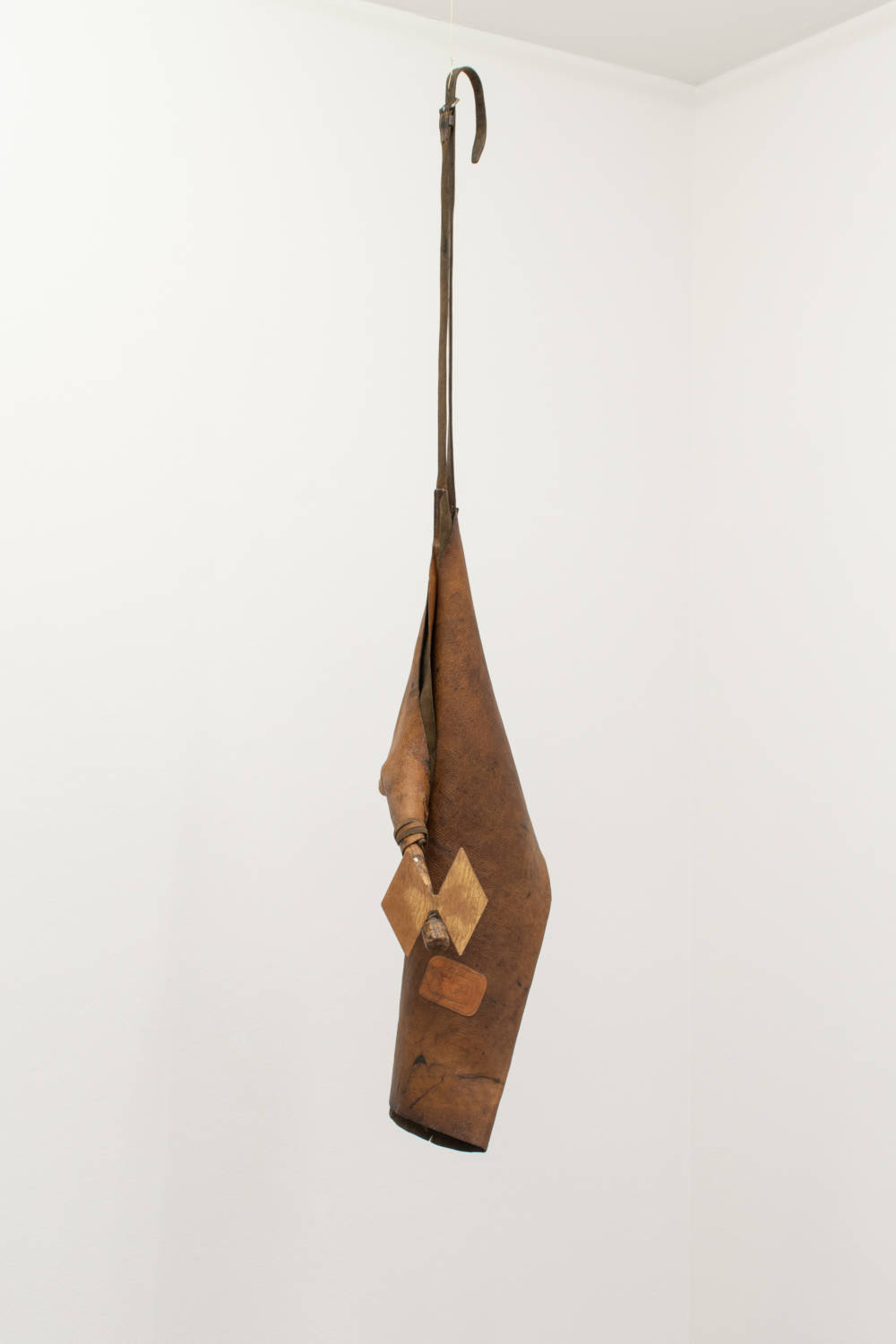 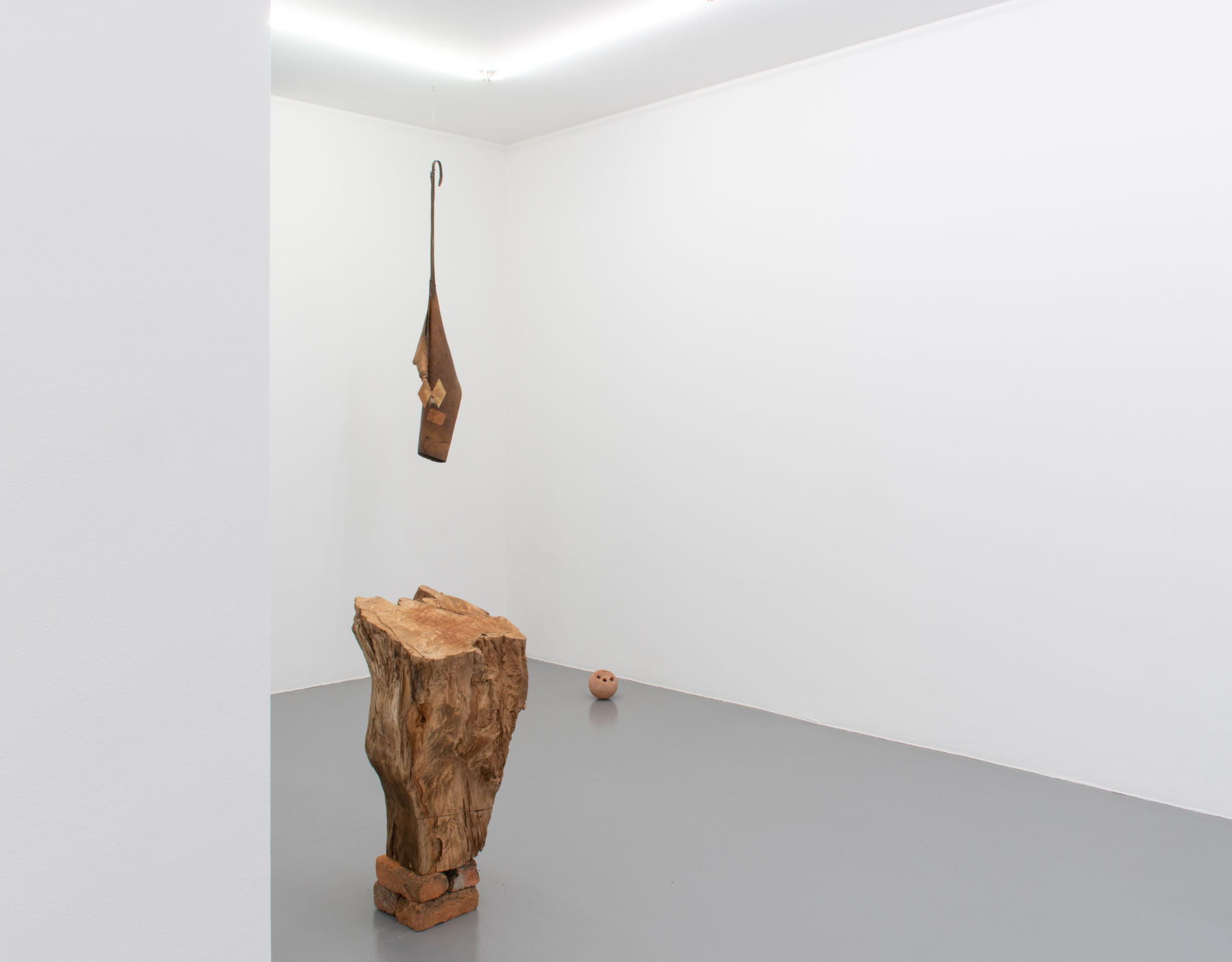 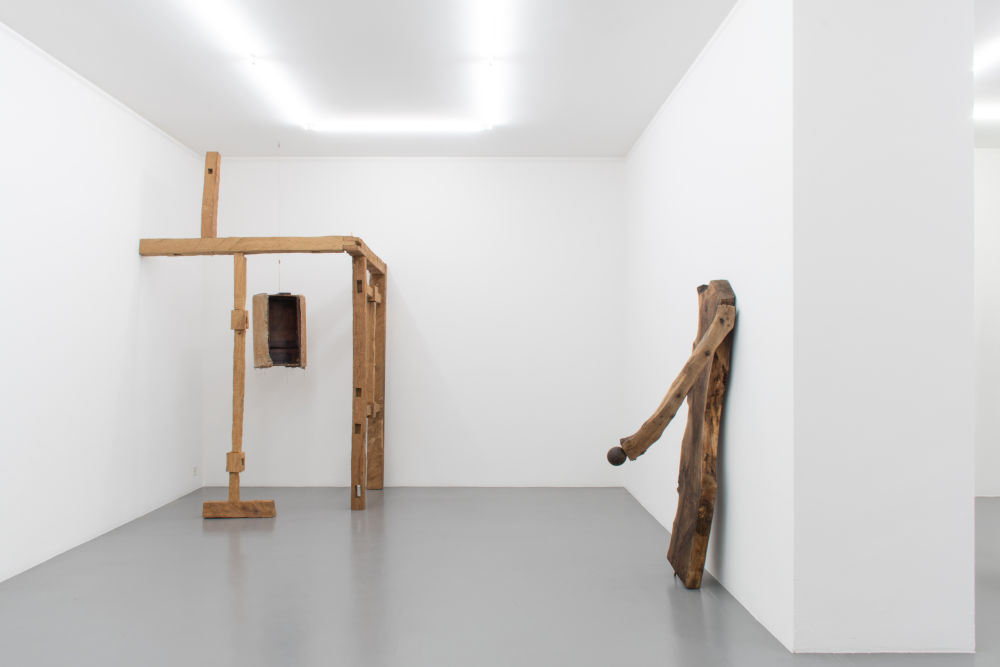 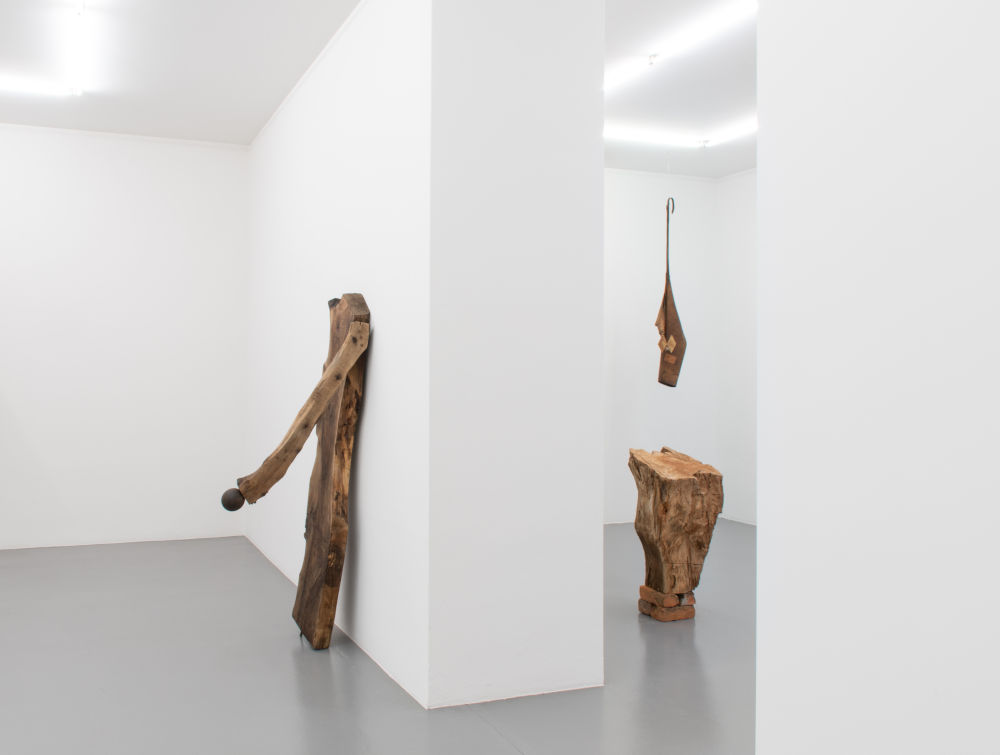 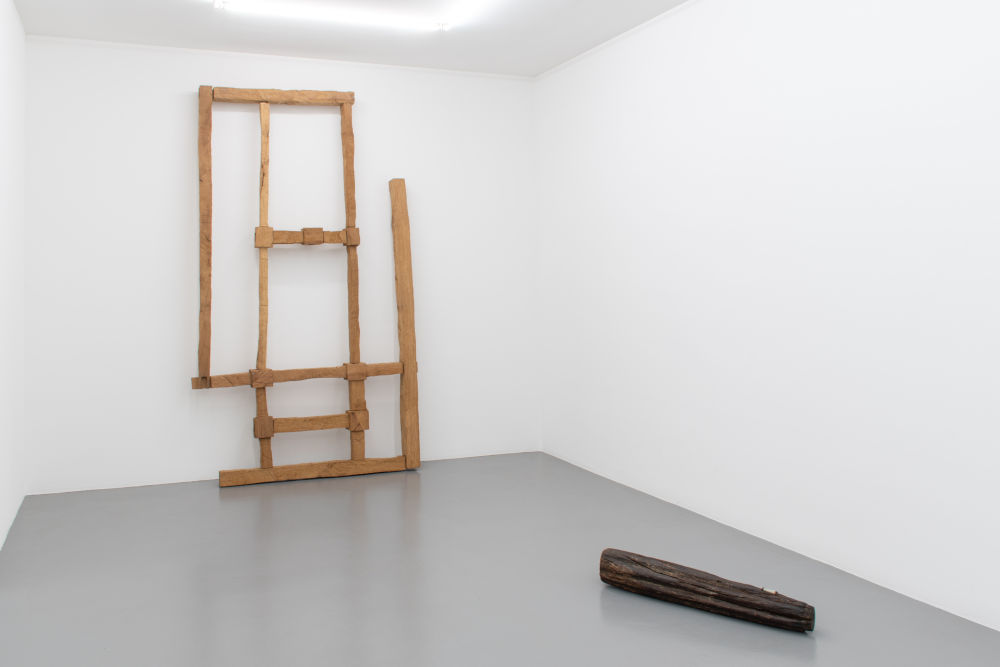 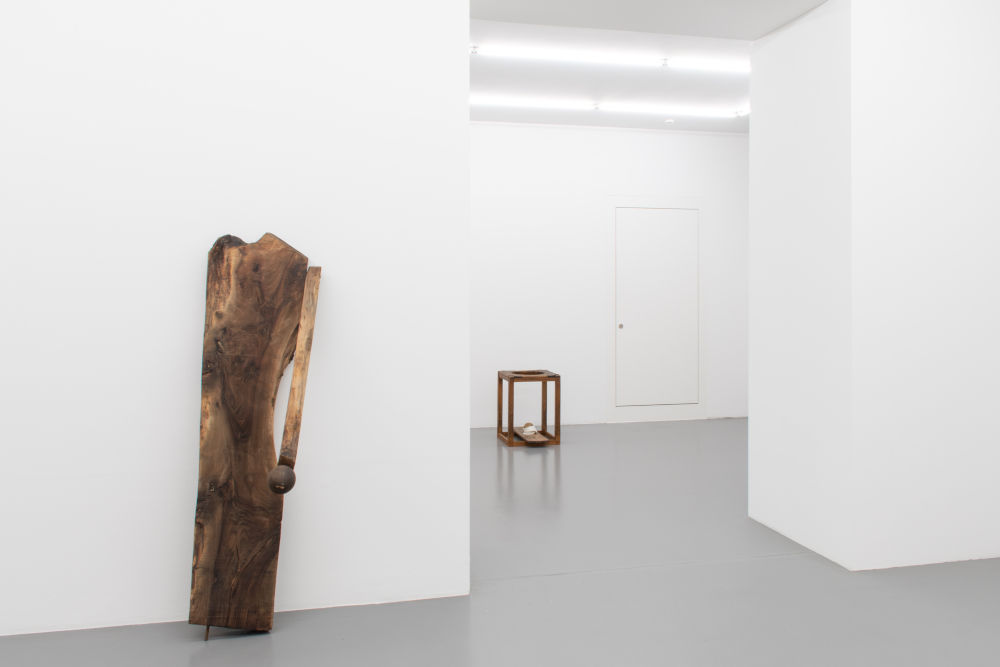 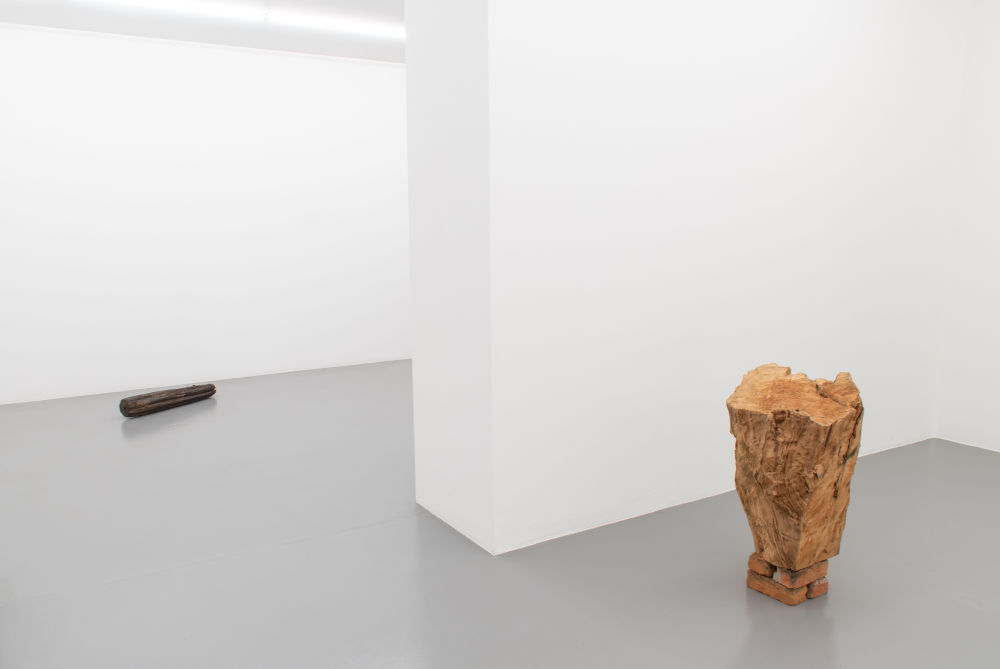 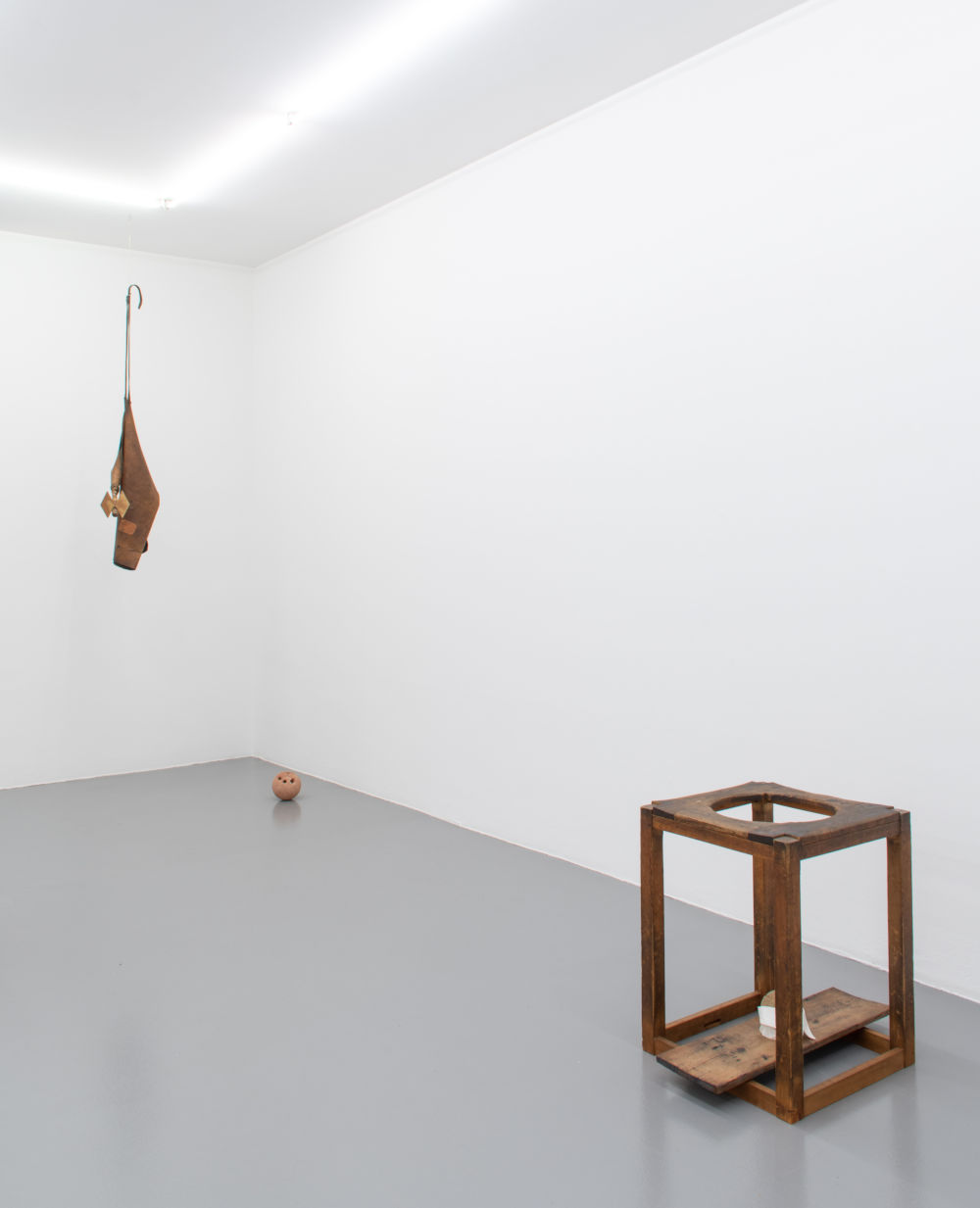 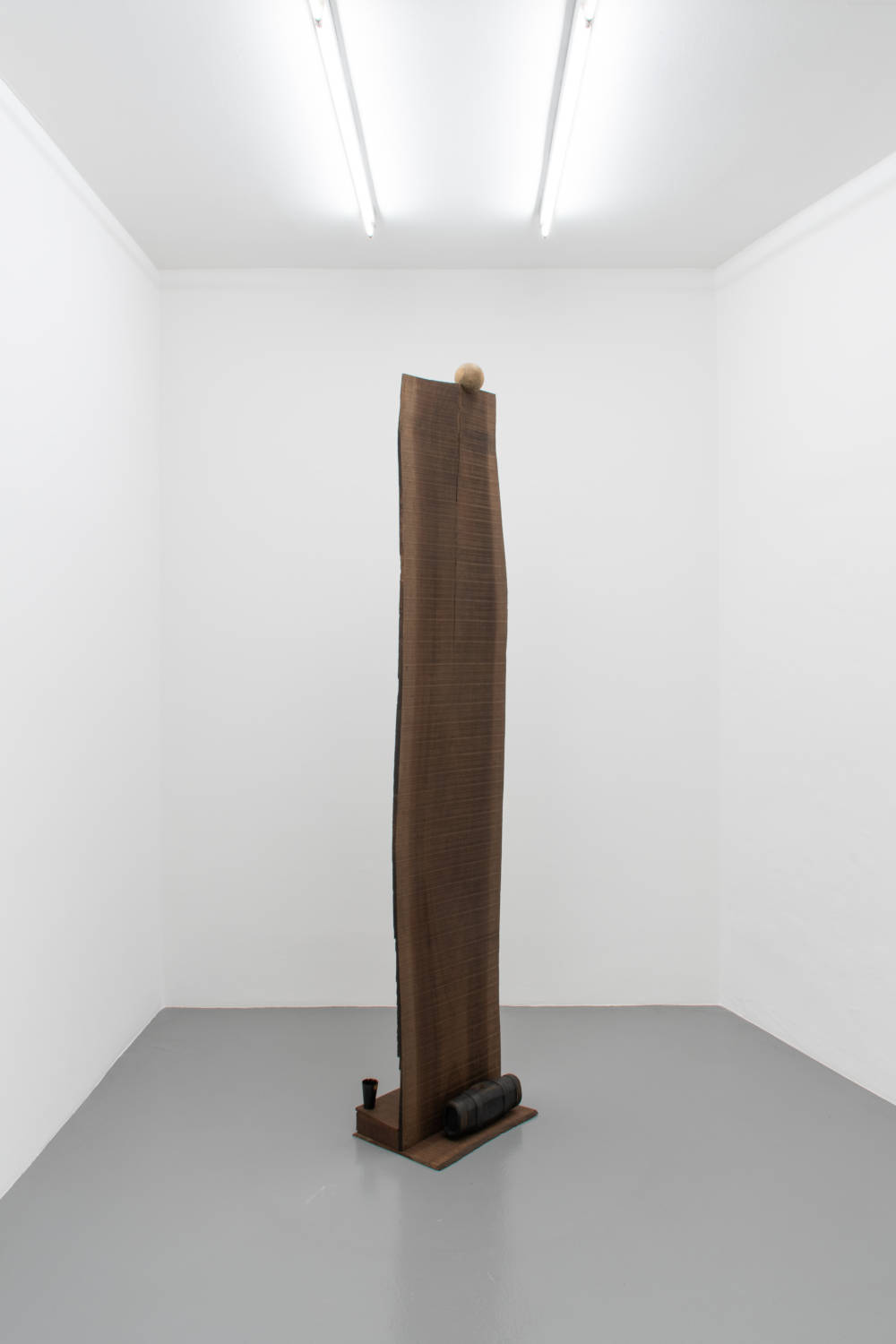 In devising this exhibition, we talk about layers – a term frequently used in contemporary art and repeatedly in literature to describe layers of meaning. Yet when Jacobo Castellano talks about layers, such metaphors vanish and give way instead to a vivid memory of his own personal experience and that of the collective consciousness he grew up with. He was born in Jaén, in southern Andalusia, but he soon moved to Granada, a city steeped in Spanish history and legend. When discussing some of his recent work, he gestures towards the ground, invoking his childhood home in Granada’s famous Realejo district, and telling of the subterranean tunnels, still visible today, through which Arabs would escape if they were attacked. Listening to Jacobo speak, guiding us through the rich warp and weft of Spain’s history, is exciting and disheartening in equal measure. However, it unveils the enormous singularity of both his life context and his artistic practice. While it echoes a wide array of contemporary sculptural practices (Gober, Puryear, Manders, Pernice, Dedobbeleer,…) it remains loyal to the unique sense of intuition that conveys his own eccentric way of intermingling narratives and materials.

Jacobo Castellano’s key contribution to Spanish sculpture lies in his attention to the vernacular. In this tradition, play and pain often go hand in hand. I am writing these lines in Mexico, where I see the celebrated piñatas hanging on wires over the streets in Oaxaca. These piñatas are formless bundles that, when hit with a stick, spill all kinds of small presents. The harder you hit, the bigger the prize; that is the only rule of a game brought by the Spaniards when they conquered the area 500 years ago. Jacobo borrowed from this tradition in producing a wooden version that would turn out to be the main body of work in his recent mid-career retrospective, held in Seville and Vitoria in 2018-2019. An untitled work also included in this show featured a huge olive tree trunk with a film projector attached. The camera belonged to the cinema owned by his grandfather in Villargordo, a small village near Jaén where the family used to spend their holidays. Villargordo is surrounded by olive trees. They extend endlessly in the Andalusian plains. The olive tree is a source of wealth in Andalusia, and an ancient witness of its immensely rich history.

A biographical note. At an early age, Jacobo had a strong reaction to lactose and thus milk has become a recurrent formal element. In one of his most acclaimed works, a glass of milk lies on a carboard surface which happens to be the stomach of a horse that has been beaten and broken in two parts.
The beaten horse stems from a playful situation, for the playful can never be understood without violence. In the same vein, Jacobo once found a piece of paper on the street. It featured a number of drawings by some kid. A rifle, a pistol, a cannon…. The drawing was shown at the very entrance of his mid-career show in both Seville and Vitoria. It is also the origin of the title of that show, riflepistolacañon, with no capital letters, no spaces in between words, no accents, as if kids were better at depicting violence than at accurately projecting language.

Noses feature in his recent works. Golden noses. He has even cast his own nose and stuck it on a piece of wood that is turned into a Personaje, or Character, which is another of Jacobo’s better known groups of works. His Personaje (Characters) may take different forms. There can be more or less anthropomorphic; they are usually wooden but can also be made with stone and copper wire. In short: they seek to be human. Jacobo’s nose is a singular one. He broke it when he was young in front of his grandma. She said that she had seen more blood then than in the whole of the Civil War in Granada.

One would naturally see his work somewhere around Spain’s black legend («Spain hurts», cried a famous intellectual in the early 20th century) or embedded in our Catholic rites. Jacobo Castellano presents here a strange hanging object that evokes one of those turnstyles commonly found in cloistered convents. It’s an exercise of love and trust between two people that cannot see each other. The turnstyle is «trapped» behind an utterly uneven gridded screen. It is clumsily carved out of wood, reminiscent of those heavily ornamented screens used to articulate space in Christian churches. However, Jacobo has consciously left in a precarious state, as if seeking to stress his own unsophisticated practice.

Jacobo’s recent work is based on two premises: an outstanding treatment of wood and an ability to select found objects that may convey narratives with enormous precision. In this Swiss show we see one of his most beautiful works, on a plowing beam he has stuck a little roll of paper with minuscule unreadable writing on it. We call this roll chuleta (a crib sheet) and it narrates the History of the Catholic Kings. Someone used it to cheat in a history test at school.

Two more references. One is dynamic, the other static. Anyone familiar with Spanish culture would acknowledge the work of Francisco de Goya and Luis Buñuel. In the early 1790s Goya painted his pelele, which is commonly translated into English as The Straw Manikin. We prefer the Spanish pelele, a word that designates the gullible person who can easily be duped. In Goya’s work, a man is being blanket-tossed by a number of women who undoubtedly have the upper hand. Goya’s corrosive wit is certainly a reference point for Jacobo. The second reference point is Buñuel’s 1965 Simon of the Desert, which revolves around a motionless penitent spending 6 years atop a column somewhere in the middle of a desert. In the back room of the gallery, we see a big tree trunk. It has a human aspect, redolent of a torso reclining on bricks. If Simon of the Desert himself eventually became akin to a sculpture during his six years on top of a column, Jacobo’s torso seems to gradually turn human, matter turning into flesh. (text: Javier Hontoria)

Castellano’s works have recently been shown in the exhibition riflepistolacañón at Artium – Centro-Museo Vasco de Arte Contemporáneo, Vitoria-Gasteiz in 2019 and at Centro Andaluz de Arte Contemporàneo, Sevilla in 2018. In 2017 he was part of the group show Ian Anüll, Jacobo Castellano, Zang Kunkun at Mai 36 Galerie.