Acquavella Galleries presents new works on canvas by American Israeli artist Jacob El Hanani. A tribute to the artist’s mastery of abstraction through his painstaking pen-and-ink drawings, this is Acquavella’s third exhibition dedicated to the artist. 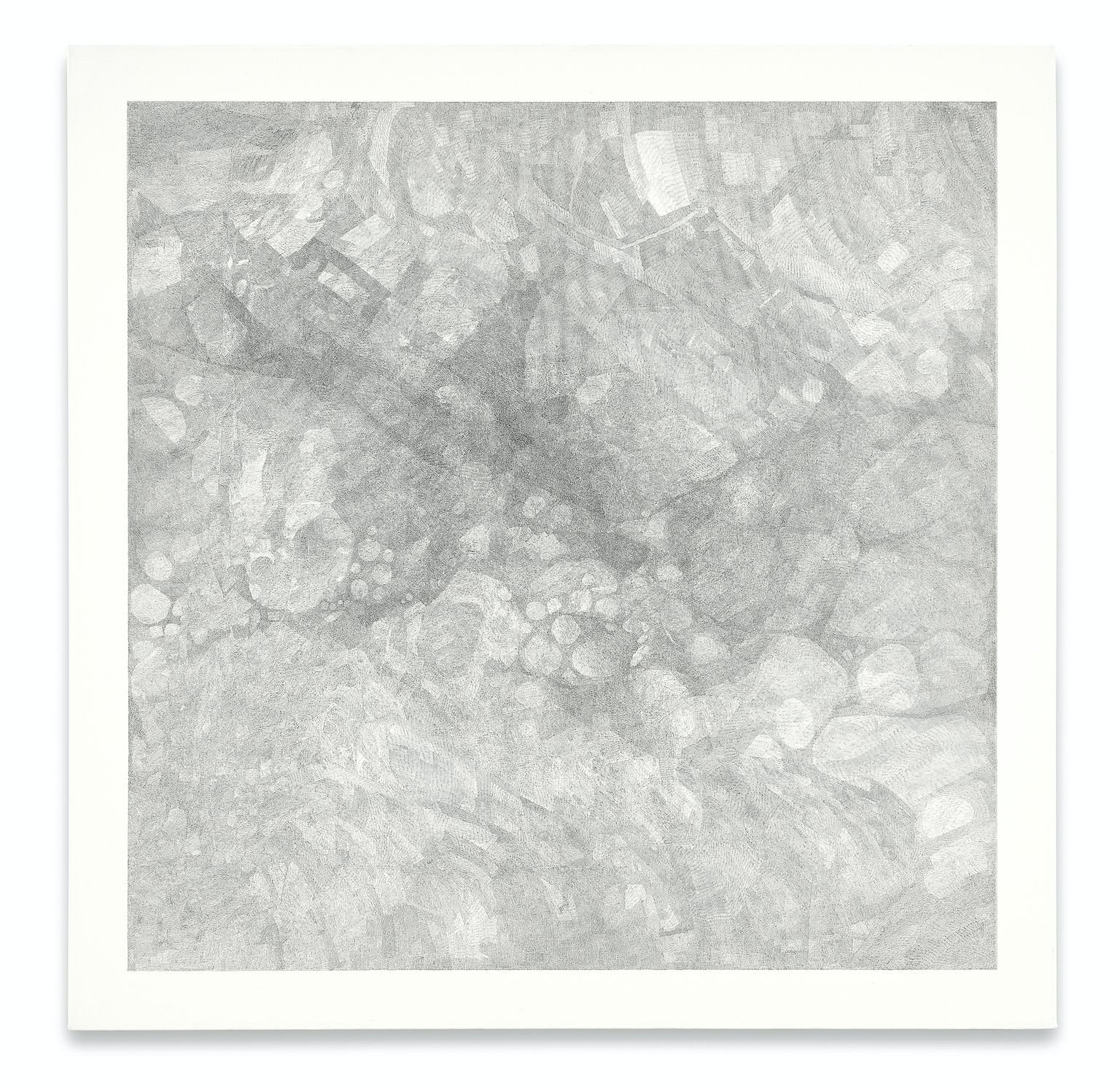 El Hanani is often referred to as “the grandfather of micro-drawing,” and his works serve as a record of the artist’s devoted creative process. Marked by the quiet intensity of bold, fluid patterns achieved through thousands of delicate linear strokes, his abstract works are suggestive of atmospheric landscape, topographical maps, and intricate woven textiles. Employing both abstract forms and scripted letters of the Hebrew alphabet, El Hanani’s drawings reflect on vast cultural, historical, and personal forces that have informed his work. The social restrictions of 2020 presented El Hanani (already a devoted craftsman who lives in a home studio in SoHo, New York City) with a unique challenge, or rather an opportunity, to spend even more time in the studio further mastering his mark-making practice. This has culminated in a body of work representative of the long, reflective, and often strenuous time in isolation that is mirrored in his steadfast, meditative practice and its resulting works.

This body of work—slow, exacting, and unforgiving – underscores a decades-long practice of extraordinary self-discipline. Since 1974, when he moved into the studio where he still lives and works today, El Hanani has spent many long, quiet days working, removed from the noise and bustle of the city below. Throughout his career, El Hanani has quietly persisted by delivering intricate, self-immersive works, as many of his conceptual and minimalist contemporaries pushed the idea of removing the artist from the artwork.

Whether he is using letters of the Hebrew alphabet or lines, El Hanani’s work is inspired by the long tradition of Jewish micrography. In the middle ages, Jewish scribes began to decorate manuscripts with images and designs made of very small Hebrew letters. Without the use of religious figures, Jewish scribes utilized micrography as an interpretation of image making. Similar to El Hanani’s modern day works, these ancient micrographic figures are almost illegible, but unlike these texts, the letters in El Hanani’s work have become more medium than message, yet still echo of a devotional act.

In his essay for the accompanying catalogue, Adam Kirsch describes El Hanani’s distinctively personal contributions to Jewish tradition and text as his chiddush— a Talmudic word referring to a novel interpretation or approach to something. In El Hanani’s case, this approach allows him to reconcile terms usually seen as opposites—modern and ancient, concept and practice, inscription and design.

A highlight of the exhibition, Circle and Linescape (2018), is comprised of equally sized circles and short, angular hatching just millimeters in length that nearly fills the entire 22 x 28 inch canvas. From a distance, the work appears to be an abstract rendering of a cave or ominous landscape with short and bold, continuous lines creating a dark foreground. Towards the center of the canvas, El Hanani has restrained the volume of circular marks, evoking a light source coming from within. Flowing vertically down the canvas, small circles have been methodically and densely placed, their thin lines connecting with the shadowy hatching below.

Born in Casablanca and raised in Israel, El Hanani studied at the Avni School of Fine Arts in Tel Aviv and the École des Beaux-Arts in Paris before moving to New York in the early 1970s. His work can be found in the permanent collections of institutions including The Solomon R. Guggenheim Museum of Art, New York; The Museum of Modern Art, New York; Musée National d’Art Moderne, Centre Georges Pompidou, Paris; The British Museum, London; The Whitney Museum of American Art, New York; The Menil Collection, Houston; The Philadelphia Museum of Art; the National Gallery of Art, Washington; and The Metropolitan Museum of Art.