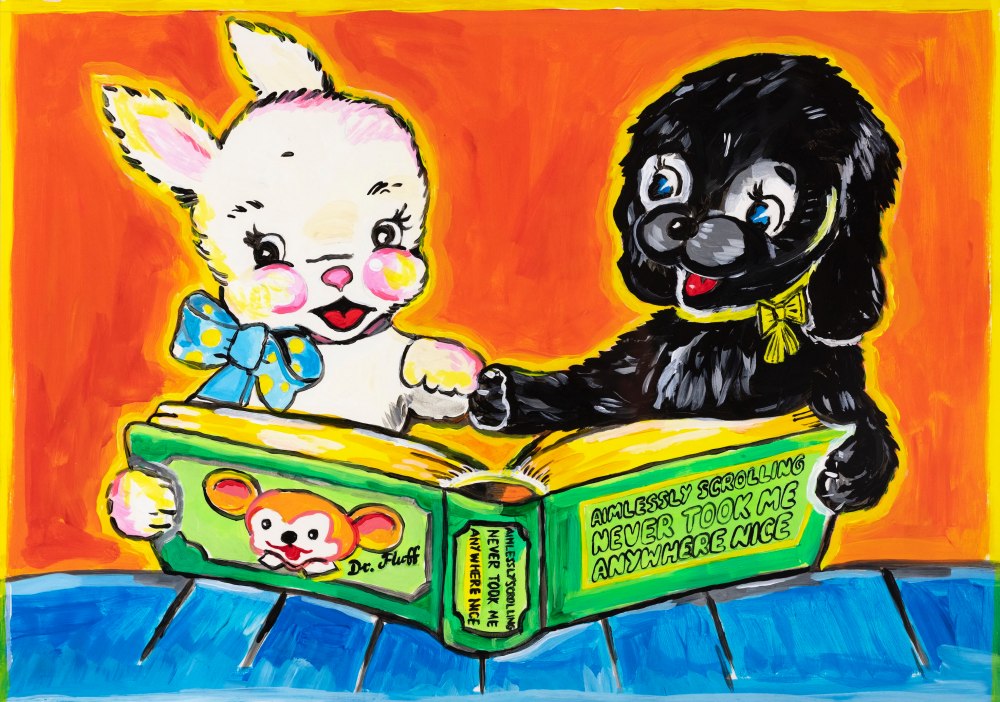 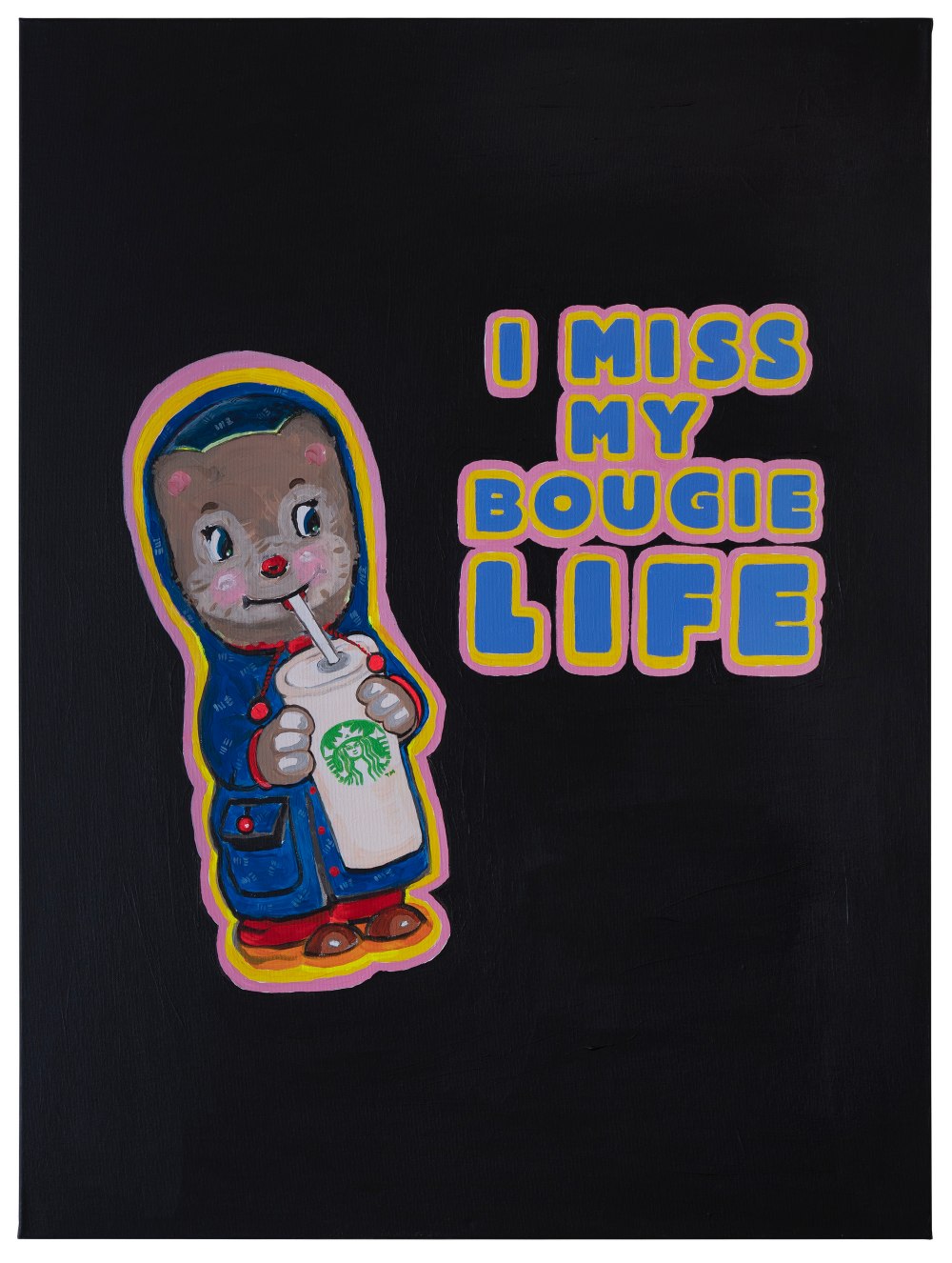 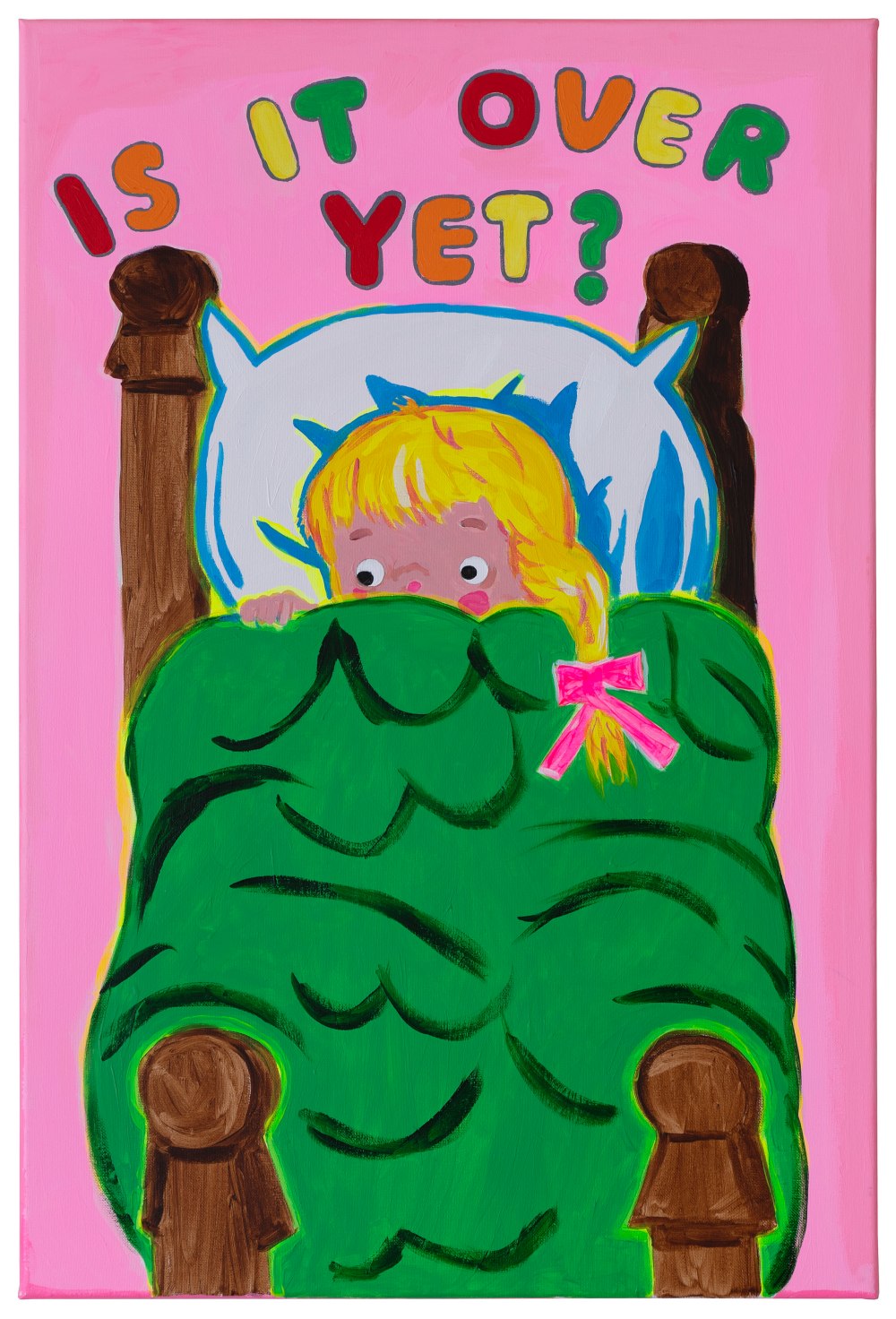 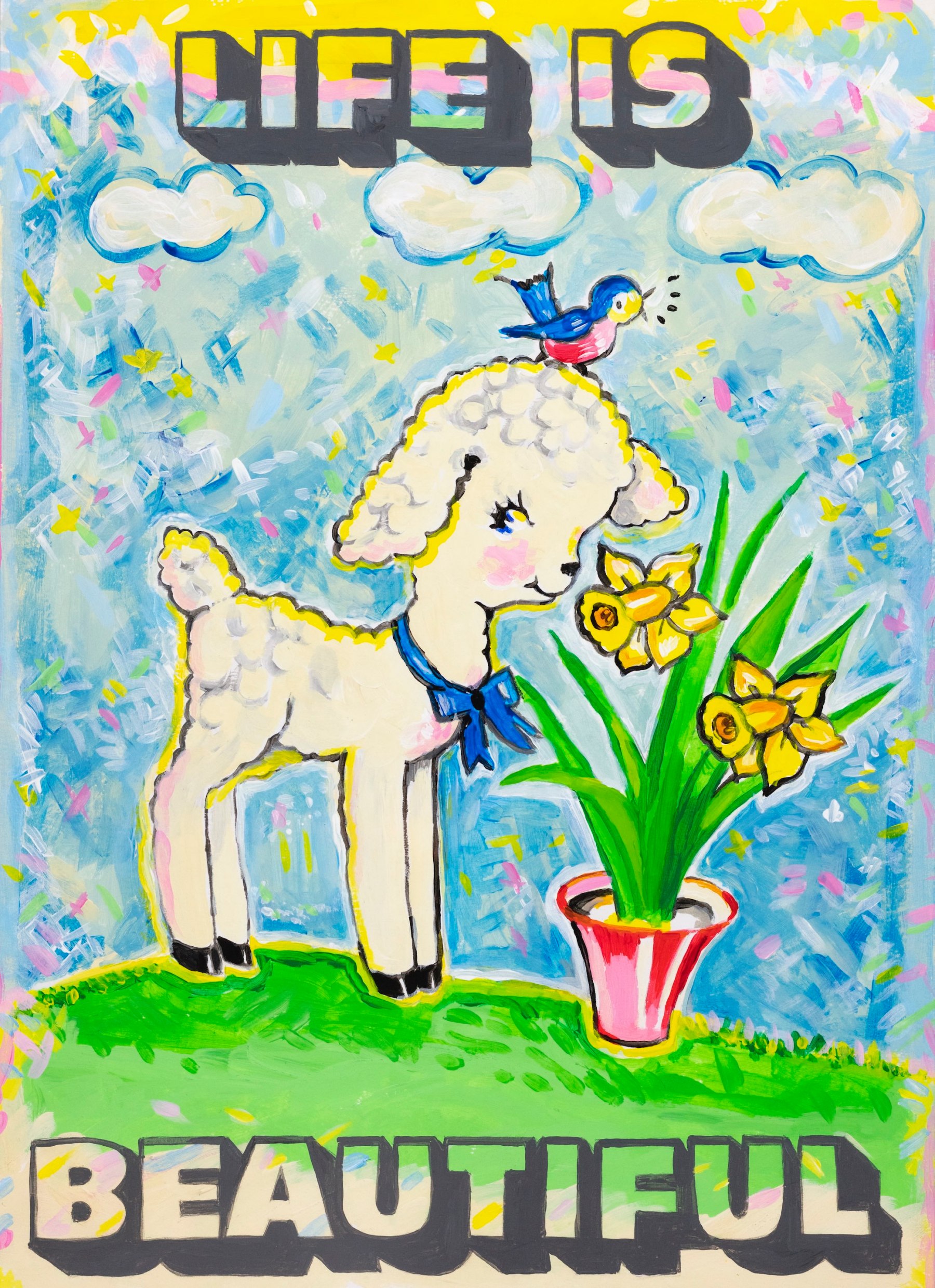 Drawing on a personal archive of found images sourced from books, comics, ephemera and memory, Archer paints rainbow- bright compositions that depict a roll call of cartoonish characters accentuated by punchy slogans. Rendered in her trademark retro–inspired typography, the wry humour behind the text varies from ‘random thoughts’ to more savage observations which, combined with her exuberant painting style, fluctuate between lighthearted kitsch and sharp satire.

Archer originally studied and worked as a commercial illustrator, which is evident in her confident palette, graphic style and facility to balance typography and image for maximum visual effect. The successful cohesion of distinctly reproducible paintings with their friction between slogan and sentiment, has gained her a popular following among the art and fashion world alike. She has collaborated with renowned international fashion houses Marc Jacobs (2019–2021), Jenny Packham (2017) and Comme des Garçons (2012). These collaborations are part of a broader, democratic ‘art for all’ approach to making and showing art that has lead Archer participate in a variety of projects outside of the traditional gallery space including: releasing multiples, affordable print editions and displaying posters across the UK as part of a major public arts programme.

For It’s a Magda Archer Christmas, her first solo exhibition in London, Archer will present a group of paintings reflecting a range of themes from pandemic anxiety to the pressures of social media and consumer culture. Through these works Archer echoes her interest in Pop Art, particularly the authentic nostalgia in the paintings of Peter Blake and the epic cartoon strip drama of Roy Lichtenstein’s paintings. In Life Is Beautiful (2020), Is It Over Yet? (2019) and I Miss My Bougie Life (2020) in particular, Archer shows that she is unafraid to make paintings that amplify elements typified as cute, polite, sweet and feminine – the very tropes that previously marginalised women artists. Bringing these to the fore in the form of candy- coloured, spirited cartoon animals, she redefines their Disney-esque associations by way of a defiant attitude and daring wit, projecting their pop culture value back at her audience through a reimagining of their context.

Magda Archer is London-based artist renowned for work that combines nostalgic paintings with raw, contemporary turns of phrase. Archer (b. 1964) studied at Ravensbourne College of Art, Chelsea School of Art, the Royal College of Art before co-founding the illustration duo Archer/Quinell, which rose to critical and commercial acclaim from 1988 to 1998.

Since her first solo exhibition Crazy Mad at The Cornerhouse, Manchester in 2011, Archer has shown across the UK and abroad including in Peter Blake: About Collages at Tate Liverpool (2000) and her breakthrough exhibition #givemeeverythingandnothingbaby at HOME, Manchester and Chapter Arts, Cardiff (2015).