In her mostly abstract works, Isabelle Borges explores patterns and structures she encounters in the visible world. Her main focus is on the geometry of the spaces between things and the resulting spatial dynamics. She generates pictorial spaces that expand and contract evoking spatial fabrics in motion. 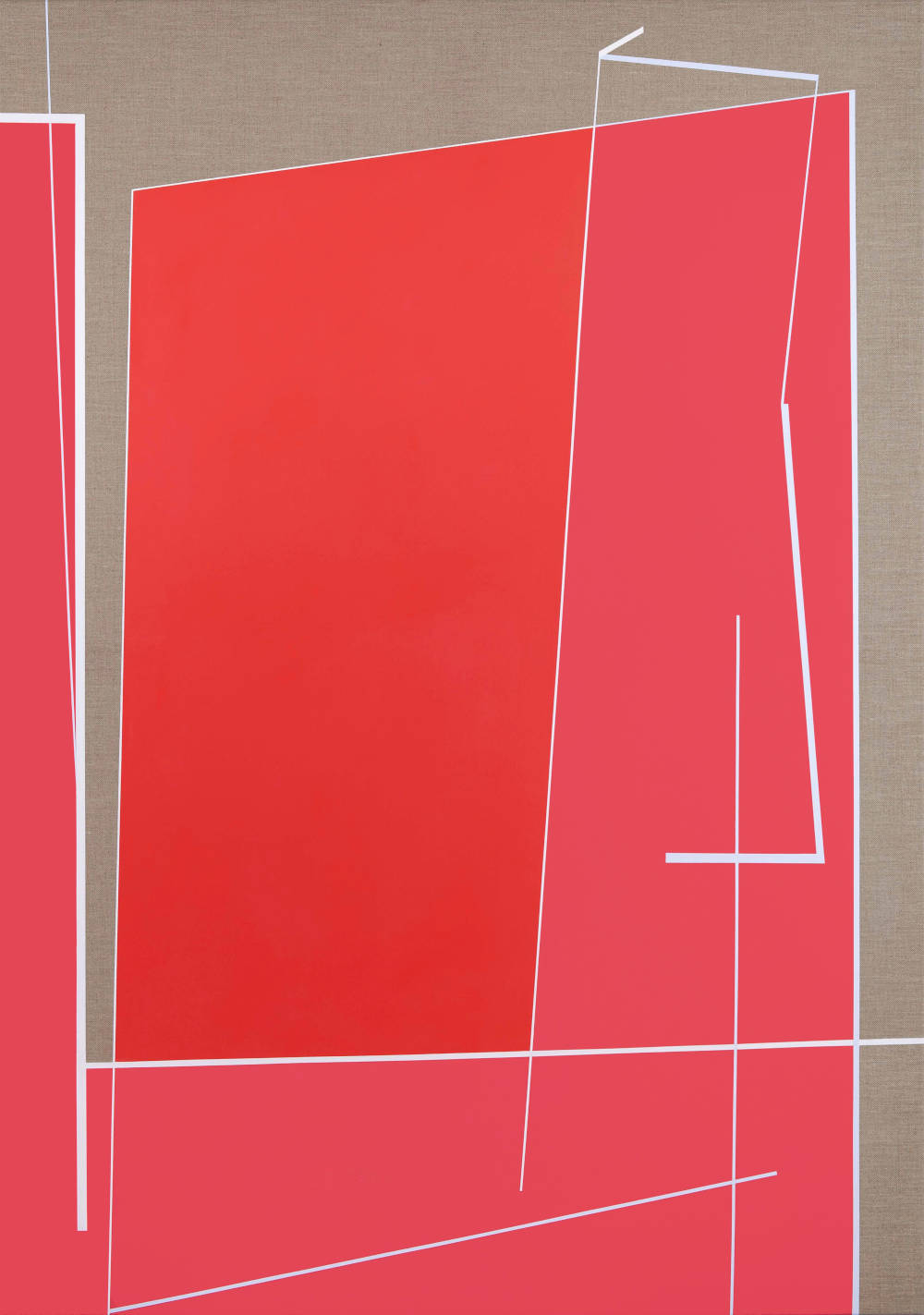 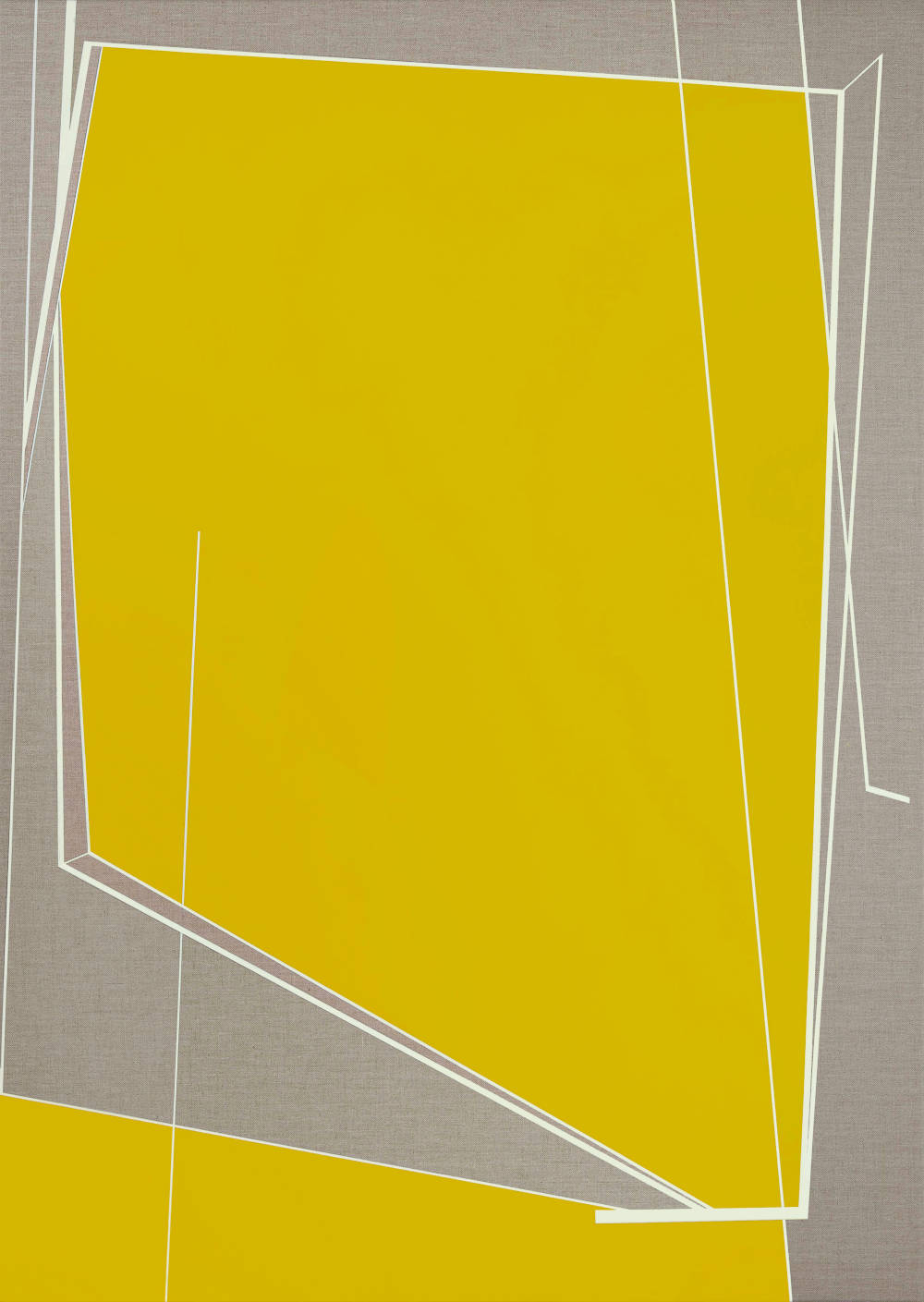 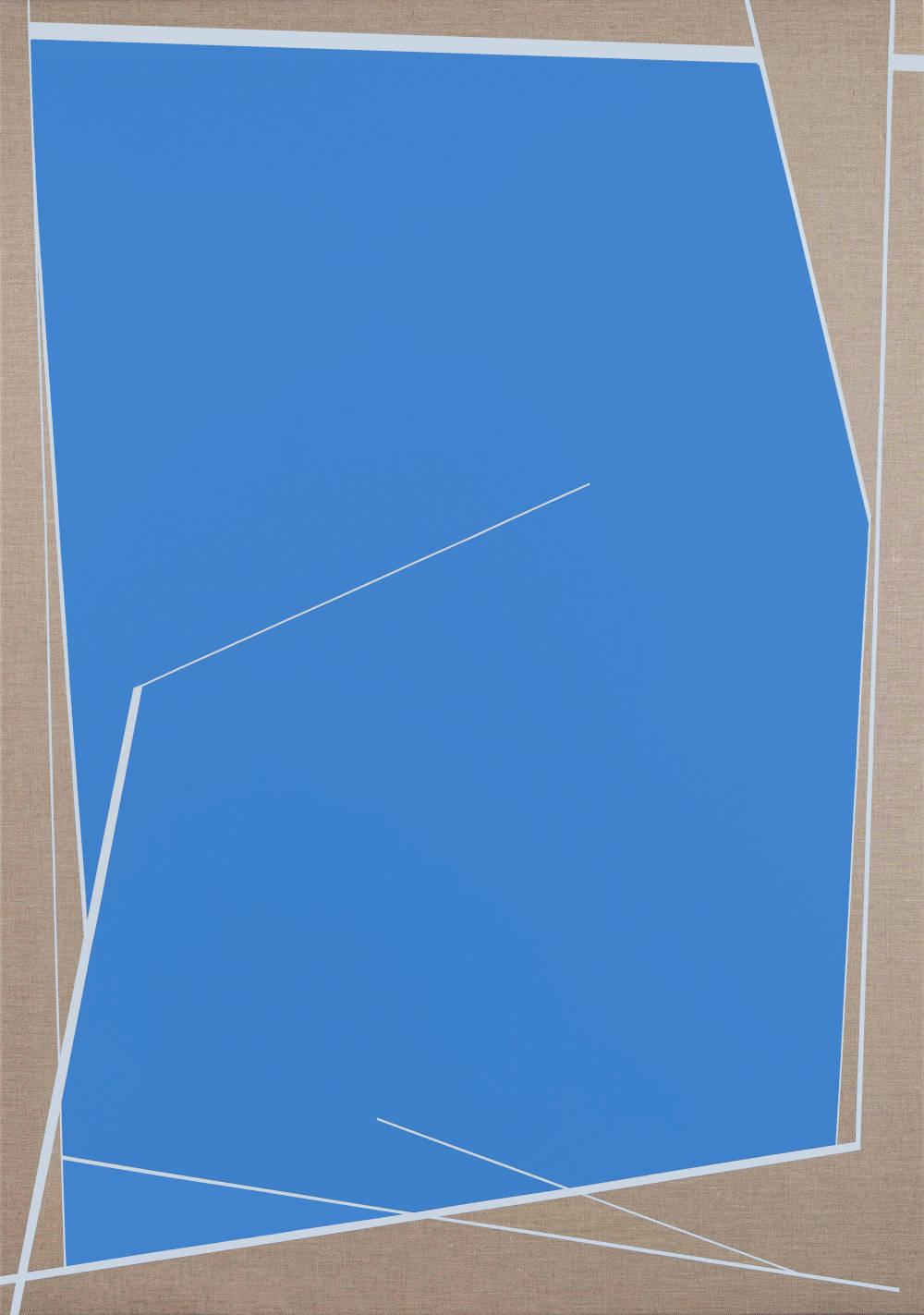 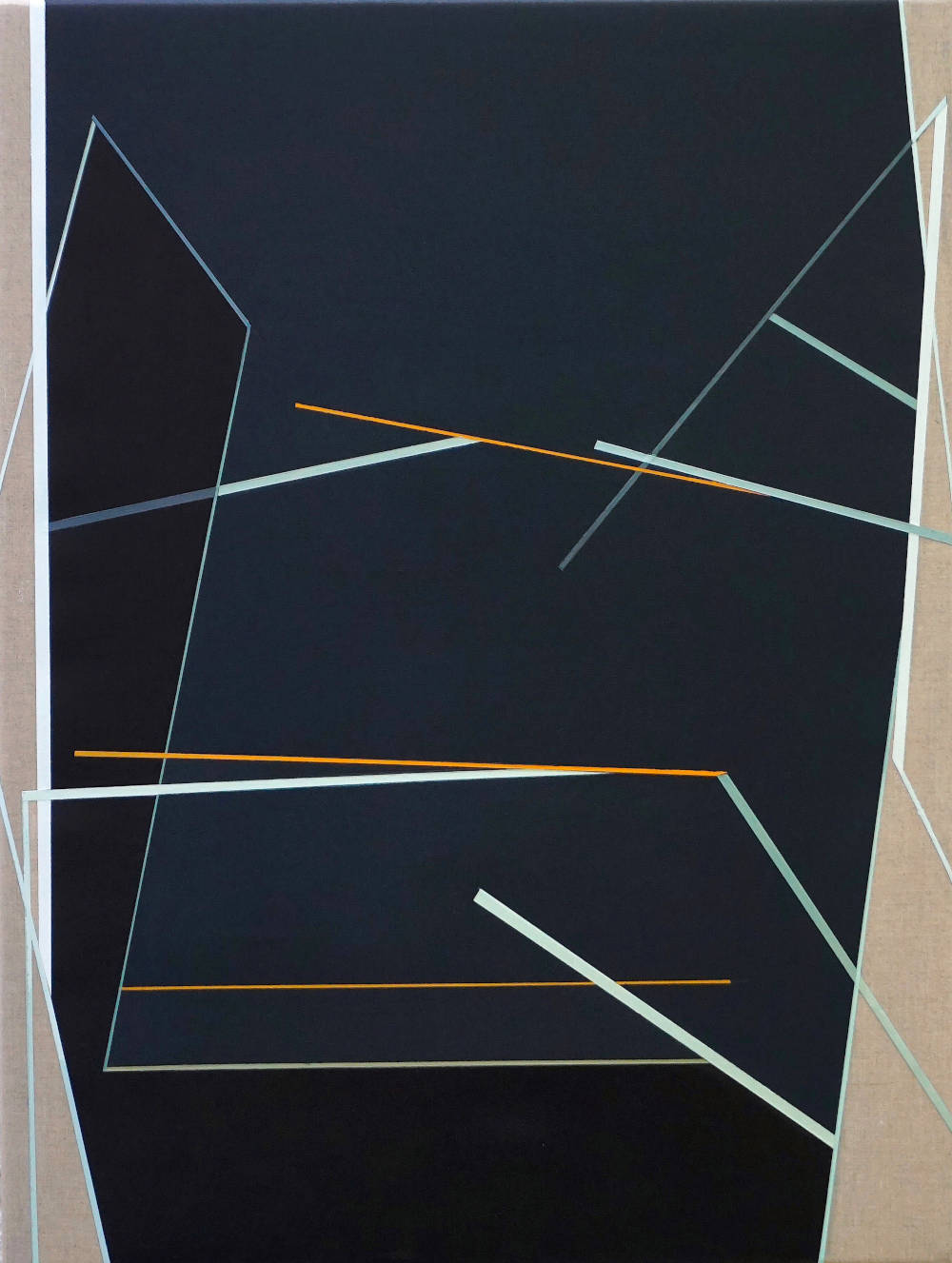 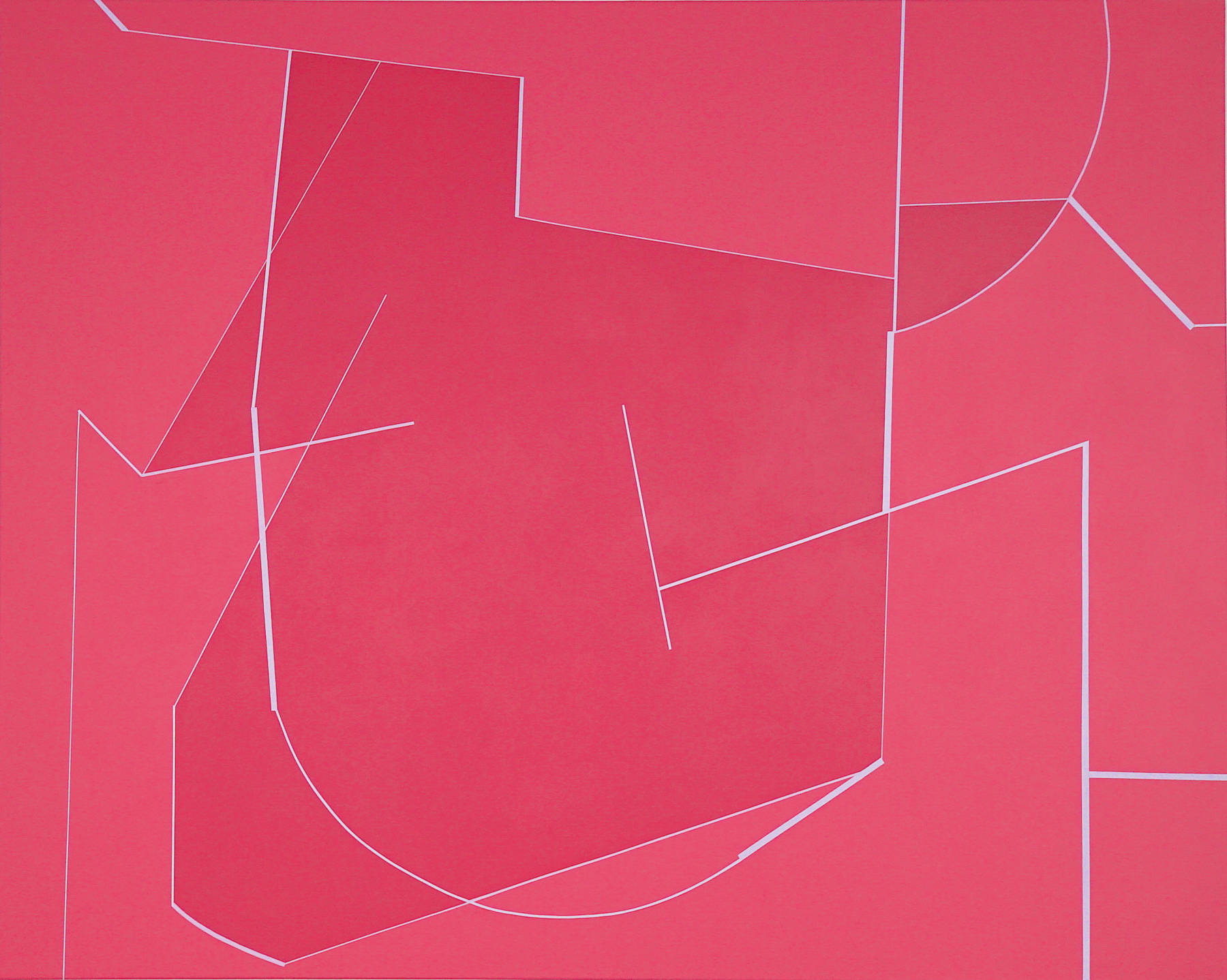 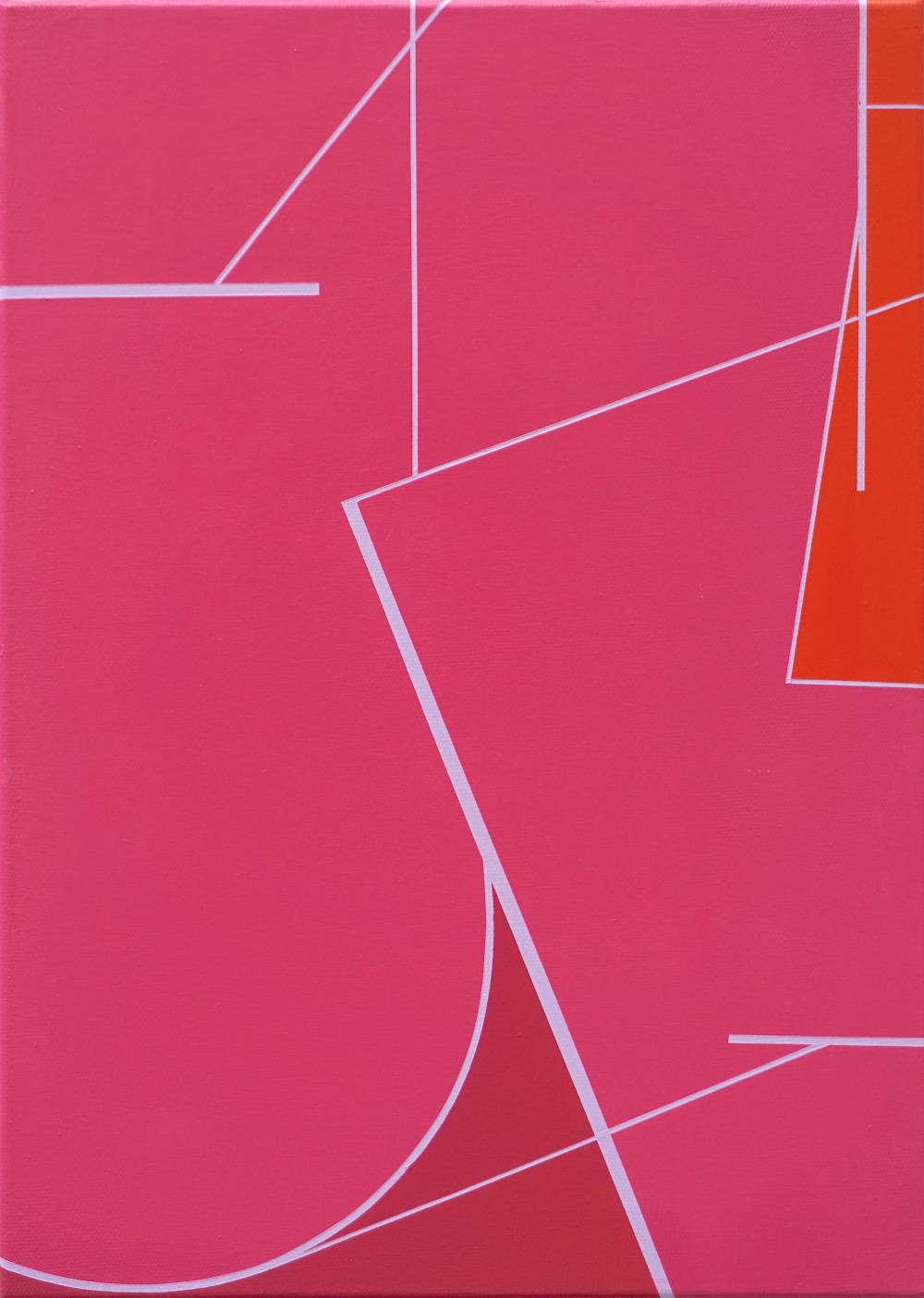 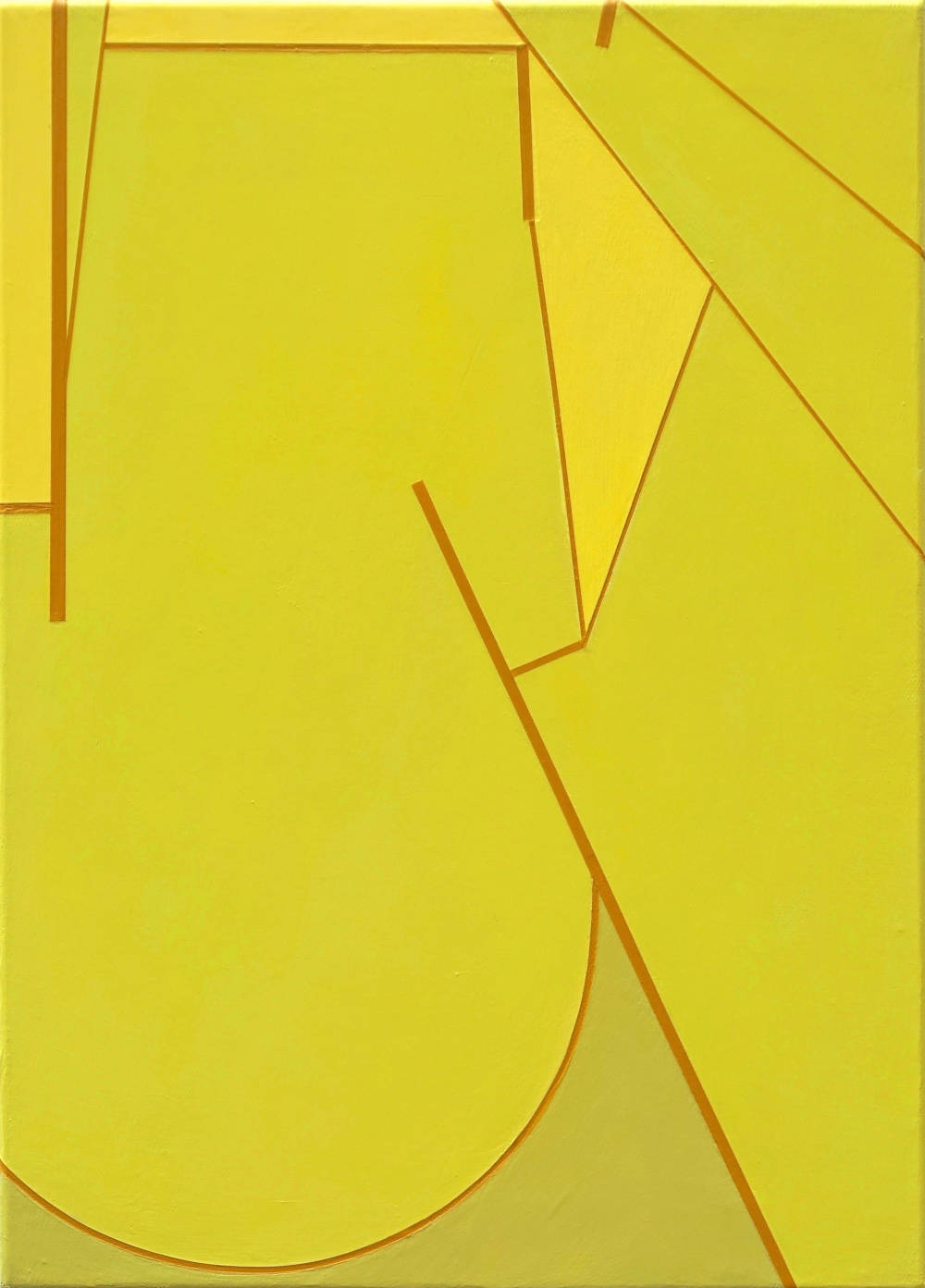 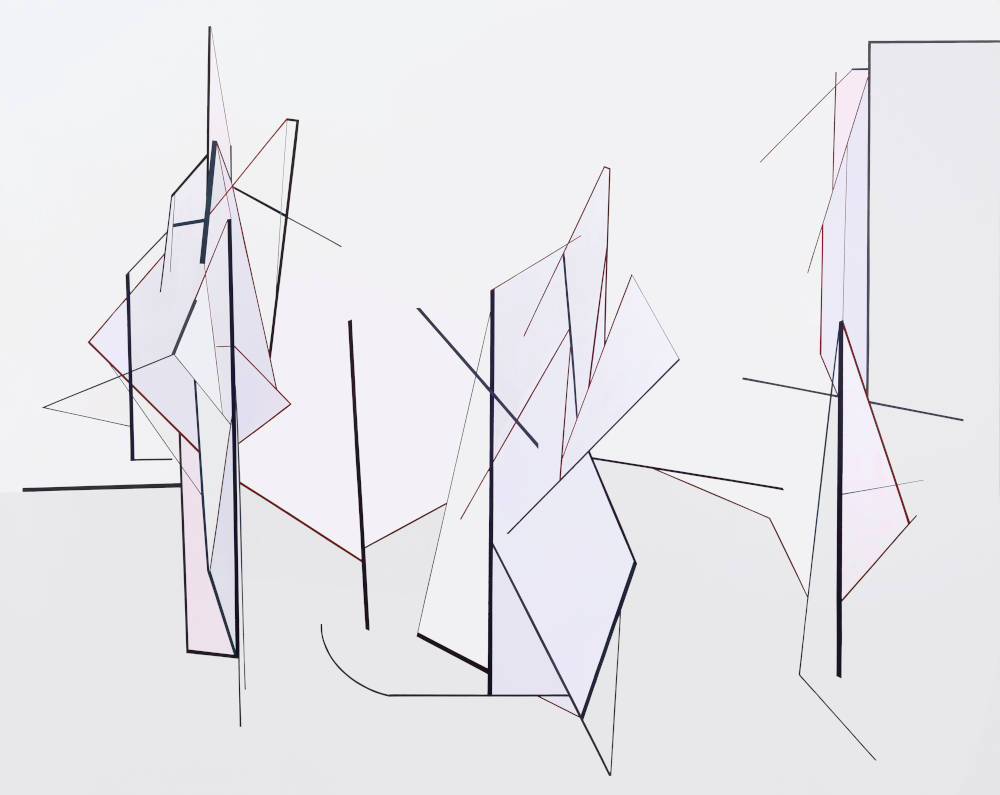 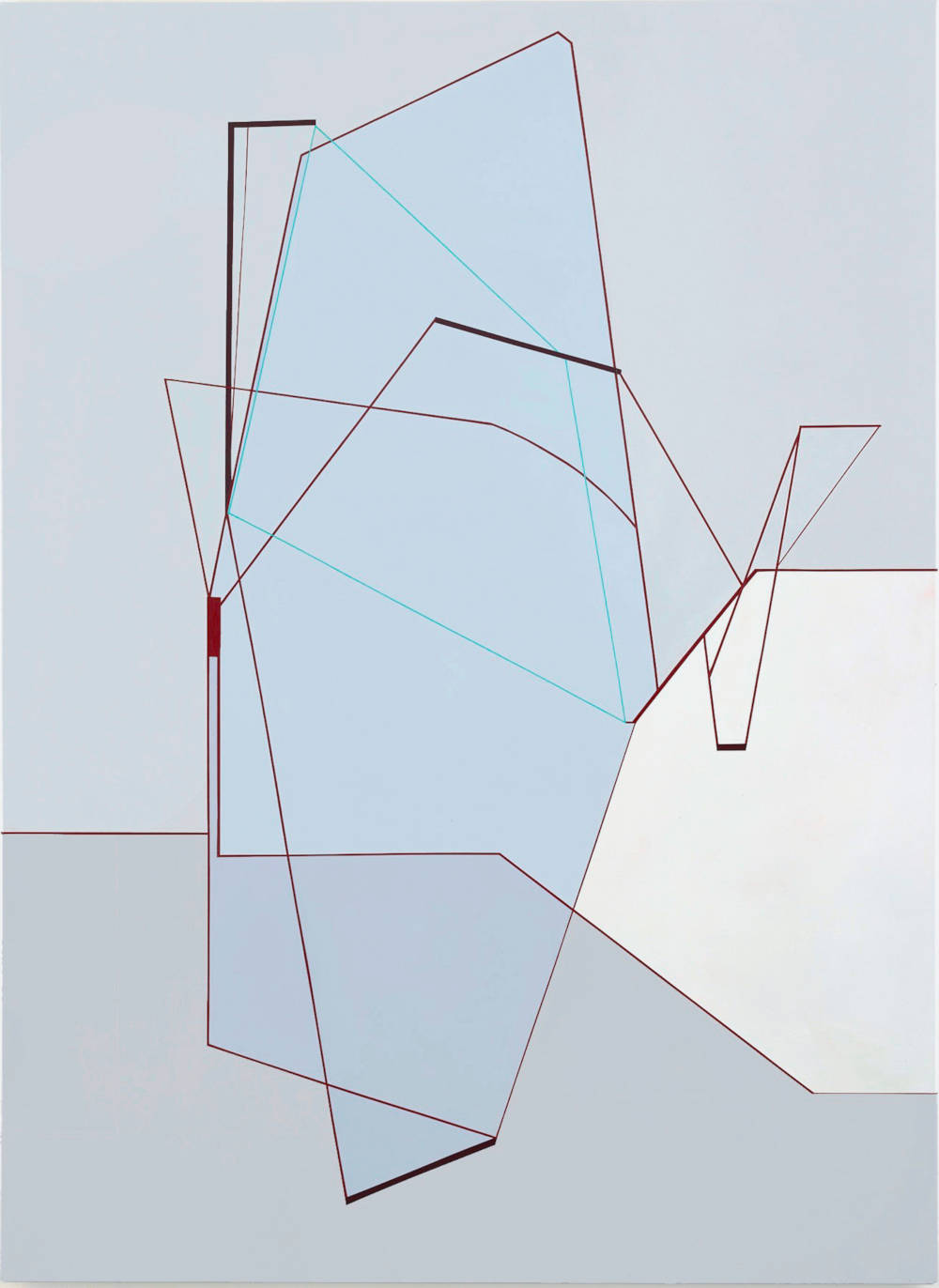 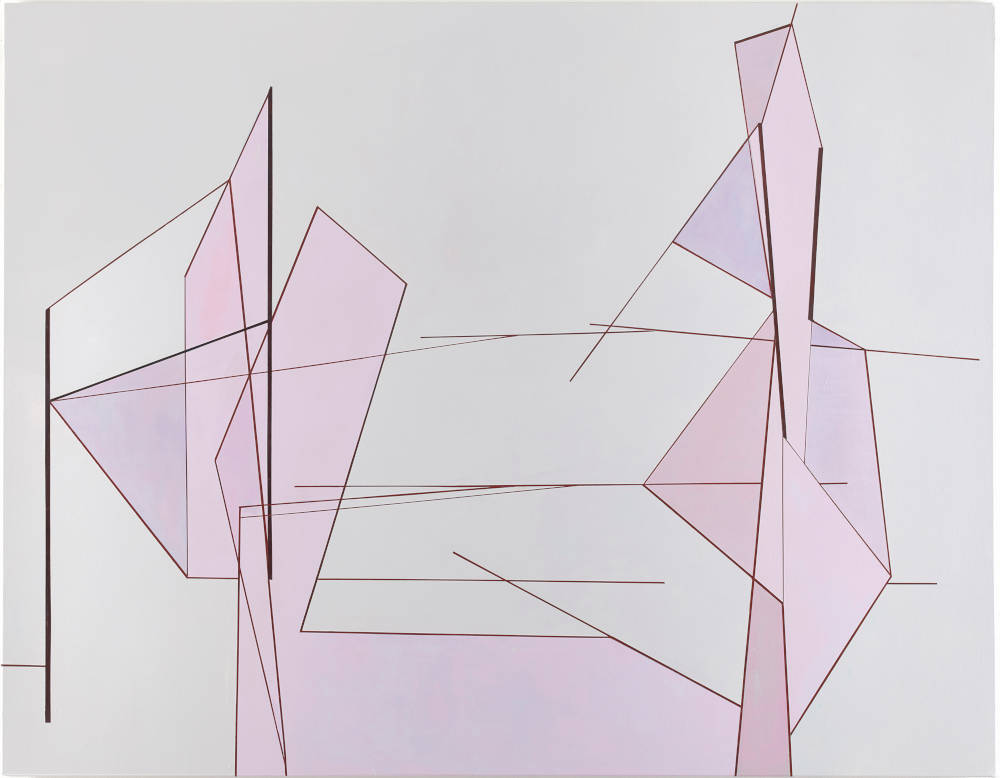 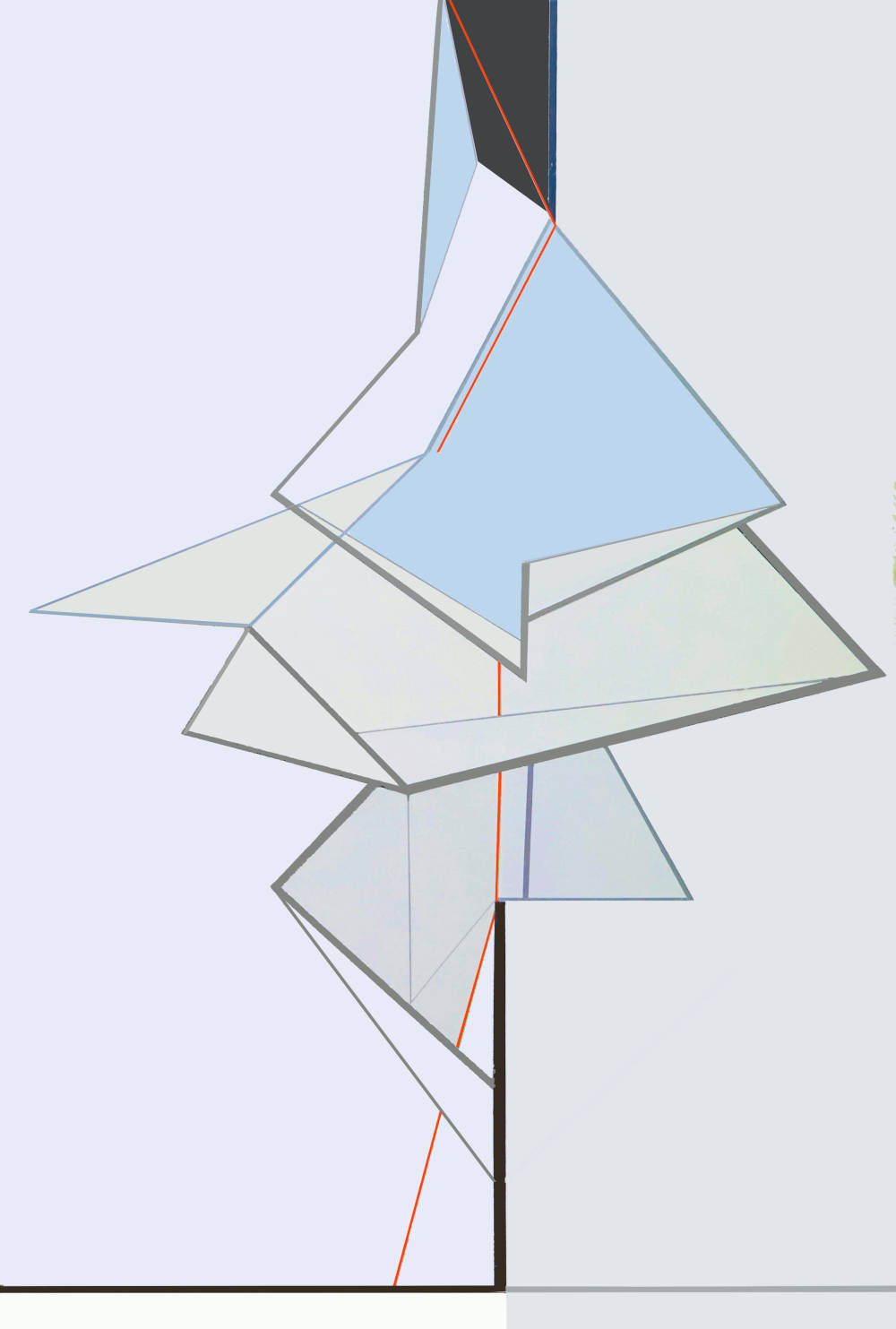 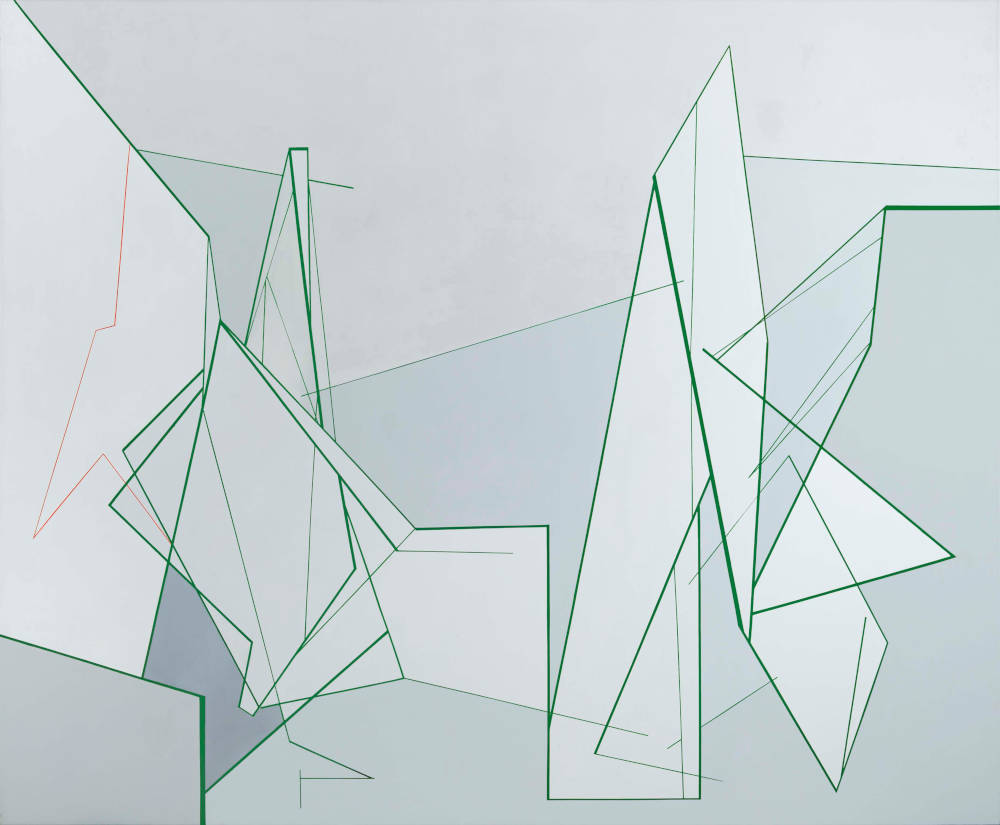 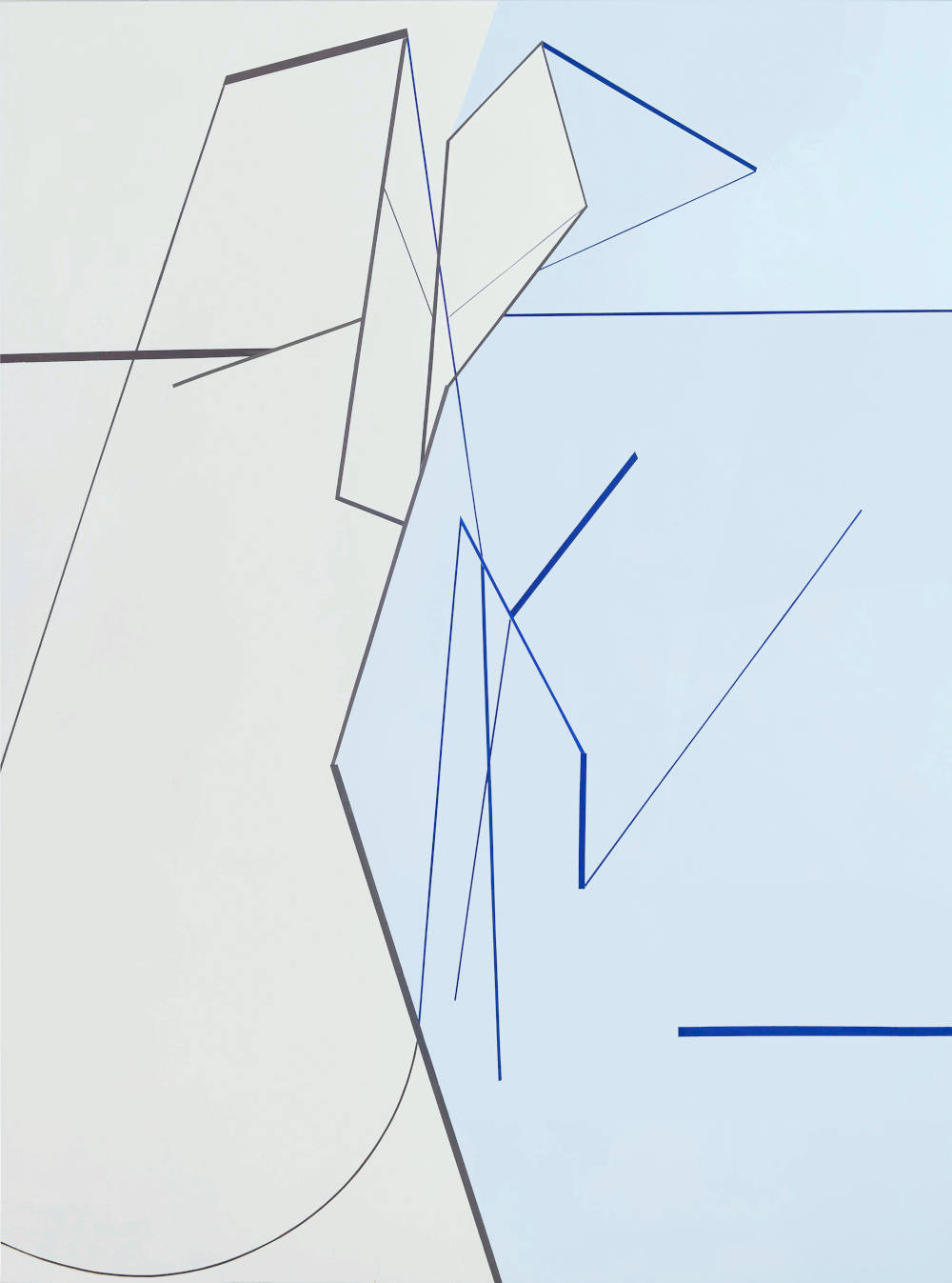 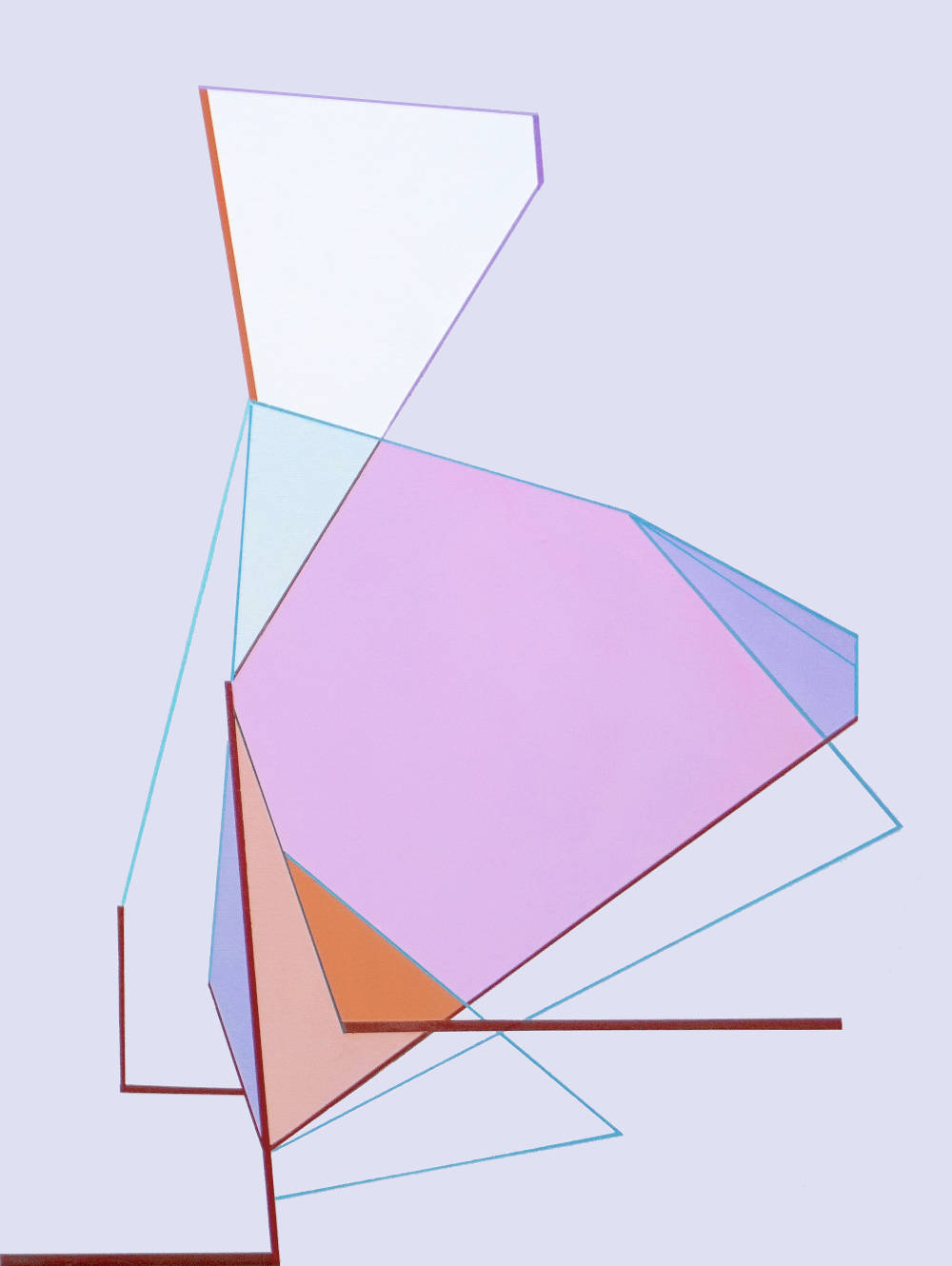 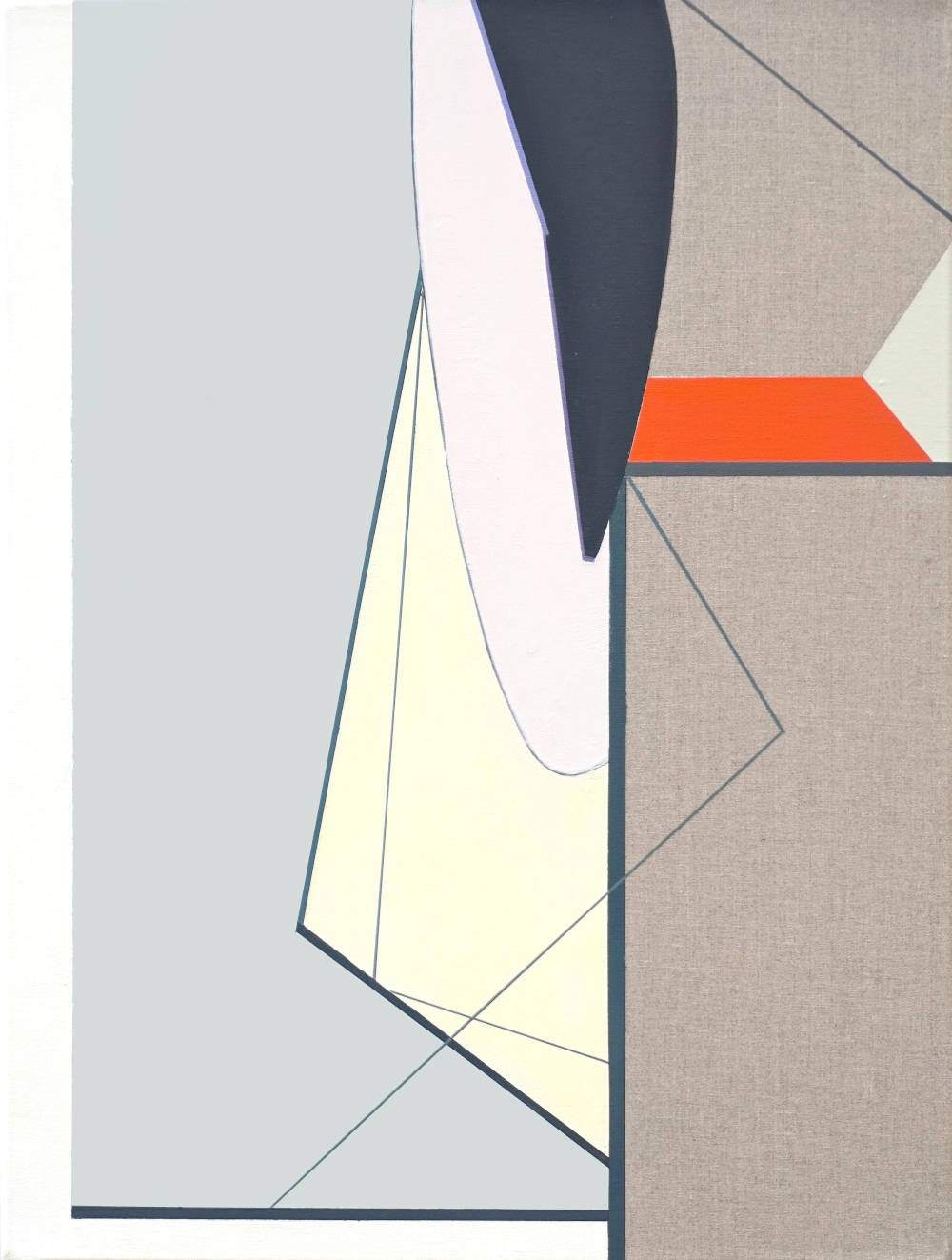 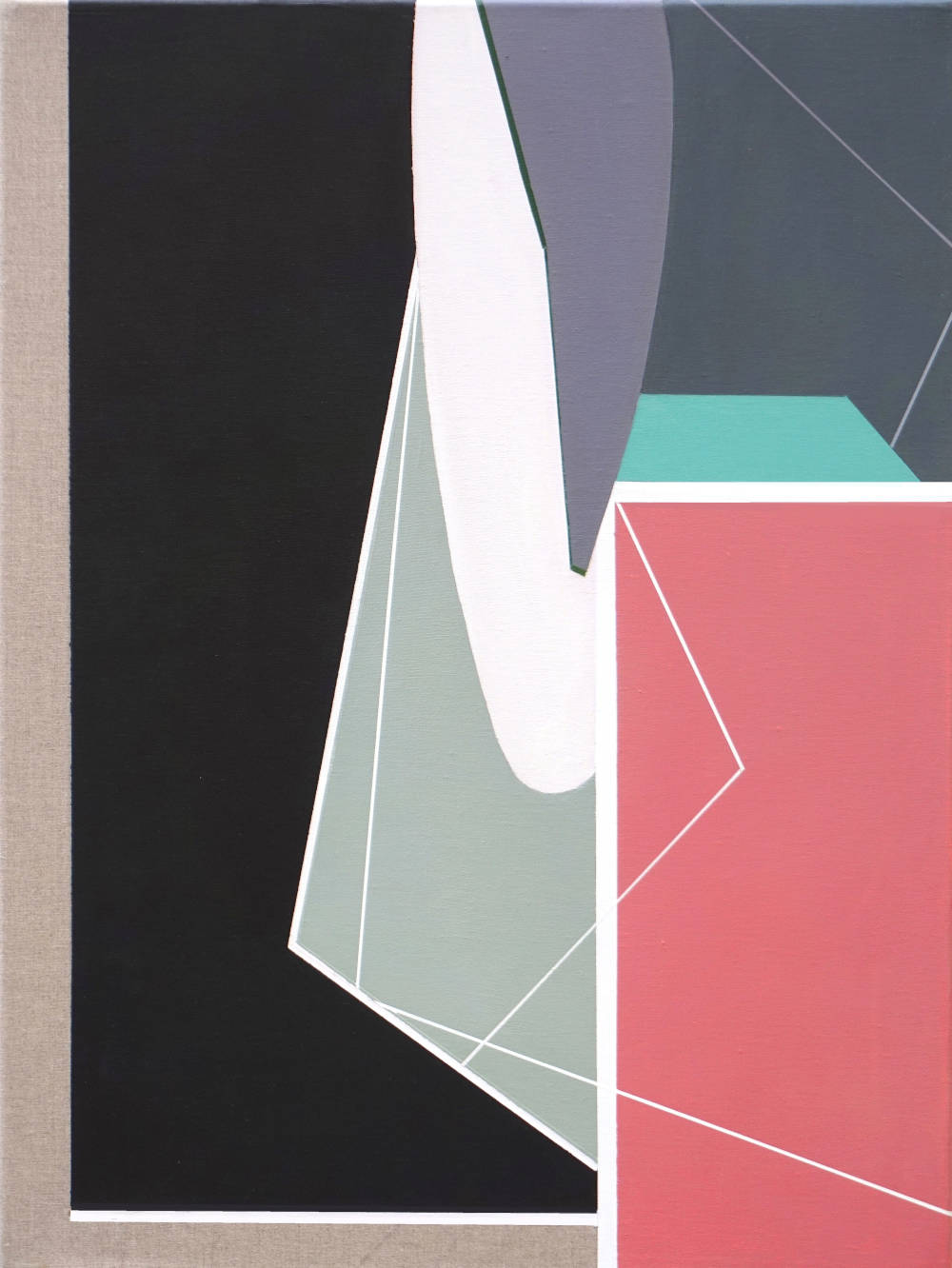 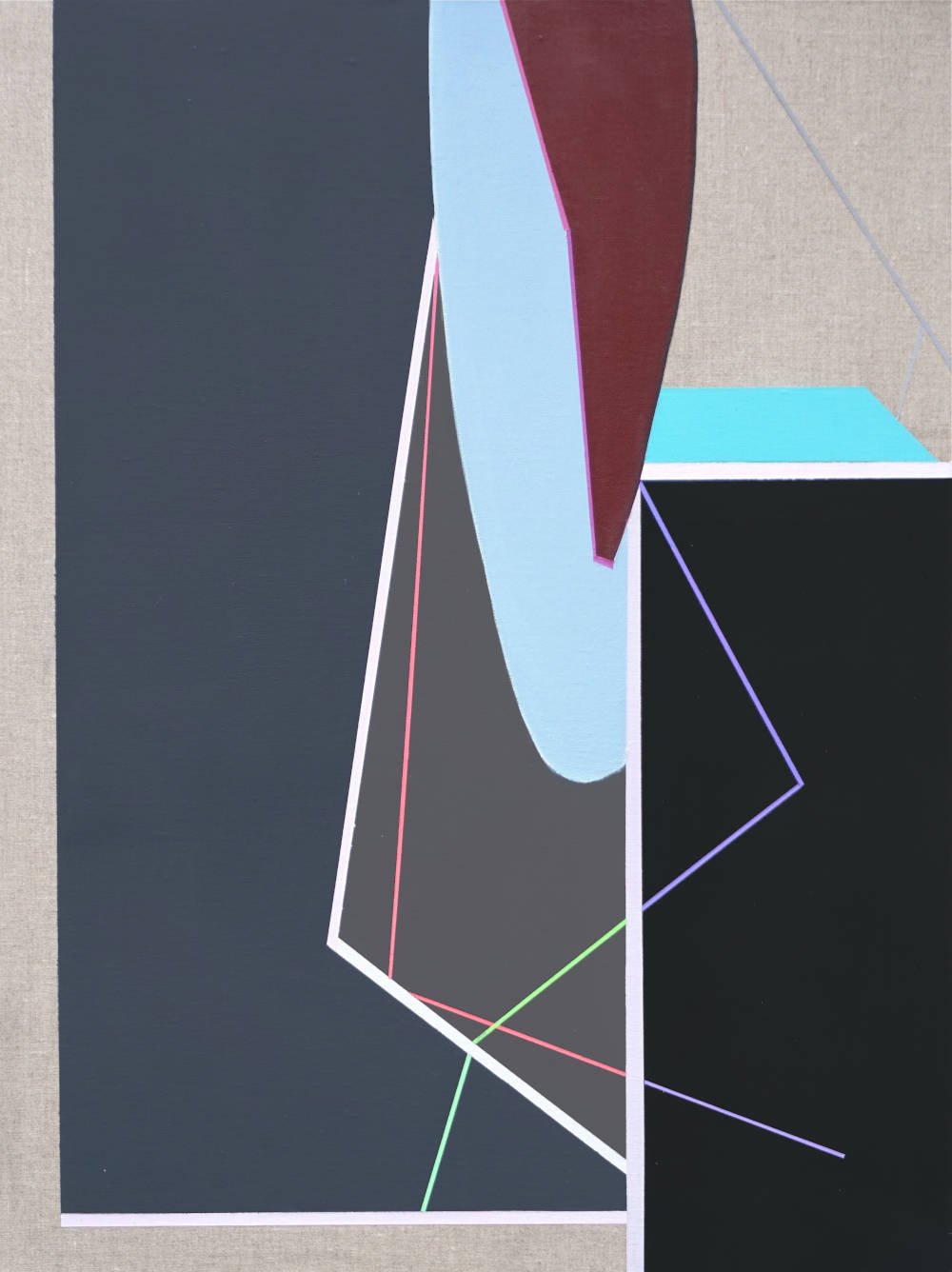 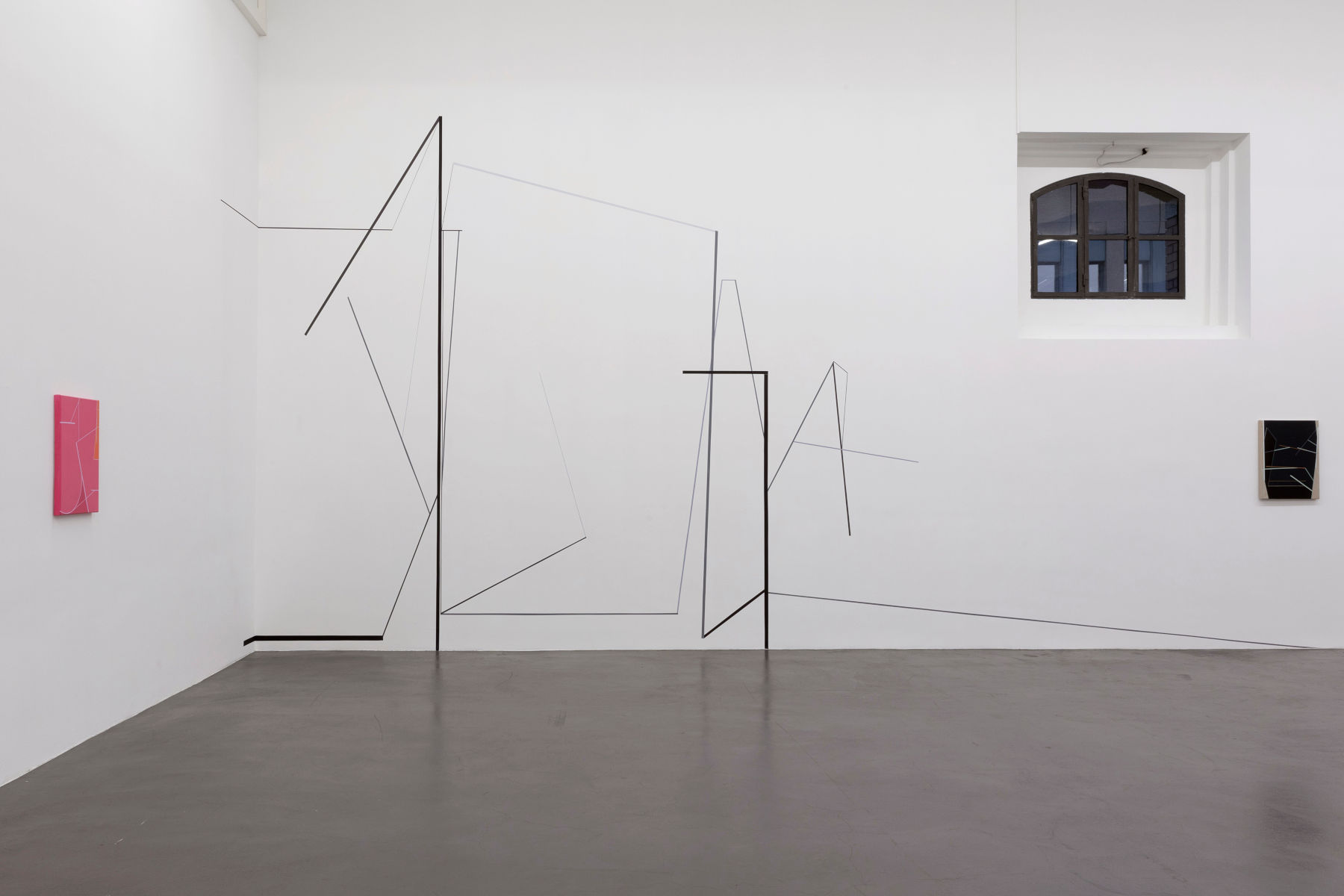 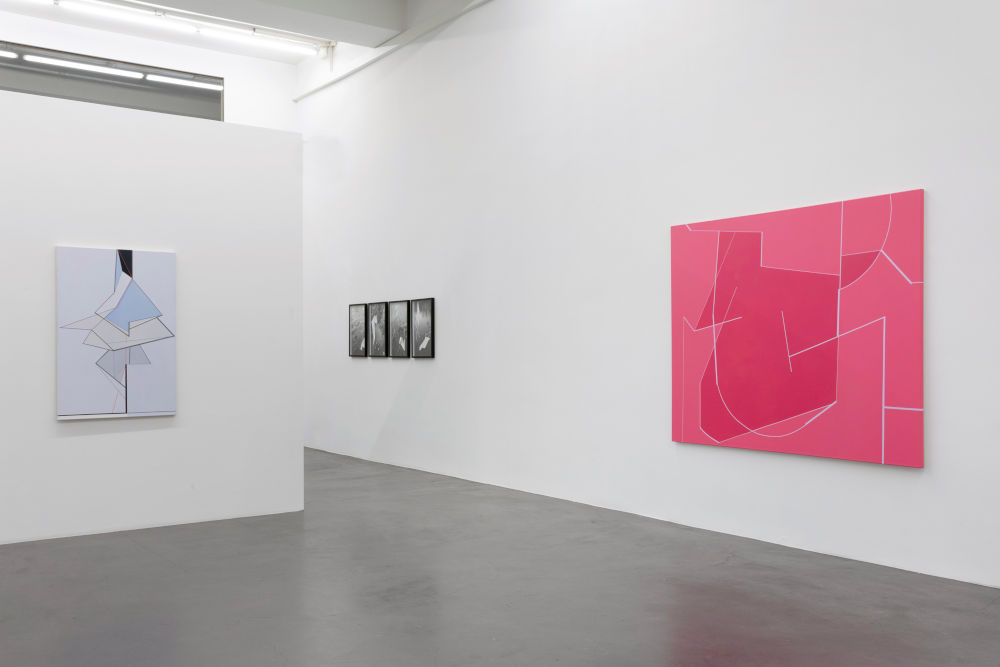 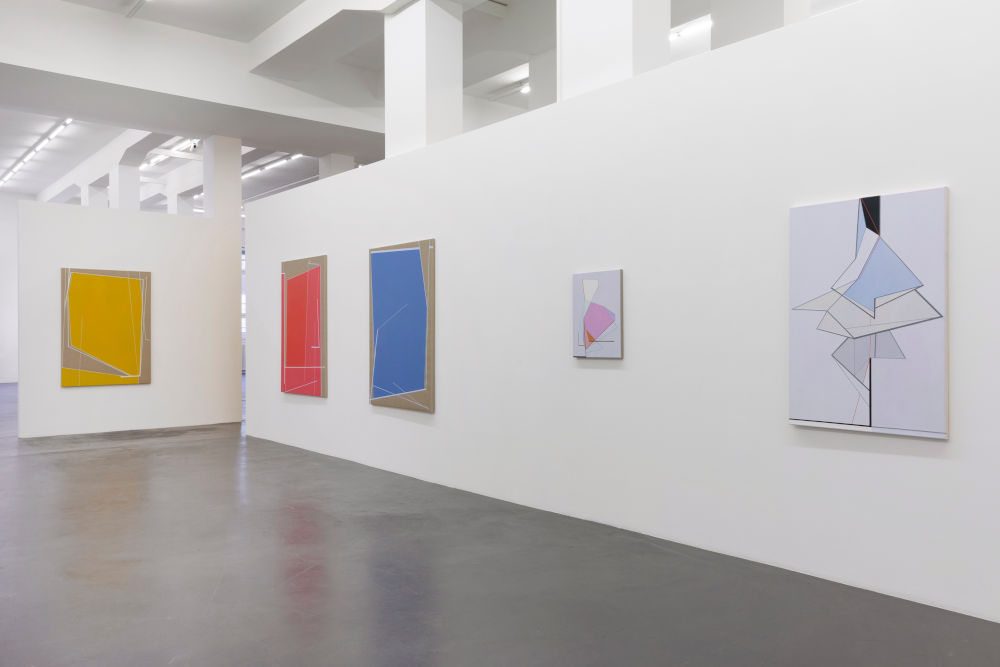 Borges is heir to various strands in the tradition of abstract art. The Brazilian Neo-Concrete Movement was a major influence during her time studying in Rio de Janeiro; of equal importance were the New York School and certain European artists of the 1950s and 1960s. Like many artists of her generation who work with abstraction and geometry, Borges feels no dogmatic commitment to purity of form and non-illusionistic space.

Spatial illusion and the flatness of shapes are in constant interplay in her oeuvre. Forms are not constructed out of purely pictorial elements. Borges is often inspired by seemingly random structures she chances upon in the urban environment, in nature or in the mass media. The range of her work is broad, both in its aesthetic and its content, encompassing historical allusions, perceptual experiments, discursive interrogations and purely subjective approaches.

Her most recent series of paintings and collages are based for the most part on photographs, but she reduces the representational valency of the objects depicted to a minimum. Borges borrows lines, shapes, compositional structures and juxtaposed surfaces to create something new. The interplay of lines and planes generates visual spaces that no longer resemble the photos that served as inspiration.

The abstract paintings in the series ‘Simulations’ are complex constructs of intertwining forms and outlines. Color highlights certain shapes and sets them apart from the ground, sometimes evoking comic figures or futurist architecture. Depth and volume result from the folding, layering, superimposition and rotation of surfaces – or, as Borges puts it, from “the folding of moving surfaces”.

In the series ‘Windows’ Borges deploys but a few intersecting light-colored lines to create frameworks that find articulation through finely coordinated hues of red, yellow, blue and grey. Arch-like shapes appear to float on the unpainted canvas. It is as if one were looking through a telescope: the pictorial space seems to contract and become denser.

In the expansive mural Borges has created for one particular wall in the Kogan Amaro Gallery, she seeks to generate a dynamic spatiality simply through the power of the line. Modulating the breadth, density and tension of the line, she creates highly charged interior and exterior surfaces.

The Brazilian artist Isabelle Borges was born in Salvador in 1966 and has lived and worked in Berlin since 1997. After studying social sciences in Brasilia, she went to art school in Rio de Janeiro and Düsseldorf. She has had a number of solo exhibitions in Europe and Brazil. Venues include the Brazilian Museum of Sculpture MUBE in São Paulo (2013) and the Museum of the Republic in Rio (2000). Works by Borges are on show at the Oscar Niemeyer Museum as part of the 14th Curitiba International Biennial of Contemporary Art (2019-2020). She is also represented in many important institutional and private collections in Brazil and Germany.

Courtesy of the artist and Kogan Amaro, Zürich

Isabelle Borges: Textures of Reality @galeriakoganamaro Zürich Borges explores patterns and structures she encounters in the visible world - her main focus is on the geometry of the spaces between things and the resulting spatial dynamics click the link in our bio for more #mustsee #IsabelleBorges #KoganAmaro #GaleriaKoganAmaro #Zurich #gallery #exhibition #art #painting #abstract #geometry #contemporaryart #modernart #seemoreart #GalleriesNow #lifestyle #ID17383