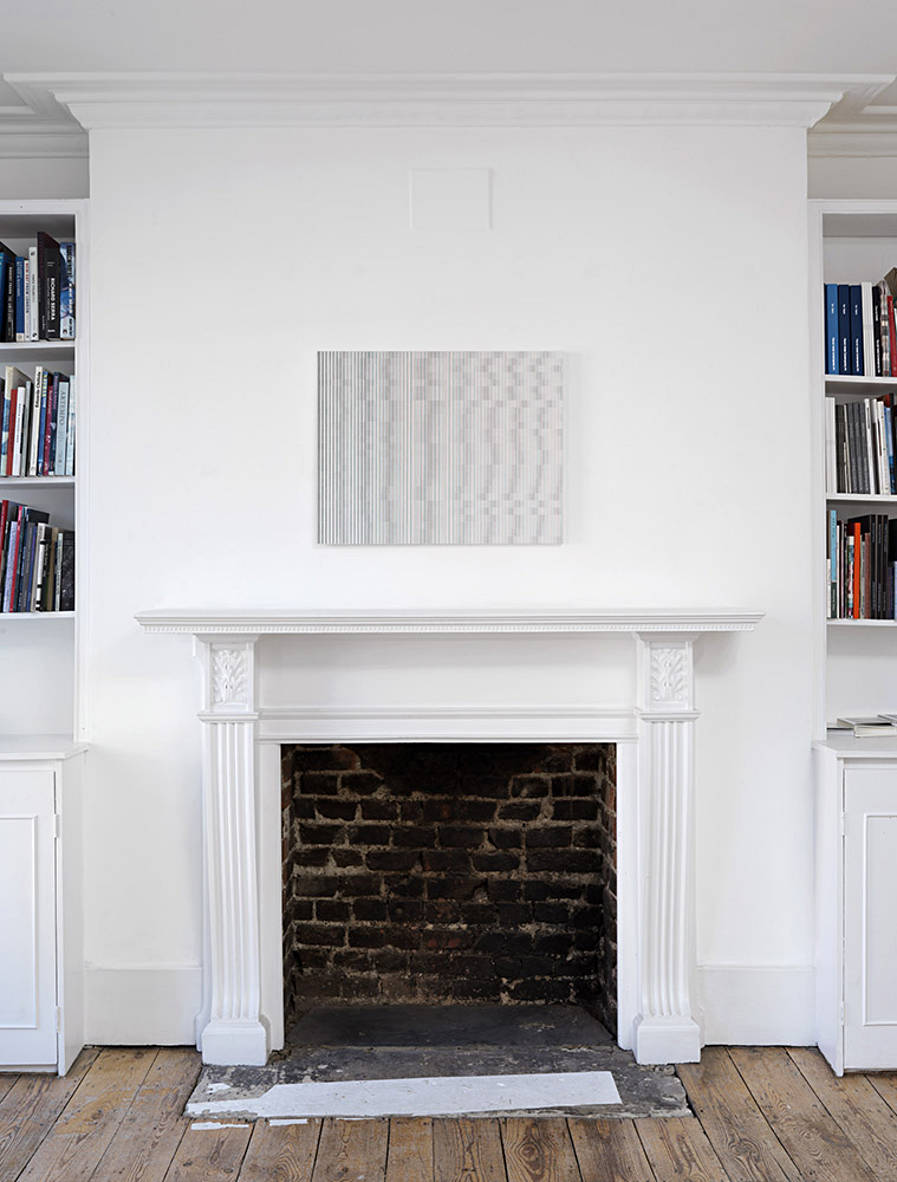 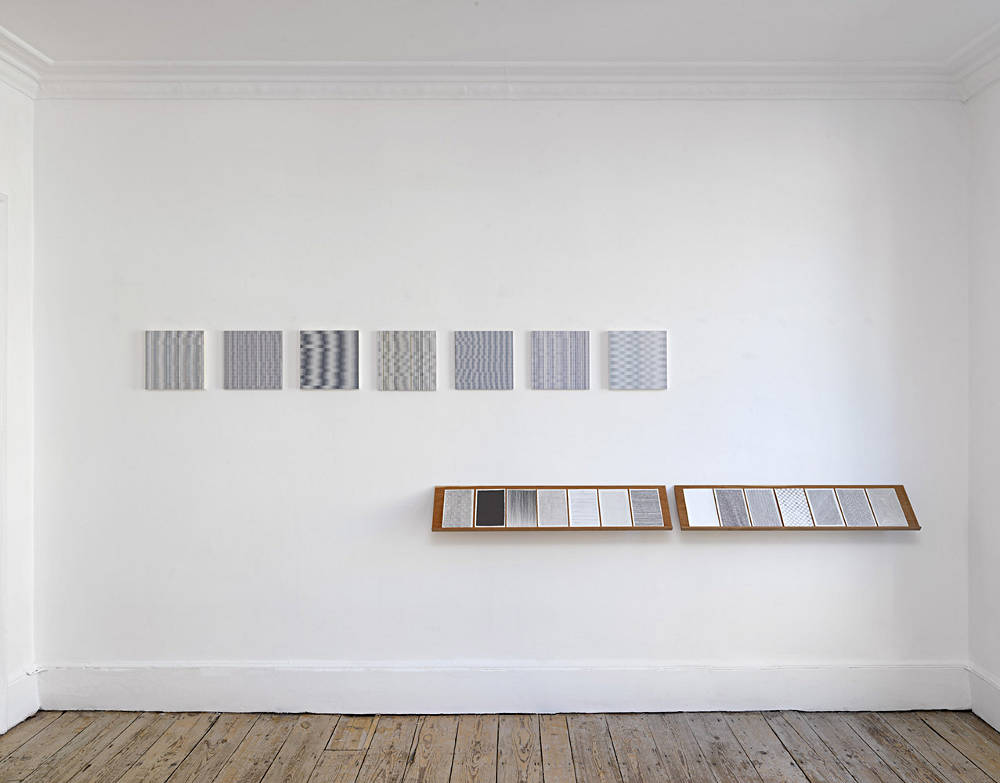 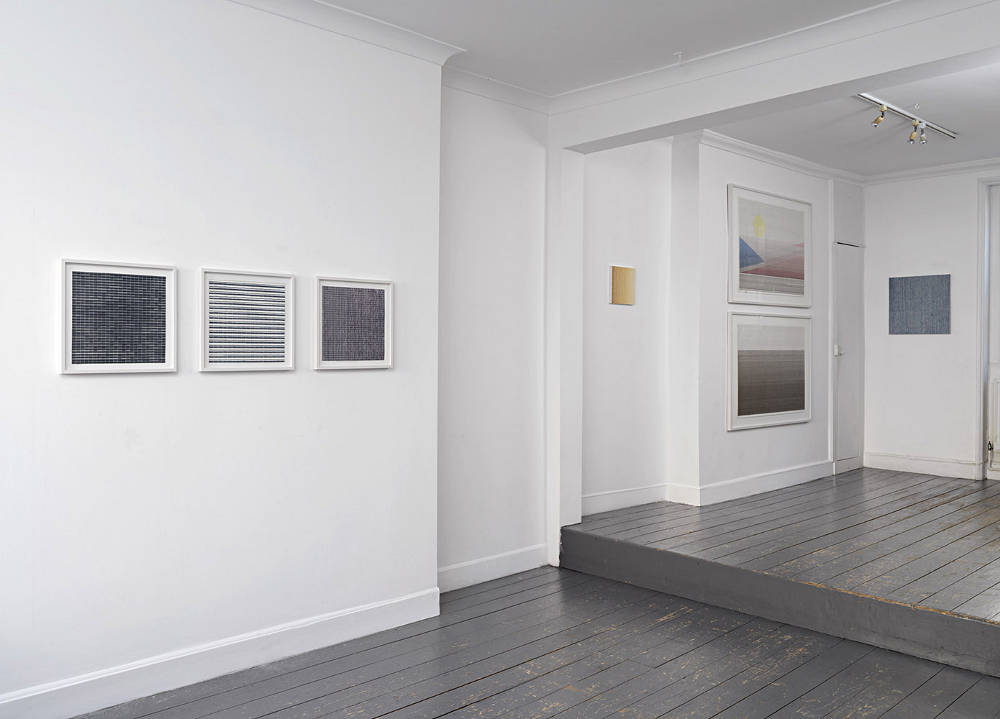 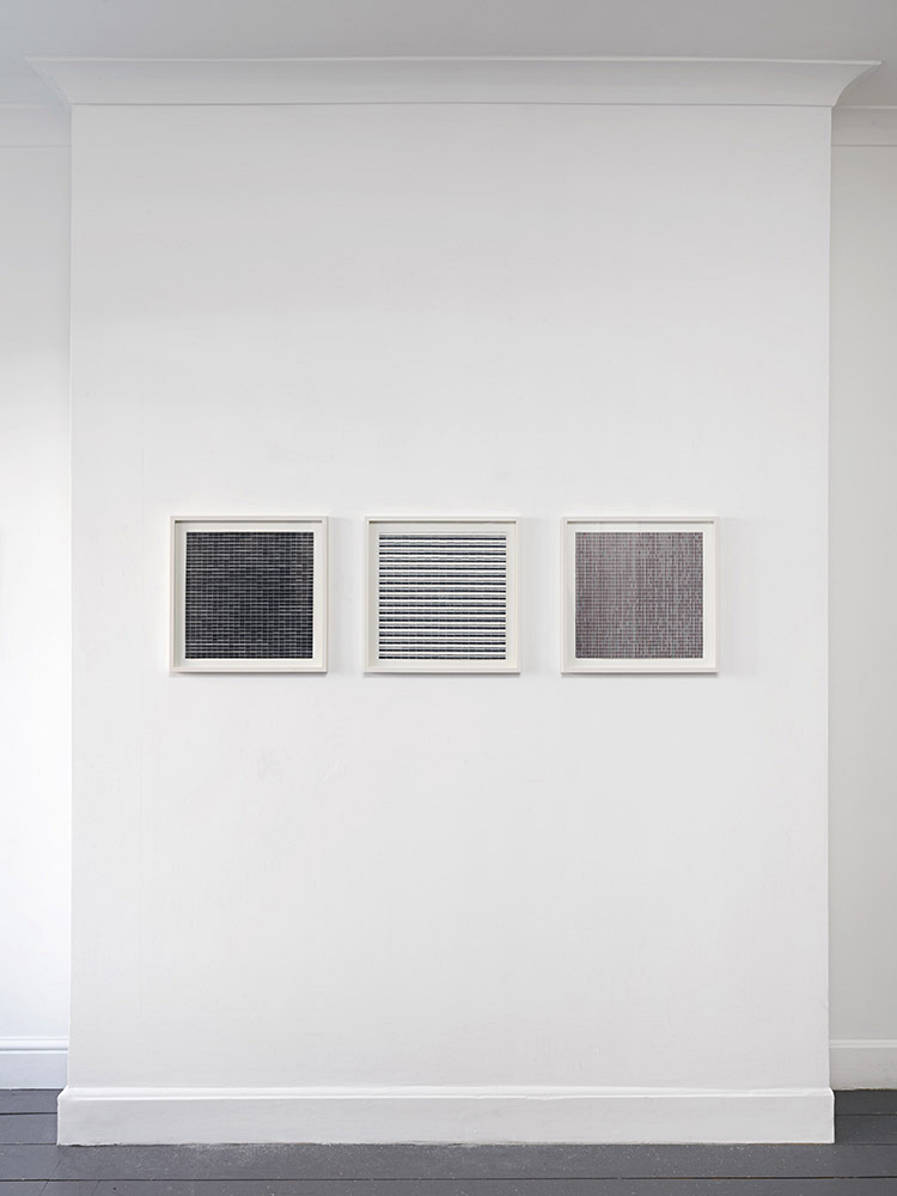 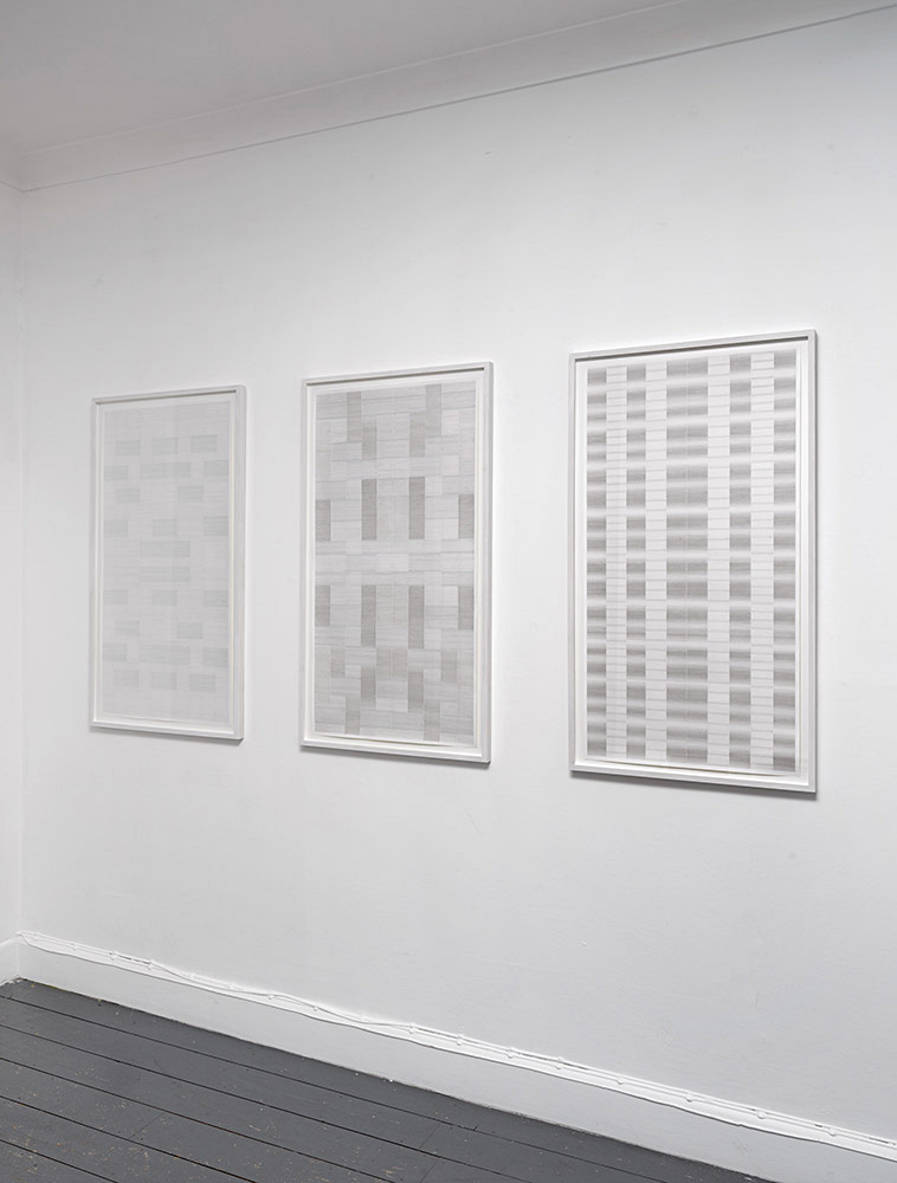 A survey of her diverse oeuvre and a retrospective insight into her artistic approach. The exhibition focuses on Albrecht’s small format drawings, which demonstrate the artist’s engagement with systems and repetition and make the origination process of her preferred forms and patterns transparent. These are shown along paintings and drawings from her Progression Series.

Isabel Albrecht’s works are persistently formal, elaborate und comprehensively designed. Each composition follows their inner logic, however the connecting element is the line, which can be considered the fundamental principle underlying the creative process. Individually applied and executed in ink, graphite, paint or watercolour, the lines vary in thickness, application and number. Horizontal and vertical patterns in descending or ascending colour progressions, from dark grey to light grey, green, red and blue, the resulting textures rank from minimal and delicate to dense and flickering, from clearly distinguished lines to very fine structures where one line passes into another without transition.

The artist draws and paints her lines freehand, letting a human aspect slip into her system. The convergence though is totally on form, technique and work process. Colour becomes all the more important as it supports the works’ idiosyncrasy and is specifically applied to provoke feelings that might contrast the rational planning. In that, Albrecht’s structured compositions with self-imposed rules readily join the art historical canon of conceptual art as it developed since the 1960s. The works from her Progression Series are good examples for the artist’s employment of repetition and rhythm. The abstract paintings are composed of grouped vertical lines from dark to brighter or bright to darker colour shades. These groups, or episodes are then repeated horizontally across the canvas until a previously prescribed iteration is reached. The works influence each other. In some cases, progressions can even continue over a whole series of works.

Despite her systematic approach, the artist’s point of origin is a phenomenological recording of the world in which reality consists of objects and events as they are perceived or understood in human consciousness. Amongst other things, her fascination for Modernist architecture since Bauhaus and similar movements can be seen as a source of inspiration. Likewise Albrecht understands her art as the result of a conscious experience.

Due to their abstract nature and the subordination to structure and a minimalist vocabulary, Albrecht’s works are sought to engage rather than merely inform, and so inevitably, the viewer is invited to react emotionally. The works are intimate and discreet yet distanced and almost philosophical at the same time. We are faced with an expanded space of delicate structures and calm compositions that allow us to get lost within.

Isabel Albrecht (lived 1968 – 2013 in Frankfurt/Main) held degrees from Camberwell and Royal College of Art, London and recently had two posthumous survey exhibitions at Basis e.V., Frankfurt am Main in 2016 and Kunsthalle Lingen in 2017.