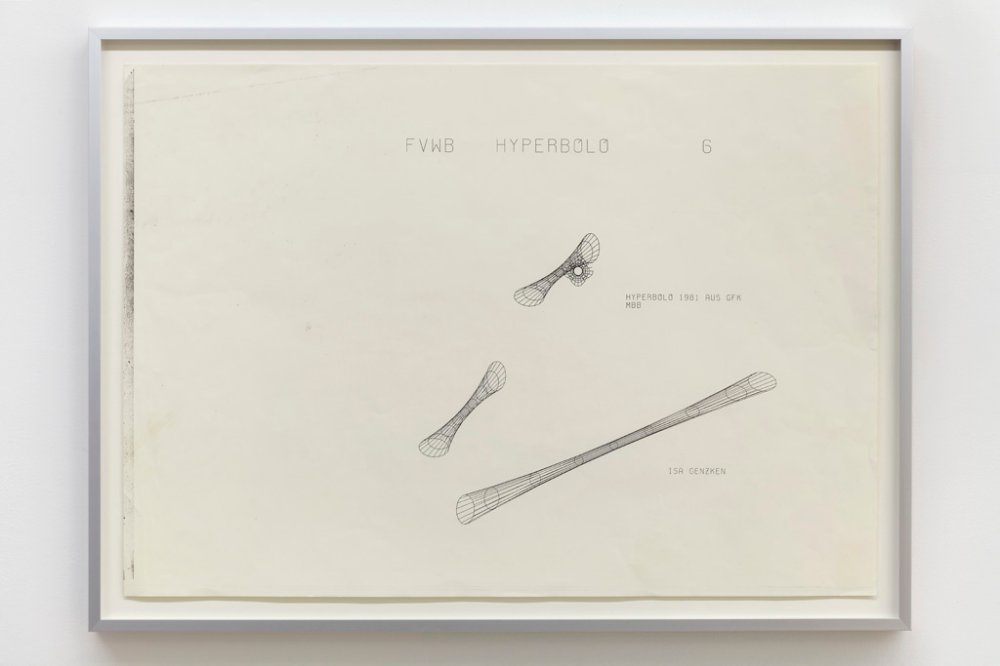 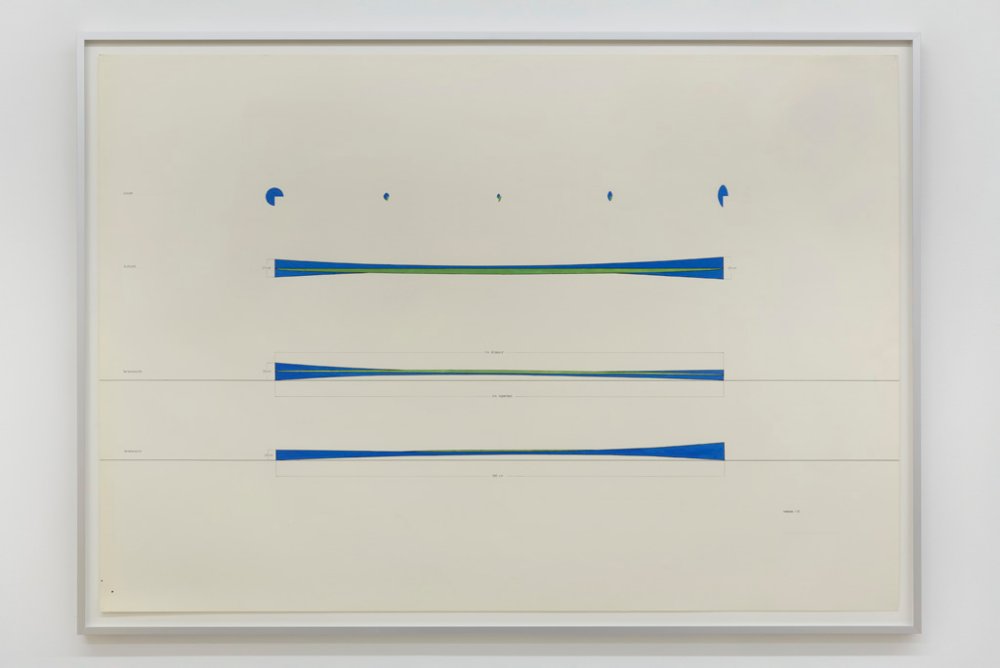 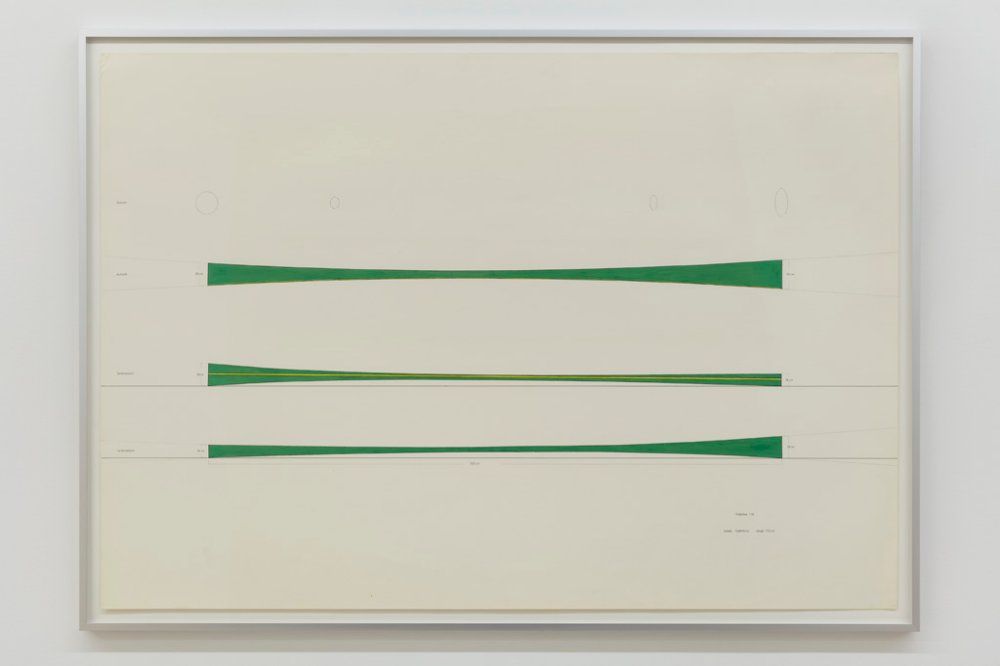 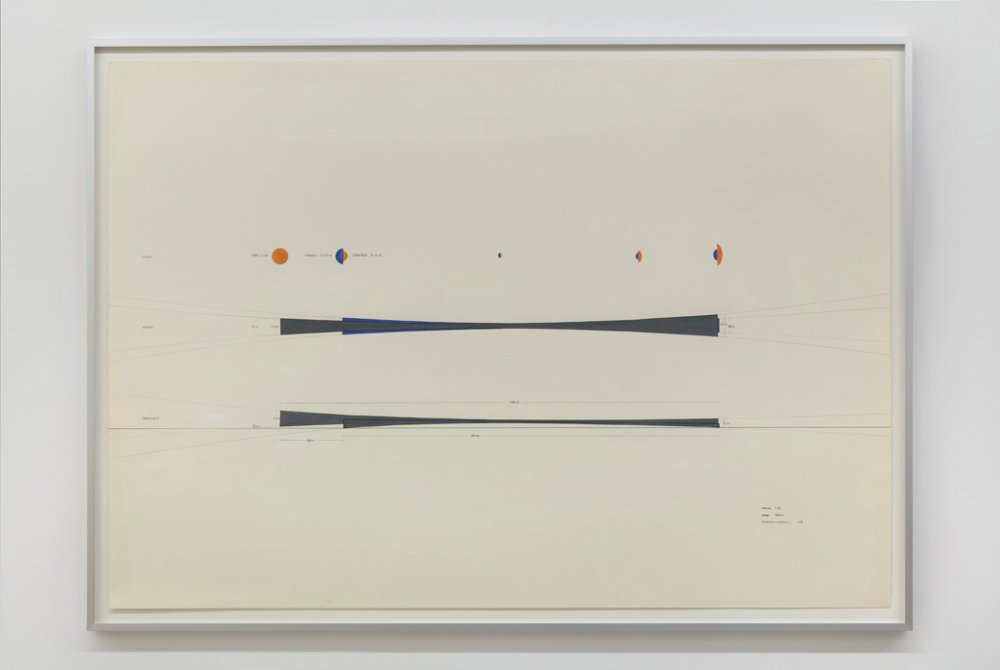 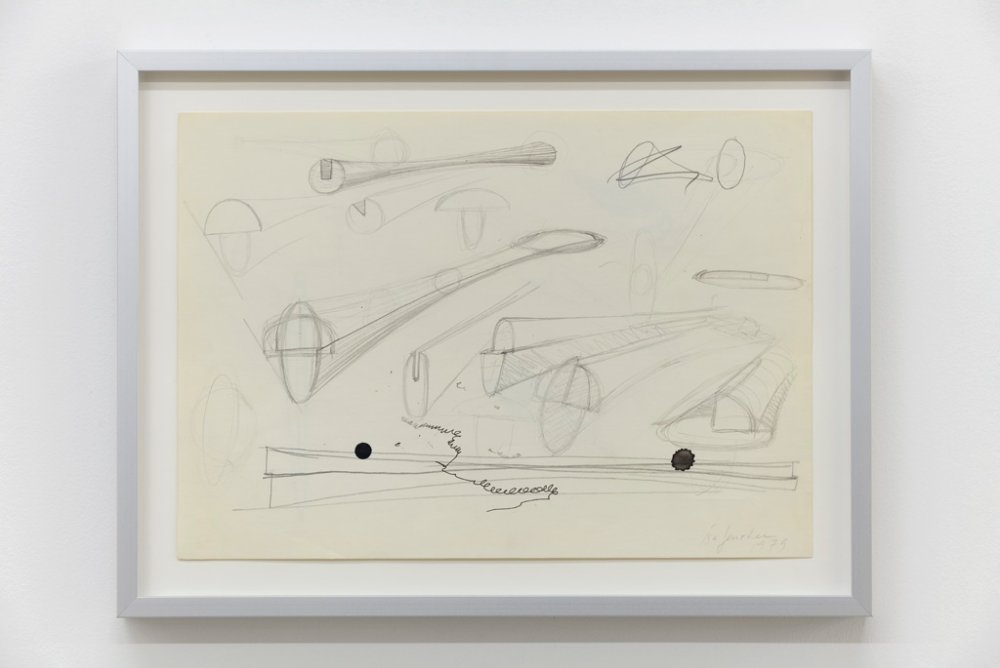 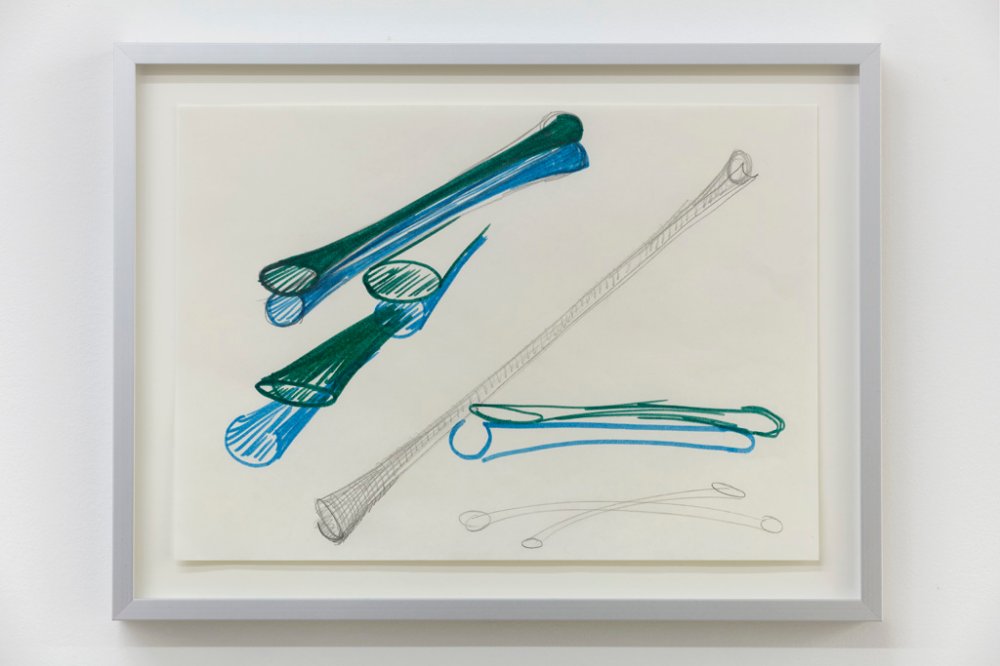 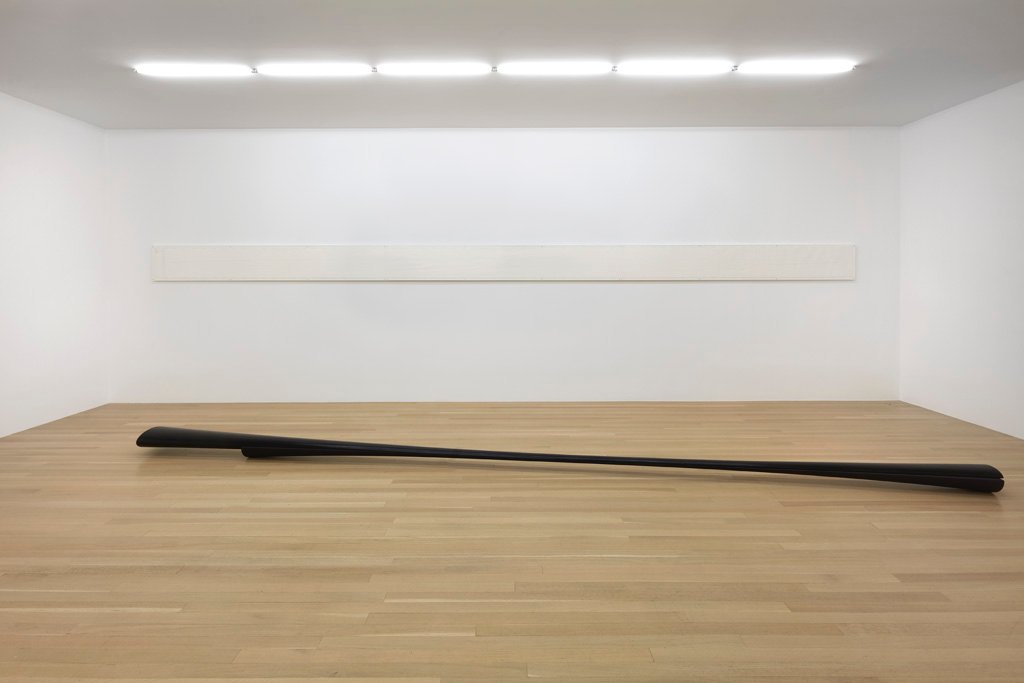 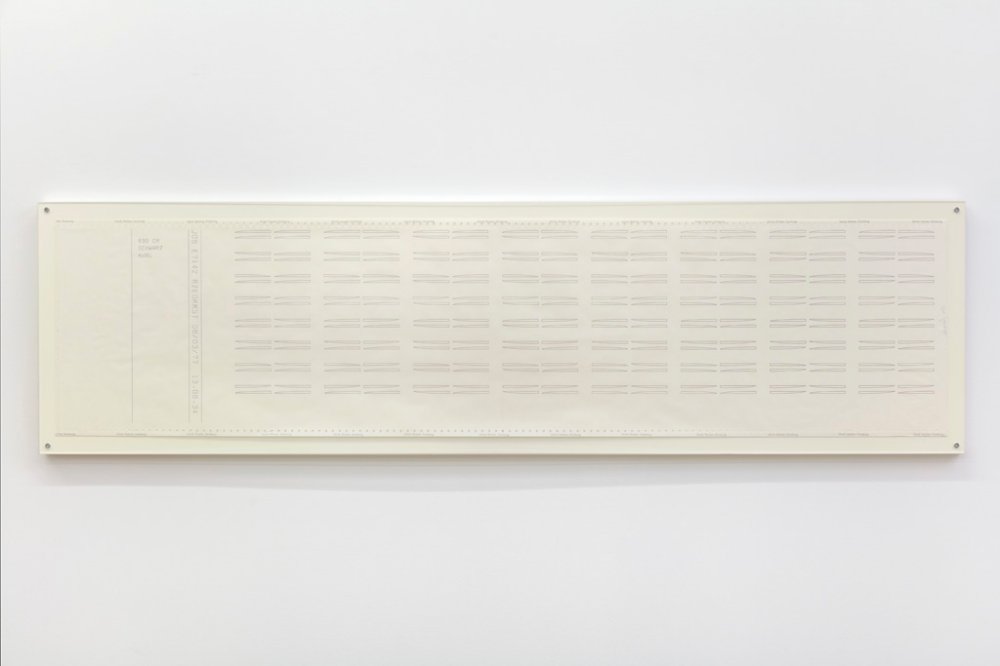 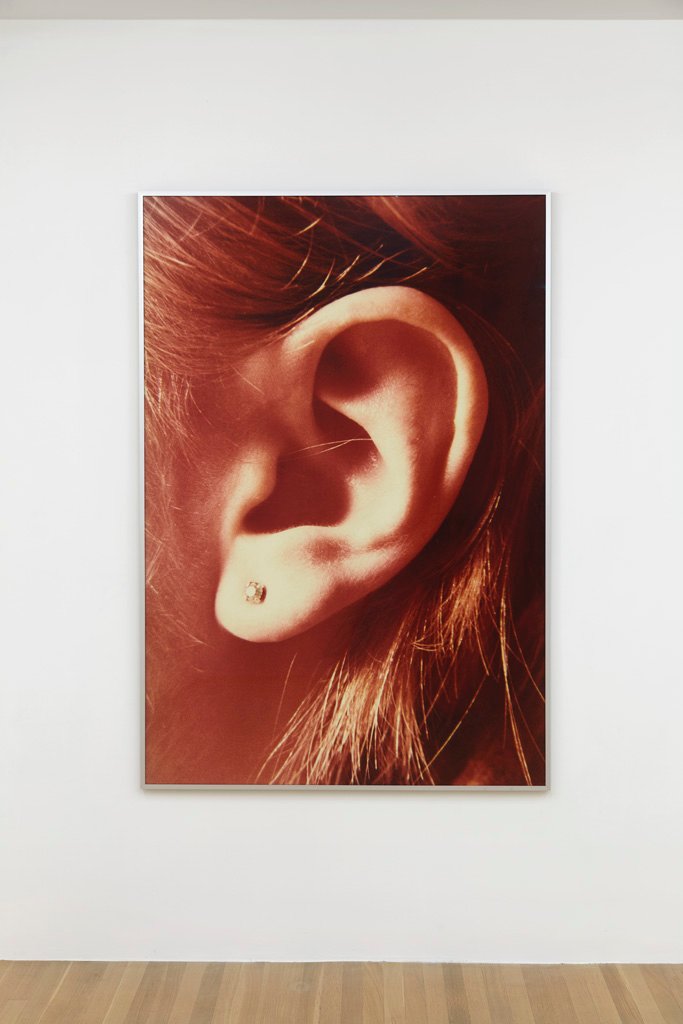 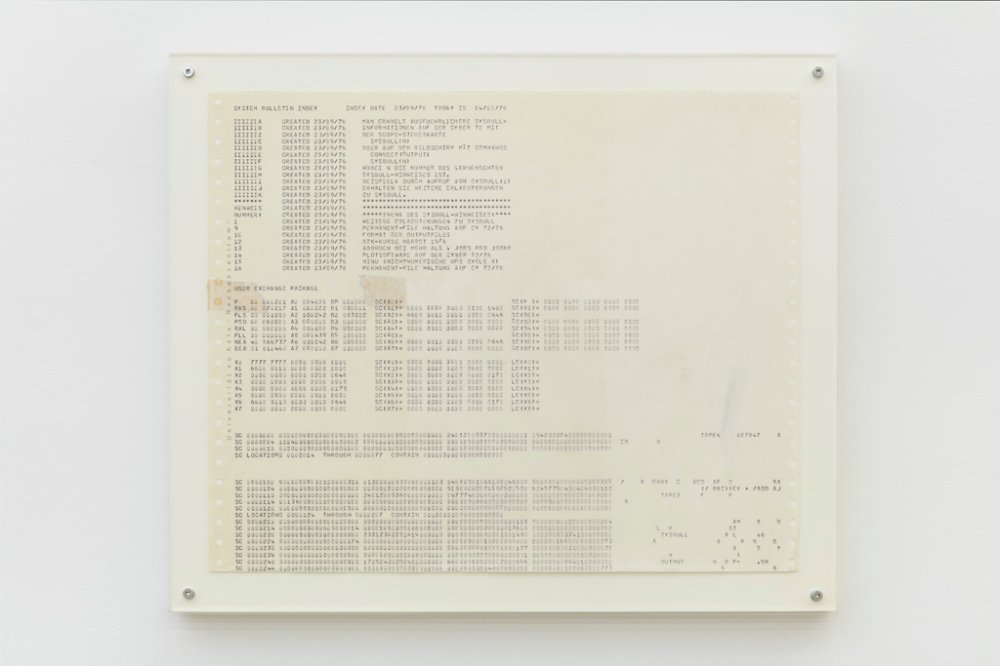 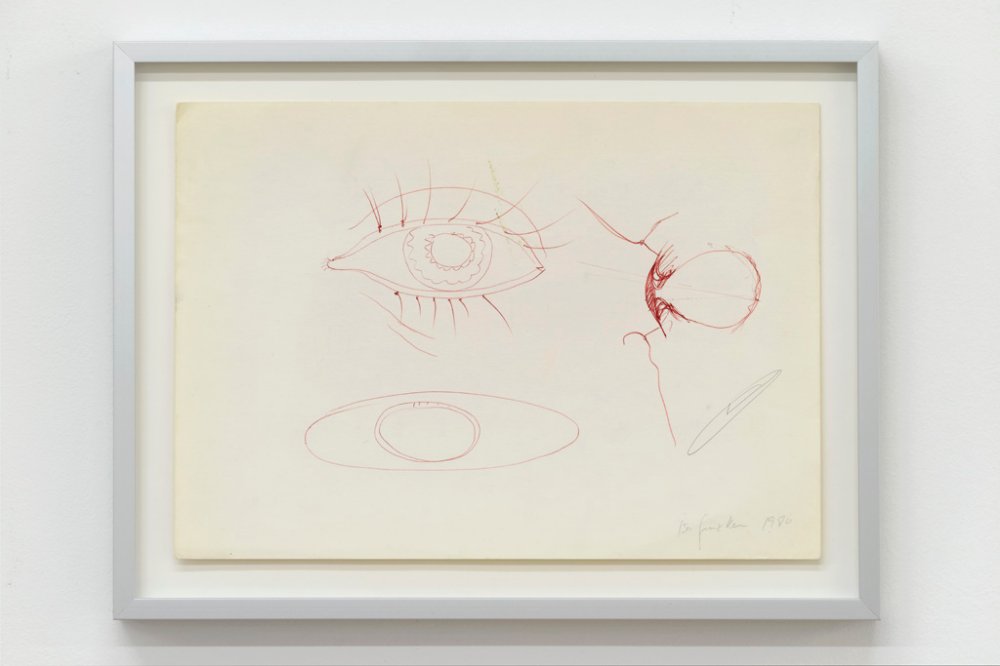 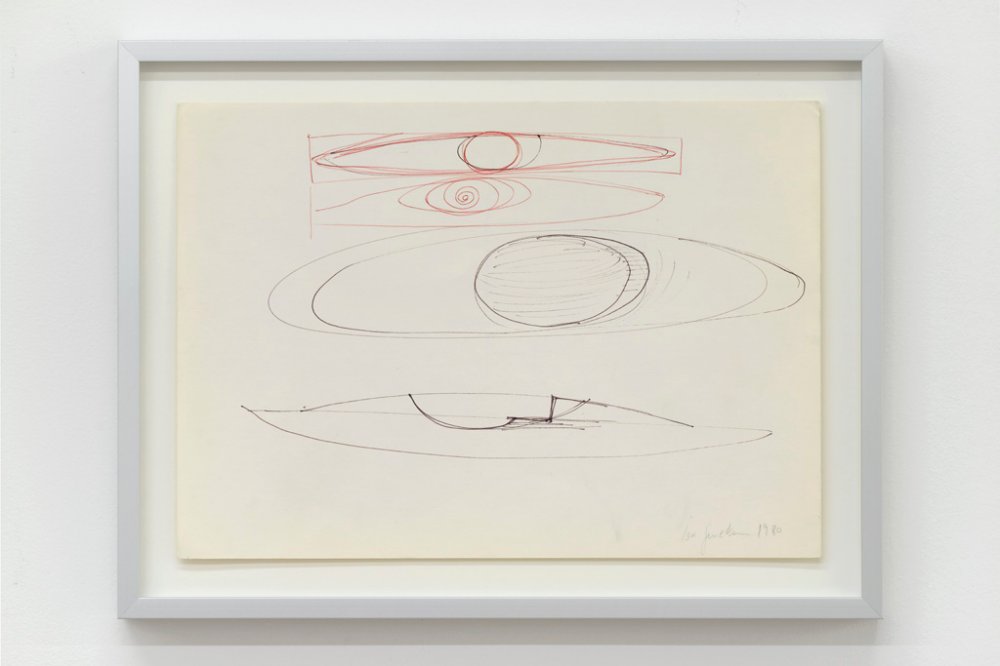 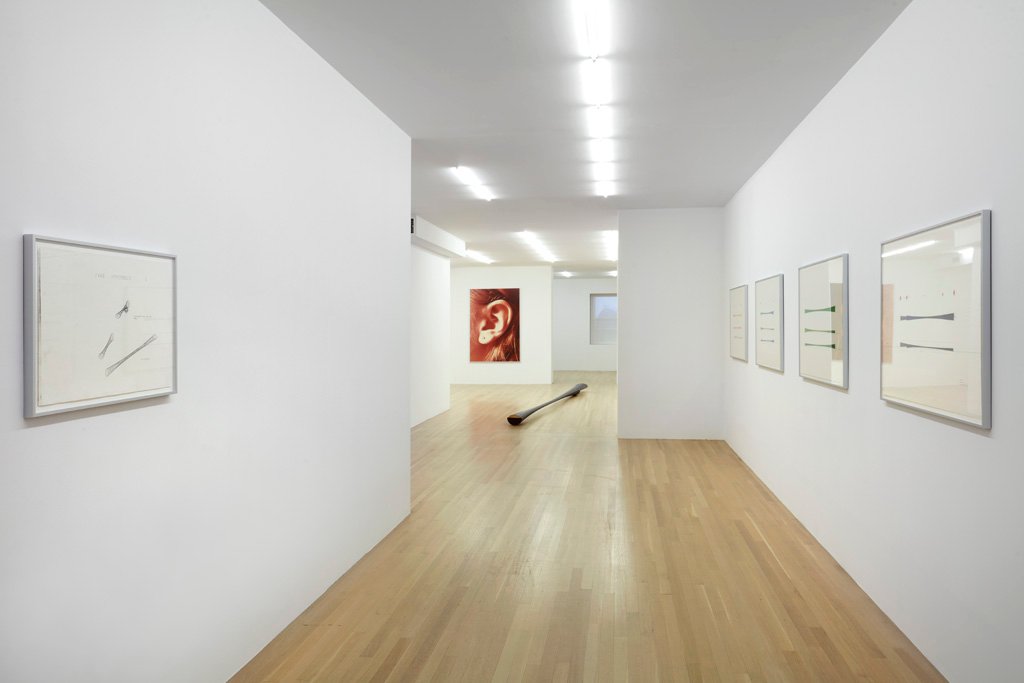 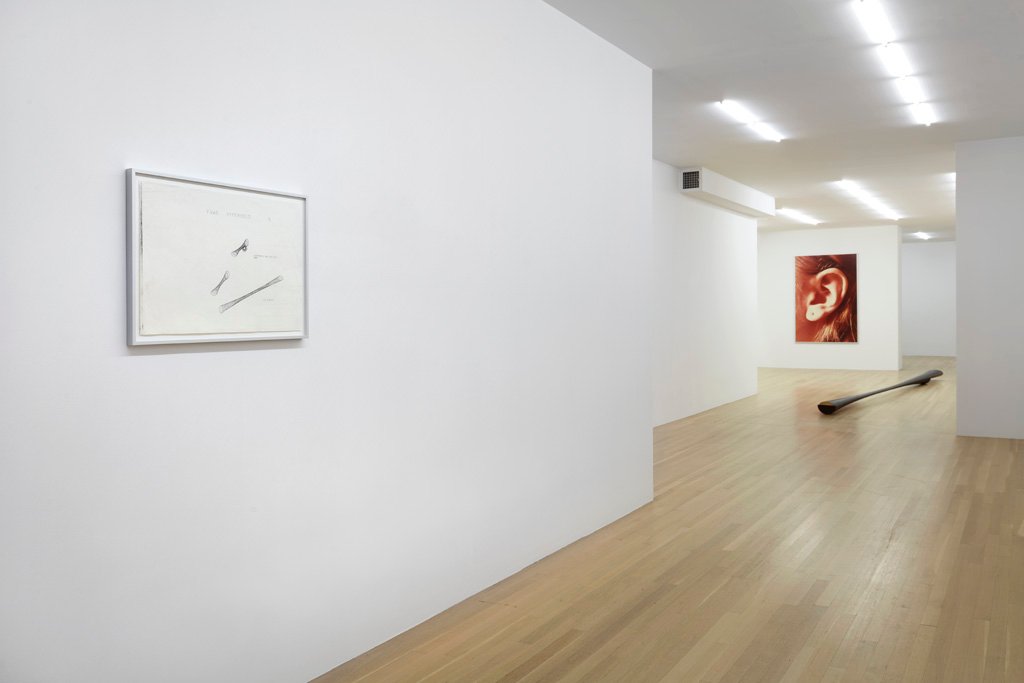 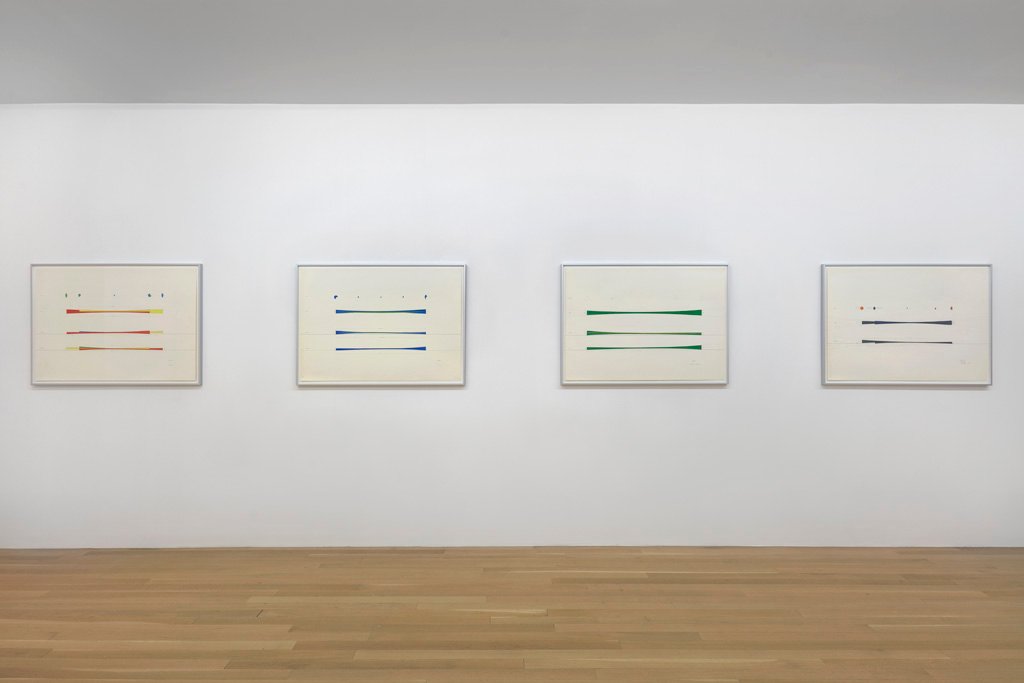 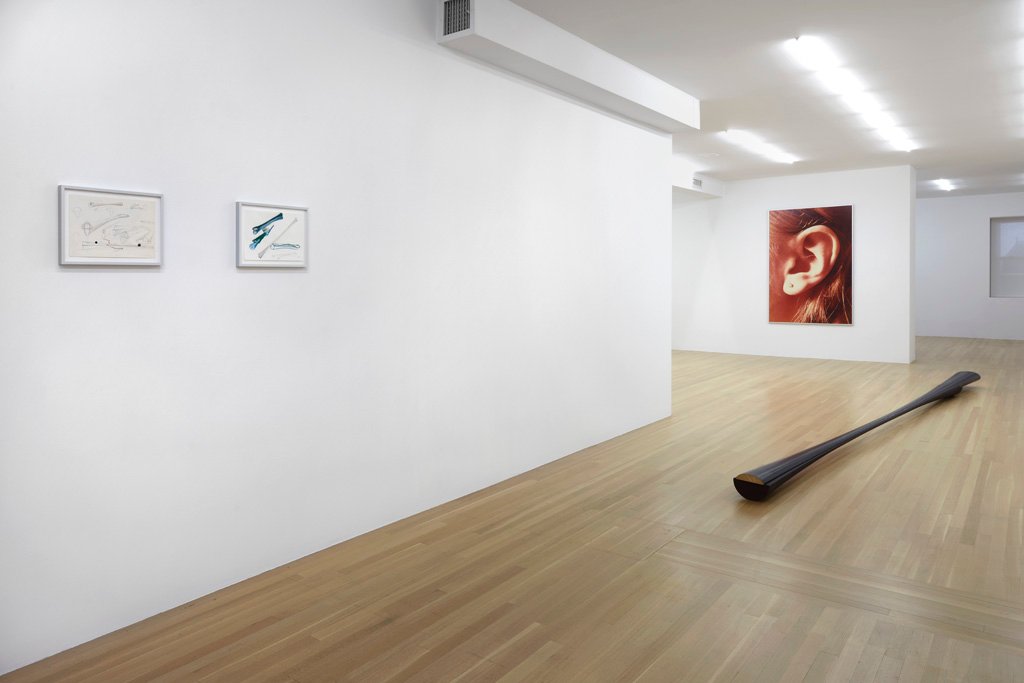 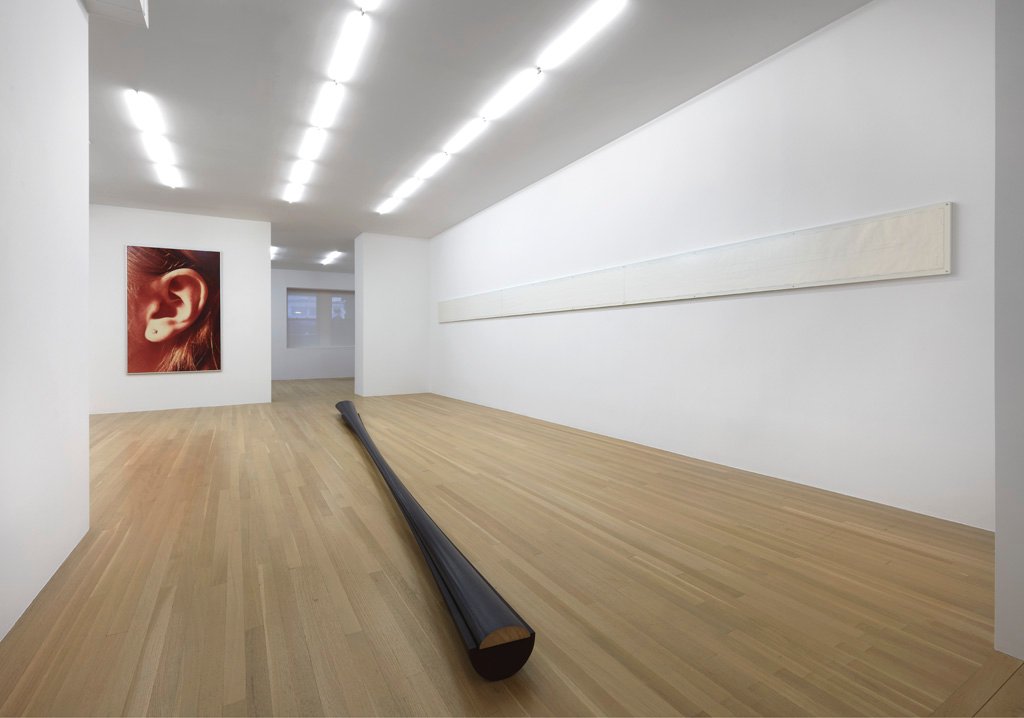 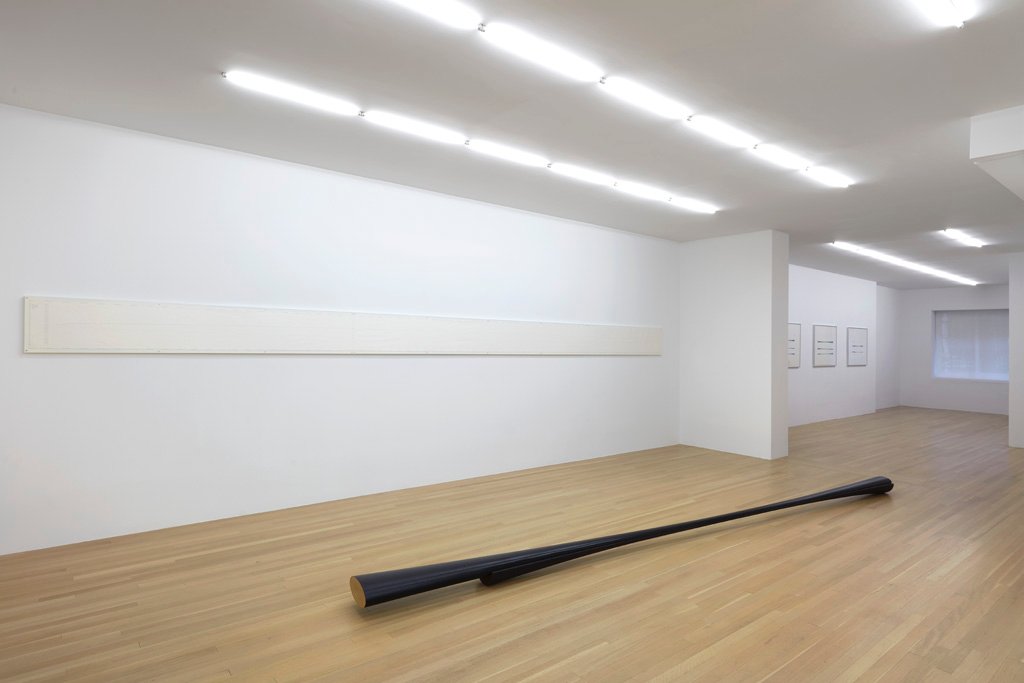 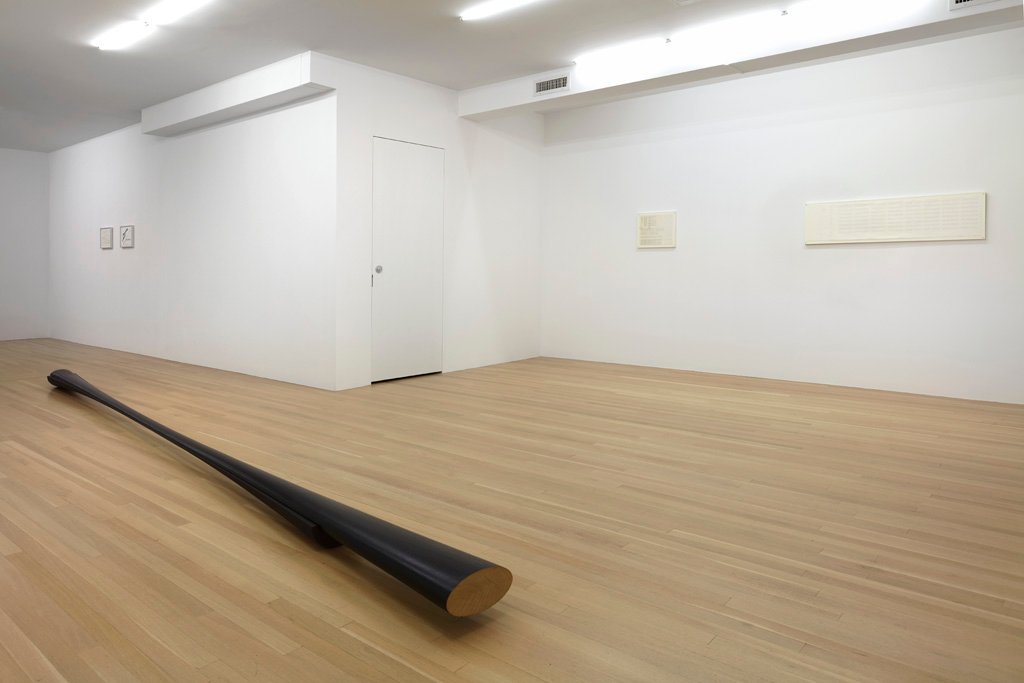 Beginning in the late 1970s and into the early 1980s, the German artist Isa Genzken created elongated wooden sculptures based on computer-generated geometrical calculations of ellipsoid and hyperboloid forms. This early group of sculptures occupies a primary place in Genzken’s diverse and expansive oeuvre, revealing her radical interest in cosmic geometry, architecture, an emotional attunement to form and color, and her simultaneous engagement with and departure from a prevailing language of minimalism in this period. The descriptive title “Nüsschen” translates to “little nut”, evoking the sculpture’s kernel-like form, with one hyperbolo enveloping another. There are altogether 19 extant ellipsoids and hyperboloids, including the present piece; works from this group are in the collections of MoMA, New York; Van Abbemuseum, Eindhoven; Kunstmuseum Winterthur; Kunstsammlung NRW, Düsseldorf; Stedelijk Museum, Amsterdam; Staatsgalerie Stuttgart; and The Nationalgalerie, Berlin.

This year, the Kunstmuseum Basel has mounted the first institutional exhibition dedicated solely to this body of work with the show “Isa Genzken – Works from 1973 – 1983”, currently on view in Basel through January 2021, and traveling to Kunstsammlung NRW in Düsseldorf in May 2021. With this institutional show providing special context for these early works by Isa Genzken, including a new comprehensive catalogue, we are delighted to present Genzken’s “Schwarzes Hyberbolo ‘Nüsschen’” together with related works on paper and a photographic piece from her “Ohr (Ear)” series, all made concurrently with her ellipsoid and hyperboloid sculptures.

Isa Genzken is an artist with whom Galerie Buchholz has worked since the very origins of the gallery in Cologne in the 1980s. This is Genzken’s 14th solo exhibition with the gallery. The sculpture on view has been included in many of Genzken’s most consequential exhibitions, such as “Everybody Needs At Least One Window”, The Renaissance Society, Chicago, 1992, which traveled to Portikus, Frankfurt, Palais des Beaux Arts, Brussels, and Städtische Galerie im Lenbachhaus, Munich (1993); “Met Life”, Generali Foundation, Vienna, 1996; “Sesam, öffne dich!”, Museum Ludwig, Cologne, 2009; and her two recent retrospectives, which toured MoMA, New York, MCA Chicago, Dallas Museum of Art (2013-2015), and Stedelijk Museum, Amsterdam, and Martin Gropius Bau, Berlin (2015-2016).