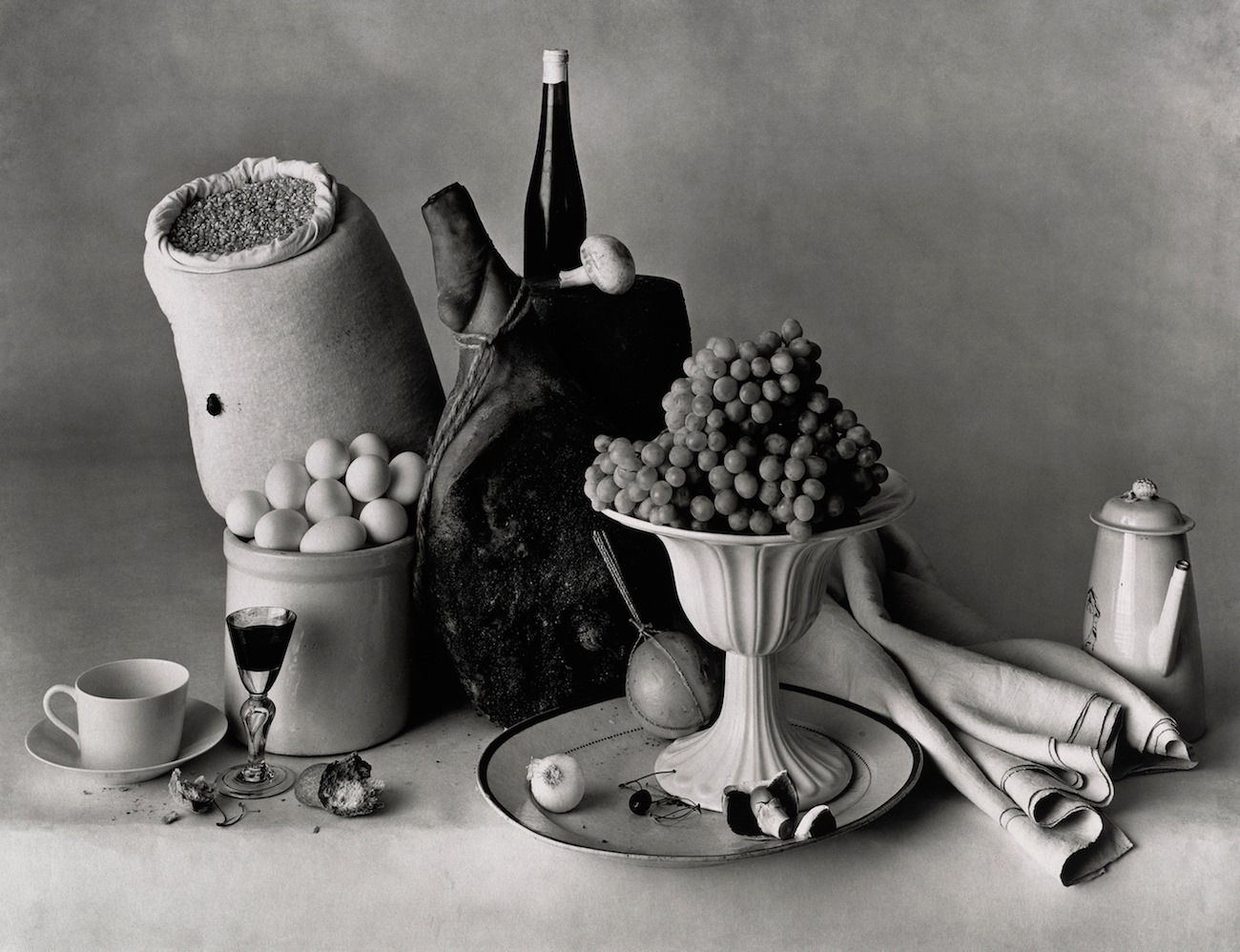 The exhibition features a selection of photographs taken in New York over six decades for publications such as Vogue, as well as on his travels. Irving Penn created some of the most memorable still lifes of the 20th century, and his innovative approach made his reputation as one of the most high-profile and influential photographers of his time.

Irving Penn began his career as a photographer in 1943 at the suggestion and with the encouragement of Alexander Liberman, then art director of US Vogue. The same year, one of Irving Penn’s colour photographs for Vogue appeared on the cover of their October issue, showing the first photographic still life in the magazine’s recent history. In the ensuing 60 years, he took more than 150 cover photographs for Vogue and produced pioneering editorials, which became known for their natural lighting and formal simplicity, making him the leading photographer in the field. At a time when photography was understood primarily as a means of communication, Irving Penn approached it with an artist’s eye, expanding its creative potential in both his professional and his personal work.

Many of Irving Penn’s still lifes combine food with everyday objects. He staged laid tables with exquisite arrangements of dishes, fruit and vessels, reminiscent of the Dutch masters of the Golden Age like Willem Kalf or Pieter Claesz. A cut-open watermelon, a crumpled linen table-napkin, a broken-off piece of baguette or a fly sitting on ripe fruit relate to the transience symbolised in vanitas paintings and emphasise the absence of the human being. The choice of subjects and the context of the objects also call to mind Georges Braque’s early Cubist pictures.
“The extreme deliberateness of these still-life arrangements – far from the traditional mock simplicity of a few pieces of fruit, a few flowers – adds to the sense that the objects are codes, that they carry a message even beyond the one the title announces” (Adam Kirsch, 2017).

The individual states of decay illustrated in the Cigarettes photographs show an interesting correlation with human characteristics, and may also be interpreted as memento mori. Irving Penn’s first solo exhibition at MoMA in New York took place in 1975 and featured exclusively the Cigarettes series, which was perceived as a provocation and contrast to his popular earlier fashion photographs. Irving Penn’s interest in the theme led him to photograph other litter he found in the street, such as flattened paper cups or old playing-cards. Through his lens, street litter – which most people prefer to ignore – became something fascinating, almost iconic, however, while simultaneously expressing an explicit consumer criticism through them.

Irving Penn composed his still-life photographs like a painter, working with large-format cameras, and was tireless in his attempts to expand the creative possibilities of the medium. He was deeply involved in each stage, from the meticulous composition of the picture to making his own prints. Unlike most other art photographers, he experimented with platinum-palladium and gelatin silver prints in order to lend each of his works a distinctive texture and original character. With his unique signature and stringently reduced aesthetic, he remains a defining stylistic influence, an inspiration to countless successors.

In 2017, to mark the centenary of his birth, a comprehensive retrospective entitled Irving Penn: Centennial was held at The Metropolitan Museum of Art in New York, the Grand Palais in Paris and at the C/O Berlin. The exhibition consisted of some 240 works, including an extensive presentation of his diverse still lifes, some of which are shown in the Paris exhibition.

Irving Penn’s photographs have been displayed in many exhibitions worldwide, including Irving Penn: Underfoot at The Art Institute of Chicago (2013), Irving Penn: Diverse Worlds at the Moderna Museet, Malmö (2012, and subsequently at the Kumu Art Museum/Tallinn), Irving Penn: Portraits at the National Portrait Gallery, London (2010) and Irving Penn: Small Trades at the J. Paul Getty Museum, Los Angeles (2009/10).

Galerie Thaddaeus Ropac has represented The Irving Penn Foundation, in collaboration with the Pace/MacGill Gallery, New York. The opening of this exhibition coincides with Paris Photo Art Fair 2019 at the Grand Palais.