Zabludowicz Collection is pleased to present an Invites exhibition by Robert Cervera, his first solo show in London. Working across sculpture, video and music, Cervera’s practice looks at the materiality and processes used to contain formless assets such as air, water or data. 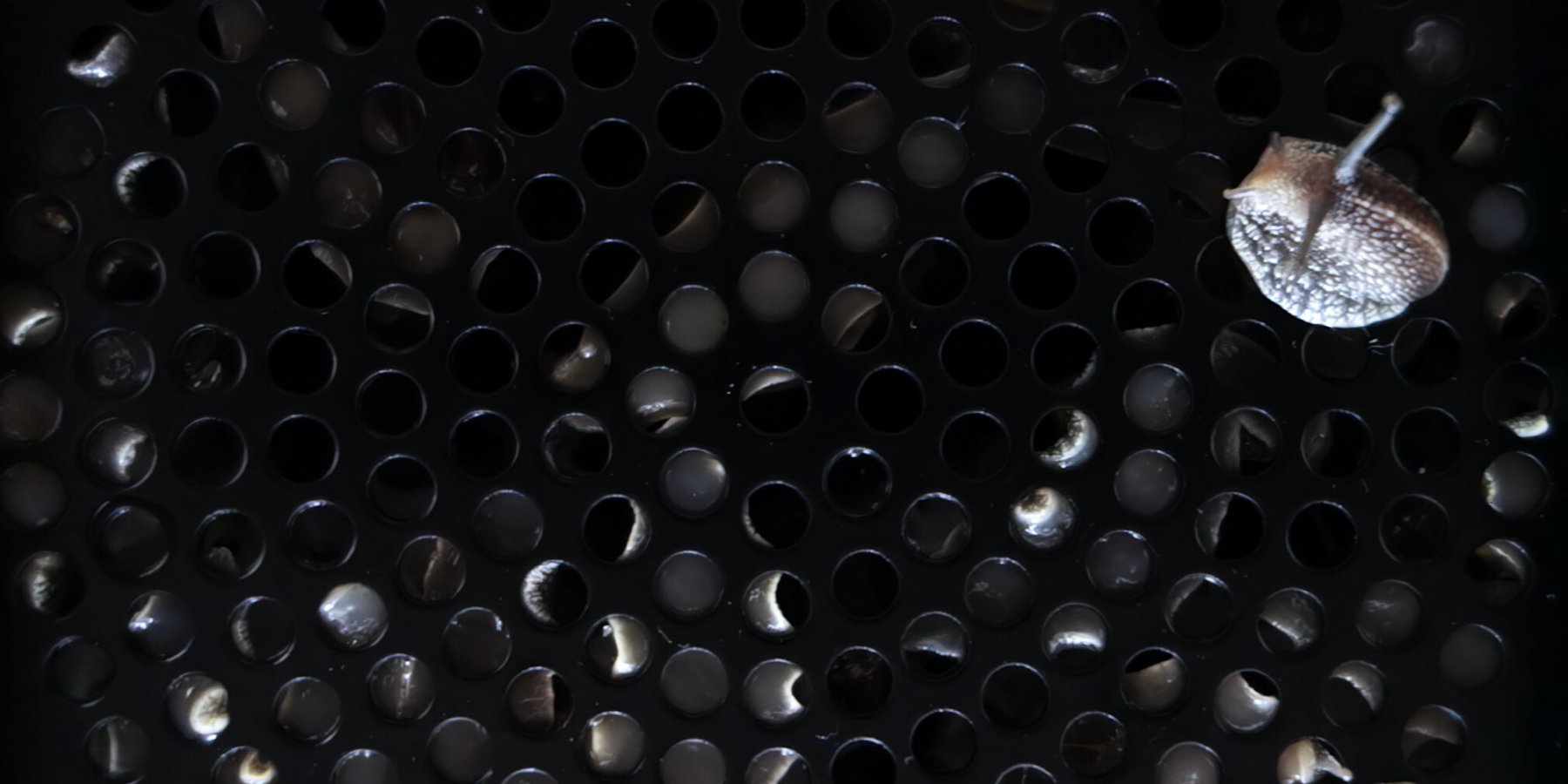 The installation is grounded by Cervera’s moving image work To Vent (2021). Set to music created with the sounds of air blown through liquid cooling pipes and composed with live coding software, the film depicts the attempted passage of garden snails through a computer venting panel. A meditative look at the shifting dynamic between the natural world and data infrastructures, Cervera’s material exploration traverses mediums in an effort to make visible the intangible systems around us.

Robert Cervera, To Vent, 2021 (still). Courtesy of the artist