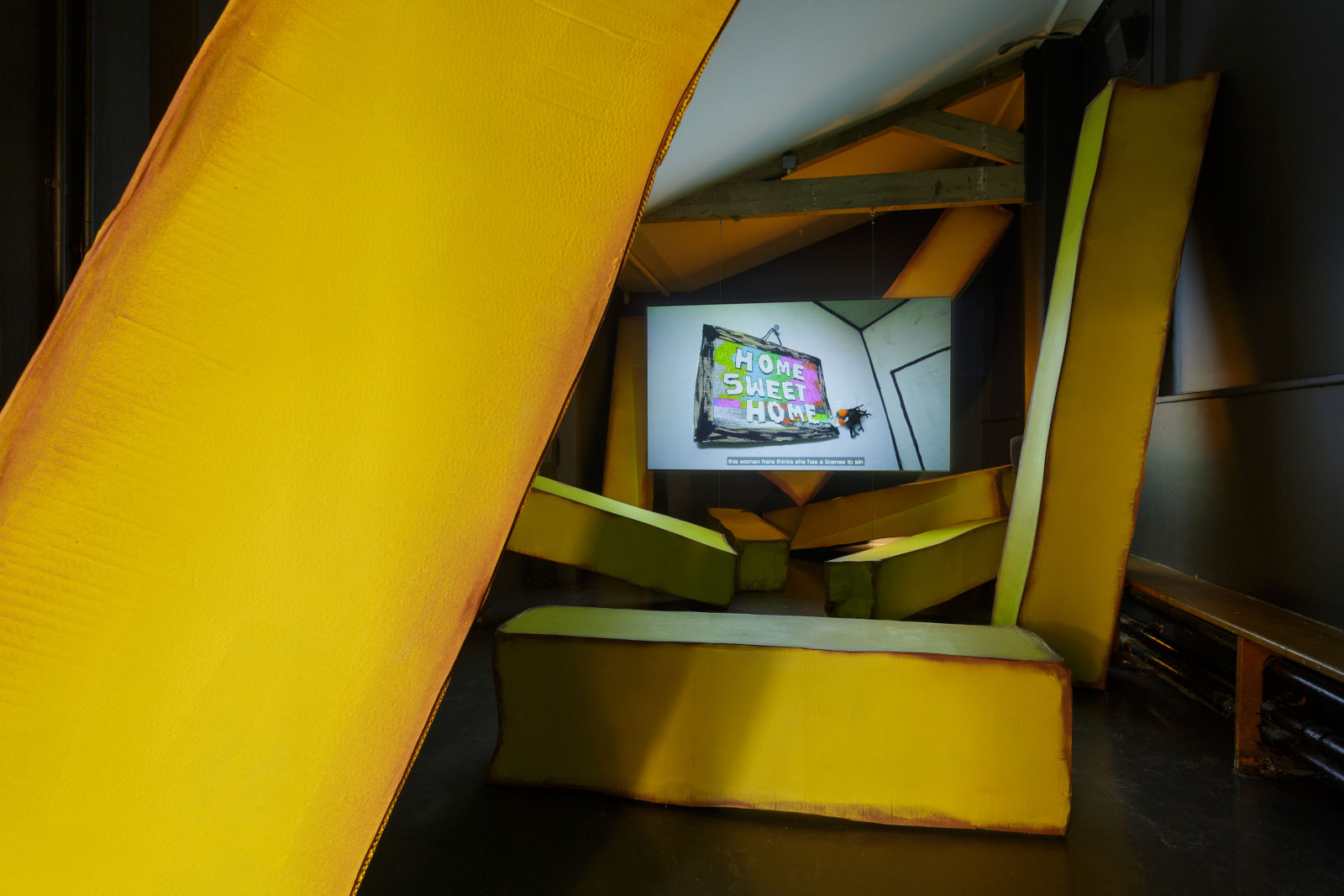 Narrated by a fly that fantasises about human extermination, surreal analogies between the tormented psyche and the exploited Earth unfold, climaxing in a Kafkaesque metamorphosis between a housewife and a housefly.

Verkade’s moving image work reconsiders the archetypes and narratives that shape human experience and social structures. Delivered with humour and a distinct taste for the absurd, her videos tell stories from alternative perspectives, making space for the unheard and under-represented. Shifting between the different visual modes of stop motion animation, green screen and direct to camera performance, her fast paced montages have the sensation of a moving collage; a dense juxtaposition of layered images and sounds in a cartoon reality.

Puck Verkade (b. 1987, The Netherlands, lives and works in London) received her BFA from the Royal Academy of Art in The Hague and completed an MFA in Fine Art at Goldsmiths, London in 2017. Her work has been shown internationally at amongst others: Schimmel Projects Dresden Art Centre, Dresden, 2019; Forde, Geneva, 2019; LISTE, Basel, 2018; ARCO Lisboa, Lisbon, 2018; SUNDAY, London, 2017; Berlin Feminist Film Festival, Berlin, 2016 and LOOP, Barcelona, 2015. She was 2017-2018 resident artist at Sarabande: The Lee Alexander McQueen Foundation. Her work DOING LUCY, 2019 is available via Daata Editions.

The development of Plague has been generously supported by Dommering Foundation, Mondriaan Fund and DordtYart and Zabludowicz Collection. Puke Verkade is represented by Dürst Britt & Mayhew, The Hague, Netherlands.