Josefine Reisch’s works seduce the viewer with haunted textures of the already seen. Working through traditional mediums such as tromp l’oeil painting, portraiture and textile, she creates moments of recognition. 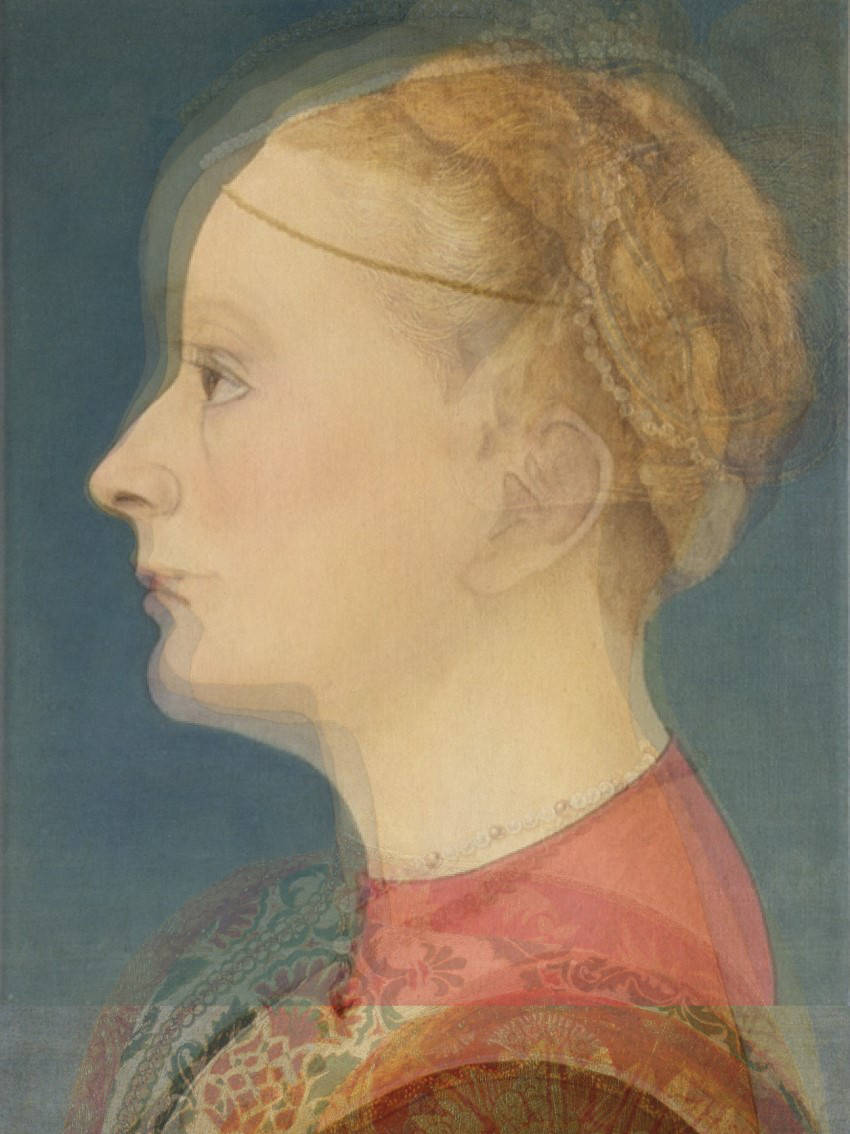 Reisch questions the value and validity of European cultural heritage as she reassembles historical moments and figures into jumbled compositions, much like a musical medley. Engaging in a feminist reading of historiography her work triggers new readings and uncertainty within this déjà-vu.

For her solo exhibition titled Celetoids Reisch reflects on how the depiction of female subjects create value, specifically linking two moments from across the centuries, Renaissance portraiture and contemporary selfie culture.

The Renaissance is commonly associated with the birth of individualism. Today there are more portraits than ever. A social media profile image is a mode through which a self-portrait is crafted and circulated. And the selfie is a tool for asserting and placing a particular named identity, in contrast to the often anonymous young women we find in early Renaissance portraiture.

Reisch’s new paintings set out different possible self-portraits in relation to Renaissance portraiture. The female subject appears in profile, a format the artist feels emphasises the analytical over the psychological. Reisch’s choice of painting is a means to highlight contemporary conceptions of the self. It is a medium that challenges certainty and fixed meaning in its subtleties, yet on the other hand is perceived as the manifestation of the permanent picture, in contrast to the ephemeral character of the selfie. These new paintings might assert their fixed presence as objects, but in Reisch’s handling they remain resolutely enigmatic and ungraspable.