Lévy Gorvy presents Intimate Infinite: Imagine A Journey, an exhibition inviting visitors to immerse themselves in the work of artists who collapse the vastness of infinity into tangible dimensions through obsessive detail, concentrated mark making, the distilled intensity of small scale, or the tactile materiality of their surfaces. 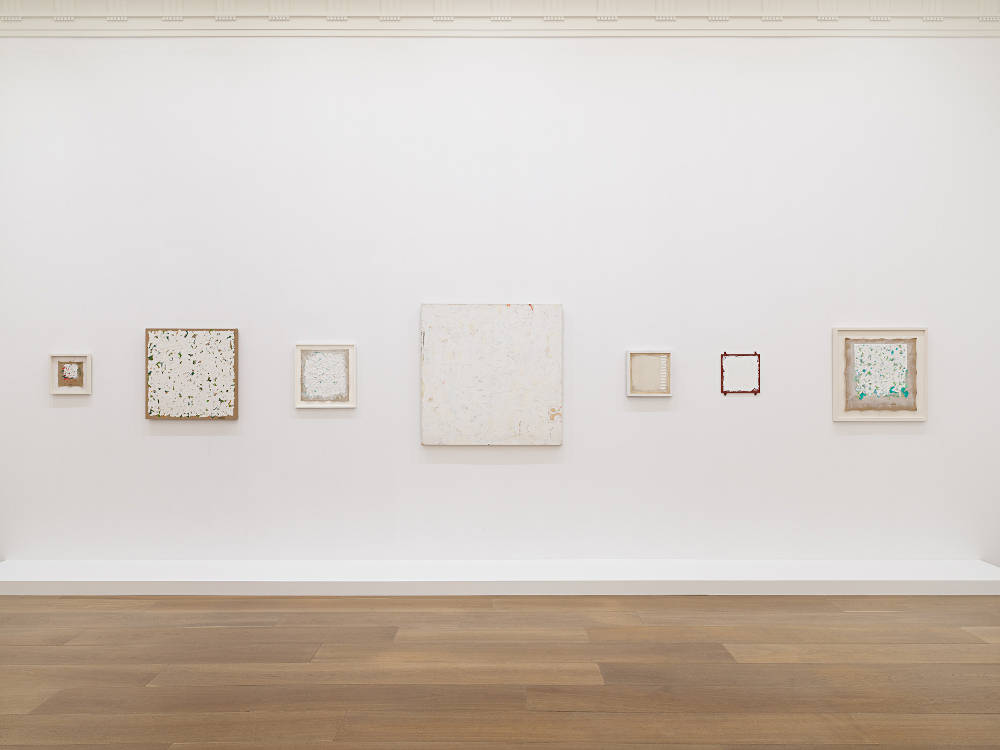 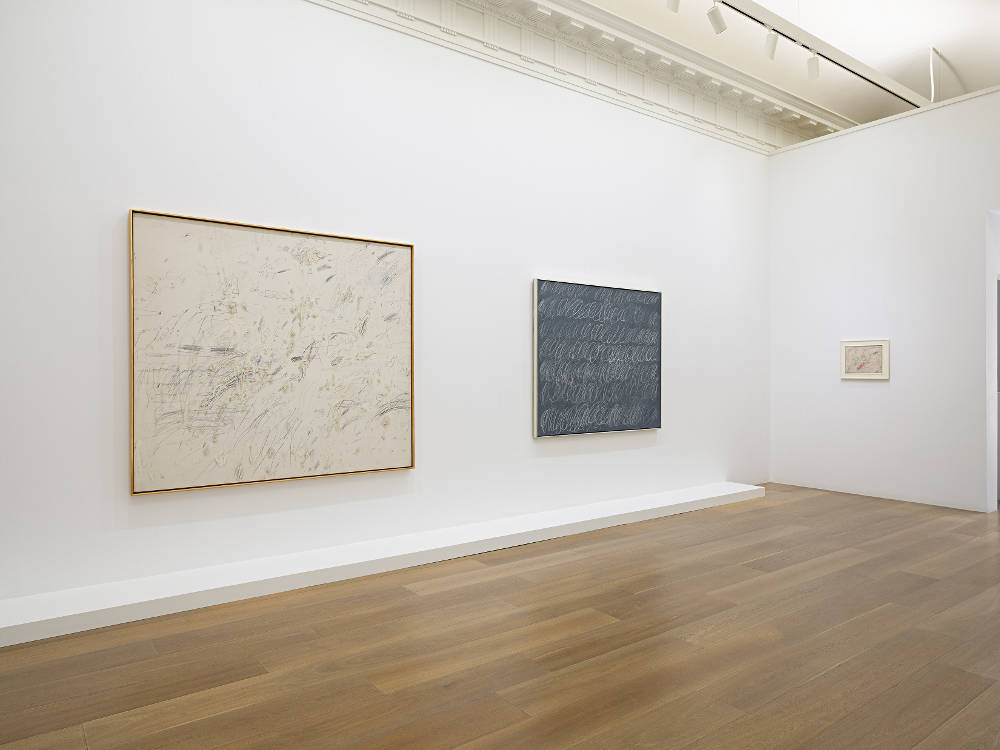 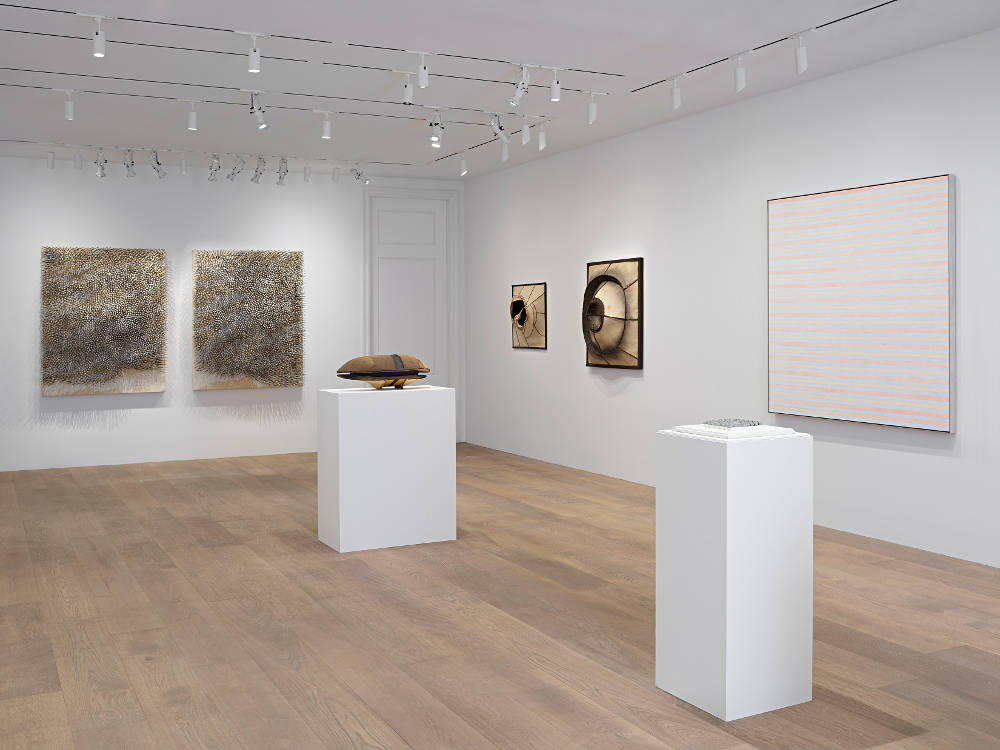 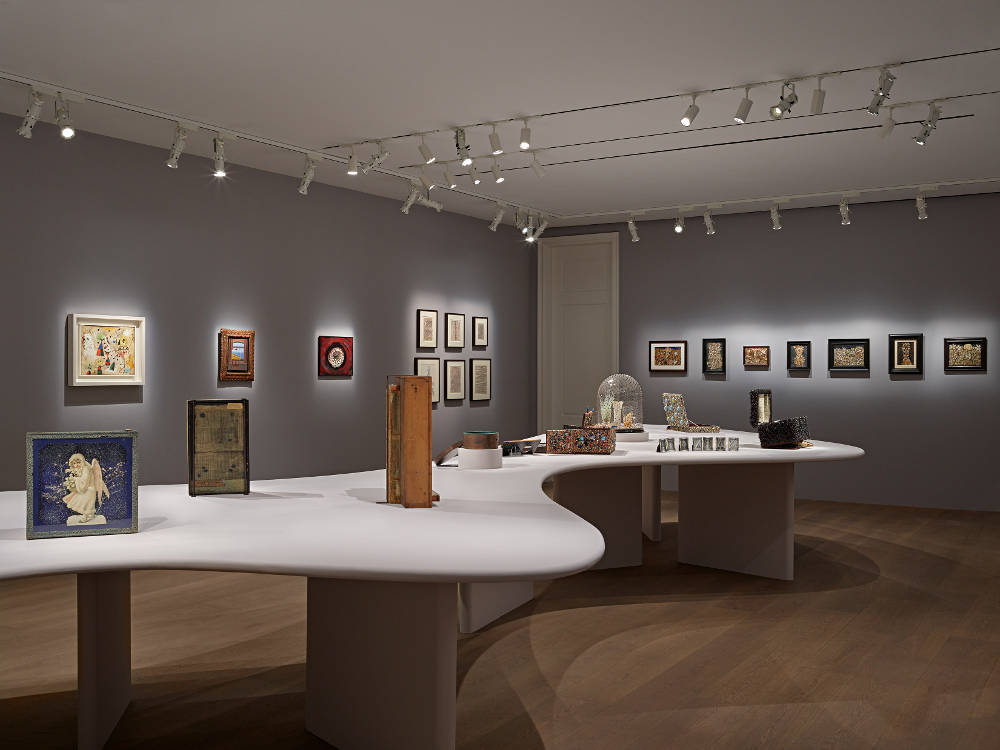 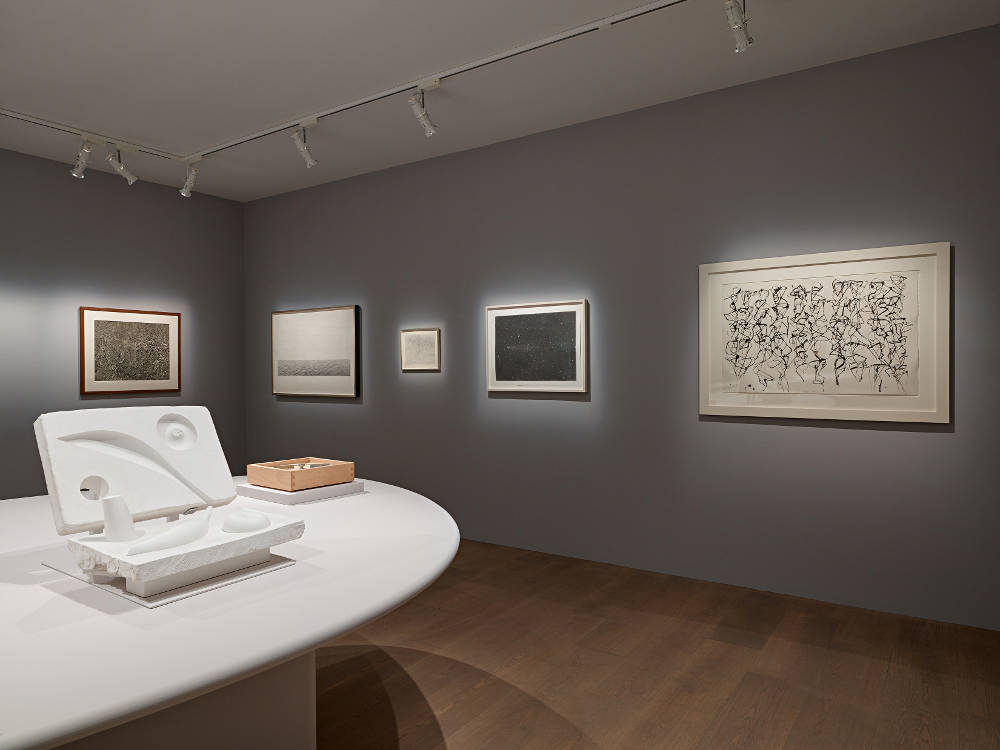 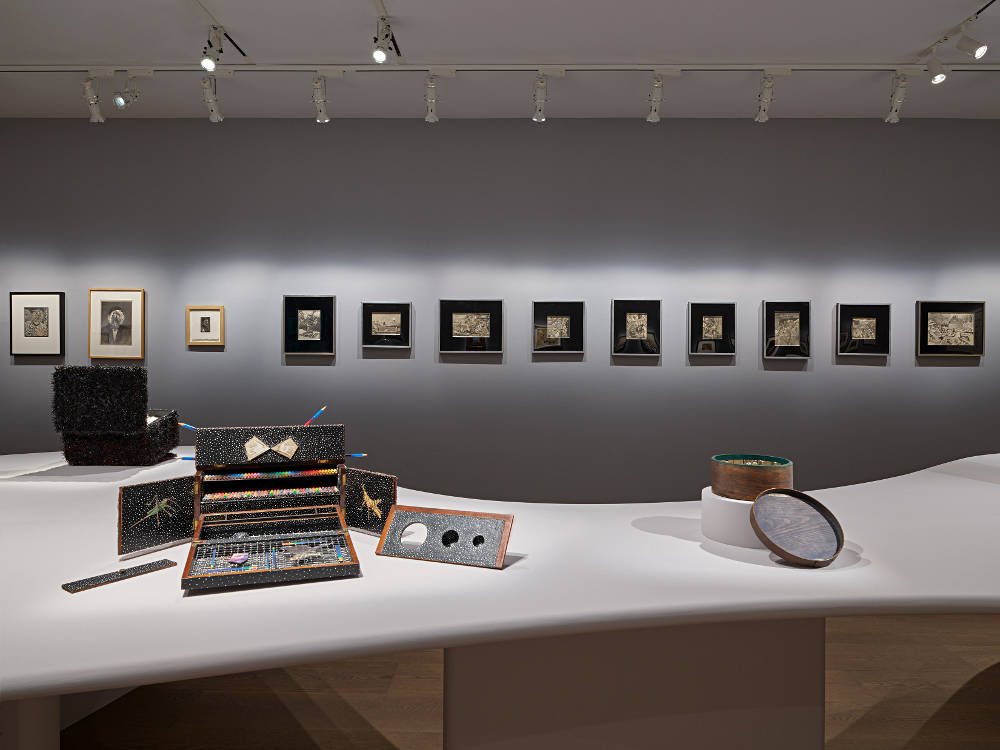 Intimate Infinite is the first exhibition organized for the gallery by Lévy Gorvy co-founder Brett Gorvy and includes nearly one hundred artworks by twenty-seven artists. His selection of paintings, drawings, collages, and sculptures was inspired by William Blake’s poem Auguries of Innocence: “To see a World in a Grain of Sand / And a Heaven in a Wild Flower / Hold Infinity in the palm of your hand / And Eternity in an hour.” In its exploration of the sublime, the exhibition unfolds over all three levels of the gallery’s New York City landmark building, beginning on the ground floor with the pairing of Robert Ryman with Cy Twombly. The second floor presents works by Jasper Johns alongside such contemporaries as Agnes Martin, Eva Hesse, and Hannah Wilke, among others. On the third floor, visitors will encounter the personal universes of Surrealists René Magritte and Yves Tanguy, with magical boxes by Joseph Cornell and Lucas Samaras.

Gorvy explains, “I want to explore the way we, as viewers, can be totally absorbed by a small-scale painting—by how such a work can literally fill a room with its power. At a time when social media bombards us with thousands of fleeting images a day, I want to give visitors a chance to slow down, engage each work in close scrutiny and reflection, and take a journey, floor by floor, through a selection of artists exhibited in depth and in conversation with each other.”

Intimate Infinite includes works loaned by major private collections and institutions, including the Whitney Museum of American Art, San Francisco Museum of Modern Art, and the Museum of Contemporary Art Chicago, among others.

About the Exhibition
Intimate Infinite begins with the pairing of Ryman and Twombly. Gorvy envisions the viewer absorbing and being absorbed by a wall of Ryman paintings of different scales and materiality, in direct conversation with three paintings by Twombly: the heavily impastoed View (Rome) (1959); a blackboard painting from 1967; and a small-scale Roma painting from 1961.

The second floor focuses on artworks that demonstrate distinctive sensuality and sensitivity to material. The highly dimensional and textural works in this part of the exhibition are by Alberto Burri, John Chamberlain, Mona Hatoum, Piero Manzoni, Brice Marden, and Günther Uecker. Here, masterworks by the most influential female artists of the 1960s and 1970s are shown in juxtaposition with those of their male peers, which Gorvy notes, “allows the viewer to compare and contrast the different sensibilities to material.” White Target (1958) by Johns is presented with the bulging and stitched form of Lee Bontecou’s Untitled (1959), a wall relief created from leather, canvas, welded steel rods, and wire. Also on view are several works by Wilke, including Mellow Yellow (1975), an organic floral-like form that reinforces the artist’s concern, “…with the creation of a formal imagery that is specifically female, a new language that fuses mind and body into erotic objects that are nameable and at the same time quite abstract.”

The third floor of Intimate Infinite is a meditation upon fantastical universes, featuring works by Maria Bartuszová, Hans Bellmer, Claude Cahun, Max Ernst, Joan Miró, and Carol Rama, among others. Surreal worlds such as Tanguy’s Lumen (1949) and Magritte’s La condition humaine (1935), are positioned alongside exquisitely executed box assemblages by Cornell and Samaras. Obsessively detailed drawings by Vija Celmins are paired with Bruce Conner’s hallucinogenic collages and ink drawings, and Henri Michaux’s “mescaline” drawings, produced under the effects of his controlled experimentation with the psychotropic. Intimate Infinite also marks the first time in New York that seven of Jean Dubuffet’s rare and intricate butterfly collages are shown together.