Ink and Graphite - Twitch and Tremble

Ink and Graphite - Twitch and Tremble

The exhibition brings together four distinct, influential international drawing positions. Each of the presented artist works in a wide range of Media, from Performance to Video as well as Painting and Photography. For each of these artists, drawing is not only at the core of their practice, but it is also the very instinct of their ideas and ruminations. In co-curating this show with renowned curator Azu Nwagbogu, the gallery aims to create a dialogue with contemporary African and diasporic positions. 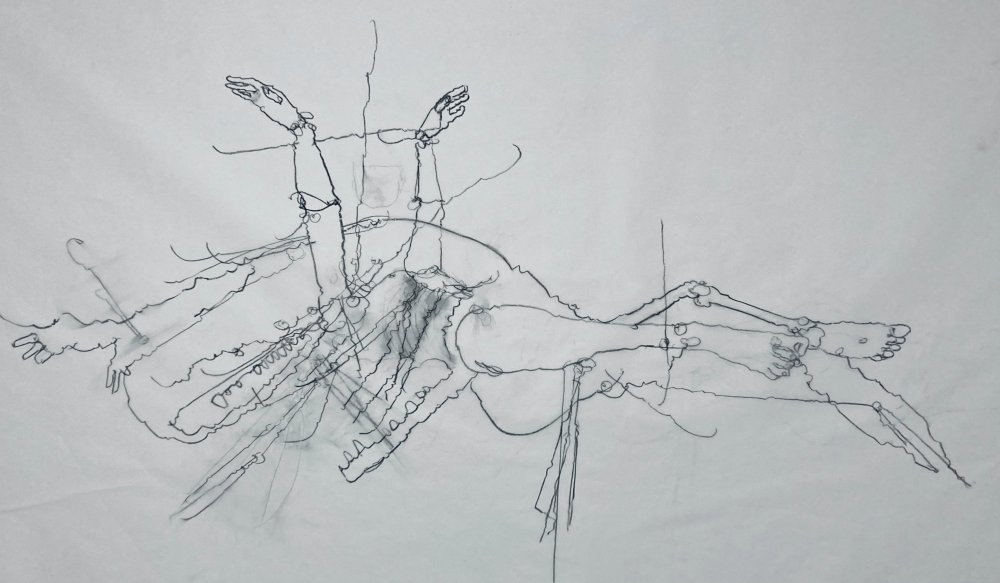 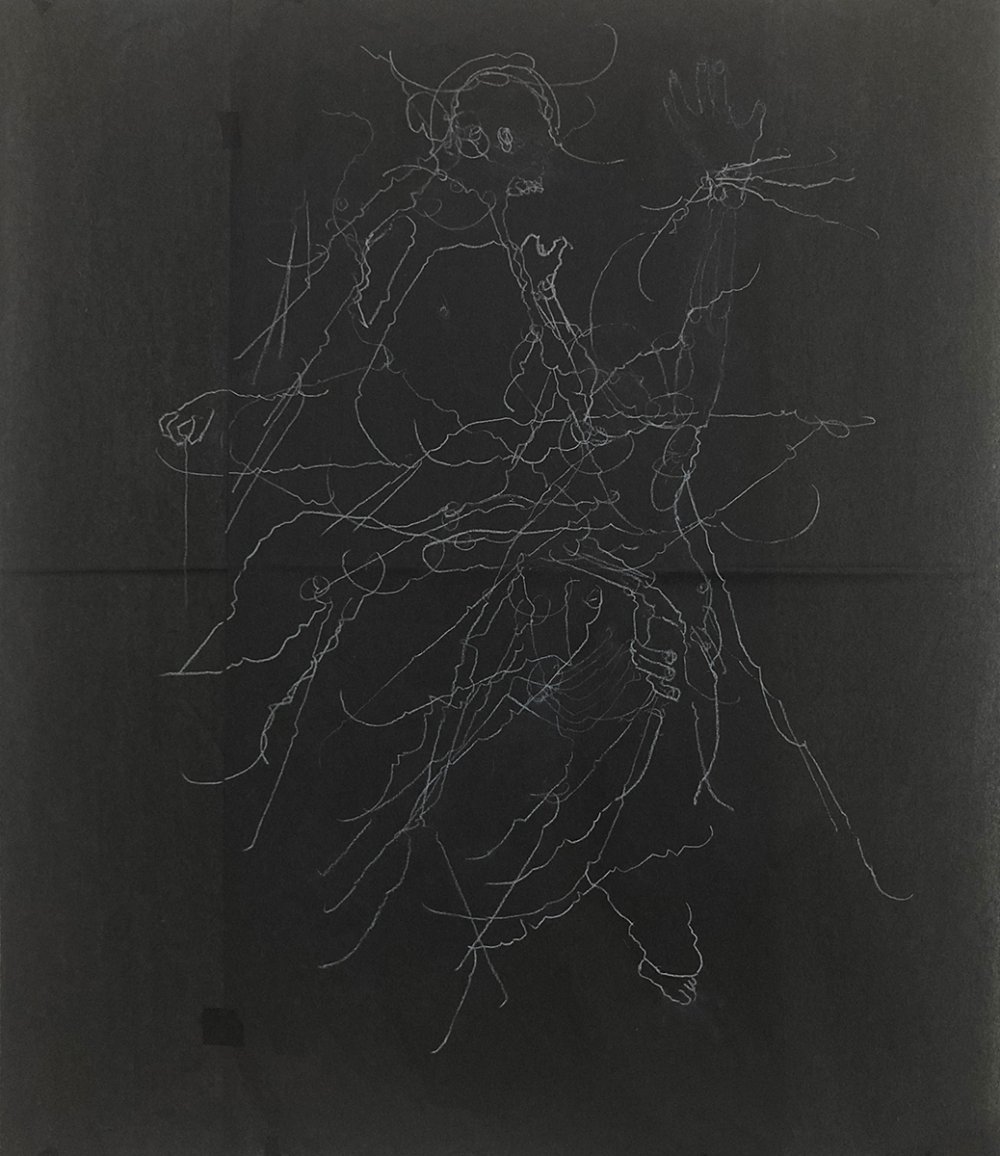 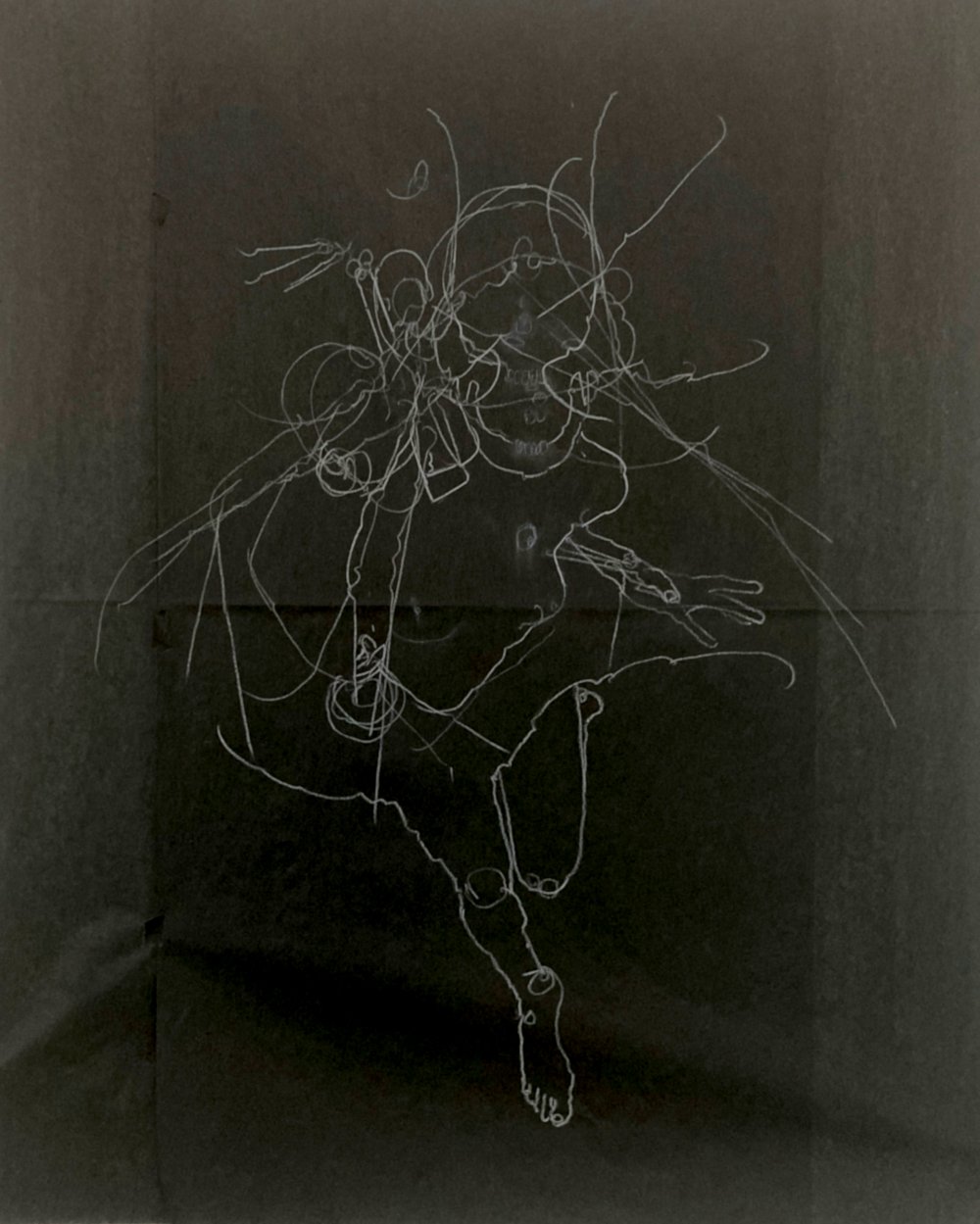 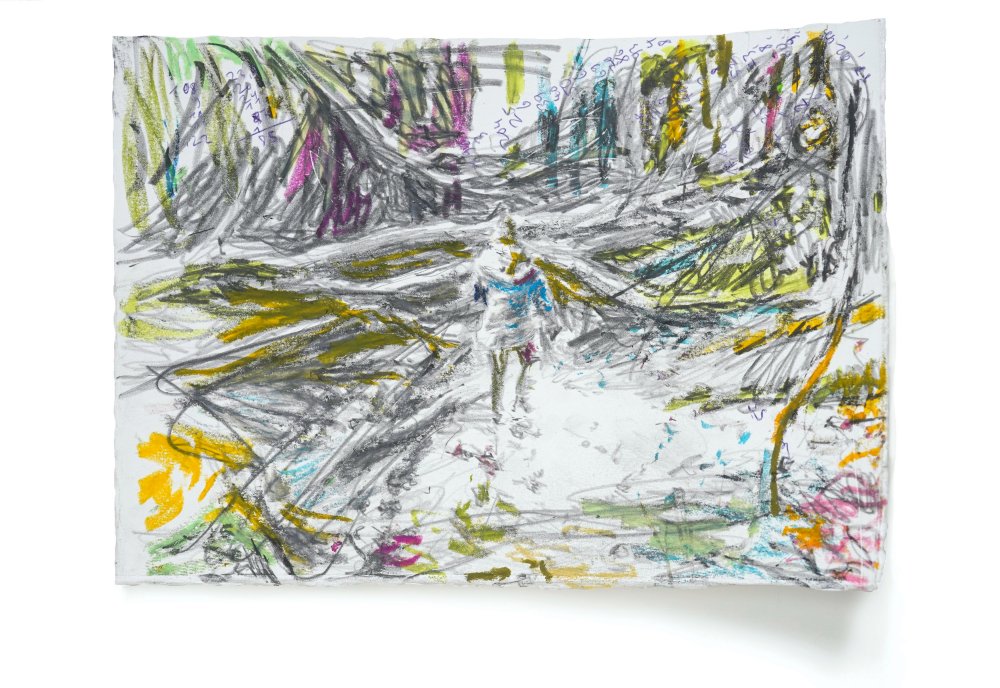 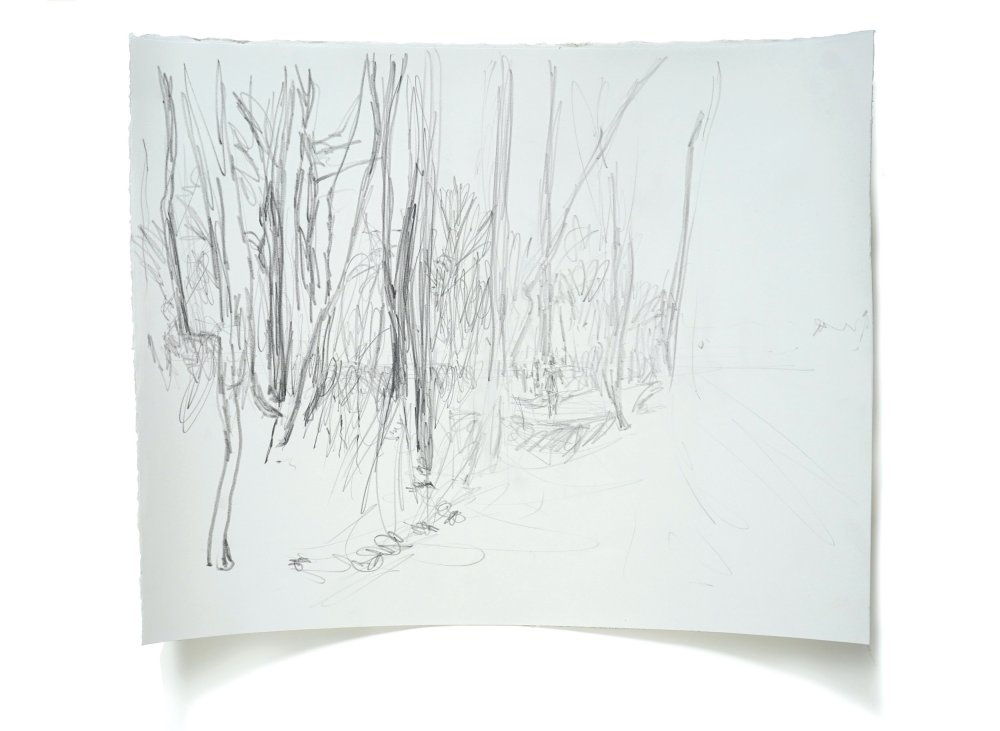 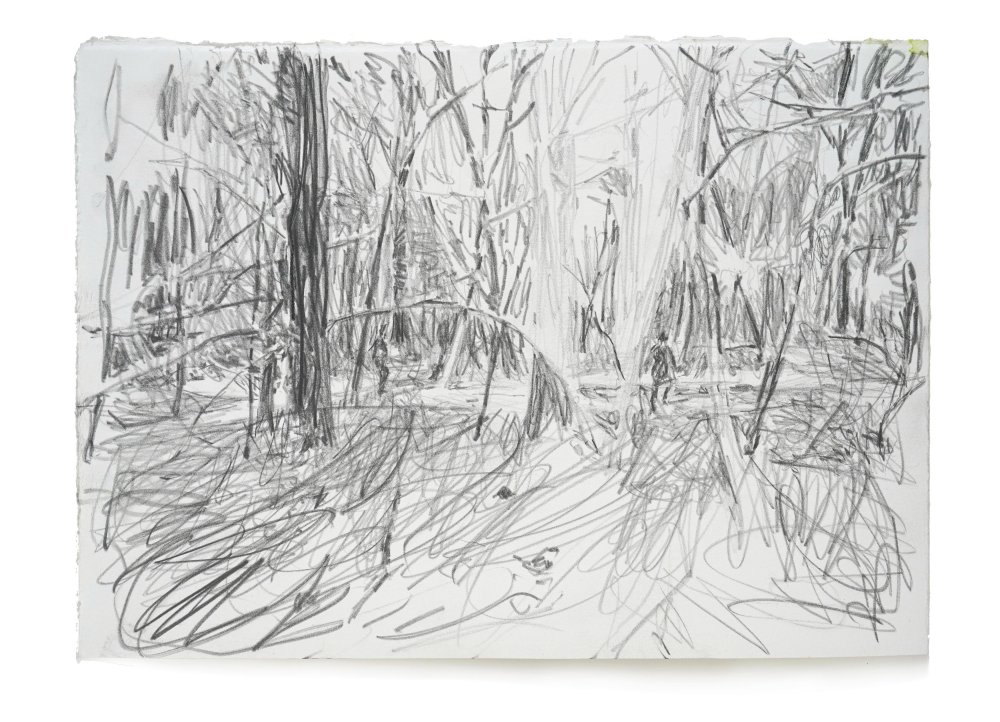 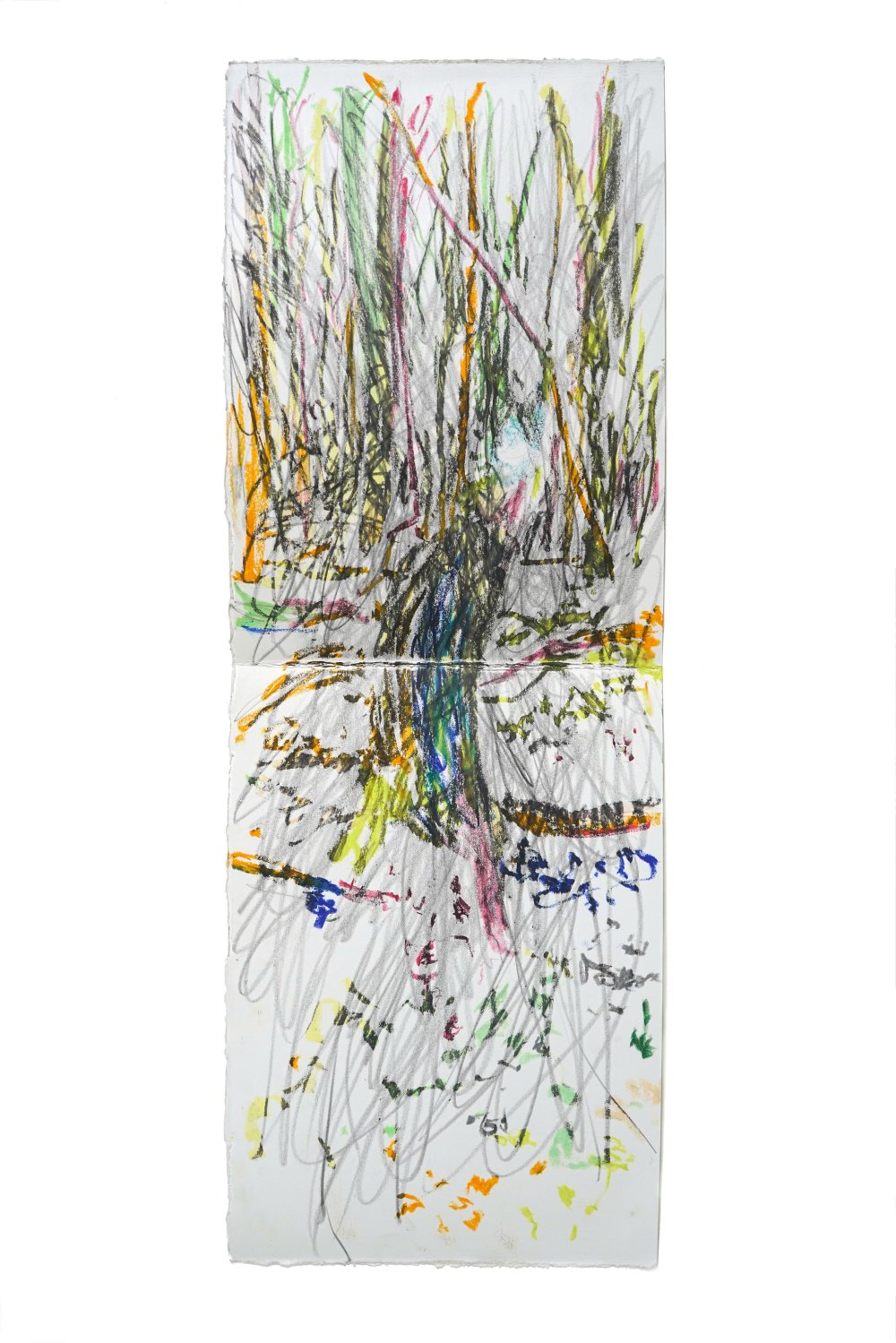 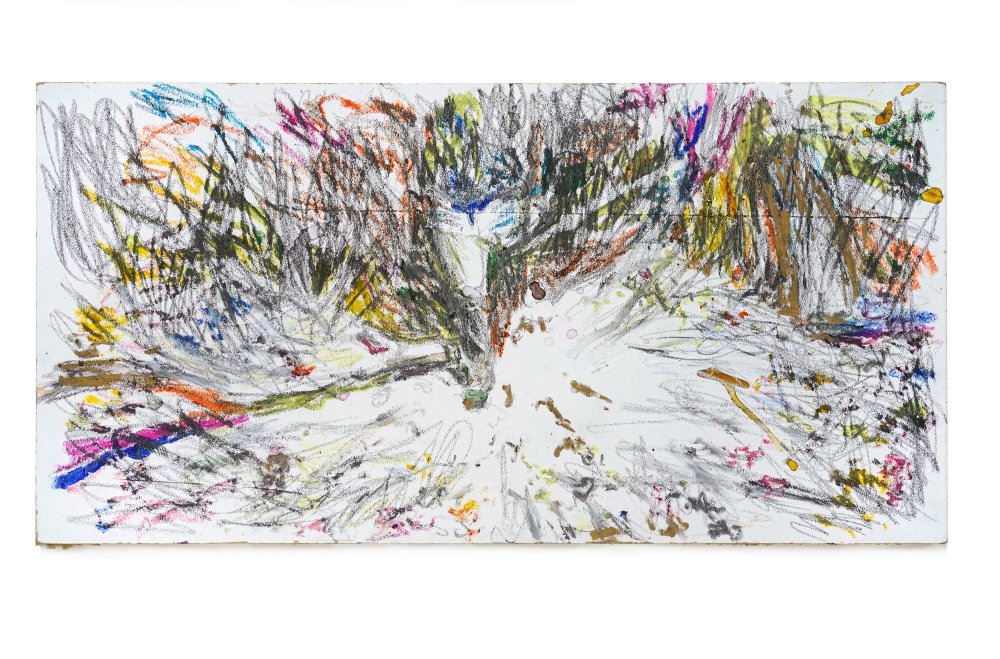 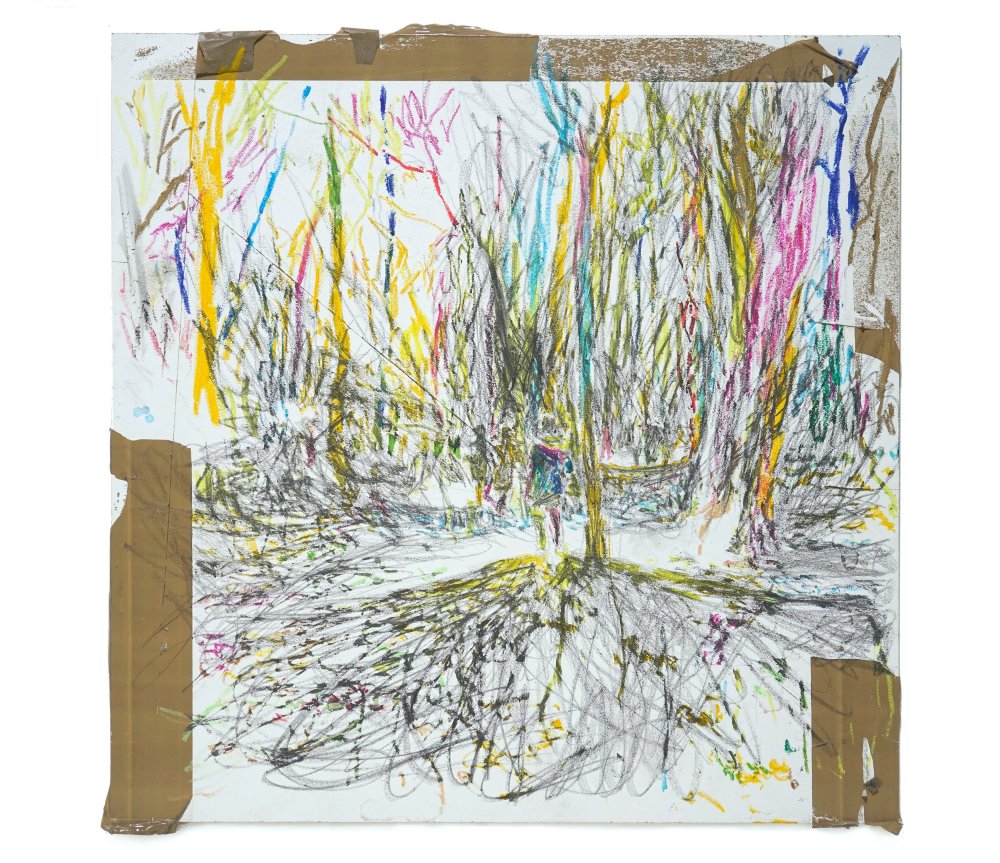 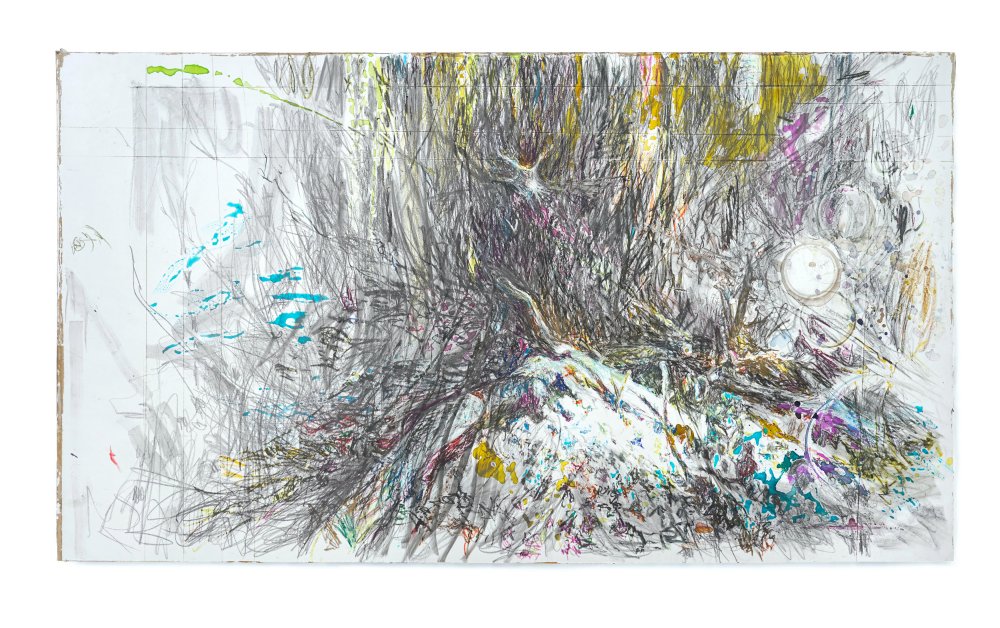 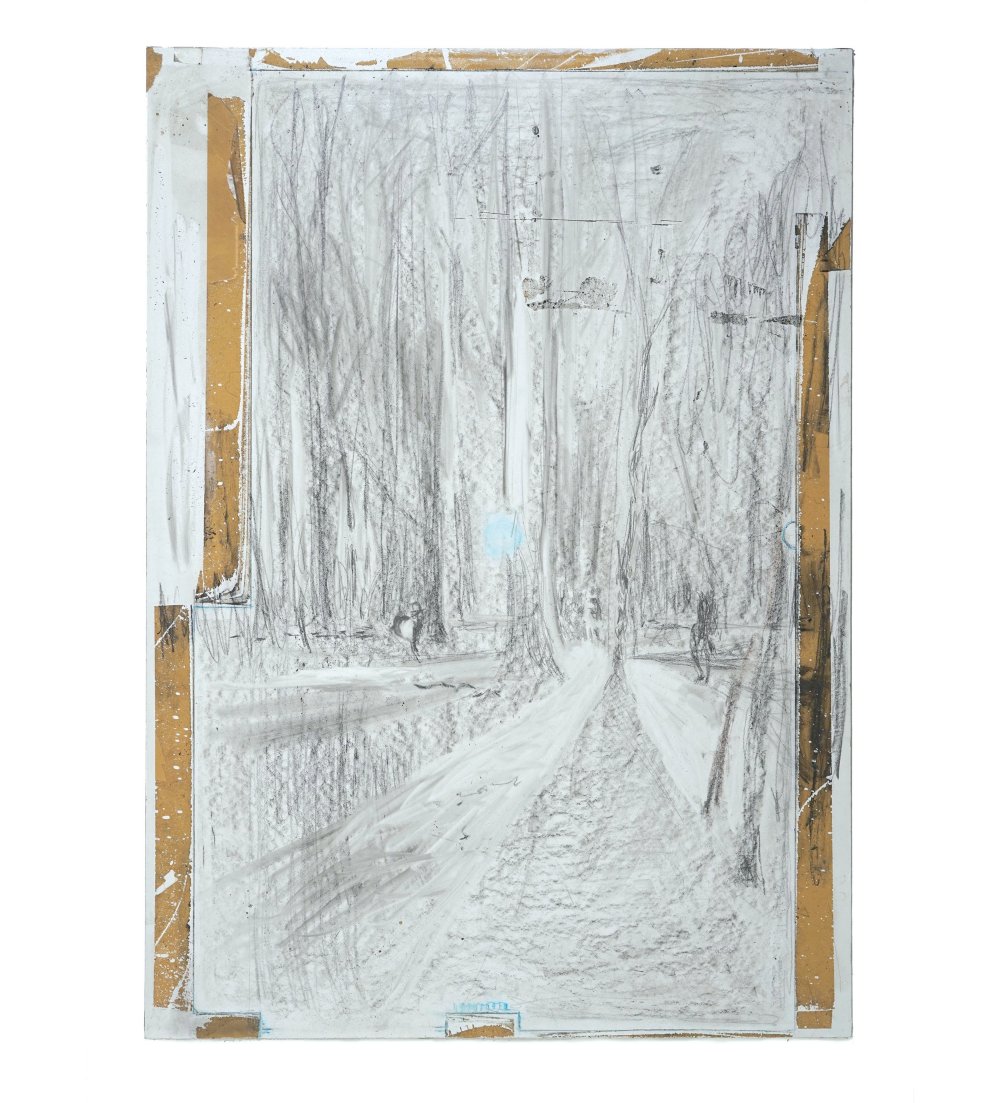 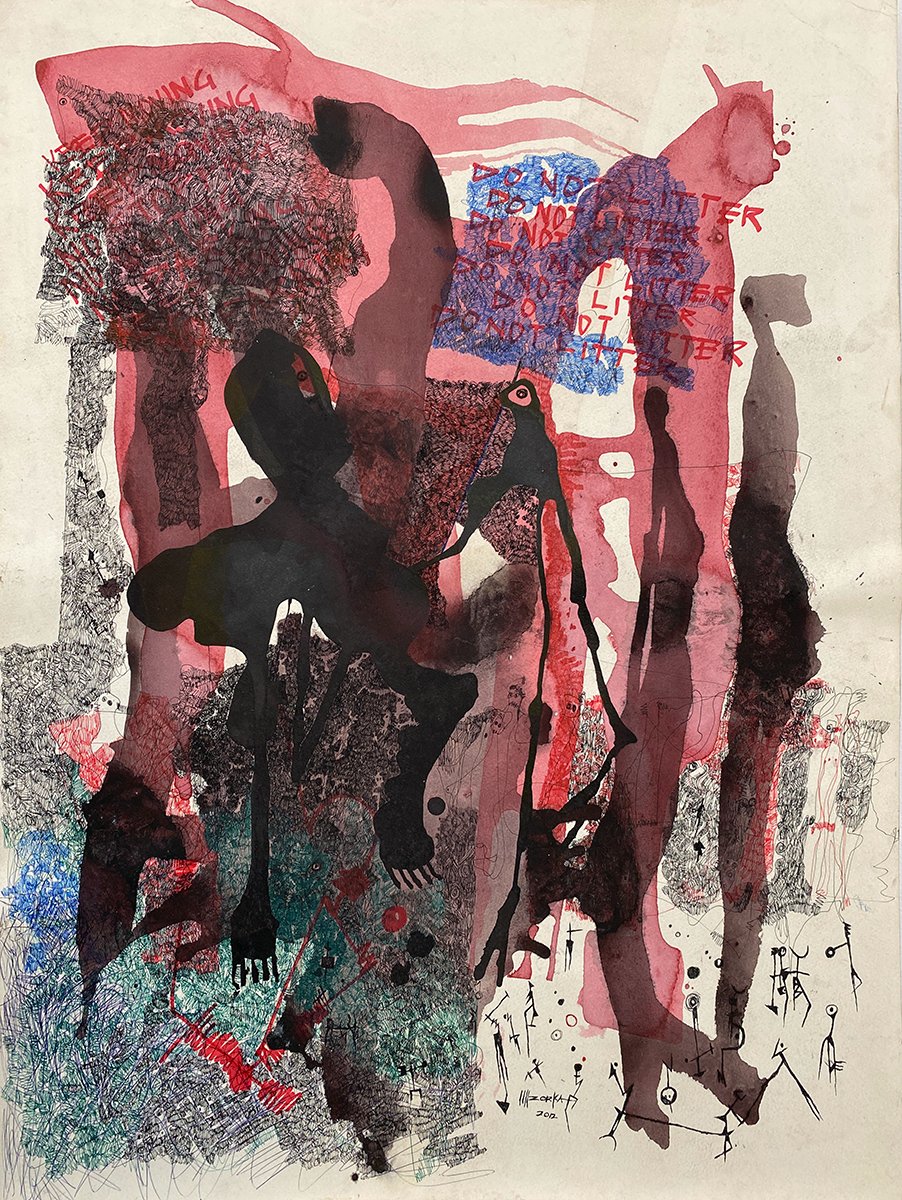 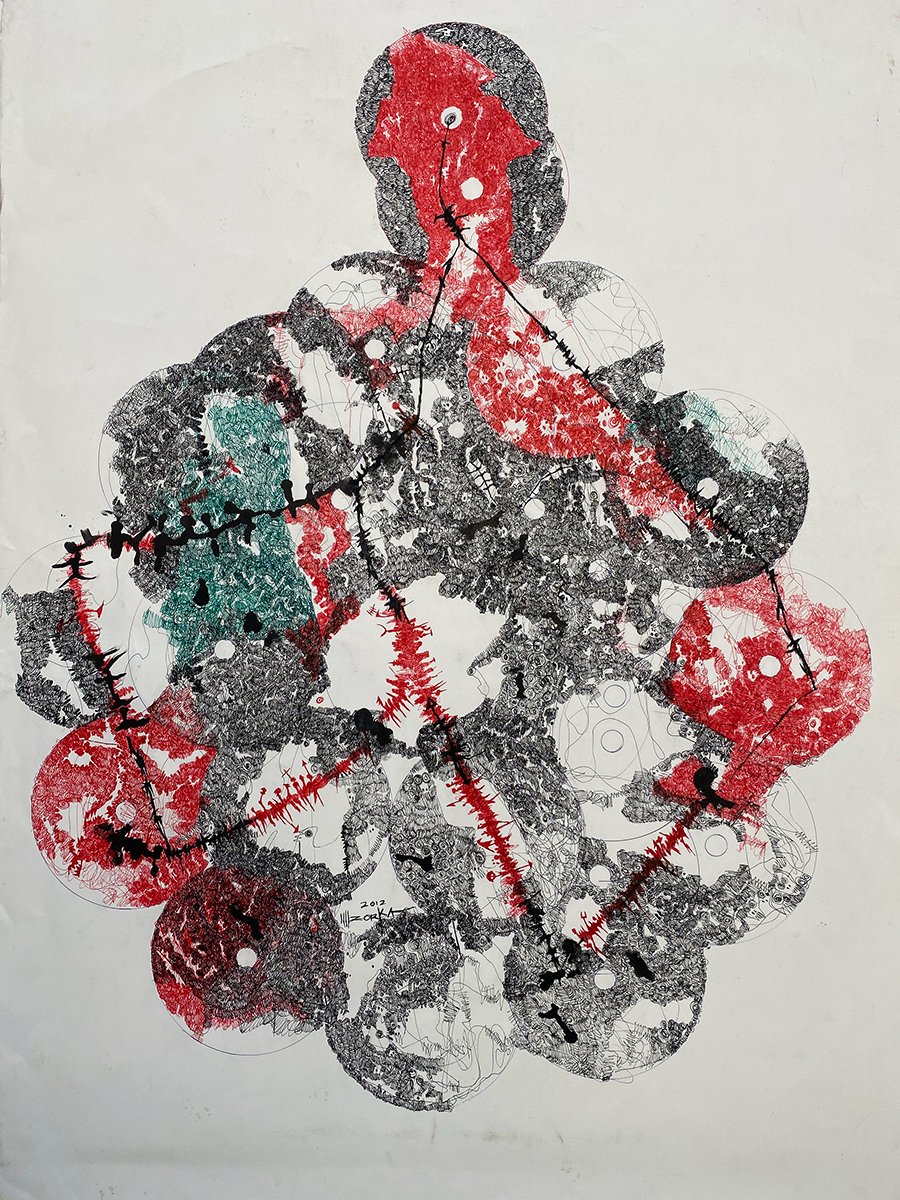 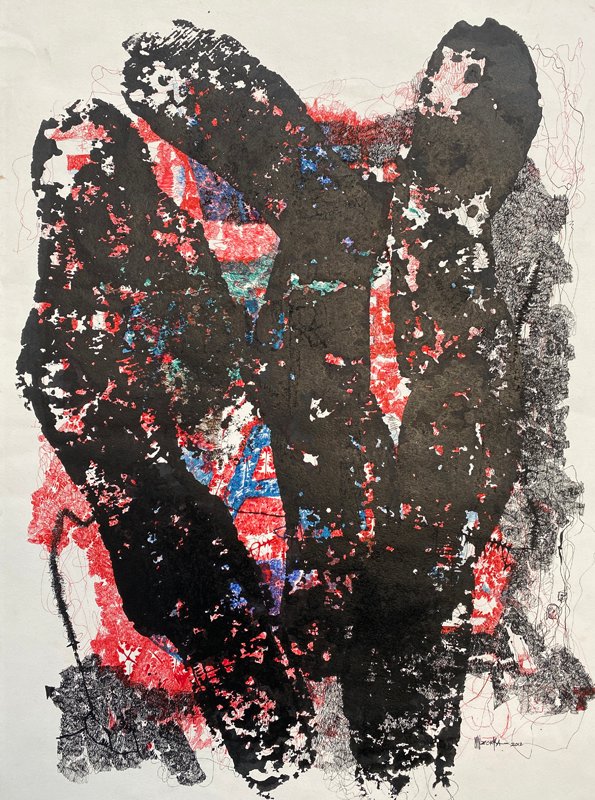 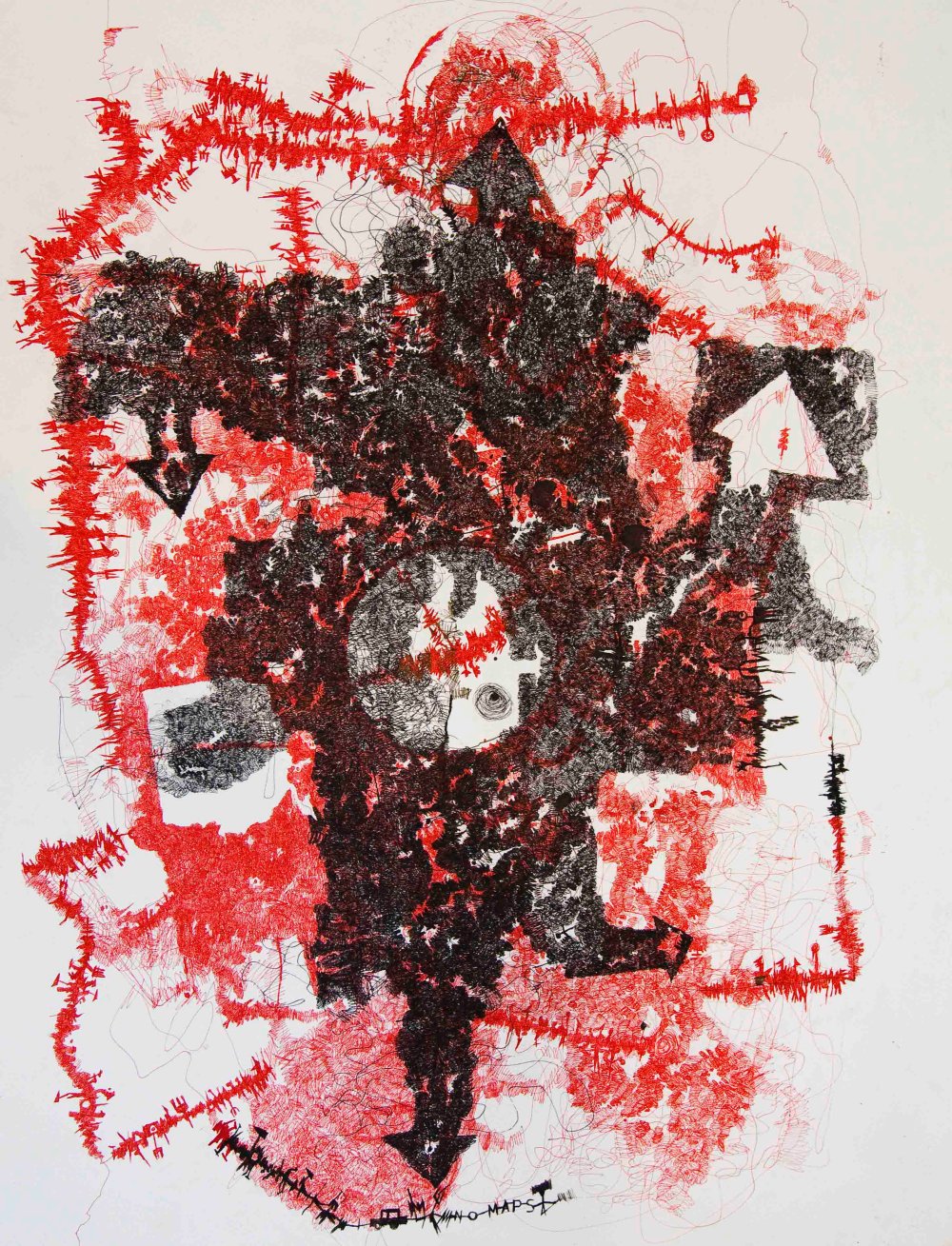 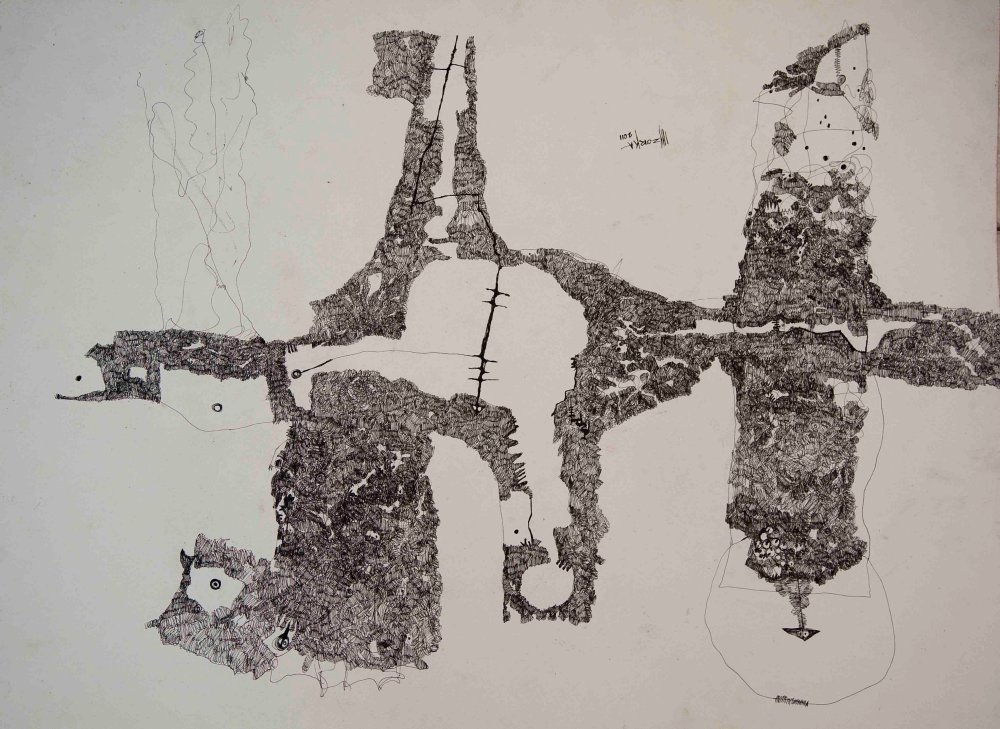 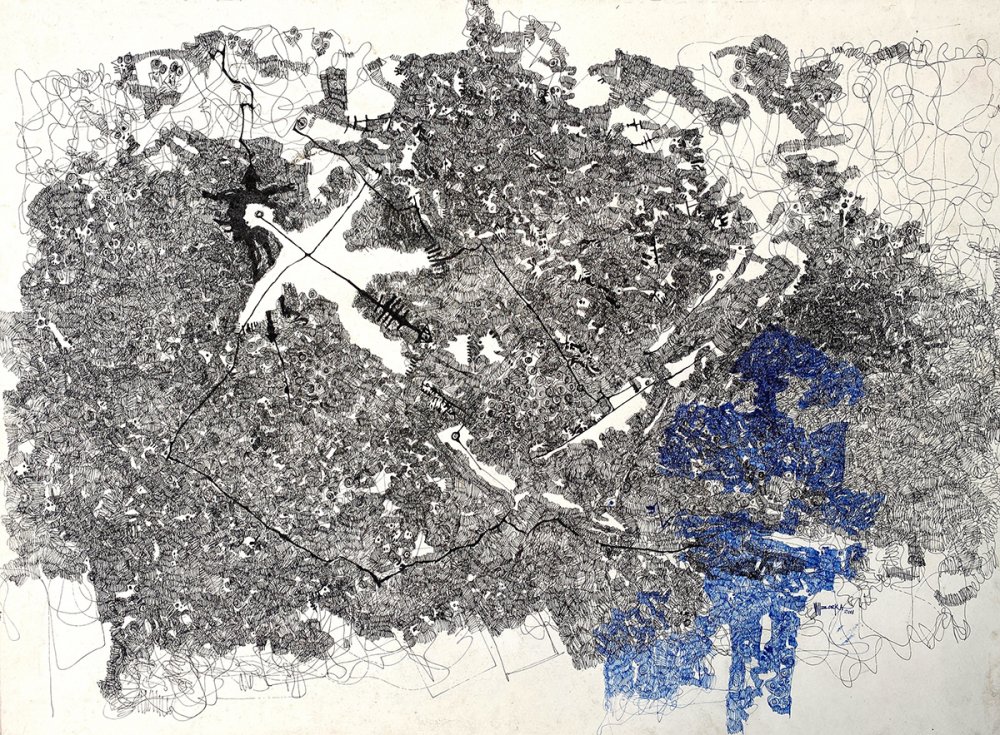 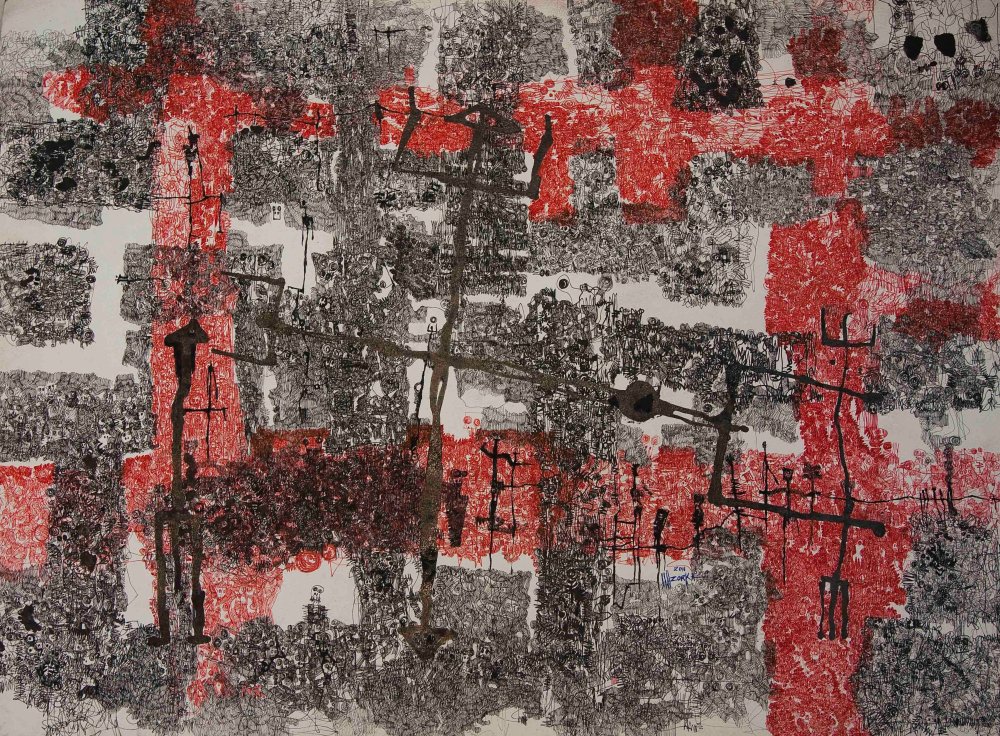 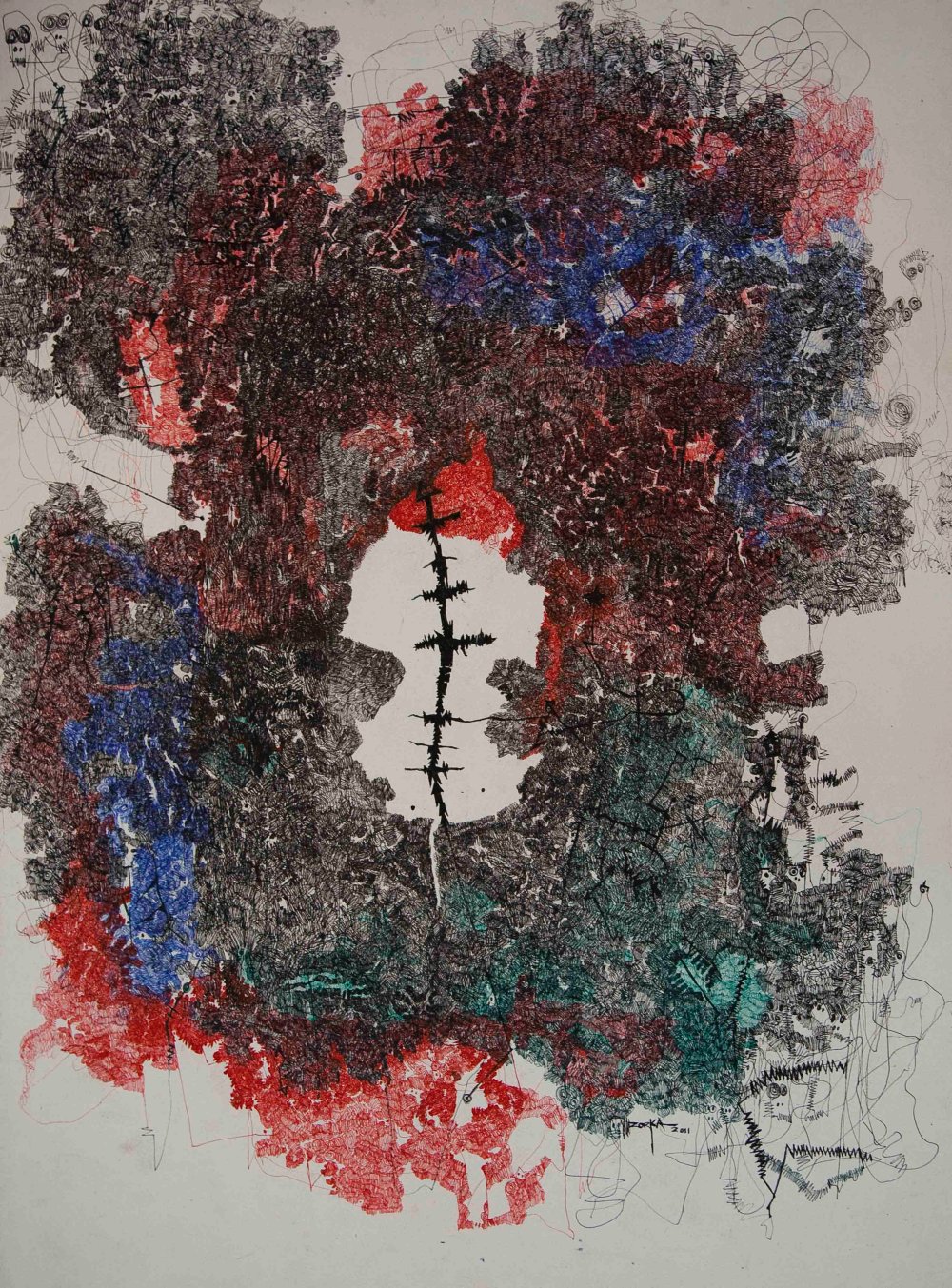 Uche Uzorka
The Illumined and His God, 2012 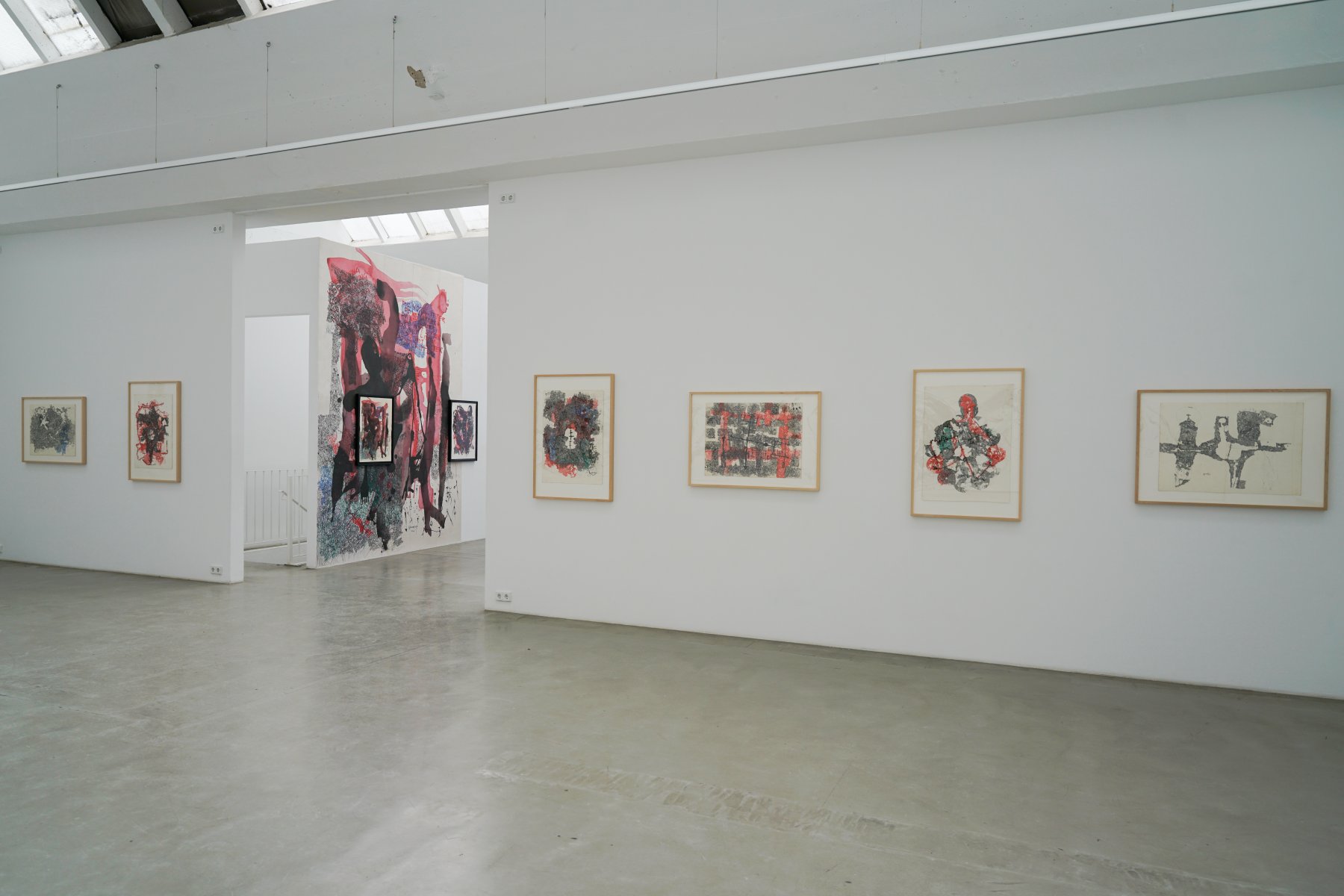 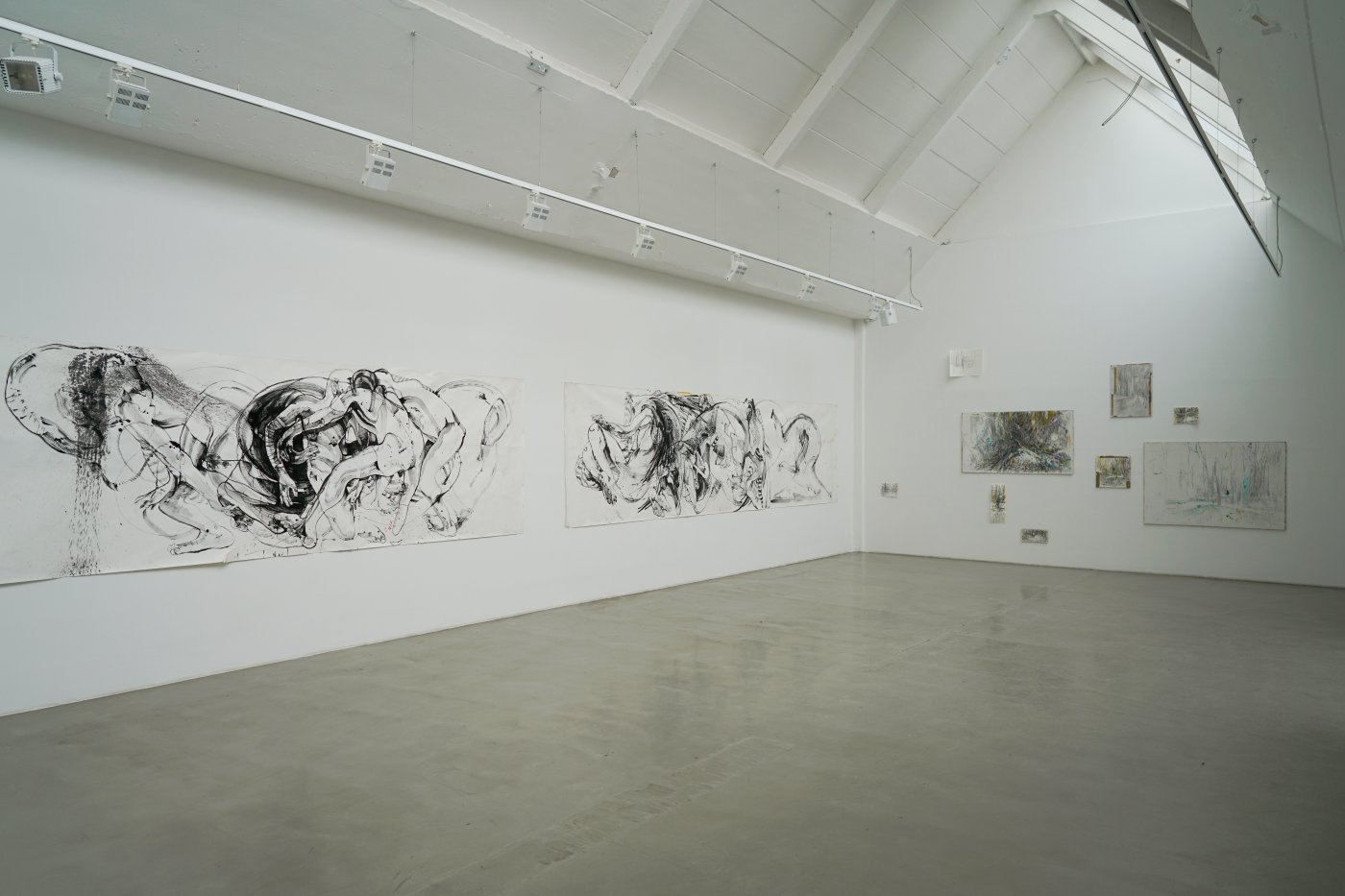 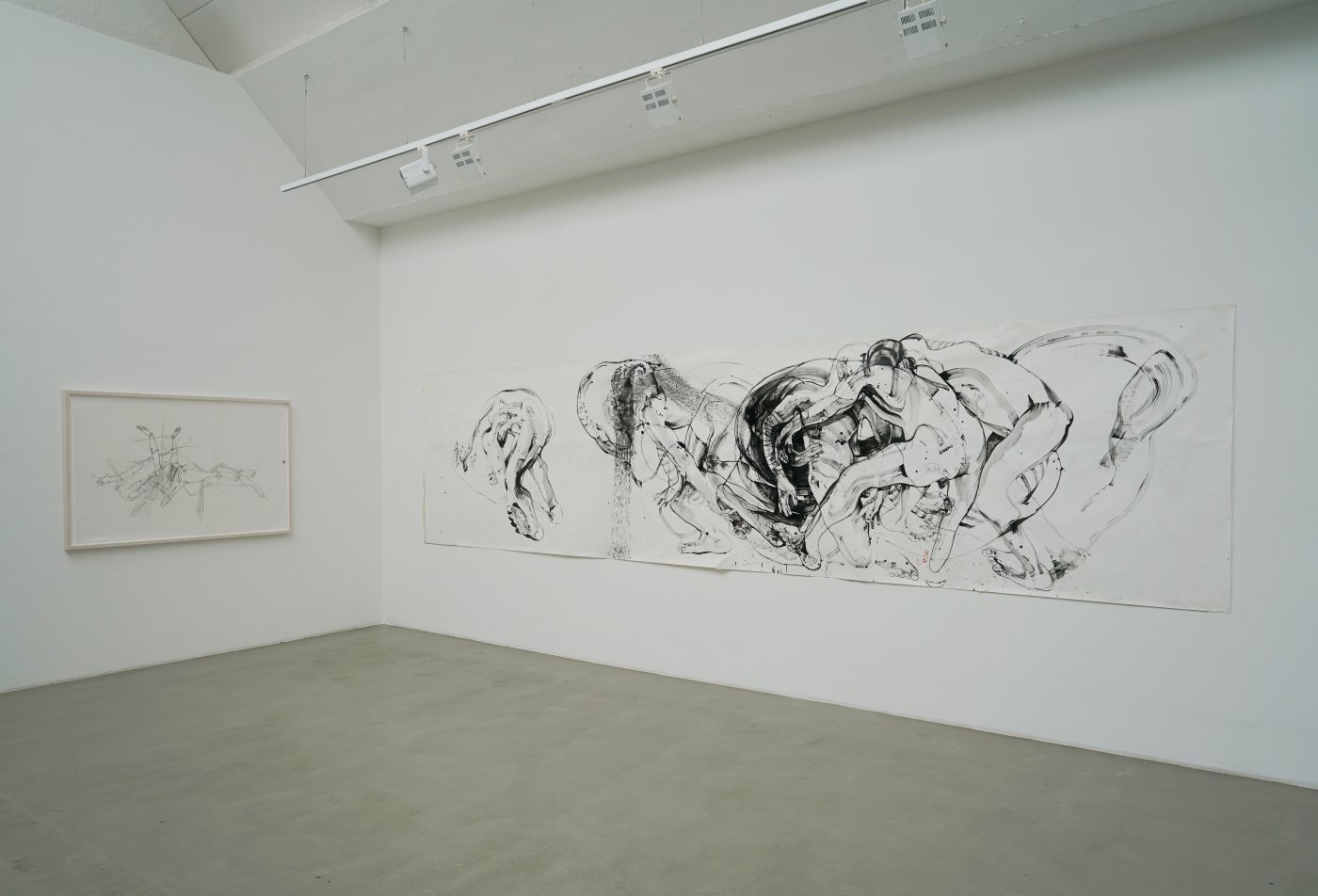 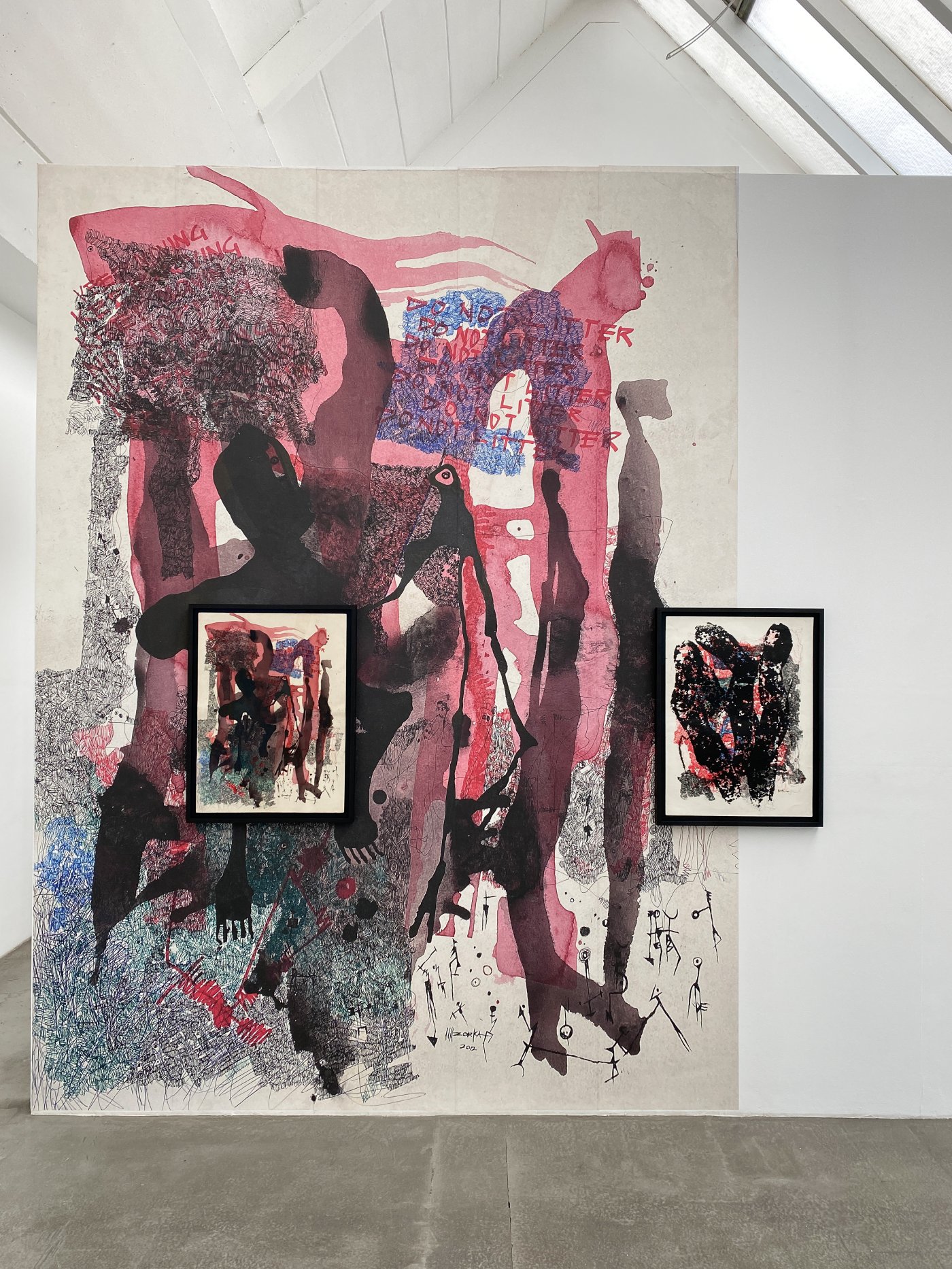 Martin Dammann (b. 1965 in Friedrichshafen/Bodensee) lives in Berlin.
Initially trained as a draftsman, Martin Dammann concentrated on video works in the mid- 1990s and eventually turned to watercolours, photography and photo installations. His large format watercolours defy all clichés and take up issues and topics that have barely been addressed before through this particular artistic technique: identity and gender, fascism, colonialism. Dammann’s work is featured in many private and public collections in Europe, USA and Canada, including, amongst others, the Sammlung des Deutschen Bundestags, the Sammlung des Bundes, the Märkische Museum in Witten, the Centre Pompidou, the Guerlain collection, the Burger collection, the Sigg collection and the Musee de Dole.

Native Maqari (b. 1980 in Zaria Nigeria) lives and works in Paris, France.
He is a multidisciplinary artist whose work spans video, installation, performance, painting and drawing. Maqari’s drawing practice is rooted in his work in graffiti, with a fast-paced rhythm and spontaneous style. Made entirely from the artist’s personal recollections, they are in an attempt to harness a final flicker of life.
Native Maqari is in major African and international collections such as the Pompidou and the Smithsonian.

Chloe Piene (b. 1972 in the USA) lives and works in New York and Warsaw.
The artist, known for her explosive charcoal drawings of nude figures, has an indefatigable interest in extreme anatomical dexterity of the body. Isolated on blank paper, the confined, nervous and self-absorbed bodies possess neither painful individuality nor convincing humanity. Technically and formally stunning, her drawings are both operatic and somehow inert. Collections include: Die Staatlichen Kunstsammlungen Dresden, Stattlichen Museen Berlin, Kupfertisch Kabinett, Sammlung-Hoffmann Koenige, The Centre Pompidou, Paris, the Museum of Modern Art and the Whitney Museum of Art, New York, The Los Angeles Museum of Contemporary Art, among others.

Uche Uzorka (b. 1974 in Delta State, Nigeria) is a mixed media artist who lives and works in Uzorka’s practice incorporates painting, collage, cutting and pasting, charcoal, and ink drawing in an examination of processes of urban street culture. Uzorka won First Place in the National Art Competition in 2011 for his collaboration with artist Chike Obeagu. Uche Uzorka is an influential position that is presented in major African collections.

Azu Nwagbogu is the Founder and Director of African Artists’ Foundation (AAF), a non- profit organisation based in Lagos, Nigeria. Nwagbogu was appointed the Interim Director/ Head Curator of the Zeitz Museum of Contemporary Art in South Africa from 2018 to 2019. Nwagbogu also serves as Founder and Director of LagosPhoto Festival. He is the publisher of Art Base Africa. In 2021, Azu Nwagbogu was selected as the recipient of the Curatorship Award by the Royal Photographic Society and listed as one of the 100 most influential people in the contemporary art world by Art Review’s Power 100.