Galerie Max Hetzler presents a solo exhibition of sculptures and installations by Inge Mahn at Bleibtreustraße 45. This is the artist’s fifth solo presentation with Galerie Max Hetzler, the first having taken place in 1975. 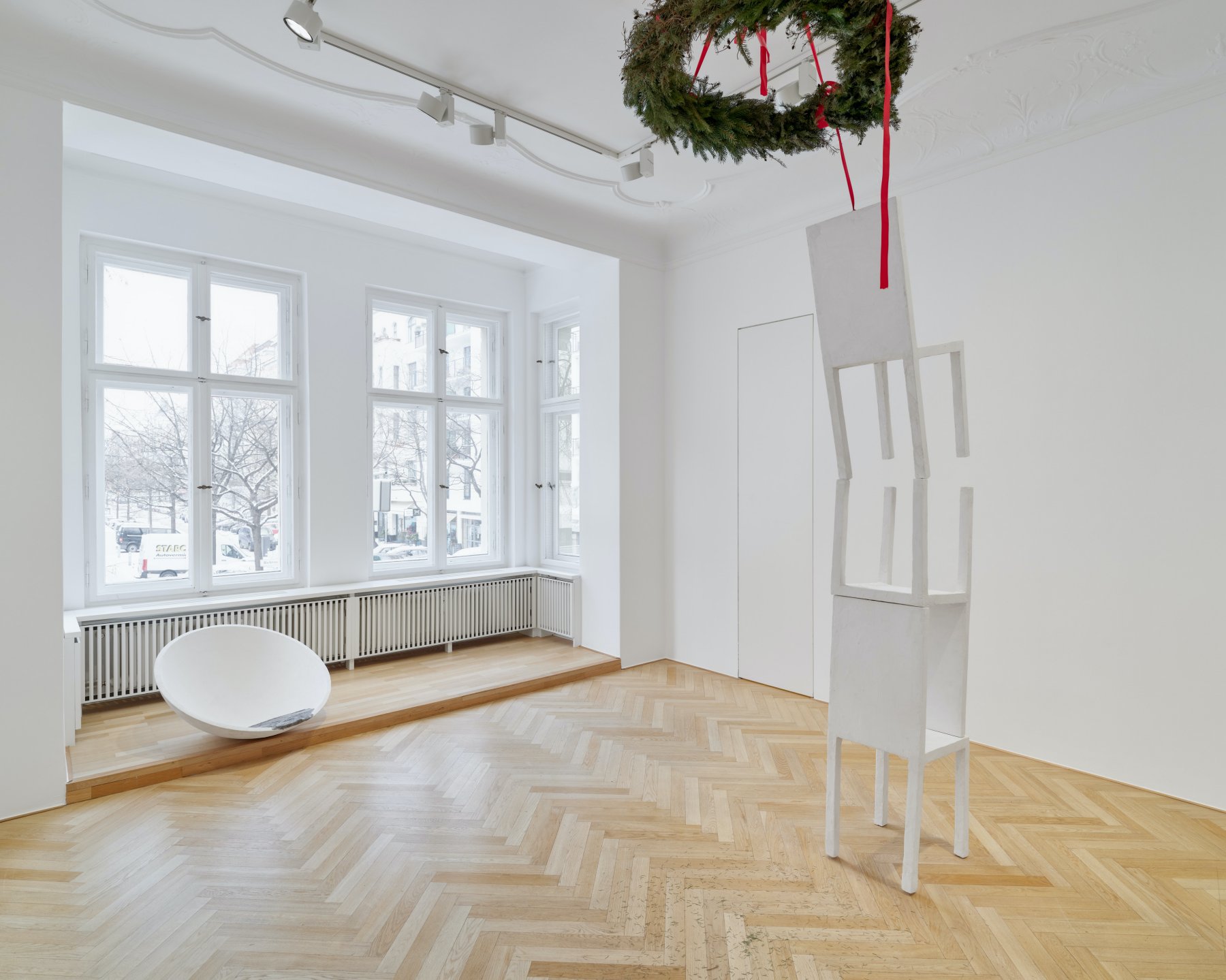 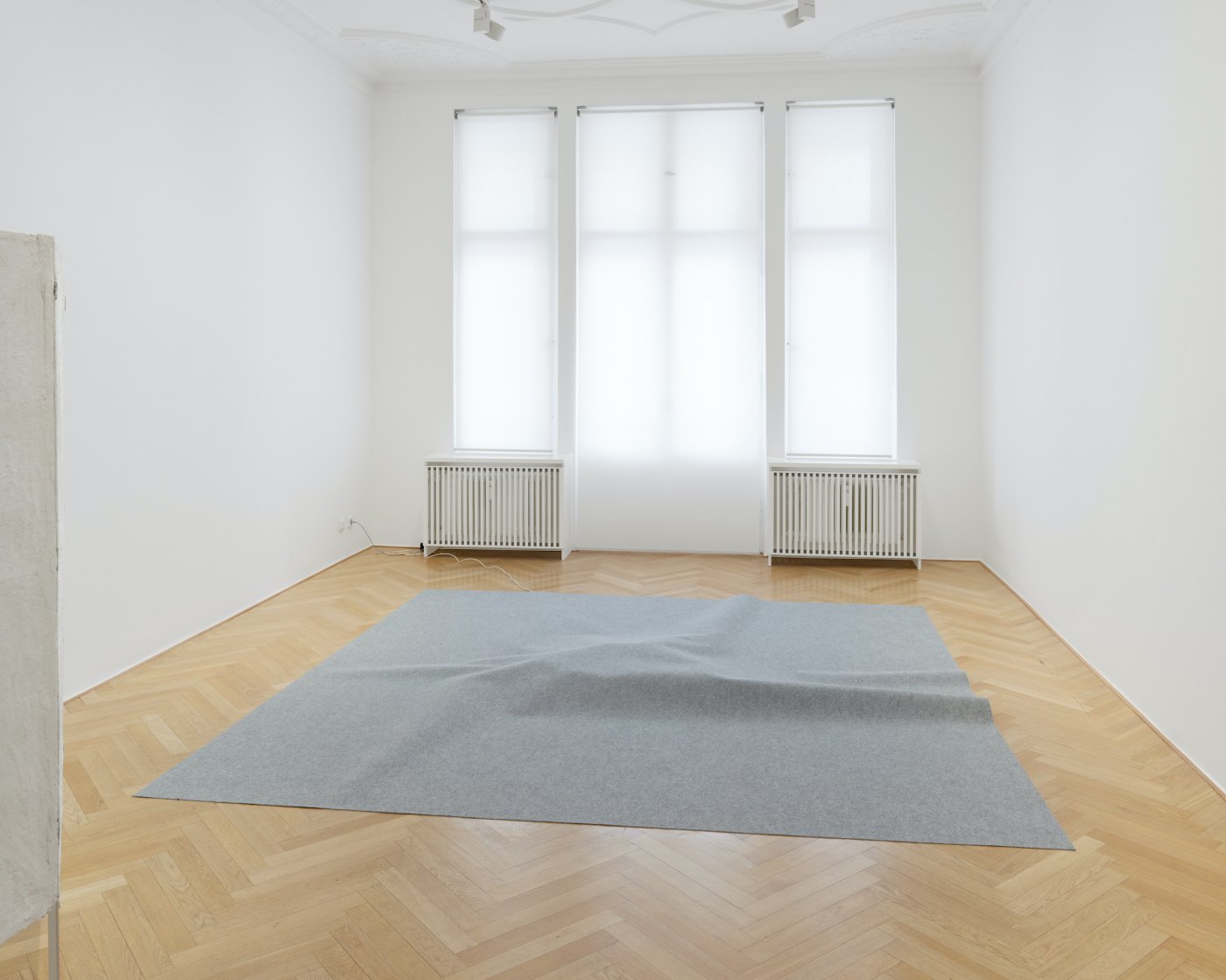 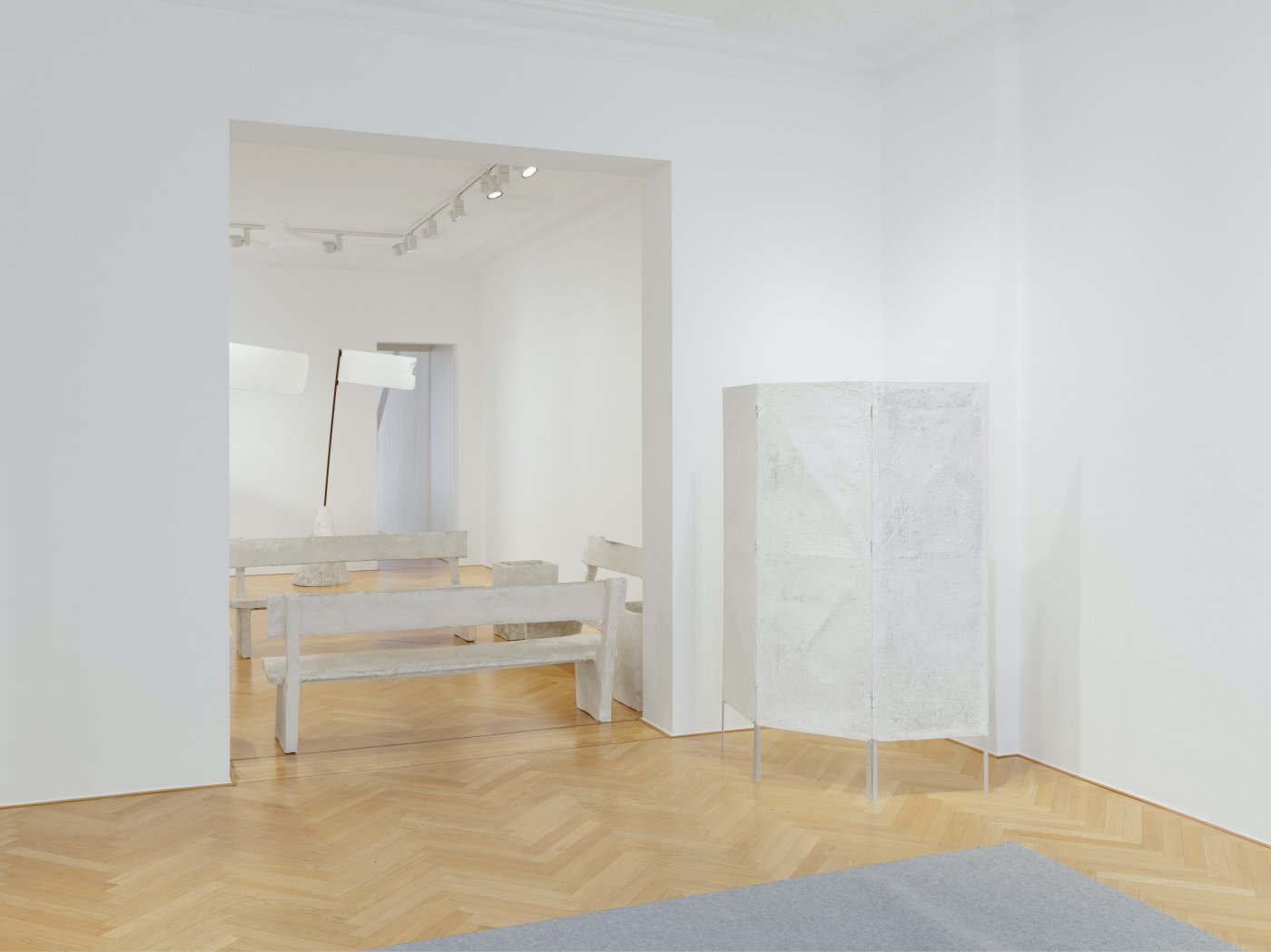 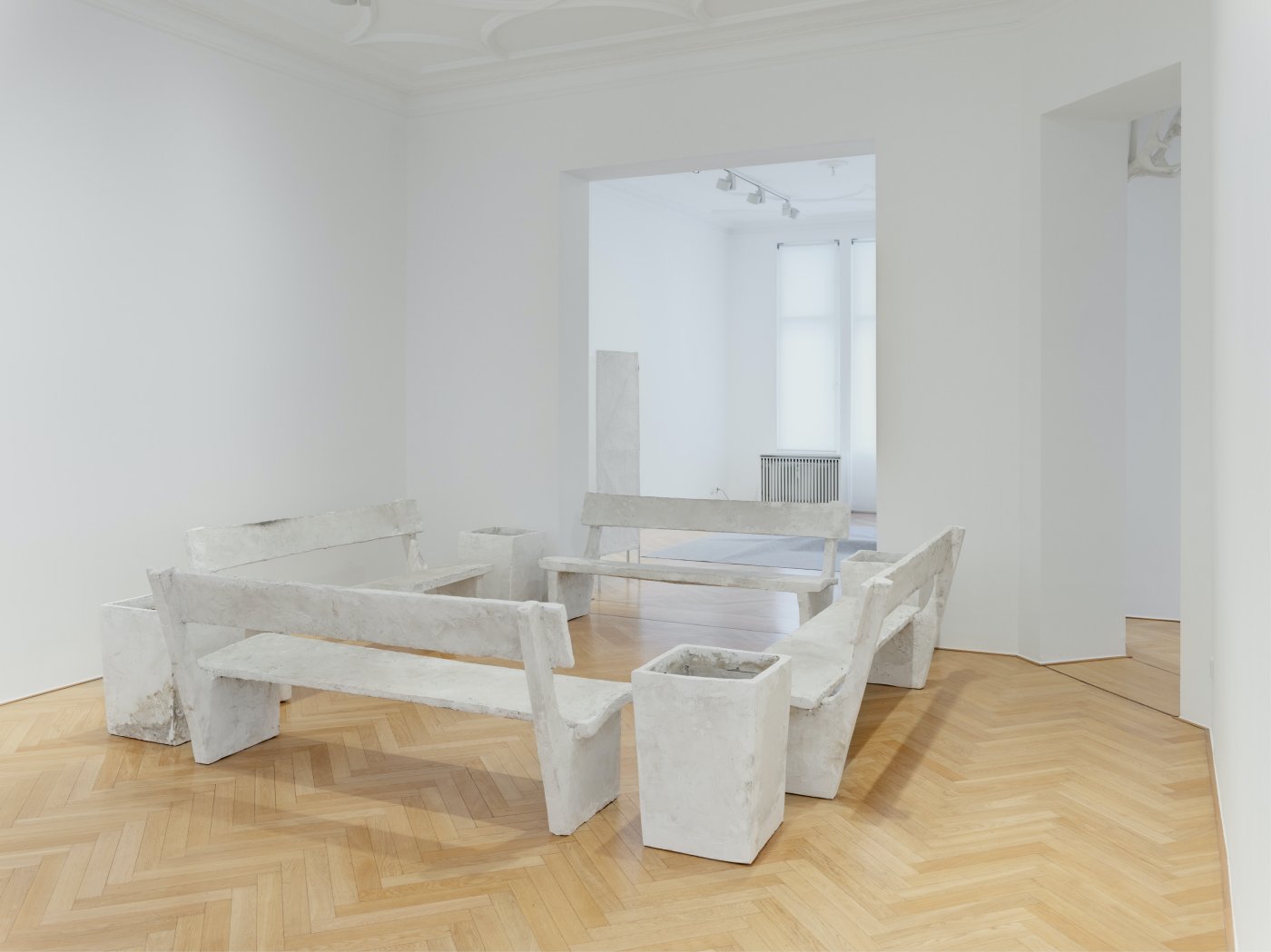 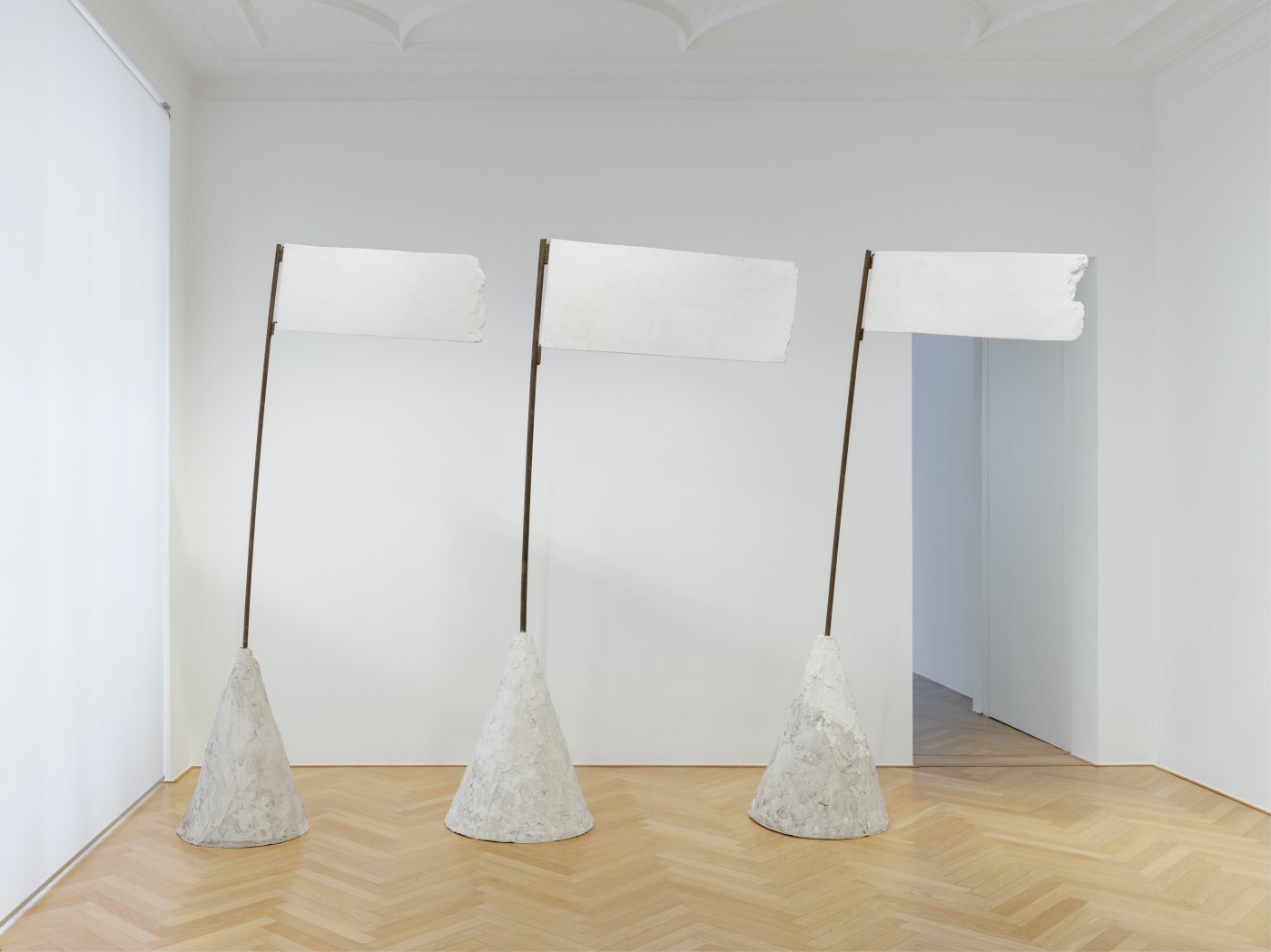 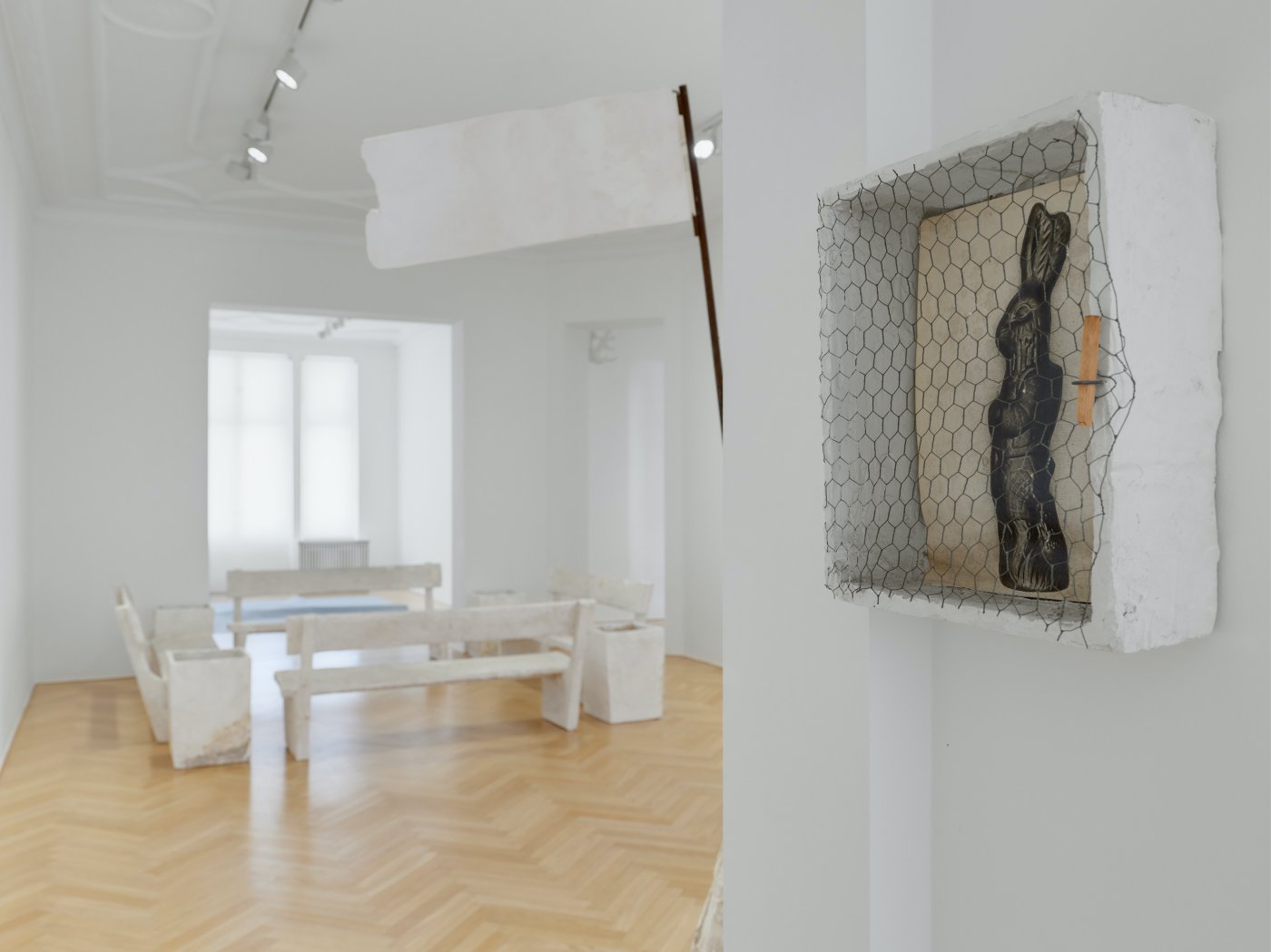 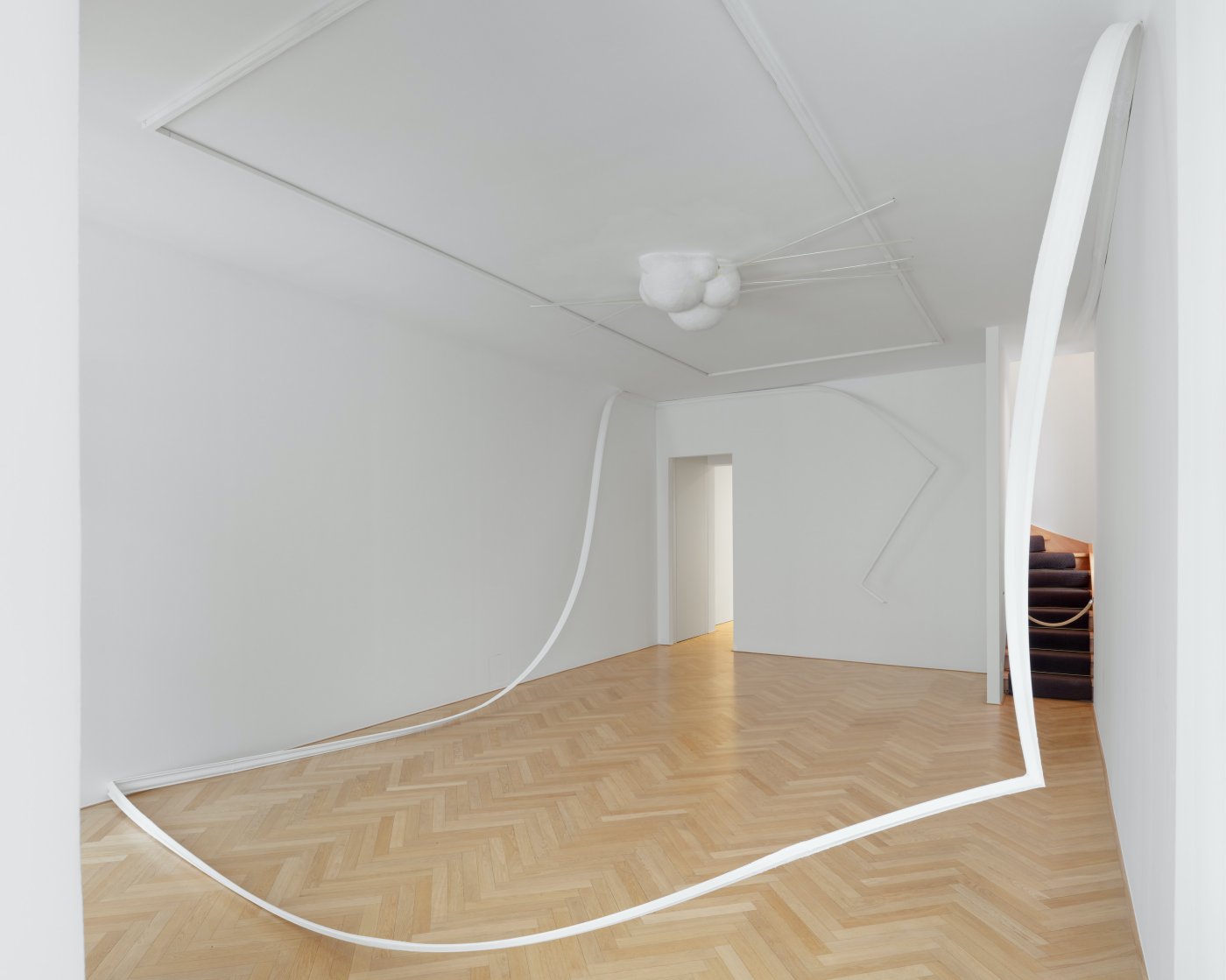 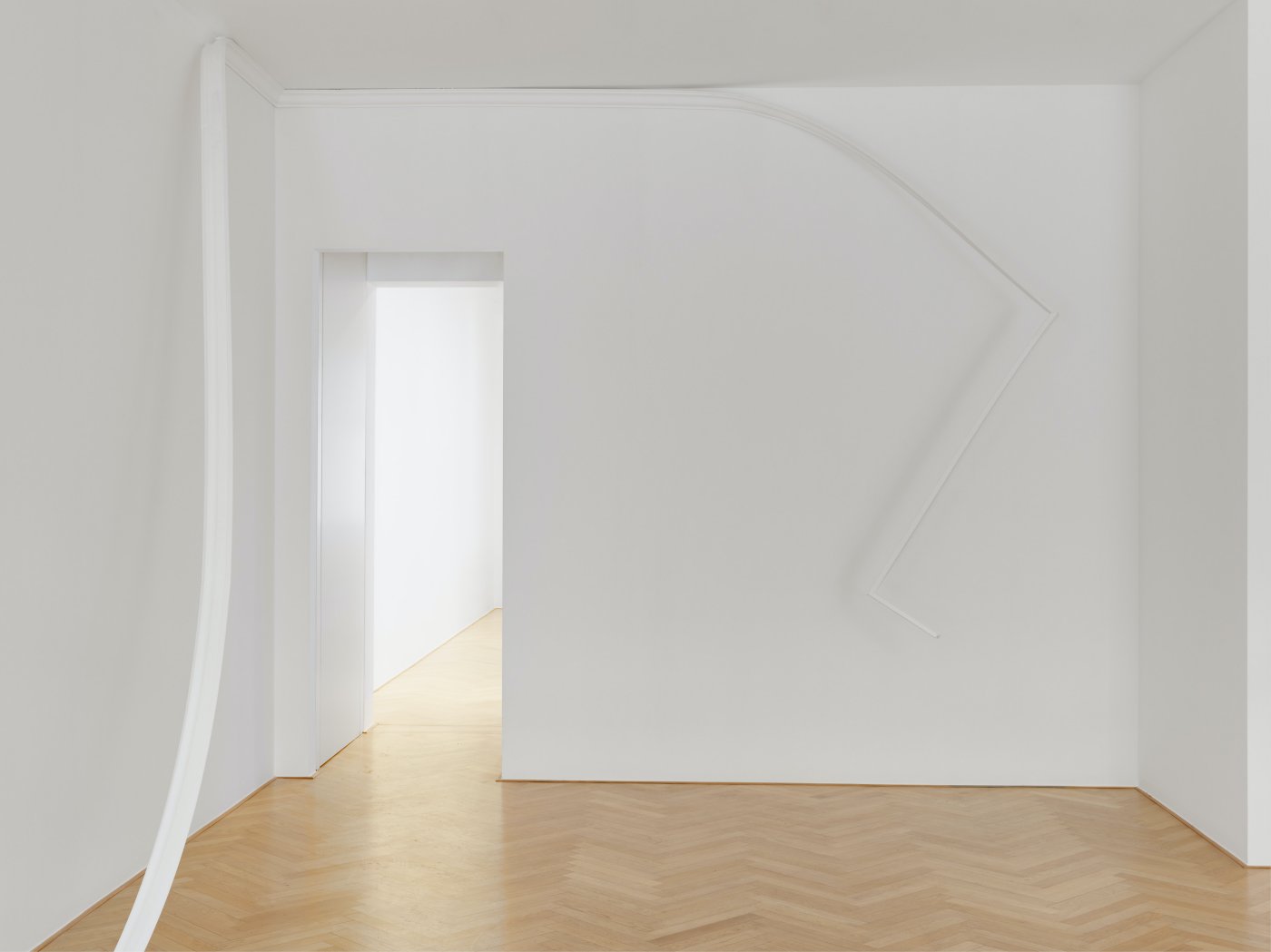 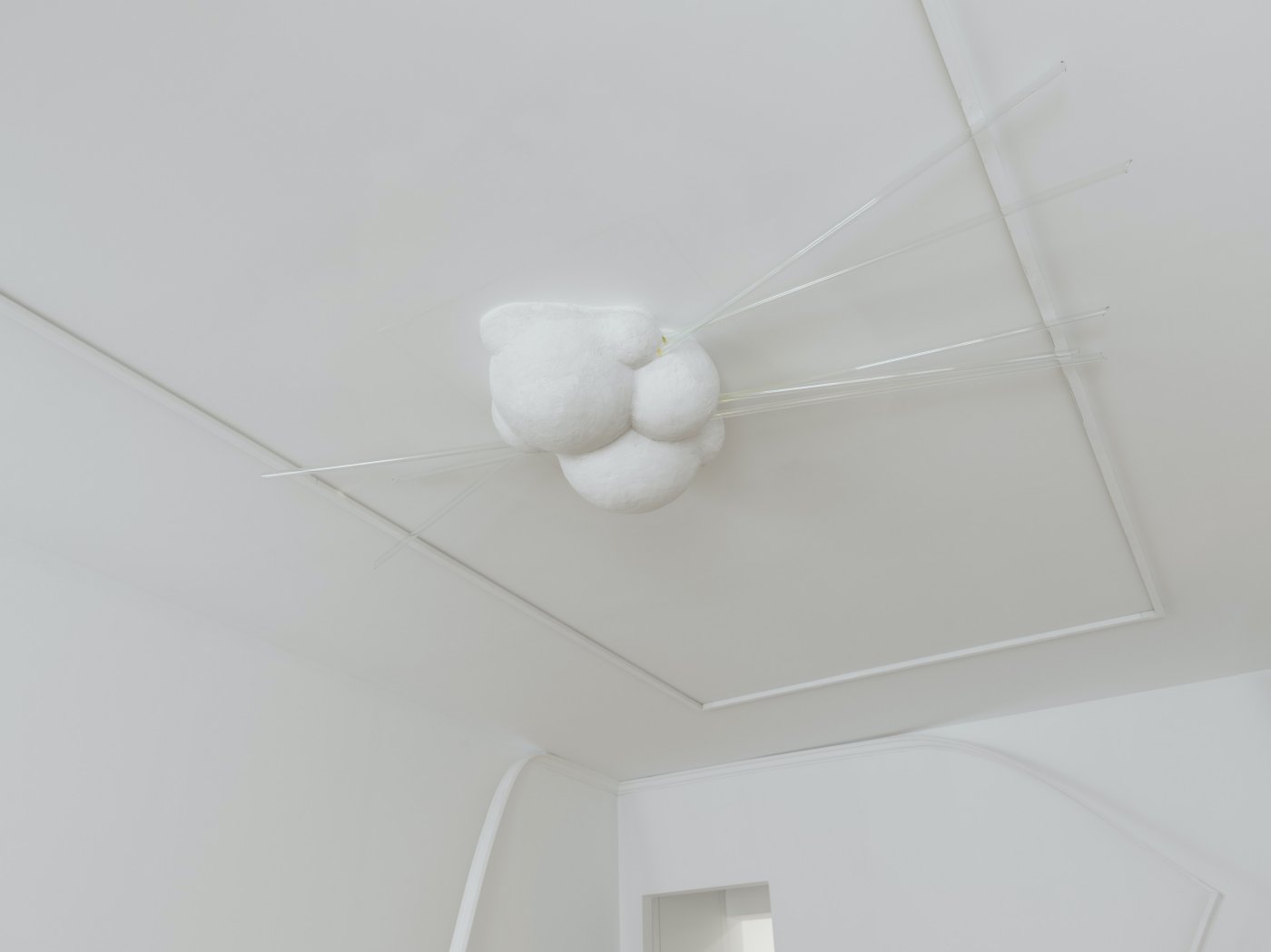 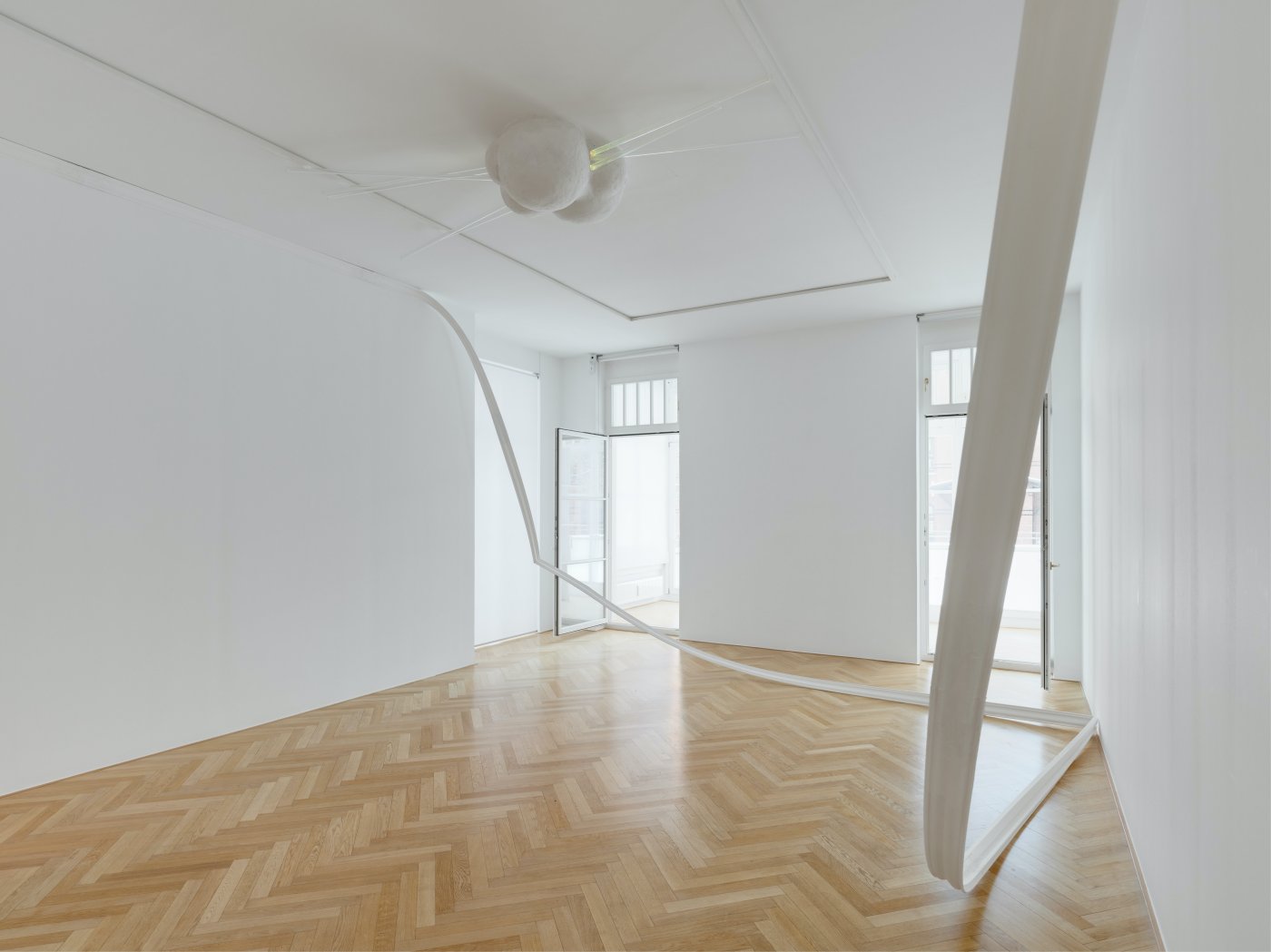 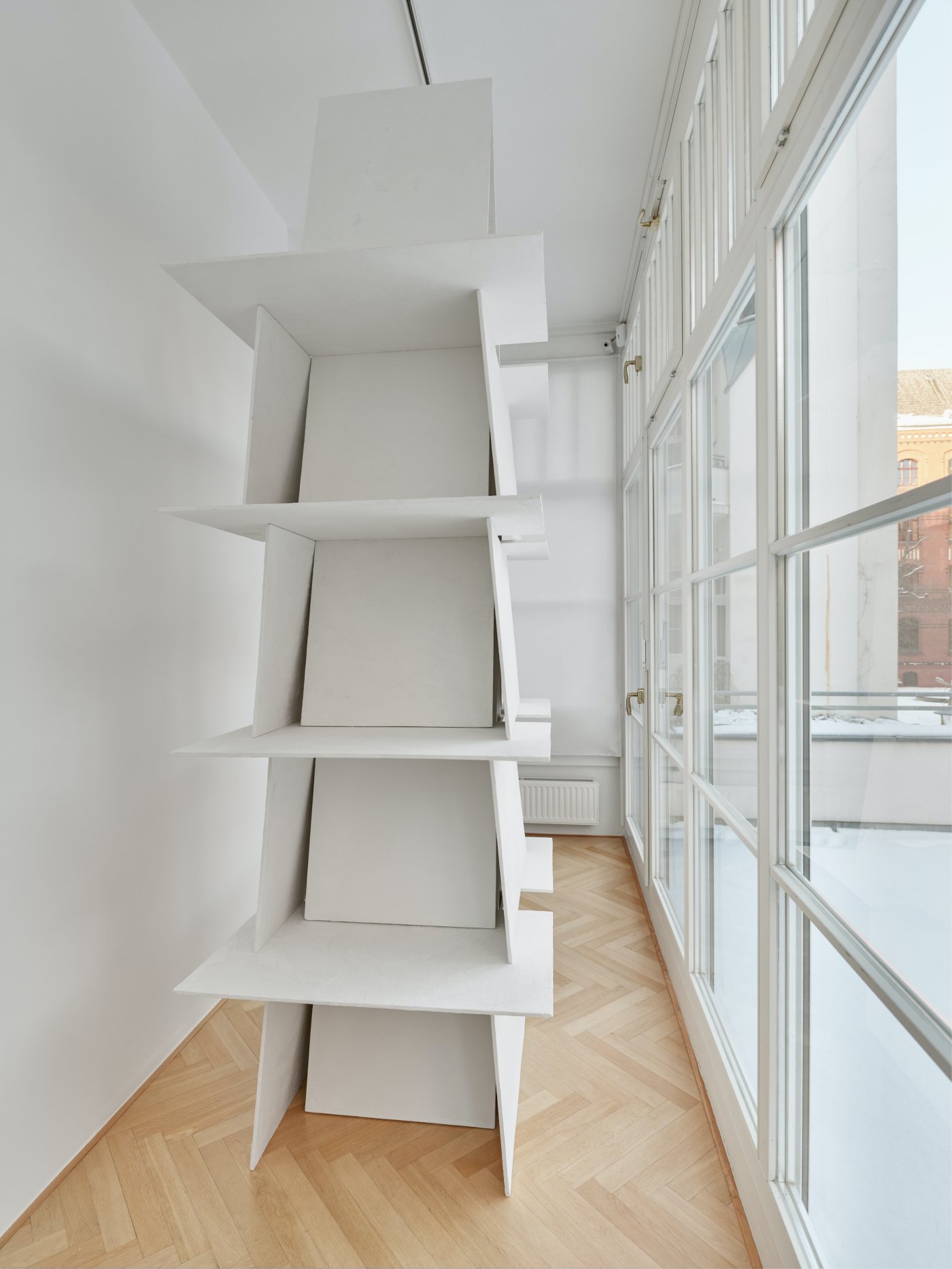 Mahn is known for her sculptural and performative works, which intensively engage with the surrounding space. The works, mostly made of white plaster, are not to be considered as isolated entities, but evolve within the individual architectural and social realities which enclose them. Moreover, they are defined by an alienation of the commonplace. Through subtle additions, subtractions and recontextualisation, the artist estranges and manipulates everyday objects, generating novel, unexpected perspectives of the ordinary and deliberately challenging conventional functions of mundane objects or places. Even though the majority of Mahn’s sculptures take over the form of existing entities, the artist never creates copies, but rather translates the objects into her own language, imbuing them with new connotations and meanings. Through their constantly dynamic character, Mahn’s works evoke a sense of permanent transformation.

In her current exhibition at Galerie Max Hetzler, Mahn presents both early and new works, explicitly engaging with the exhibition space as an area of former bourgeois housing. Elements such as stucco ornamentation and Wilhelminian-style room layouts are humorously questioned, as is the fragile notion of the bourgeois pastoral. The artist remarkably succeeds in placing people, things and spaces in new relations to each other and thereby creates a universe of unimagined possibilities, which defy established perceptions, concepts and conventions, whilst also providing an impetus for change.

“Inge Mahn’s sculptures are thus poetic interventions into our surroundings: details are picked out, doubled, multiplied, added to. Things come into flow, the environment gets into motion, so that we see, feel and understand it anew.“

Inge Mahn (*1943, Teschen, Poland) lives and works in Berlin and Groß Fredenwalde (Germany). Mahn studied as a master student in the class of Joseph Beuys at the Kunstakademie Düsseldorf. With her graduation work “Schulklasse”, (1970), she was represented at documenta V in 1972, curated by Harald Szeemann. She has held several professorships, most recently at the Kunsthochschule Berlin-Weissensee. In 2020, she became the first artist to be invited to live and work in the Masters’ Houses as part of the Bauhaus residency program “Haus Gropius Fiktional.”