To mark the start of the autumn season, JGM Gallery is exhibiting Incoming Tide at its Battersea space, featuring works by Australia’s cross-cultural Ghost Net Collective. 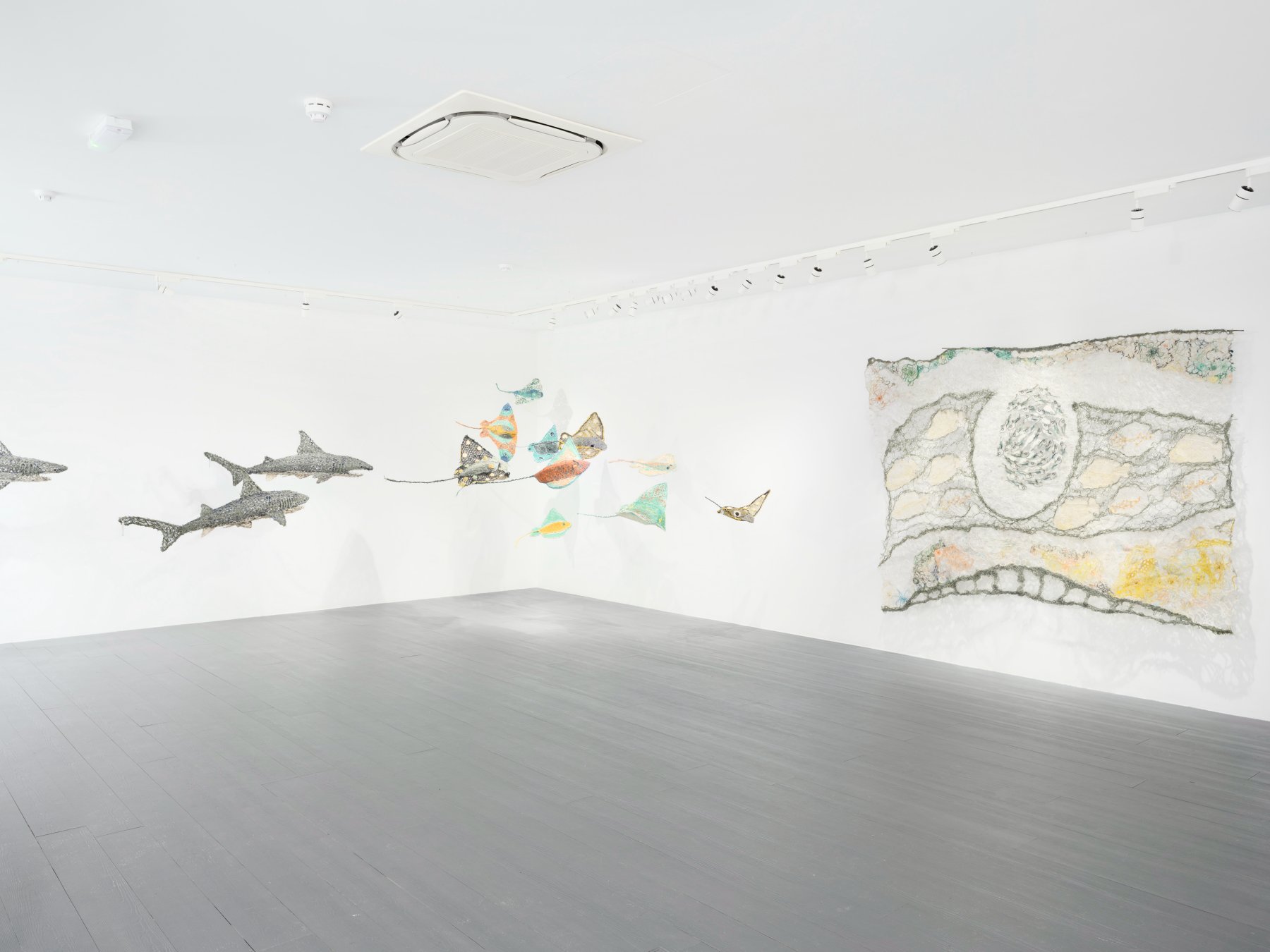 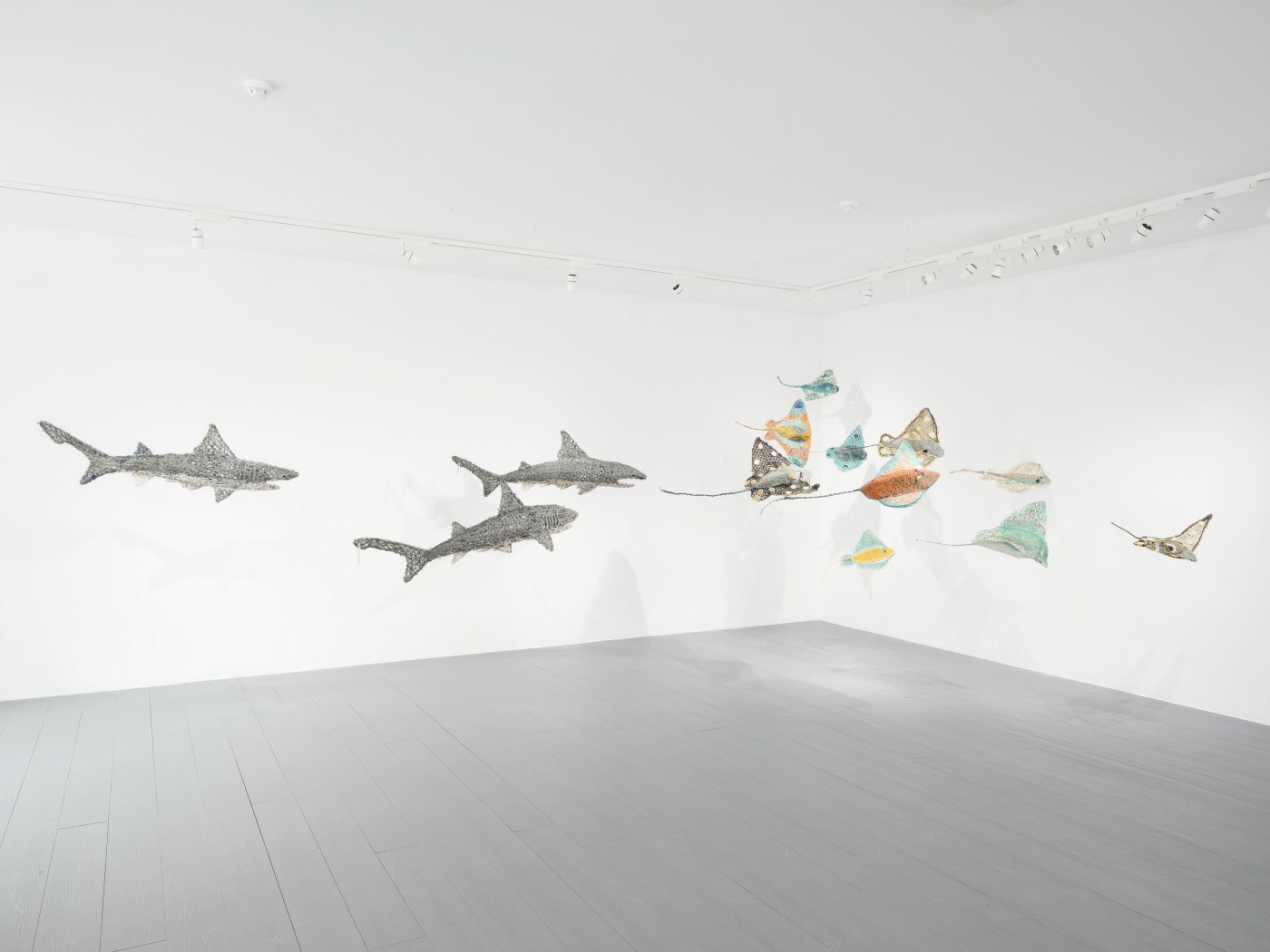 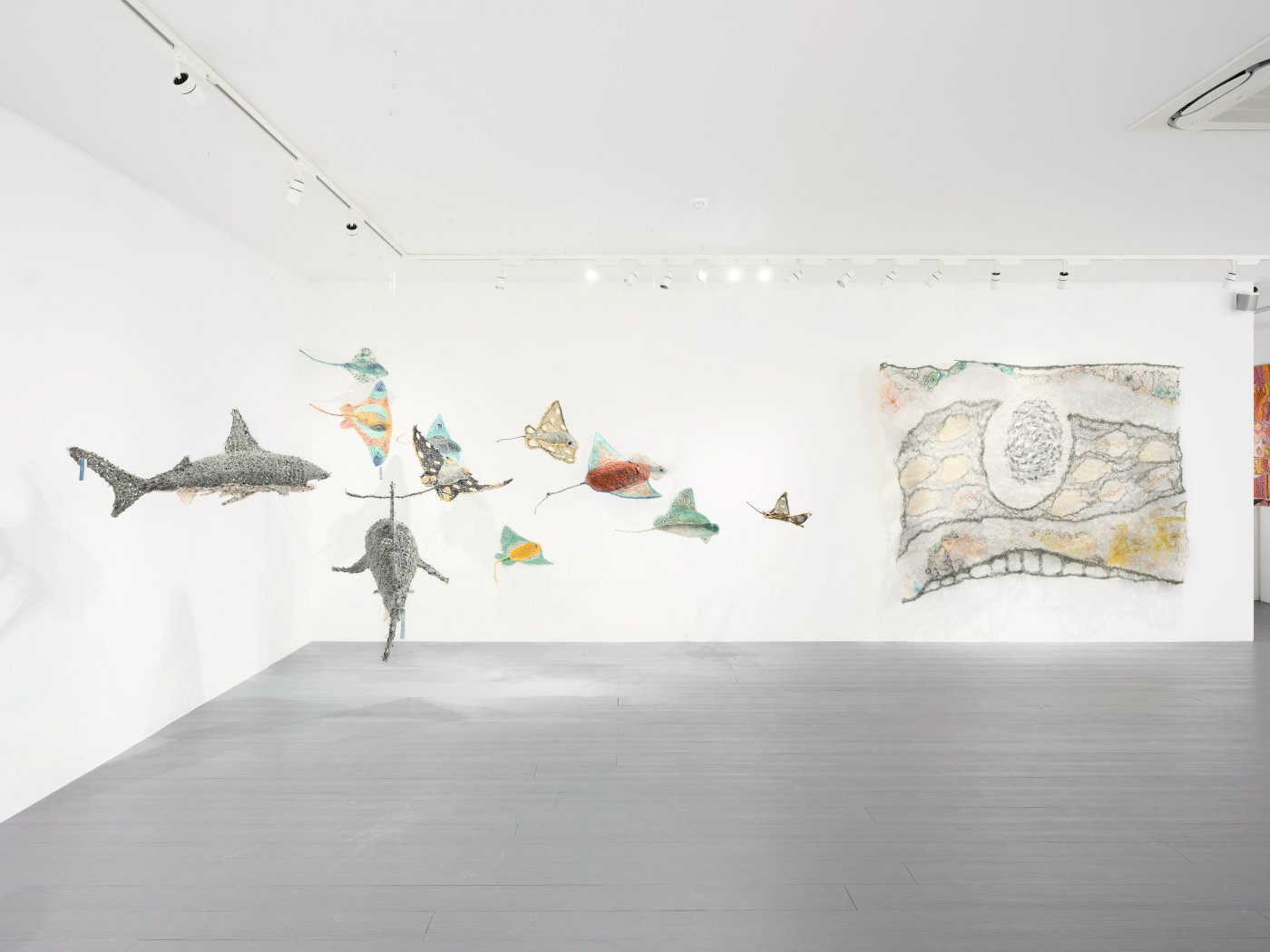 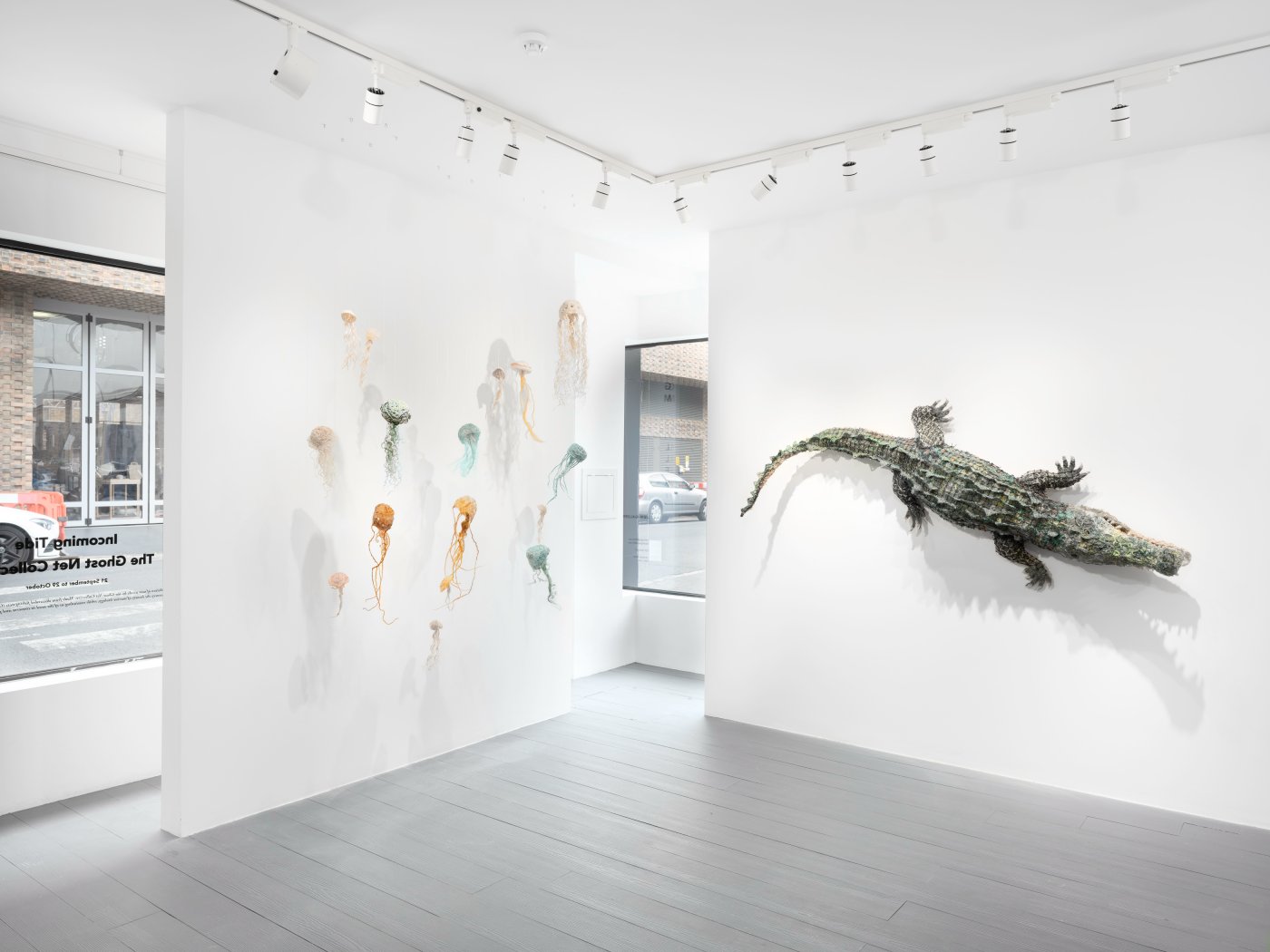 The exhibition includes new sculptures of familiar sea creatures, both predators and prey. Ranging from sharks and crocodiles to rays and sardines, the sculptures are woven from the mesh of recycled fishing nets (Ghost Nets), which have been dumped in the ocean or set adrift in storms.

Incoming Tide follows the success of Caught in the Net (2019), JGM Gallery’s first exhibition in partnership with Erub Arts, a founding member of the Ghost Net Collective. The Collective was officially founded in 2020. It includes artists from the Torres Strait Islands, an archipelago stretching towards Papua New Guinea, and from the Queensland coast, close to the Great Barrier Reef, the world’s largest coral reef system.

Ghost Nets are among the most harmful types of plastic in the ocean. Each year, nets weighing five to ten times the weight of the Sydney Harbour Bridge are discarded to drift aimlessly in the world’s oceans (source: WWF). The nets in turn become a predator of the natural world, strangling sea mammals, damaging coral and killing fish.

Jennifer Guerrini Maraldi (Director of JGM Gallery), says that “The artists have woven together their concerns for the environment with traditional seafaring stories from Aboriginal culture. They have used art to help understand and make sense of the world – our world – and of what is happening to the oceans.”

Lynnette Griffiths (Director of the Ghost Net Collective), says: “The incoming tide – which in Torres Strait Creole is tide ya kum untap nau (the tide comes on top now) – brings not only debris from elsewhere, but also fresh new water, symbolising a new beginning whatever and however that might appear.”

The Ghost Net Collective is renowned for making large outdoor installations, as well as smaller-scale works. The pieces are found in private and public art collections around the world, including in Sydney’s National Maritime Museum and The British Museum.

Courtesy of the artists and JGM Gallery, London