In the Eye of Bambi: ”la Caixa” Collection of Contemporary Art Selected by Verónica Gerber Bicecci

In the Eye of Bambi: ”la Caixa” Collection of Contemporary Art Selected by Verónica Gerber Bicecci 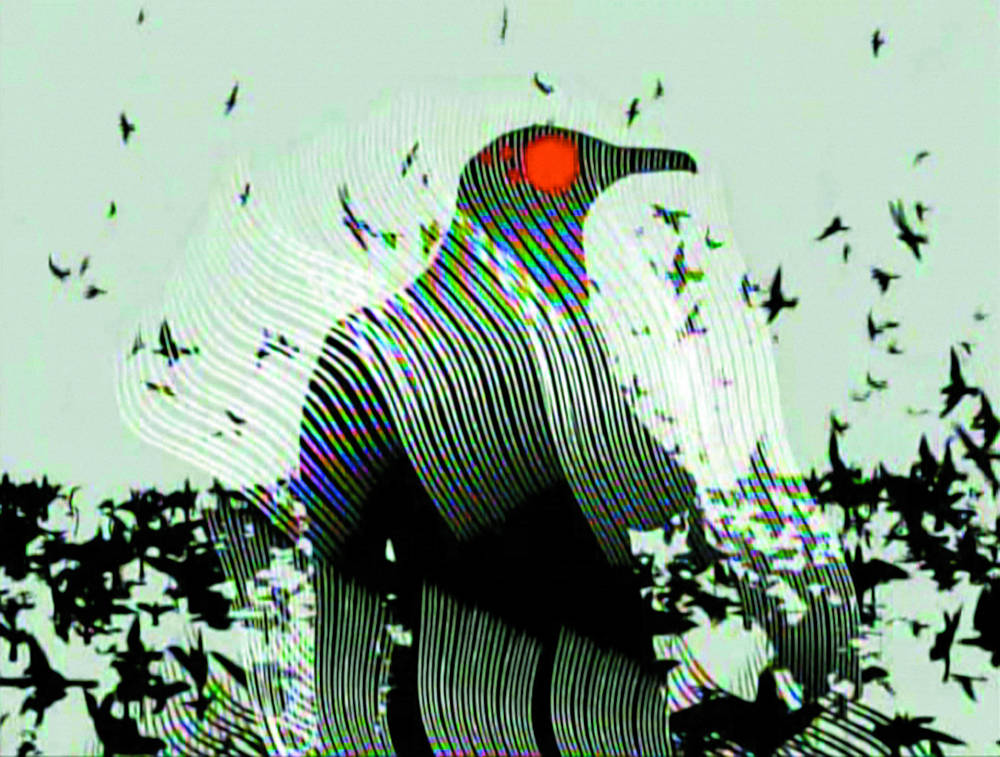 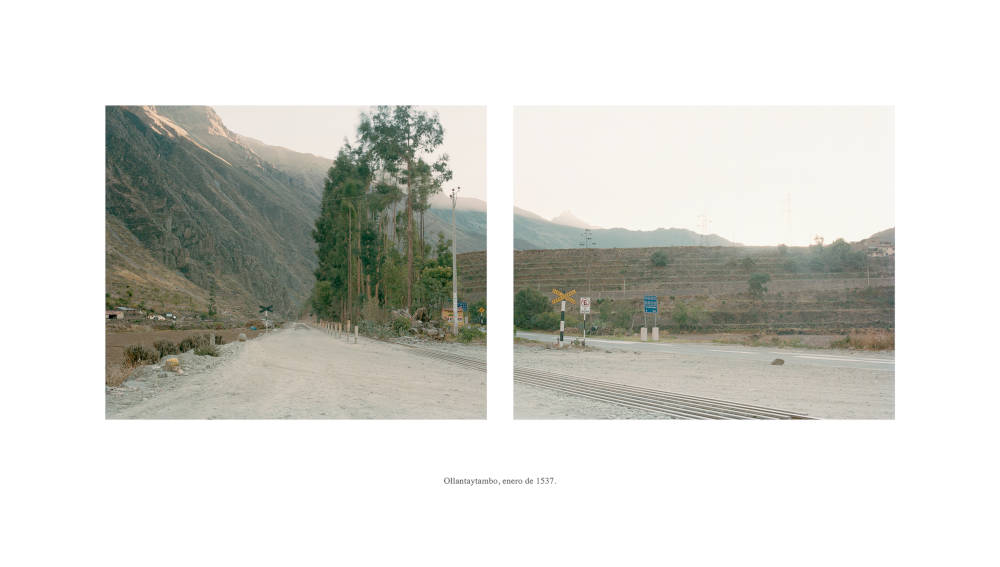 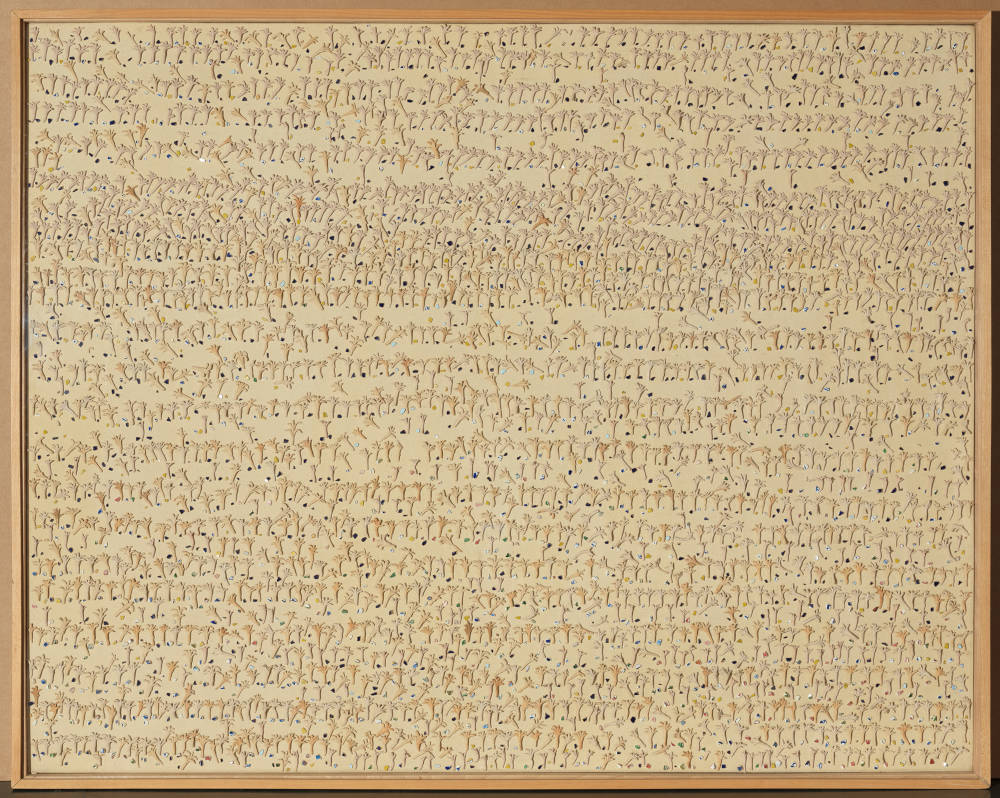 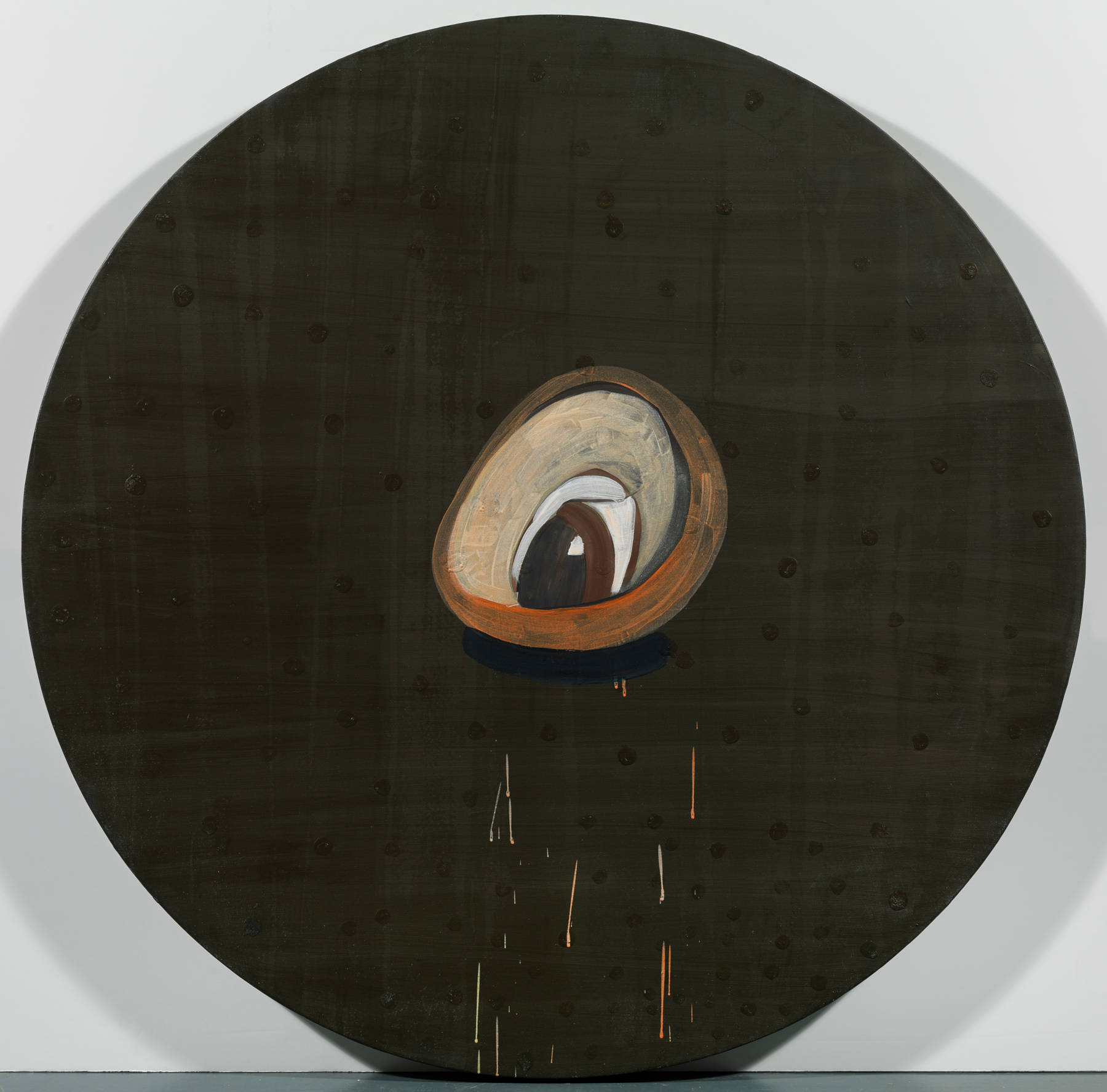 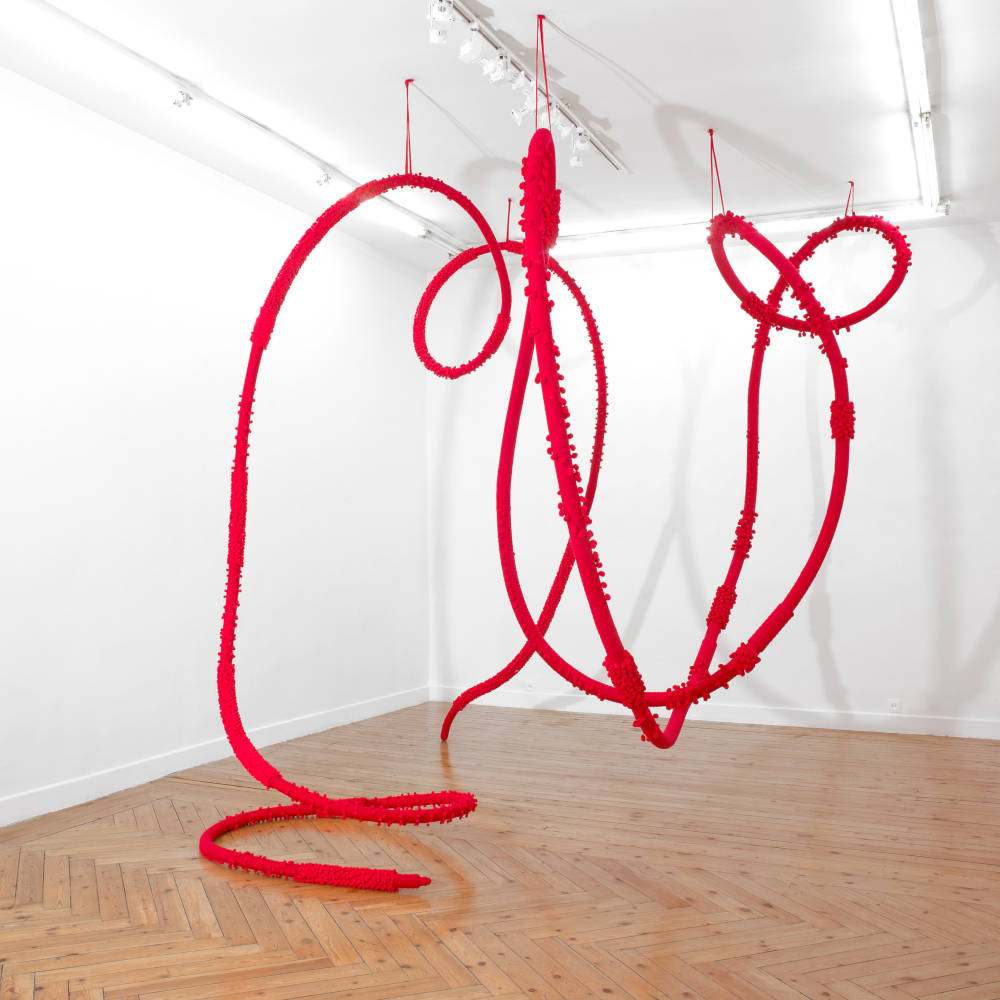 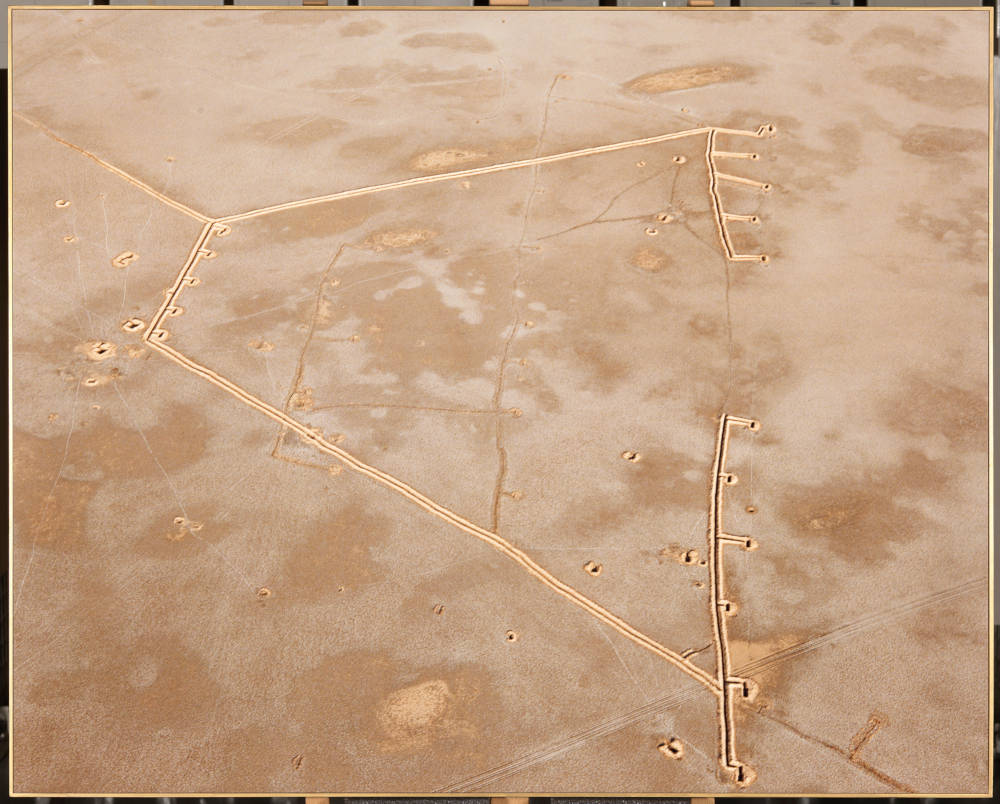 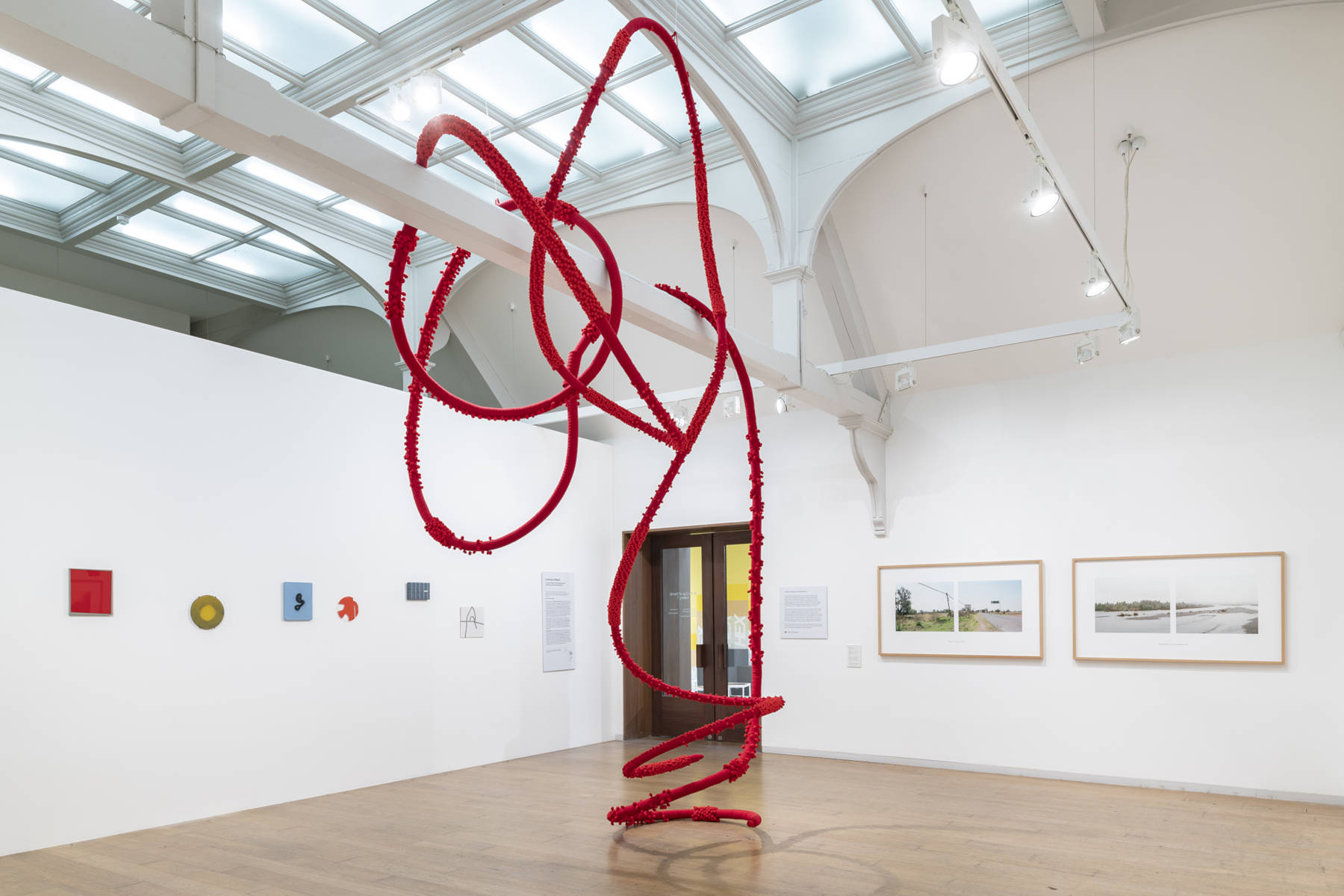 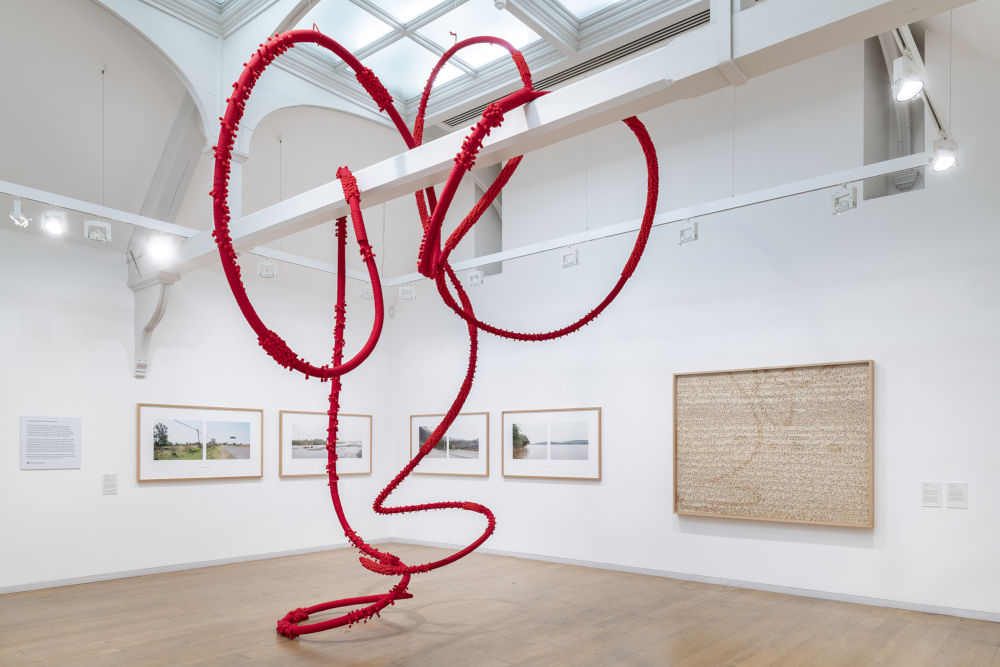 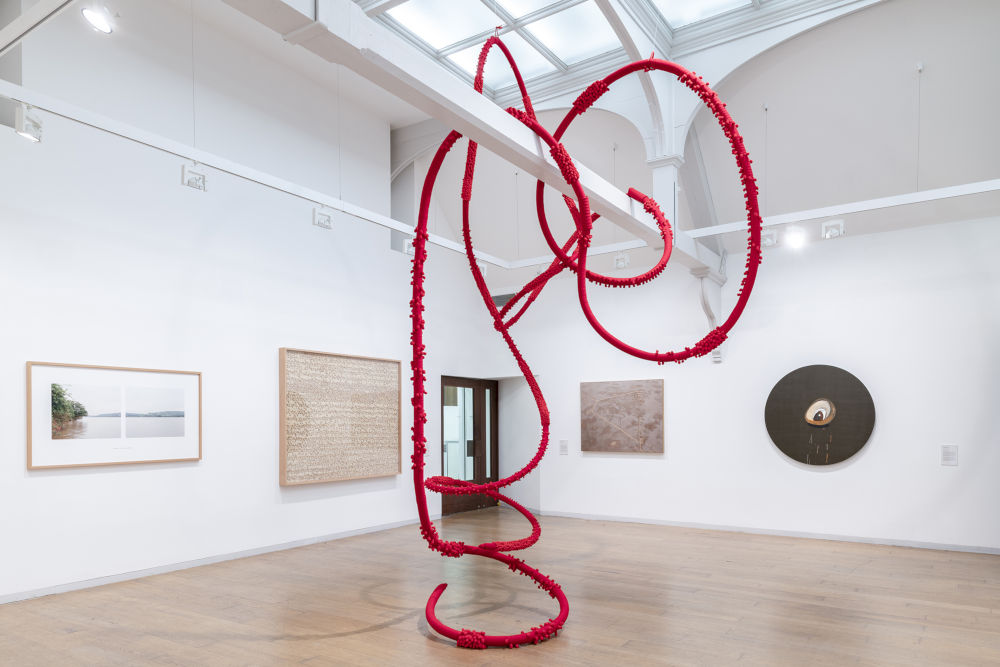 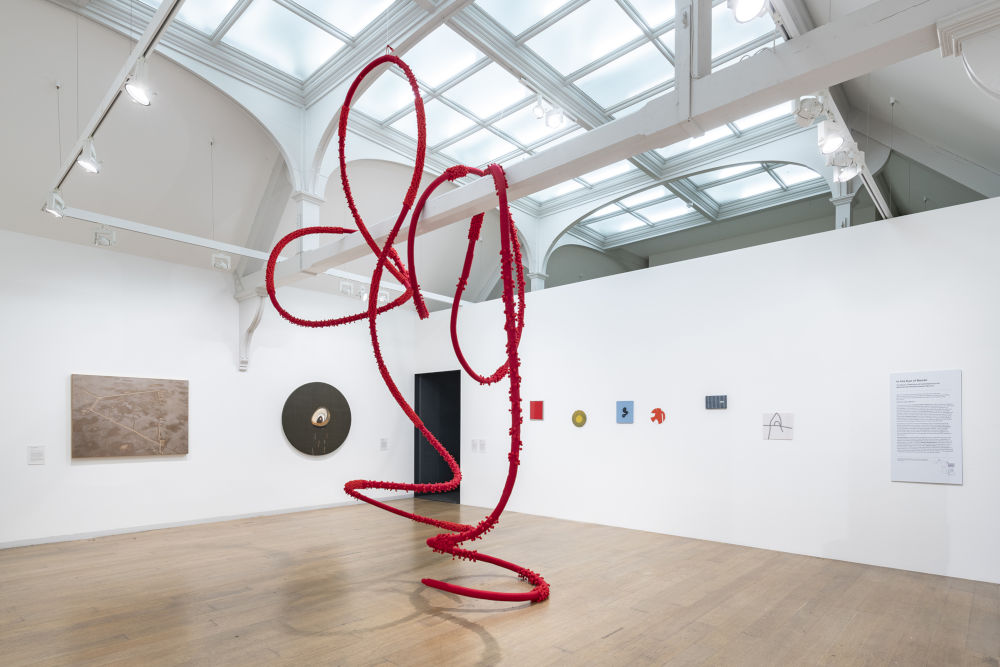 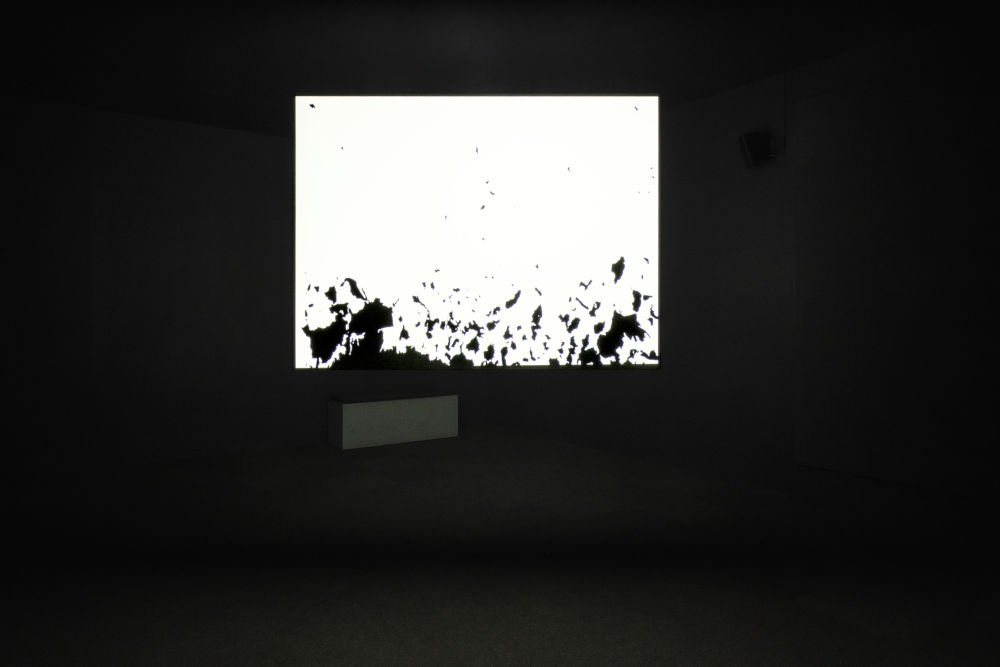 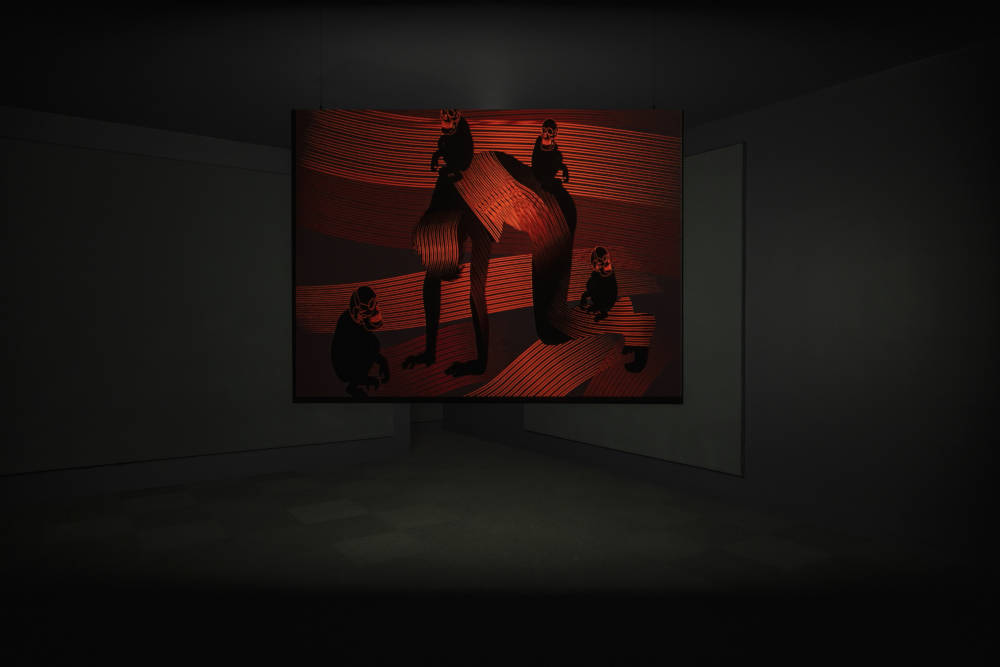 A forest creeper invades the gallery with its sinuous tendrils. This hanging sculpture by Concha García (b. 1960, Spain) is made of bright red wool, alerting us to the danger that all is not right in the world. Nearby, an enlarged eye looks out at the viewer from a circular painting by Victoria Civera (b. 1955, Spain). It is revealed as the eye of Disney’s plucky fawn orphaned by the destructive actions of humans and the protagonist of Bambi, A Life in the Woods (1924) by Felix Salten, one of the first environmental novels. These works have been selected by writer and visual artist Verónica Gerber Bicecci (b. 1981, Mexico) from ”la Caixa” Collection of Contemporary Art.

Bicecci proposes a science fiction scenario titled En el ojo de Bambi (In the Eye of Bambi) based on the aftermath of an apocalyptic event and envisioned by Carlos Amorales (b. 1970, Mexico) in his animated film Useless Wonder (2014). In this double-sided projection, the world map disintegrates into small fragments on one side while on the other humans and animals struggle to co-exist.

Bicecci’s narrative explores the effects of human and environmental catastrophe on landscape and language. Tiny ceramic trees range across the canvas of Carmen Calvo’s (b. 1950, Spain) painting like a ‘cemetery of nature’. Fait #7 by Sophie Ristelhueber (b. 1949, France) examines through photography the debris-strewn and scarred landscape of war. Bleda y Rosa (b. 1969 and 1970, Spain) revisit the sites of colonial-era battles in Latin America where they photograph the now empty places where there was once human life. In a second work by Civera, A-be-ce-da-rio (1991), we are presented with a new alphabet of painted forms which point to an uncertain and changeable future.