Idris Khan: The Pattern of Landscape

Idris Khan: The Pattern of Landscape


For its inaugural exhibition, Sean Kelly, Los Angeles presents The Pattern of Landscape, a new body of work by Idris Khan. The show features large scale paintings, bronze sculptures, watercolors on paper and photography, the exhibition is notable for a series of profound developments in Khan’s work which incorporates both music and text for the first time. 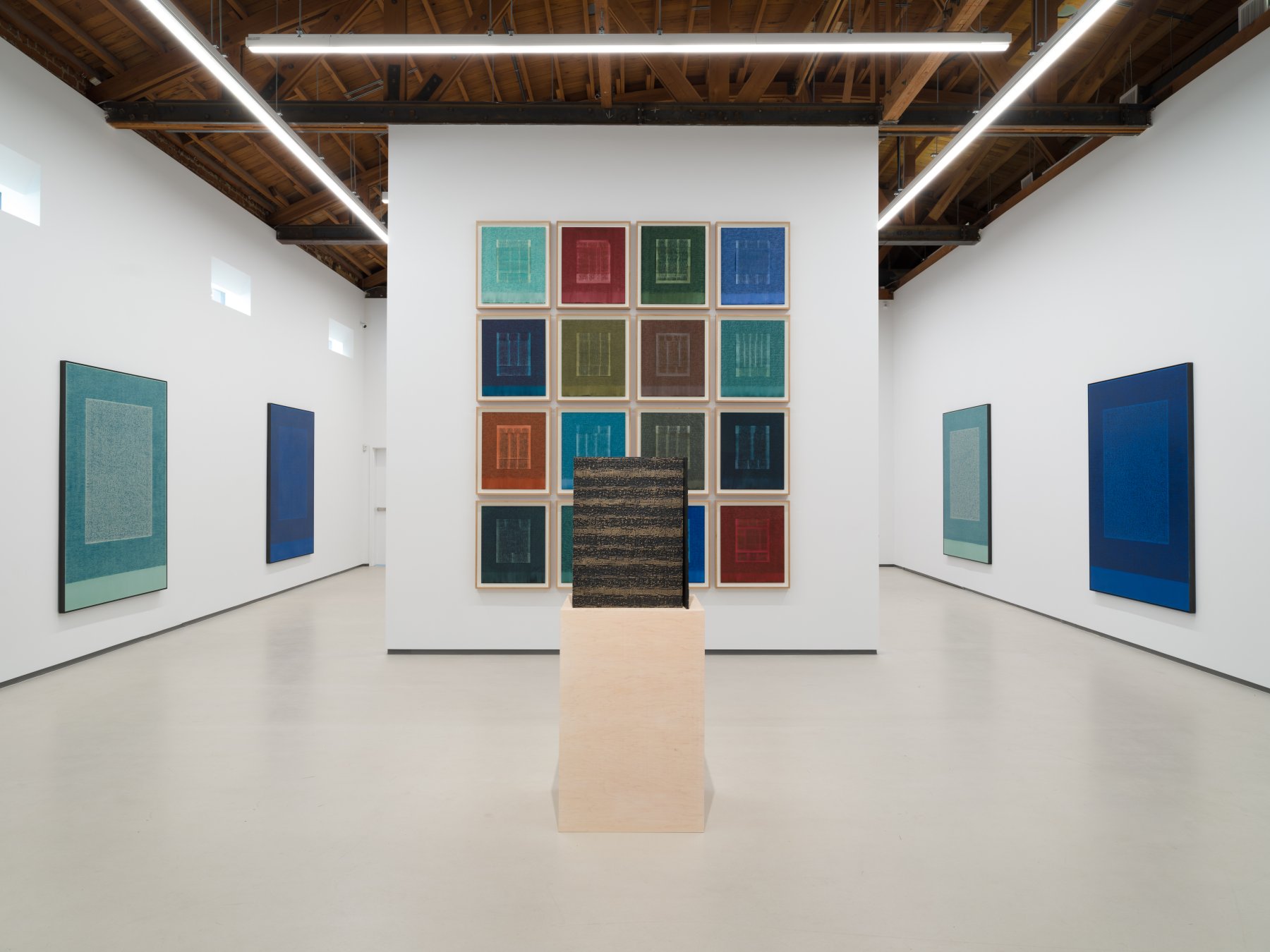 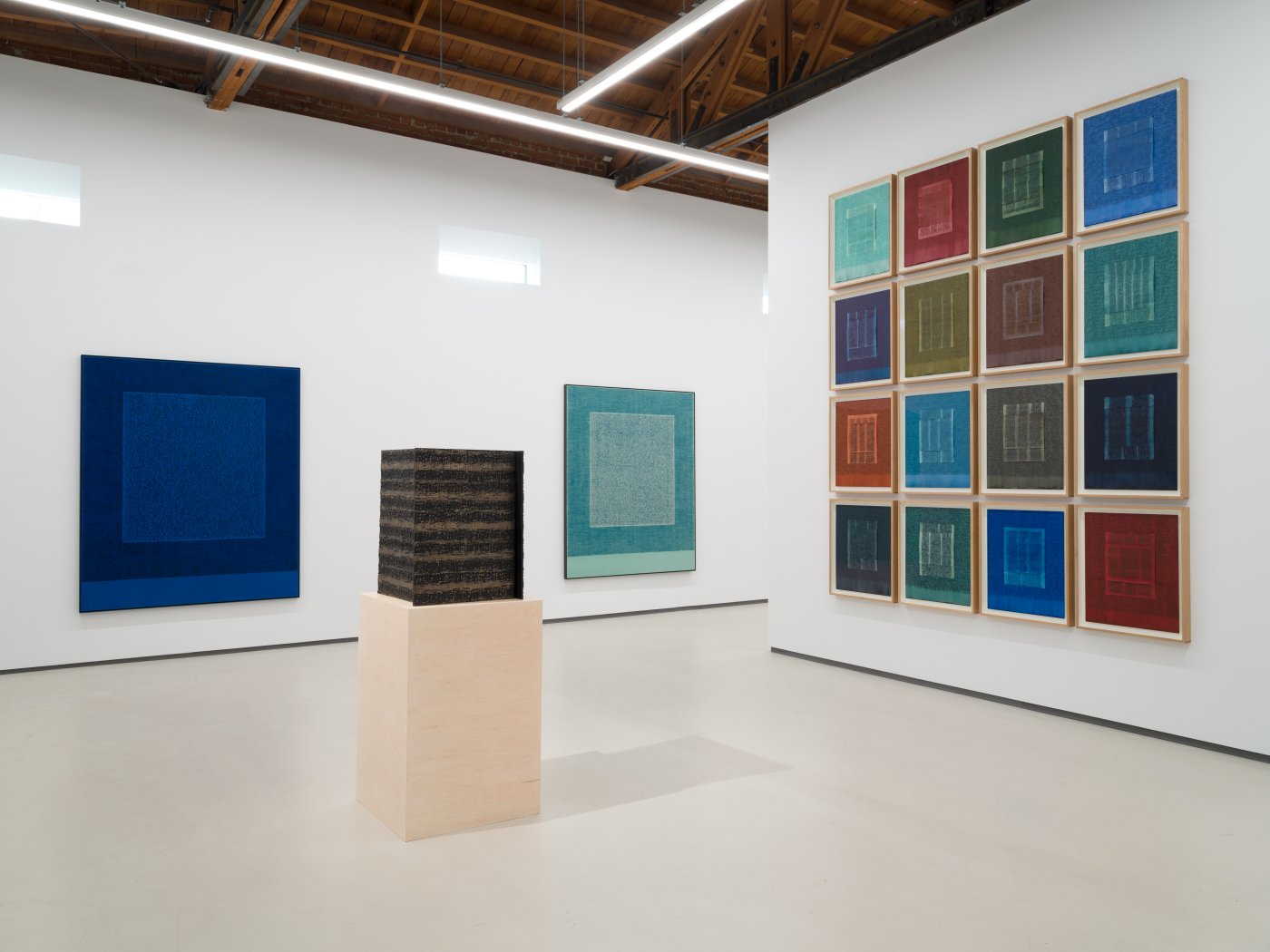 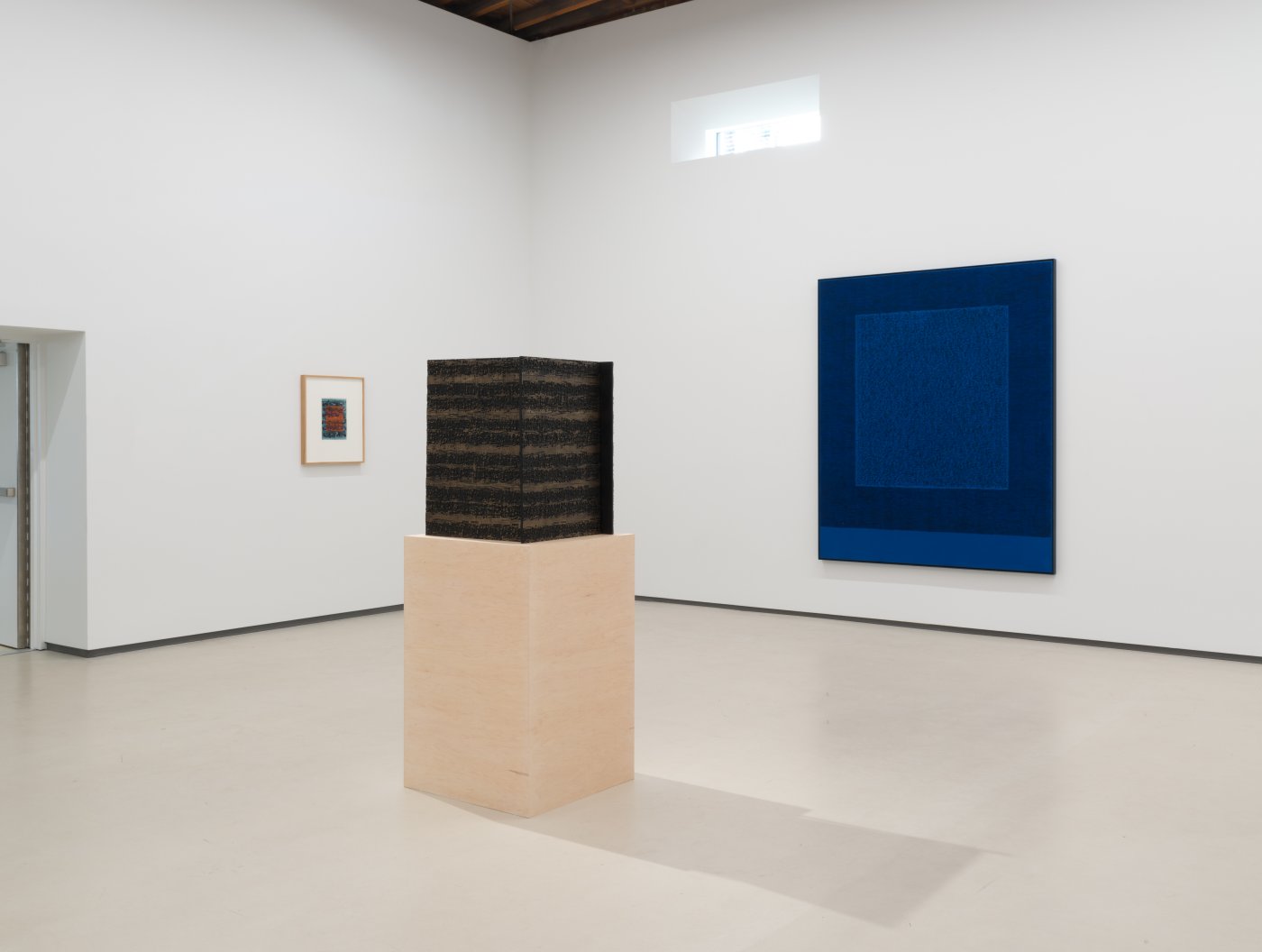 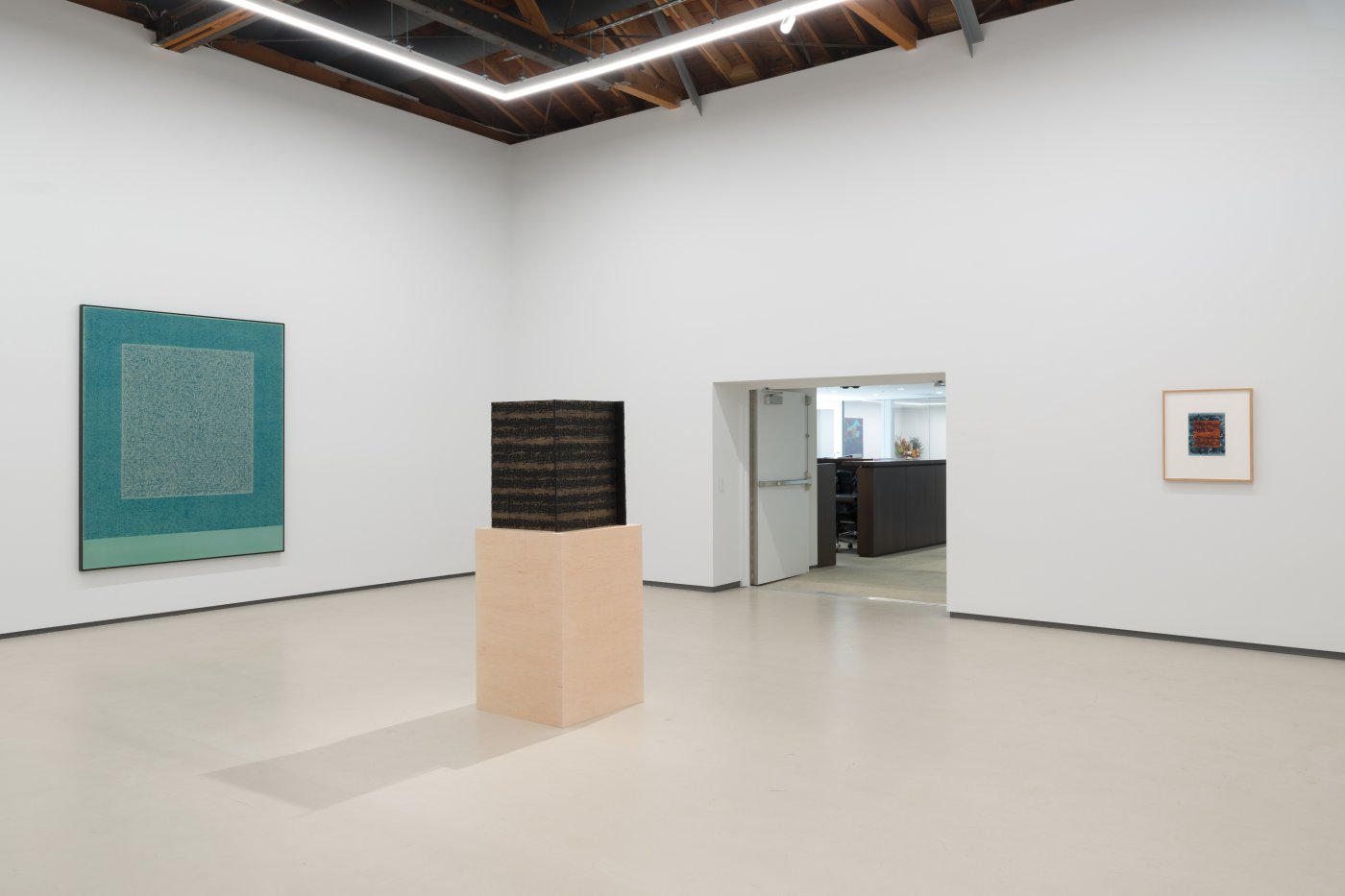 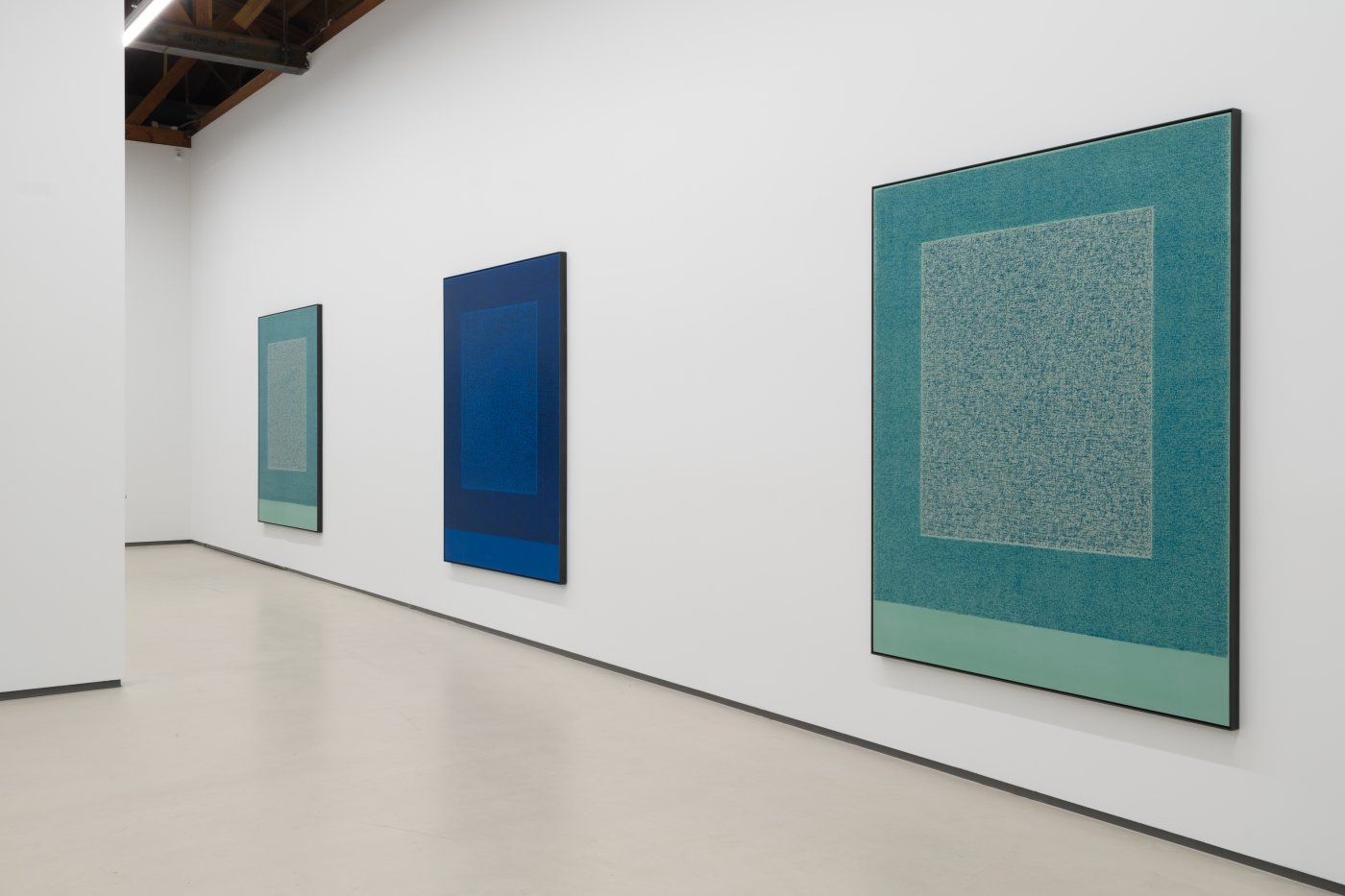 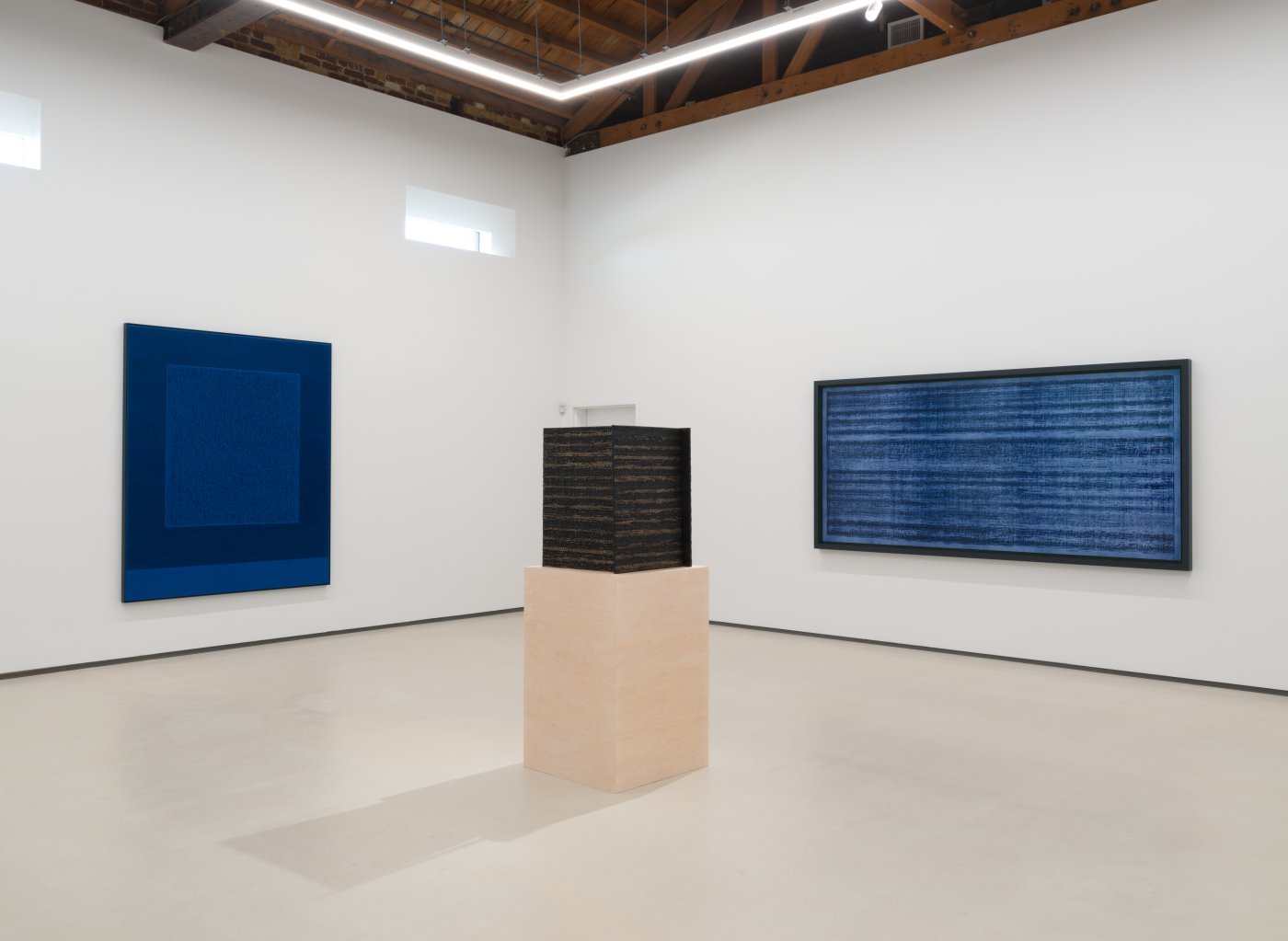 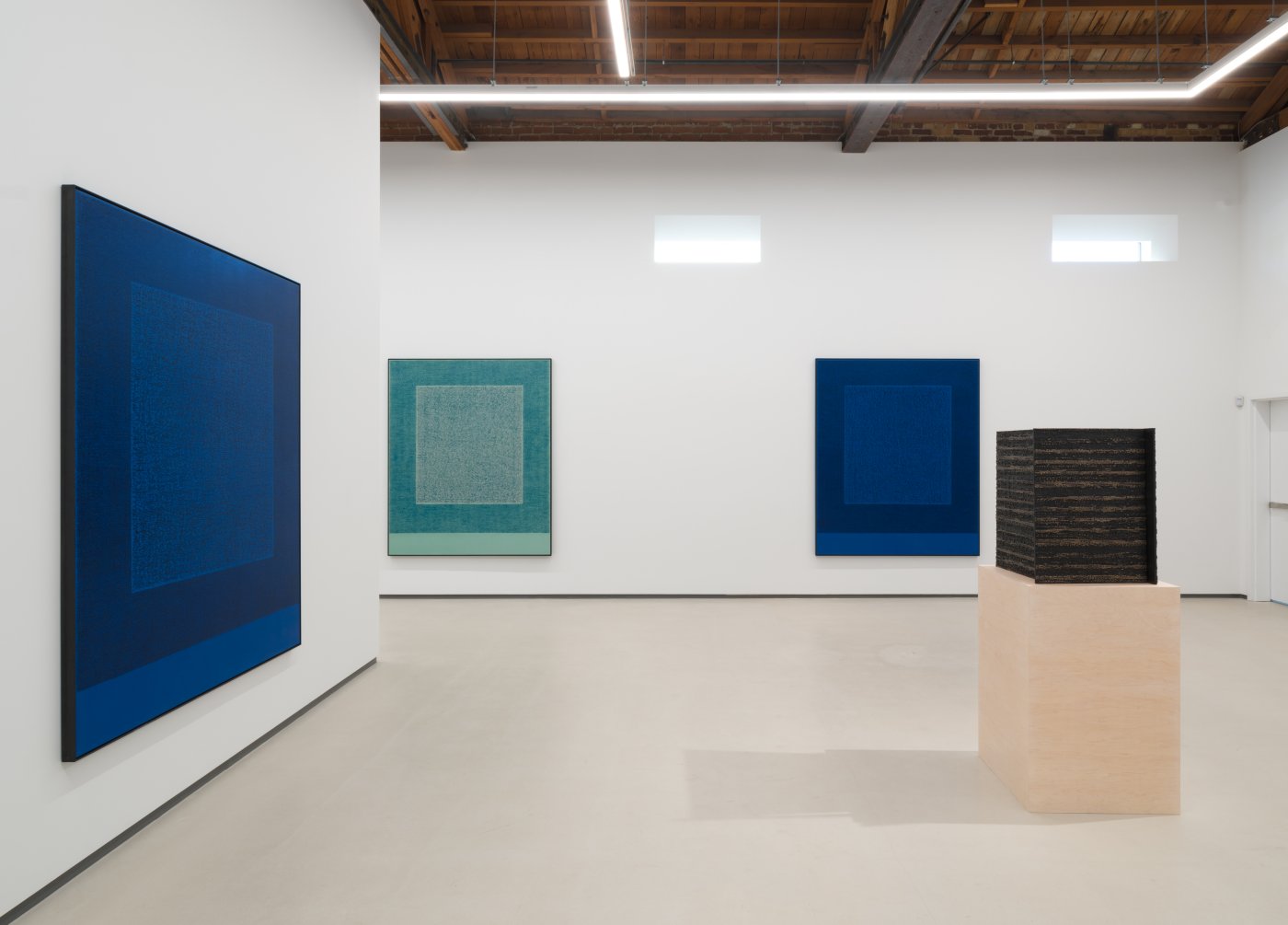 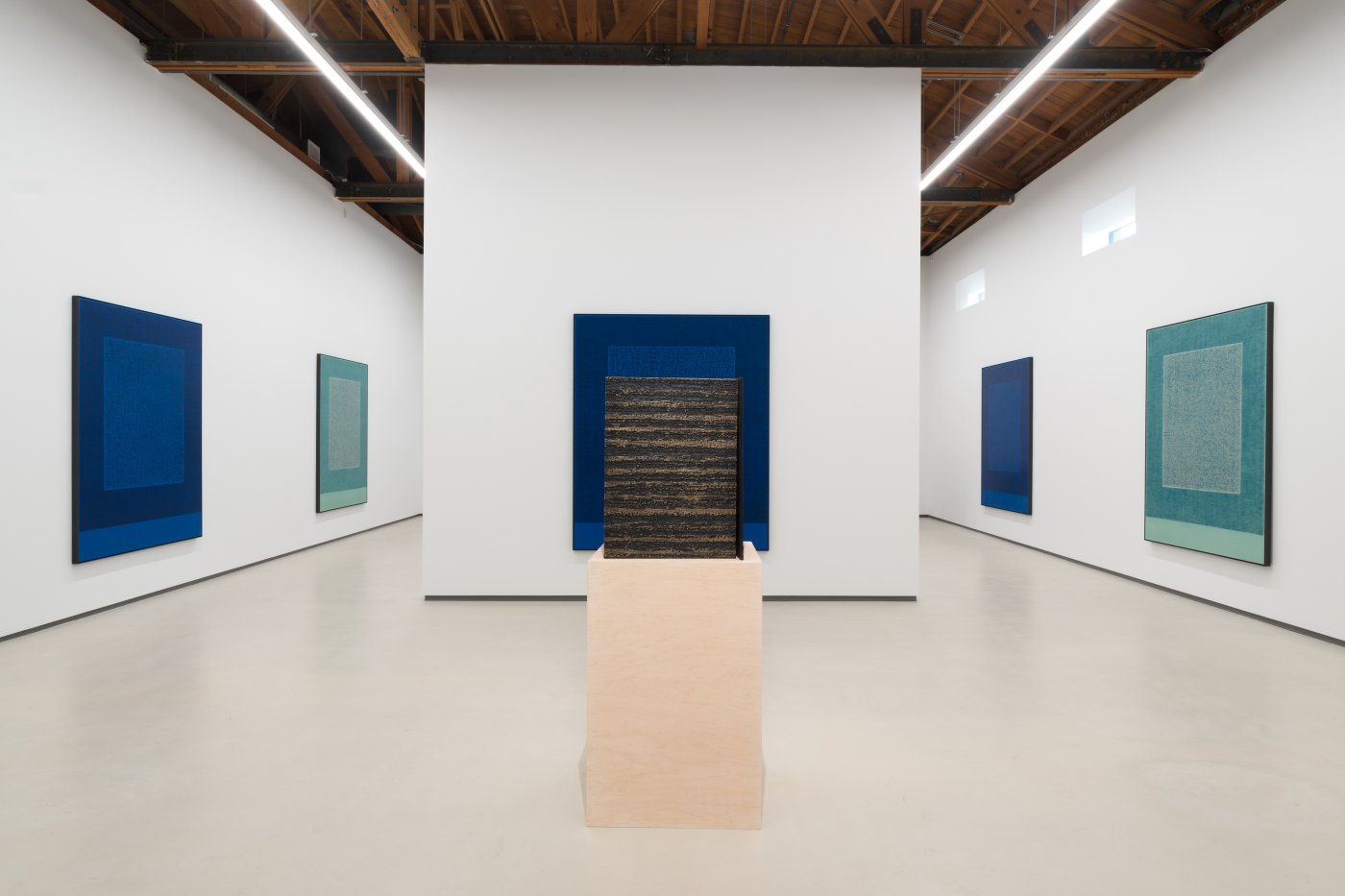 Well-known for his iconic works rendered predominately in black and white, Khan first incorporated the color blue in a body of work created for his 2019 exhibition, Blue Rhythms at Sean Kelly, New York. In his new paintings, composed of gesso on aluminum, Khan expands his exploration of this tone, incorporating a rich copper blue, with which the artist intends to evoke contemplative, spiritual, and emotional resonances in the viewer. These works mark a further departure, as they incorporate both music and text onto a single plane for the first time in Khan’s oeuvre. Producing a window of music, the artist layers a square field of musical notations and scores upon a rectangular ground of text derived from philosophical writings. This frame within a frame, structure is a device Khan hopes will allow for a deeper visual experience. He states, “I want people to come into this very meditative space and stand into these quite large paintings and fall into the frame, that center square that almost feels like it’s hovering.”

For Khan the combination of music and text is his way of representing the rhythm of the world reverberating through daily life. Presenting both languages simultaneously, his new work represents the rhythm of the world, with music being the universal language. Compositionally, these paintings present a formal departure from Khan’s earlier Rhythm Paintings, which featured a line bisecting the canvas to create two separate blocks of text. In these new works, Khan leaves an exposed band of pure color across the bottom of the painting, untouched by music or text, hovering as if part of a pictorial and cultural landscape.

Over the past year, Khan has expanded his interest in, and experimentation with color, especially through his works in watercolor. Focused on nature and the changing seasons, his first forays in this direction were inspired by Vivaldi’s The Four Seasons. His new watercolors take inspiration from Samuel Barber’s Adagio for Strings, a historically evocative piece of music that is cathartic in its composition. This inspired Khan to create a series of twenty-two works that use bold, uniquely mixed colors to mimic the emotional lyrical tone of the music.

The Four Seasons and Preludes provided further stimulus for Khan’s first sculptures in bronze, two of which are included in the exhibition. Both works are composed of four sheets of bronze, each sheet leaning against the other for support. With the use of 3D printing, Khan has now been able to scrutinize the layering process of his two-dimensional works by inscribing 0.05mm three dimensional layers of the entire score into the surface of his sculptures, translating the artist’s painterly touch and his process of holding moments frozen in time.