Axel Vervoordt Gallery Hong Kong presents the exhibition, Cafés, by Ida Barbarigo. The exhibition marks the first presentation in Hong Kong since the artist’s passing in 2018 at ninety-seven years old. 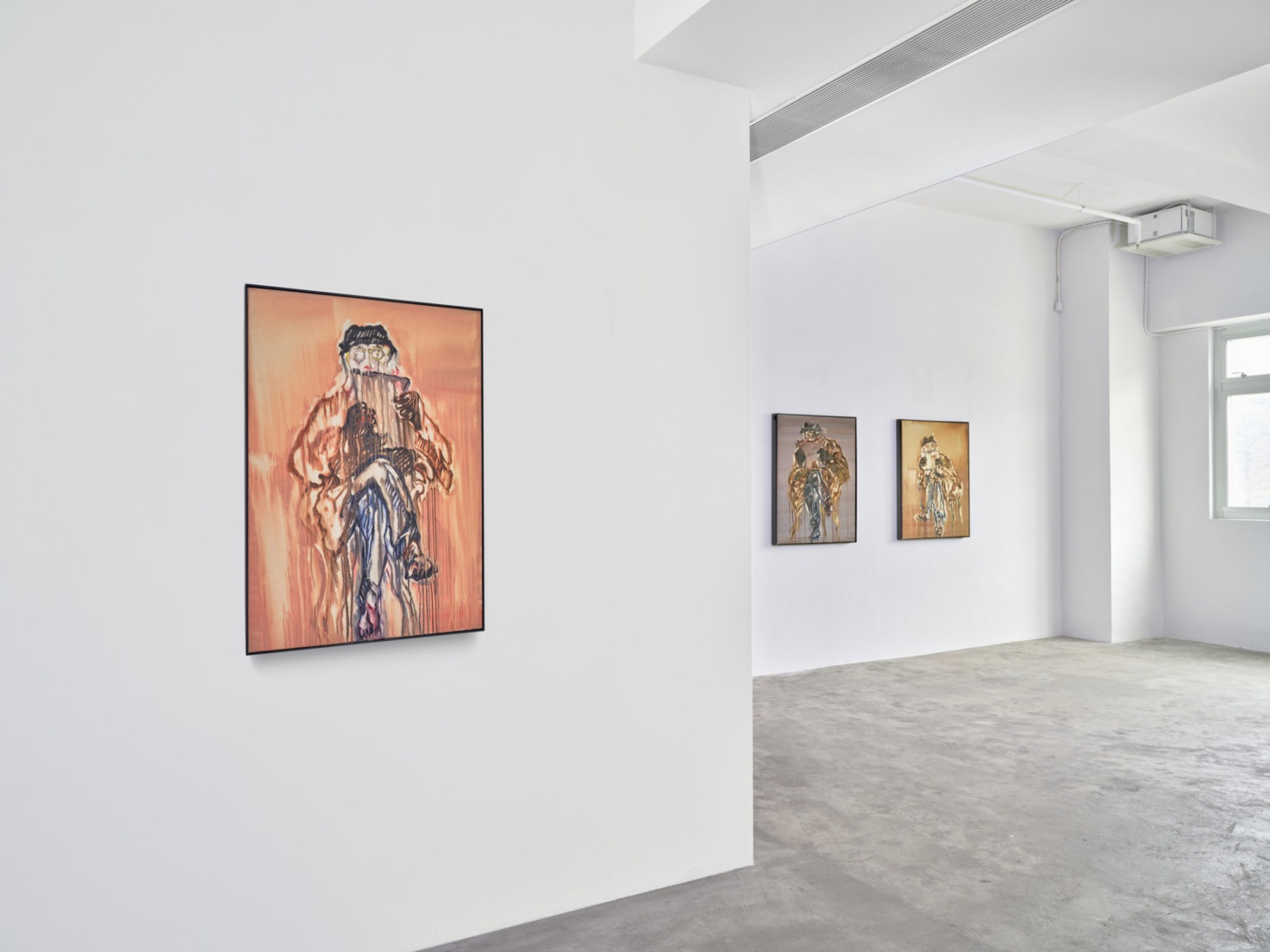 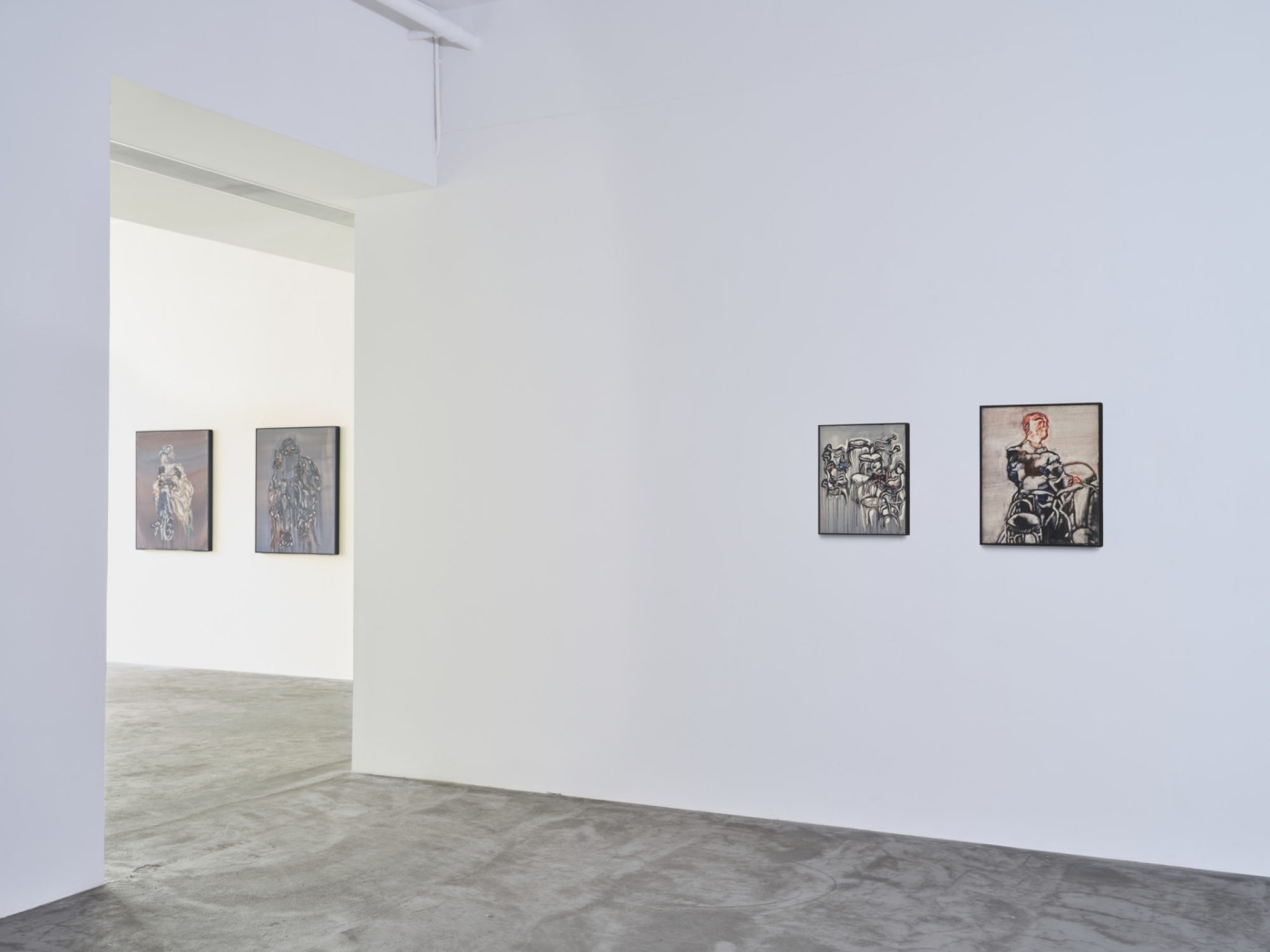 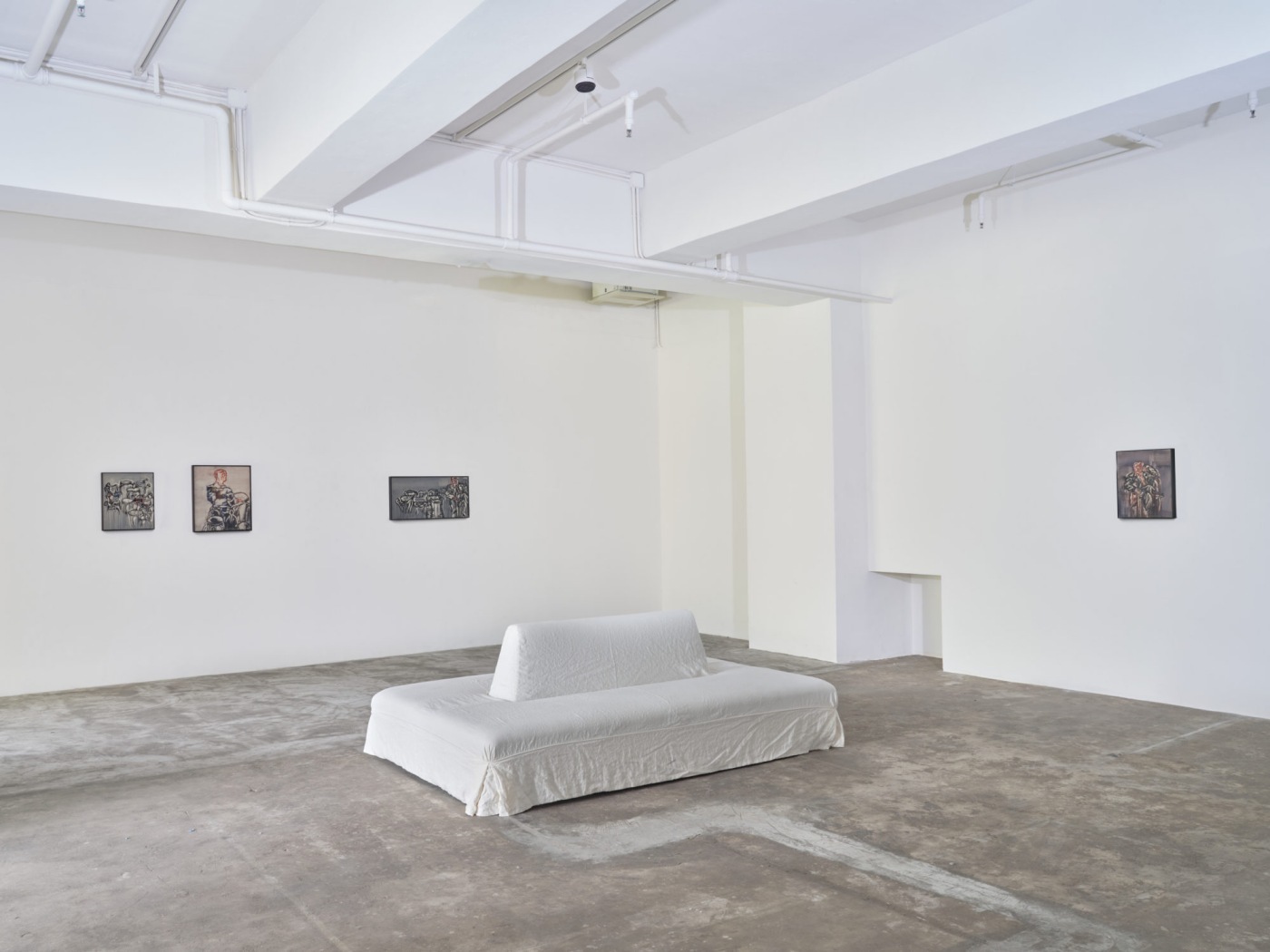 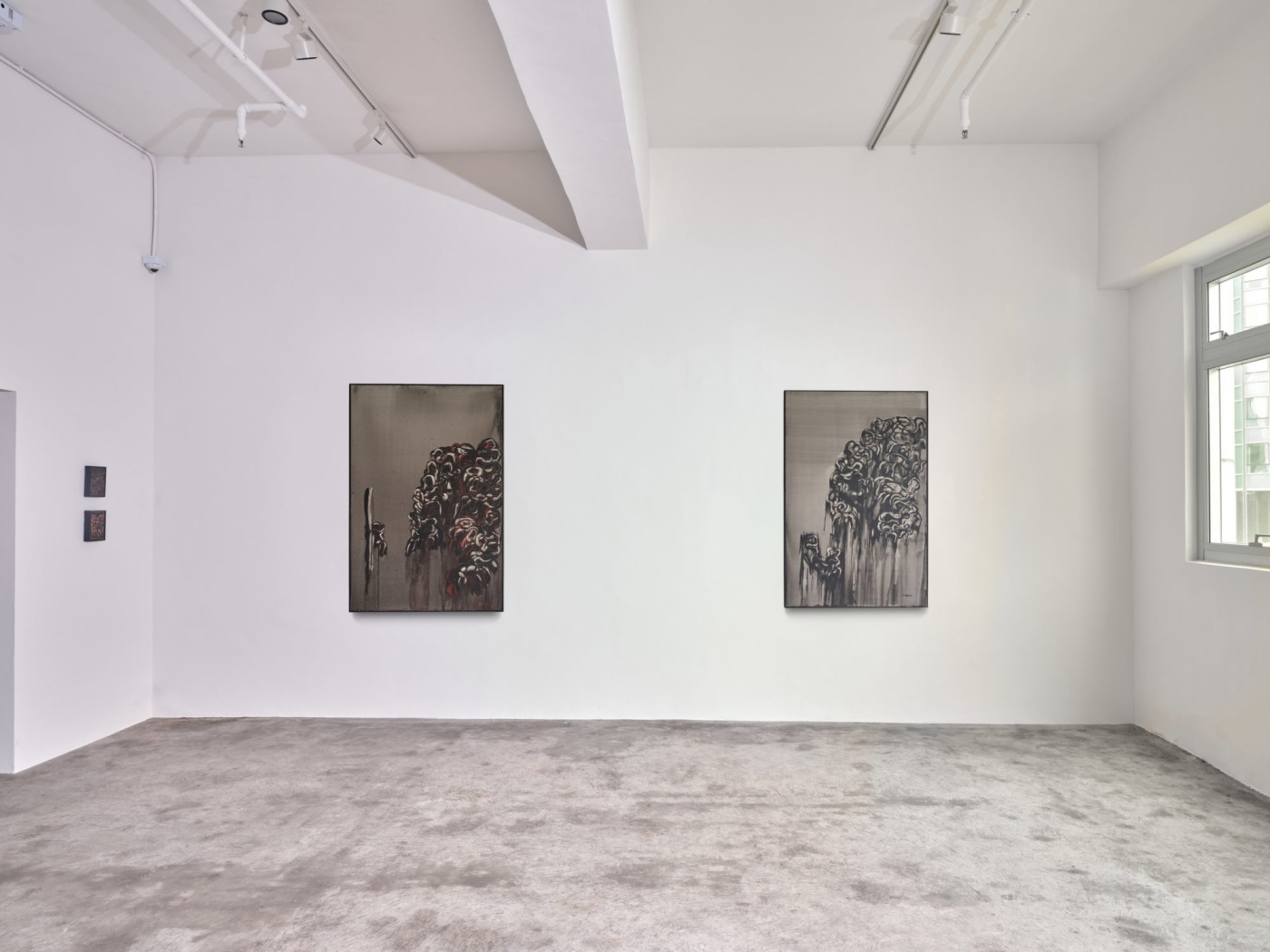 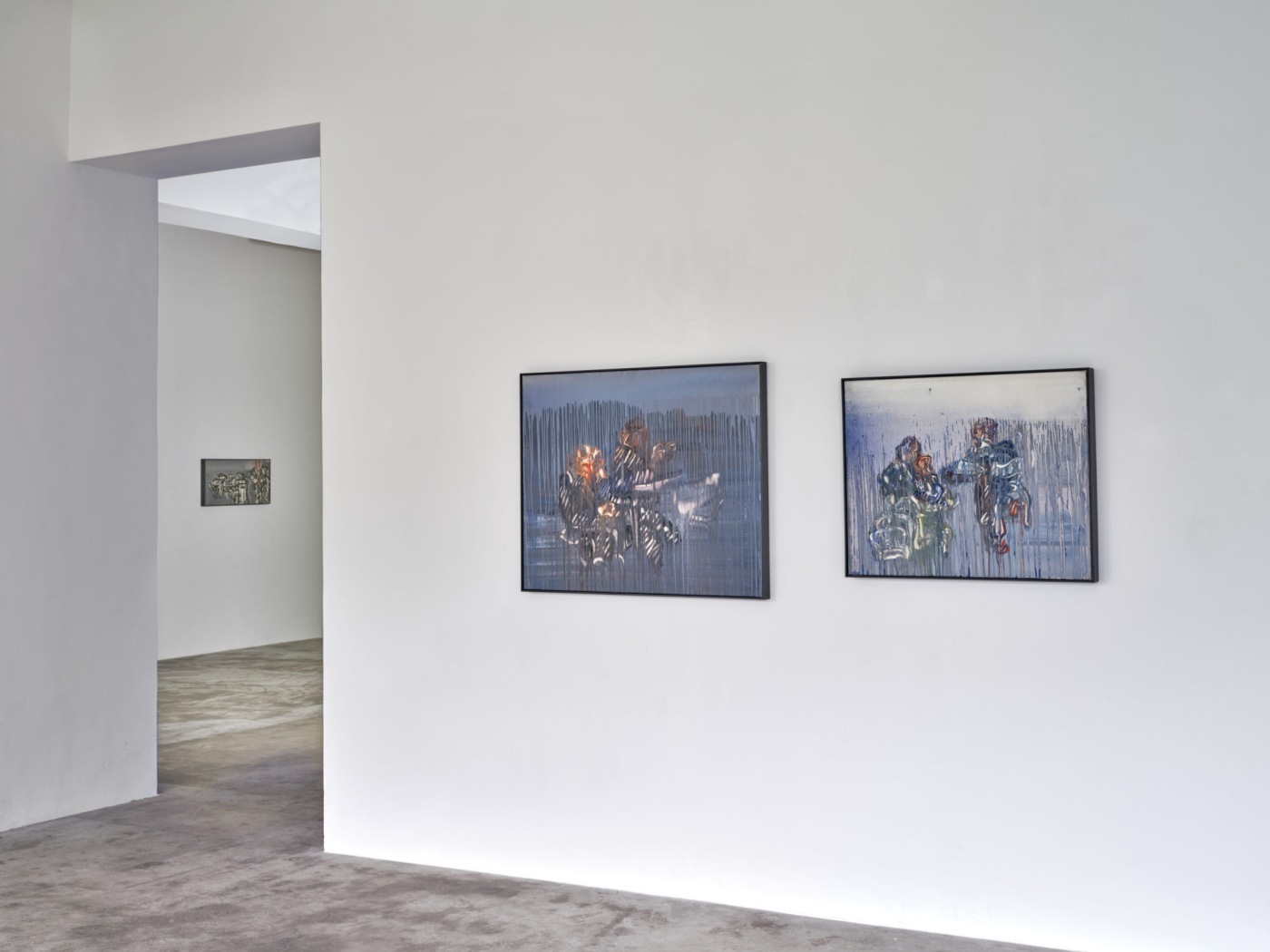 The exhibition, made in collaboration with the Archivio Barbarigo-Cadorin-Music and with the artist’s Estate, includes twenty-two works from the late 1960s and 1970s that were kept in the artist’s Venetian home for nearly fifty years, have been recently restored, and are revealed to the public for the first time.

Ida Barbarigo’s fascinating oeuvre, which spanned from the mid-1950s until the end of her life, comprises several enigmatic series. The subject of chairs is a prominent feature. Omnipresent in her oeuvre, it remained her leitmotif and became a personal script, a form of handwriting. As in all her series, she worked obsessively for months, sometimes several years. Barbarigo’s reproductions of chairs capture the energy of the unseen. In seemingly conscious and unconscious ways, the chairs serve as a primary motive to access deep emotions, only to transform, and evolve into something else entirely. She sensed the atmosphere and vibrancy of life on city squares and aimed to express this materially. Her expressive work gives body to the energy surrounding the chairs at the cafés on the public squares in Venice or Paris, where she loved to sit for hours observing people. The chairs express aspects of melancholy, mystery, or even darker themes when they resemble human skeletons or demons. Life — in all its intriguing forms and figurations — is accessed via the artistry of her paintbrush.

In 1964, at Venice’s Galleria II Traghetto, Barbarigo made her initial attempts to insert personal profiles within the chairs’ tight rhythms. She added details, such as the folds of textiles, but also fragments of organs, voided inside. The critic Berto Morucchio presented her work on this occasion, and he arrived with his friend Lucio Fontana who encouraged Barbarigo to continue painting in the same direction. This encounter proved vital and left an important trace throughout her career.

Throughout her life experiences, a sudden revelation was the necessary catalyst that gave birth to new series of work. During a stay in Paris in 1969, she visited an exhibition of Piet Mondrian, which left her flabbergasted. Walking around later, she came across a figure seated on a bench in the Tuileries Garden. The man sat in a particular posture reading a newspaper with his legs crossed, wearing a heavy coat, gloves, glasses, and a hat. Barbarigo was struck by the visual strength and described it as fate: “I drew him all the time, that’s how the Clairvoyants series was born”.

When obsessions took over, she explored her feelings through repetitive drawing and then painting. In this case, she painted the man seated on a chair with drippings of paint running down his face as if seen from a distance through a window while raindrops erase the image. Via these casual encounters and the resulting portraits, she discovered the appearance of mental figures, sometimes predictive of the future.

Once, while strolling on the Boulevard Saint-Germain, she noticed a group of figures amid a series of silver chairs sorted in small groups. The flowing colours used in the paintings give the illusion of a type of disintegration of the characters spread over the chairs on the ground. Symbolically, she titled the works as, Cain, Cain, and painted them again and again obsessively.

These striking encounters took root within the artist’s imagination, evoking her anxieties, internal tensions, and fears. The dialogue between the artist and her work is that of identification, a sharing of the most essential part of herself. Gustave Flaubert has said once: “Madame Bovary, c’est moi.”

Importantly, Barbarigo’s pursuit of themes arose from the complexity and endless possibilities of human nature. Little by little, her paintings disclosed her personal life in a proliferation of forms animated by multiple colours. From the repetition of themes, just as a musician uses notes, rises a permanent questioning of feelings and sensations whose successive variations constitute an inexhaustible repertoire of ideas.

In each series, Barbarigo used the most knowledgeable techniques she possessed, which may be traced back to her childhood. She overpainted the painted surfaces with a hard brush littered with turpentine to lighten the material. Her canvasses got richer in substances and pigments, without ever being overcharged. The often-violent brushstrokes, placed in all directions reveal random breaks, cuts, streaks of pure colours, bright reds, emeralds, which also sometimes enamel the surface like droplets in relief, a type of ordered chaos, almost like life itself.