Lisson Gallery presents an exhibition of new works by Texas-born, New York-based artist Hugh Hayden. This marks the artist’s first exhibition with the gallery and features sculpture created from wood indigenous to the United States and Mexico border. 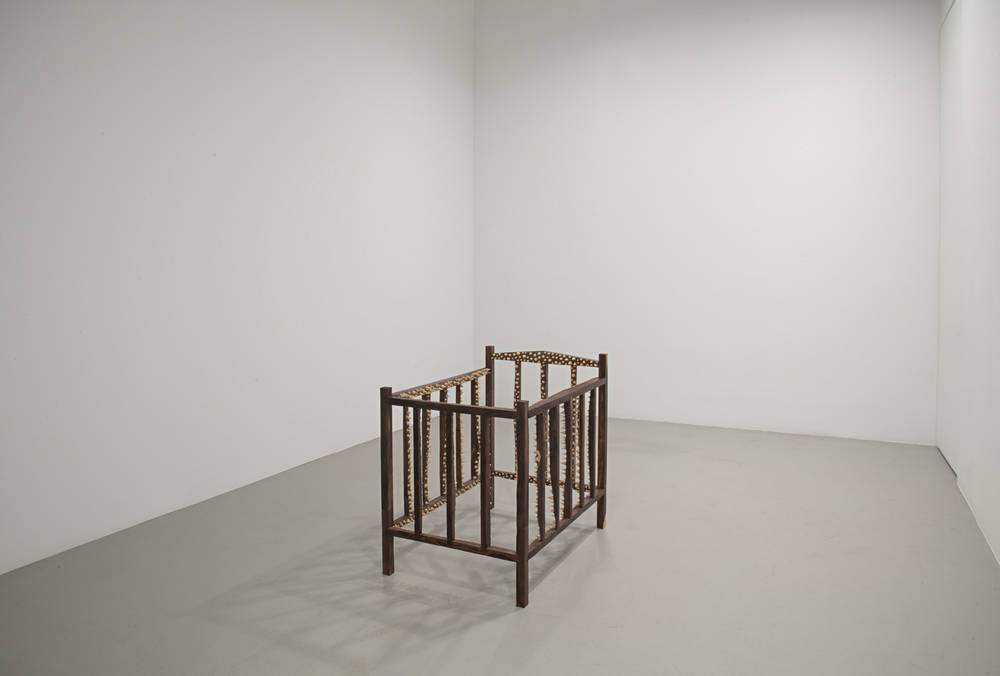 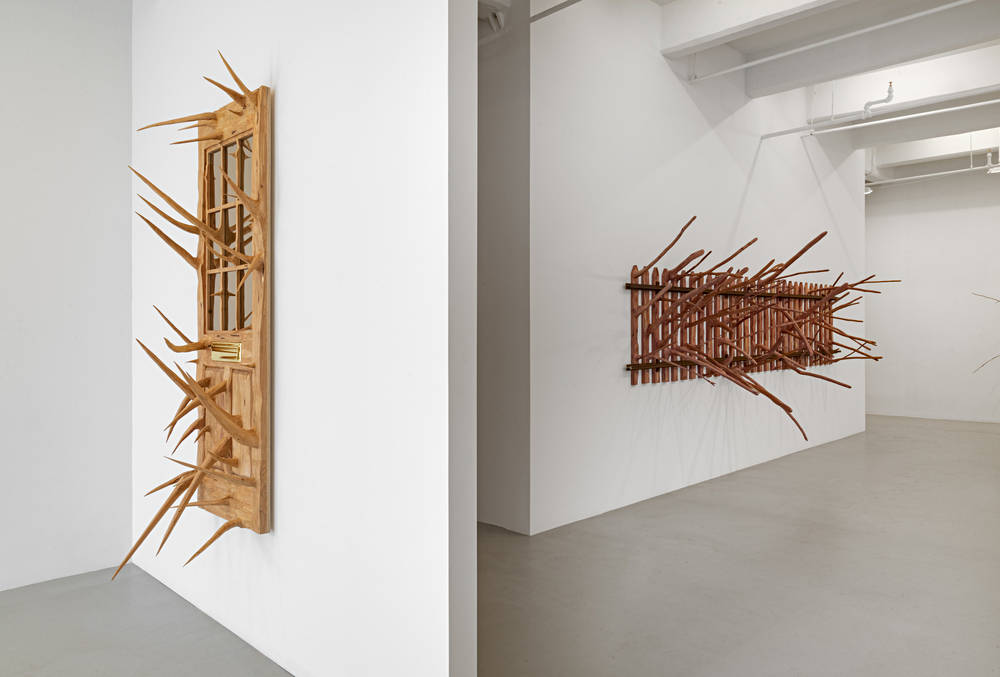 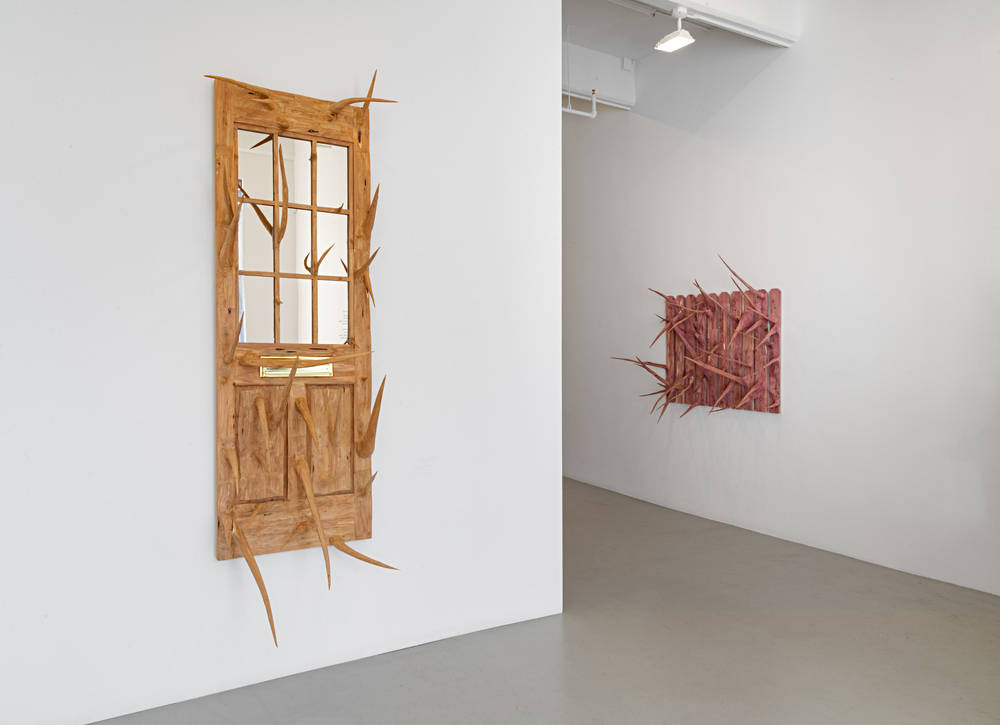 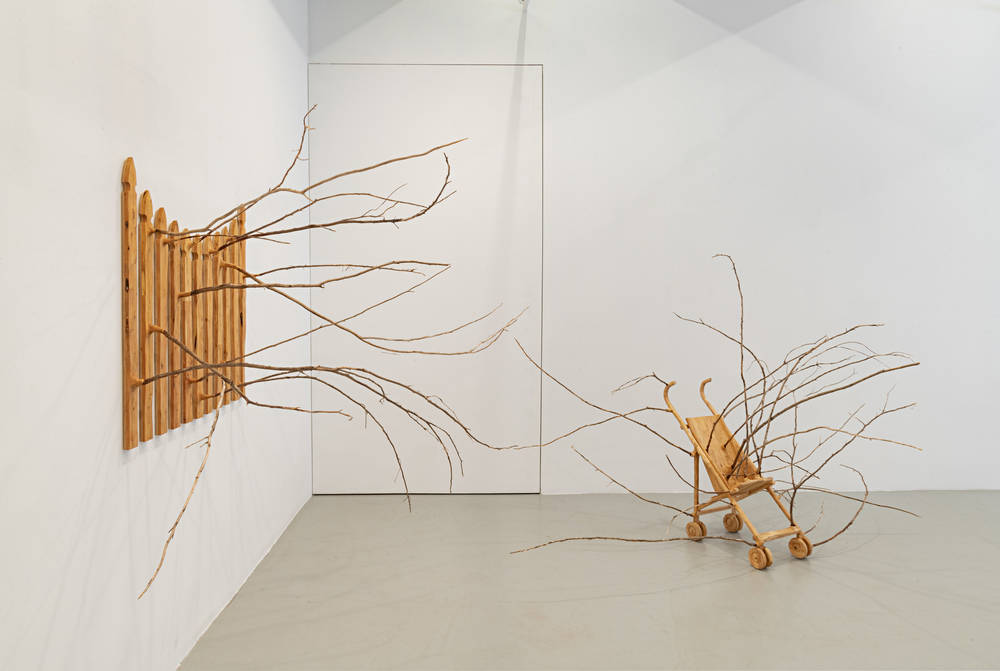 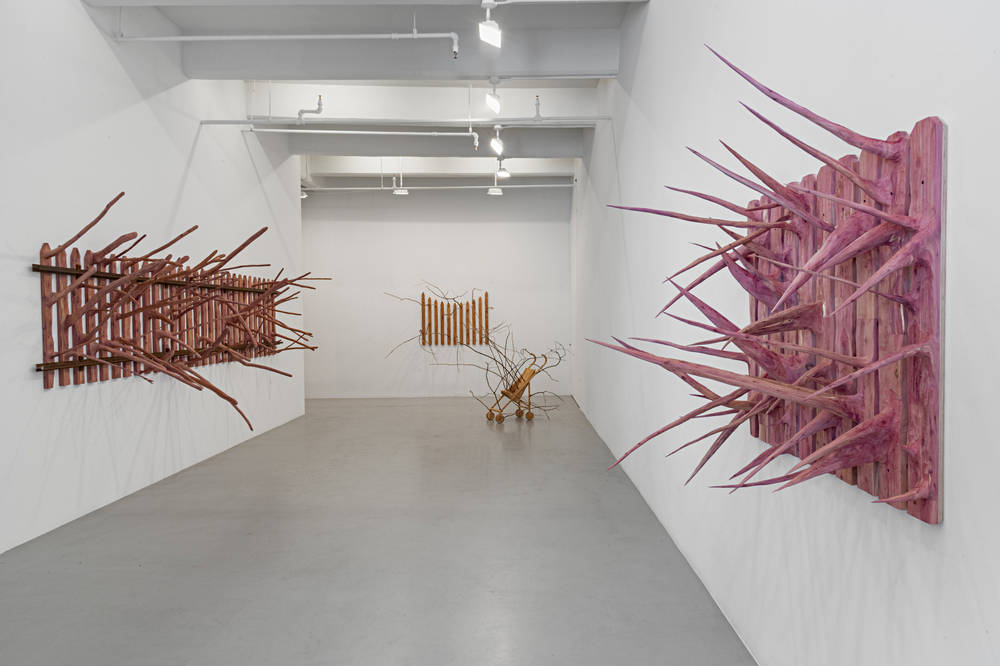 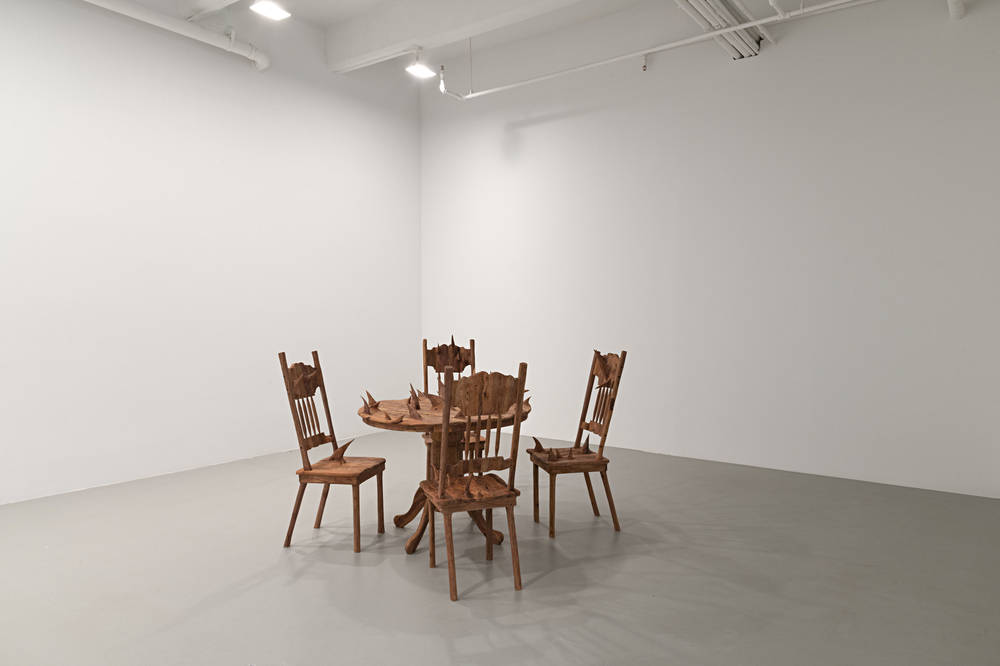 In the exhibition at Lisson Gallery, Hayden explores notions of citizenship, manifest destiny and the contested boundaries between people and nations. He has harvested native species of wood from across the boundaries of his home state of Texas, hand-selecting over 100 trees including Eastern Red Cedar (Juniperus virginiana), a wood with a pinkish interior prized for its resistance to decay; Ashe or “Blueberry” cedar (Juniperus ashei), found in the area’s Hill Country also used as fence post by early settlers; “Texas Ebony” (Ebenopsis ebano), identified by its dark interior color and found in the region that lies at the Texas and Mexico border; and Mesquite (Prosopis glandulosa var. glandulosa), which is covered in thorns and drought tolerant. Both cedars and mesquite are disparagingly considered “trash trees” throughout Texas for their weed-like ability to spread quickly and the invasive nature with which it consumes water resources from an already arid climate. Hayden worked with local teams including ranchers, landscapers, loggers and students in each location. In harvesting both branches and whole trees, the collected wood is a product of land management for agricultural, cattle and trafficking concerns. At a large residential property in Brownsville, “Texas Ebony” trees were removed to create greater visibility for drug and human trafficking and in Laredo, low growing Mesquite branches were removed to create shade for cattle.

This lumber, gathered in highly politicized areas, has been combined to create forms that typify the idealistic US notions of family values and home ownership – a shared dinner table, the white picket fence, a baby crib and stroller. These personal components embody the greater idea that dreams are attainable by all people and their offspring through hard work and determination and that upward mobility can be visible through a series of material objects.

However, the exhibition arises at a time when America’s characteristic optimism is at a low ebb and when the widely-held ideals of the country as a land of acceptance, opportunity, hope and familial togetherness are similarly in crisis. In the current geopolitical climate, the works begin to take on a new, twisted relevance. The fence which is traditionally a status of having achieved a middle-class suburban life, is now a wall, erected to exclude. The table and crib which once embodied the community and safe routines of an everyday life are now covered in thorns and inaccessible – relics of a decaying American dream.

Hugh Hayden’s practice considers the anthropomorphization of the natural world as a visceral lens for exploring the human condition. Hayden transforms familiar objects through a process of selection, carving and juxtaposition to challenge our perceptions of ourselves, others and the environment. Raised in Texas and trained as an architect, his work arises from a deep connection to nature and its organic materials. Hayden utilizes wood as his primary medium, frequently loaded with multi-layered histories in their origin, including objects as varied as discarded trunks, rare indigenous timbers, Christmas trees or souvenir African sculptures. From these he saws, sculpts and sands the wood, often combining disparate species, creating new composite forms that also reflect their complex cultural backgrounds. Crafting metaphors for human existence and past experience, Hayden’s work questions the stasis of social dynamics and asks the viewer to examine their place within an ever-shifting ecosystem.