Victoria Miro presents an exhibition of recent works and large-scale paintings from the 1970s by Howardena Pindell, the gallery’s first presentation since announcing representation of the US artist, and Pindell’s first solo exhibition in the UK. 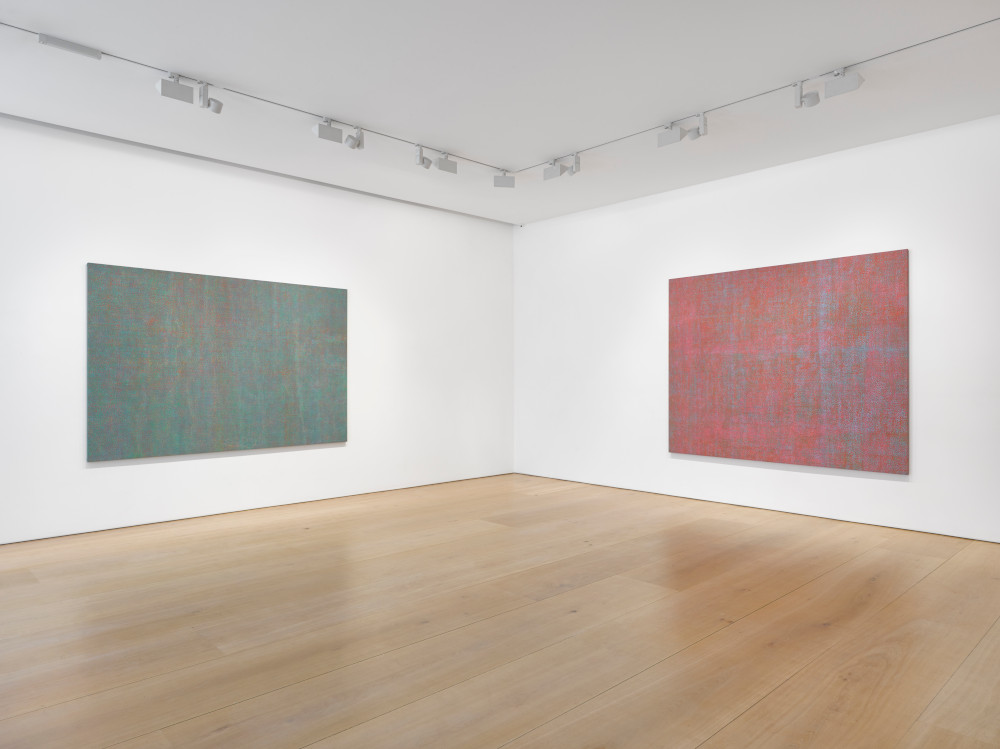 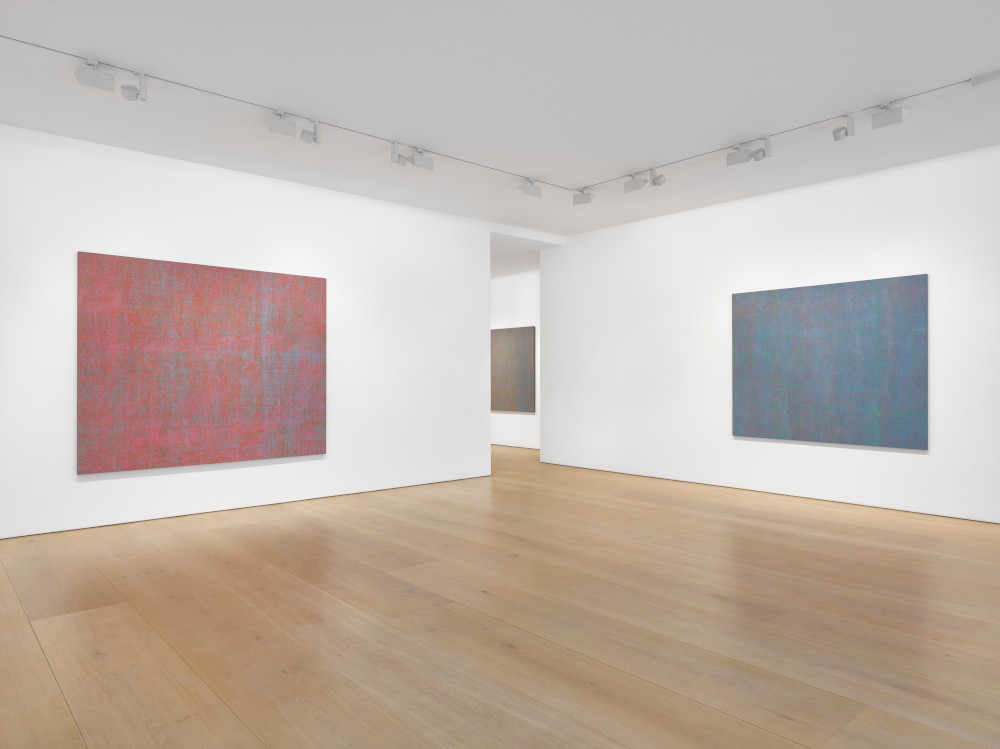 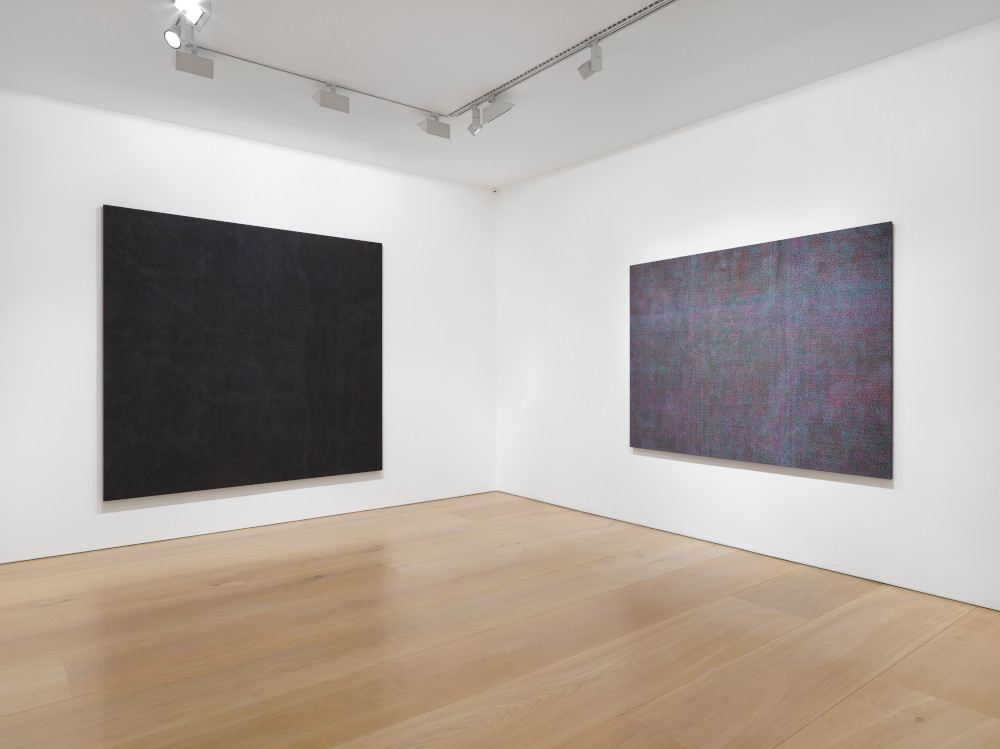 Currently the subject of a major retrospective exhibition, Howardena Pindell: What Remains To Be Seen, at Rose Art Museum, Waltham, Massachusetts (originating at MCA Chicago), and featured in the survey Soul of a Nation: Art in the Age of Black Power 1963–1983, on view at The Broad, Los Angeles, as part of its international tour, Howardena Pindell is recognised as a leading contributor to contemporary dialogues around the social and political urgency of process-driven art.

The works in this exhibition are abstract paintings and collages drawn from two distinct periods in the artist’s career: large-scale spray paintings from the early 1970s; and smaller wall-mounted three-dimensional works completed since 2007. A focus on Pindell’s pursuit of abstraction gives rise to thematic symmetries within and between the works, which, despite having been completed decades apart, reveal the extent of her ongoing formal analysis and material innovation. In addition, the exhibition’s focus underlines a preoccupation with the grid and the circle, which have been mainstays of Pindell’s enquiring, vital art over the past five decades.

The paintings on view were completed during the early 1970s, when Pindell was first living in New York after having completed her studies at Yale. These were incredibly innovative years for the artist. In 1967, her graduation year, Pindell accepted a job at MoMA, in doing so becoming the first black woman to be appointed to the museum’s curatorial staff. In 1972, she was a founding member of the pioneering feminist A.I.R. Gallery, subsequently exhibiting at the gallery in 1973 and 1983.

Created while holding down a full-time job, and often at night, Pindell’s spray paintings of this period were made by the artist using as templates discarded cardstock, manila folders and heavy watercolour paper, from which holes were then punched. Spraying paint directly through these perforations, and repeating the process across her large-scale canvases, Pindell arrived at a series of sublime abstract works that are by turns smoulderingly intense and shimmering with light.

Each investigates themes of control and change that have been of interest to the artist since the beginning of her career. Through the repeated action of paint, her serried ranks of dots, grid-like in essence, become endlessly shifting in their overlays, supporting myriad fluctuations of light, tone and colour. A kind of pointillism freed from the burden of figurative description, these energised, optical fields, which read as predominantly of a single hue from a distance, up close unfold as a series of shifting sensations. Rigorous yet ethereal in appearance, they are endlessly engaging.

Collage has played a key role in Pindell’s art since the 1970s, her engagement with the paper chads that result from the hole punch process emerging organically from the process of creating her spray paintings. These small circles of paper or card were incorporated into her painting process as early as 1973. Later, Pindell began building up the punched out dots on the canvas, sometimes adding other materials, such as a sprinkling of glitter across the surface, too.

Attached to wire armatures, or mounted on board, the circles and ovals she corrals into service in these recent works, some punched out of colourful drawings created by the artist over several years, abut and overlap, with many individual parts standing on their edges, bursting out of the notional picture frame. While the grid format remains present in a number of works, the forms of these layered, detailed works tend towards the amorphous, creating dynamic tension between aggregate and whole.

Separating the two bodies of work on view is a life-changing event. In 1979, Pindell was involved as a passenger in a car accident that left her with short-term memory loss. She has spoken of the impact of this event on her subsequent work as an attempt to ‘mend the rupture’ brought about by concussion. More overtly autobiographical work followed, where abstraction and figuration were stitched together almost as an act of remembering. The works on view, however, speak conversely of continuity. Pindell’s preoccupation with the grid and the circle has been uninterrupted, while these forms have moved seamlessly between canvas and works on paper.

These forms are not without personal significance, however. Just as her endlessly nuanced canvases transcend the presumed rigidity of the grid, Pindell’s focus on the circle runs counter to geometric abstraction’s perceived, or in certain quarters desired, non-objectivity (in particular, its distance from personal narrative). Of her persistent use of the circle, Pindell has often cited a particular event in her childhood when, during a visit to Kentucky with her father, root beer was served to them in mugs marked with a red circles – an indignity reserved for black people under segregation. Pindell’s repeated use of this form can be read partly as an act of remedy and transformation. Yet, she is also quick to counterbalance this memory with other points of influence, including the lottery scratch-card games she knew as a child, and the gift of a microscope, which afforded close-up views of minute structures.

Pindell has suggested that, in her early career, her commitment to abstraction was in part a means of countering aesthetic expectations of black contemporary art. Her visual preference for finely wrought details over sweeping statements, meanwhile, attests to her belief in the value of human subjectivity. One reading of her work might be to see the vibrant dots, whether conjured in paint or collage, as myriad human individuals. Her privileging of the sensory and tactile, meanwhile, confirms that Pindell’s independence of thought is equalled by her generosity of spirit. 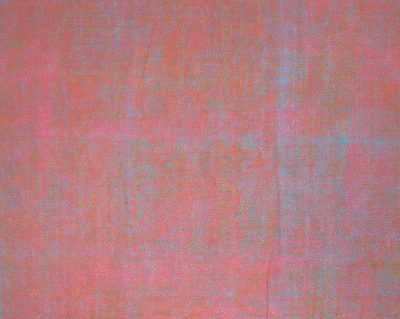