Ordovas commemorates the centenary of the birth of Lucian Freud with a loan exhibition dedicated to the artist’s lifelong love of horses. Bringing together a carefully selected group of paintings, portraits and sketchbooks loaned from both museum and private collections, the exhibition explores the influence of horses on his life and art, and the diverse friendships and acquaintances that were made as a result. 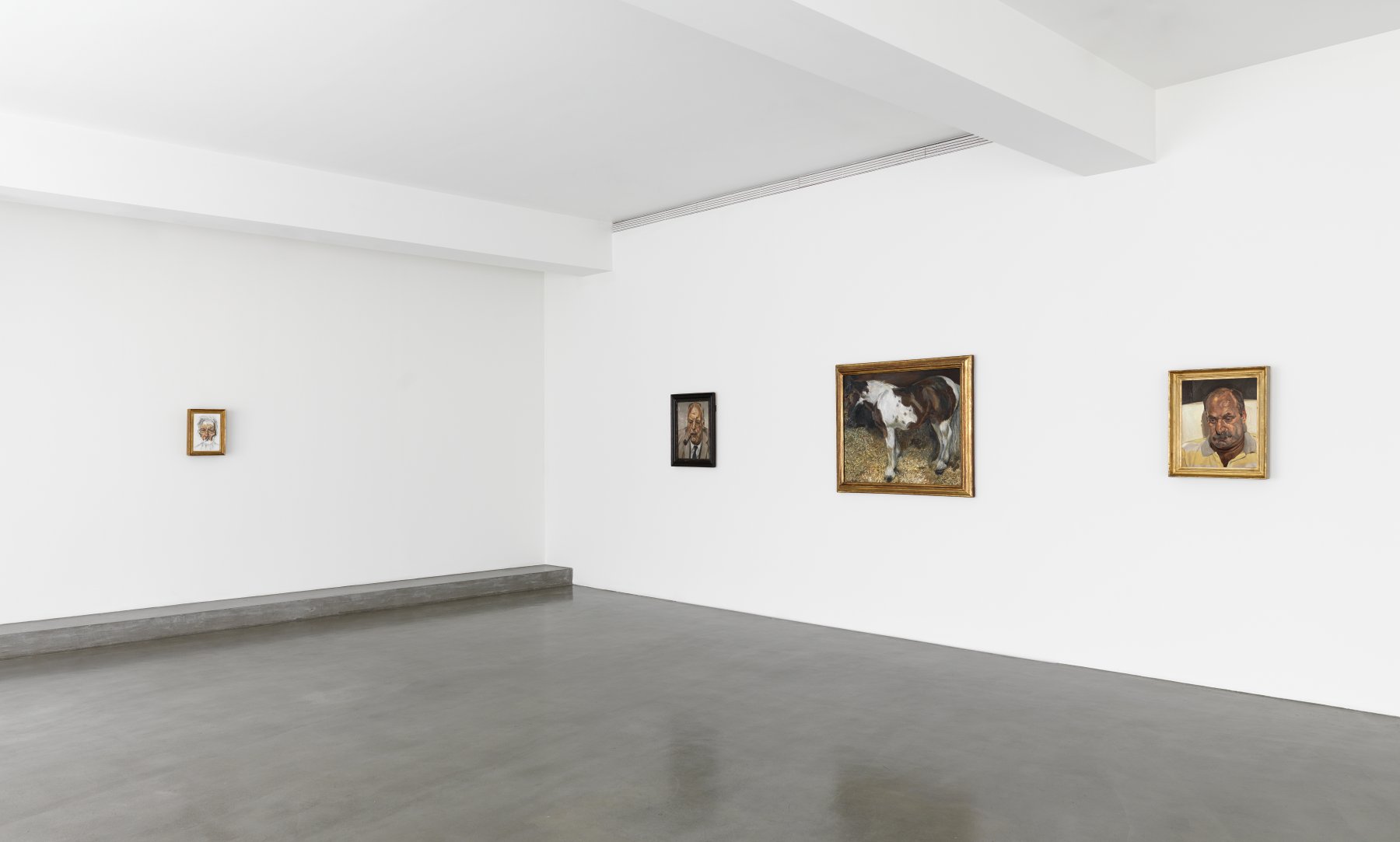 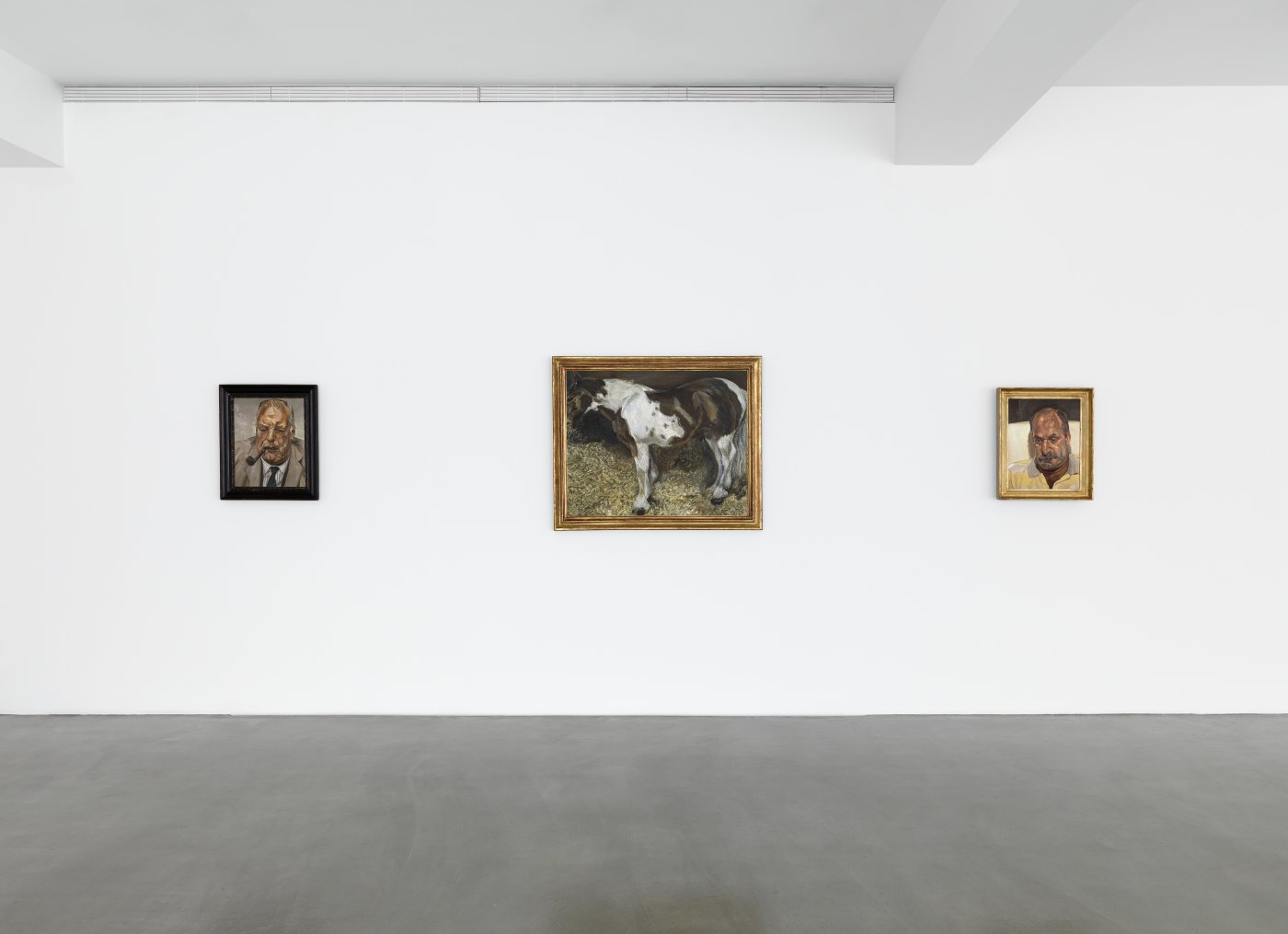 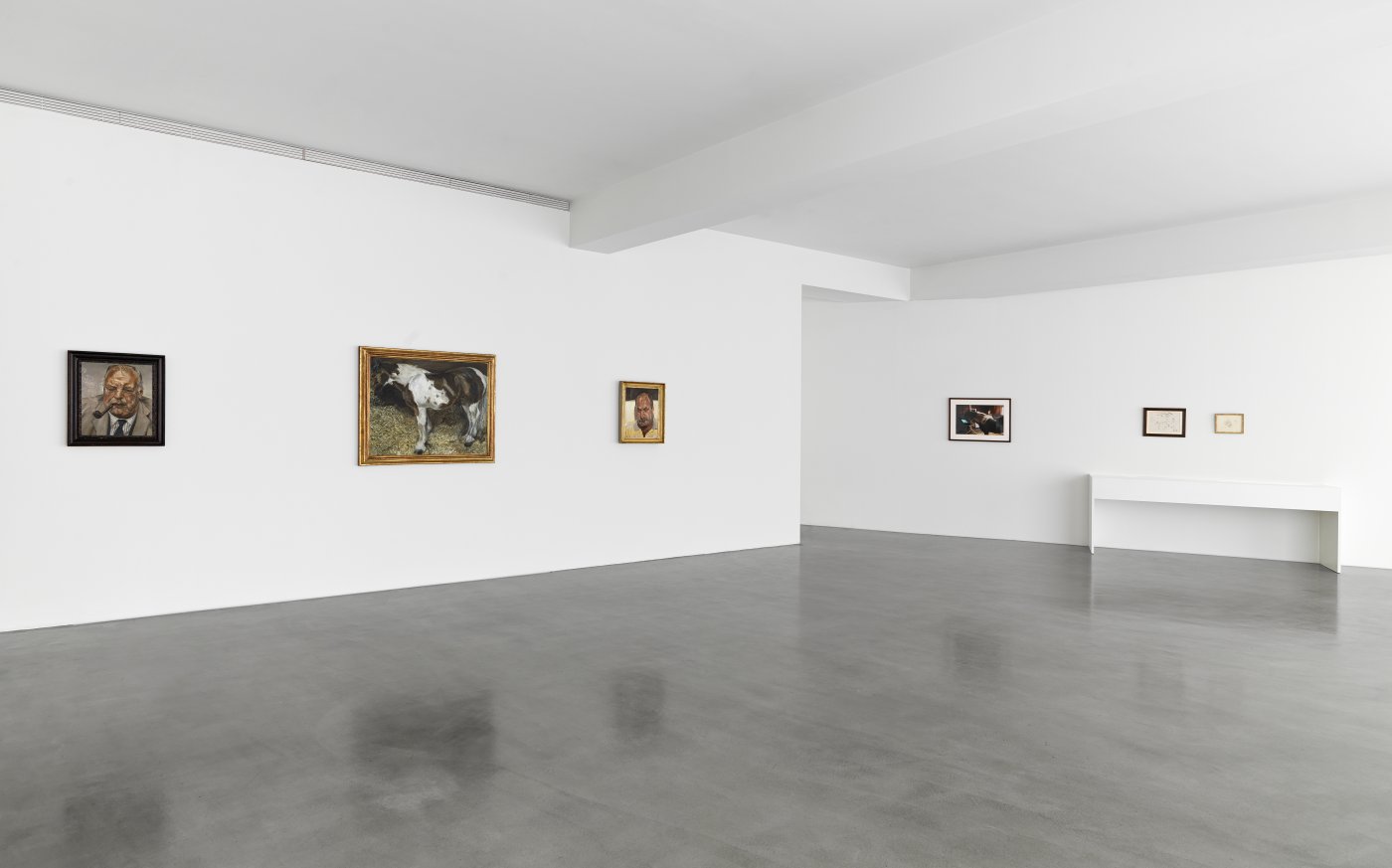 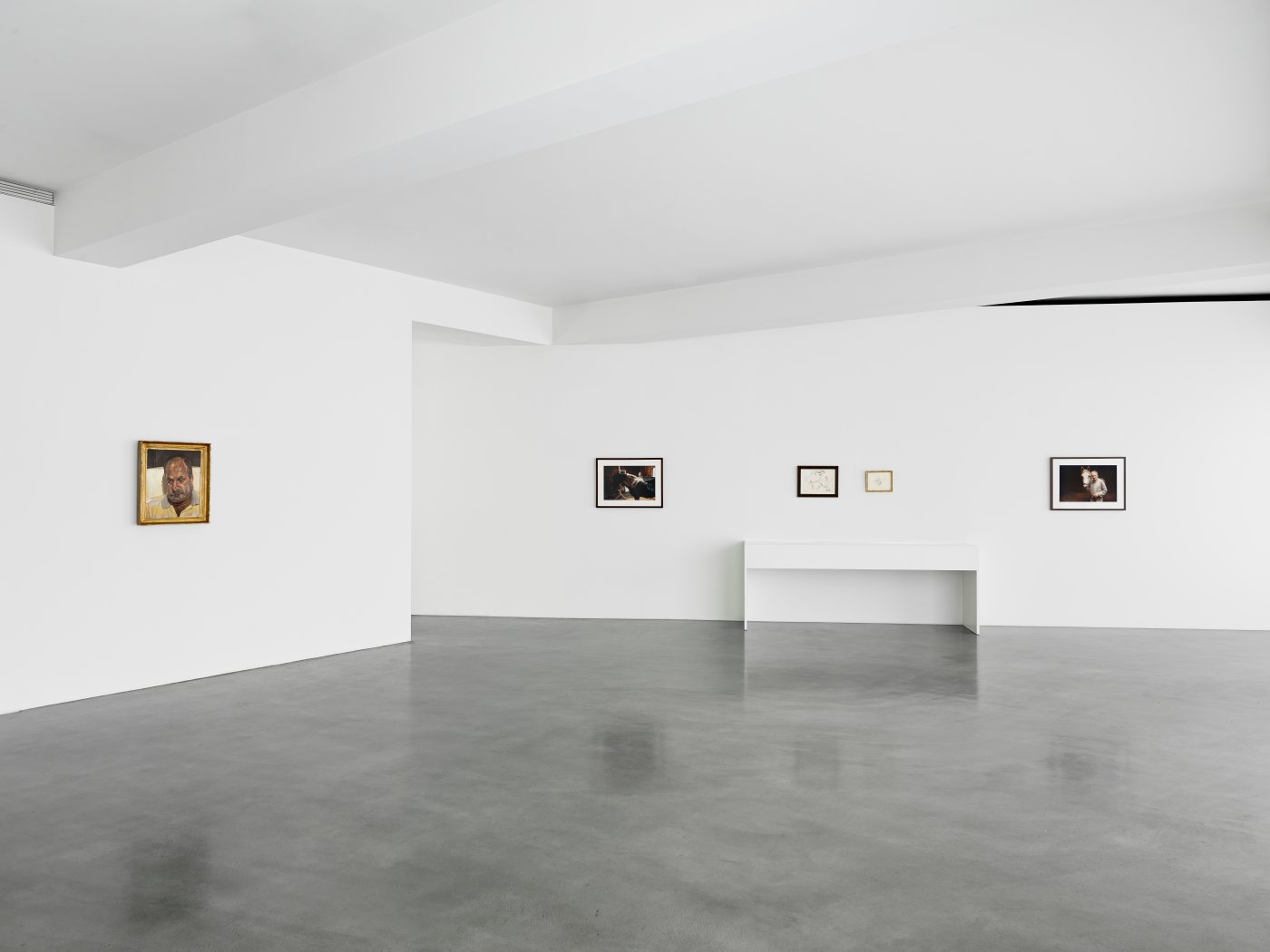 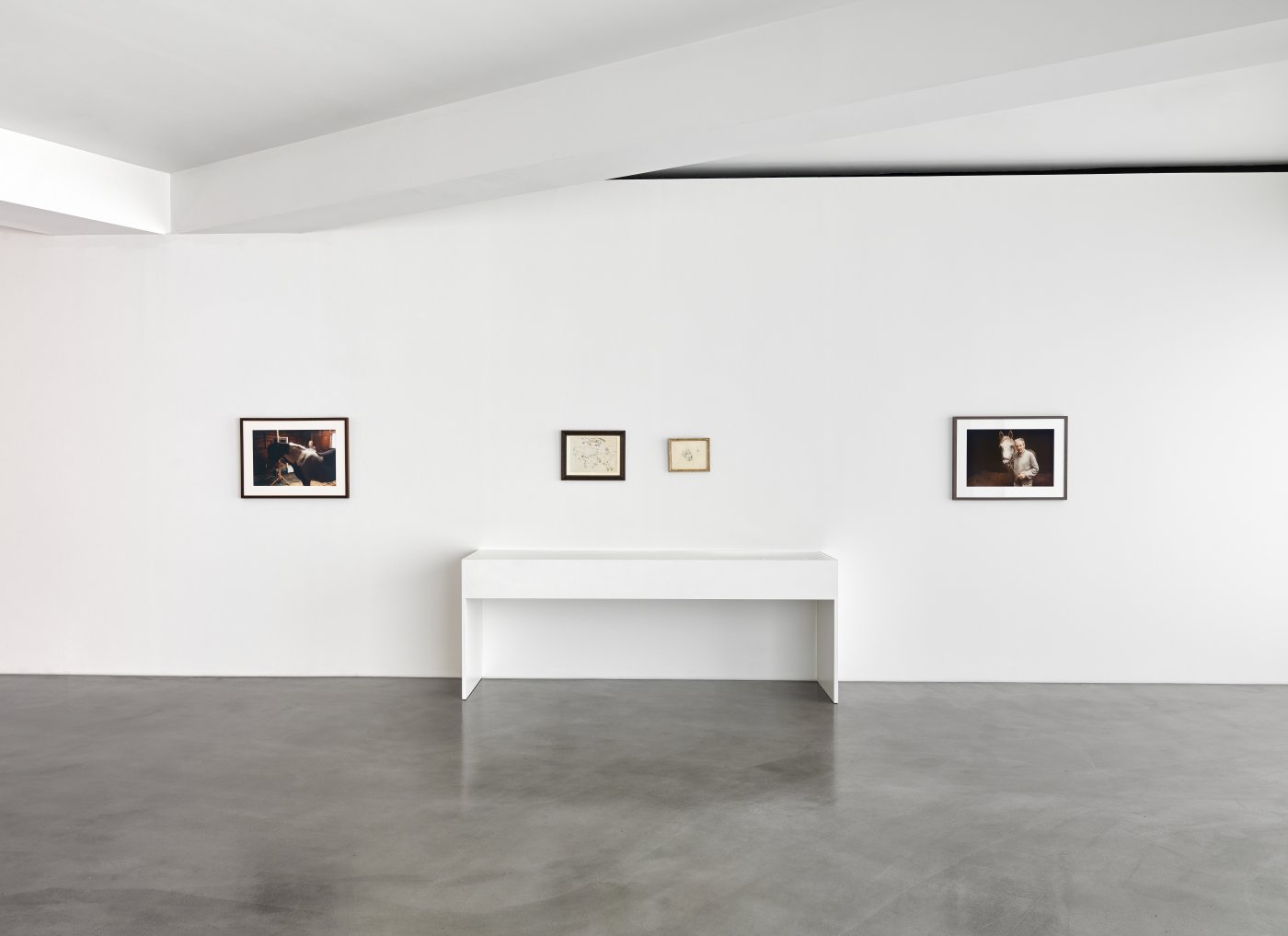 Lucian Freud’s (1922–2011) fascination began in early childhood; as a young boy he would go riding in the countryside outside Berlin where his maternal grandparents kept horses and while at boarding school in Devon, he was sometimes found sleeping in the stables, reputedly enjoying the company of the animals more than attending lessons. Freud sketched and painted equine pictures throughout his lifetime, and his earliest surviving work is a sculpture of a horse that he completed when he was fifteen. Through his love for the animals, and his subsequent love of gambling, he went on to meet a wide and varied group of people, some of whom became both sitters and clients who now number among his most important collectors. This includes Brigadier Andrew Parker Bowles OBE whom Freud first met in 1983 when he arranged for him to access the stables of the Household Cavalry; an exclusive interview with Parker Bowles is included in the illustrated catalogue.

A highlight of the exhibition is Mare Eating Hay, 2006, which has never previously been exhibited in public. On loan from a private collection, it is one of two paintings of Sioux, a mare at the Wormwood Scrubs Pony Centre where Freud set up a temporary studio between 2003 and 2006; the other is Skewbald Mare, 2004, now in the collection of the Duke of Devonshire at Chatsworth. Freud was introduced to Sioux by Sister Mary-Joy Langdon, the founder of the charity, and she became the artist’s favourite horse; in a poignant reflection of his love for the animals, Sioux attended his funeral, standing at the back of the chapel for the service before leading the procession to his grave.

Offering a more intimate insight, the exhibition includes previously unseen sketchbooks and correspondence from the 1940s, ’50s, ’60s and ’70s. These include drawings of horses as well as relics of Freud’s forays into gambling, a pastime which gave him a sense of exhilaration and freedom when he lost everything, as he often would. On loan from the National Portrait Gallery are two sketchbooks and a letter from the National Turf Protection Society which was sent to the artist in 1965 as a final warning before his subsequent ban from betting and racing circles.

Among the portraits, sketches, and studies, the exhibition includes a self-portrait from 2002 executed in oil and charcoal which was shown at the Met Breuer in 2016 and the Royal Academy in 2019–2020. Two rarely-seen portraits on loan from private collections include Man Smoking, 1986-1987, a portrait of Michael Tree, the mutual friend who introduced Freud to Brigadier Andrew Parker Bowles in order that the artist could access the stables of the Household Cavalry, and Man in a Sports Shirt, 1982-1983, a portrait of the bookmaker Irving Tindler who sat for the artist in order to settle one of Freud’s mounting debts; neither have been seen in public since they were exhibited at the Hayward Gallery in 1988.