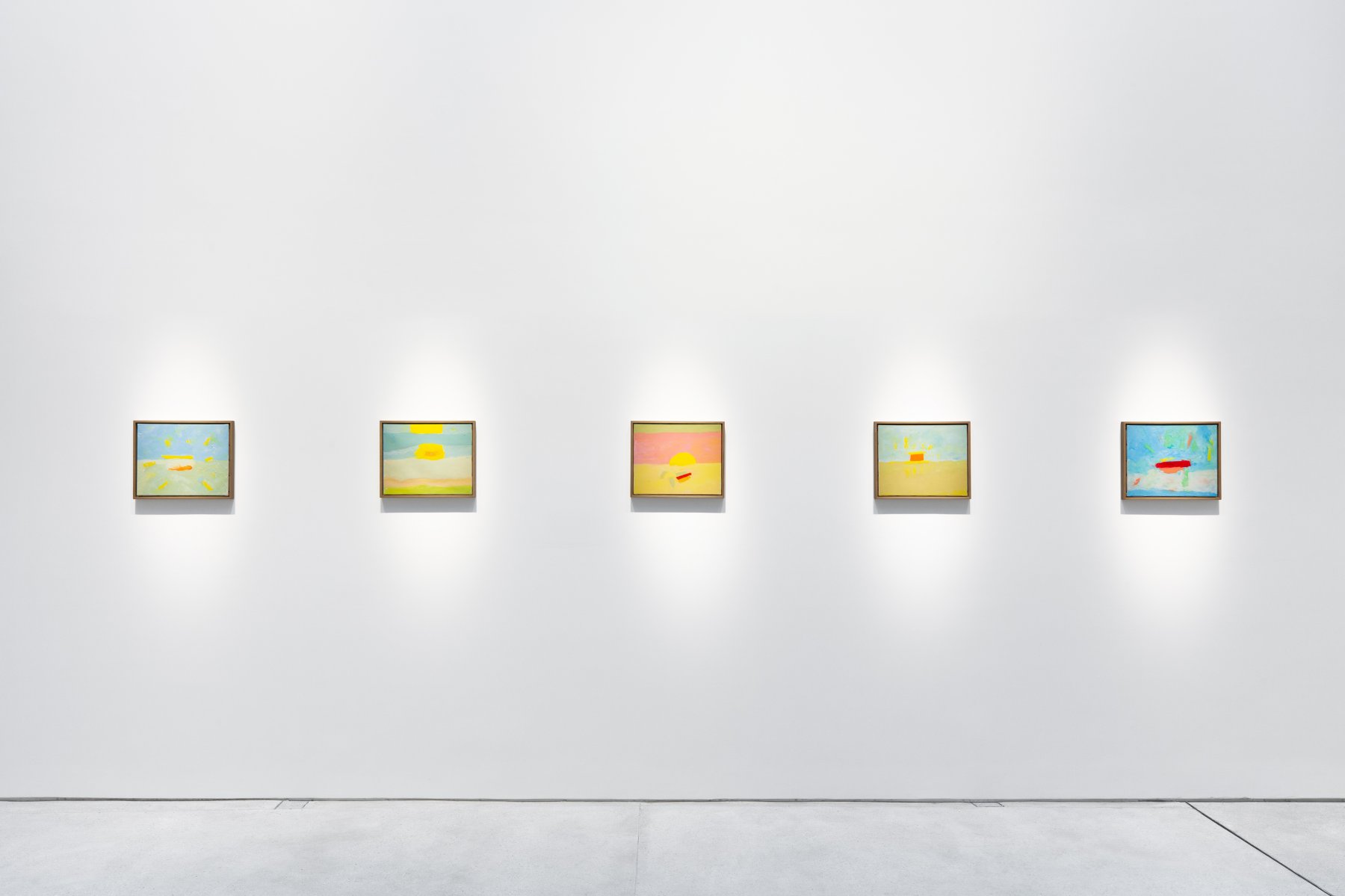 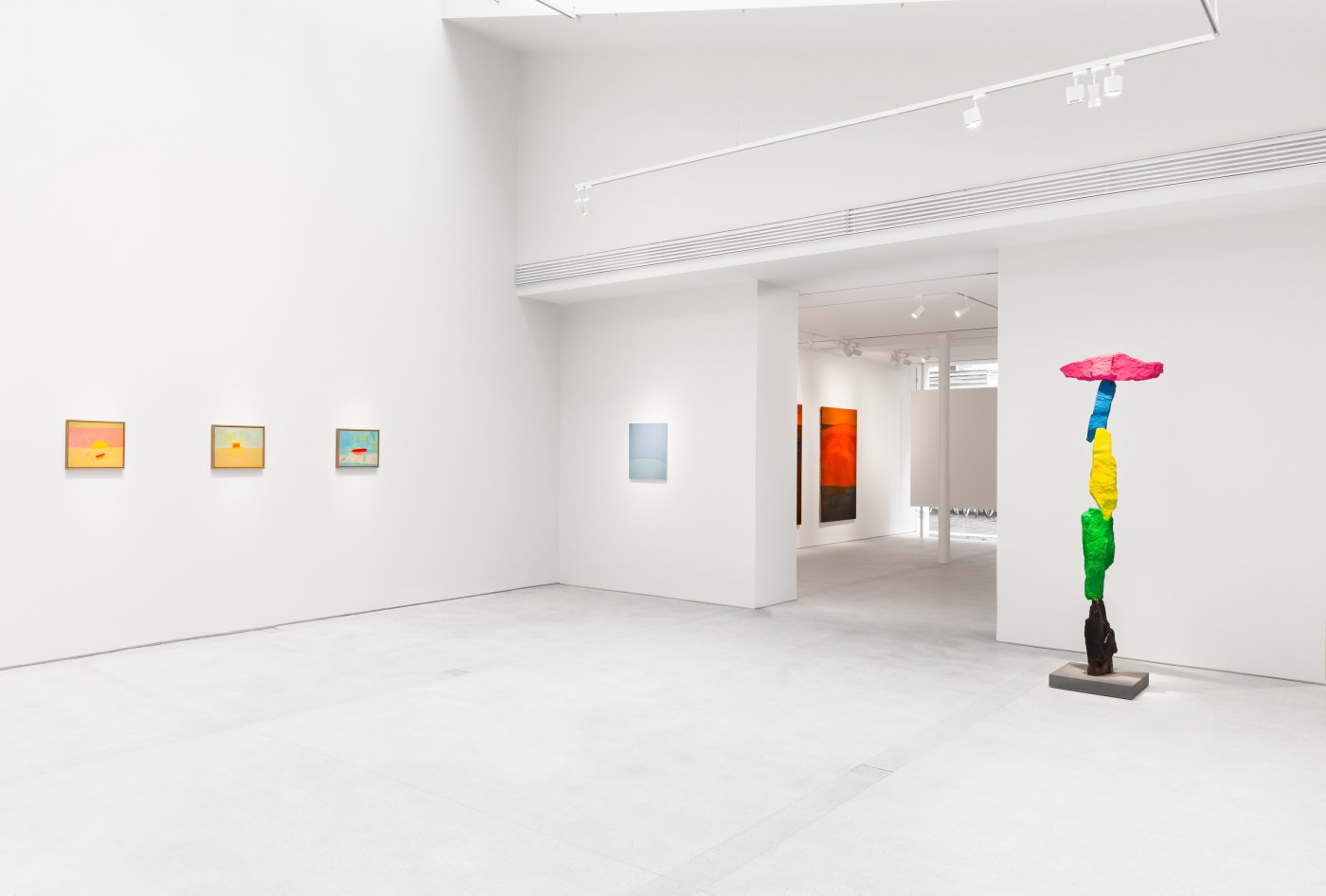 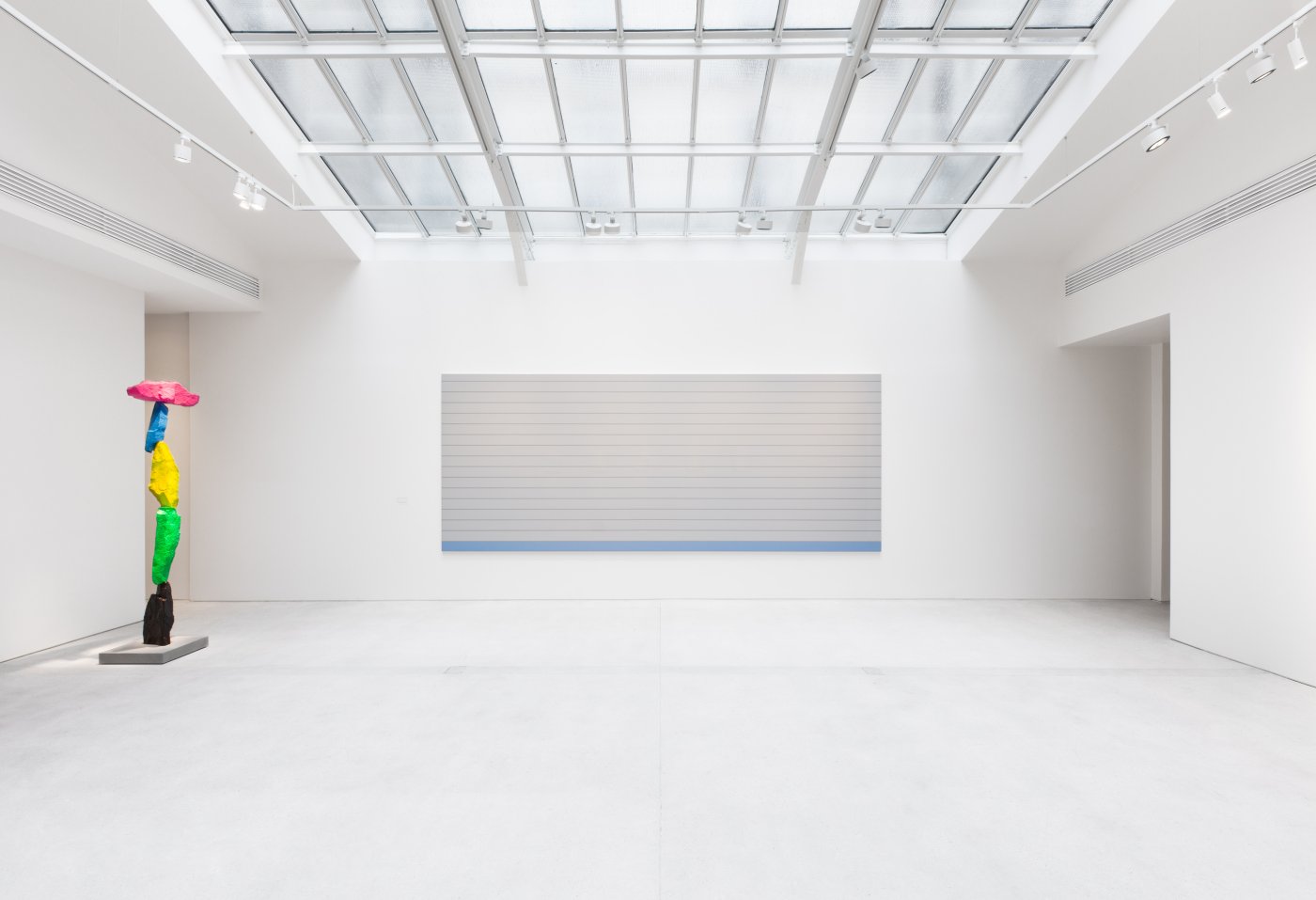 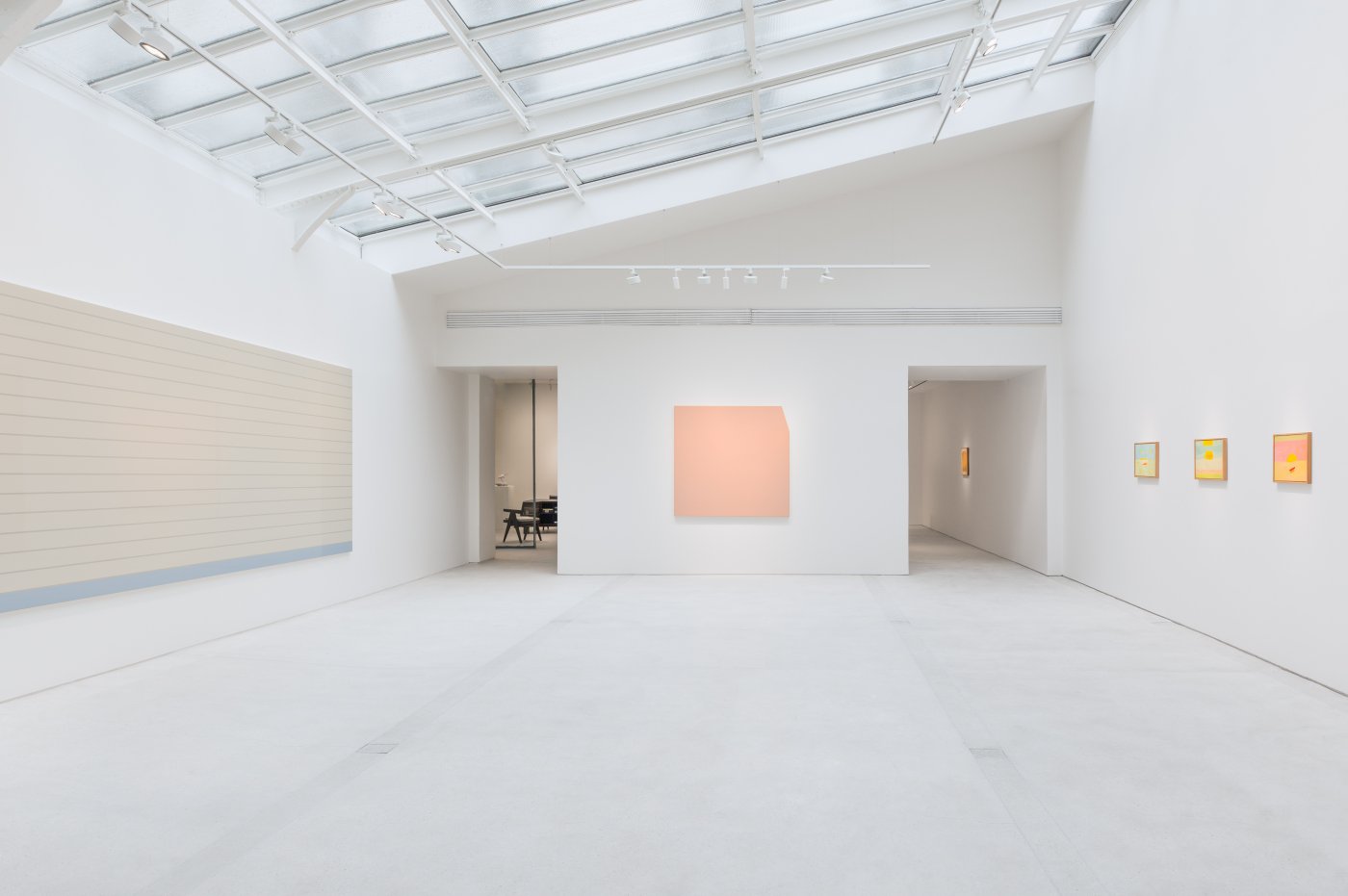 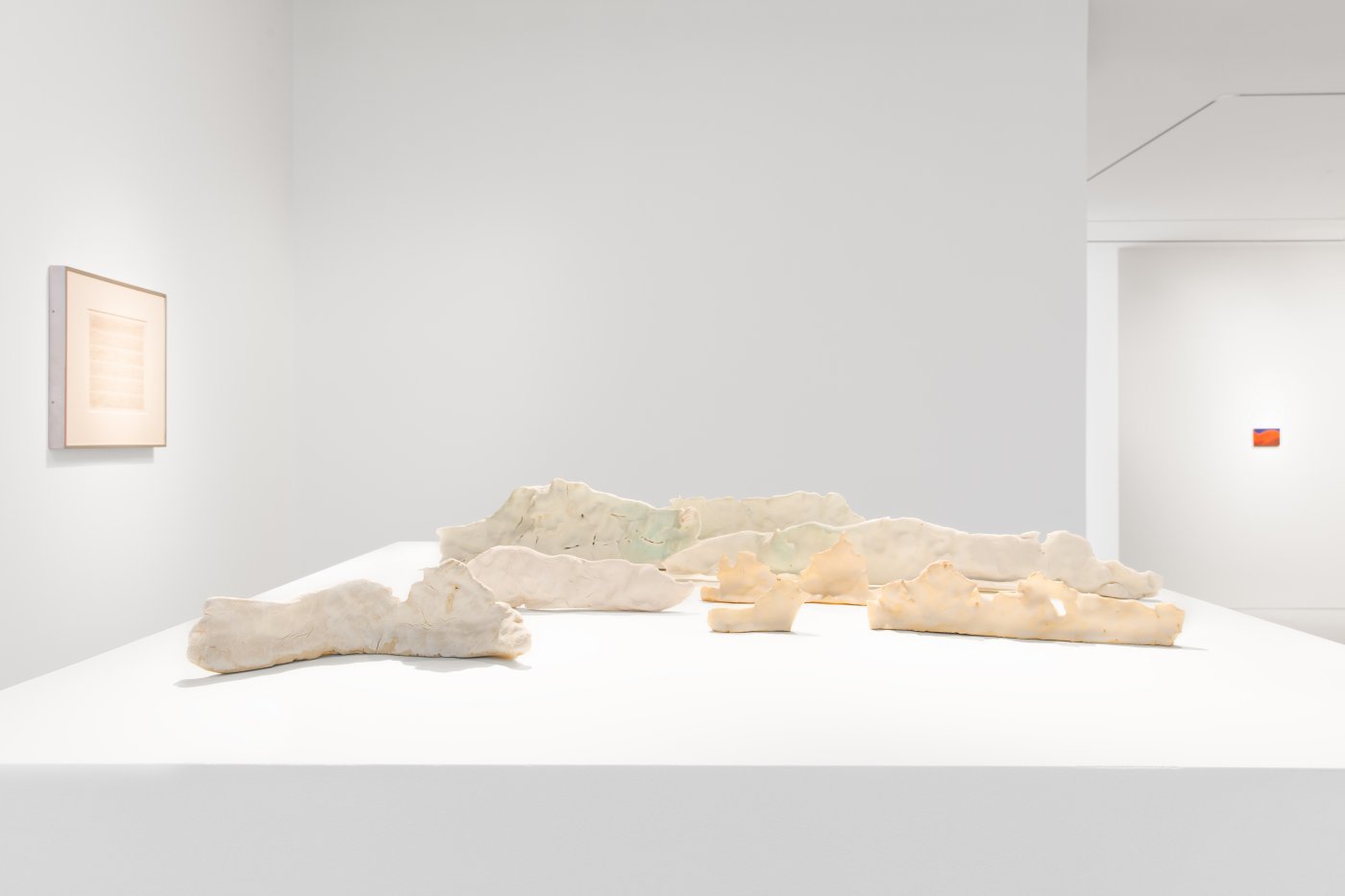 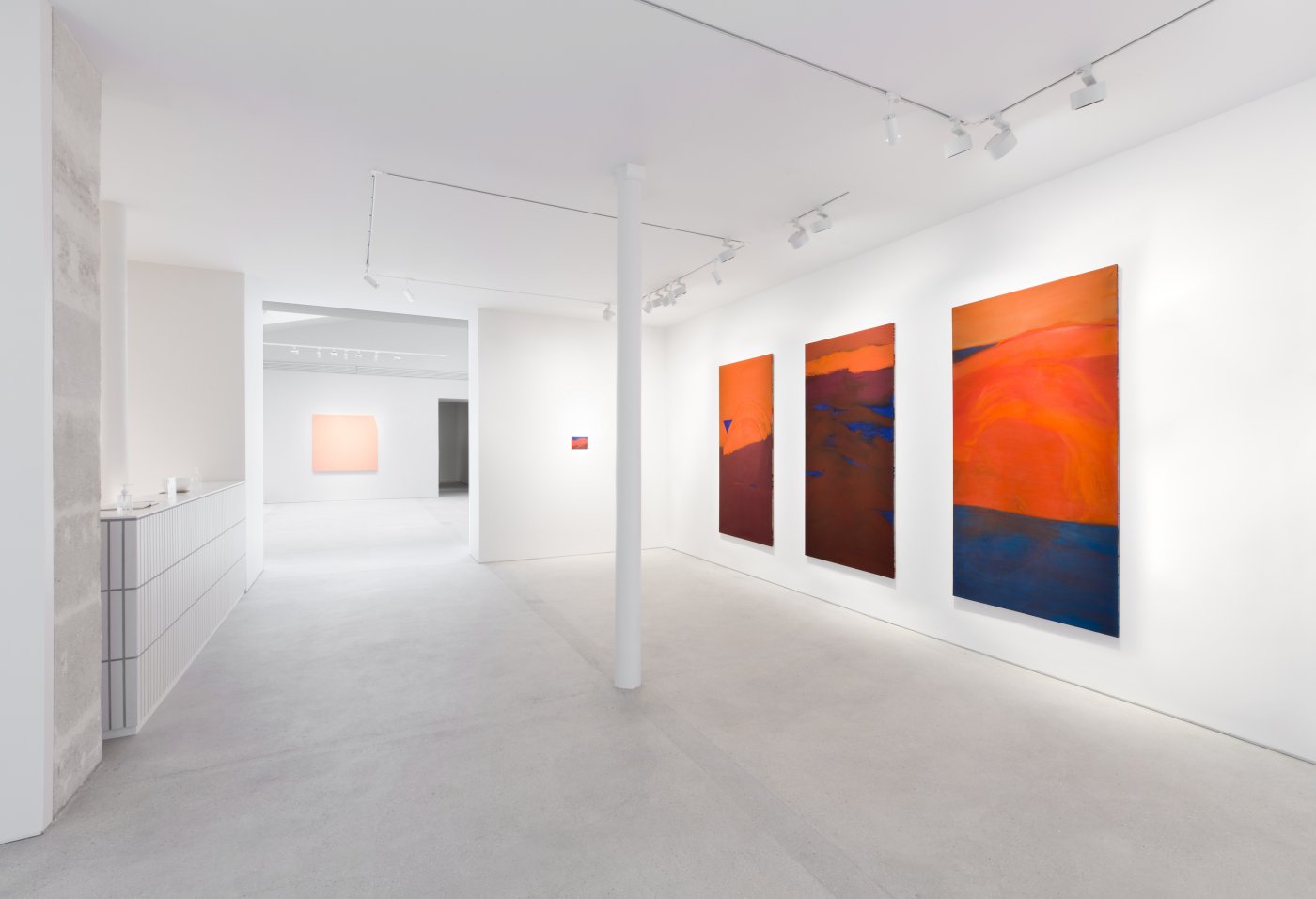 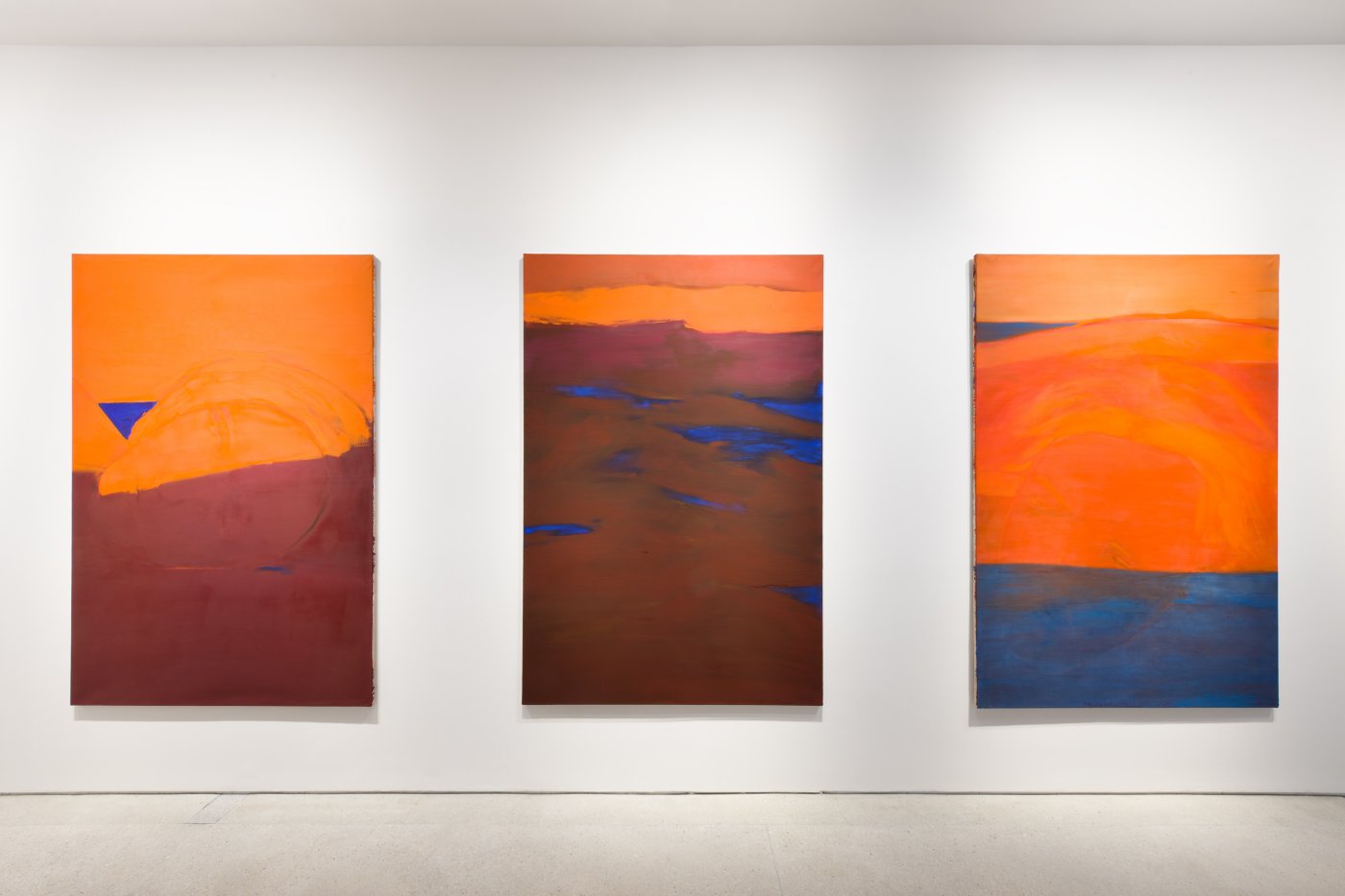 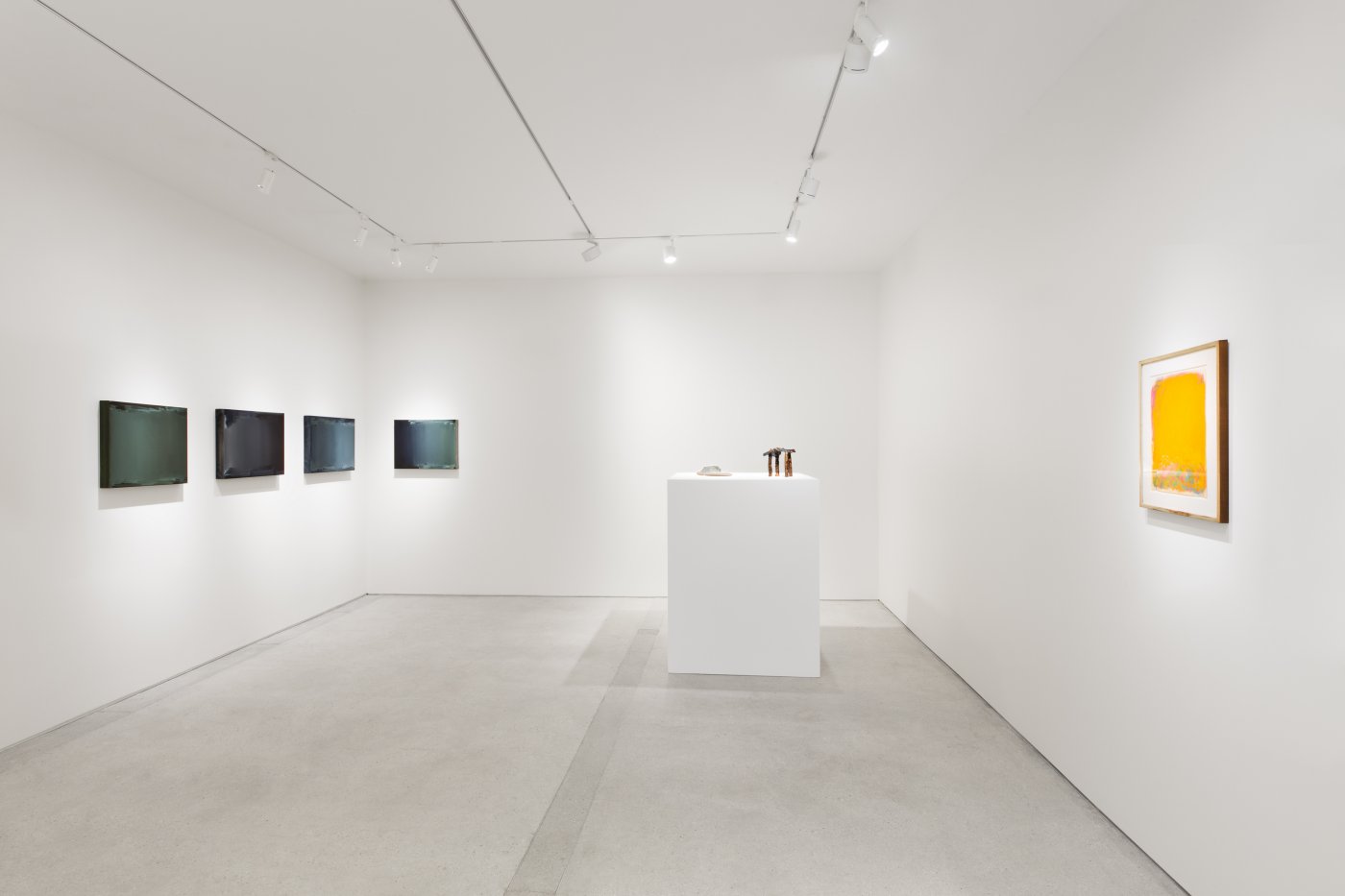 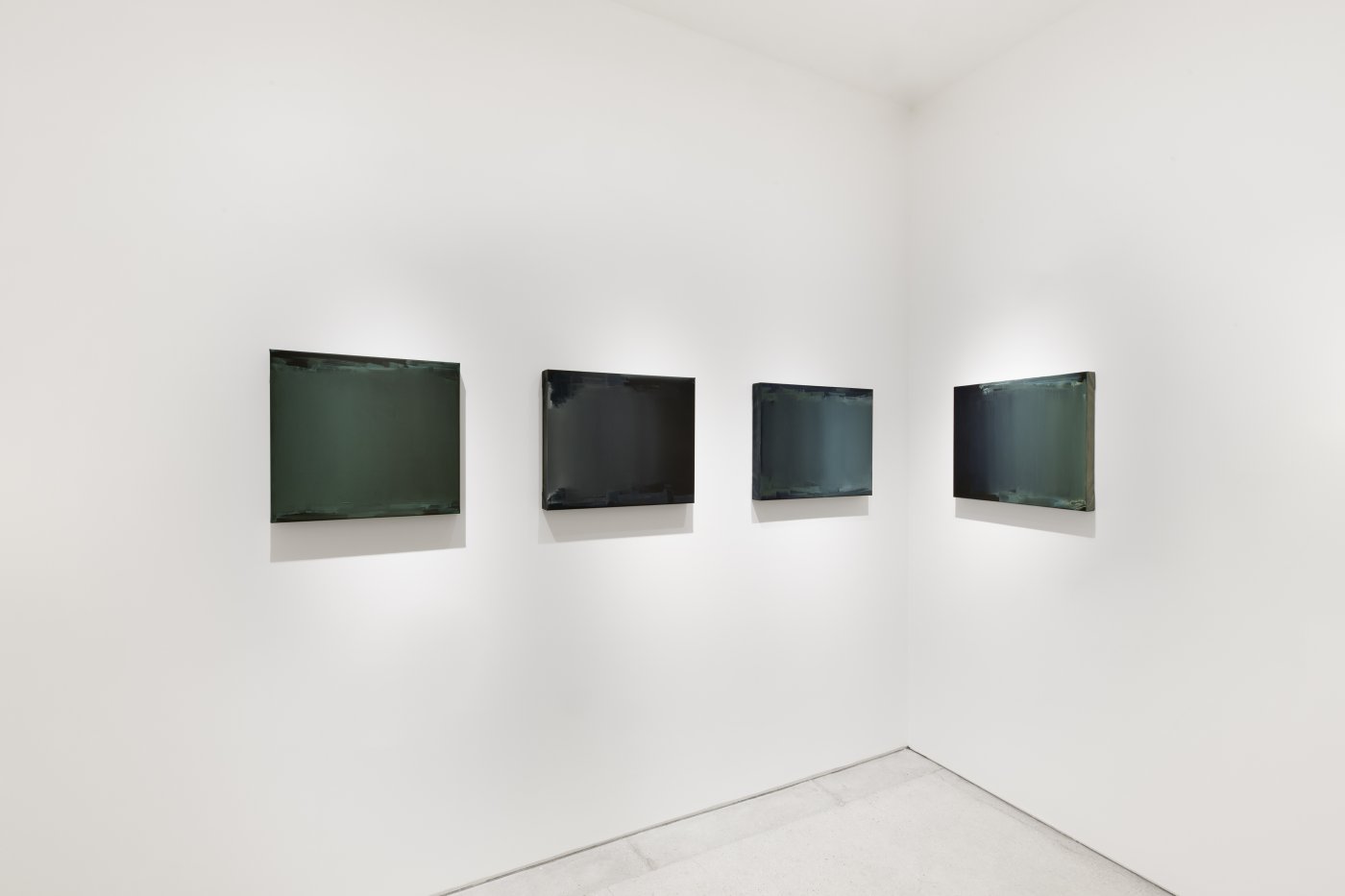 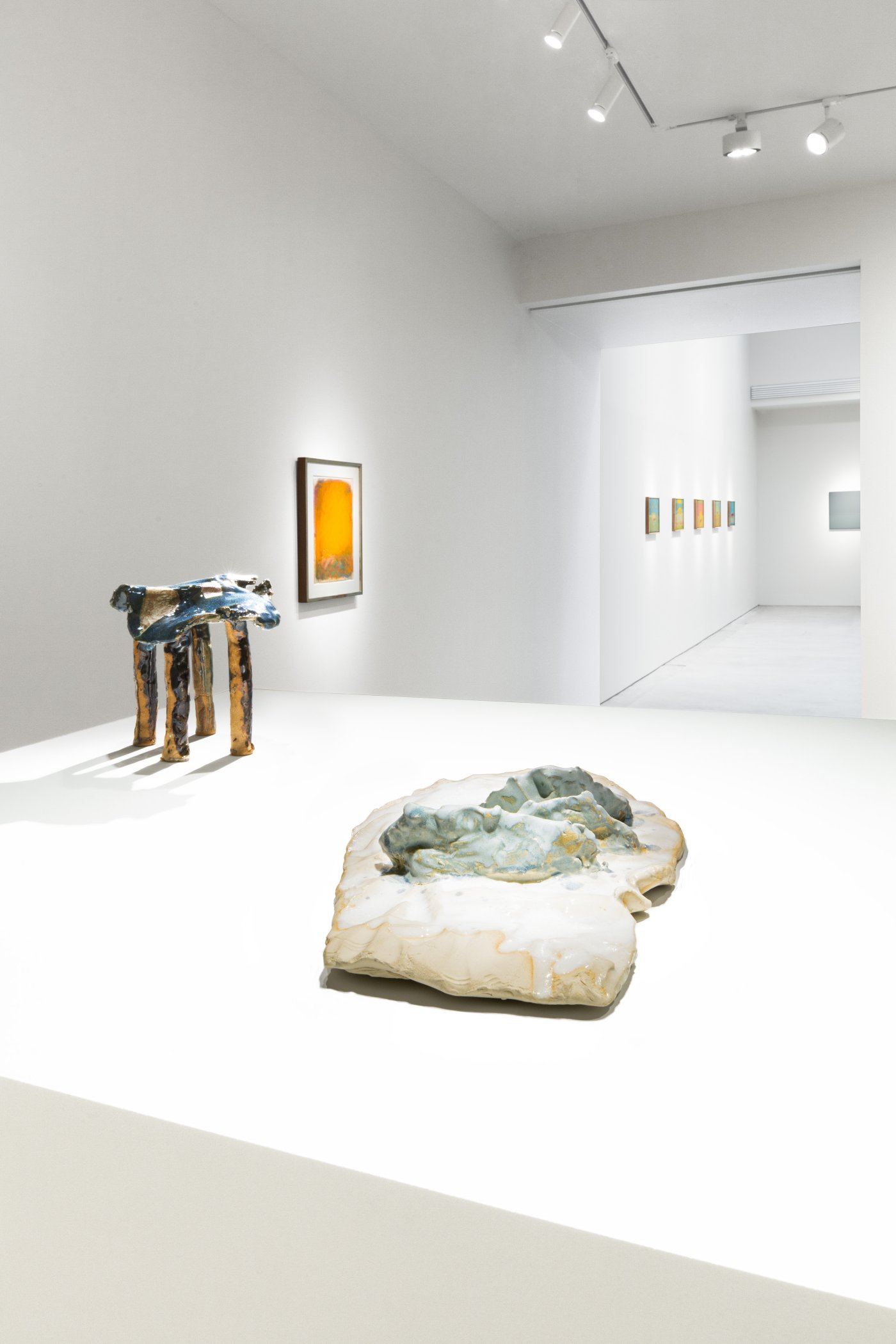 This presentation centers on a new poetic and nostalgic text by Adnan, based on her experience of moving between her native Lebanon, California, and France. Adnan considers the importance of those shifts, the physical and aesthetic displacements of her personal horizon, and the questions raised by such mutations. The show brings together artists whose work resonates with her own: Simone Fattal, Nancy Haynes, Agnes Martin, Joan Mitchell, Paulo Monteiro, Eugénie Paultre, Ugo Rondinone, Christine Safa, and Ettore Spalletti.

Understood in its primary sense, as a visible phenomenon, the horizon (from the Greek horos, “I trace a line”) designates a line that appears in the eye of the observer when they project their gaze over a limitless expanse. This horizon line, an element that is by nature intangible and abstract, the virtual meeting point of sky and sea, marks both the frontier of the finite and the infinite. It is a mirage and support of perspective. It sustains productive paradoxes that make it possible to interrogate the dynamic of perception and knowledge. The exhibition brings together artists driven by the same poetic instinct as Adnan, for whom the horizon also constitutes a starting point from which plural narratives unfold. The result is a great spectrum of aesthetic, poetic, and philosophical variations conducive to speculation and meditation.

Among the artists in the show, Simone Fattal has led a parallel life to Adnan, leaving Lebanon to live in France and the United States. In her delicate ceramic sculptures she fashions a suspended horizon—between reality and myth, abstraction and figuration— whose equilibrium is sought in the communication of an immutable light. It is also from the light that Adnan draws the essence of her work as a poet and painter. The result is an incandescent palette and a sensuous materiality in which the heritage of Nicolas de Staël and Joan Mitchell can be perceived, in particular the flamboyant and febrile light that they instilled into their paintings. In her text, Adnan lingers on the blaze of the Beirut sky at nightfall—and these sparks recur in the portraits by Franco- Lebanese artist Christine Safa whose ochre blues are drawn from the Mediterranean Sea and the walls of the Lebanese capital.

As for Eugénie Paultre, Nancy Haynes, and Paulo Monteiro, they turn to the shadows that can be found within the horizon’s fault lines. Whereas Paultre contains a somber glow in her minute paintings, Haynes invokes homages to writer and poets in canvases where light is compressed behind veiling shades of gray. Ugo Rondinone’s works elegantly complete this landscape in which balance is drawn from an alterity of lines and colors. These images of displaced horizons invoke numerous art historical figures, such as Agnes Martin and Anna-Eva Bergman, who explored the spiritual and aesthetic richness contained with the horizon line.

Through the constellation of works and artists assembled here, Adnan dwells on and questions the horizon, making us aware of a profoundly personal vision. She reminds us that the urban environment shows us a finite world in which perception is constantly thwarted, and that we must get down to reappropriating the fields of possibility that lie within the expanses of the horizon.