Hilary Doyle - On the Way to the Garden

Hilary Doyle - On the Way to the Garden

1 Lonsdale Road, W11 2BY Hilary Doyle - On the Way to the Garden


Taymour Grahne Projects presents On the Way to the Garden, a solo exhibition by MA-based artist Hilary Doyle. 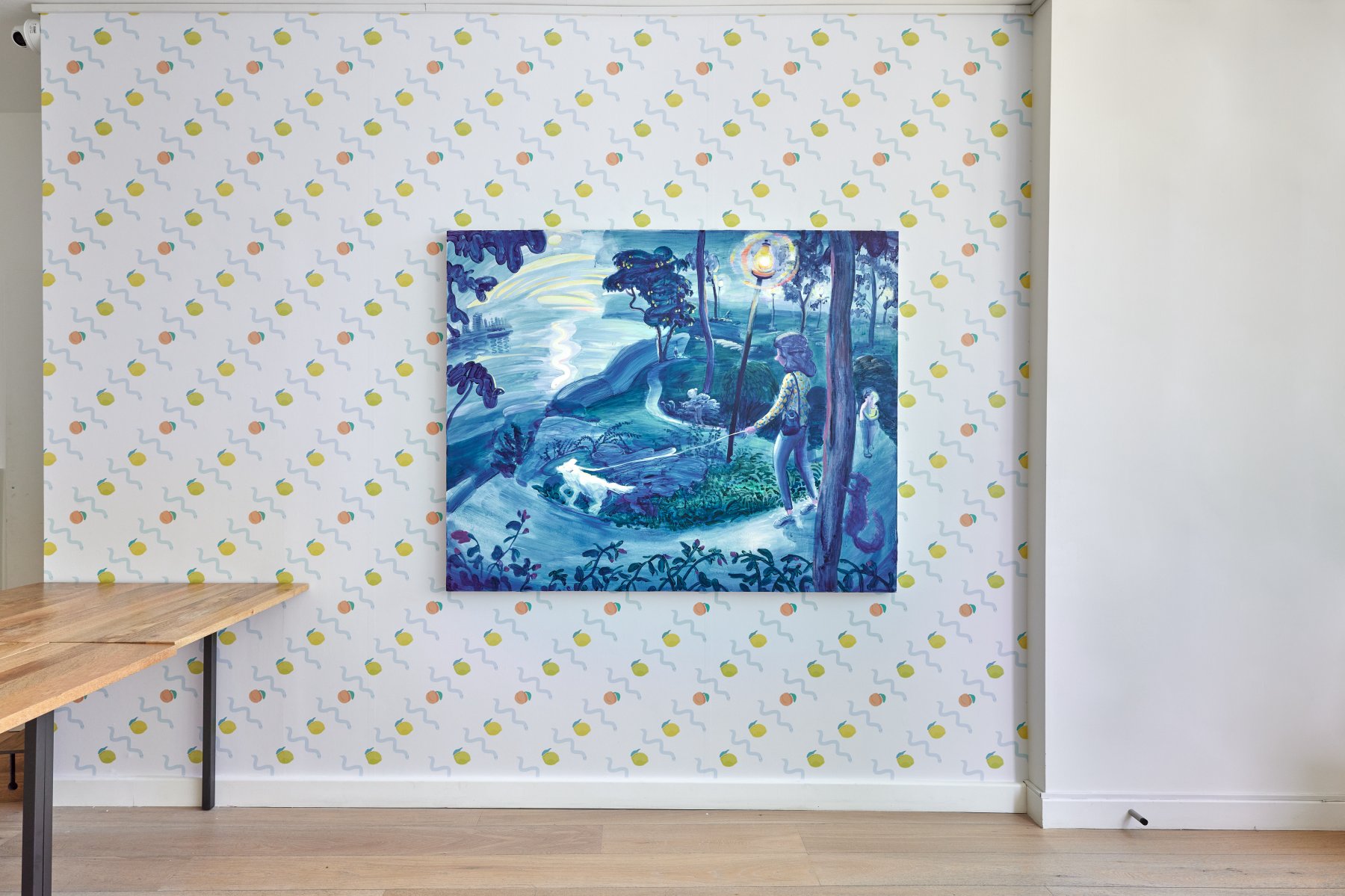 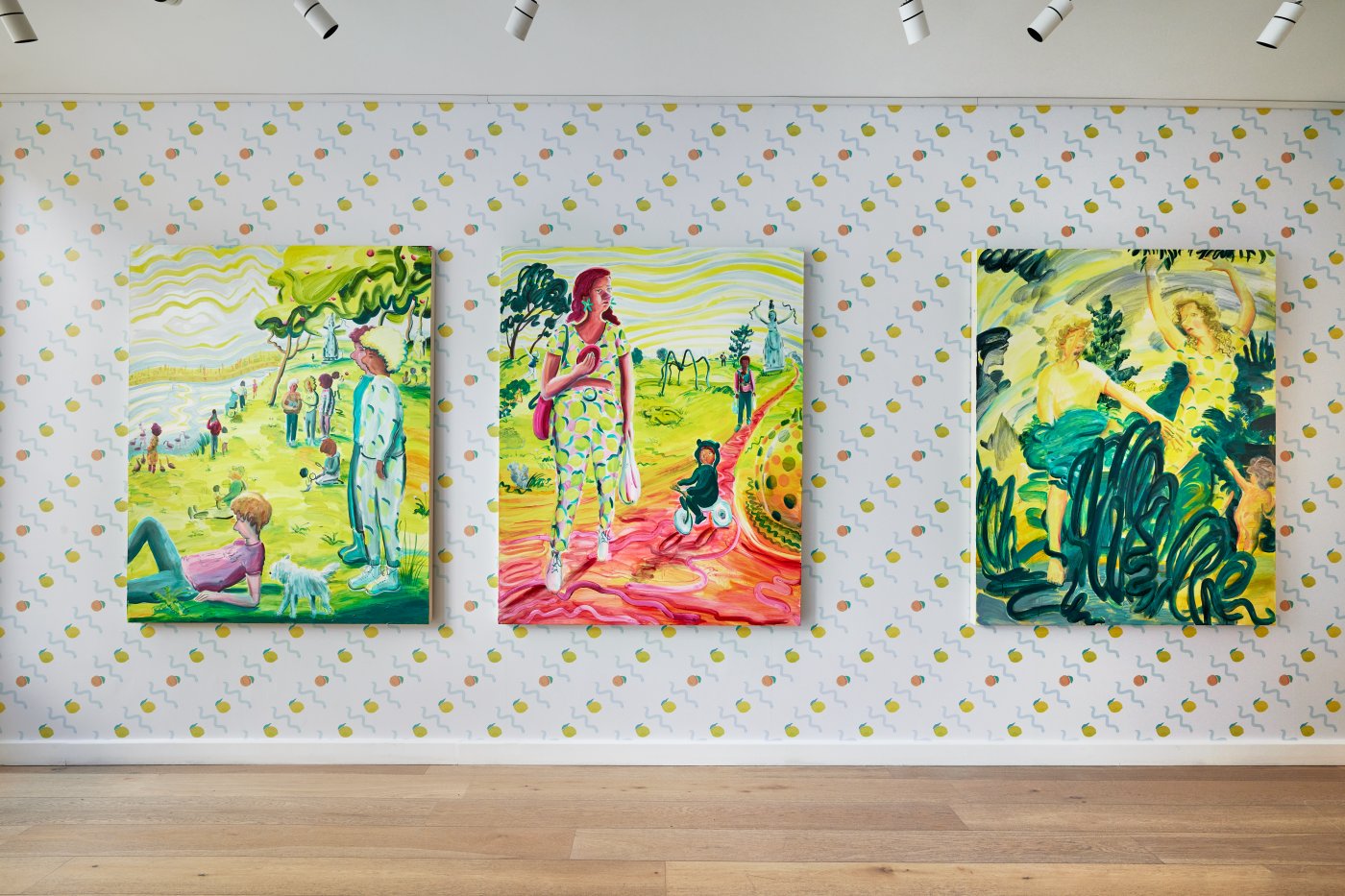 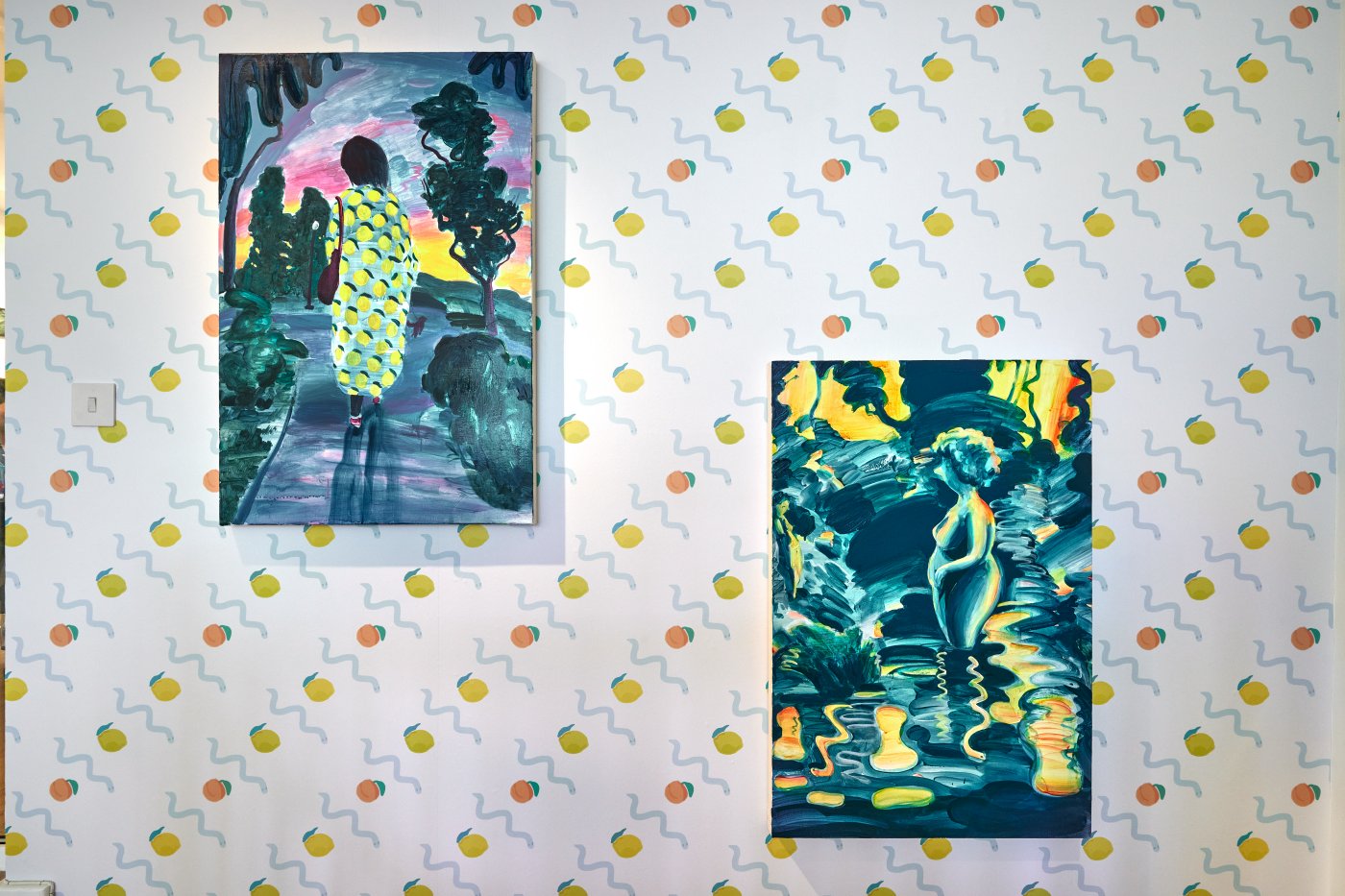 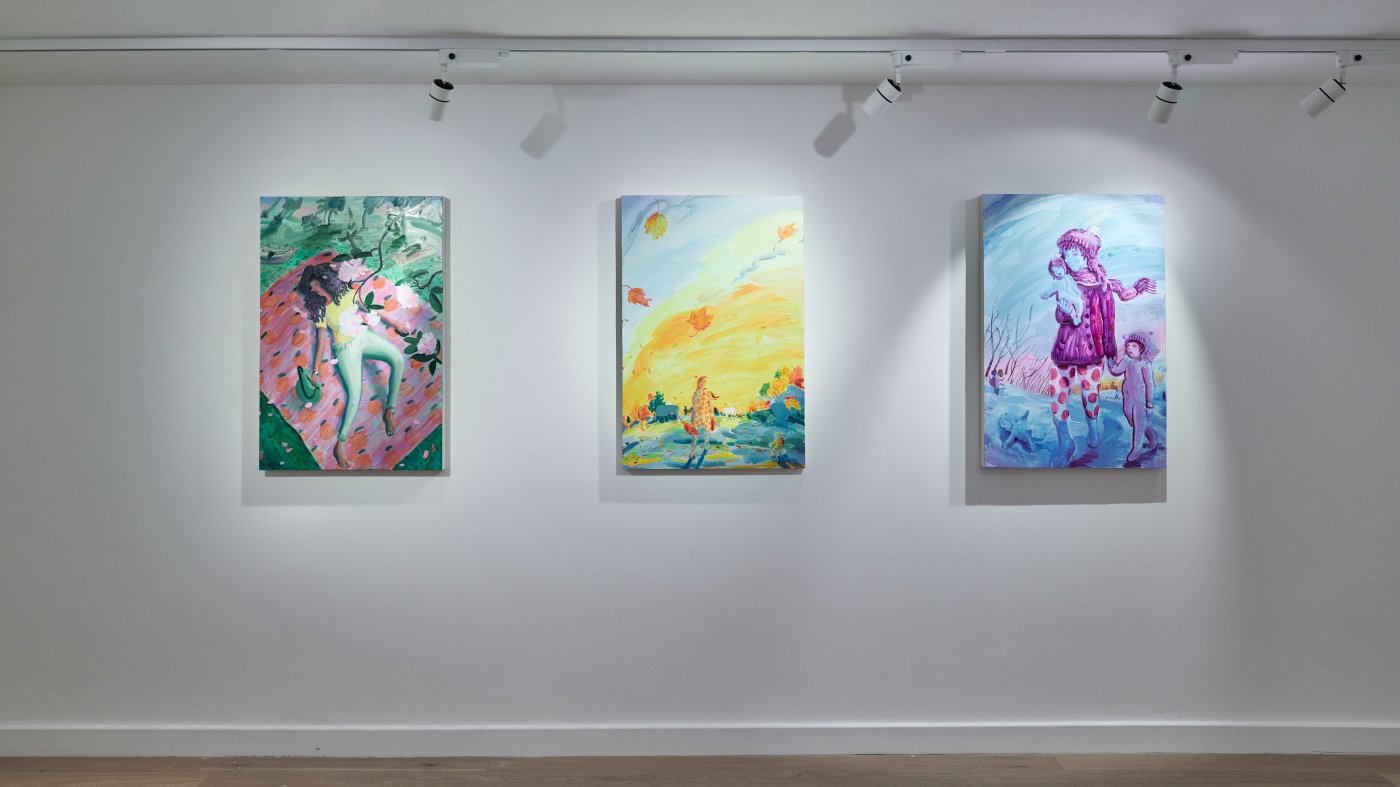 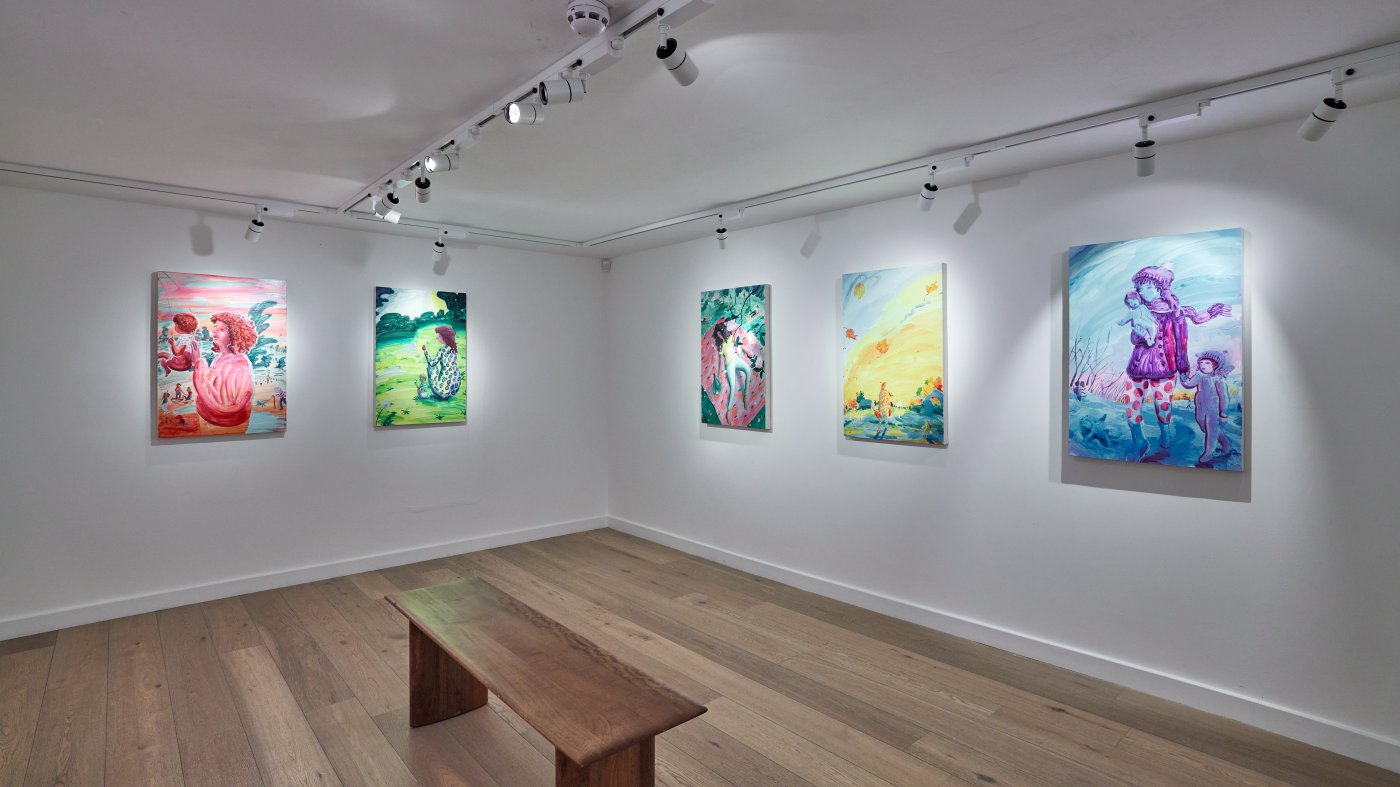 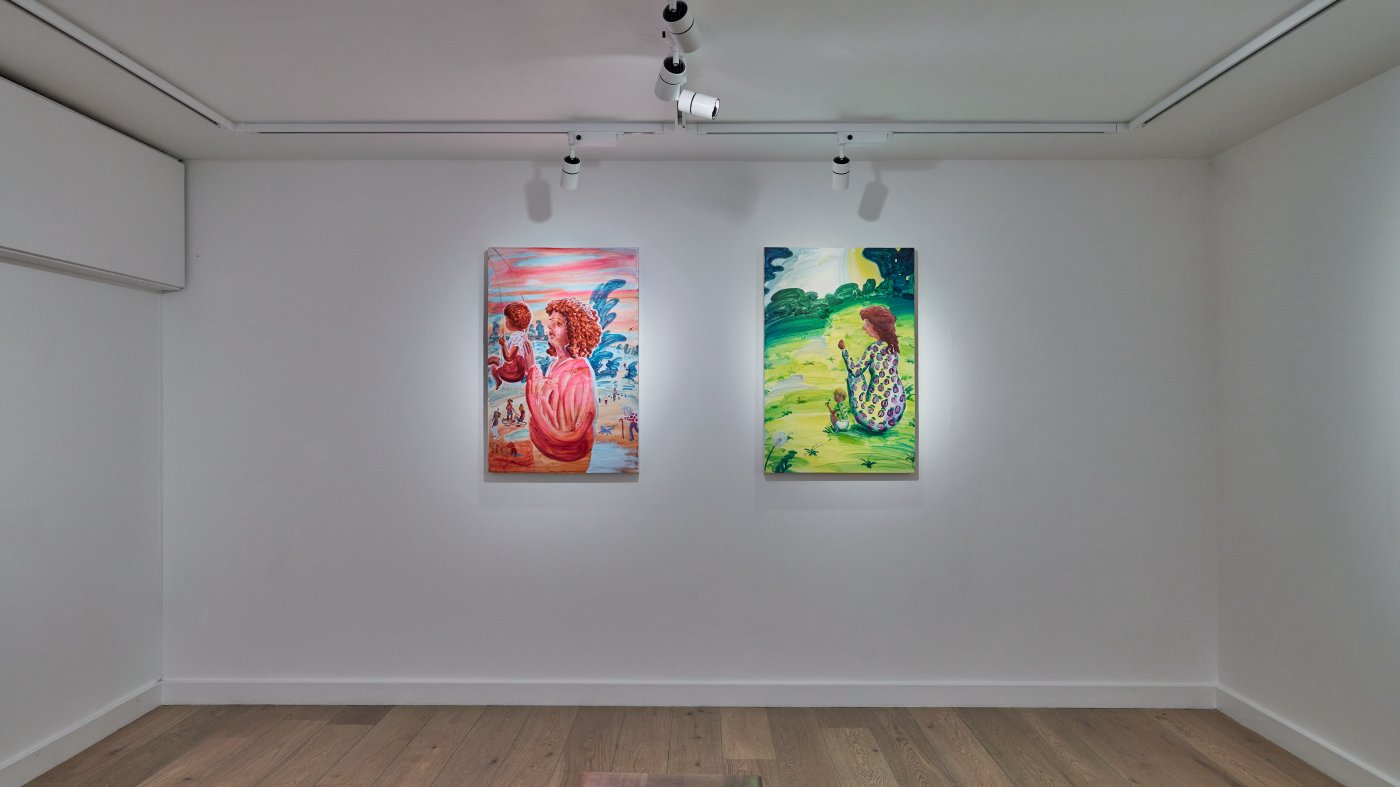 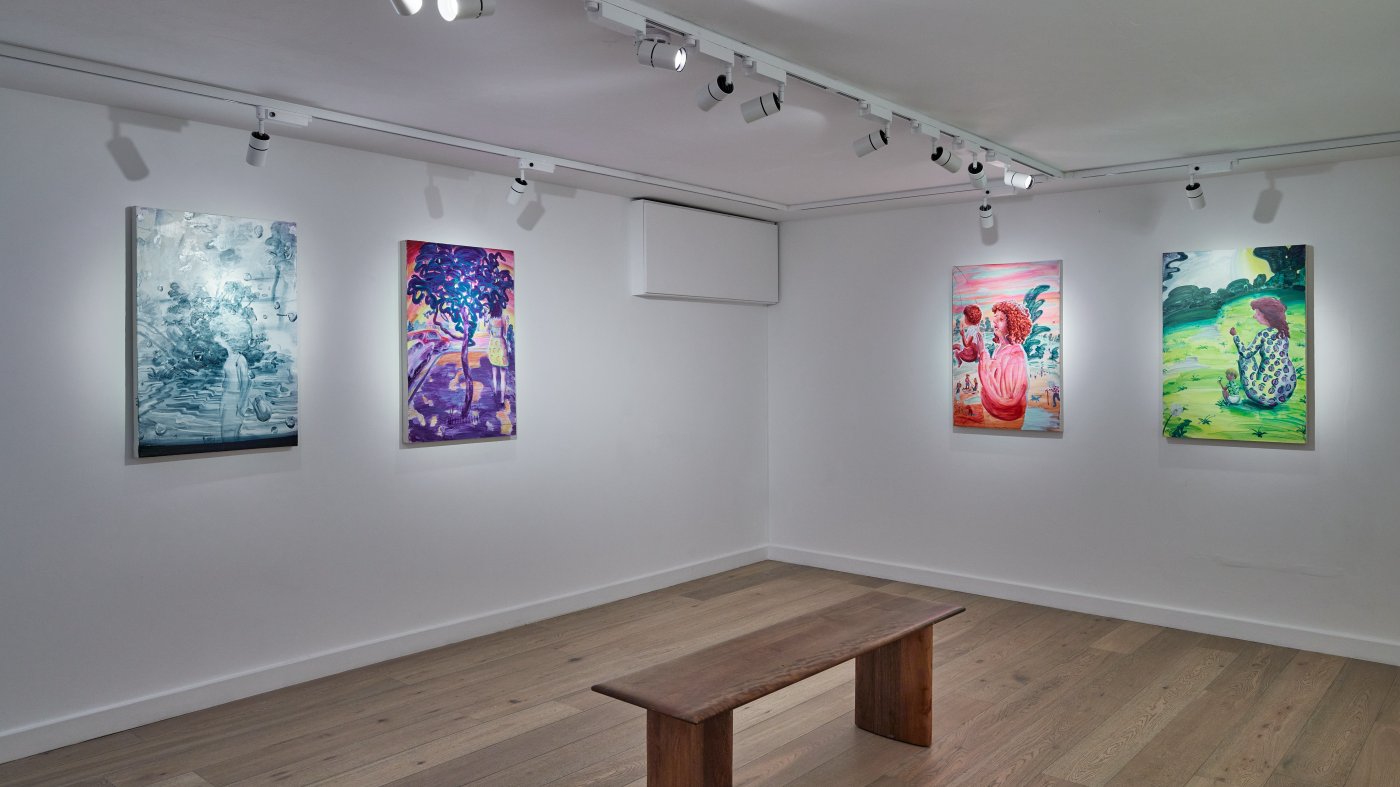 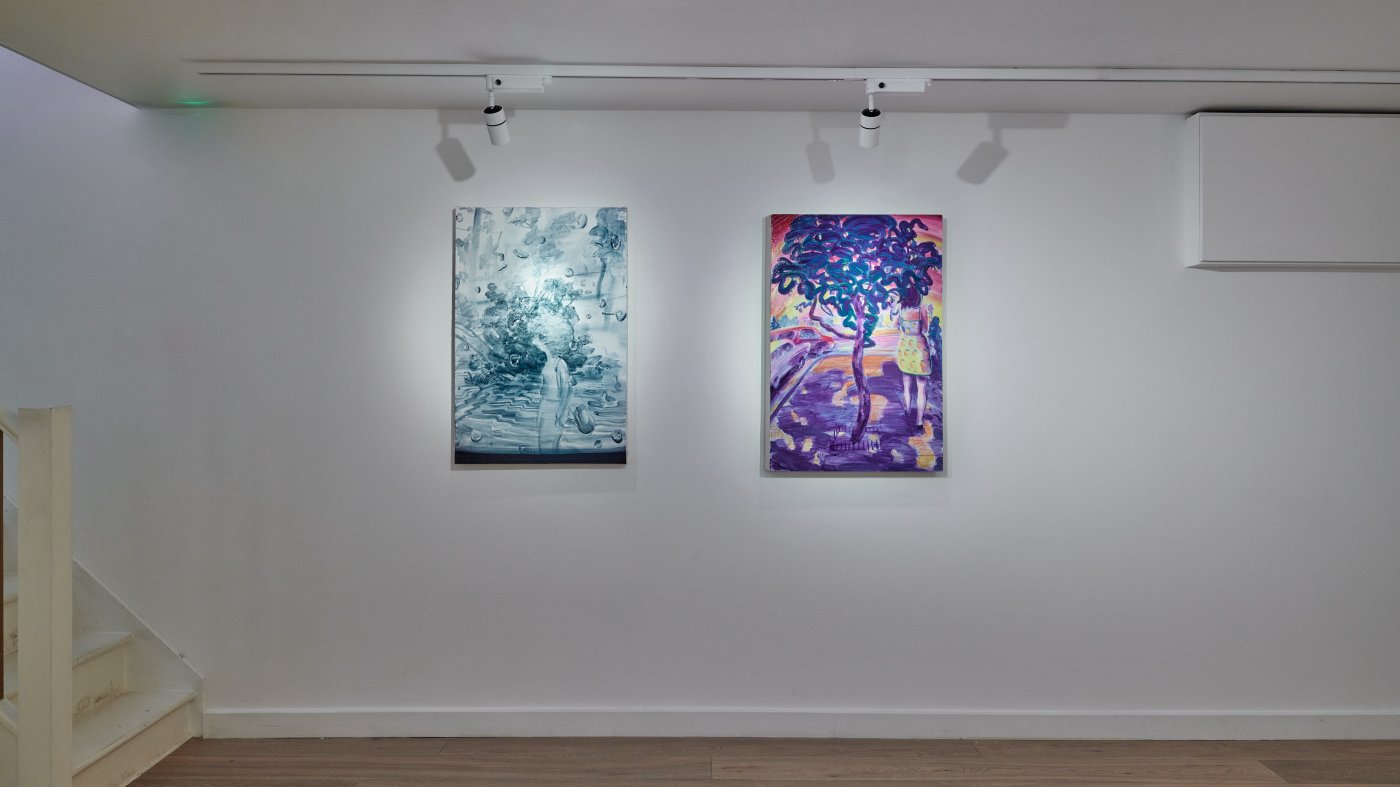 “Archaeological, mythological and historical evidence all reveal that the female religion, far from naturally fading away, was the victim of centuries of continual persecution and suppression by the advocates of the newer religions which held male deities as supreme. And from these new religions came the creation myth of Adam and Eve and the tale of the loss of Paradise.”

Hilary Doyle is an American artist whose work revolves around themes of womanhood, motherhood, psychology and everyday life. The above phrase is the basis for this body of work and comes from archaeologist and artist Merlin Stone. In her book When God Was a Woman, Stone compiles countless examples in ancient, Neolithic and prehistoric art that all point to a time, not that long ago, where women were not just equal to men but respected members of society, celebrated and worshipped as goddesses. Her book shows how art, religion and mythology were all used as tools to remove women’s power in society and that this is a fairly recent 2,000 year old phenomenon.

In her first physical solo show with Taymour Grahne Projects, Doyle explores public urban parks seen as a contemporary Garden of Eden, or a stage for questioning gender roles, mythologies and how they have shaped our world. In these invented urban parks, female figures drawn from Greek and Roman mythology such as Eve, Pomona and Medusa, along with a community of women reclaim the forbidden fruits and the archetype of the snake, which were co-opted from ancient goddesses by male religions. This imaginary, yet possible, world is on the way to eliminating patriarchy while it still plays with its ancient histories.

To question the curse of oppression that was first placed on women by the artwork of the Judeo-Christian cultures and still permeates into society today, women are seen wearing clothing with fruit patterns. Fruit also holds multiple symbols in the paintings: hope for a fresh start in the pandemic, reclaiming the forbidden fruit myth, or how women, like fruit or flowers, are all too often underestimated, as simply beautiful.

Drawing inspiration from research including the book Societies of Peace: Matriarchies Past, Present, and Future and mythological stories, Doyle paints a utopian society created by women. This imagined community of women is one with nature and all members support and help one another without malice or problems. The Greek Goddess Daphne runs from Apollo’s grasp and the Venus of Willendorf basks skinnydipping in primordial water. Medusa, once cursed, is now seen liberated and celebrated in Doyle’s colourful gardens. All images rely on the understanding that the study of Goddesses and matriarchies are keys to realizing a positive future, and yet remain hidden: lost in “prehistory”, in the trees and clouds, in memory and myths waiting for redemption. The first step towards ending patriarchy is imagining what an end to it might look like.

These ideas are usually blended with Doyle’s personal experience of motherhood and giving birth during the pandemic. Observations on daily stroller walks in parks, sketching on benches surrounded by geese, watching flower petals and leaves bud, emerge, and float in the wind inspire her art.

Hilary Doyle is an artist, teacher and curator from Worcester, MA. Her work includes painting, drawing, printmaking and sculpture. Doyle recently exhibited at venues such as Hesse Flatow, Public Swim, and Monya Rowe Gallery in NYC and Gallery Func in Shanghai, China. She has had solo shows at One River School, The Active Space and Brown University. Her works are in the Beth Rudin DeWoody Collection and have received press coverage in Hyperallergic, Bushwick Daily, and New American Paintings Blog. Doyle has taught for years at Rhode Island School of Design, Brown University and Purchase College and co-founded and teaches for the NYC Crit Club. She was recently gallery co-director at Transmitter gallery and curates shows independently. Doyle received an MFA from Rhode Island School of Design and a BFA from the Massachusetts College of Art and Design. Currently she lives and works in Worcester, MA.