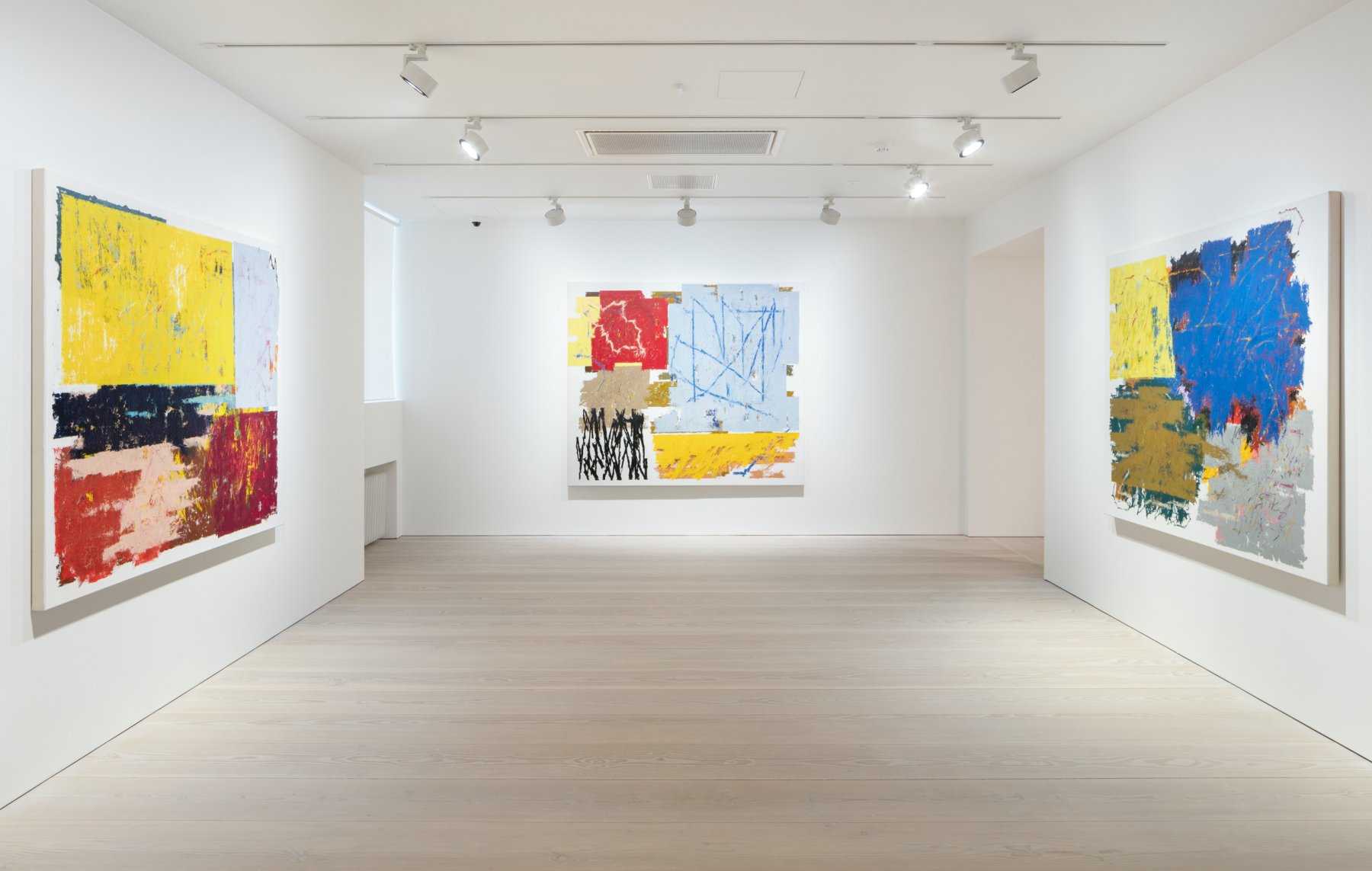 Dubbed Dürer’s door, the device uses threads to transfer three-dimensional objects onto a flat surface by emulating the path of light from the object to the viewer’s eye. The Dürer’s door reference makes a broader metaphoric statement about Keko’s exhibition, for he applies the method in reverse, intuitively tracing rays from the eye back to the object. Keko’s fuzzy, conceptual rays acquire a variety of shapes and forms as he inscribes them on his canvas. The lines dance upon the canvas as the hook that holds together the floating compositional elements, which the artist describes as existing in a state of flux, constantly unfurling in temporary guises of form and color, ever-changing and regrouping in new configurations. This state of flux is like a metaphor for human life and the way our selfhood and personality are constantly moving and changing, whether compelled by inner forces or external exigencies.

What ultimately intrigues Keko about painting is color and its combinations. His paintings abound in clusters and splashes of color that correspond to the artist’s intuitive experience of different hues. Employing an intuitive approach, Keko strives to infuse his work with emotional intensity and direct, palpable energy. Although his process begins with an analytical projection, Keko’s art has less to do with intellect than with human experience and what it means to be human. What matters to him is how different color combinations feel – which, at its core, has less to do with color theory than sensing and responding as an individual and a human being.

Hermanni Keko graduated from the Lahti Institute of Design in 2012 and received his master’s degree in fine arts from Aalto University in 2019. He has held solo exhibitions at TM Gallery in 2018, and he took part in the Young Artists’ Exhibition at Kunsthalle Helsinki in 2019.