herman de vries: all all all

herman de vries: all all all 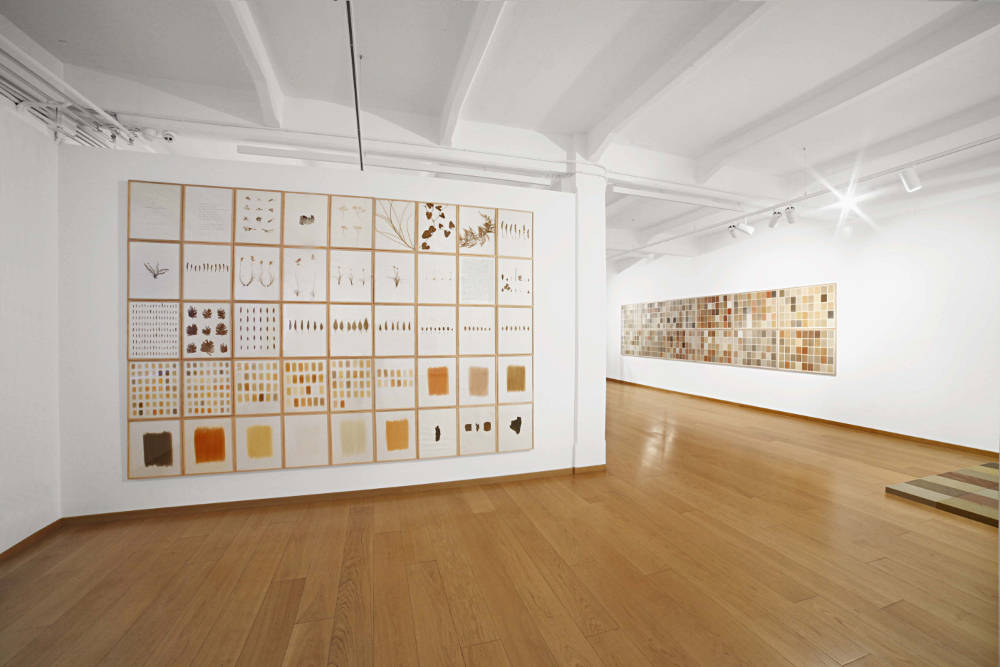 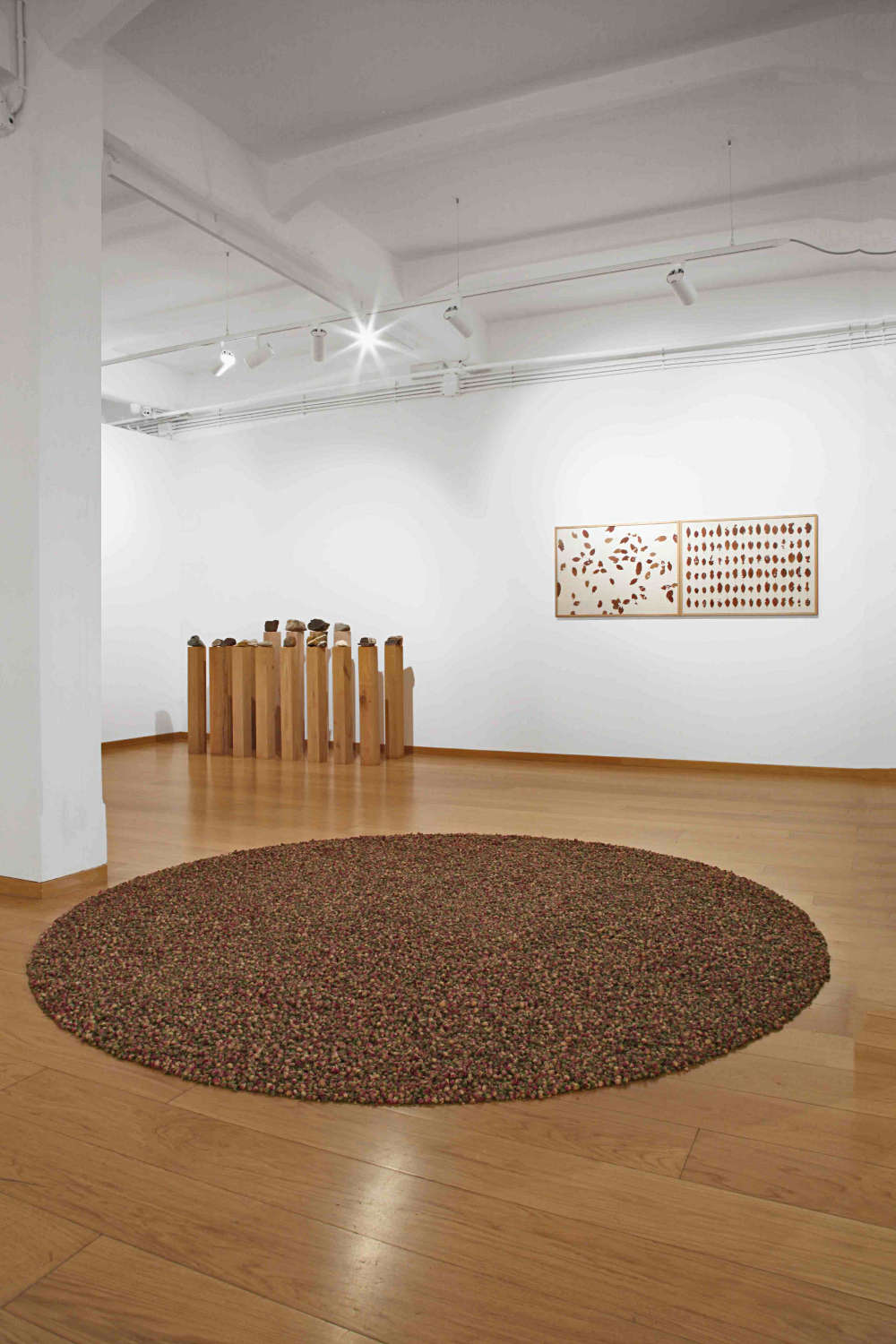 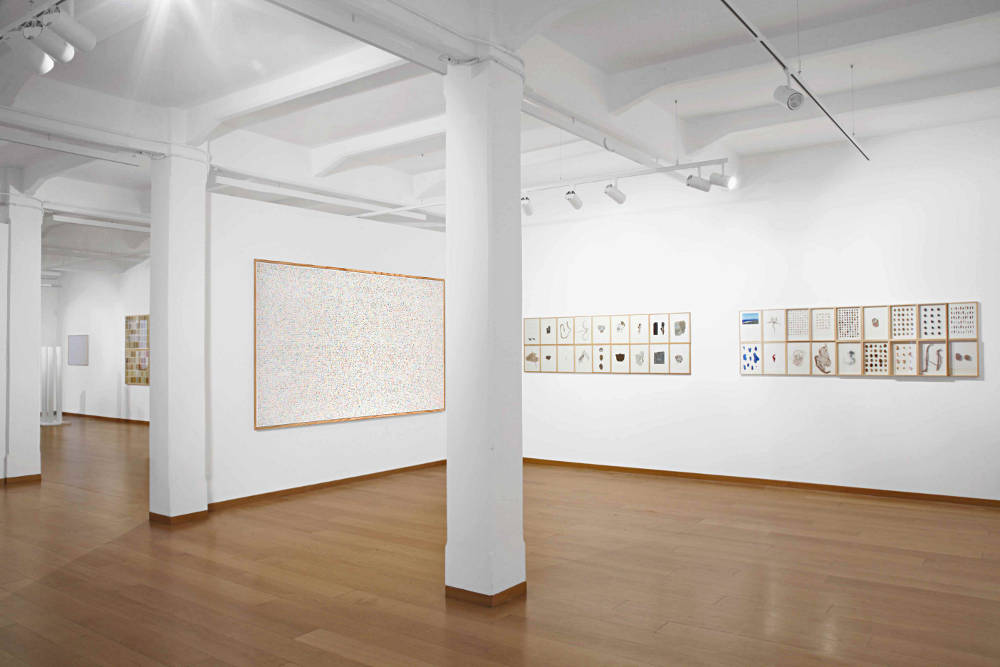 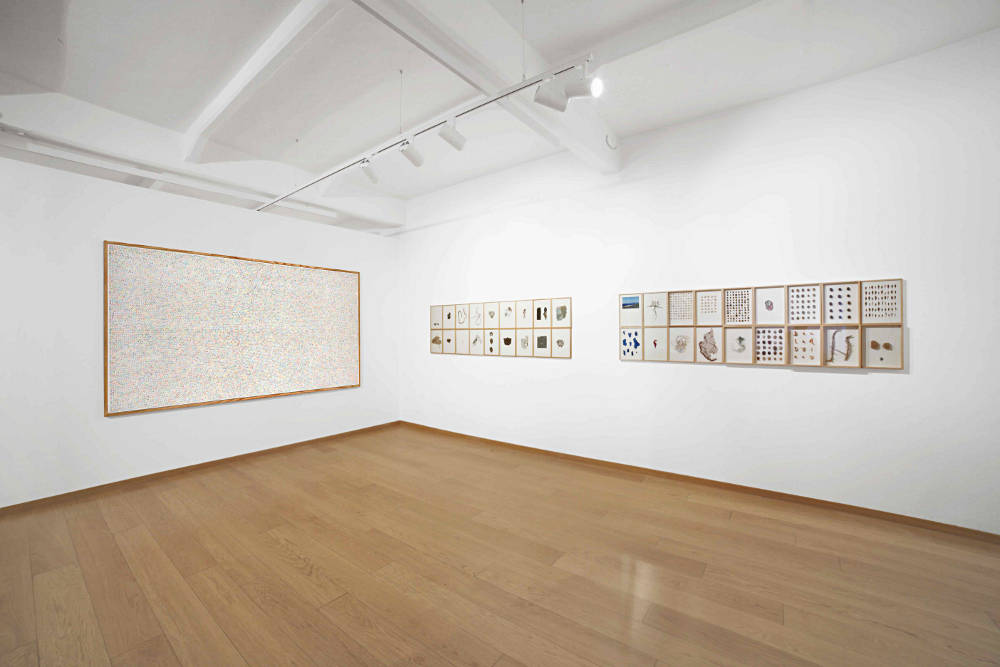 The exhibition, curated by Francesca Pola and realized in collaboration with the artist and his studio, brings together a series of highly significant examples of his work, to retrace the key stages in his creative career. Thanks to the chronological variety and the different types of the work included, the exhibition represents the first authentic retrospective of the artist in Italy: this is an opportunity to admire not only his monumental works in the Gallery, but also other particularly meaningful pieces which marked his creative path.

From the time of his early involvement in the international movement ZERO, in the late 1950s and early 1960s, de vries has always pursued the idea of simplicity and economy in his expressive, compositional, and working methods, in an attempt to recreate the basic mechanisms of life within the artistic process. Over the decades, his oeuvre has shown an extraordinarily rich penchant for invention and for experimentation with different materials and languages; art, science and philosophy are constantly interwoven and tied to the world around us. The aim of this exhibition is to convey this conceptual complexity, but also the sensory impact of de vries’ work, which is always a one-of-a-kind experience of extraordinary physical and mental intensity.

The show sets off with a number of works from his “random objectivation” series of the early 1970s: basic geometric configurations and white monochromes, influenced by Zen Buddhism and Taoism, and conceived as an antidote to the subjectivity and emotion of the previous Informel trends in Europe.
In the mid-1970s, de vries began to concentrate on natural materials, processes and phenomena, presenting them as primary physical realities of human existence: ever since, he has collected, arranged, singled out and displayed fragments of nature and culture, calling attention to both the oneness and the diversity of the world around us.

The exhibition therefore includes works made from organic materials such as earth from various parts of the globe, leaves, flowers, and plant matter of various origin, stones, ash, wood, and charcoal.
The hub from which de vries’ work springs is the biotope he has developed at his home base in Eschenau, Germany, and during his travels around the world. Earth, in particular, as a physical expression of different places, is also a symbolic element used by de vries; it becomes an echo of different cultures, and a natural pigment that reflects the basic, primary chromatic gradations of the world.

An extraordinary work presented in the exhibition is from earth: vergleichende landschaftstudien (1994 – 1996), made of 12 elements, each of them containing samples of earth collected in different places of the world, from Germany to Sicily, from Scotland to Senegal.

Juxtaposed with these works made from natural elements are pieces in which language itself – both visual and conventional – serves as the key material of the work, constructed by singling out and repeating an individual semantic unit or word. The choice of these words is not purely random, but rather prompts reflection on our being-in-the-world: the terms that appear in these pieces, such as “endless”, “this”, “happy”, and above all “change”, are all keys to understanding the essence of de vries’ work, which is grounded in a fundamental dialectic between determinacy and indeterminacy, construction and destruction, compositional patterns and freedom of expression, though this conflict is always resolved in the crucial moment of the unique, never-to-be-repeated experience.

Among them is the work all all all (1994), on loan from Kunsthalle Schweinfurt, that lends its name to the show: to signify the artist’s will to include in his own work the complexity of the world, in its natural and artificial parts that are strictly interconnected and communicate with one another.
Emblematic is also the return of beauty (2003), made up of a collection of human-made artefacts that, as unused fragments that have ceased to serve any function, once again become part of the natural process: it is an invitation to rediscover the “return of beauty” in its basic essence, as traces of life poised between nature and artifice.

Himself a biologist and natural scientist, de vries believes that nature’s processes and phenomena cannot be translated and explained in merely rational terms: all of his work moves towards a suspended, poetic transposition of the meaning of life, focusing on the complex relationships between nature and culture, and how these two components of our lives influence each other.
One of the most engaging parts of the show is the installation rosa damascena. Realized on site, it is the compelling poetic and sensory impression created by the colour, but above all, the fragrance of dozens of small rose buds, arranged to form a circle at the centre of the exhibition; each visitor who walks around it comes away with a different personal experience of enormous mental and physical power. The multisensory nature of the show, in which the encounter with de vries’ work unfolds on more than one plane of perception (visual, olfactory and conceptual) points to the exceptional vitality of this artist’s work.

The exhibition is accompanied by a fully illustrated catalogue published by Mousse, which includes an essay by Francesca Pola, images of selected works, installation views of the London and Milan exhibitions and a bio-bibliographic appendix. Based on extensive art-historical research, it offers a more complete overview of de vries’ work and is meant to pave the way to further international studies.

herman de vries (Alkmaar, Netherlands, 1931) lives and works in Eschenau, Germany. He is considered an internationally pivotal figure in twentieth-century Dutch art. In 1954 he began working with mobiles, collage, and monochrome, and quickly took on a prominent role in the Dutch group Nul and the international movement ZERO; this also included intense involvement with experimental publishing, in projects such as the review Integration. His works can be found in the collections of museums around the world, and in 2014 and 2015 were featured in the exhibitions on ZERO at the Guggenheim Museum in New York, the Martin Gropius Bau in Berlin, and the Stedelijk Museum in Amsterdam. He represented the Netherlands at the International Art Exhibition of the Venice Biennale in 2015, where his project in the national pavilion and on the island of Lazzaretto Vecchio drew unanimous praise from critics and visitors.

Courtesy of the artist and Cortesi Gallery