Herbert Zangs: Plus Minus

Herbert Zangs: Plus Minus

“Multiplied-Plus-Minus-Equals – the great formula of miraculous, unexplainable life, manifests itself time and again in my work, in manifold ways.”

Blain|Southern New York presents Plus Minus, an exhibition of work by Herbert Zangs (1924- 2003 Krefeld, Germany), the first in New York for fifty years. The exhibition features key works from the 1950s and 1970s, including his monochromatic “Whitenings” paintings, object-collages and works that demonstrate his frequent use of mathematical signs. 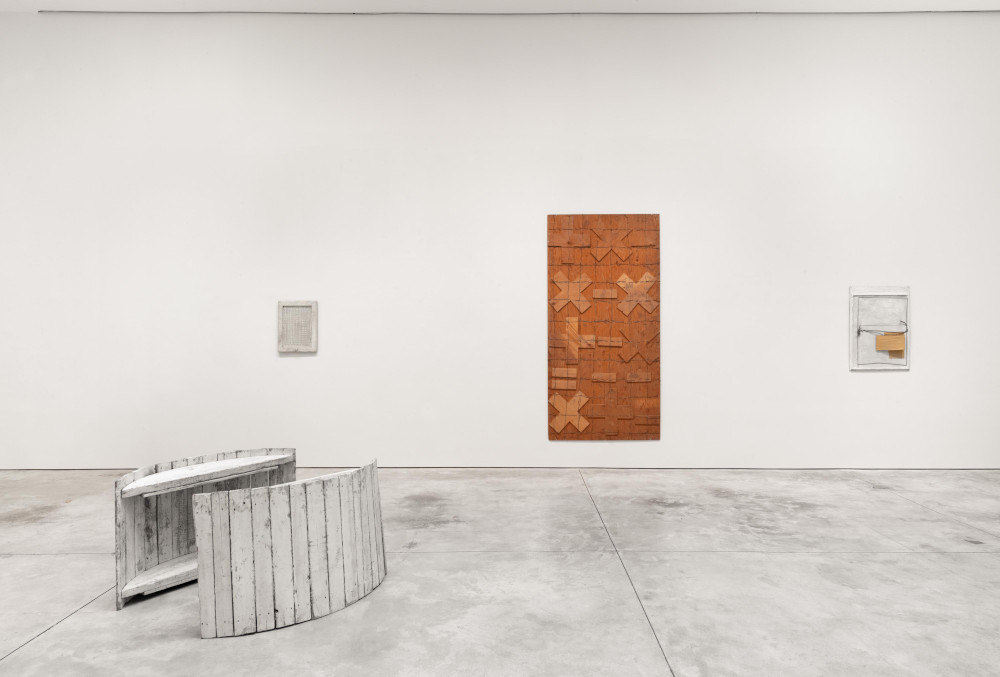 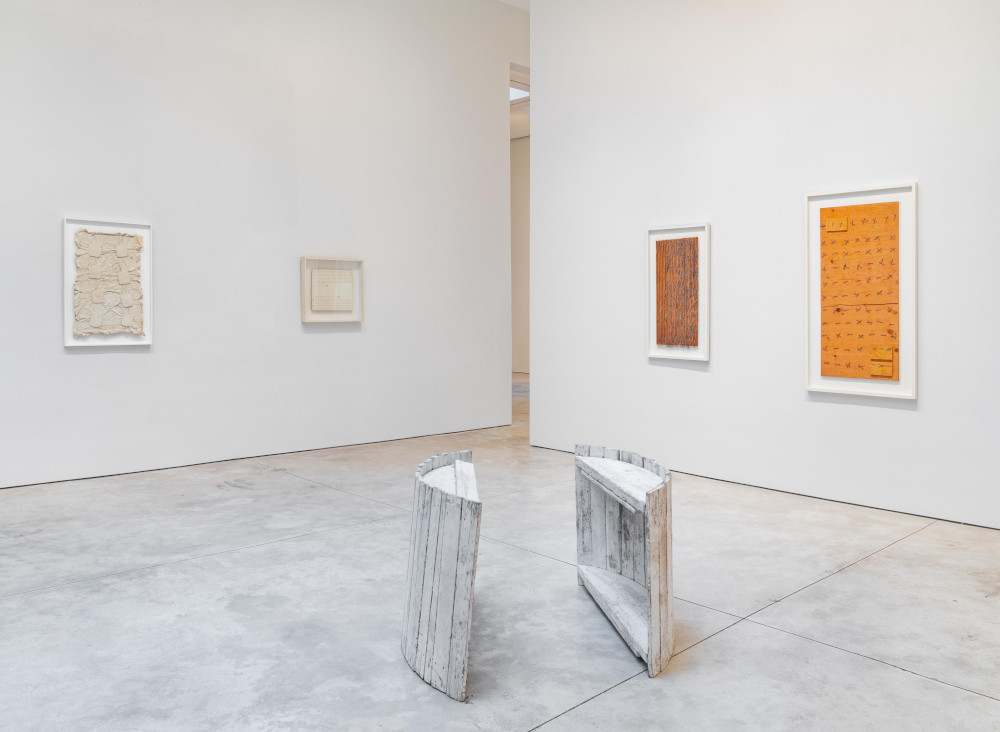 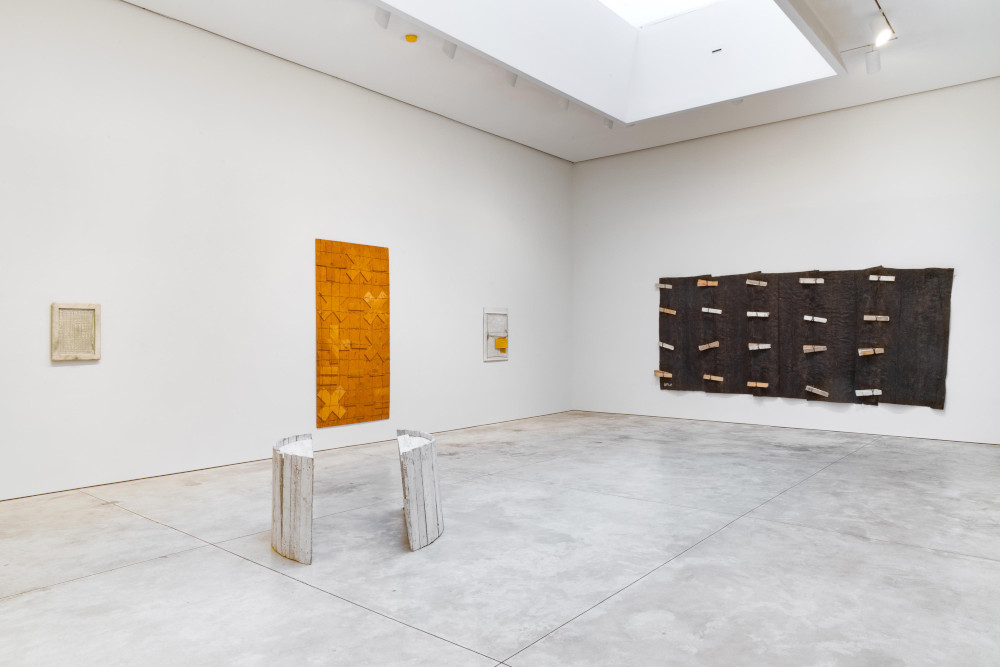 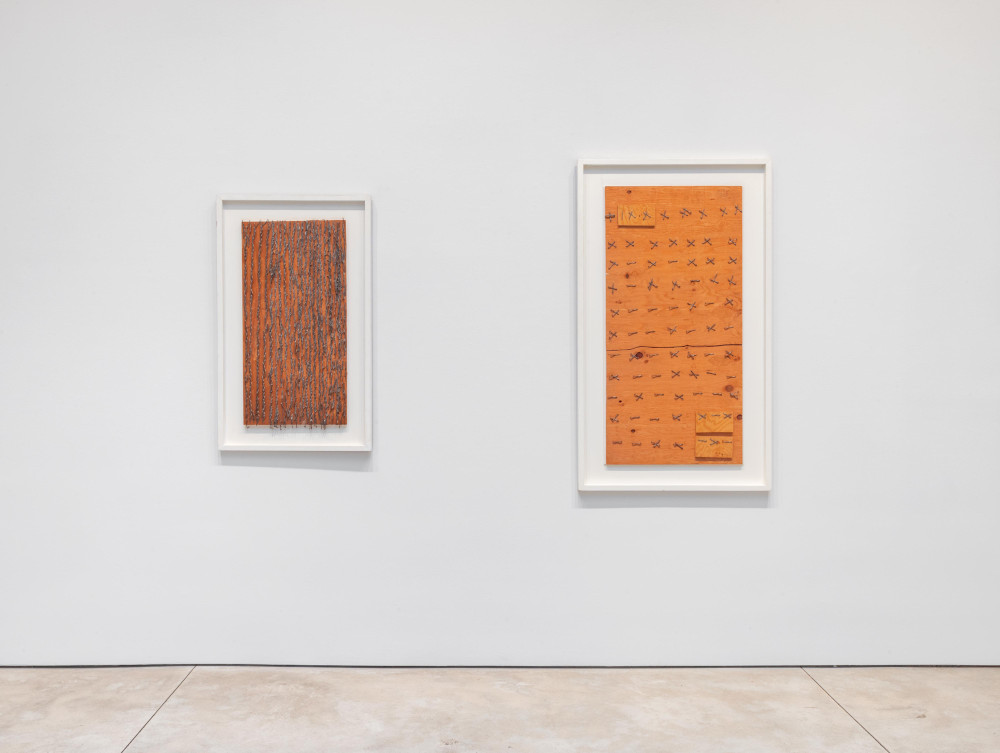 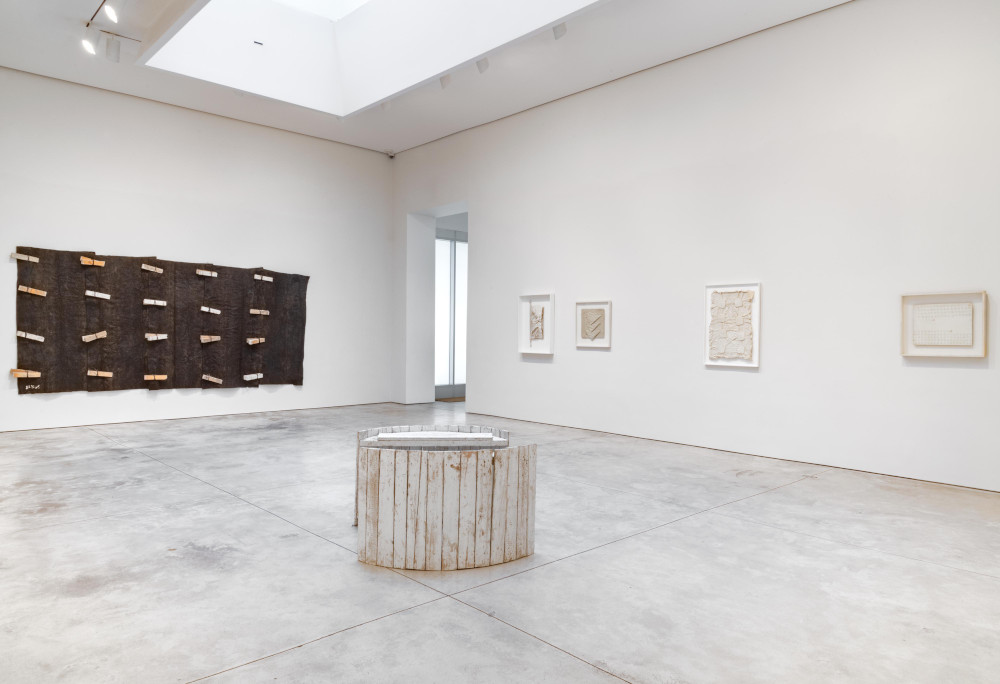 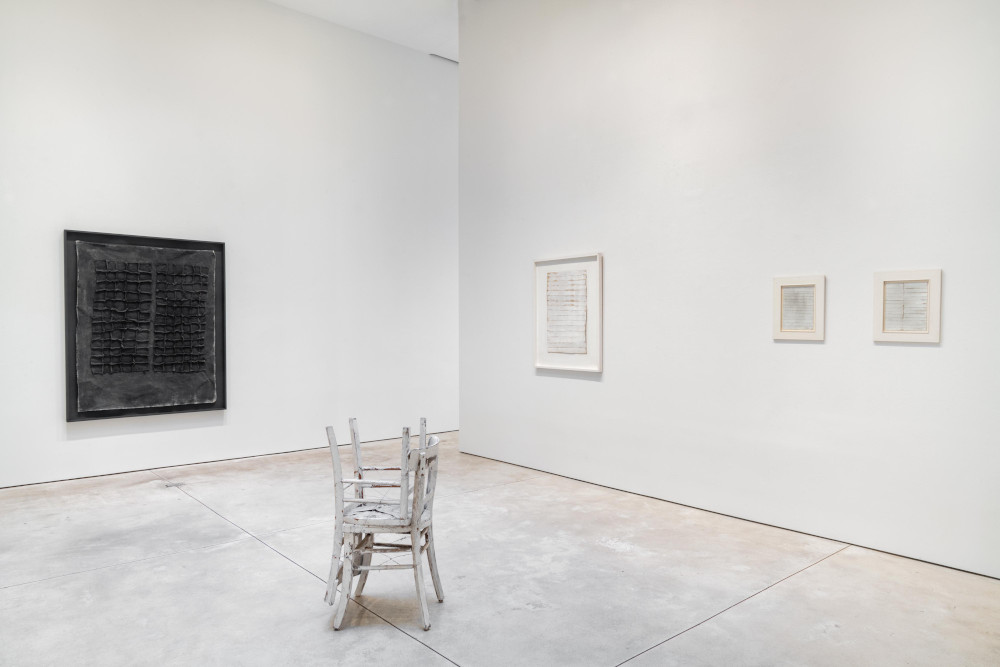 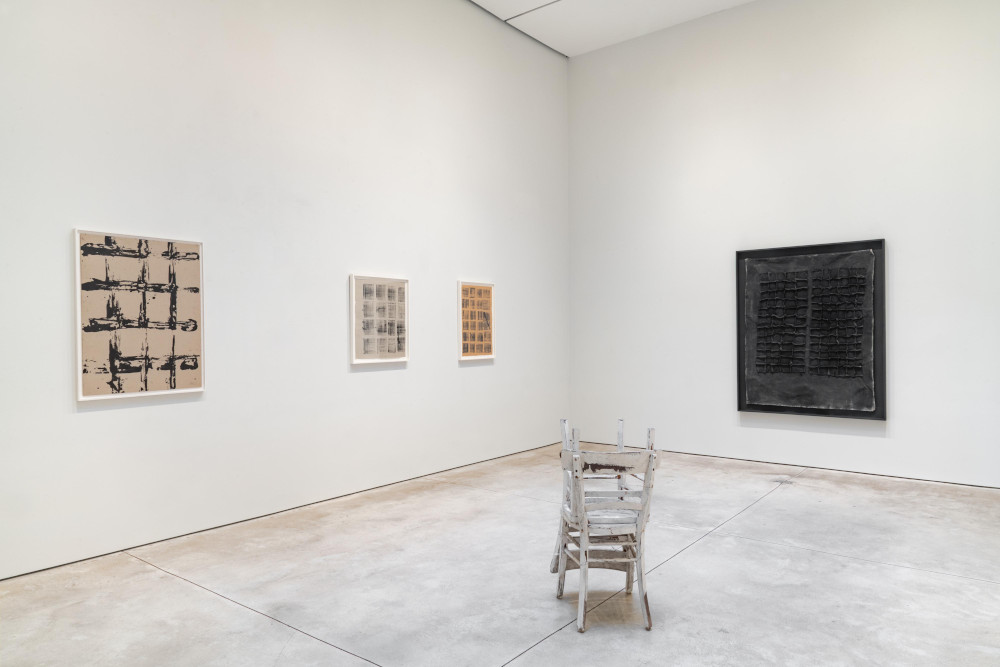 Herbert Zangs’ first “Whitenings” date from the 1950s, a time of new beginnings in the German art scene. During his studies at Kunstakademie Düsseldorf (under Otto Pankok) he had become friends with fellow students Joseph Beuys and the writer Günter Grass. His use of monochrome and the serial nature of his work both anticipate the Zero movement, which emphasized art about the material itself, not the artist’s hand.

Zangs began working with found materials and objects in the early 1950s, using corrugated cardboard, paper, wood and jute to create collages which often featured white paint applied onto their surfaces. The white paint, often semi-transparent washes of left-over colour or masonry paint, served to accentuate the underlying three-dimensionality of the surface material. Foldings, or Knottings (both 1953), demonstrate how he transformed two-dimensional materials such as corrugated cardboard or fabric into an almost sculptural surface through a simple manipulation of the materials, further emphasized by the white paint. Other examples include the “Grid” series, which offered a rigid, inflexible structural system that Zangs could fight against, as well as his black monochromes, such as Black Foldings (1975). Throughout his oeuvre, the titles remained as austere and strictly descriptive as his work.

Staples were also an important structural material for the artist. We can see this in Collages (1975), a work for which he stapled cut-out mathematical symbols onto a wooden ground. The incorporation of mathematical symbols “x”, “+”, “–“and “=”, first appeared in the early 1950s and remained a key aspect of his practice. The symbols function as a geometric and aesthetic repertoire of forms and appear throughout his oeuvre. The mathematical signs signify order and logic – a paradoxical element of his practice given the artist’s own nonconformist reputation and instincts.

Plus Minus is organised in collaboration with Emmy de Martelaere.