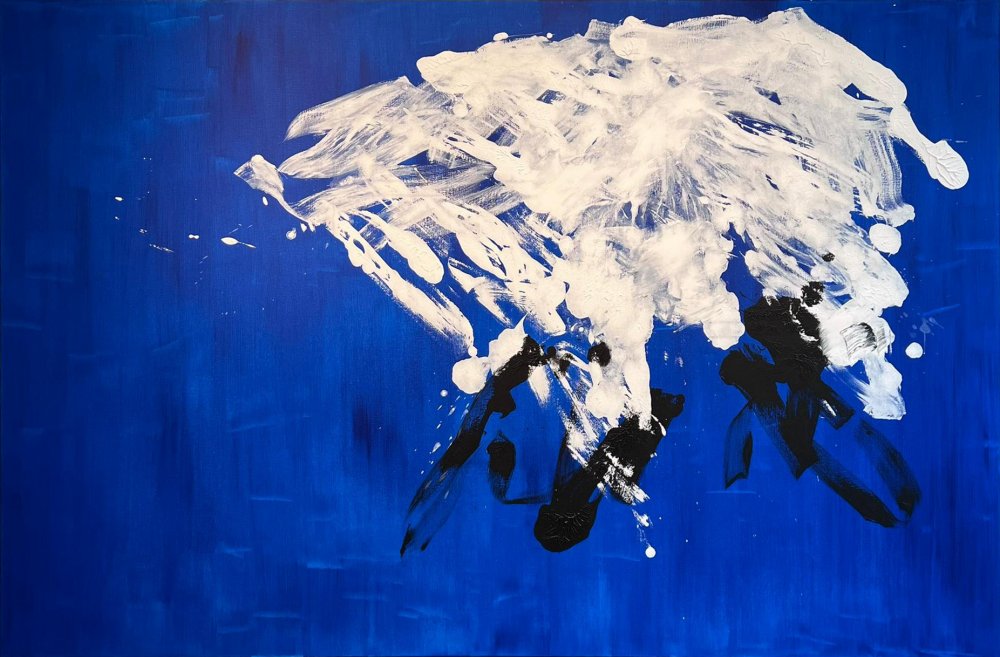 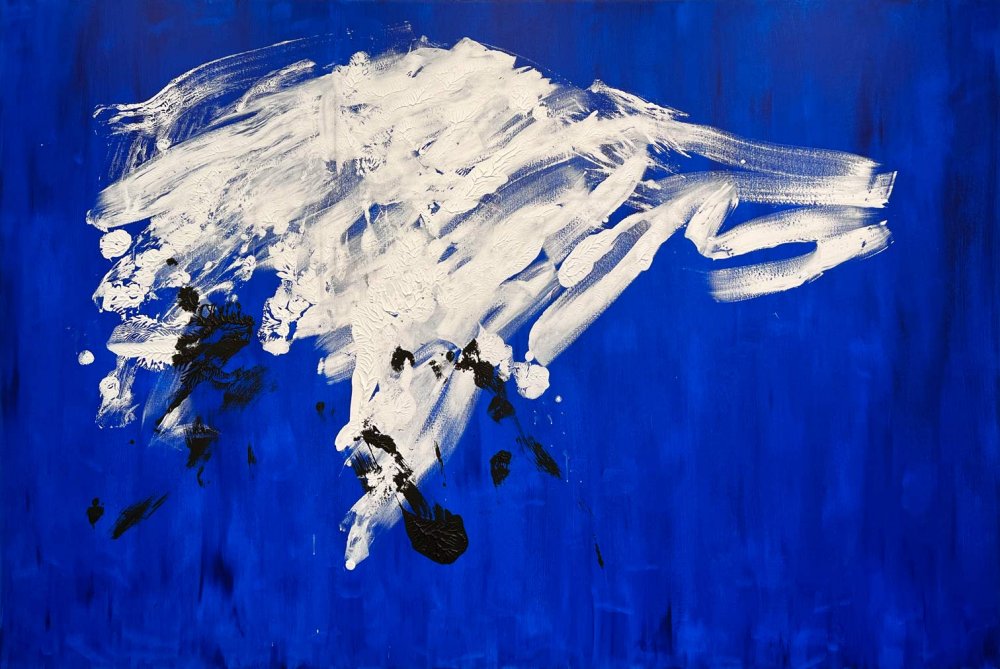 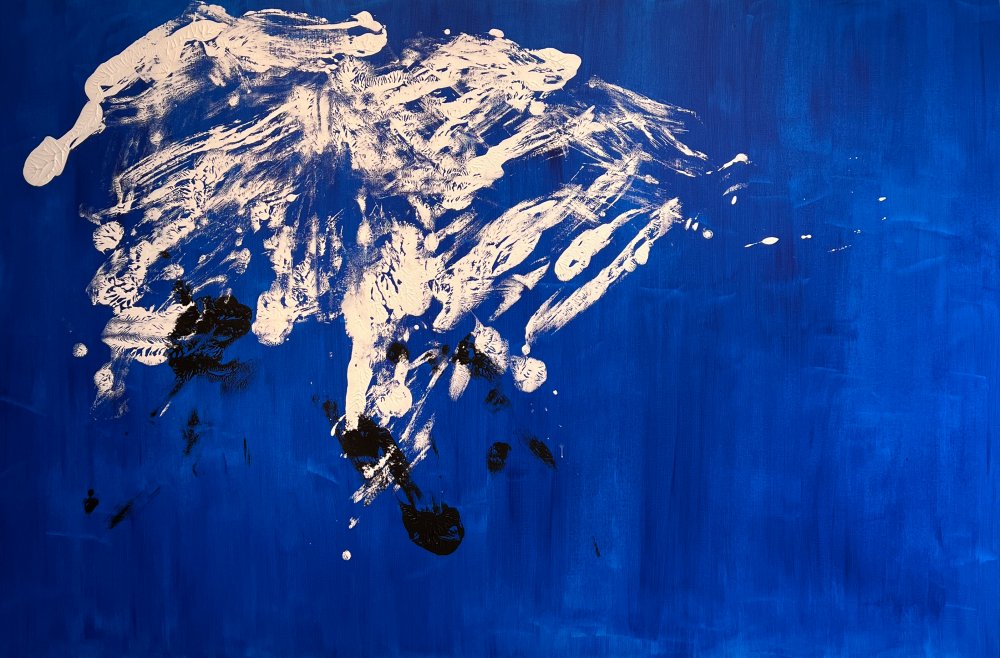 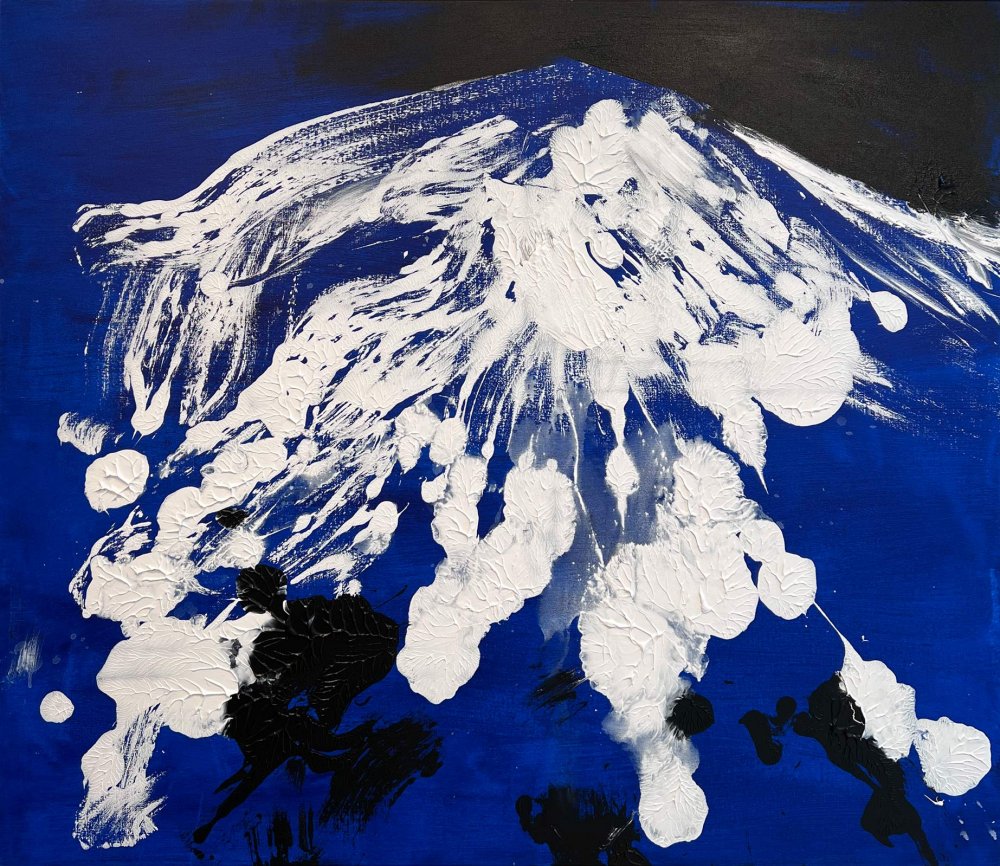 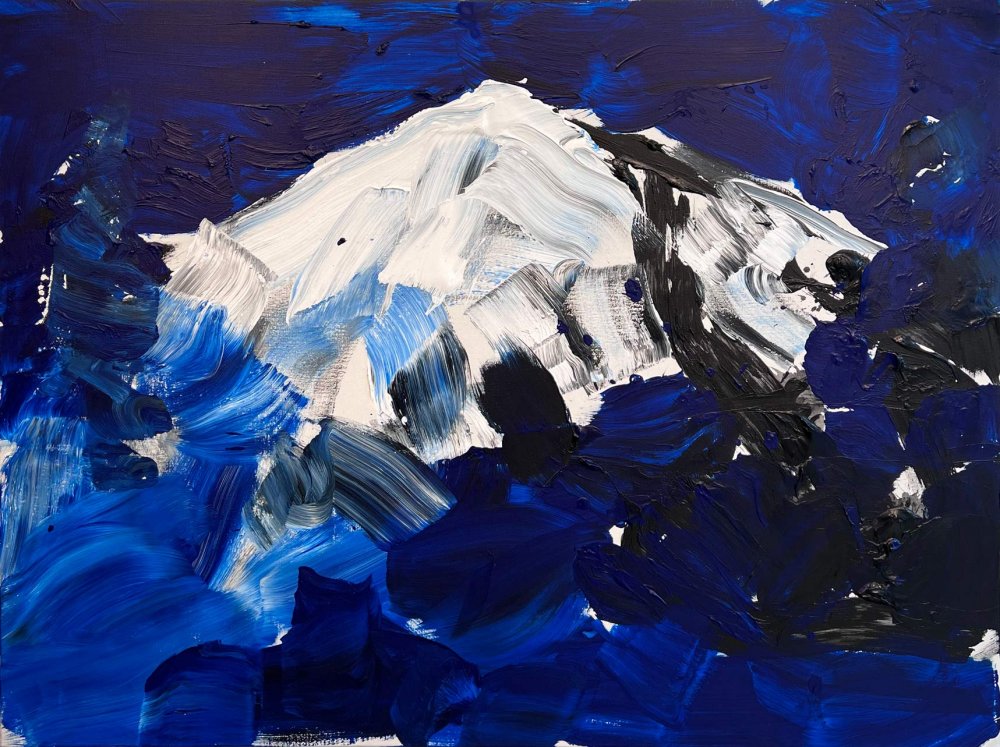 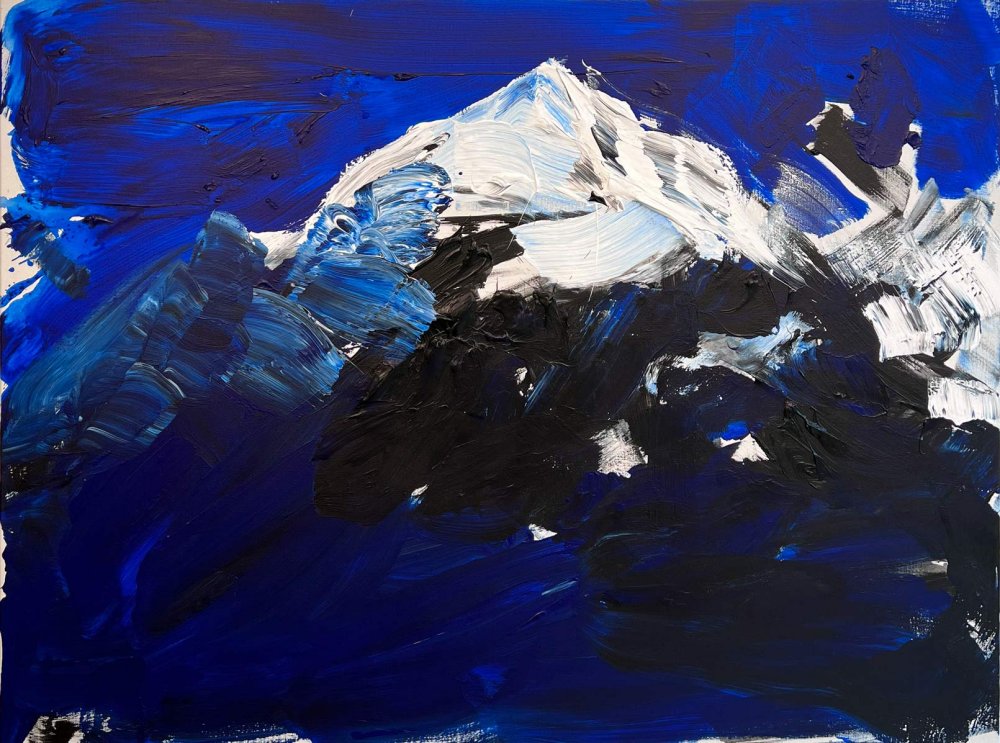 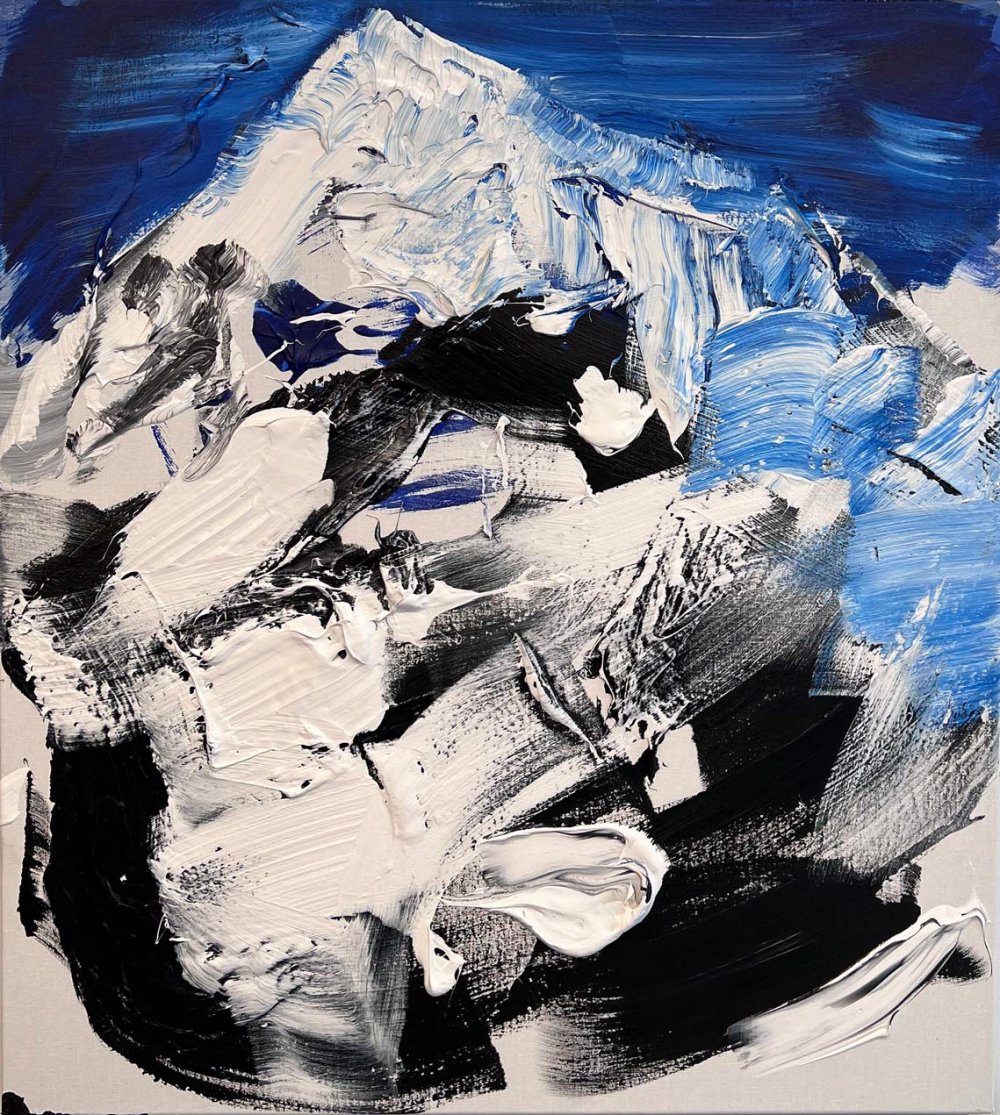 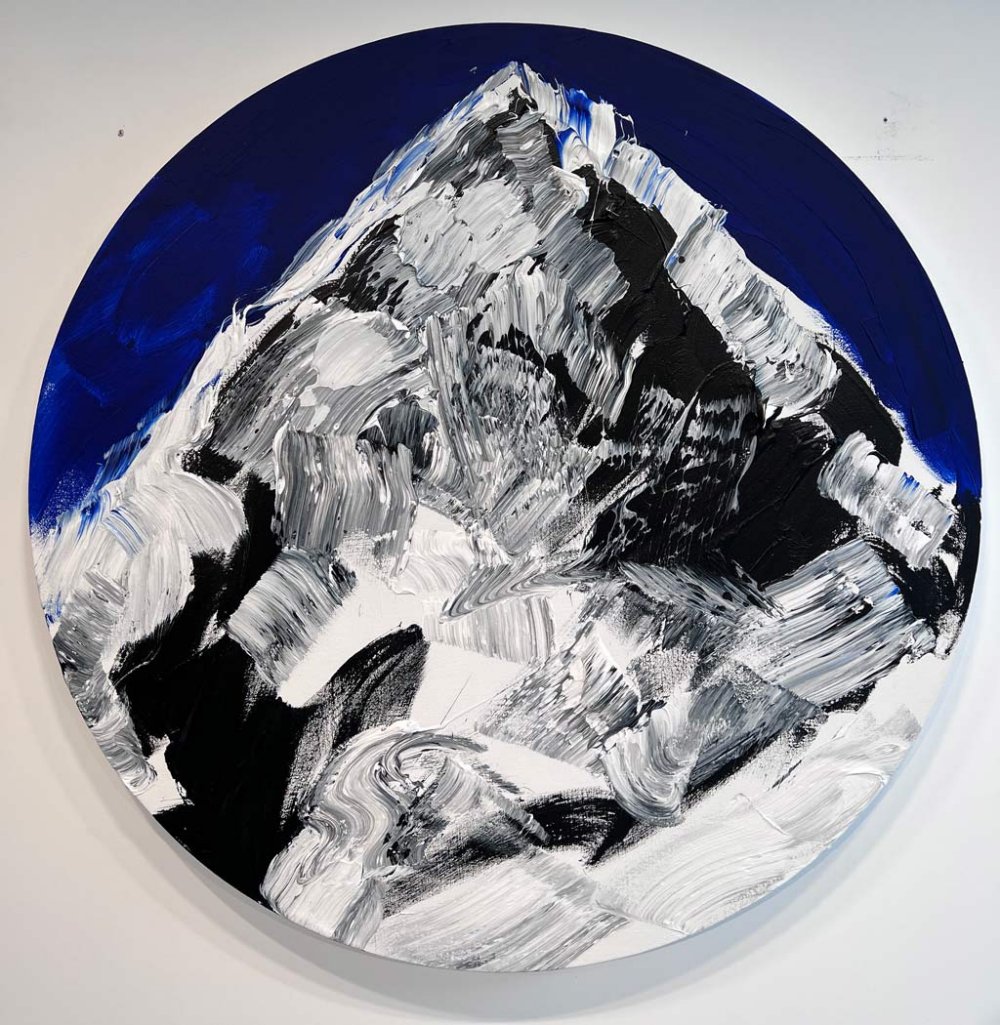 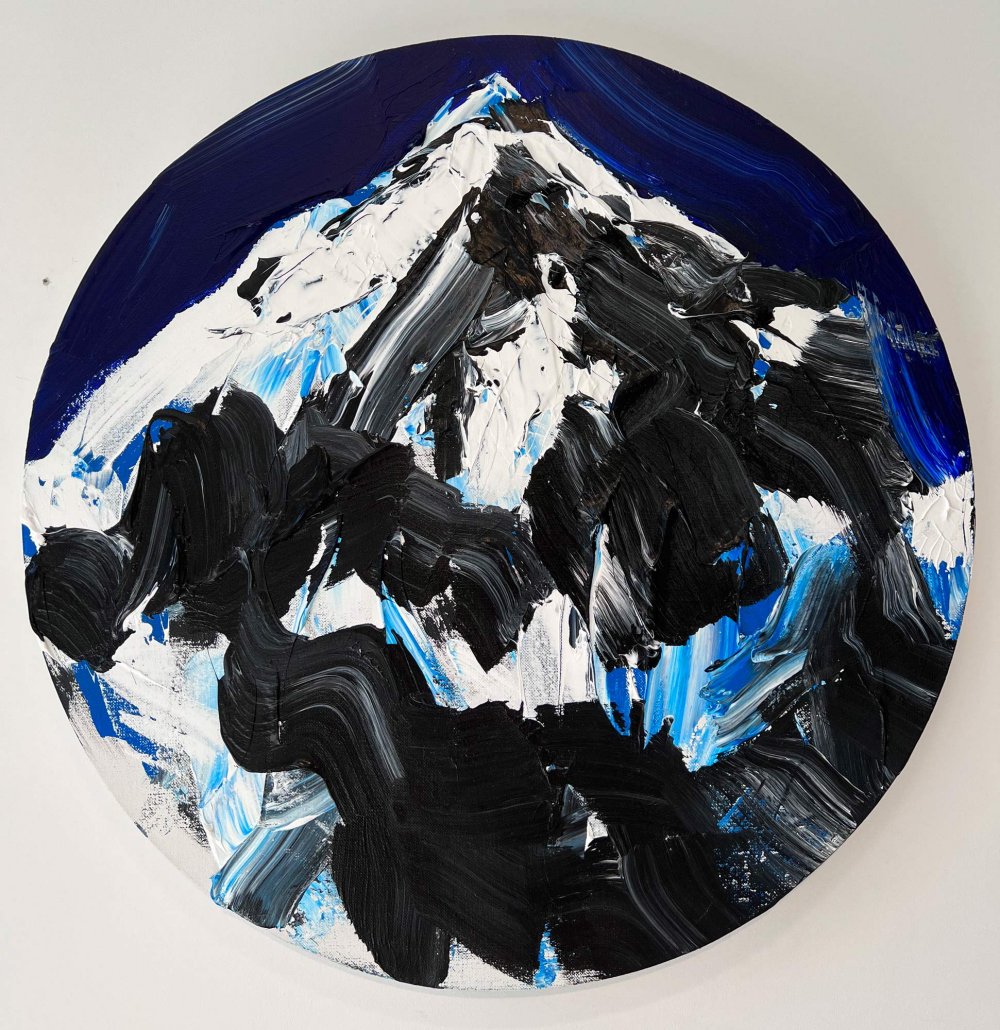 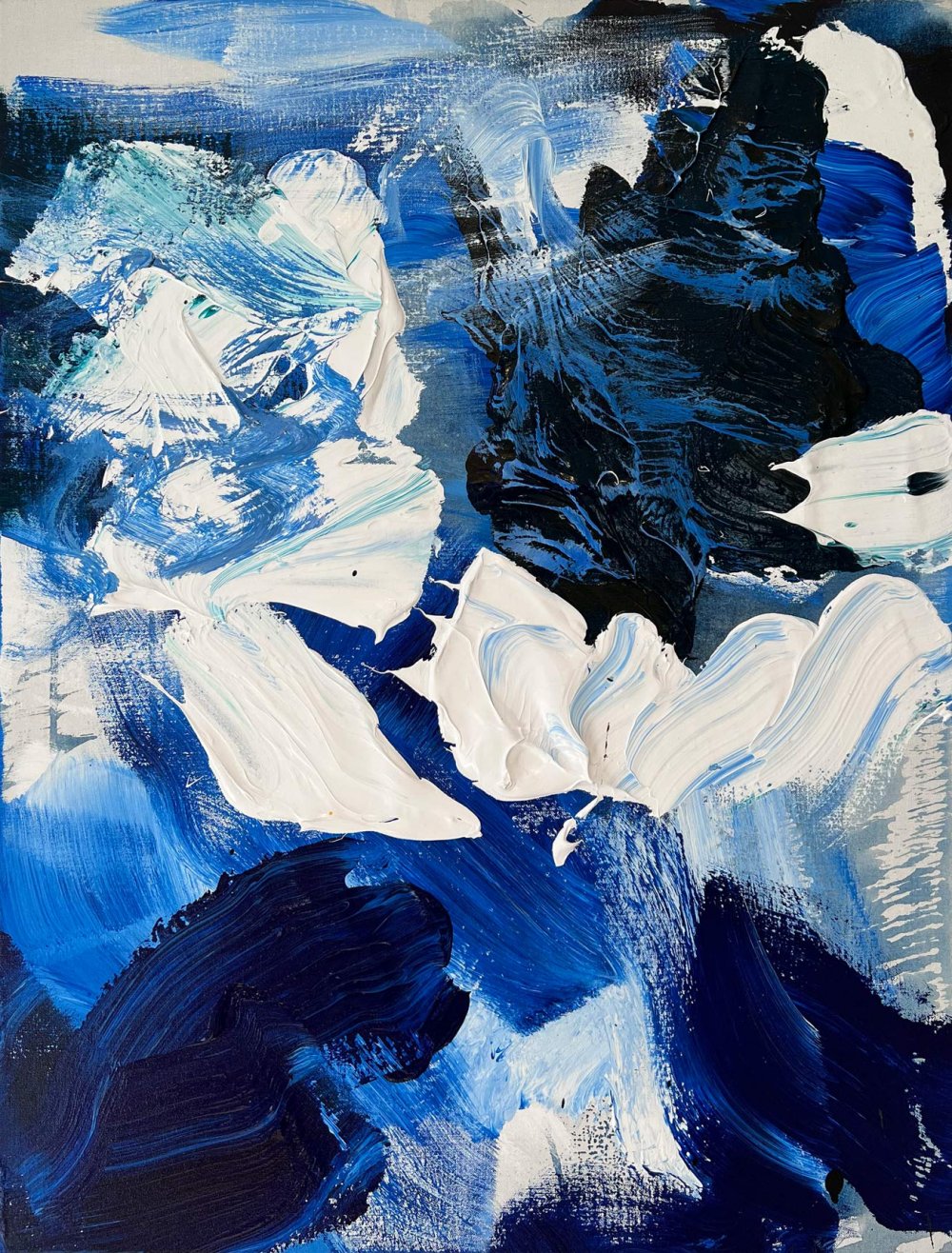 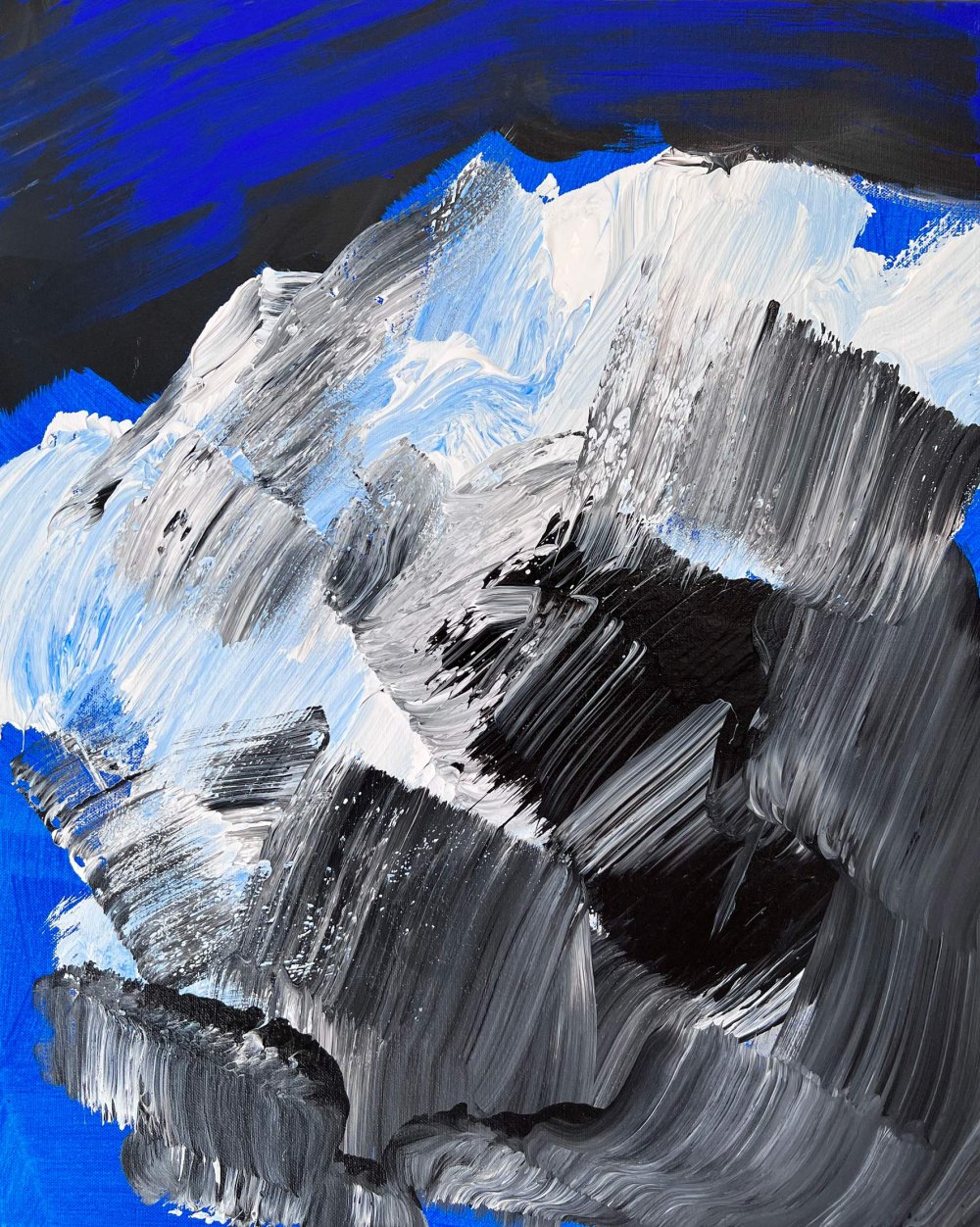 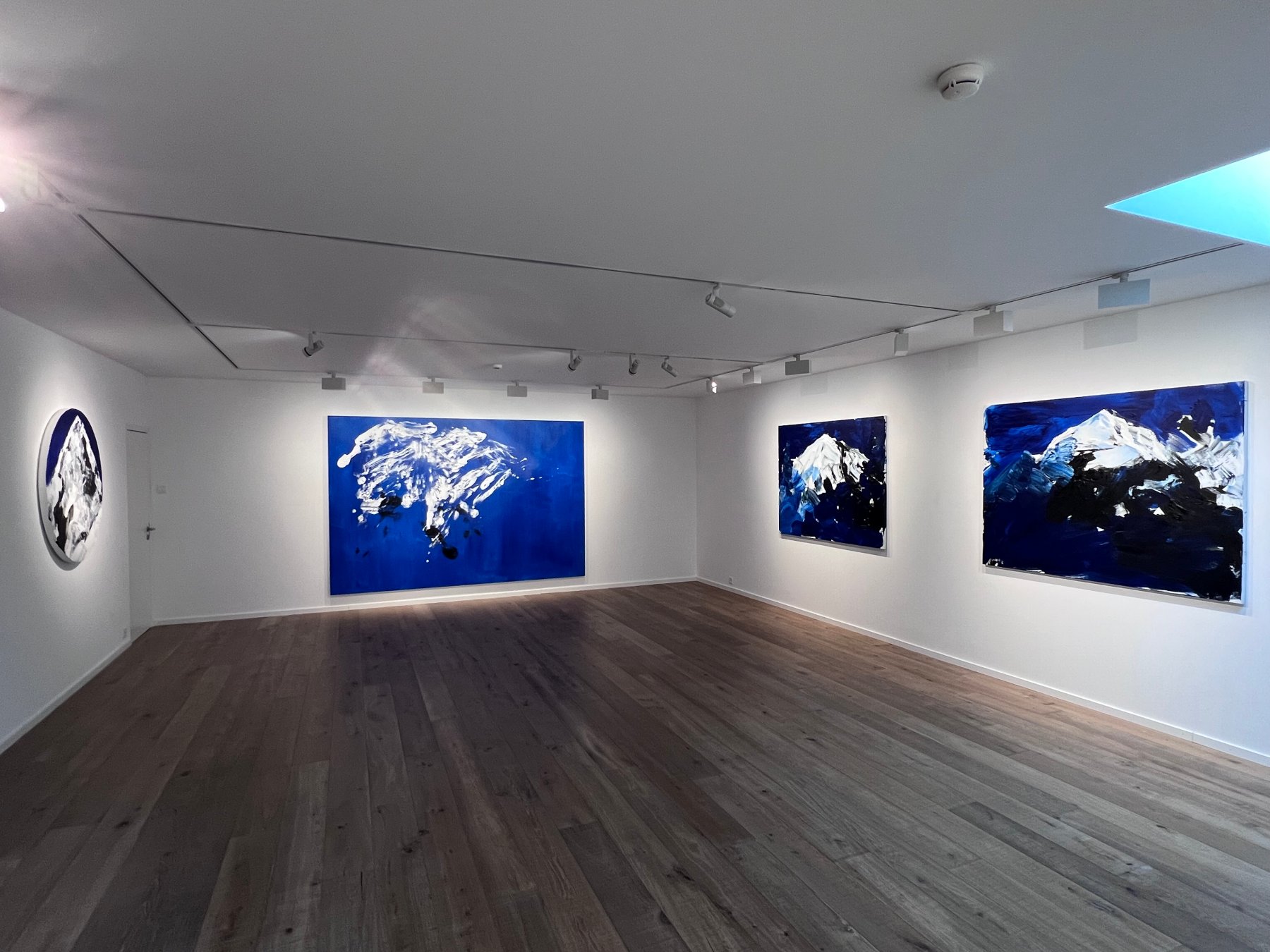 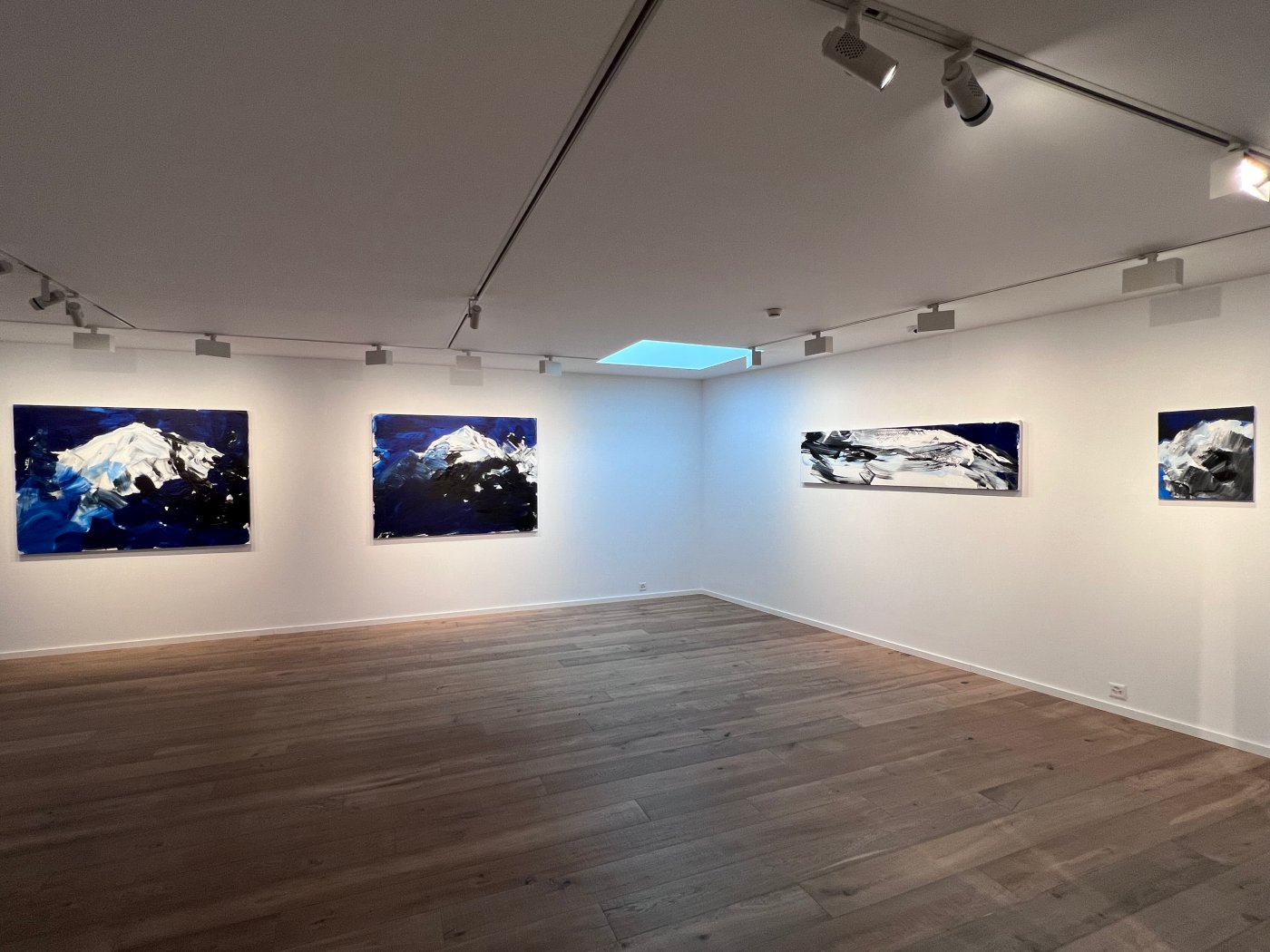 “Living in Gstaad, I’ve tended to resist mountain themes, but Herbert Brandl is really the master of this motif,” says Patricia Low. Seeing the suite of works in the artist’s studio earlier this year, Low was captivated by their vibrancy and power. Large in scale, and executed in acrylic on canvas, the works give expression to the sublime, both in terms of their vivid colours and monumentality. Associated most often with the Neue Wilde movement, Brandl‘s treatment of landscape is profoundly expressive, and his fascination with the impenetrable Mount Everest, for example, is rendered in energetic daubs of black and white paint against a backdrop of resonant midnight blue. Some of the works show the mountain’s jagged peak, others are more suggestive — snapshots of an abstracted topography. With this years-long study, Brandl‘s paintings attempt to capture, in bursts of dramatic brushwork, the ever-changing face and textures of this infamous force of nature.

Herbert Brandl (b.1959, Graz) lives and works in Vienna. He studied at the University of the Applied Arts in Vienna under influential practitioners Herbert Tasquil and Peter Weibel. Associated with the Neue Wilde in his early career, Brandl has shown his work in numerous solo and group exhibitions since, including the Biennale de Paris in 1985 and documenta IX in 1992, and notably represented Austria at the 2007 Venice Biennale. In 2020, Belvedere 21 in Vienna staged a retrospective of Brandl‘s work covering the last 20 years.

Courtesy of the artist and Patricia Low Contemporary, Gstaad