This September, Hauser & Wirth presents rarely seen tapestries by Henry Moore. A series of five large-scale tapestries will be shown, courtesy of the Henry Moore Family Collection, for the first time in Asia. 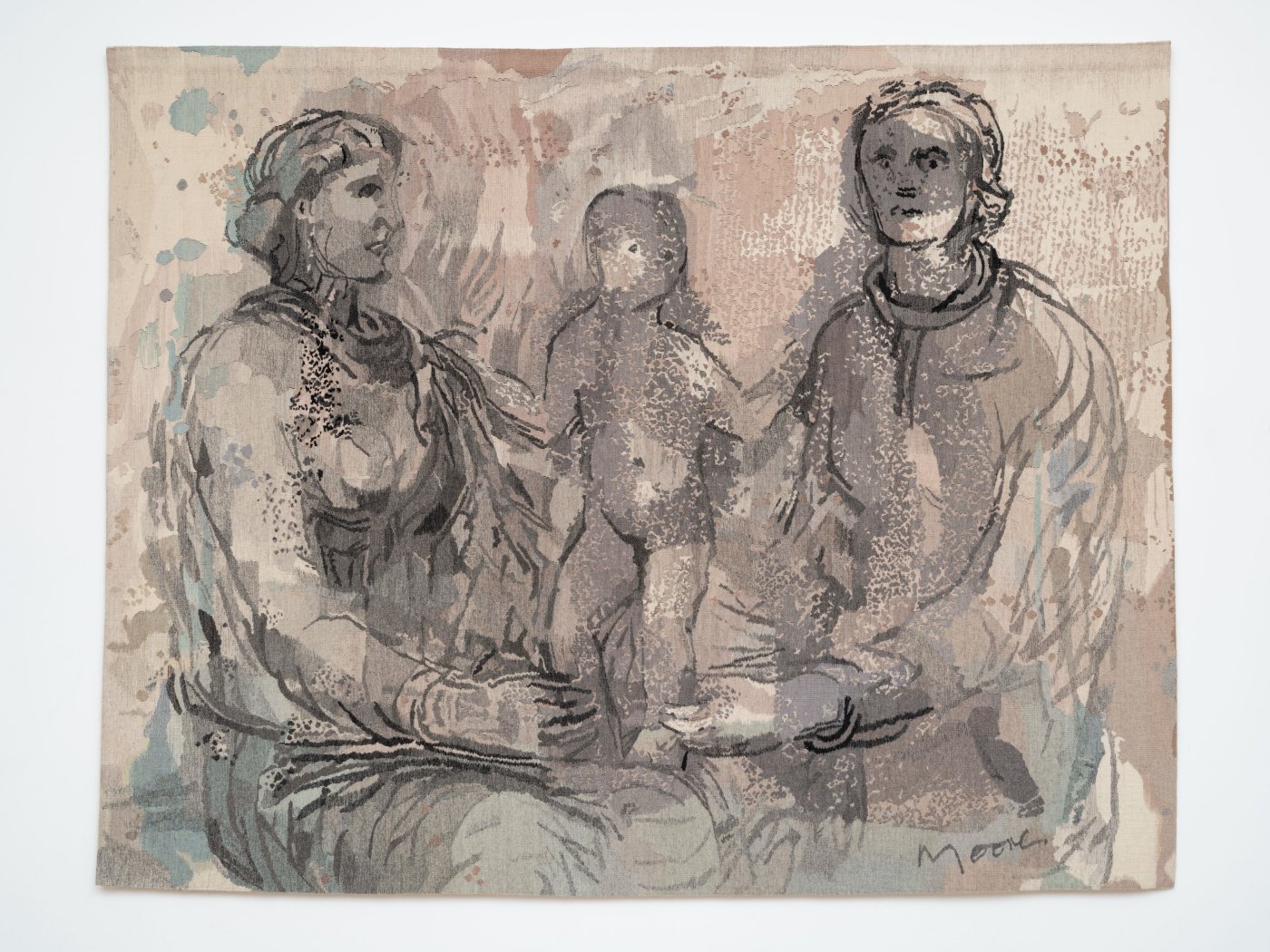 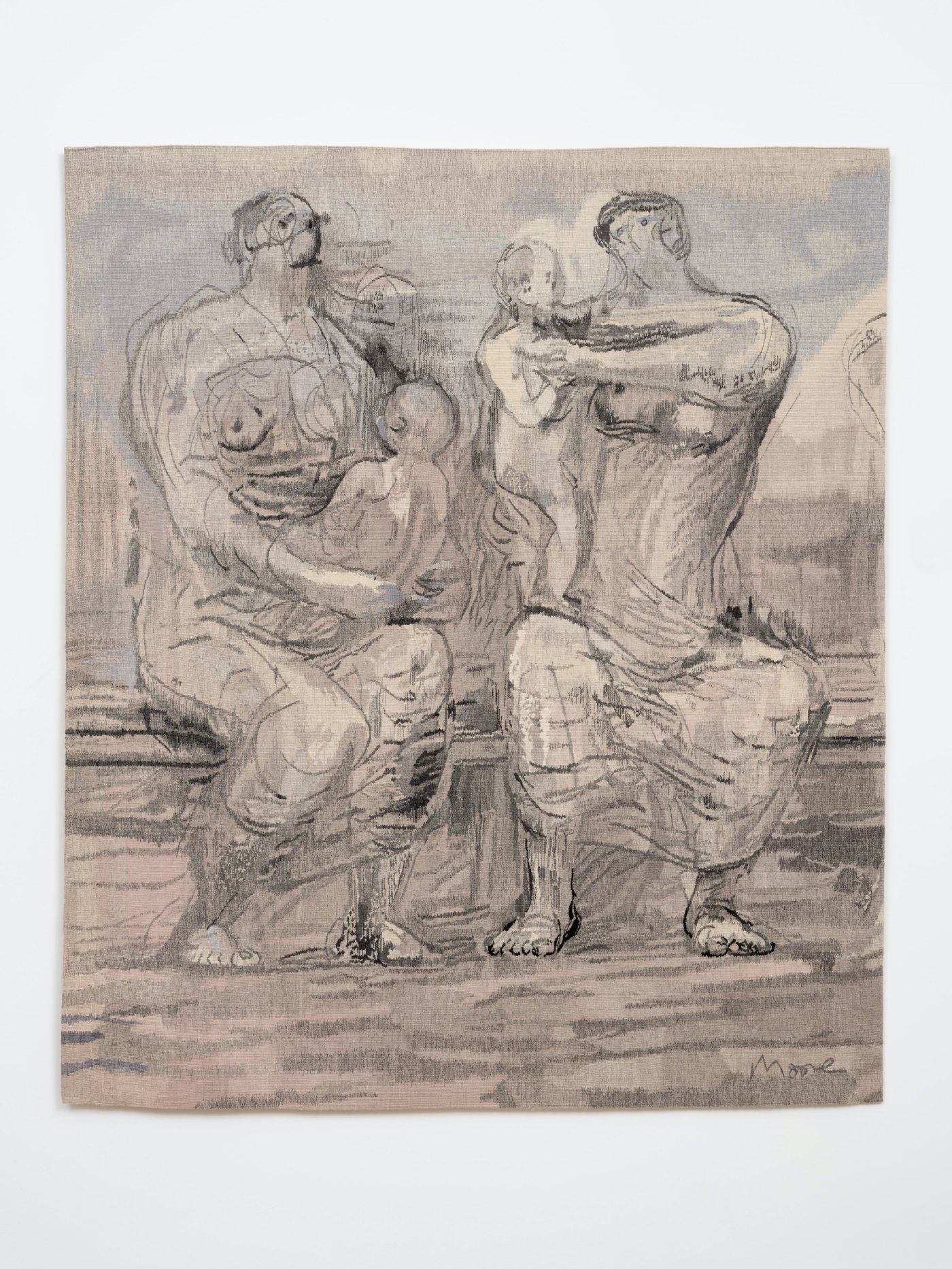 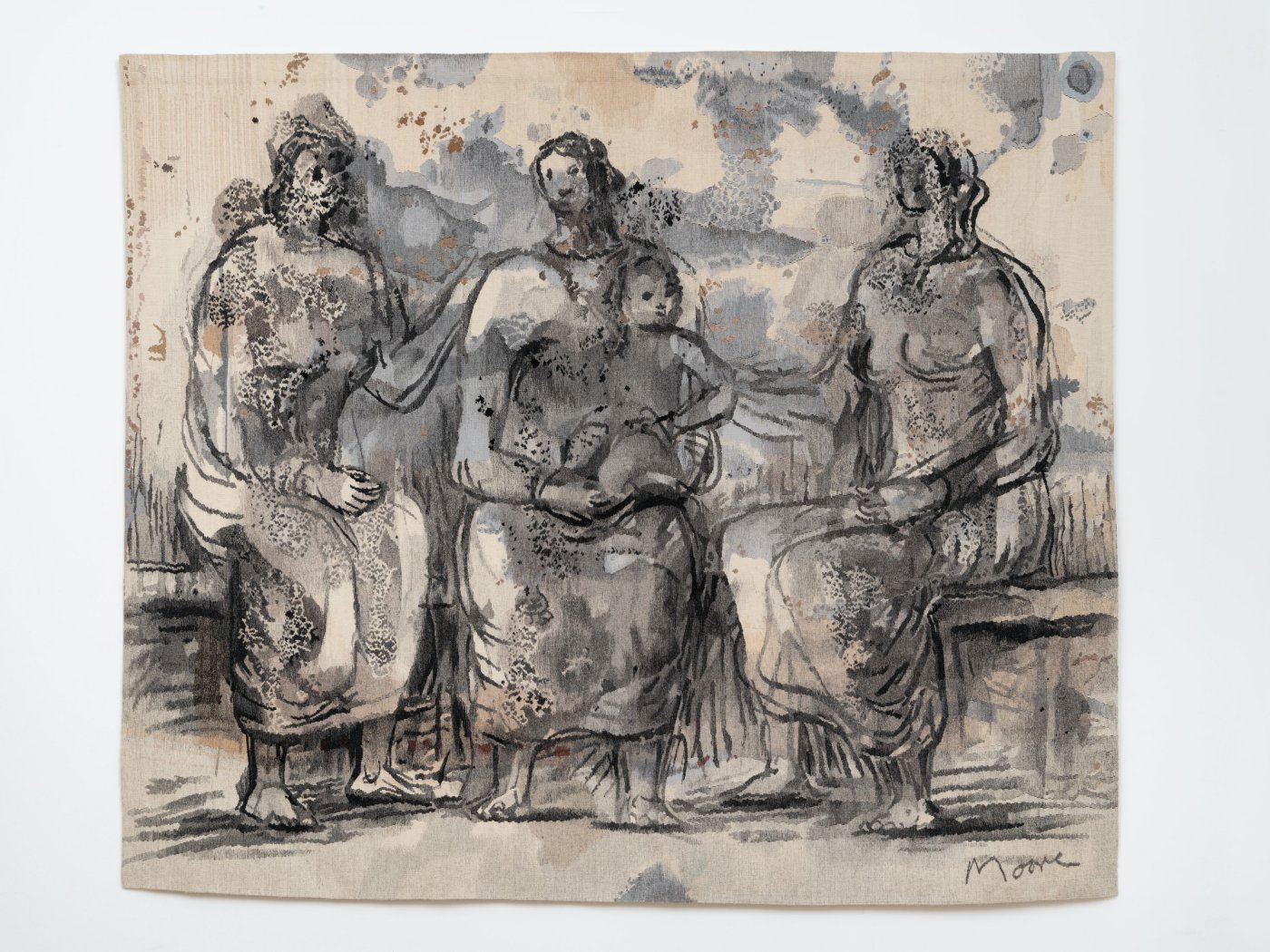 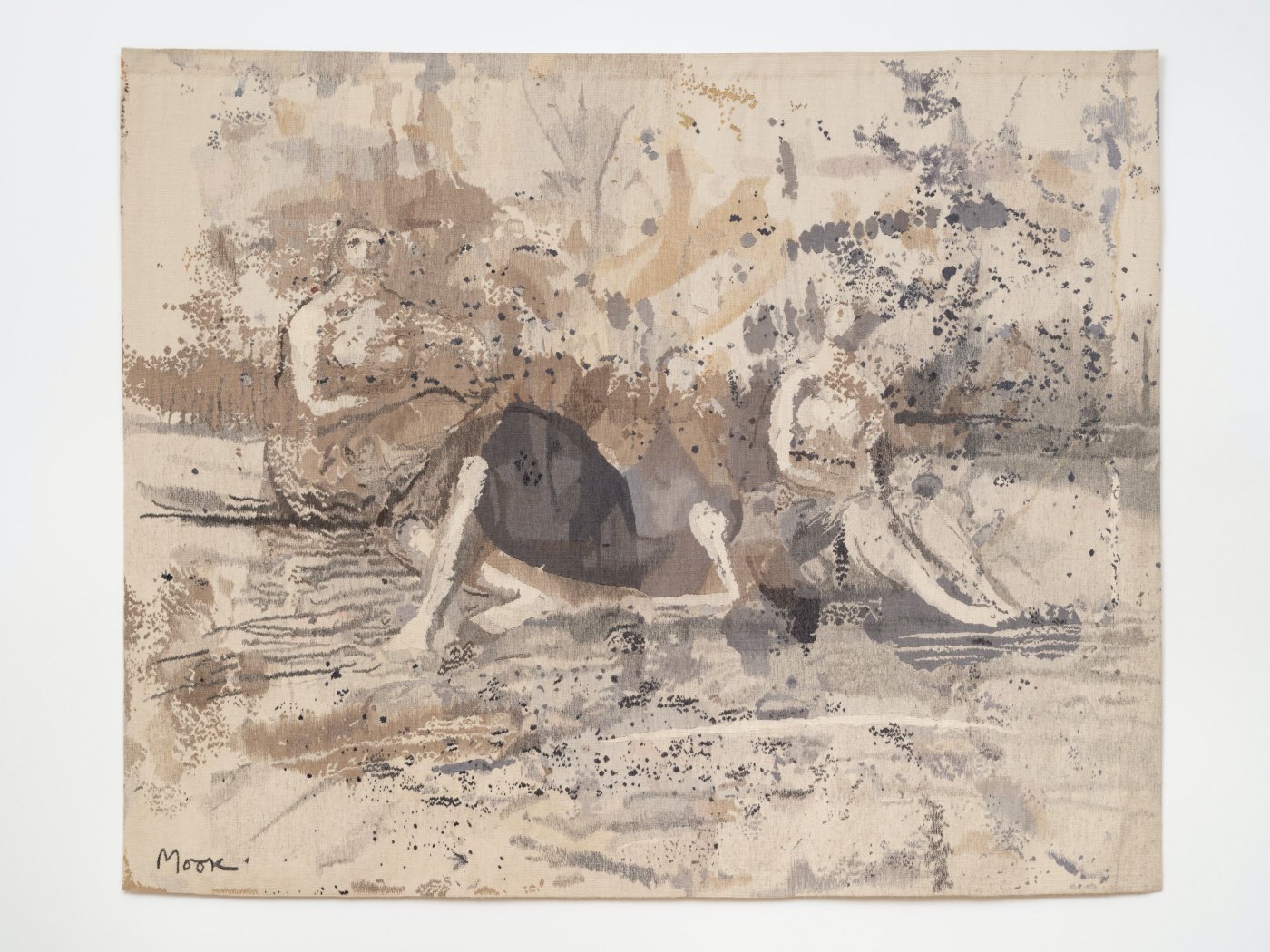 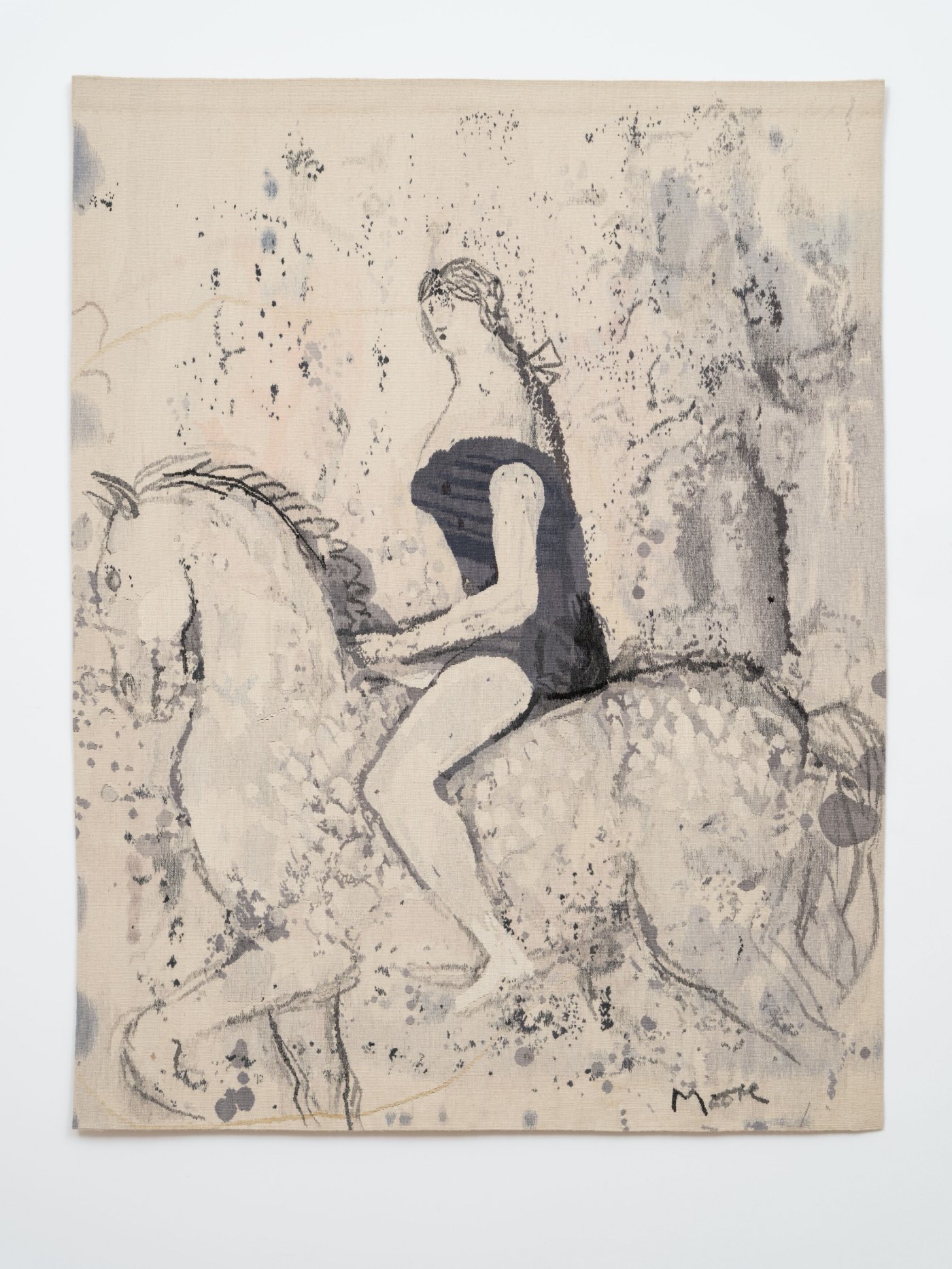 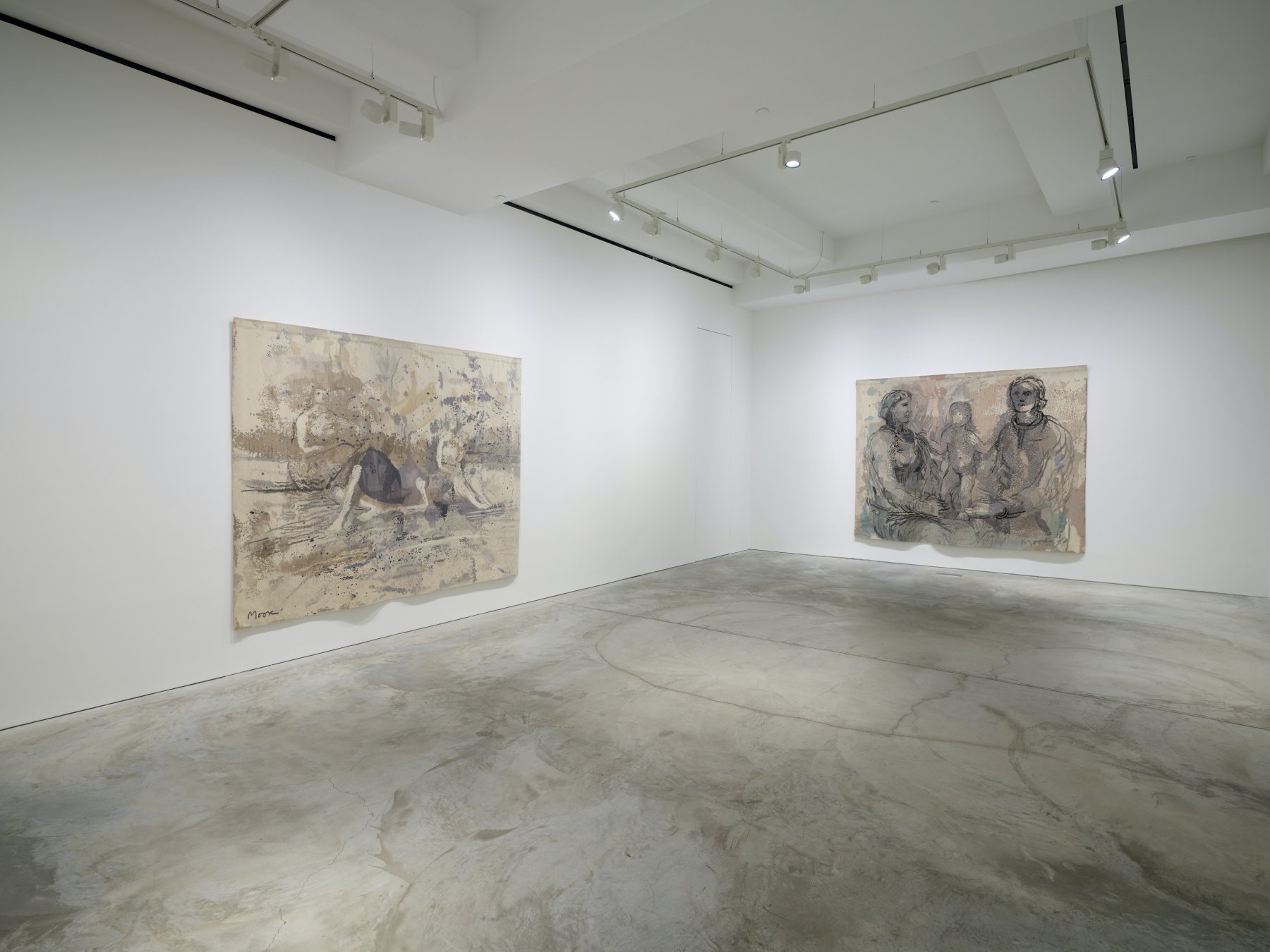 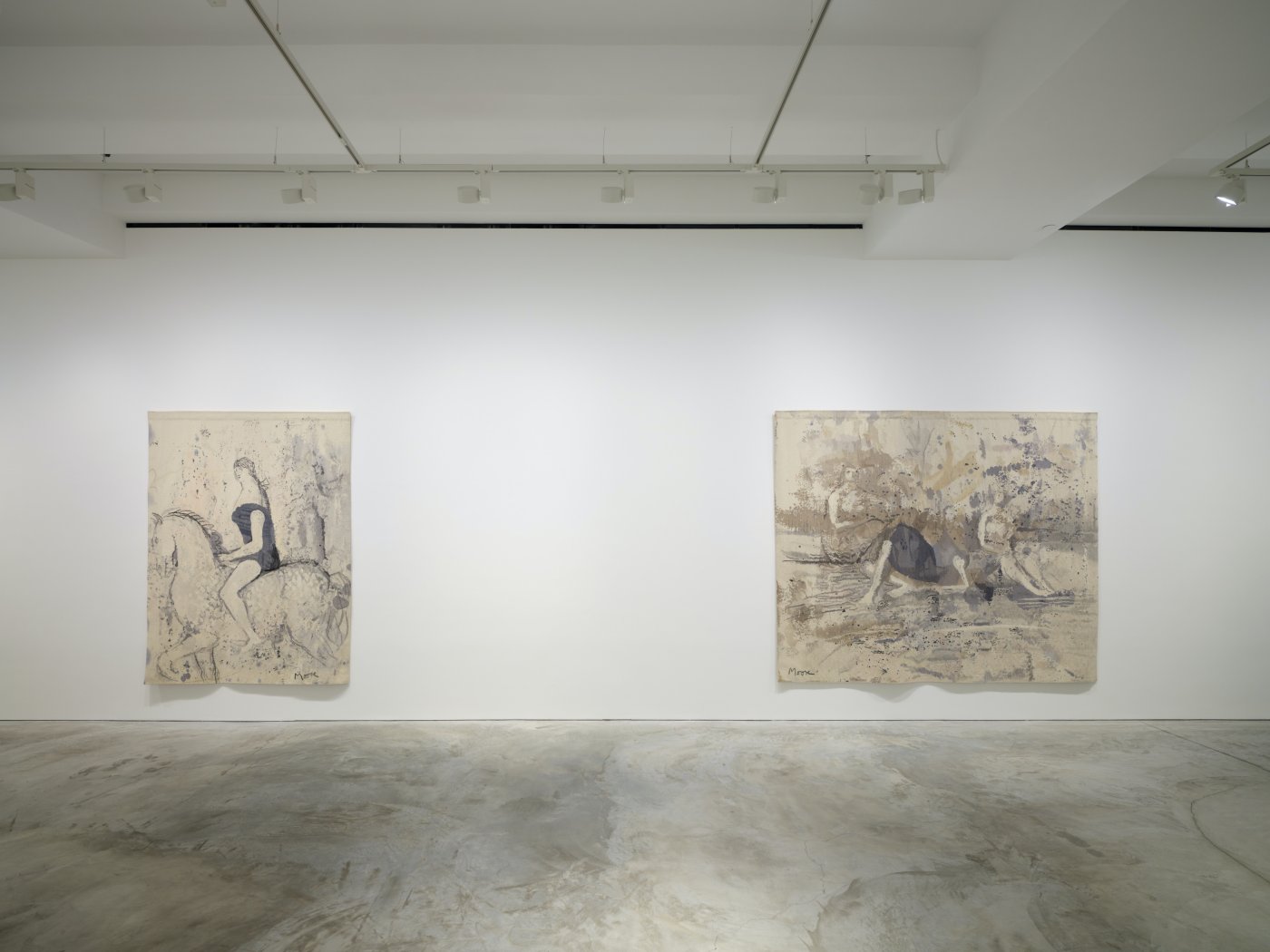 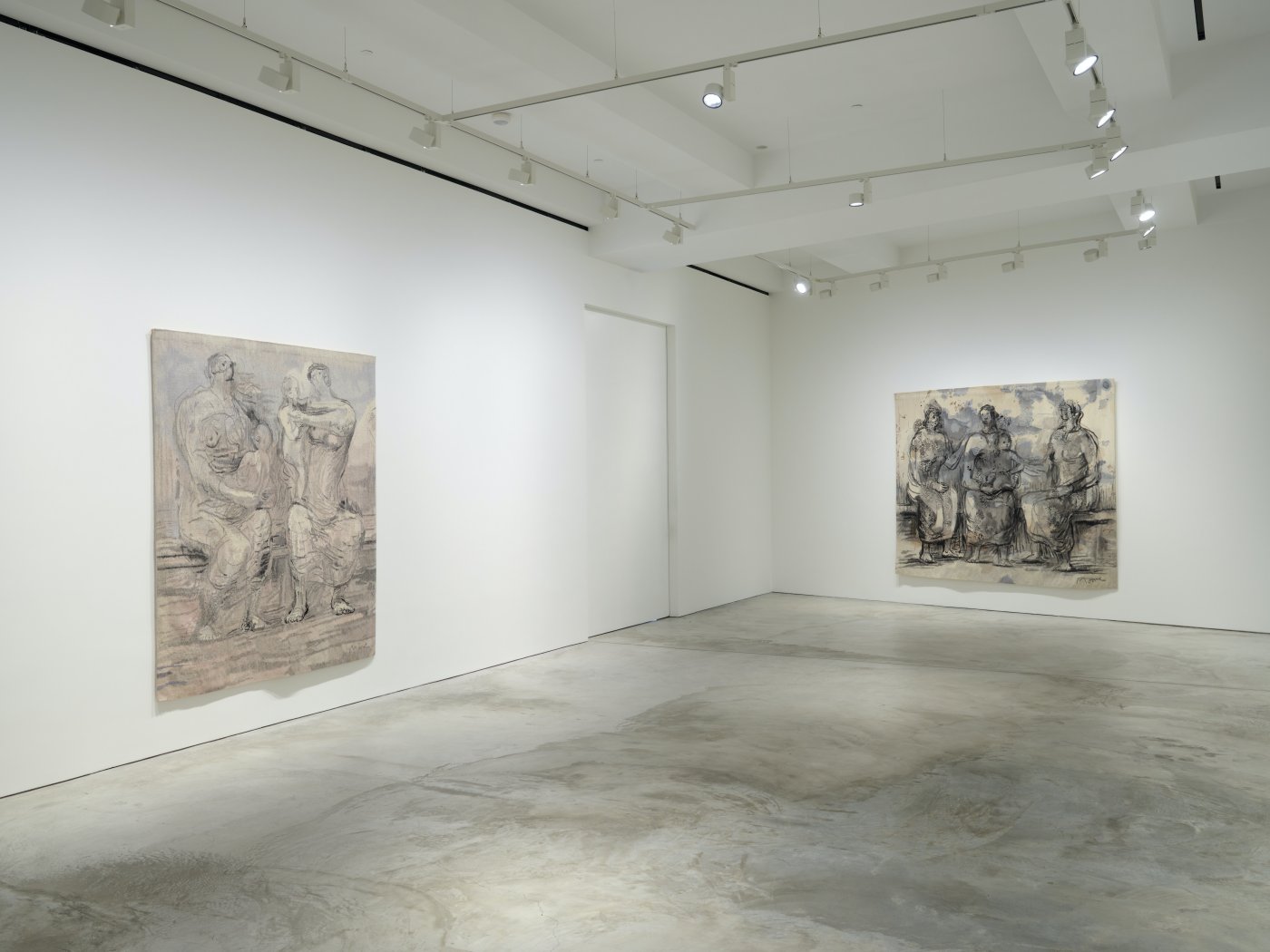 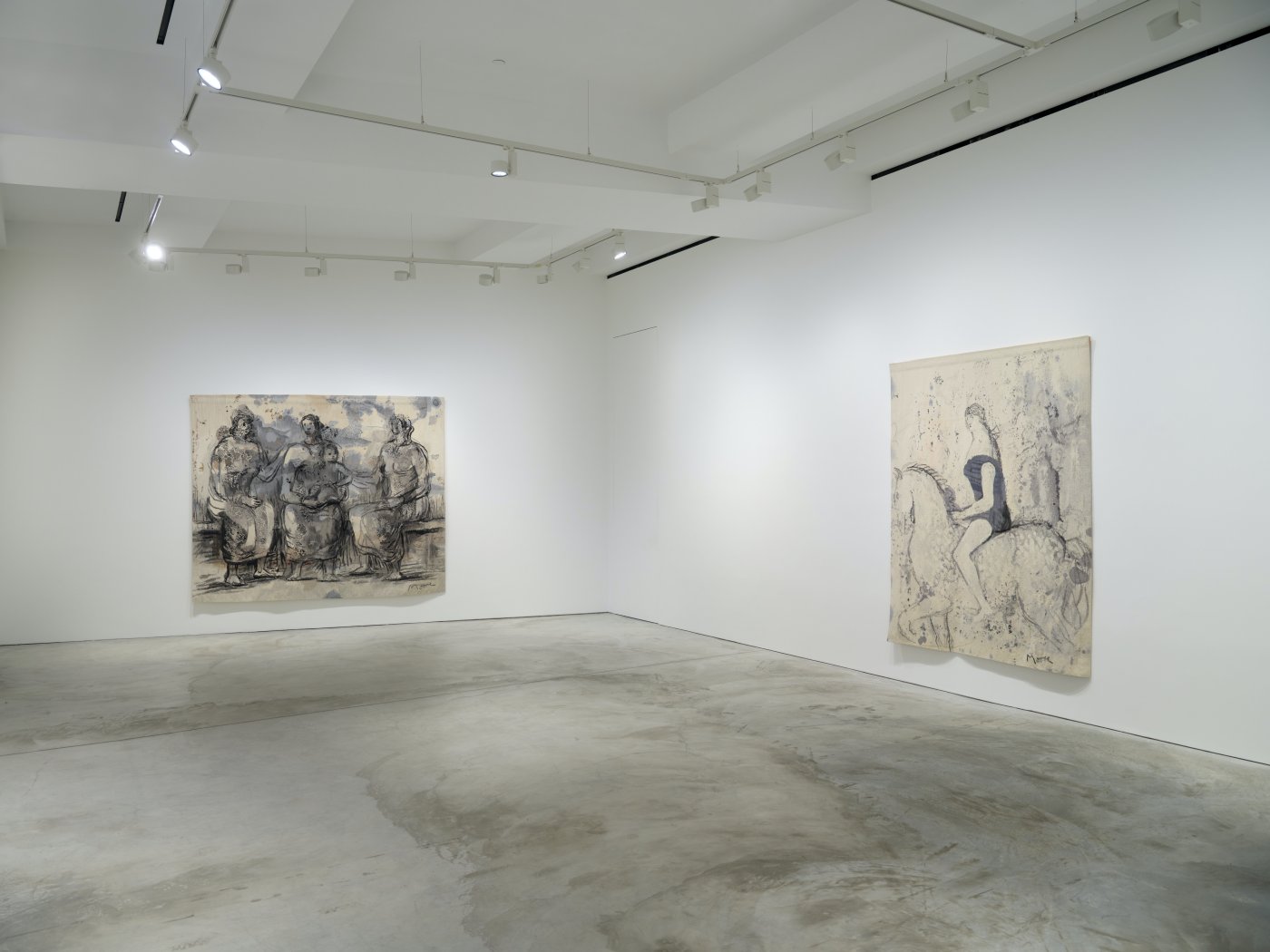 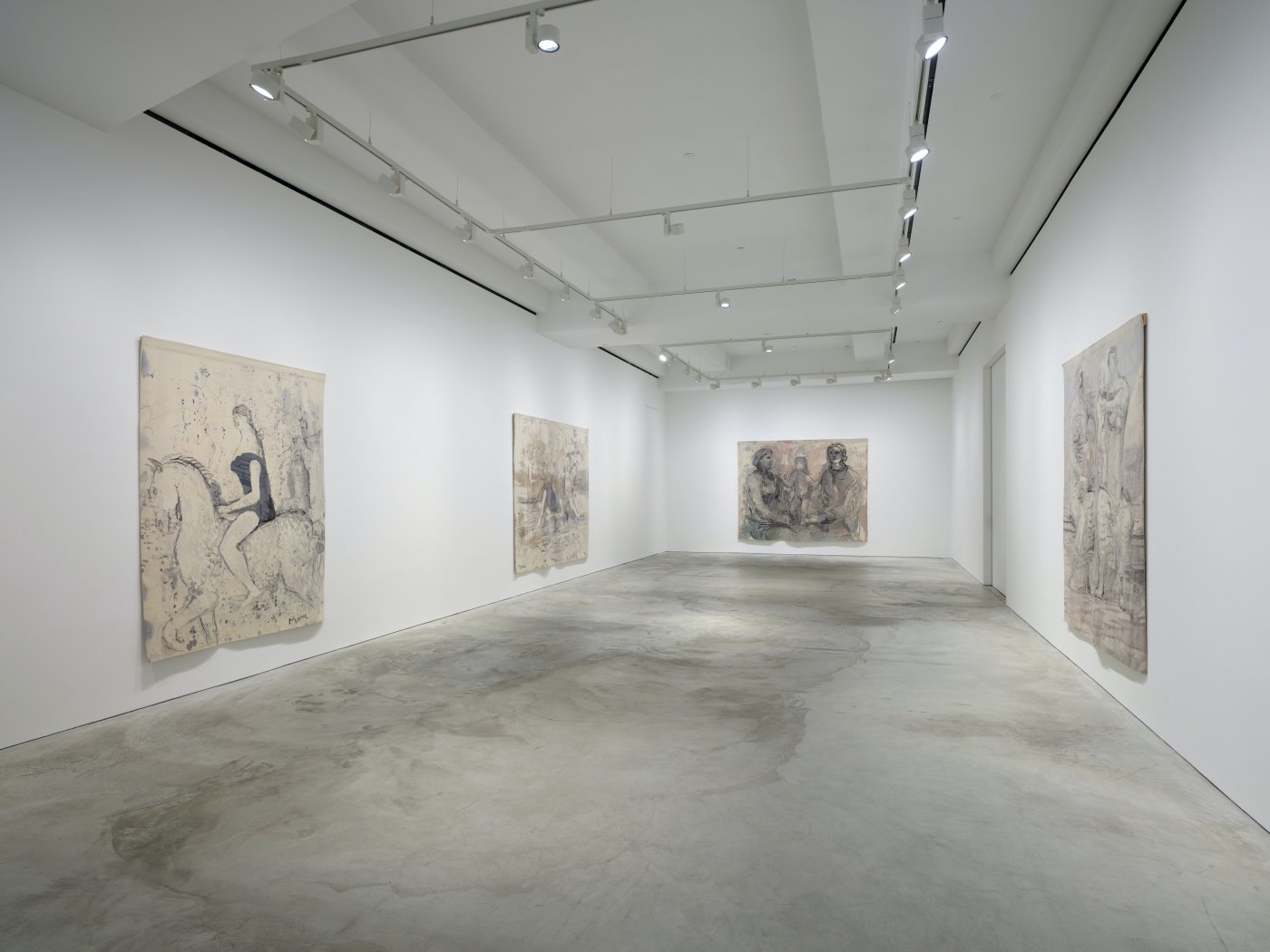 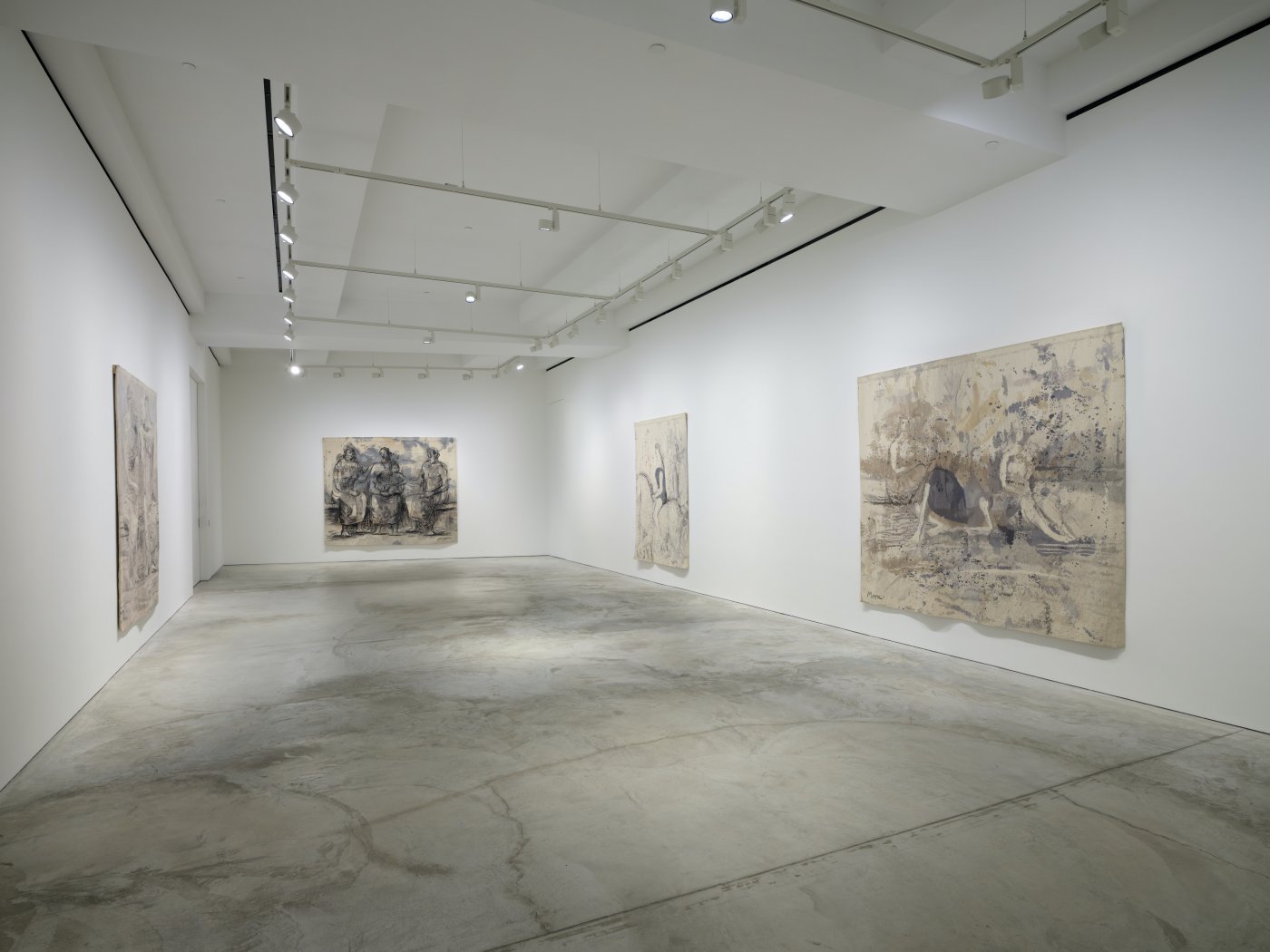 Renowned for his sculptures and drawings, Henry Moore was one of the few modern artists to extend his work into the realm of tapestry. The brilliance of the drawings is confirmed in their transition into large tapestries, seven or eight times the size of the original. These lost nothing of their power in the process, retaining all the textural qualities of the drawing, from a smudgy chalk line to a decisive pen stroke.

The presentation has been made possible due to the artist’s daughter, Mary Moore, who introduced her father to West Dean Tapestry Studio in 1976, and later helped to choose and oversee intimate watercolour drawings interpreted into life-size tapestries. The detailed textile works are the result of a true creative collaboration with highly skilled weavers led by Eva-Louise Svensson, dying wool to achieve precise colours and blending threads of a great variety of tones to adapt the artist’s original drawing media.

The works were created for the artist’s family and have not been exhibited publicly in over a decade. They were initially unveiled at the Victoria & Albert Museum, London, in 1980, followed by a tour of New Zealand, America and Canada over the next five years. The theme of mother-and-child predominates many of the tapestries, following the birth of Moore’s first grandchild and continuing a larger line of enquiry into interior and exterior form which inspired the artist’s most celebrated sculptures. The sustained flow of commissions by Moore and his daughter of West Dean Tapestry Studio was a spectacular act of patronage, resulting in 23 tapestries made between 1976-86, supporting the immense craftmanship involved in the traditional weaving process.

Henry Moore is celebrated as the most important British sculptor of the twentieth century for his particular addressing of the human form and uncompromising vision, which make him an abiding influence for contemporary artists. The human figure, enigmatically isolated or in relationship with others, is both the stimulus and the crux of all Henry Moore’s works. For him, creating his sculptures was not so much an abstract exercise in looking at the human figure, but a personal investigation and violation of the artist’s own body. Overlooked sometimes, are his fascinating drawings, often inspired by poetry and mythology. Hovering between abstraction and figuration, Moore developed his own unique language of form.

Born in 1898 and originally from West Yorkshire, Moore studied at both the Leeds School of Art and the Royal College of Art in the 1920s. Before World War II Moore’s works were widely exhibited in his home country, in the 1940s he also started to gain international success. In 1946, Moore’s radical vision on sculpture was celebrated in his first international retrospective at the Museum of Modern Art in New York. In 1948 Moore represented Great Britain at the 24th Venice Biennale and won the International Prize for Sculpture for his participation the same year. In 1963 the artist was awarded the British Order of Merit.

Together with his daughter Mary Moore, he established the Henry Moore Foundation in 1977, which administers his works. Since his death in 1986, the interest in his work has only continued to grow: in 2015 Moore’s works were presented at National Roman Museum in Rome and in 2017 he was the subject of a solo exhibition at the Arp Museum Bahnhof Rolandseck, Germany. At Tate Modern, London, two rooms are dedicated to display over 30 of his works.

West Dean is one of the only professional tapestry studios in the UK, originating from a vision of Edward James to support traditional arts and craft skills, and carry on the 5,000 year old tradition of woven tapestries. The studio opened as a commercial workshop in 1976 with a commission from Mary Moore to produce a tapestry from a drawing by her father, Henry Moore. The Tapestry Studio has been working with contemporary artists and designers to translate their images into woven tapestry since 1976. Since weaving 23 tapestries for The Henry Moore Foundation, 1976 – 1987, the Studio has worked with artists John Piper, Howard Hodgkin, Eileen Agar, Matty Grunberg, Philip Sutton, Bill Jacklin and Adrian Berg.

Exhibited throughout the world, tapestries by the Studio are also on permanent view at the Henry Moore Foundation, the Victoria and Albert Museum, the Surrey History Centre, Shipley Art Gallery, Gateshead and many other locations.