MAMOTH is thrilled to present Set Your Friends Free, Sydney based artist Henry Curchod’s first exhibition in the UK. 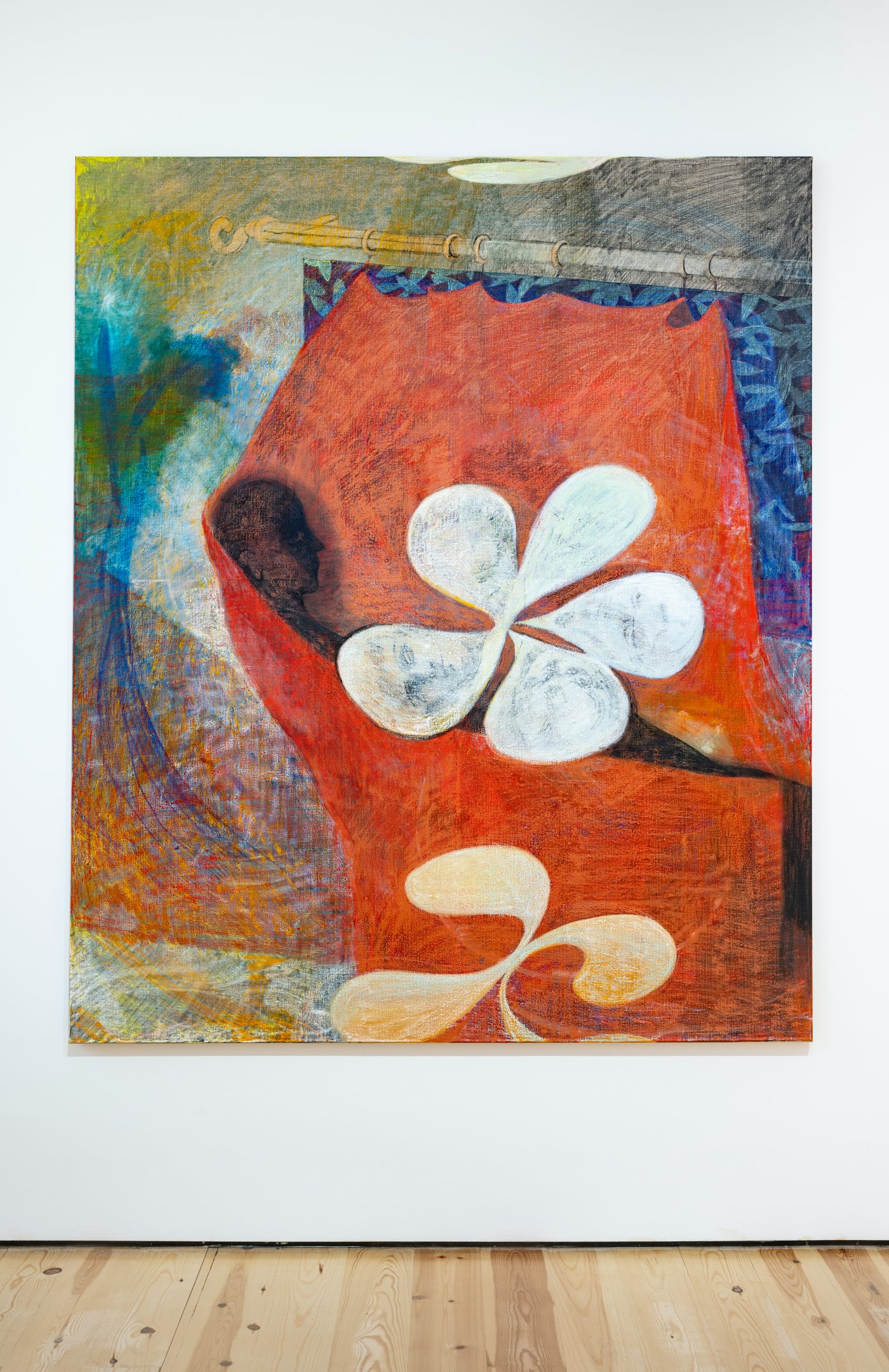 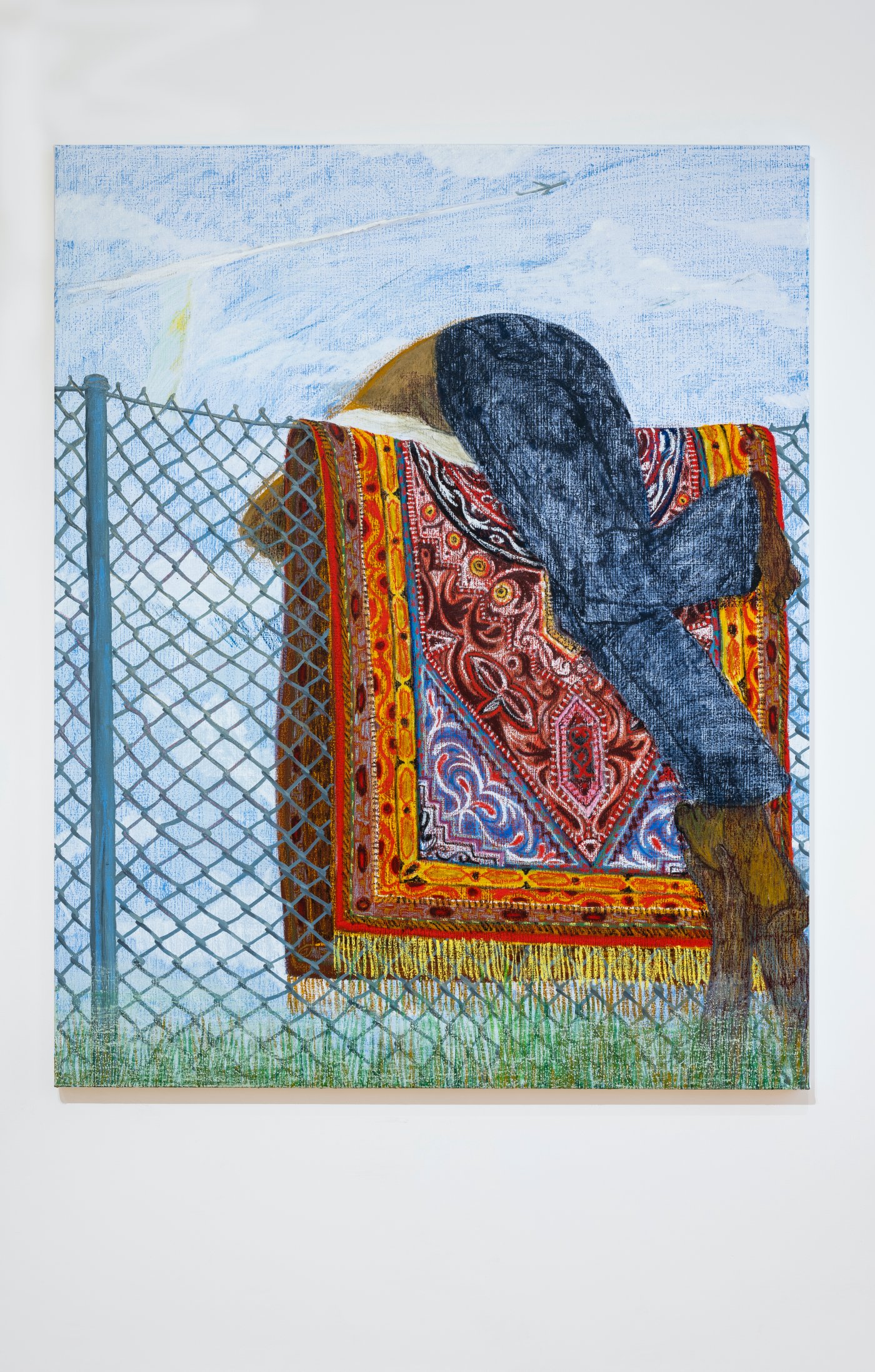 Henry Curchod
The future belongs to those that wait, 2021 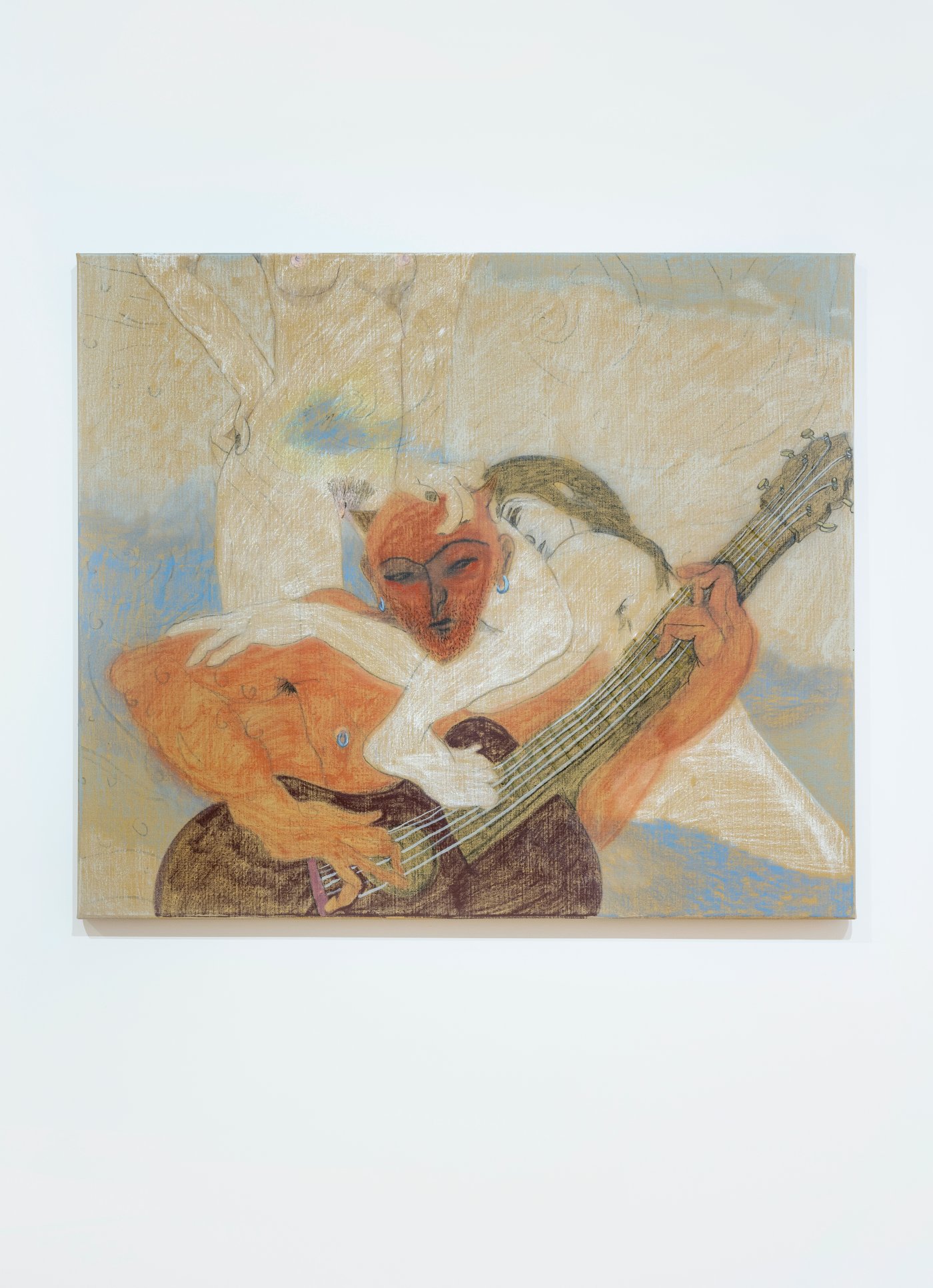 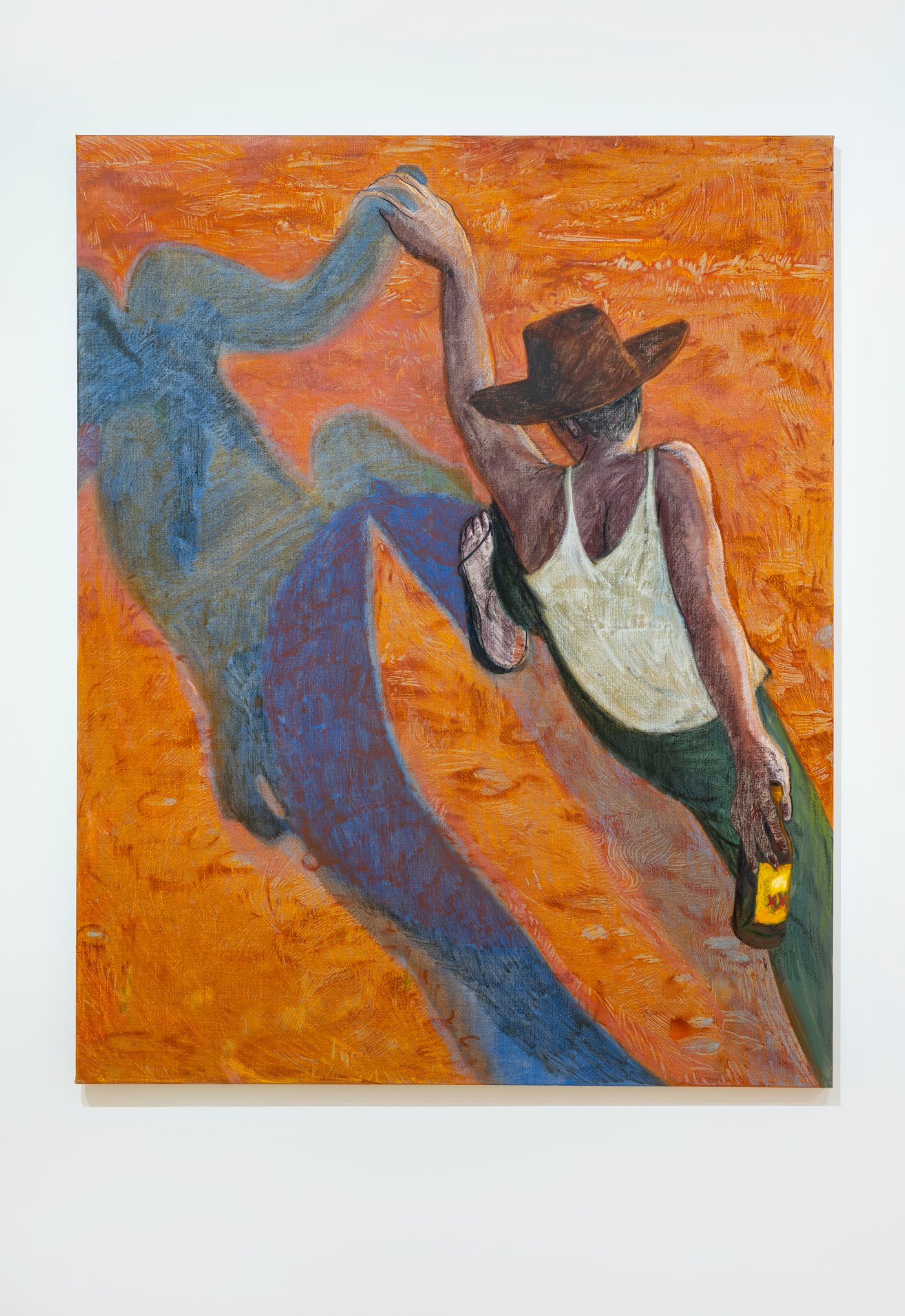 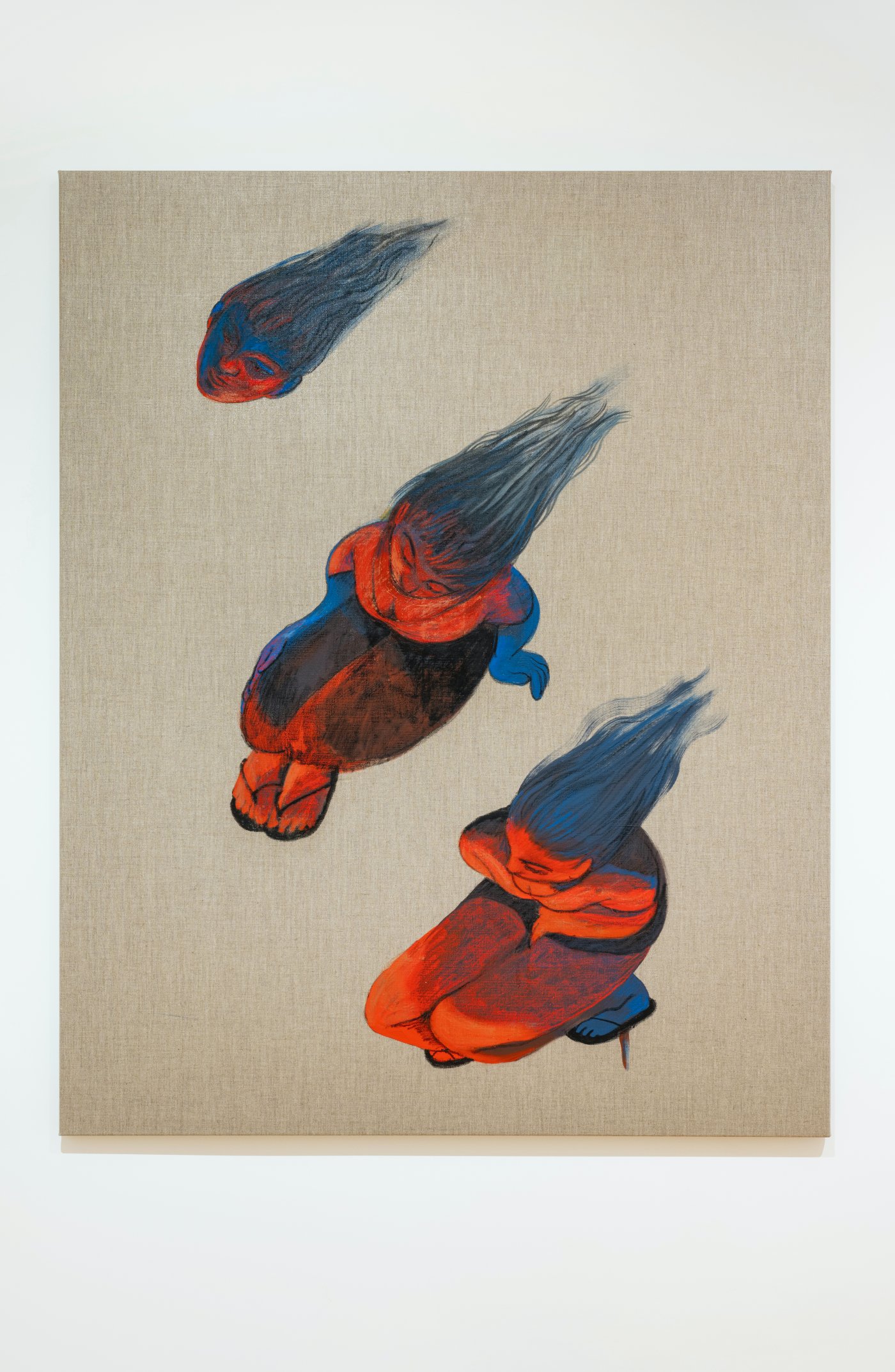 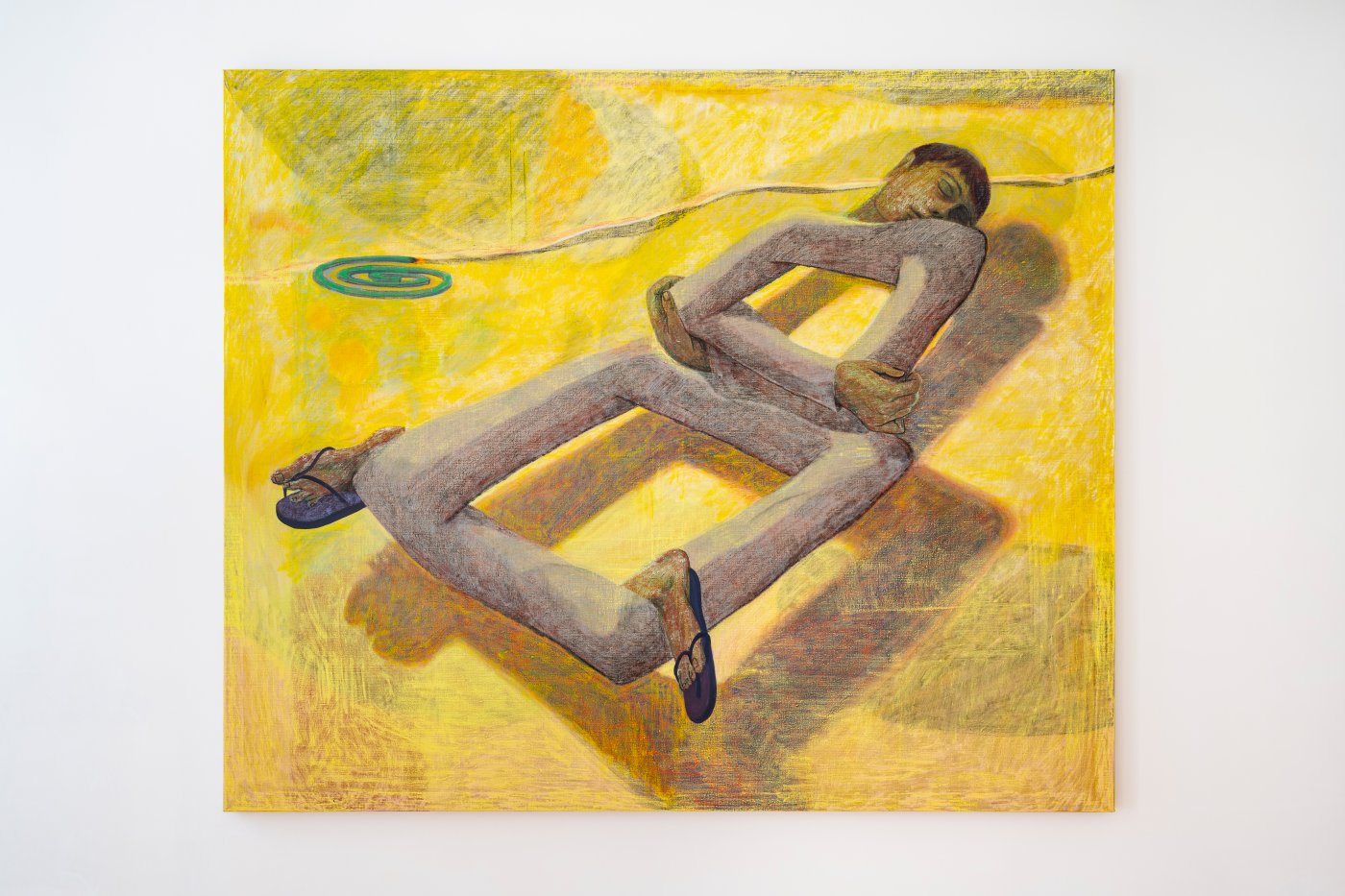 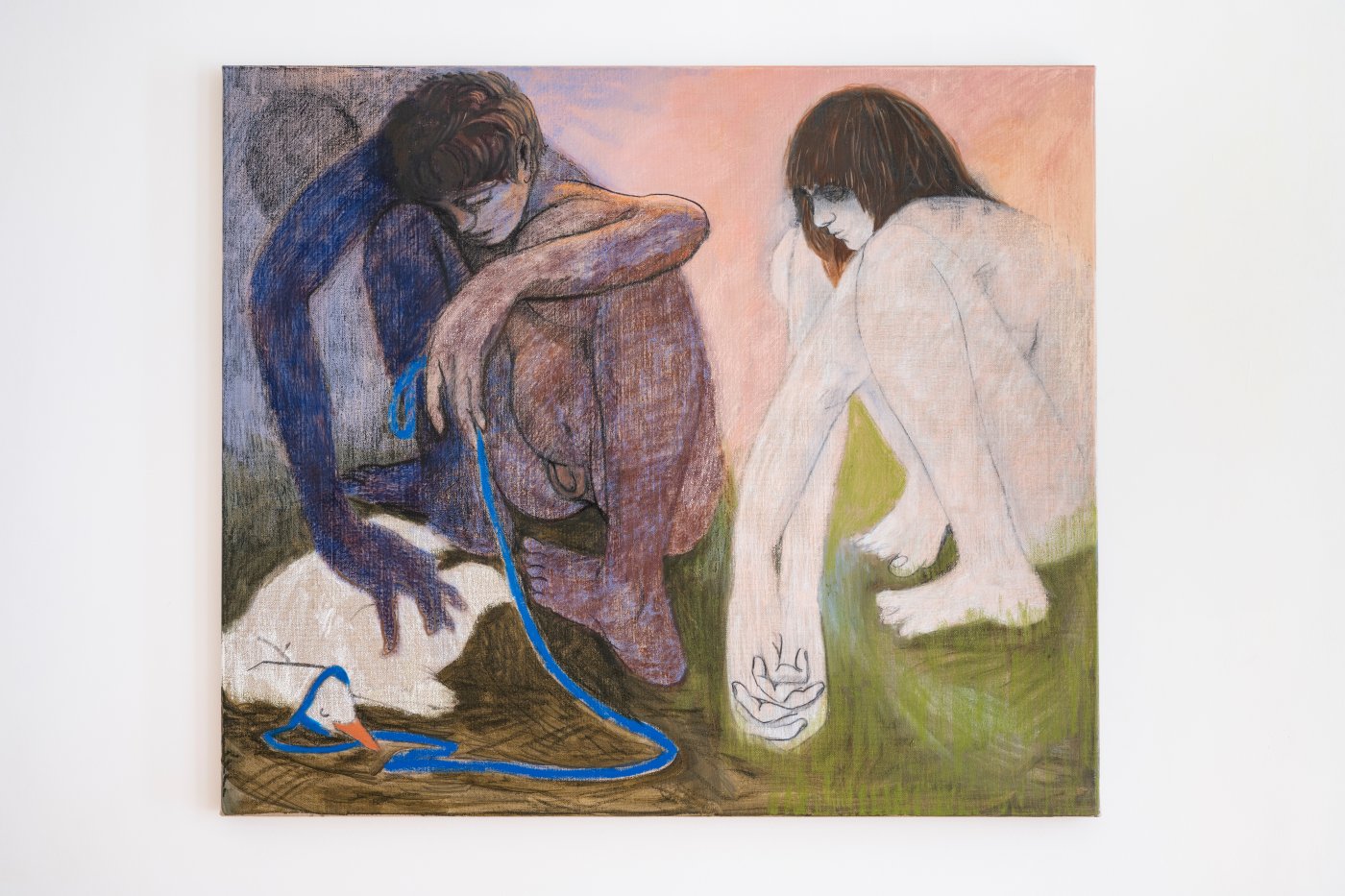 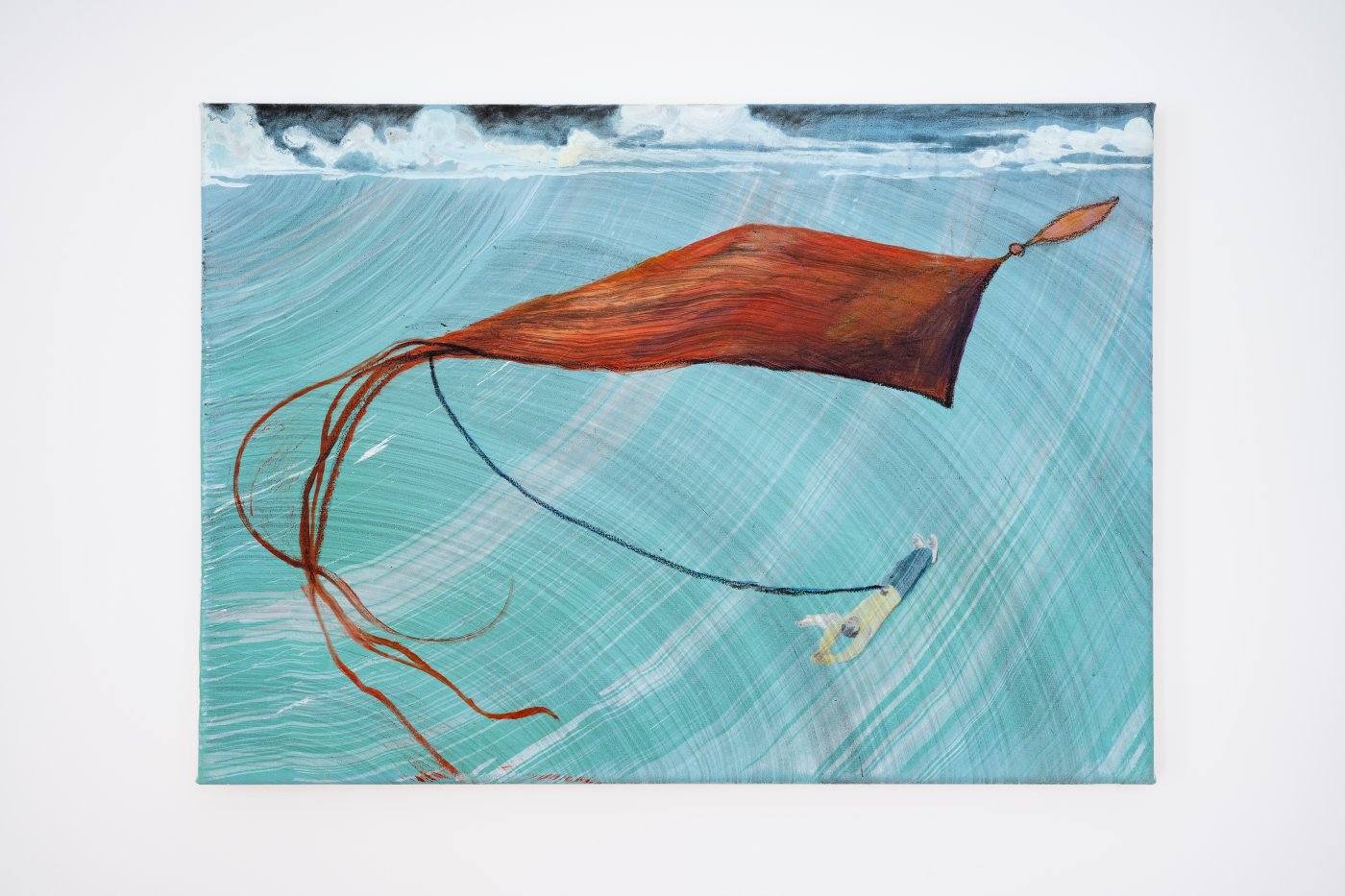 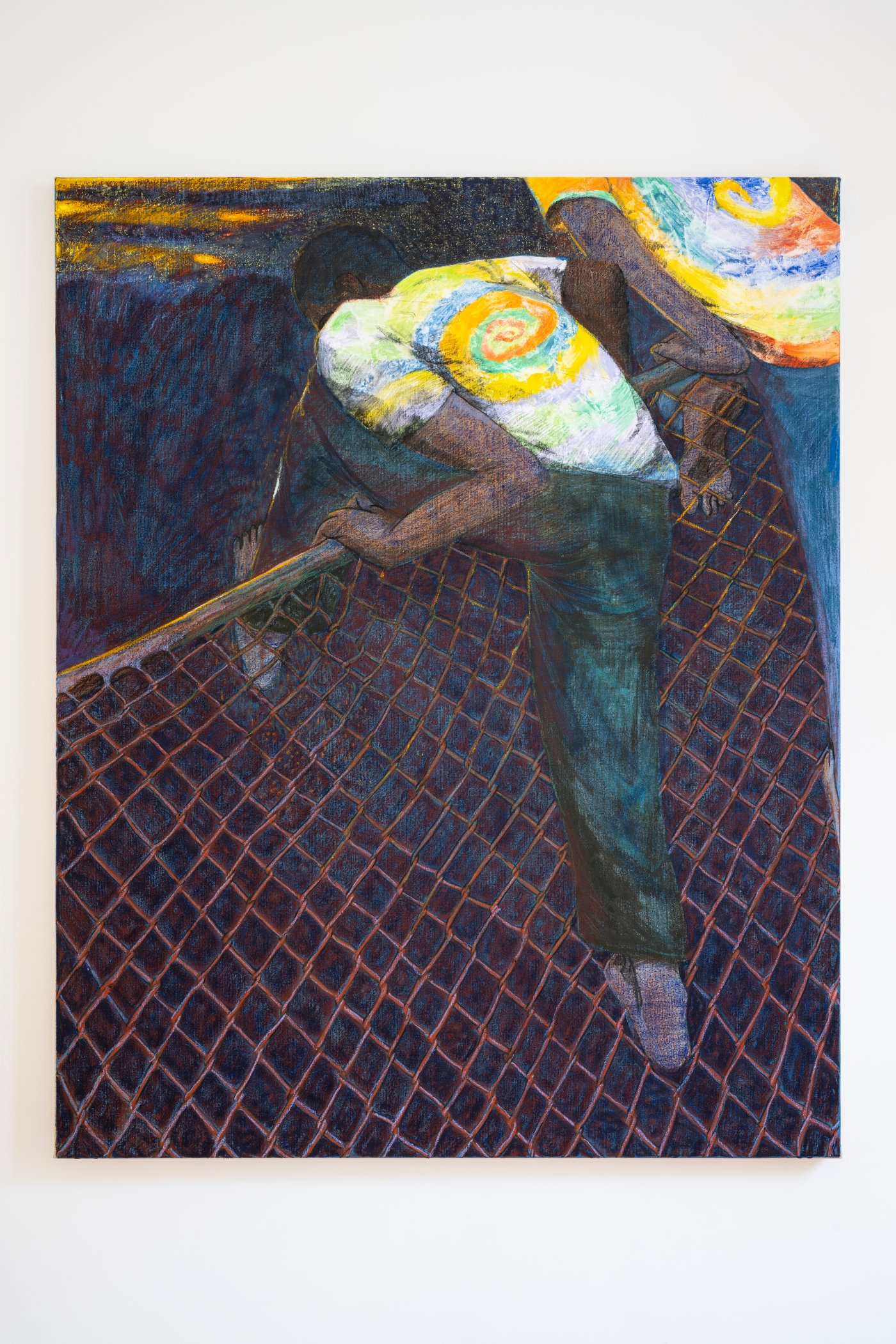 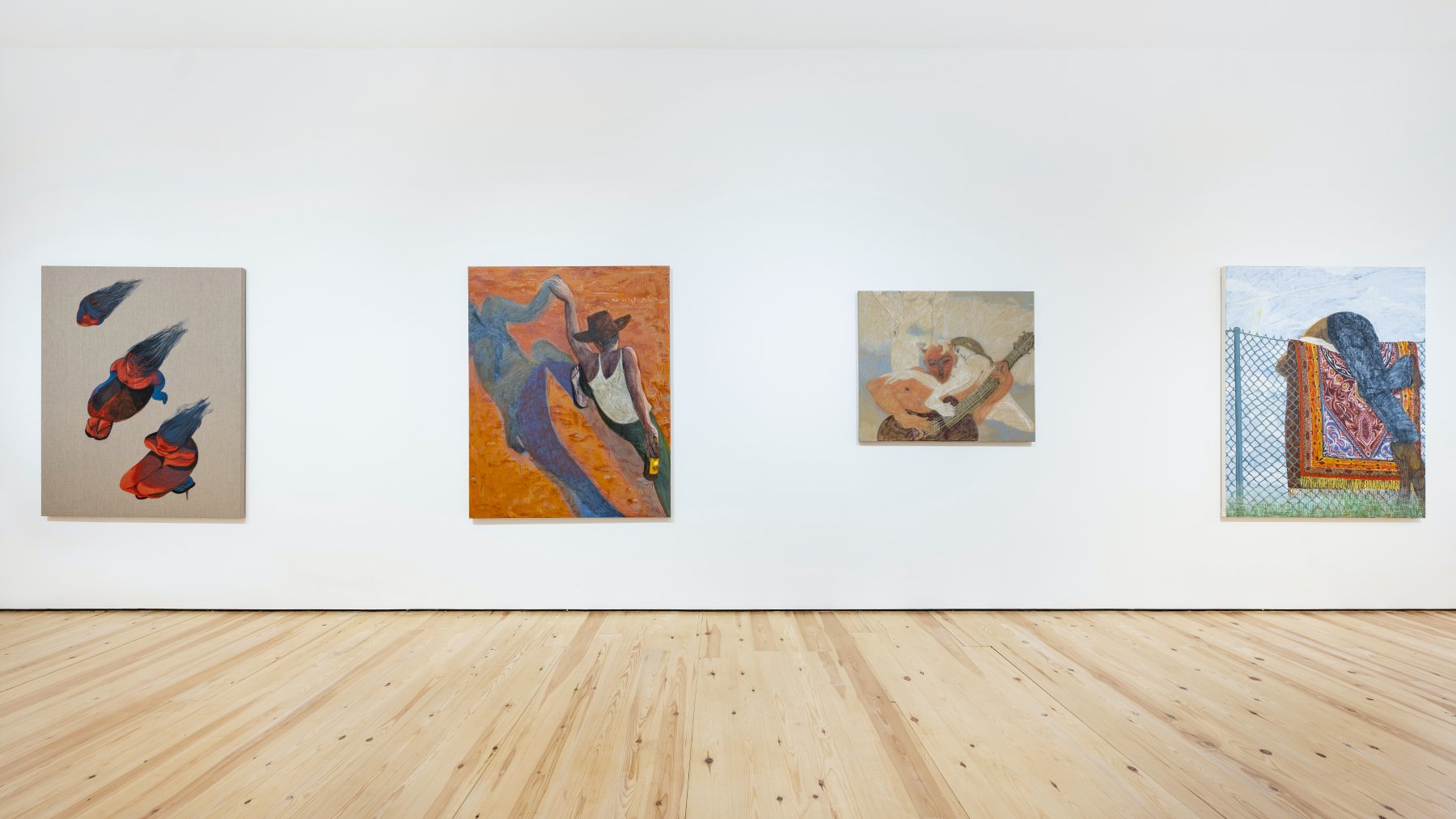 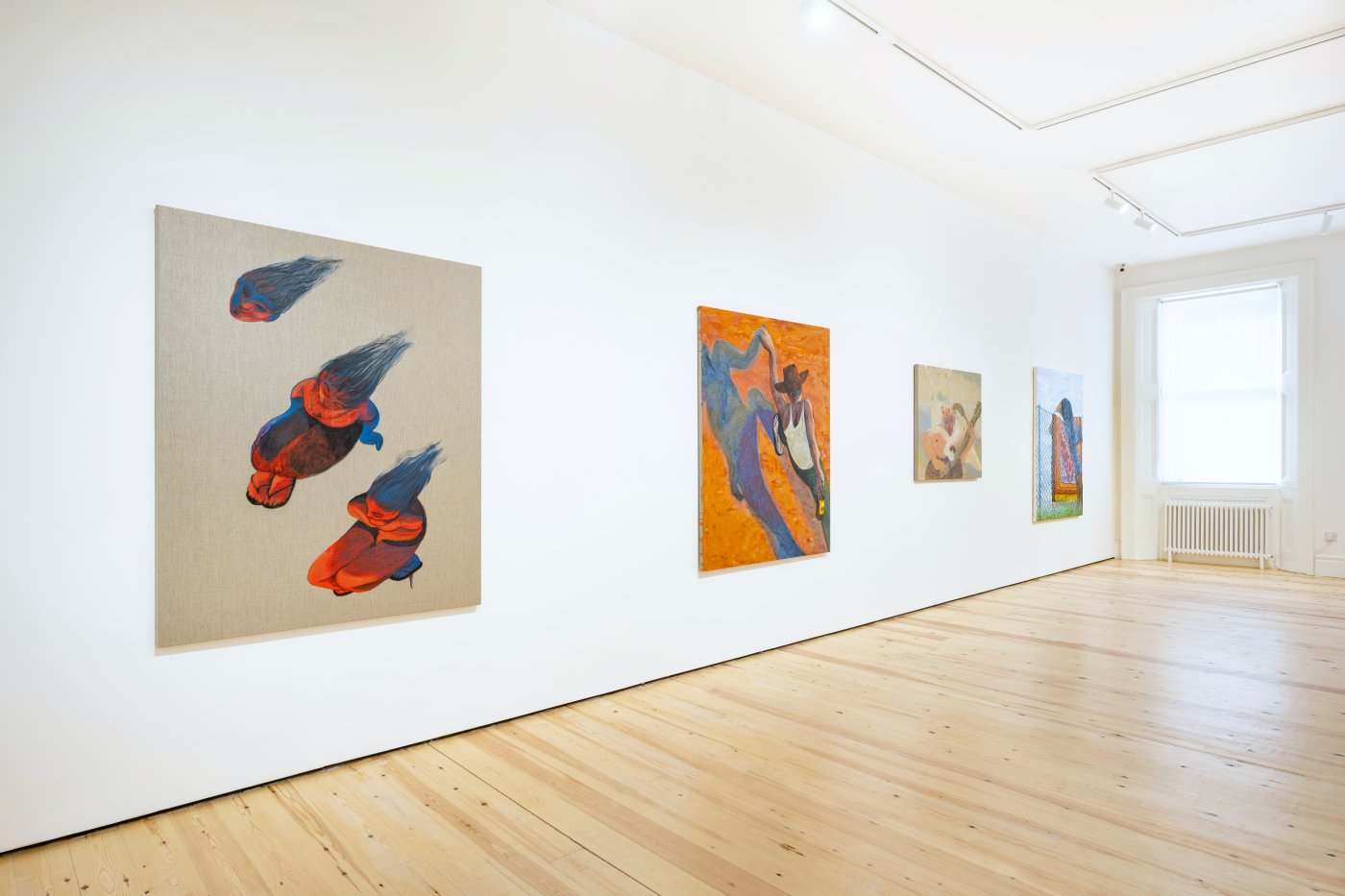 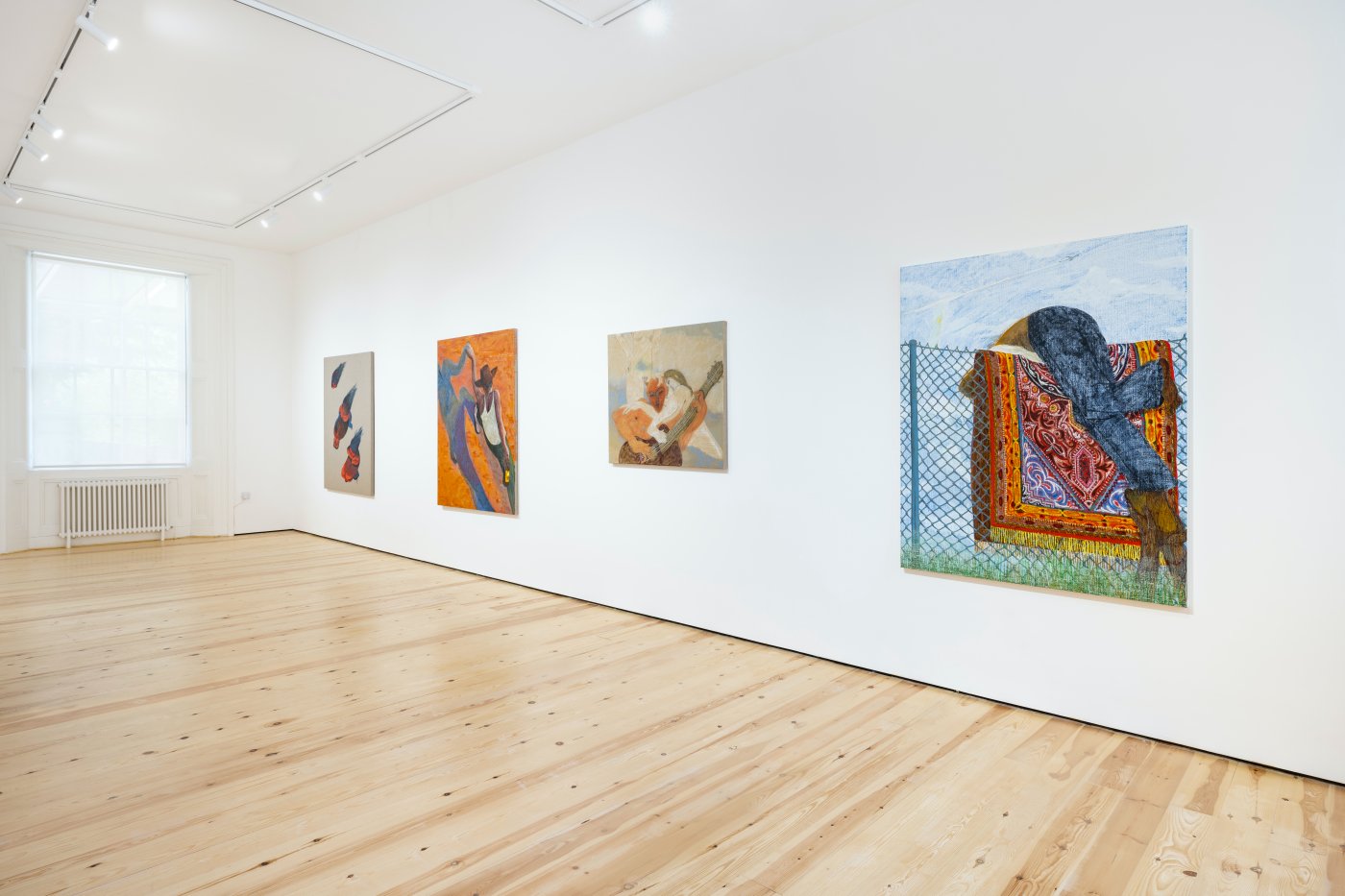 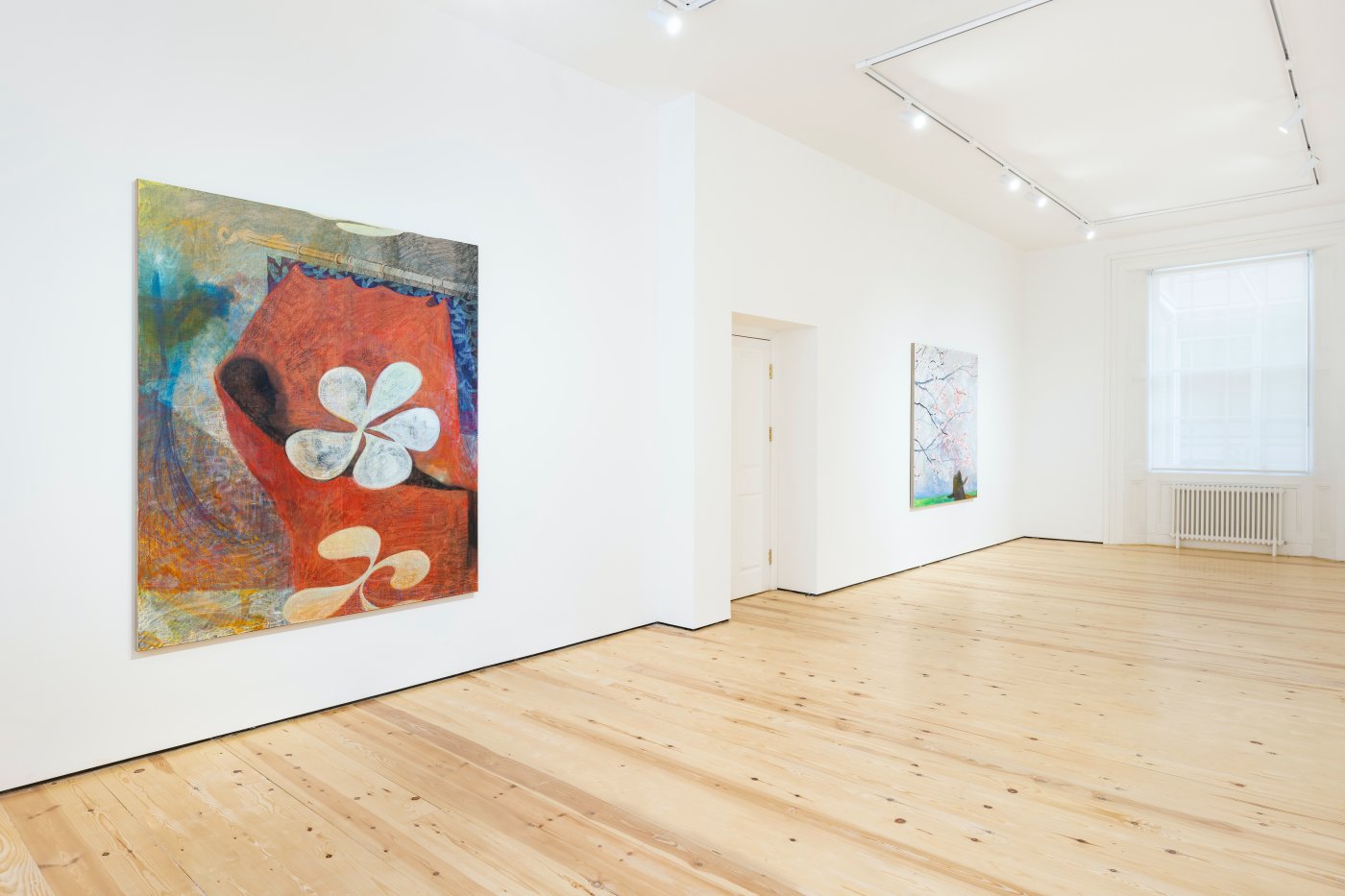 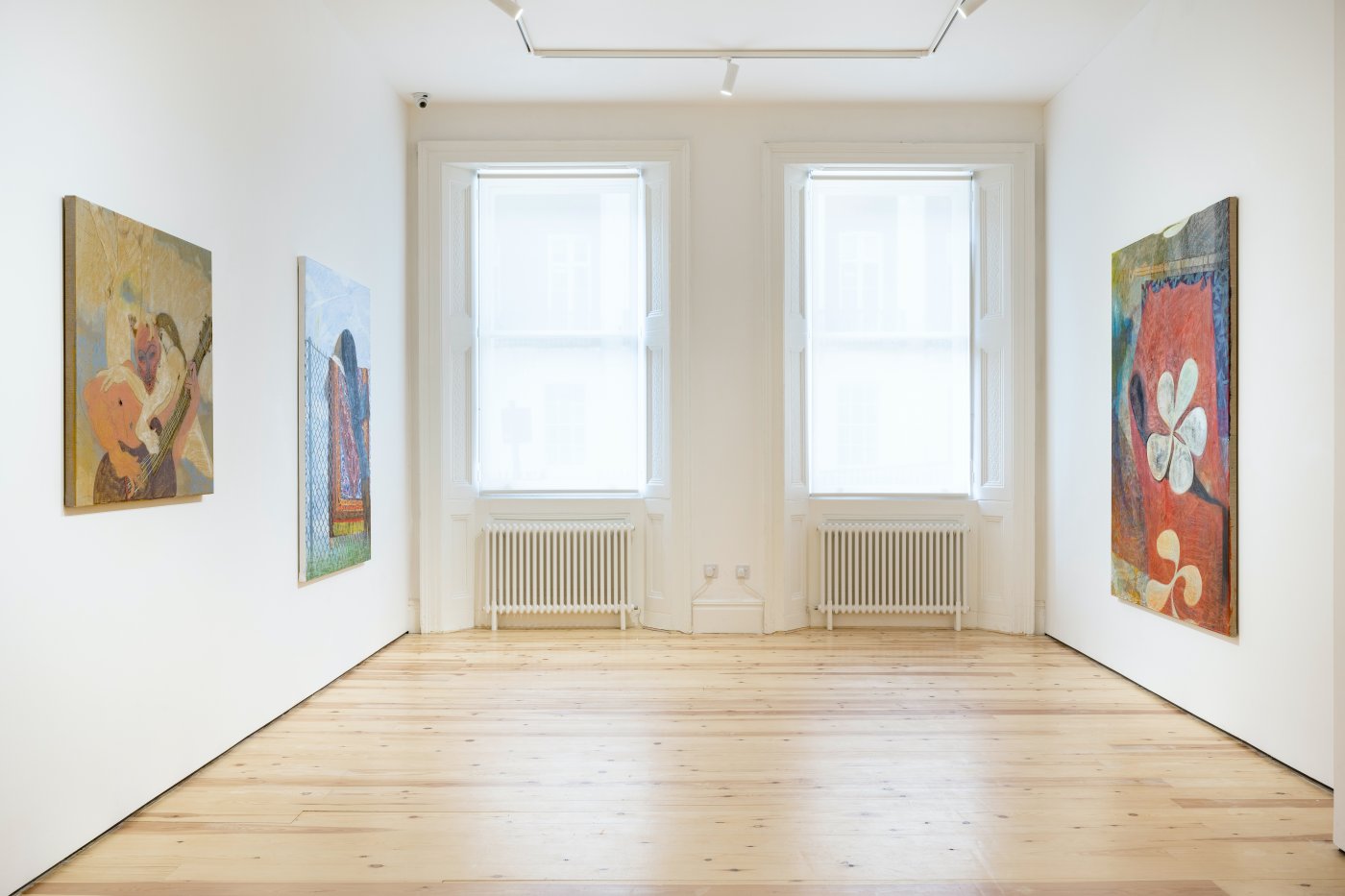 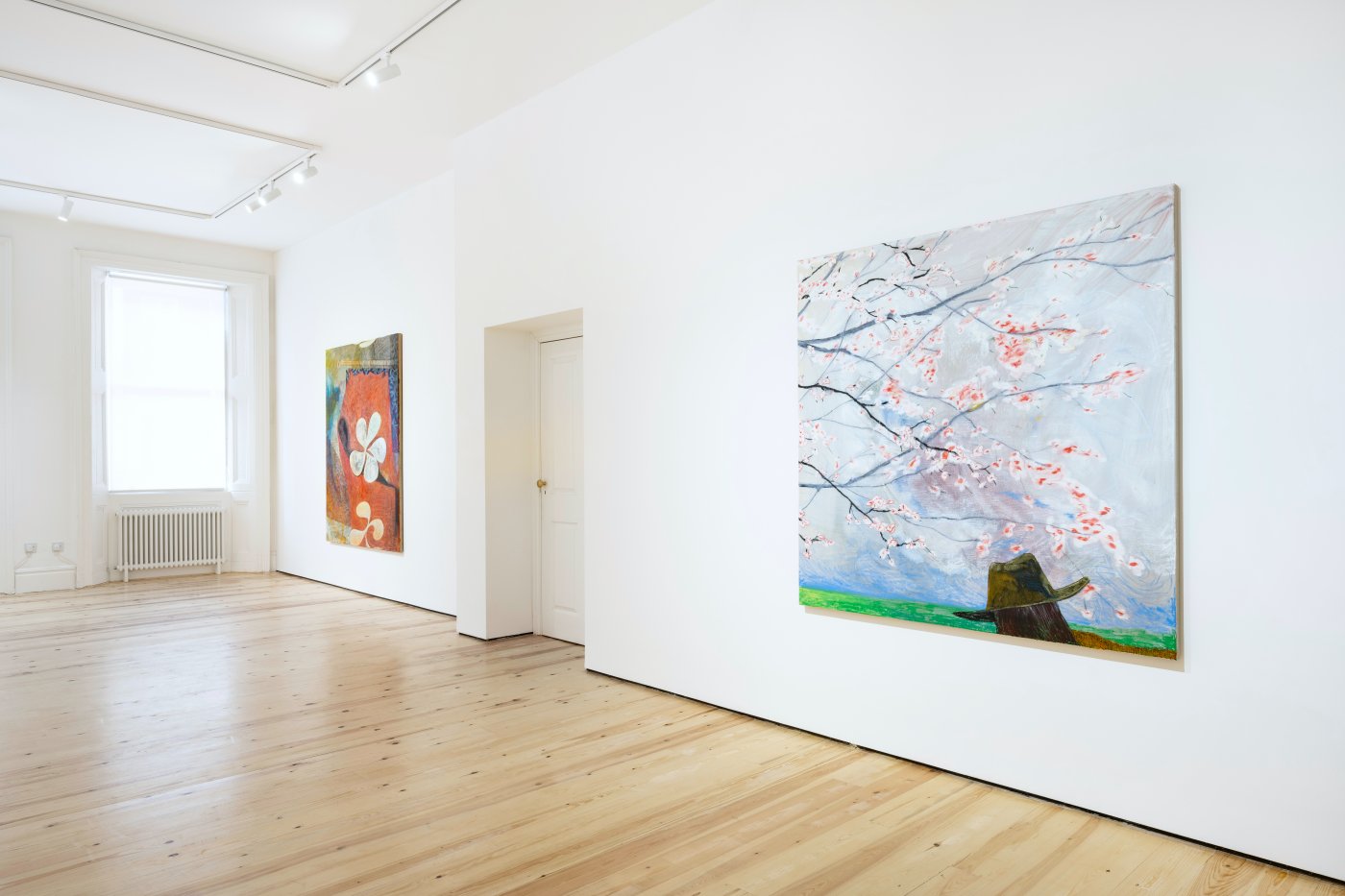 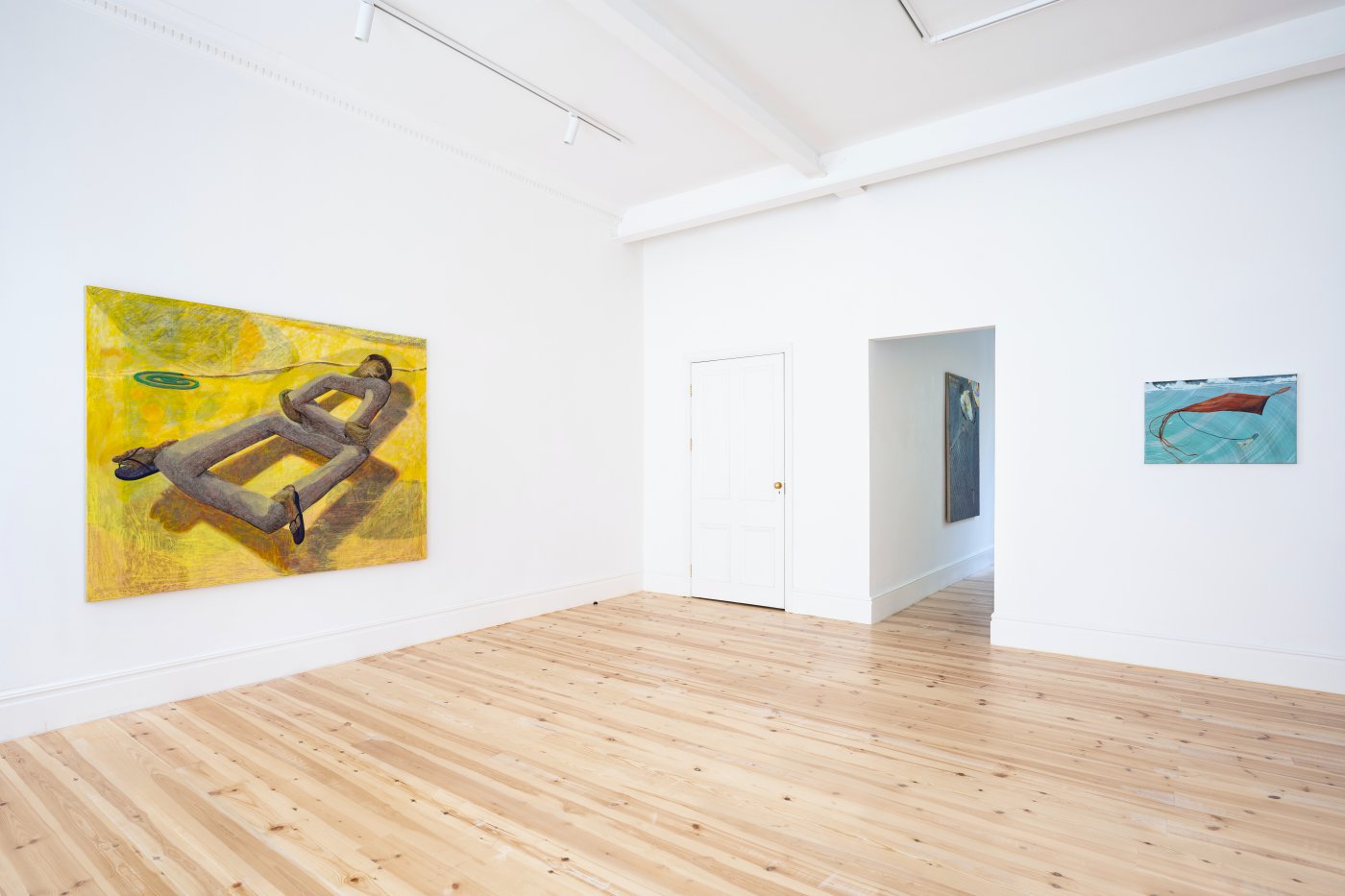 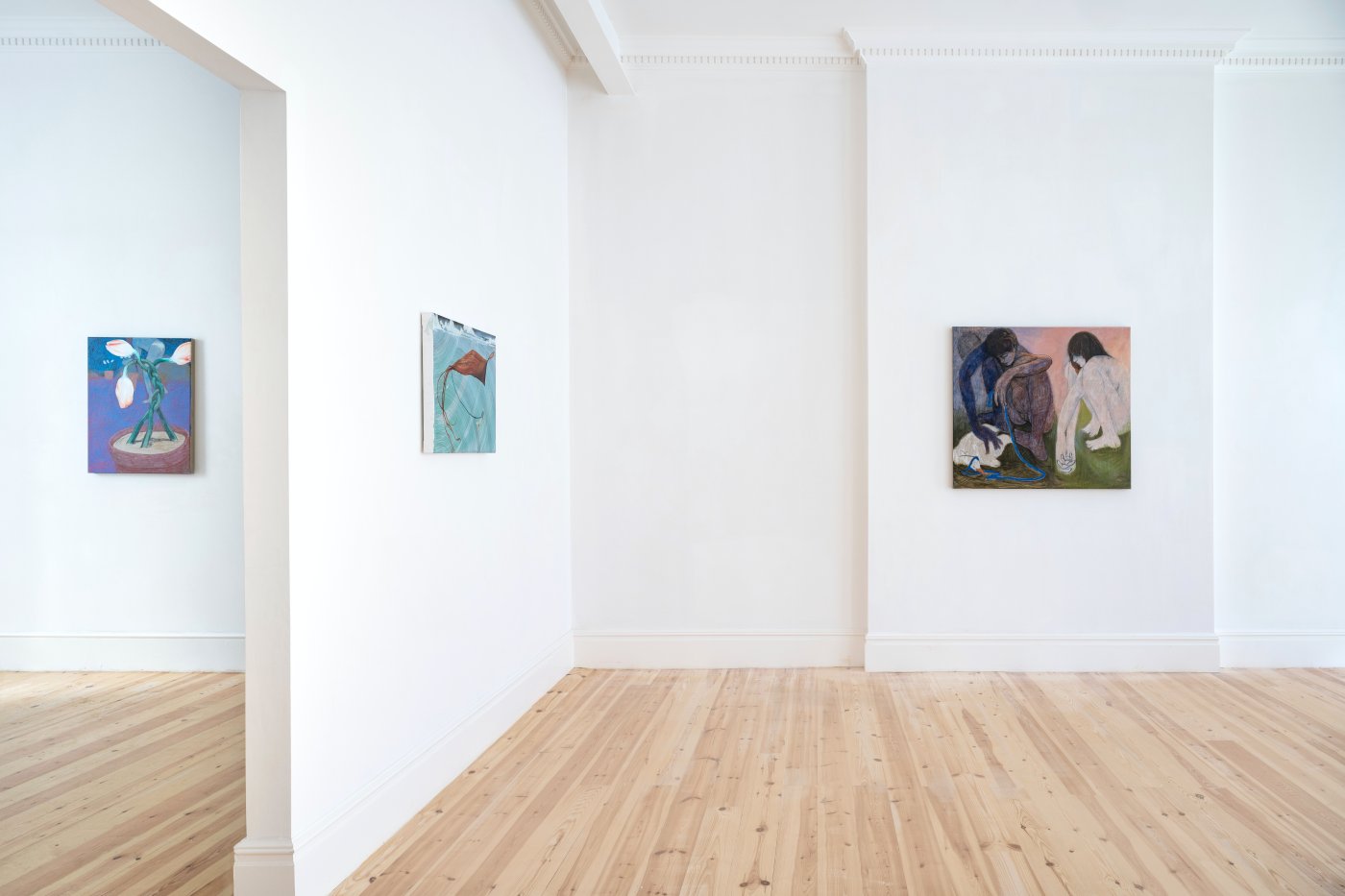 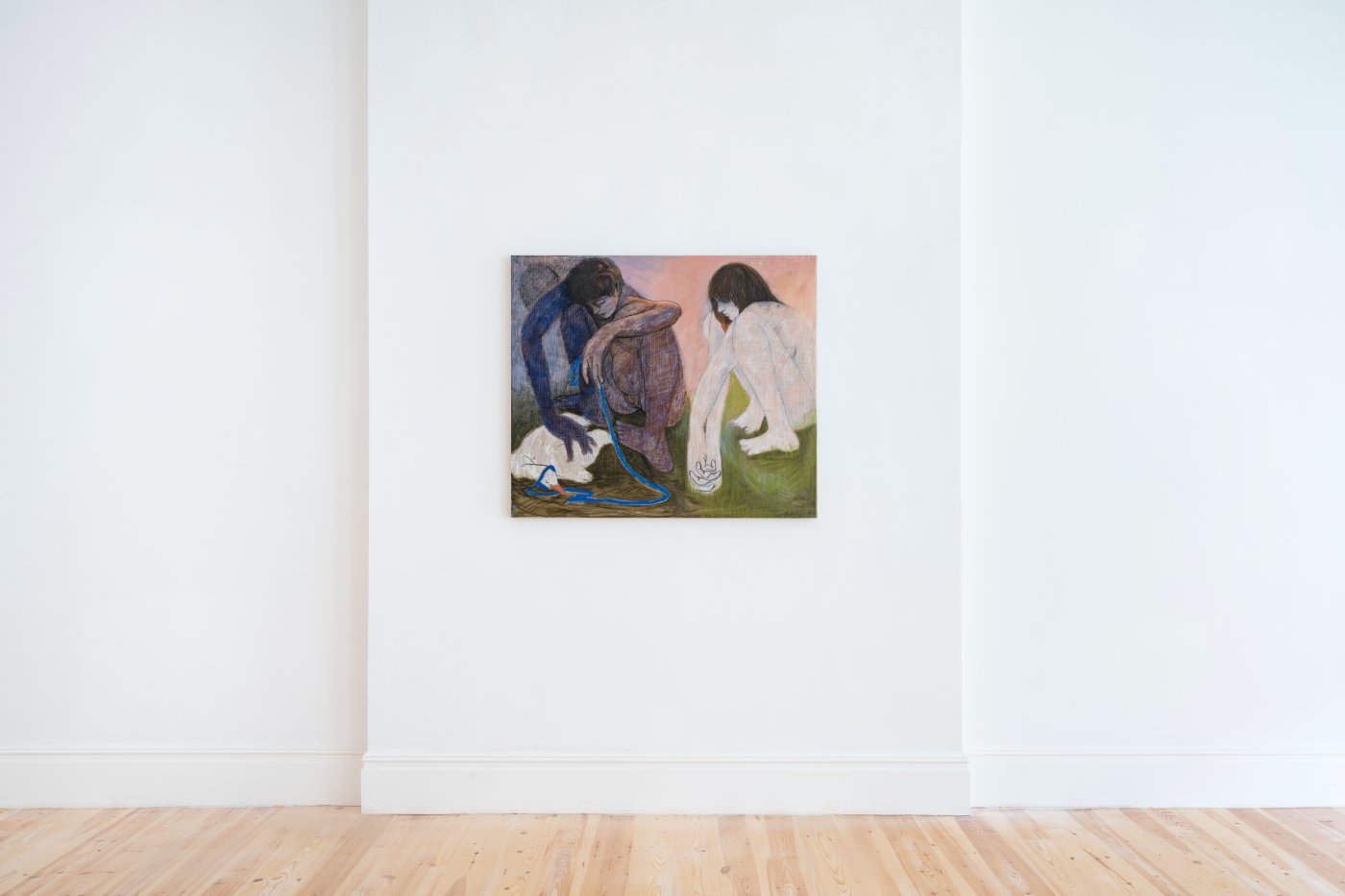 Not hearing, listening, 2021 begins with a head, its eyes closed as if sleeping. This is attached to a conference of limbs shaped like a figure of eight, the upper part, featuring two clutching arms, the lower circle has two legs similarly fused together, supporting two jutting out sandalled feet. The form hovers just above a canary yellow plane. A docile image, though somewhat perturbing, the hands gently clasping its ‘body’ could also be interpreted as supine solitude.

The use of oil stick on stretched linen, in combination with oil paint is a recent development in Curchod’s practice. With an oil stick he treats linen like paper, building up areas of colour with repeated strokes, a process which brings an unbridled exuberance and joy to a surface which he feels oil paint struggles with. Fusing drawing and painting, his work has a defined graphic quality and visceral texture.

In The future belongs to those that wait, 2021, a figure is rendered with their face turned away. The top half of their body slumped over a persian rug draped over a wire fence. Embodying the slow ‘wait’ of its title, the figure could be read as idle, the cocked leg could also be read as a body caught failing to mount an obstacle.

The meandering energies of his drawn lines are evident in the enigmatic image Wake in fright, 2021. Depicted from above (a recurring vantage point of his work) a hatted figure, reaches out with their left arm, their right leg planted, in a quasi-yogic pose. Their mirrored image is projected by a cast shadow. Reality is escaped as the figure and their shadow are tethered at the hand. The shadow form is cast onto a rich ochre earth, evoking the unmistakable landscape of Australia.

Curchod is the son of Kurdish-Iranian and Anglo-American parents, and whilst he acknowledges the importance of his heritage he prefers to focus on the universal. The universal has more potency, especially in relation to his protagonists-neither masculine or feminine, judged or revered, they are not pulled from life, but create the potential for life.

His belief in the power of the simple drawn line, mirrors the enigmatic potential of his non- contextualised subjects. Making a case for the transience of meaning, Curchod has stated that it is a process of ‘…finding the line between reduction and action. Finding the space between a lightness of drawing and the fullness of painting. I am trying to abandon the reliance on the reverence of liquid paint, in hope of achieving something more solid’.