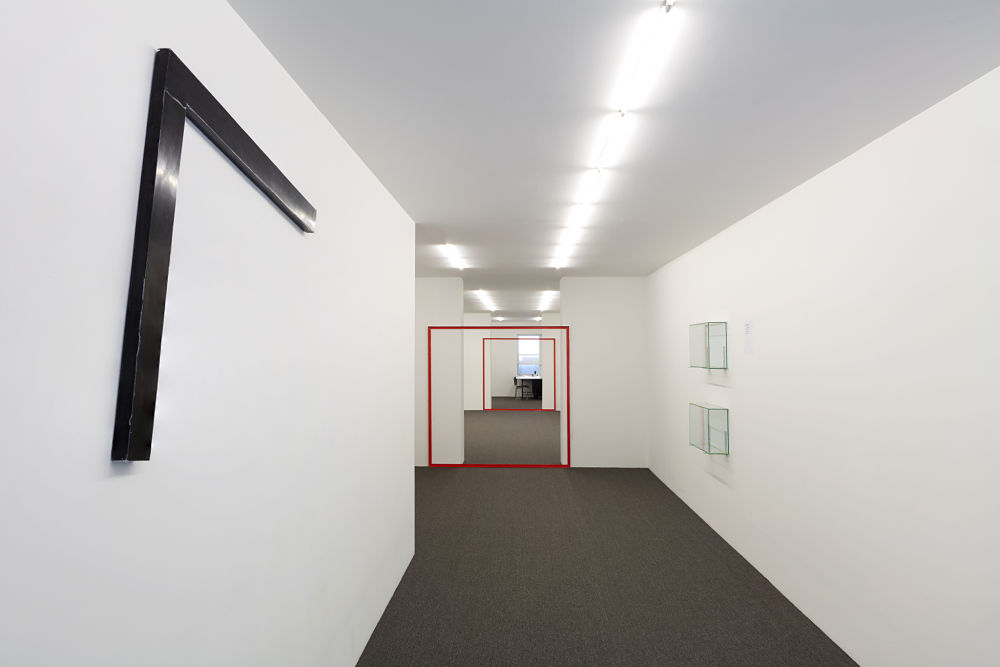 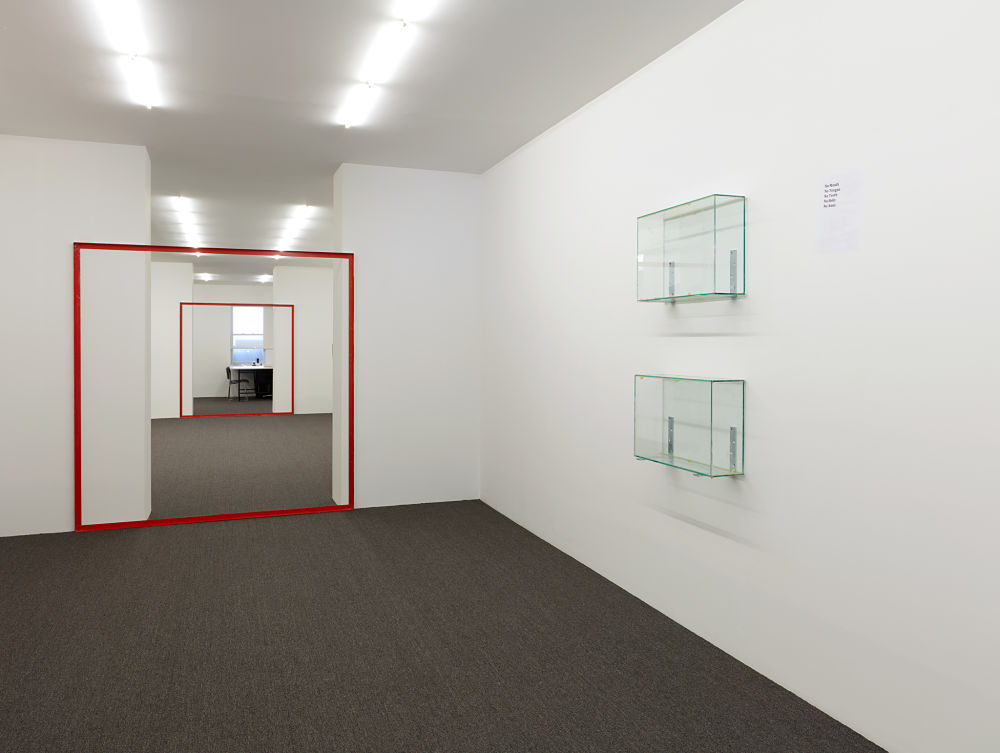 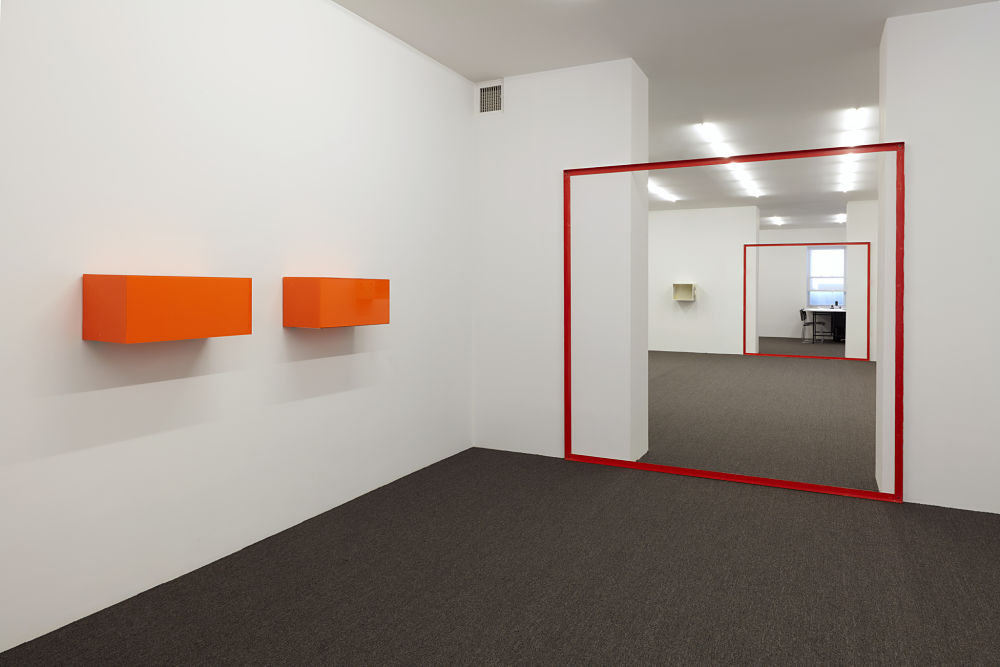 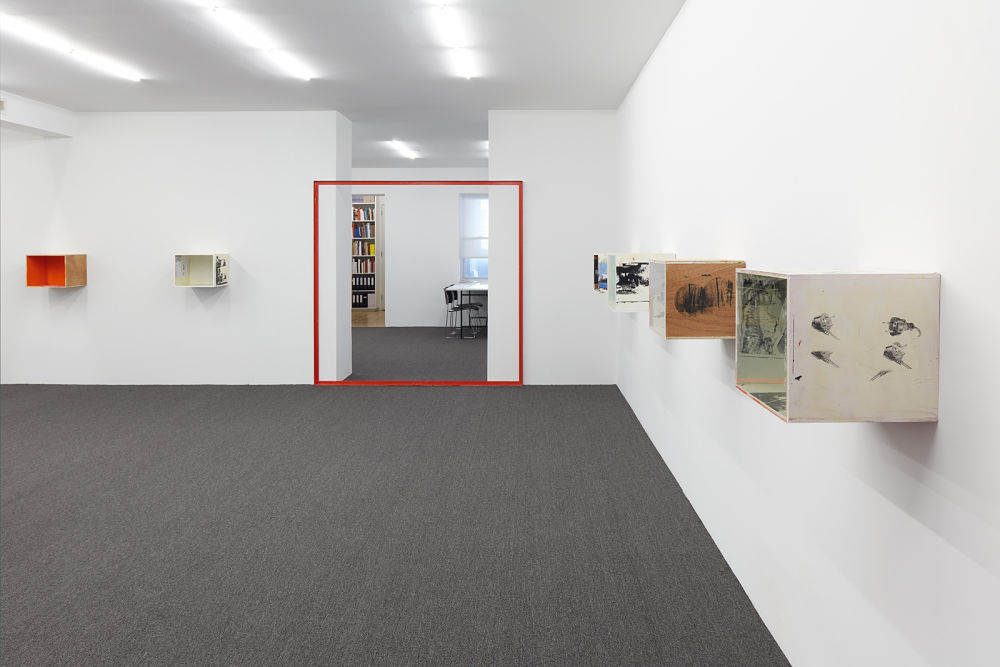 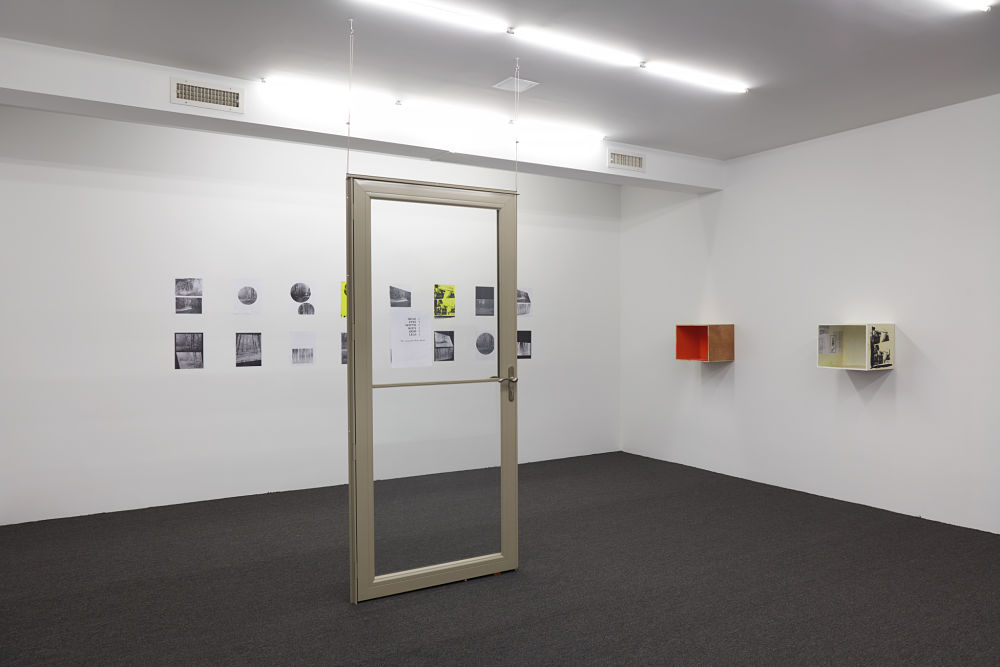 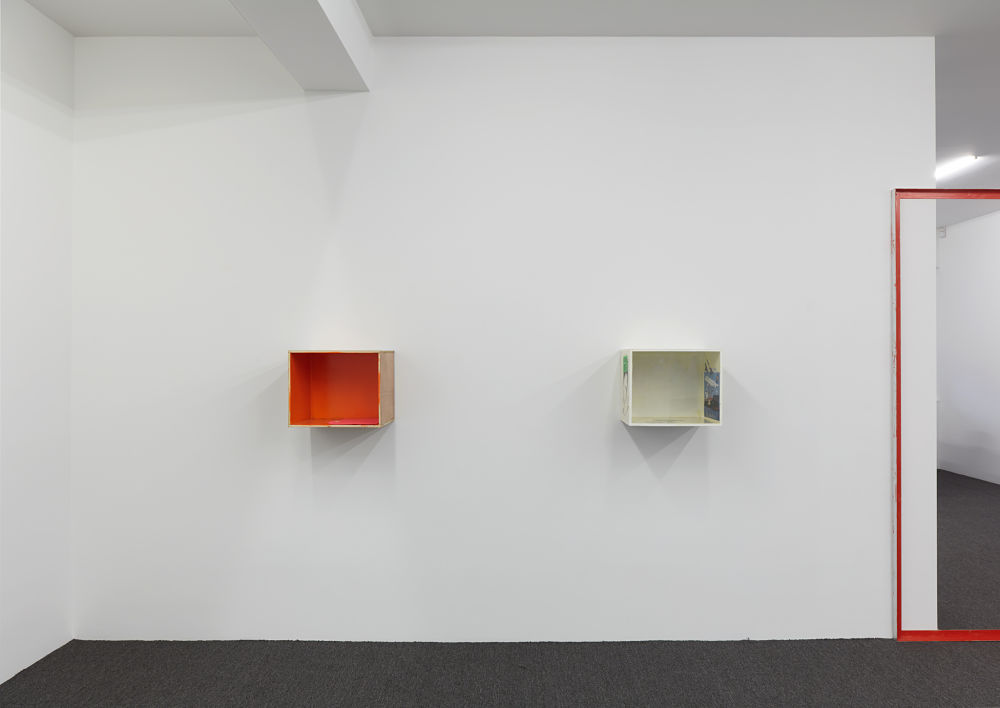 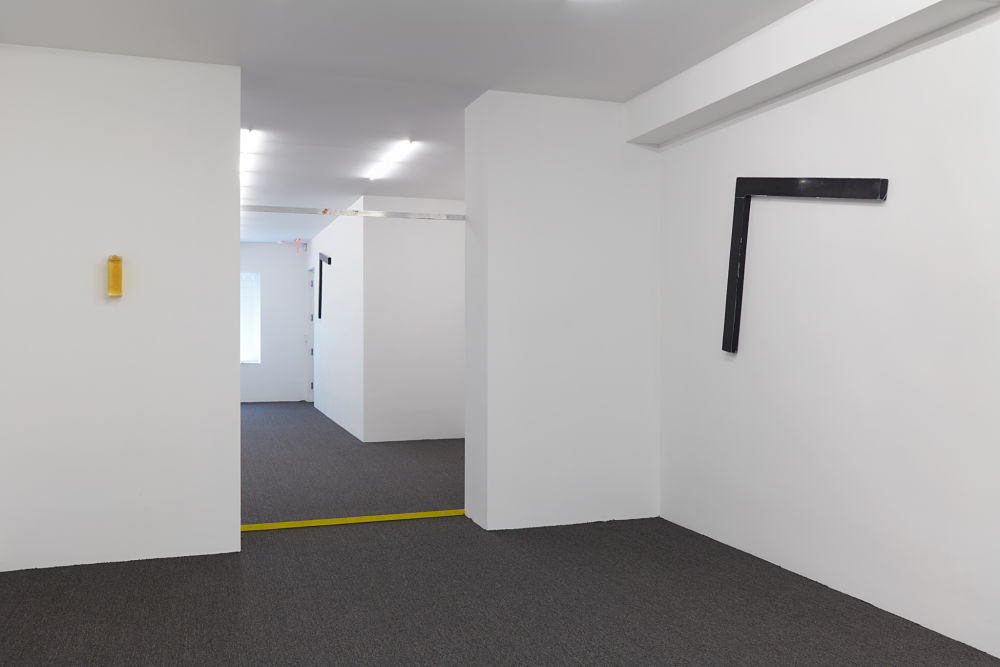 Forms in debt: the cast of a corner, or of a milk carton, owes its material presence to having performed a form. Neither sculpture (because not autonomous) nor object (because derived), it is unworked and hard to place, a quasi-entity that has bred out of positive form and now plays the latter against itself. It is both the artwork and its double. Teeming with displaced agency, it bends time out of shape to scale space for accrued meanings.

Unborn after-forms, there is something about them that is totally kinky, what with their staunch refusal to do it in the right place. They oscillate through semiotic and embodied registers and blast figuration as that which can be known, named, affirmed. They are restless things, or meta-nervous; built on the always social basis of nervousness. This plastic restlessness – this socio-psycho-neuro-kinetics – is what Catherine Malabou calls a “structure of transformation and destruction of presence and the present.” A conductor for the contradictions of the day, tuned in to norms and givens, the speed and the mood of things, it performs how culture strives to synchronize subjectivity and charge each of us with its reproduction.

…A synchronization that is (meant to be?) felt as stress, like coming too soon or wading in too late, in anticipations, delays, and repetitions. Such misalignment can be mobilized for our own purposes, though. As a testo junkie put it, flatly, “It is fundamental not to recognize oneself.” It is when we do not recognize ourselves in our representations that the possibility for transforming reality appears. Dis-identification, destabilization… let go, and exits may emerge from dead-ends of political reflection.Politics is a struggle against selfishness, about what is good for the other, and for the self as other.

Even though the referents for the works are often much more specific than their ephemerality lets on, you will look in vain for certainties to swear by. Their undoing of origins, identifications and superstructures has the effect to make conflict stick to them like flypaper: there is power in every nook and cranny, and so power critique and countermoves too – on the milk carton, in the screws that hold the brackets… There are no vacuums or oases here, as ultramundane consumer items are rendered unfamiliar such as to un-position them strategically against all the neo-liberal noise. It is a play of everyday excess that confronts the simultaneous shattering and control of the dimensions of experience, that pincer movement of late bureaucratic capitalism.

A non-medium, boxes have a different materialization than the object and a different conceptualization than the text. Olesen’s are trans-objects, to borrow Hélio Oiticica’s term (with Olesen clearly being the more agit povera of the two). The trans-object is at the same time a sub-object and an extra-object that opens up to a subversive micro-level with the energies of its own unmaking: it is a fold or a pocket for social content, receiving warm bodies, or for gestating events, disappearing redundant images, and so a site for dealing with opposites that may turn out not to be any. The box is as good a Trojan horse as any from which to undo categorical hygiene. The glass box – a messy, sensual ice cube that raises the question of what glues it all together – catches what cannot be held, shadows and darkness, the whiteness of your ghosts, and all those other entities that refuse to be imaged. It is for bodies that can be held by neither a uniform nor a coffin. Flipping container and contained, the see-through and the opaque, they are like Maurice Blanchot’s paradoxical definition of Marxism as “answers without questions”: the giving of a name to what previously had none, a raising of questions where there was no way of asking, a seeing beyond the trap that is the visual realm. Theory, or its sensibility, begins with the suspension of causality and socialization.

Producing movements that make you some-un-body, the works open up beyond the subject-form. In nervous things and luminescent bodies, everyday space becomes plasmatic – energized, moldable, conductive. Gateways galore… They do open up to transcendence, but not to bliss or resolution – when did a rabbit hole ever do so unambiguously? The door is a subtractive protocol: here the world can be reinvented at the site of its disappearance, in a void for attunement to exit from what already exists to what is not yet imagined. Continuous othering.