Monika Sprüth and Philomene Magers presents the solo exhibition Contour by Finnish-born, Paris-based artist Henni Alftan. Her first gallery show in London features new works that continue her exploration into the relation between the medium of painting and the conceptual idea of image-making. 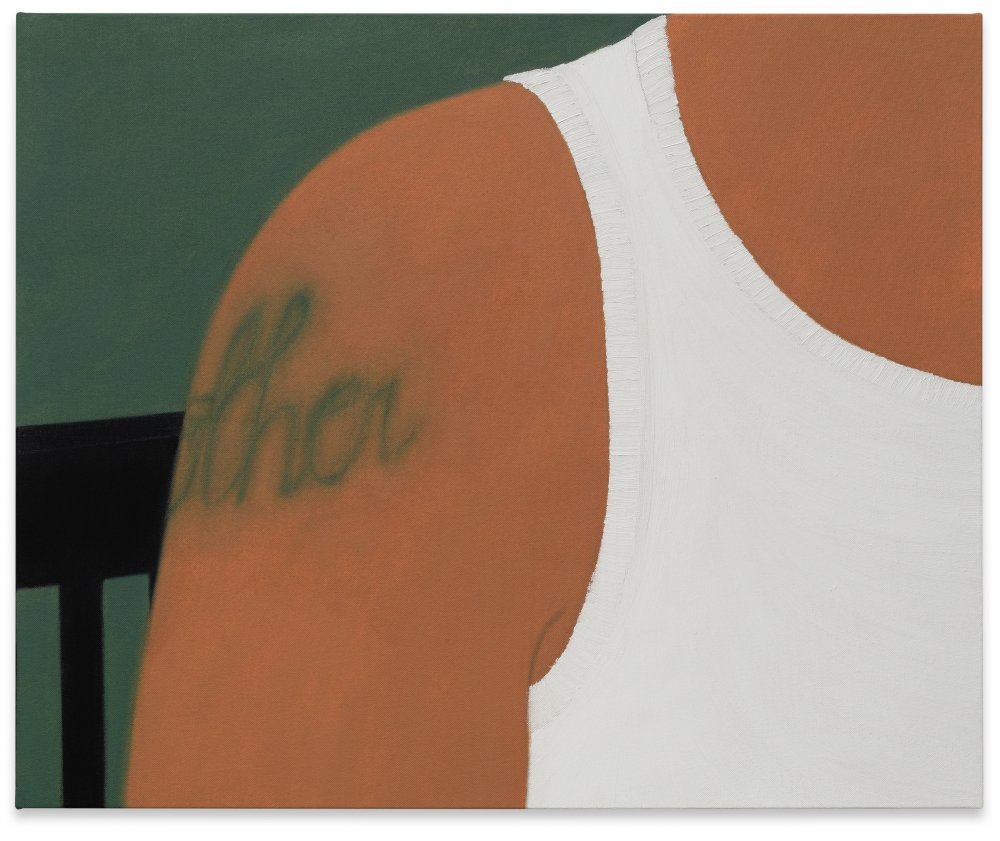 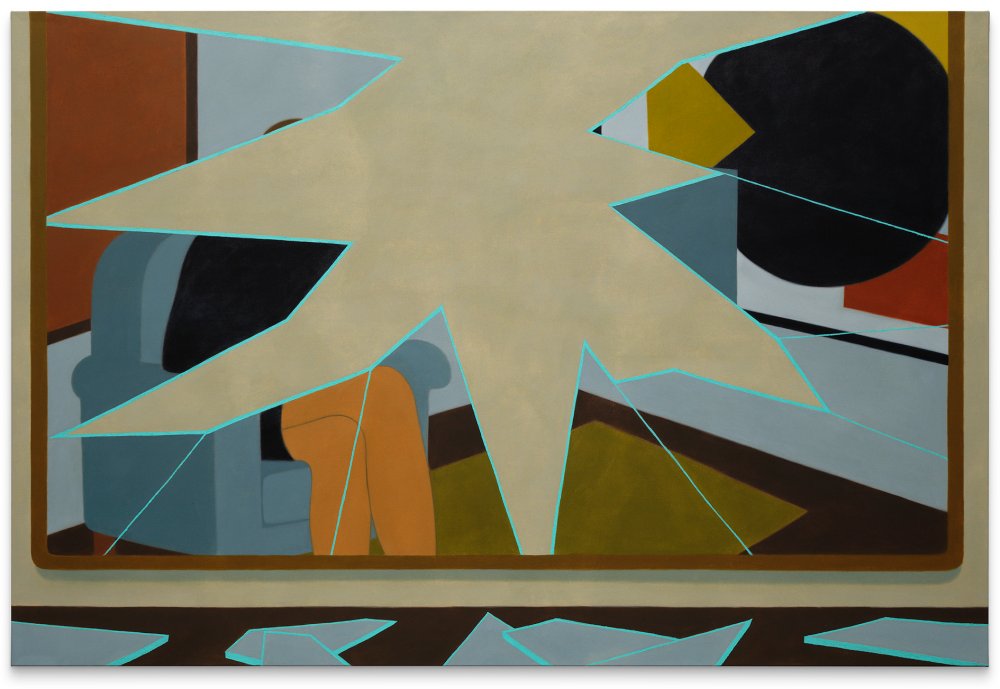 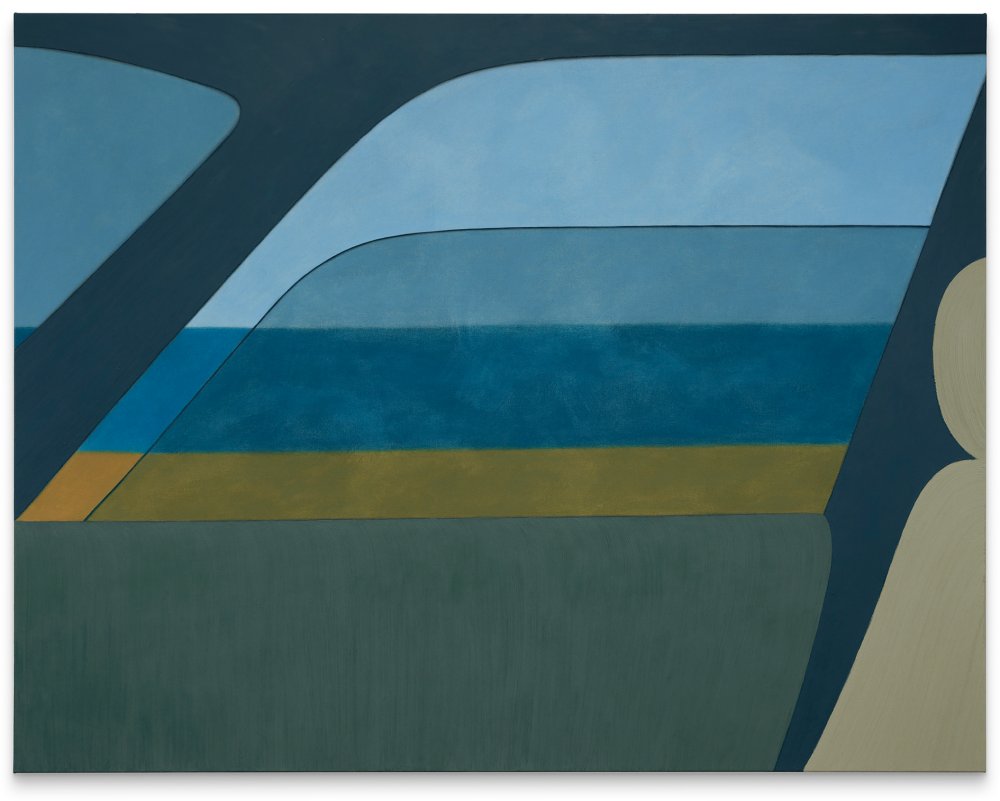 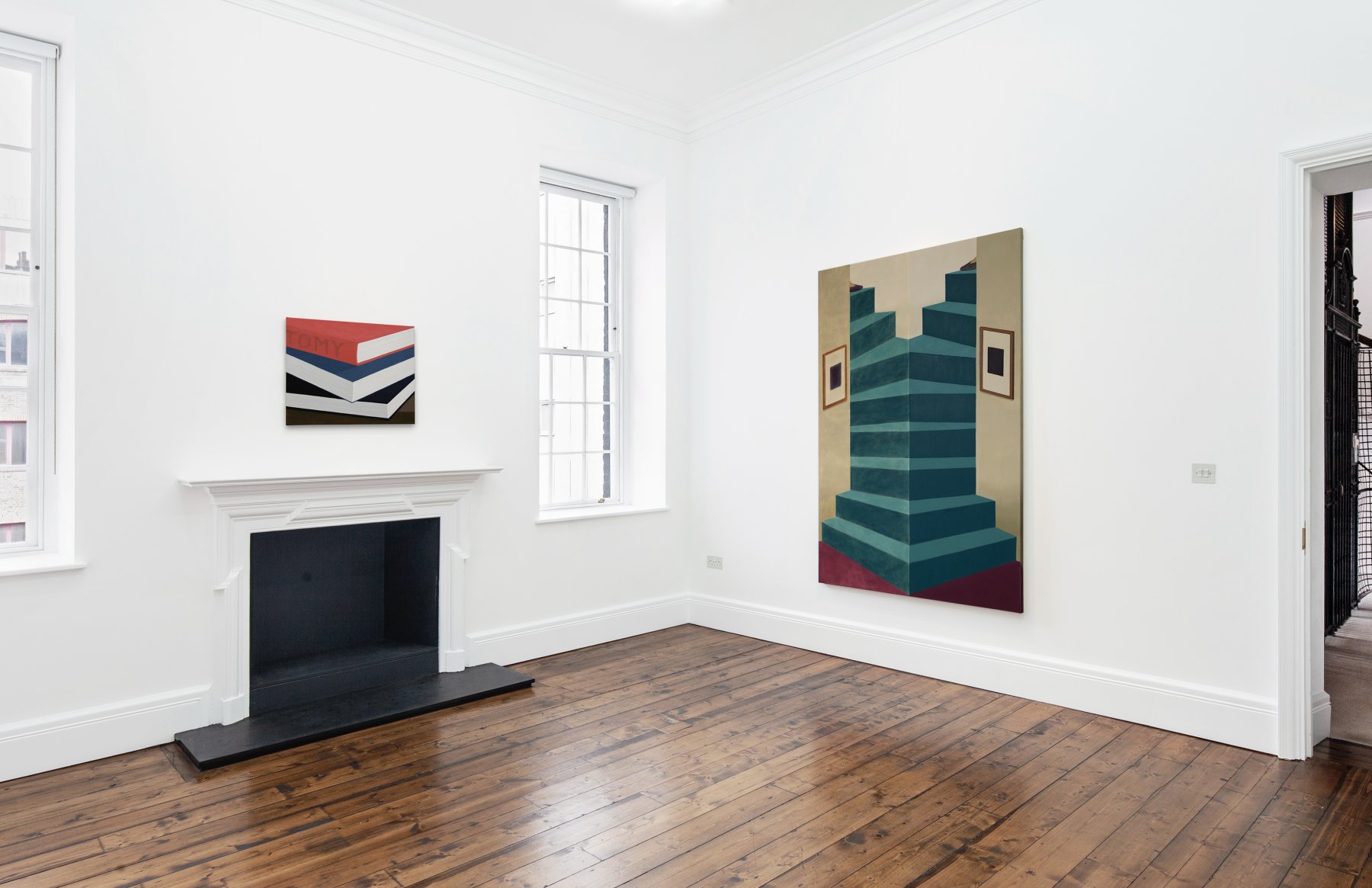 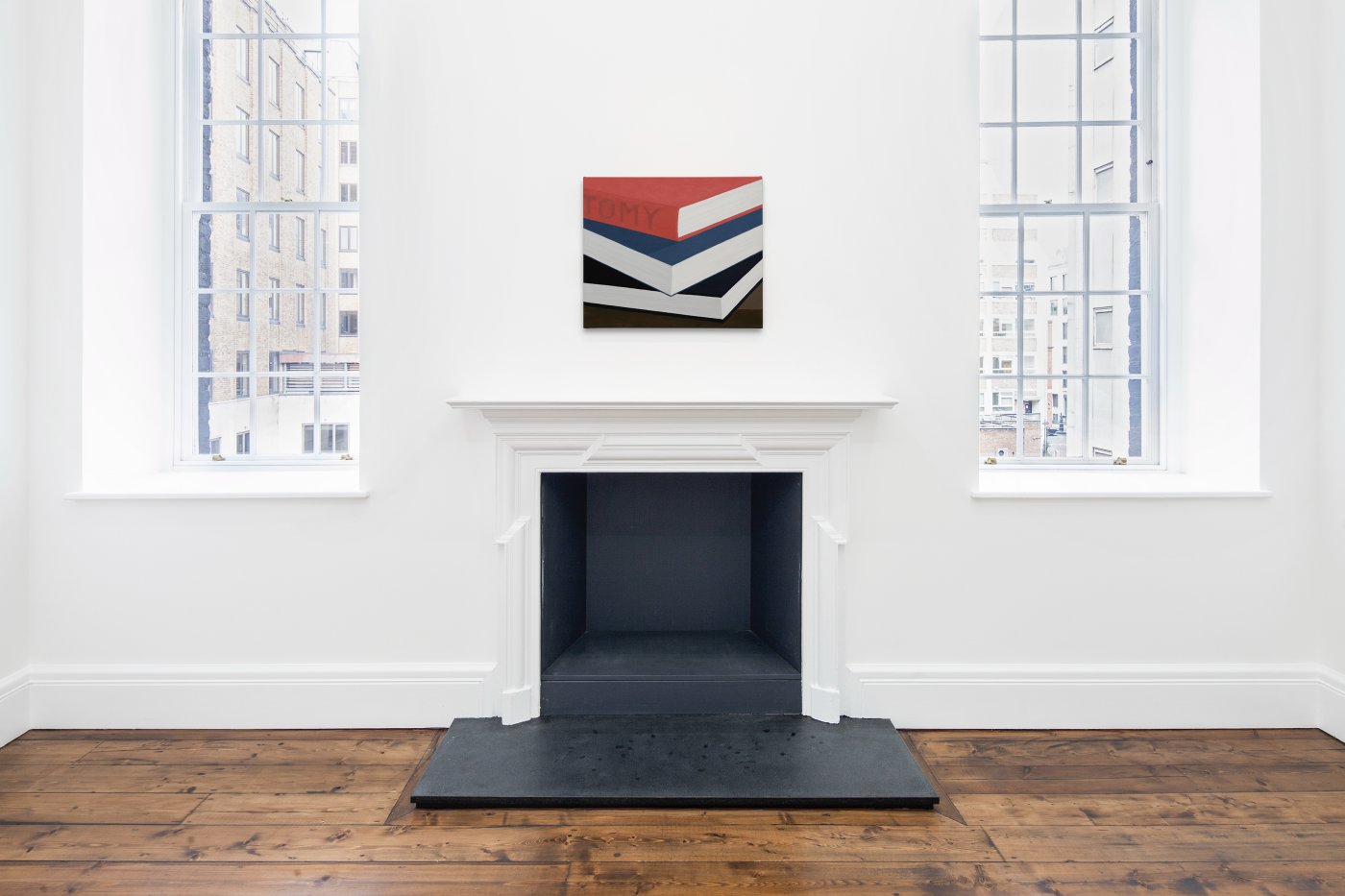 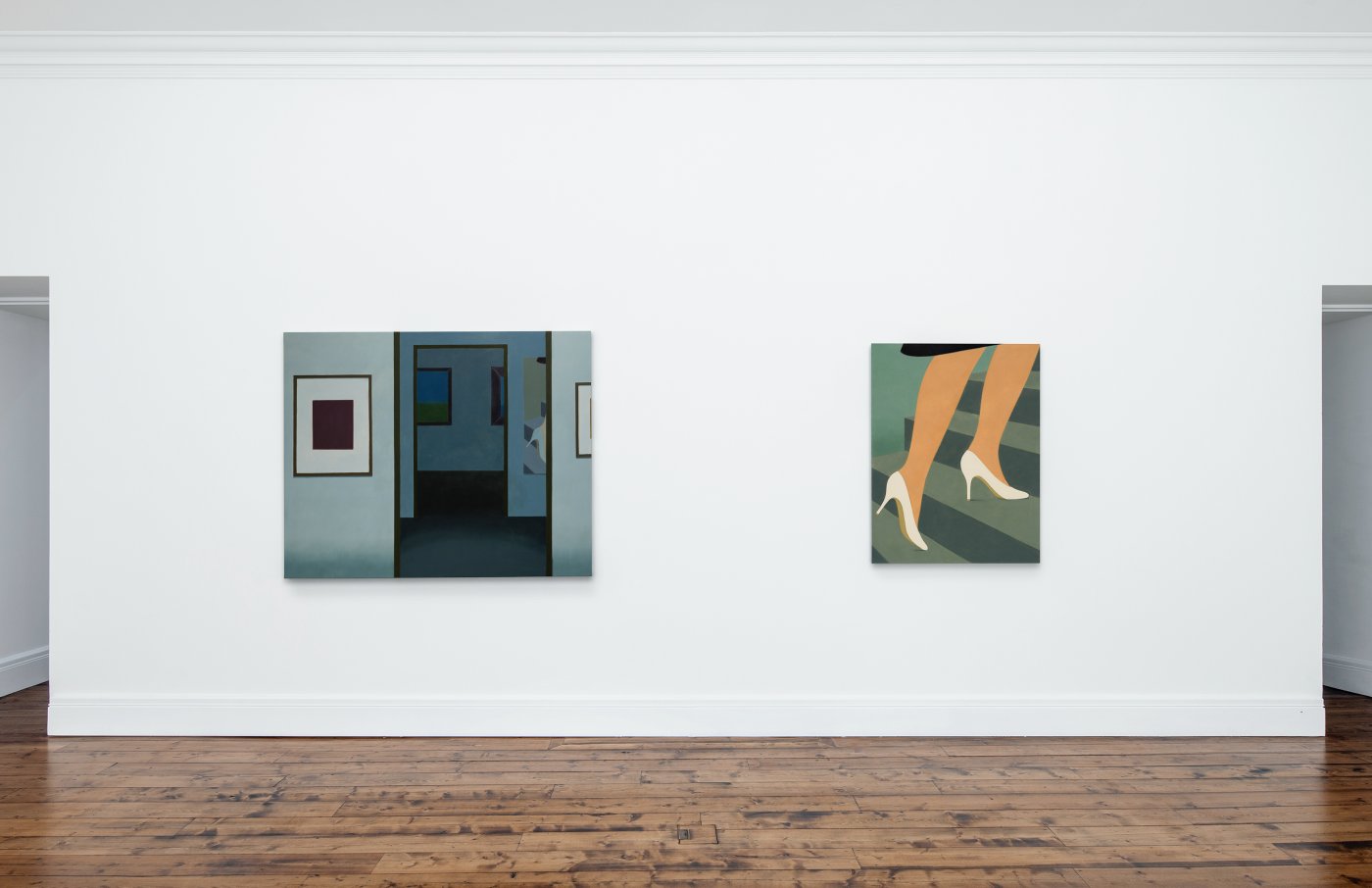 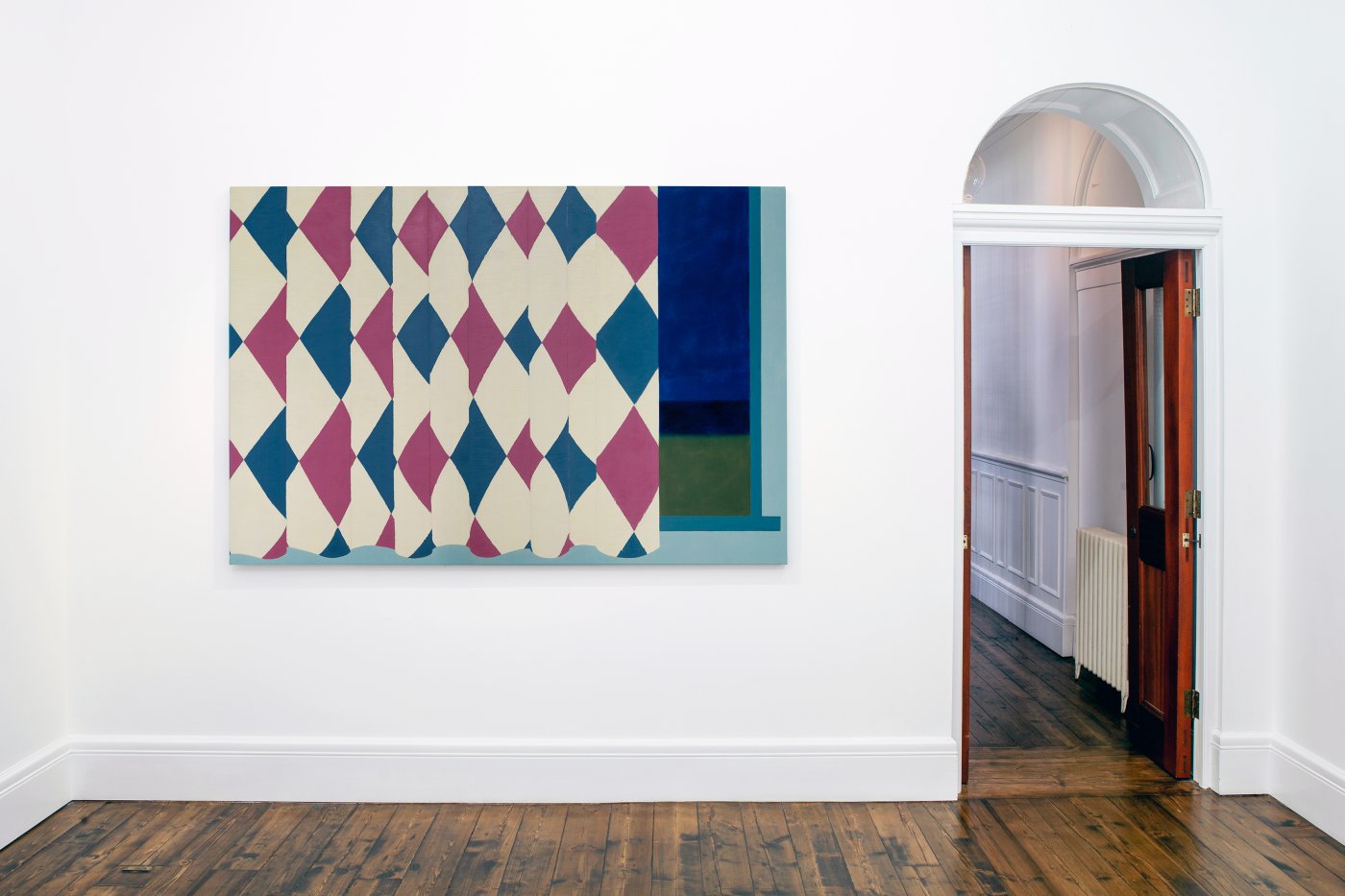 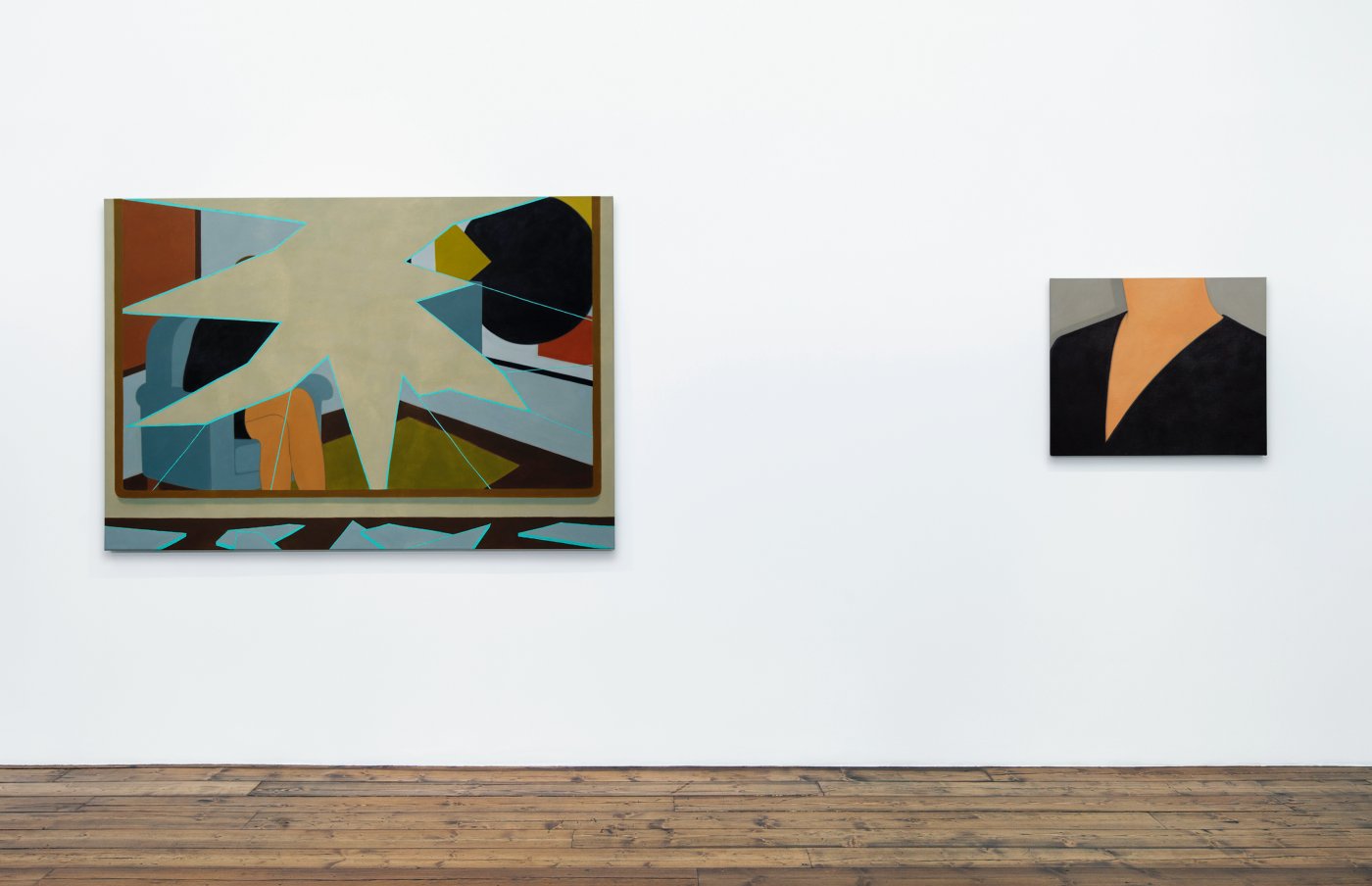 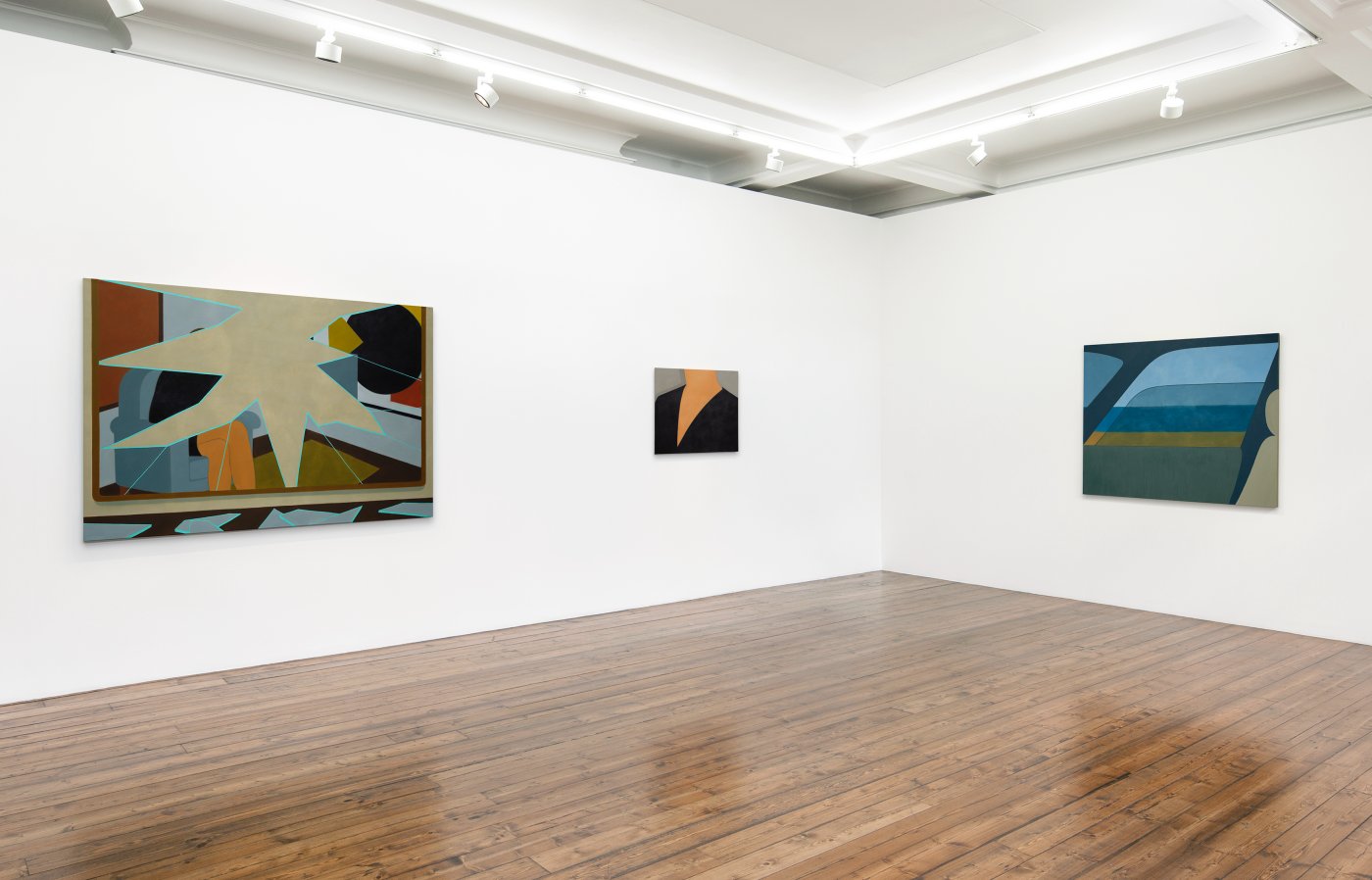 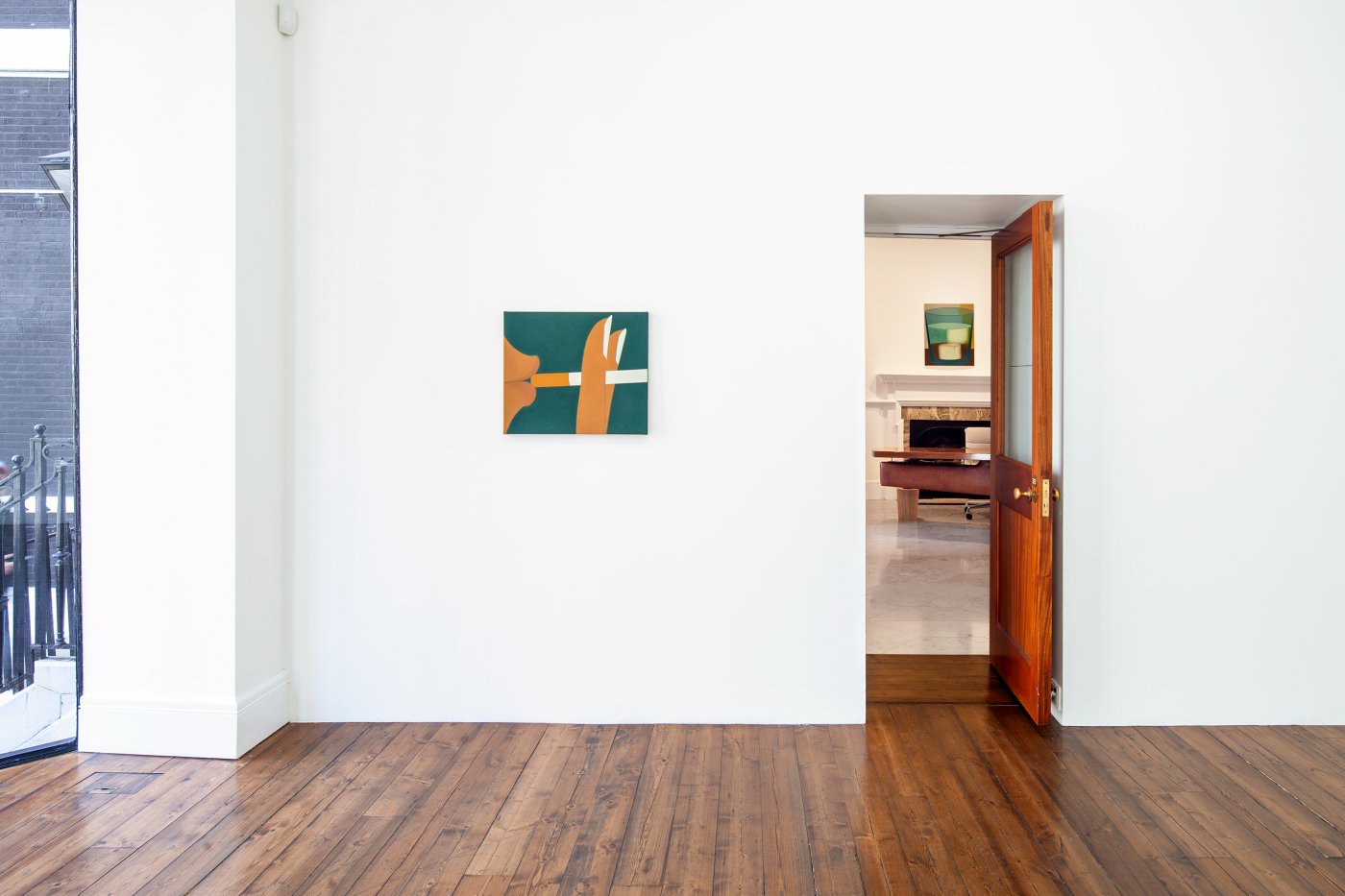 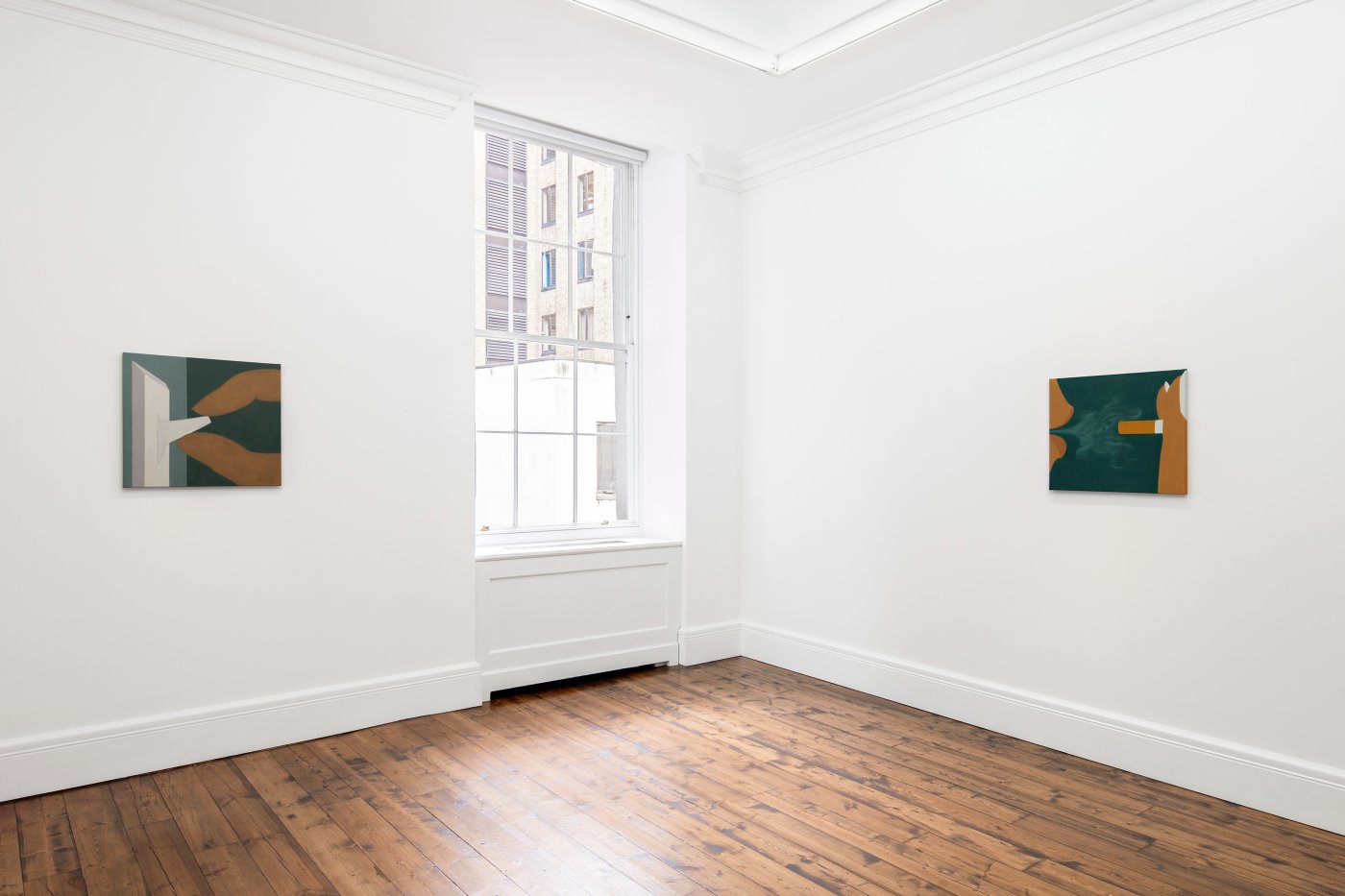 In her practice, she examines the threshold where personal connection and recognition transform paint into image and image into meaning. In that sense, Alftan’s paintings act similarly to words as they form our unconscious mind and frame our perception of the outer and inner world.

Based on a process of observation and deduction, Alftan’s figurative works are constructions of lines, proportions, and flat planes of colors, interspersed with intricate patterns and details. Each visually coherent work is carefully predetermined in a drawing. Her motifs appear mundane; working on making the familiar stand out, she focuses on what we see but might have missed, thus conjuring the space outside the paintings. By evoking the unsettling feeling that something significant is out of sight or effaced, Alftan’s paintings build a certain tension, urging to actively look instead of passively see.

Domestic settings, such as hallways, stairs, and windows, provide universally recognizable backgrounds against which the artist imposes her subtle visual twists. Some of her works seem to zoom in, like the close-up of a pile of books of which parts of the title are cut off in Anatomy; some show a certain distance like the interior view in Doorway; others are filtered through a window as in the car depicted in Tinted. None of her works feature a full face or body, there are only glimpses and details of people, like a hand in Drawer or legs walking up the stairs in Heels (all 2022). Regardless of what is shown, Alftan ensures to include just enough visual clues for the viewer to reflect on the seemingly missing pieces, with a certain feeling of unease. Her intention to explore what happens in the deliberate spaces between and outside the paintings is particularly evident in her Déjà-vu works, consisting of two parts. For example, in the first frame of Smoking (Déjà-vu) (2022), a woman holds a cigarette in a manicured hand to her mouth and inhales; in the second, she exhales smoke. Although conceptually, temporally, and visually linked, the two works are not presented side by side and so adhere each to their own context – resulting in the intuitive impulse to place and reconnect them in mind.

In their composure and precision of the framing, the works are often reminiscent of movie stills or isolated moments in a narrative, however, the scenes and objects have no obvious context and their meaning remains a mystery. They rather trigger the human need to make sense of things and to establish connections. This is also reflected in the exhibition title Contour which refers to the visible shape of things, an outline representing or bounding the form of something. In her works, Alftan shifts the perspective from what the paintings represent to how they are, thus detaching them from the tangible world.