To mark what would have been Helmut Newton’s 100th birthday on 31 October 2020, Hamiltons presents an exhibition of exceedingly rare ‘ferrotyped’ prints from the 1970s. Helmut Newton: High Gloss features many of Newton’s most famous photographs including Elsa Peretti, Rue Aubriot and Woman Examining Man. To accompany the exhibition and celebrate the centenary, Hamiltons is publishing a limited-edition book with illustrations of each photograph, with an essay by Newton’s personal friend and renowned photography specialist Philippe Garner, and a second essay by Vasilios Zatse of The Irving Penn Foundation. 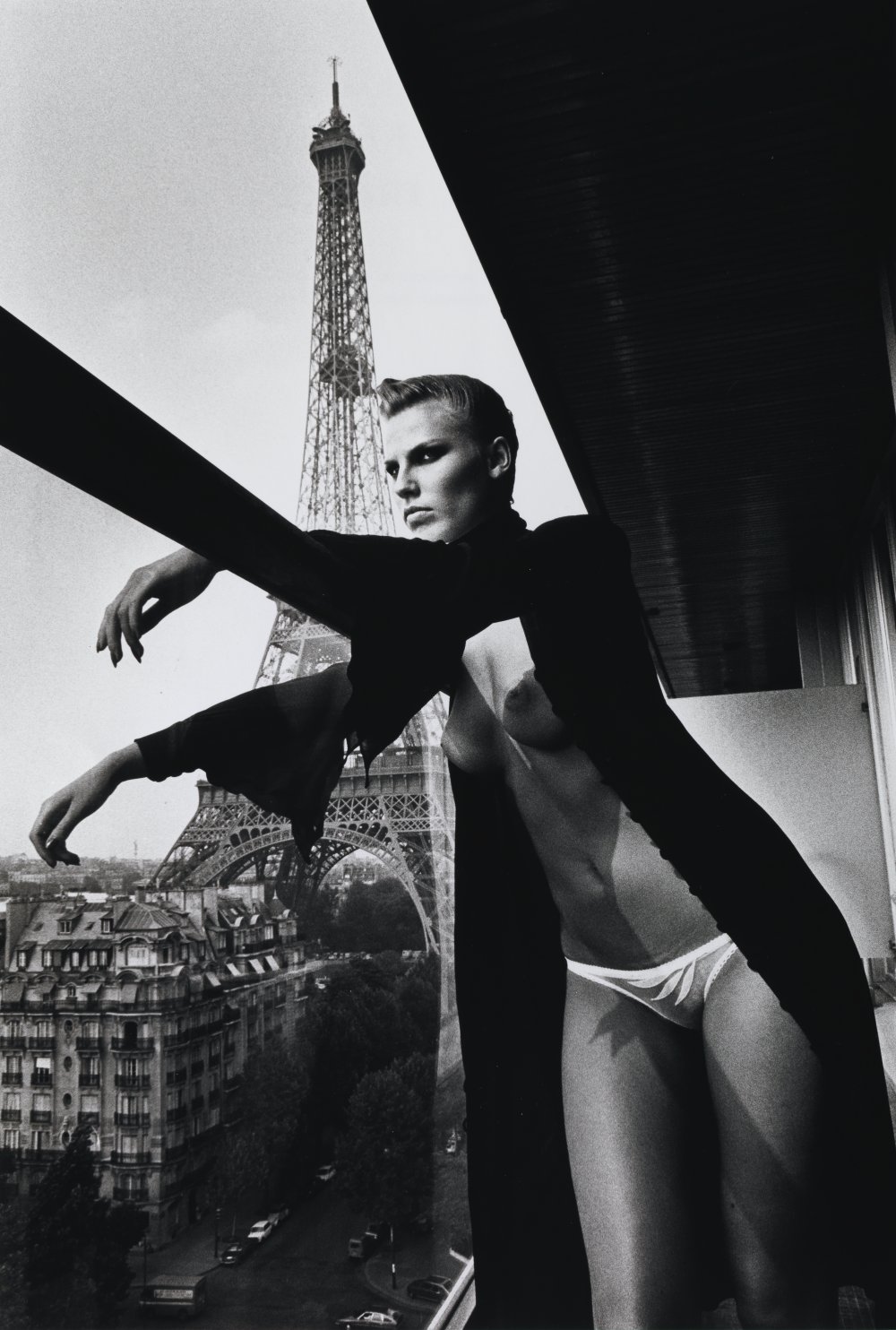 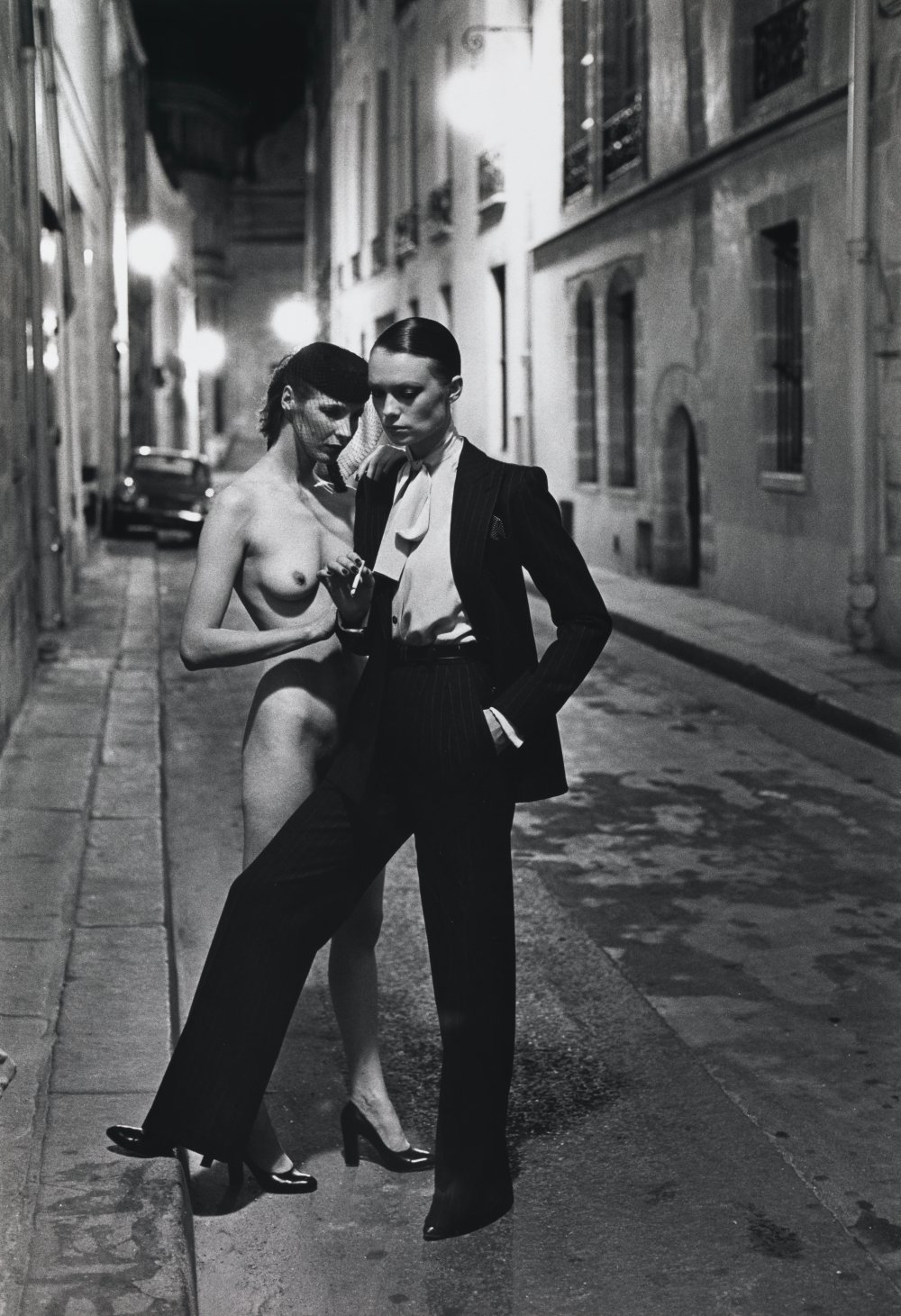 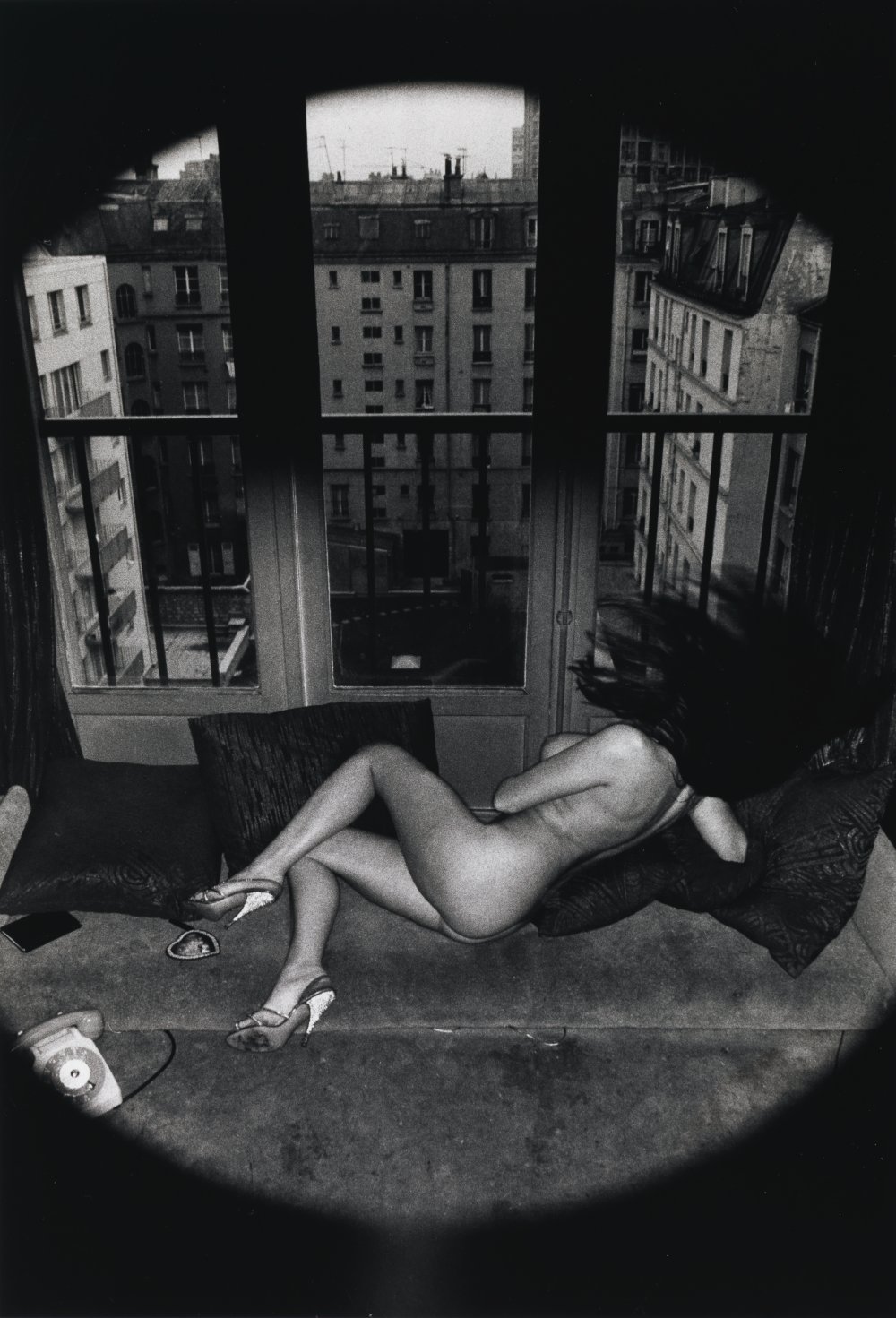 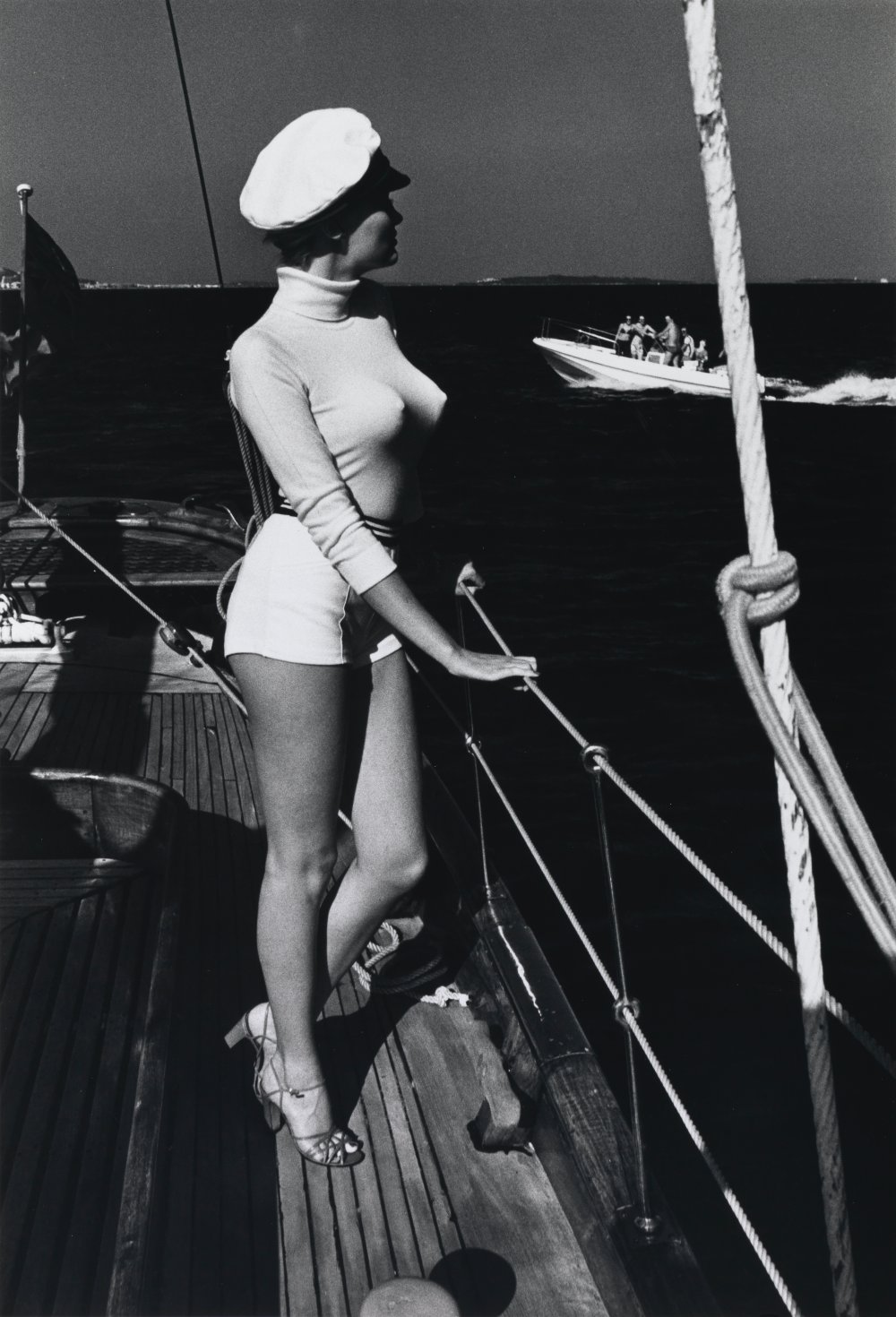 Helmut Newton
Winnie on Deck, Off the Coast of Cannes, 1975, 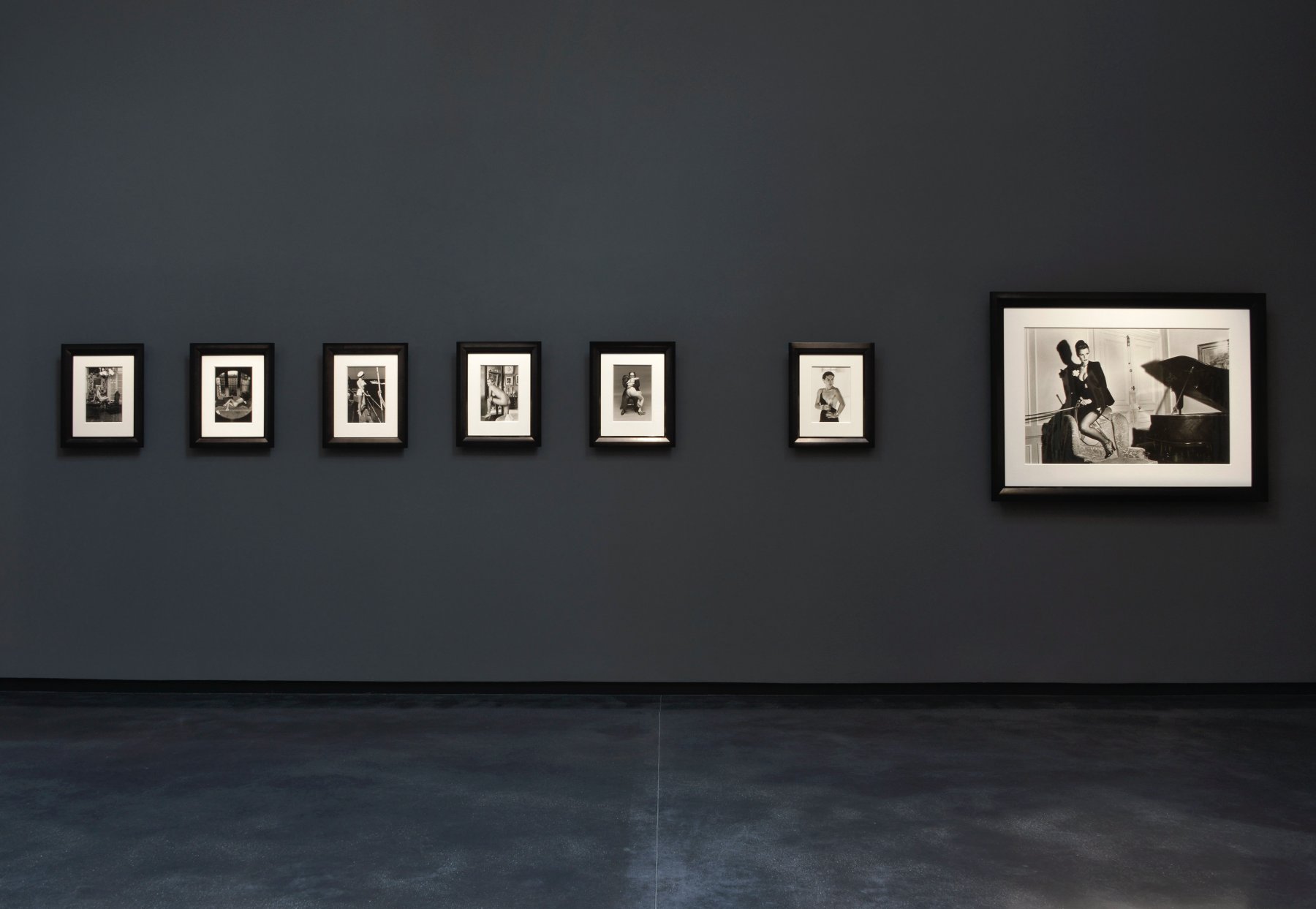 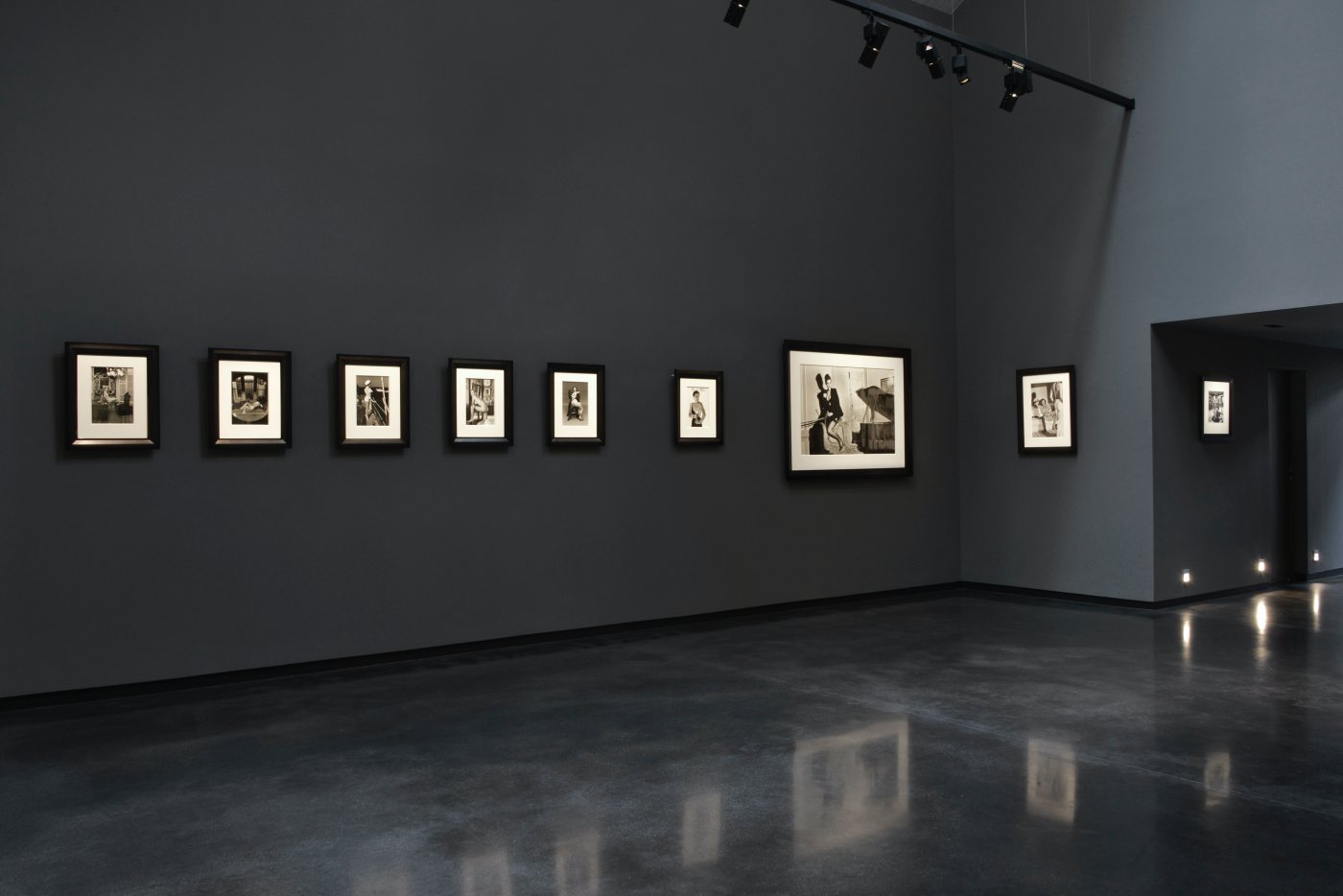 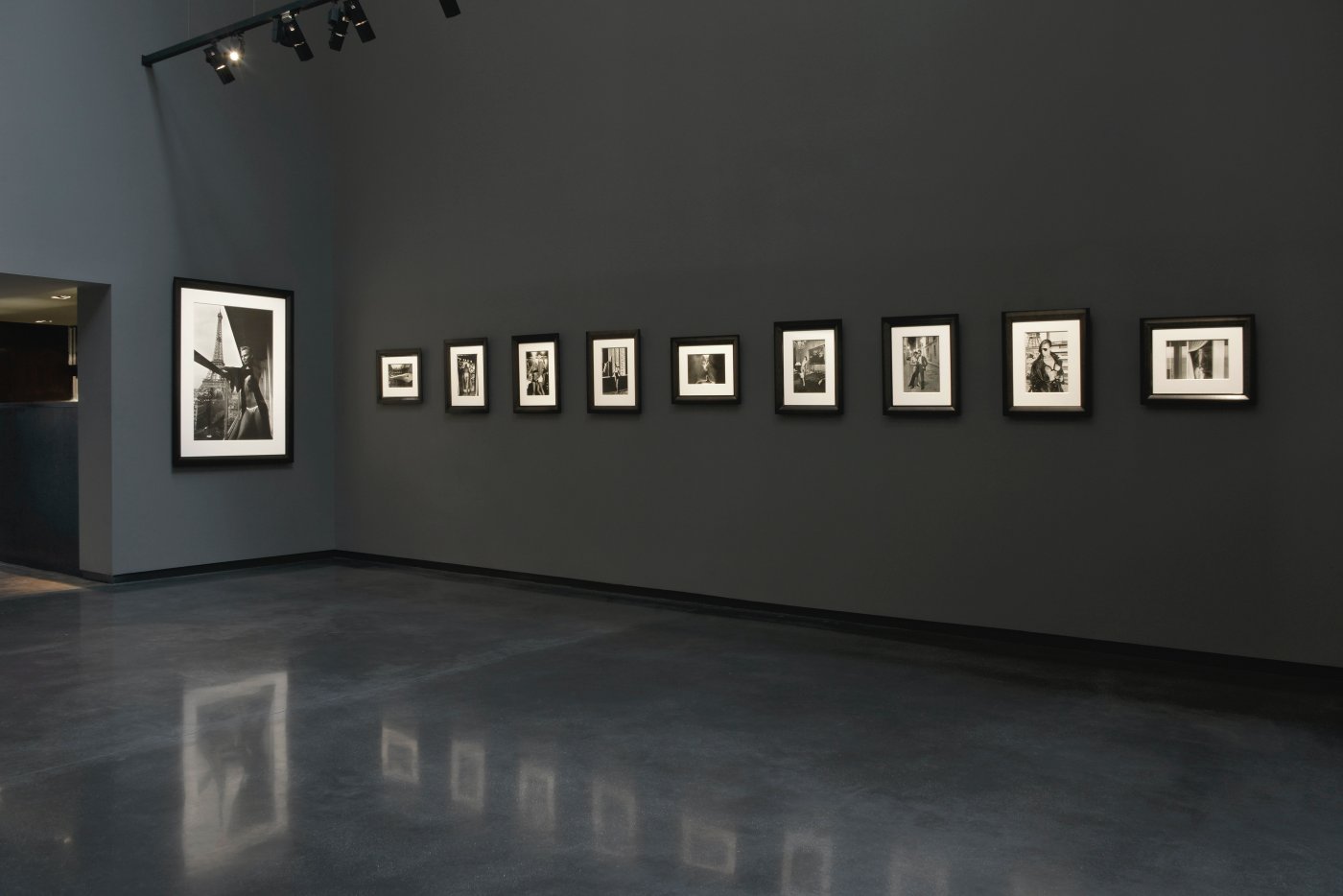 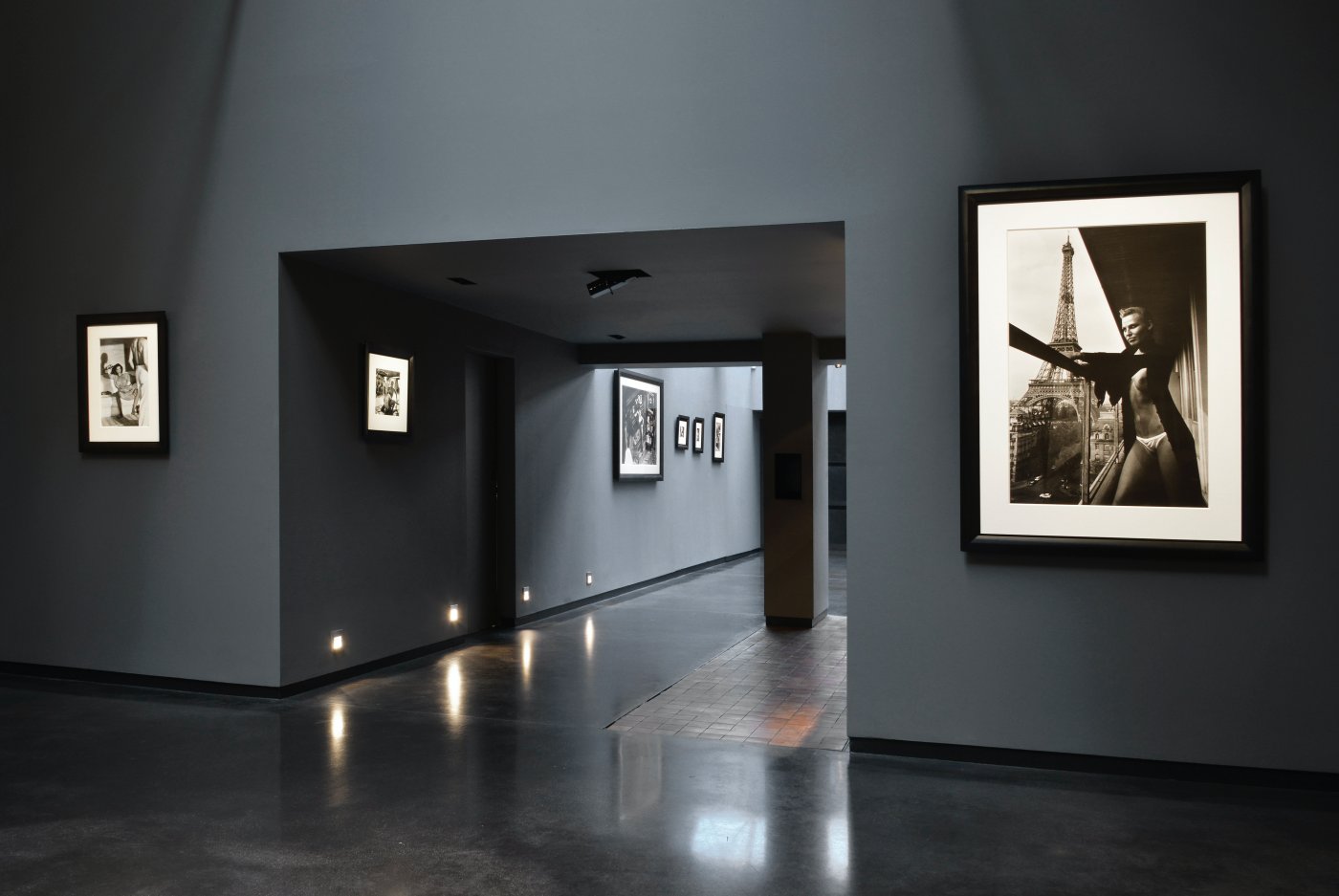 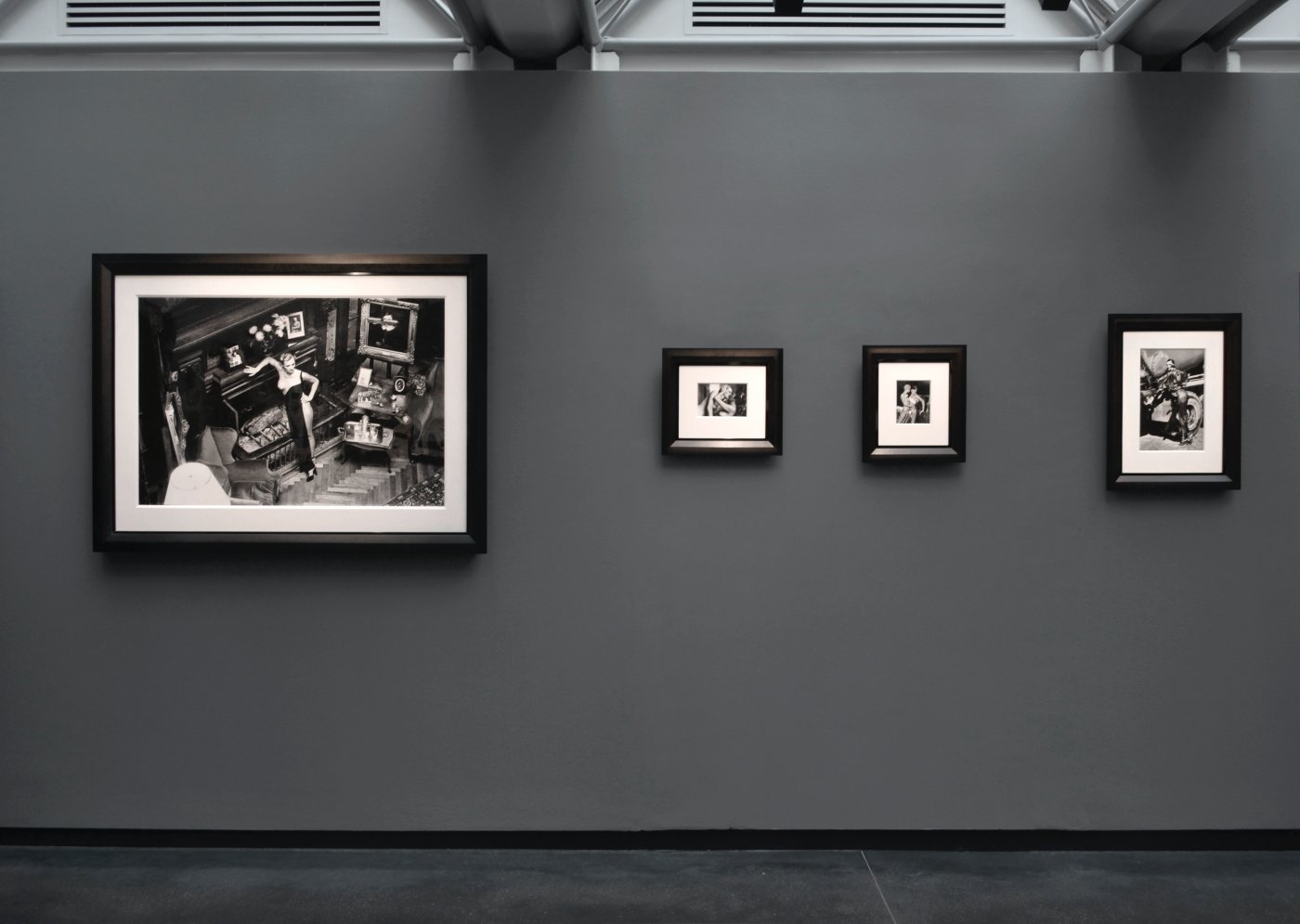 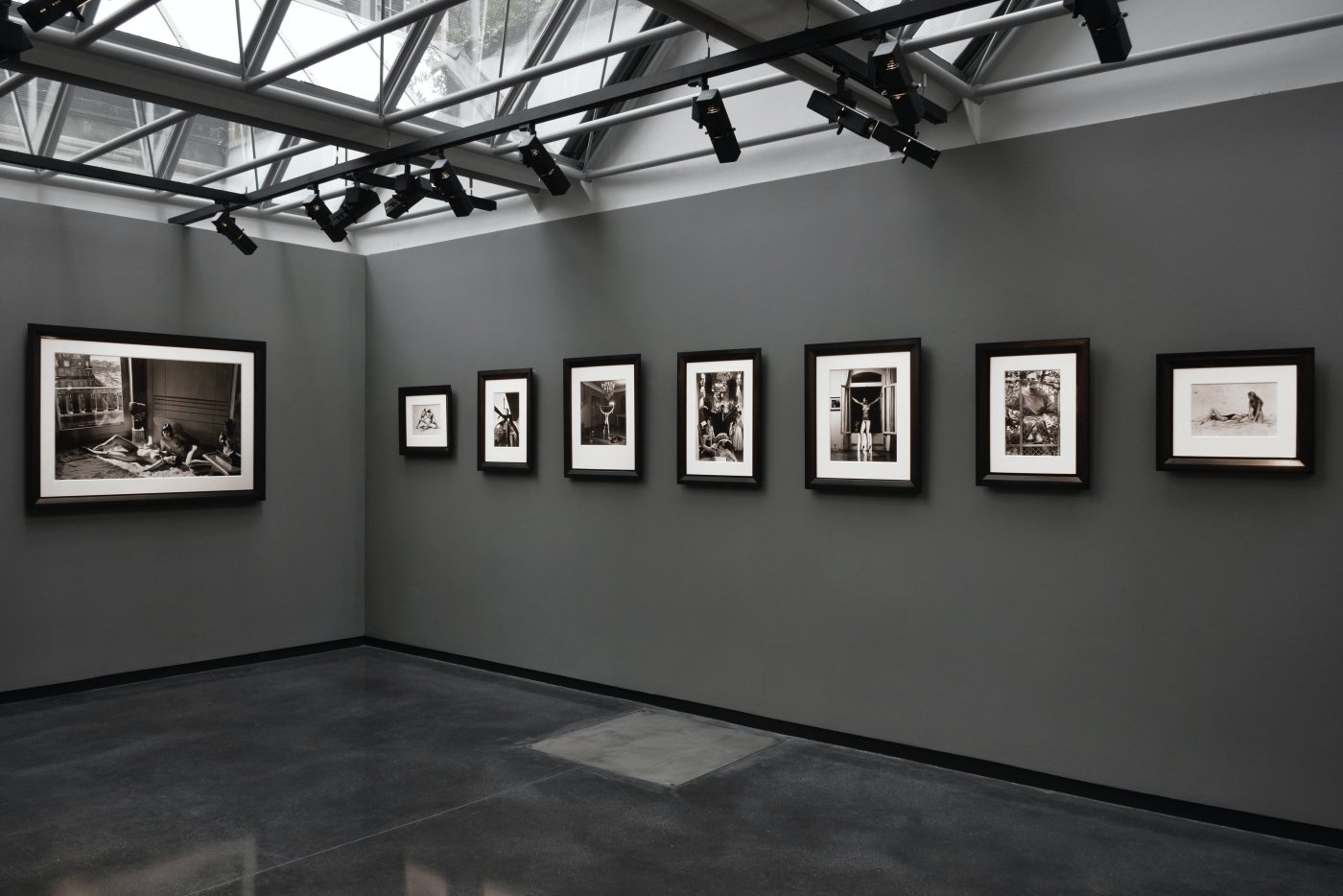 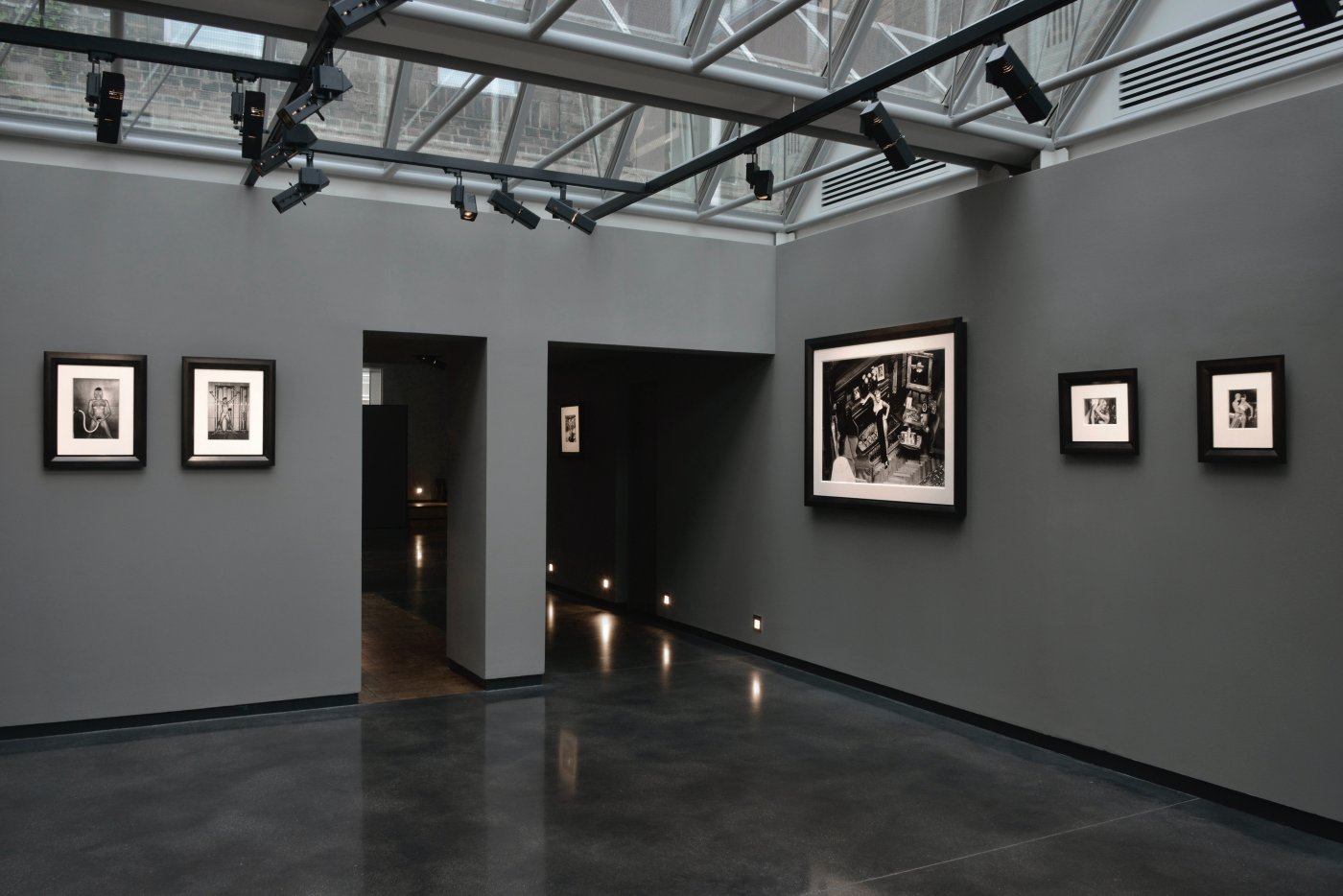 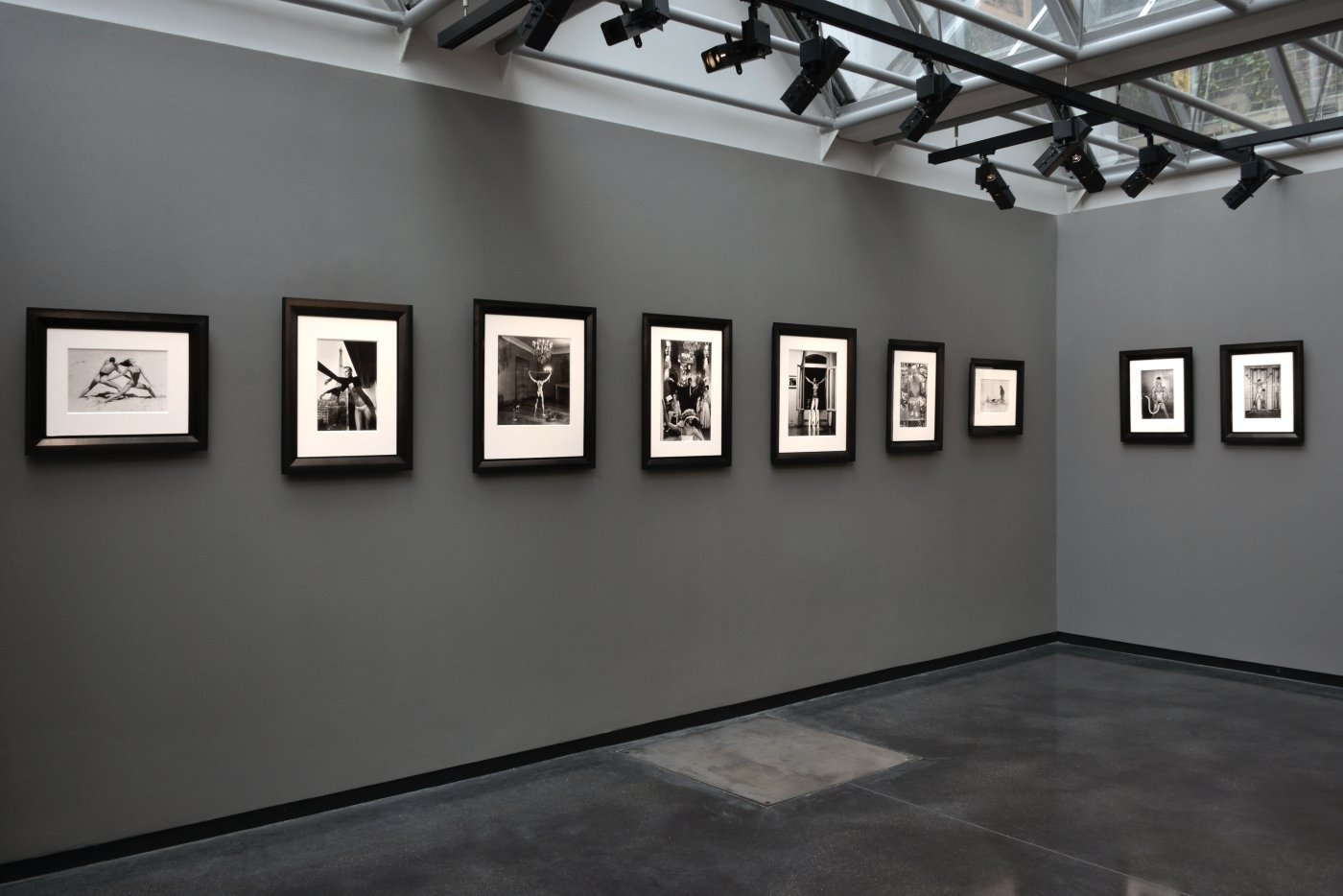 In the 1970s, Newton made a small quantity of ferrotyped prints before he had developed a collector’s market. These glossy prints were made to imitate the press and book styles of the 1930s when the sleek printing technique was associated with the popular, illustrated magazines of Newton’s youth. Photographers of the period such as Erich Salomon and Brassai also provided inspiration. Making these prints was technically demanding, however when the process succeeded, each print achieved the glamourous qualities of a high-gloss magazine page. Philippe Garner says that “Helmut valued ferrotyped prints both for their immediate physical quality that so matched the hard, cool chic of his images and for the significant historical associations they carried for him”.

Helmut Newton is now regarded as one of the masters of late twentieth century photography. Anna Wintour once described his work as “synonymous with Vogue at its most glamorous and mythic.” His vision changed the look of photography and has been much admired and imitated today in contemporary fashion and portrait photography.

Newton challenged society’s perception of female desire, portraying powerful women commanding their environment. He viewed the protagonists in his pictures as triumphant and liberated, the nude female body a symbol of a woman’s strength and control. With the encouragement of his wife, June, Newton pursued themes of voyeurism, lesbianism and fetishism in his work, at a time of gender and sexual liberation.

“He visualized women who take the lead rather than follow it; women who love and desire whenever and whomever they like, and whatever way they like; women full of health and vigour, enjoying the resplendence and vitality of their sinewy bodies, bodies over which they themselves have sole command.” – Francoise Marquet, (Helmut Newton: Work, Taschen, 2001)

Born Helmut Neustaedter, in Berlin in 1920, Newton commenced his photographic career aged sixteen with an apprenticeship with photographer ‘Yva’. At eighteen, Newton escaped Nazi Germany on board a ship, arriving in Australia as a refugee. In 1948 Newton married June Brunell, a fellow photographer who successfully shot under the pseudonym Alice Springs and remained his collaborator and wife for 55 years. After opening a small photo studio in Melbourne, Newton moved to Paris in the 1960s. There he began his work as a fashion photographer, with his pictures appearing in many magazines, most notably Vogue. Portraits of celebrities became an important aspect of Newton’s work and many of these photographs were published in Vanity Fair during the 1980s. Over the next twenty-five years he published a series of books and held numerous exhibitions, most importantly a career retrospective at the Neue National Galerie in Berlin on the occasion of his eightieth birthday in 2000, accompanied by the book Work. Shortly before his death in 2004, Helmut Newton established a Foundation in Berlin, Germany, and donated approximately one thousand of his works to his native city. Hamiltons has represented Helmut Newton, and later his Foundation, for over three decades.

“Helmut had lived through the Nazi burning of books in his native Berlin in May 1933 and its terrible aftermath, and he became a determined though not overtly political champion of the principles of freedom of expression and a free press.” – Philippe Garner (Helmut Newton: Ferrotyped Prints, Hamiltons Gallery, 2020)