Helena Blomqvist: On the Ending of Species

Helena Blomqvist: On the Ending of Species

Yrjönkatu 22, 00120 Helena Blomqvist: On the Ending of Species 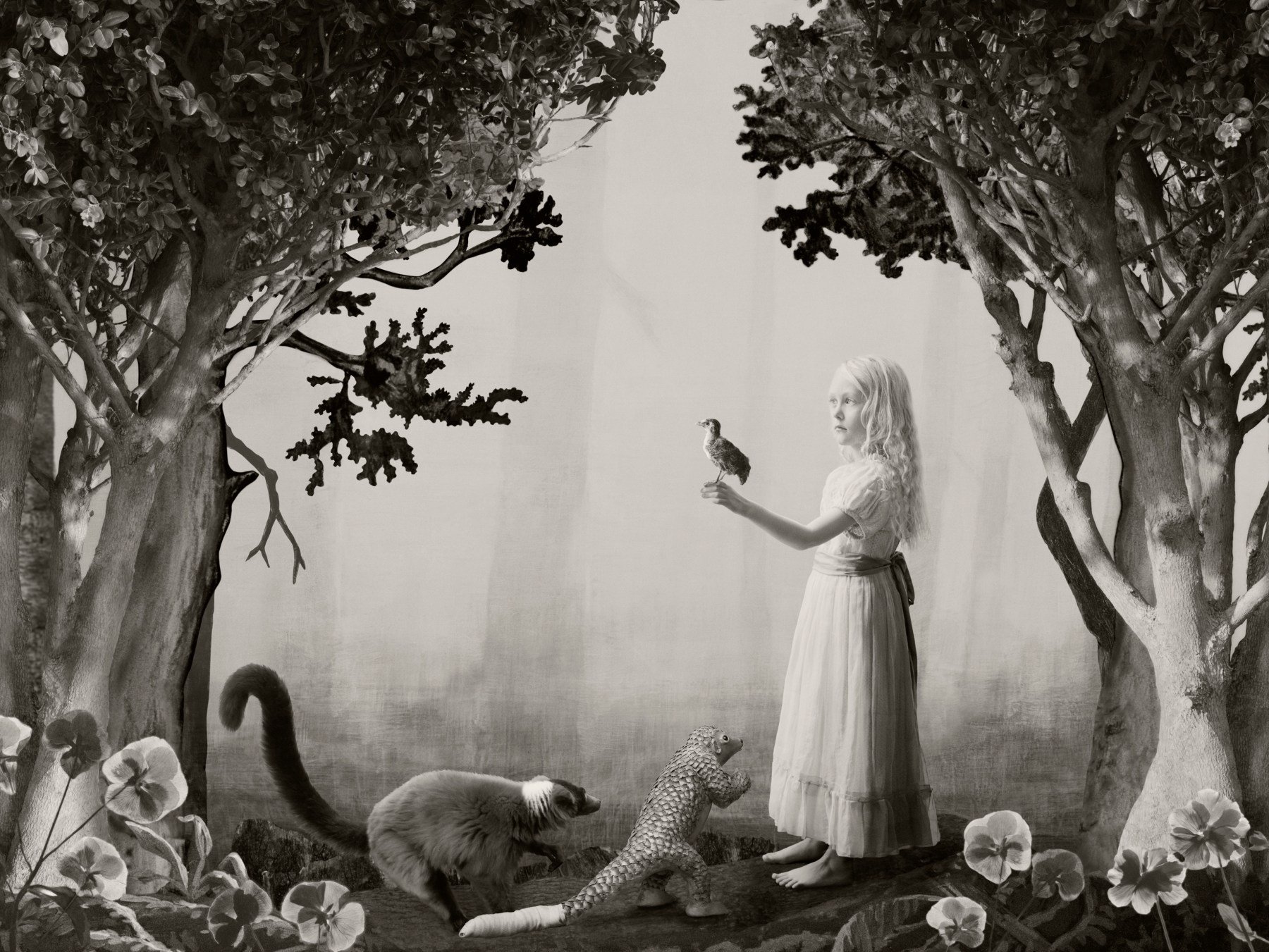 An endling is the last known individual of a species or subspecies. Once the endling dies, the species becomes extinct, and extinction is forever.

On the Ending of Species is a photographic series portraying slow, meditative states, animals quietly observing the plight of the world, and upheavals wreaked by humanity during the Anthropocene. Each image is part of a larger narrative in which endangered species are the main protagonists. Humans have always longed for escape to another, elevated world in the afterlife. The photographs are poetic visualizations of transitions to the afterlife, or portals to a better place, whether the happy hunting grounds, a rainbow bridge, the eternal fields, and the search for where paradise might be located geographically. Surely the Animals sense the same longing. In the photographs, a small group of animals roam the earth, lamenting its fire-ravaged and parched places.

The photographs are a requiem to the great disappearance of the world’s animals, culminating in the image of a graveyard of extinct and endangered species. In the photographs of the diving human-like frogs, the origin of marine life is linked to its impending collapse. Universal human symbolism is also present in the works, such as the anxious pangoline wandering around with a black cloud hanging over head, or the chimpanzee tethered to its small wheelchair.

I work intuitively, striving to capture the contemporary zeitgeist. I build my worlds by hand, piece by piece for my photographs, paying meticulous attention to fine detail. My art often deals with themes such as the environmental crisis, memories, dreams, feelings of alienation and the relentless passage of time.

Helena Blomqvist (b. 1975) studied at the School of Photography and Film (MFA) in Gothenburg. She lives and work in Stockholm, Sweden. Her work has featured in numerous solo exhibitions at venues including Vida Museum & Artgallery in Halltorp, Bror Hjorts Museum in Uppsala, Linköpings Konsthall, Fotografiska in Stockholm, the Swedish Embassy in Berlin and the Living Art Museum Nylo in Reykjavik. Her work is represented in many collections including the Moderna Museet in Stockholm, Karolinska University Hospital in Stockholm, Hasselblad Foundation in Gothenburg, and Borås Art Museumin Sweden.