Draw in and on the entire surface of it, color it in part, and make it a kind of sea.
—Helen Frankenthaler

Gagosian presents an exhibition of paintings by Helen Frankenthaler in Rome, coinciding with an exhibition of her work at the Museo di Palazzo Grimani, Venice, on the occasion of the 58th Venice Biennale. 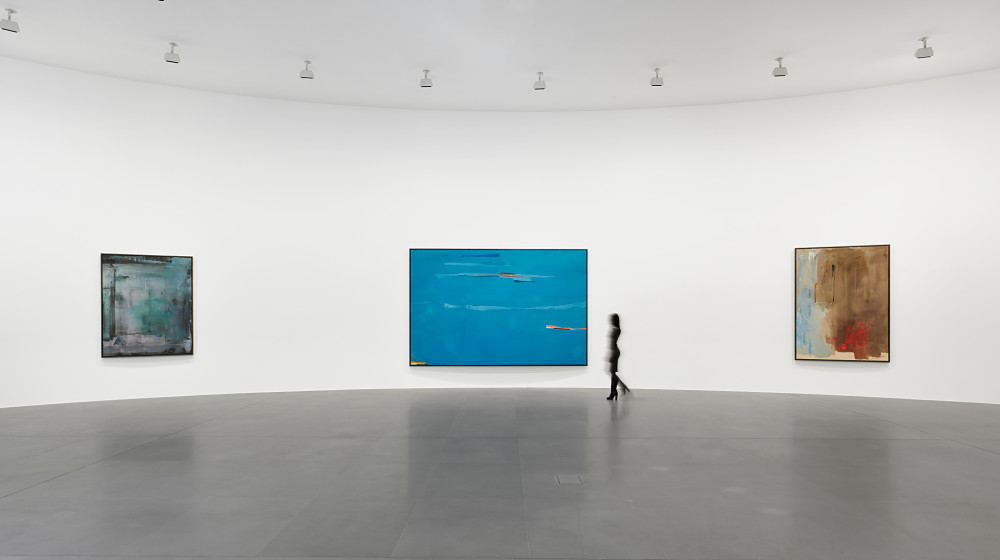 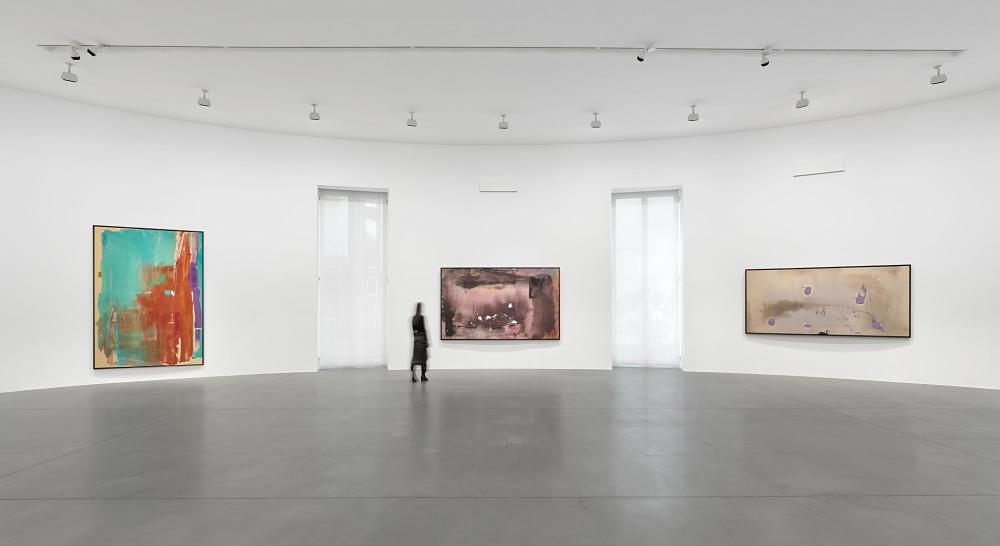 In the summer of 1974, Frankenthaler rented a house at Shippan Point in Stamford, Connecticut, facing the waters of Long Island Sound, marking the beginning of an important period of change for her work. Sea Change comprises eleven canvases that Frankenthaler painted between 1974 and 1983, which reflect her responses to the changing appearance of the wide vistas and moving tides.

One of the earliest canvases, Ocean Drive West #1 (1974), is explicitly oceanic with its floating horizontal bands, seeming to recede across an expanse of transparent blue. In Jupiter (1976) and Reflection (1977), the bands are clustered together and turned to the vertical, appearing to all but dissolve. In both of these paintings, the warm earth colors of the bands contrast with a cool, aqueous blue-green, evoking the meeting of land and water. The large, wide canvases, Tunis II and Dream Walk Red (both 1978), emanate warmth, with densely layered dark red, rose, crimson, sienna, and scarlet. In this period, Frankenthaler talked about “doing more to each picture,” to create something at once more complex and complete.

In Feather (1979), Omen (1980), and Shippan Point: Twilight (1980), colors mix, layer, and fold into each other to produce soft, unnameable hues. The dabs, dots, and dashes of yellow pigment in Omen presaged the ambitiously scaled horizontal canvases that followed, with thick clumps and trails of darker-colored pigment on a lighter atmospheric ground in Sacrifice Decision (1981), or lighter on darker in Eastern Light (1982). With Tumbleweed (1982), Frankenthaler sets this painterly incident onto a solid, mid-toned field of green, which turns it away from the allusion of atmosphere—air and water—onto firmer ground, as acknowledged by the title, and the verdant surface. This, the latest canvas in the exhibition, makes clear that Frankenthaler is no longer thinking of the water and is instead imagining moving over a flat, resistant surface. Its solid green ground is at once the opposite and the outcome of what had begun with the ocean blue monochrome of Ocean Drive West #1. A “kind of sea” was back on land.

Helen Frankenthaler: Sea Change is the fifth exhibition of Frankenthaler’s work presented by Gagosian since 2013. It was organized by John Elderfield, a senior curator at Gagosian. The exhibition will be accompanied by a fully illustrated catalogue with an essay by Elderfield.

Pittura/Panorama: Paintings by Helen Frankenthaler, 1952–1992 will open at Palazzo Grimani, Venice, on May 7 and remain on view until November 17.