Heinz Mack (Lollar, 1931) is a fundamental figure in the art of the second half of the twentieth century: radical and revolutionary artist, active since the fifties in a key of continuous renewal. After the extensive and significant monographic exhibition dedicated to the artist in 2019, in which it was possible to retrace his entire creative process, Cortesi Gallery presents in its Milan headquarters a new exhibition of Mack, that in this occasion mainly focuses on the works of the last ten years of his activity. 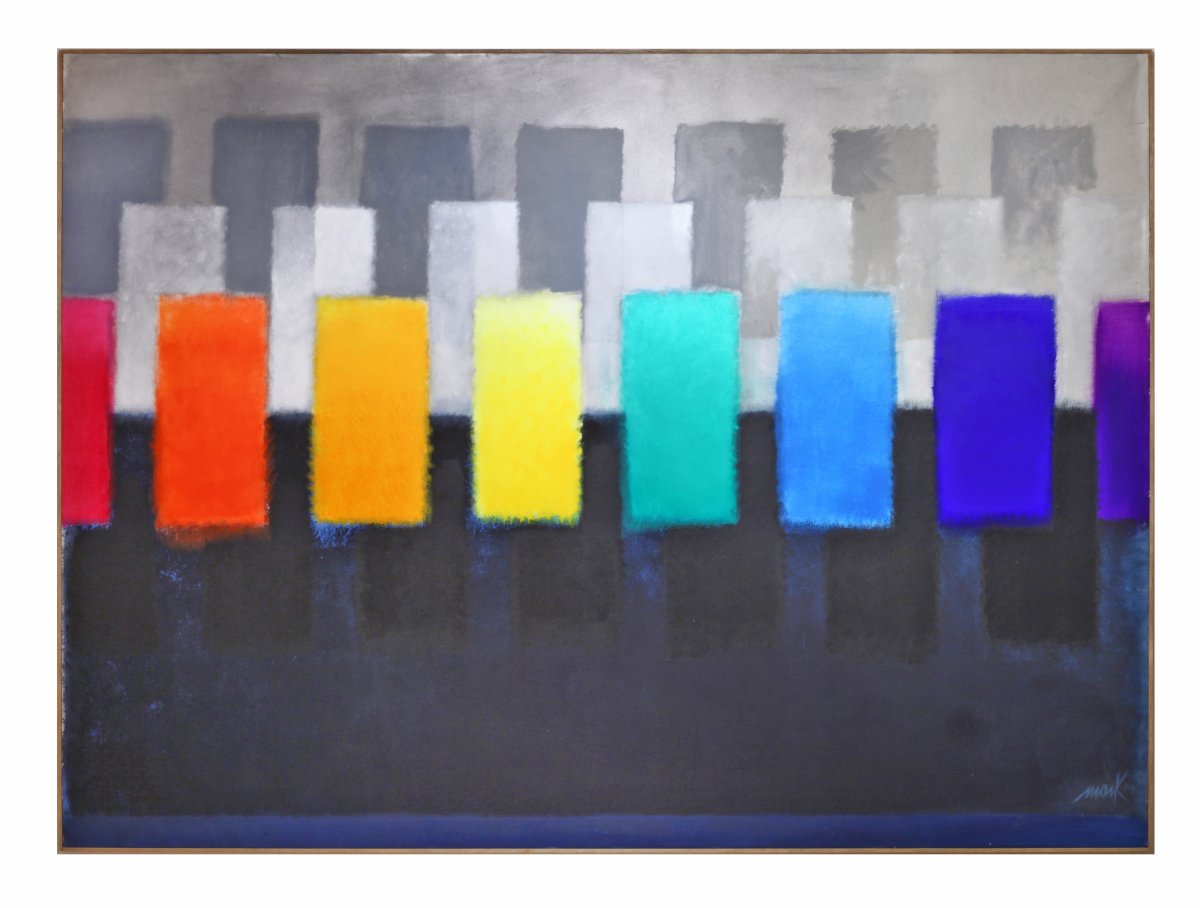 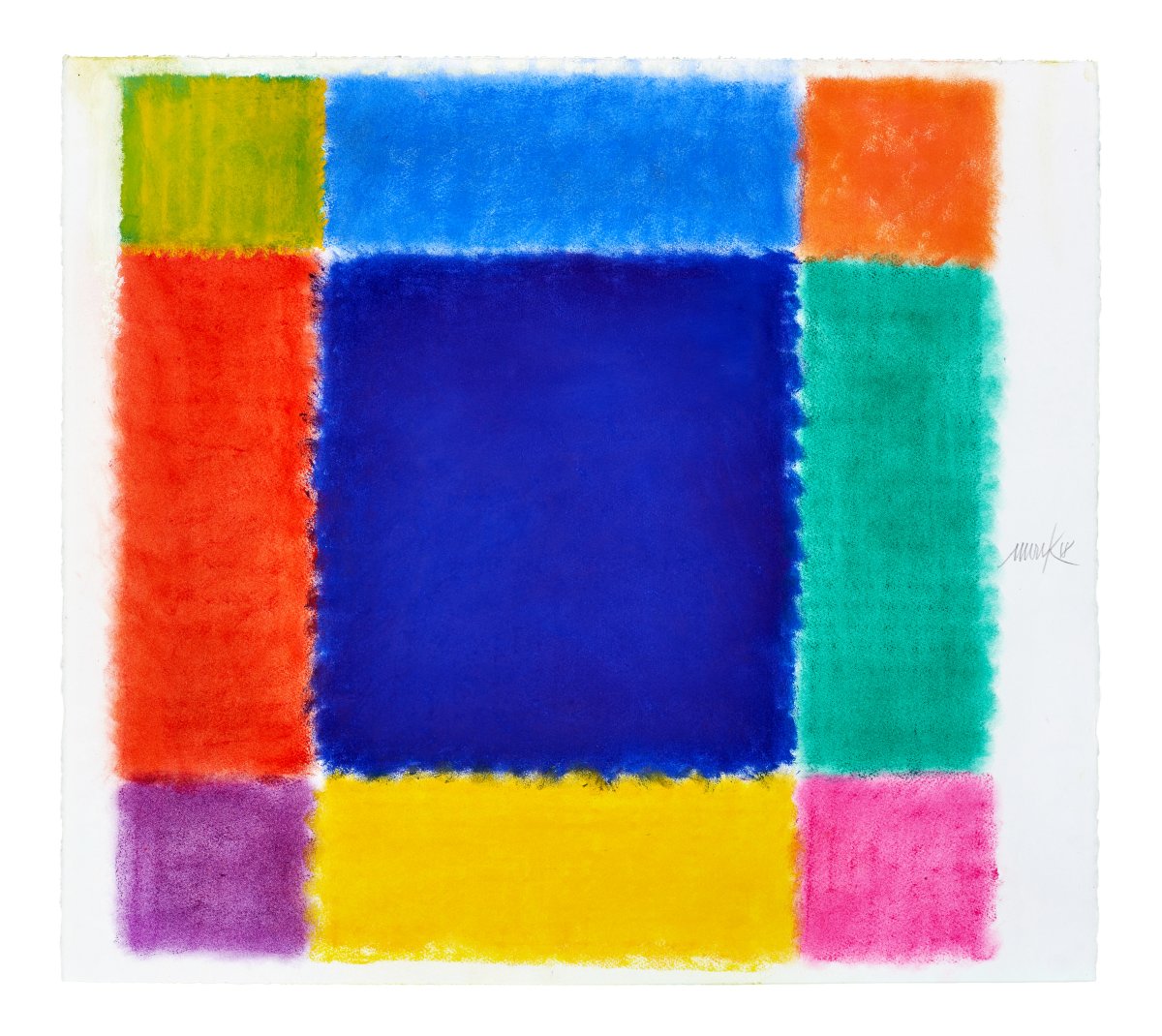 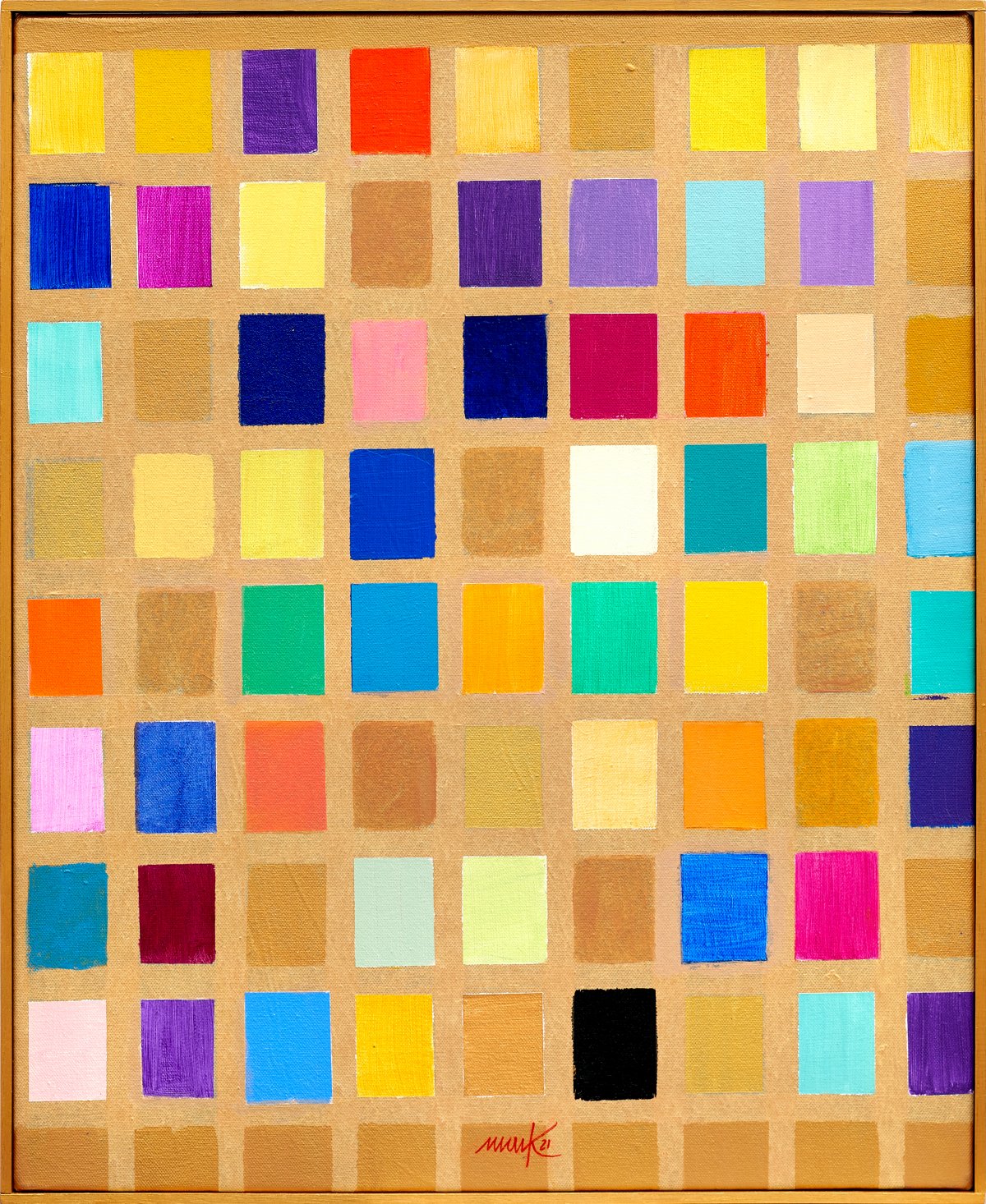 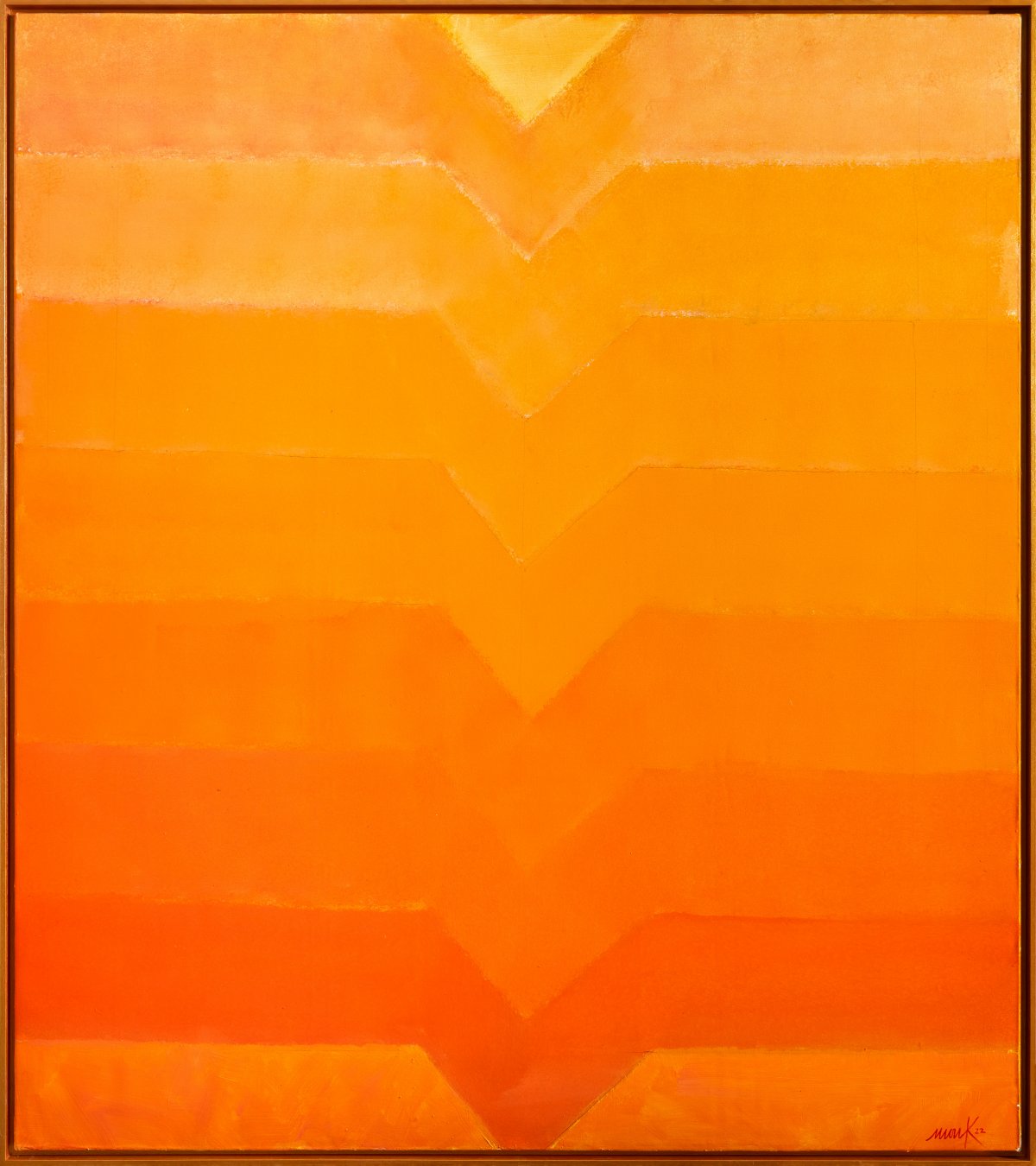 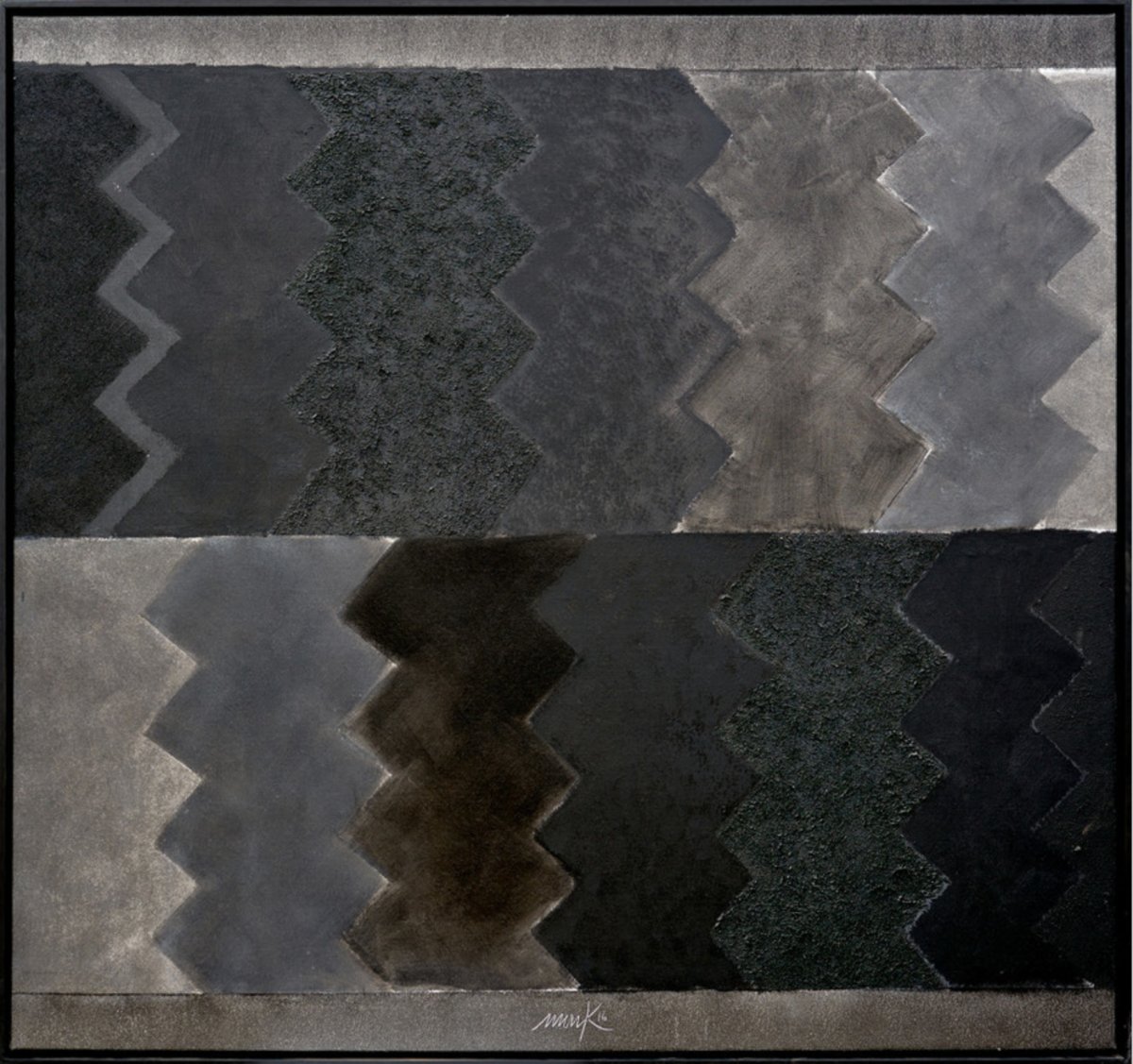 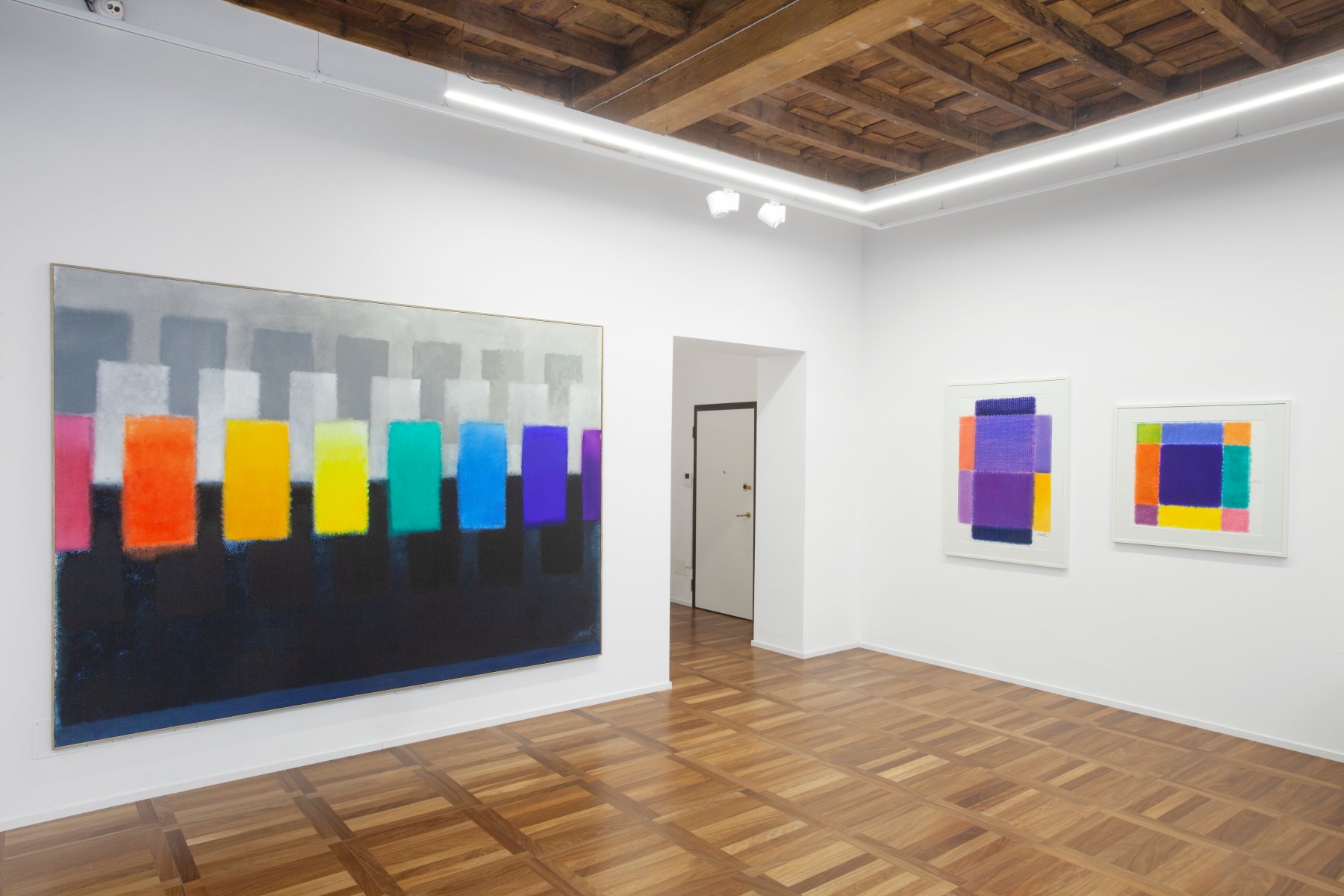 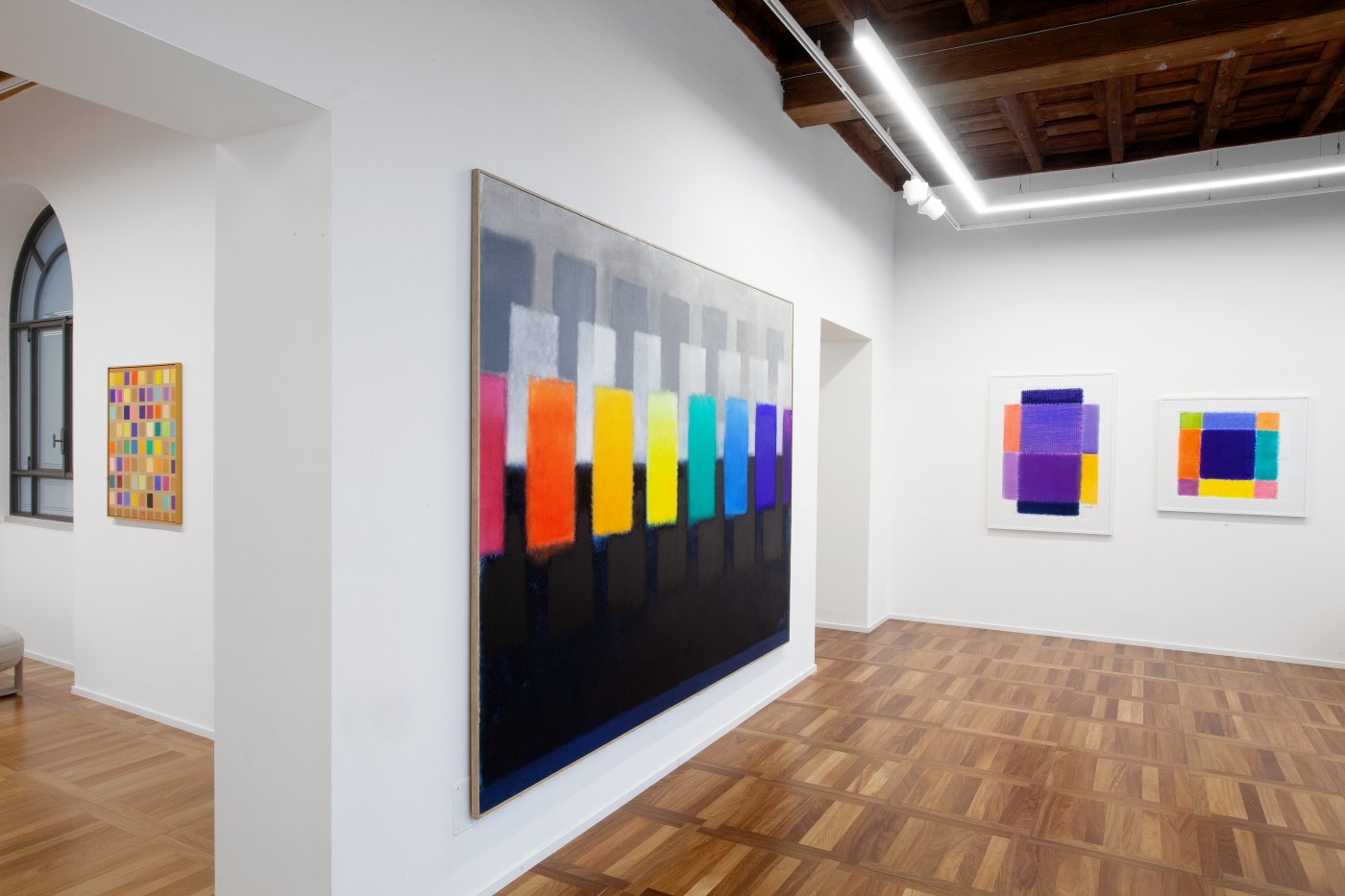 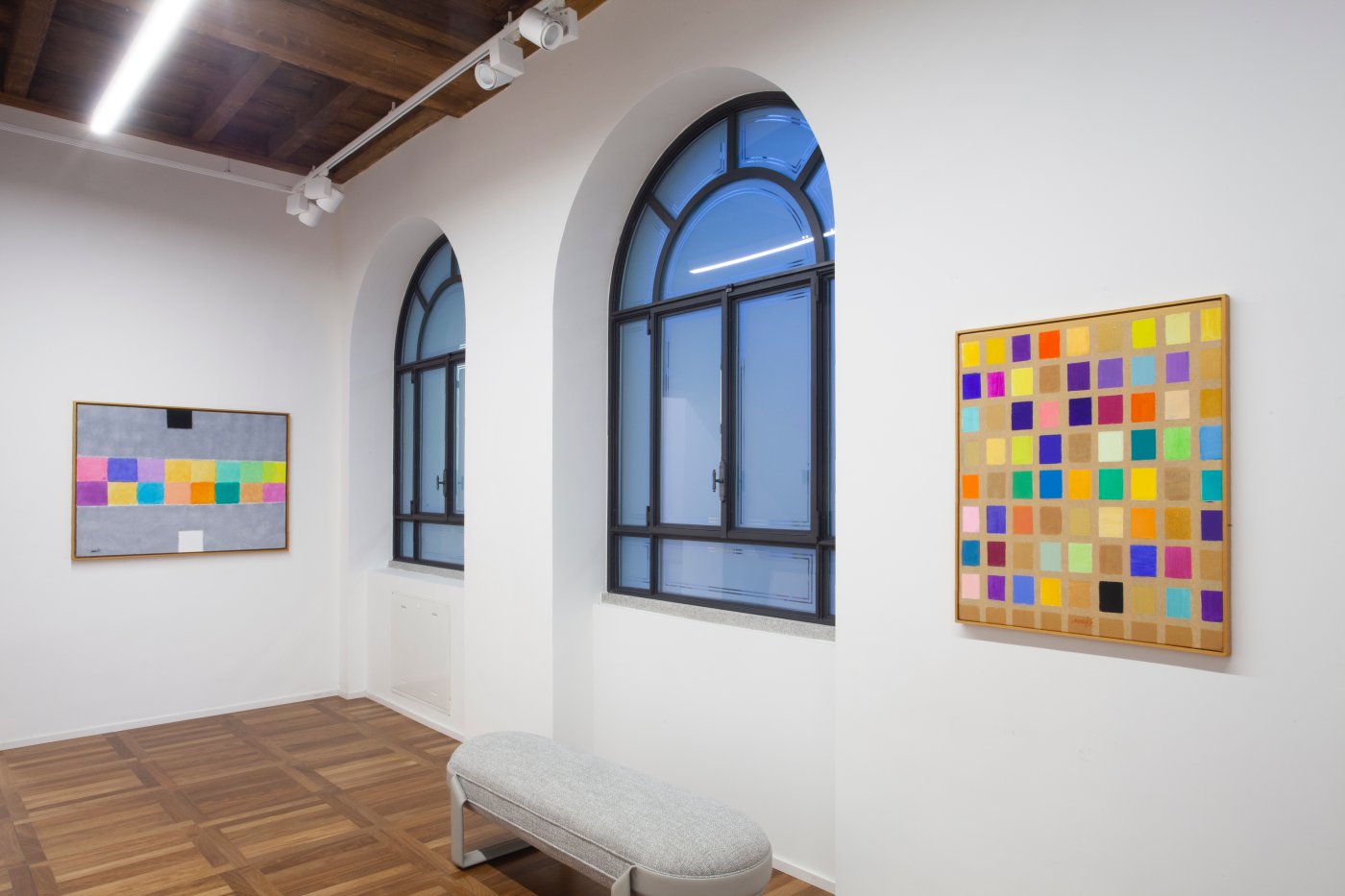 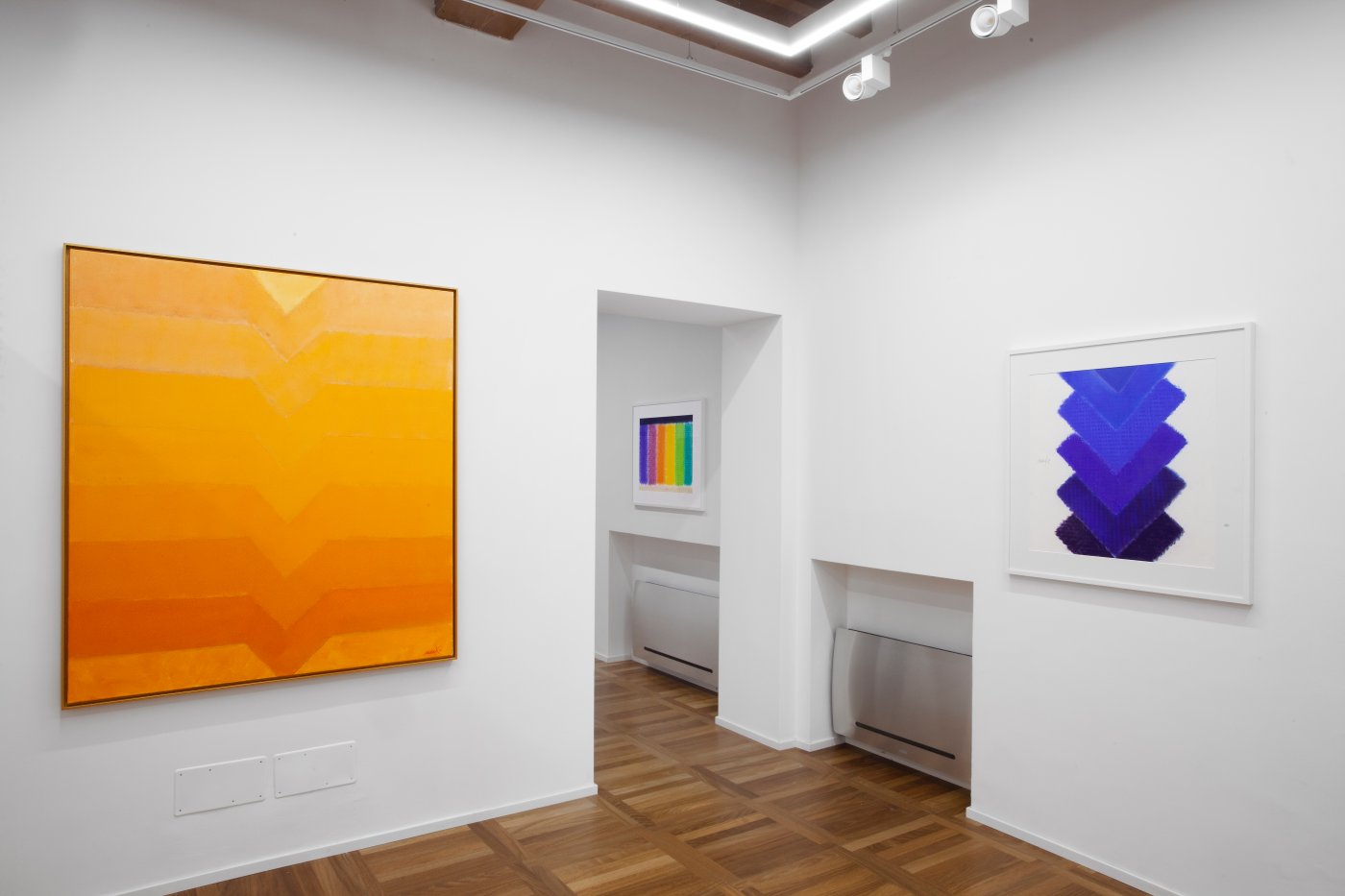 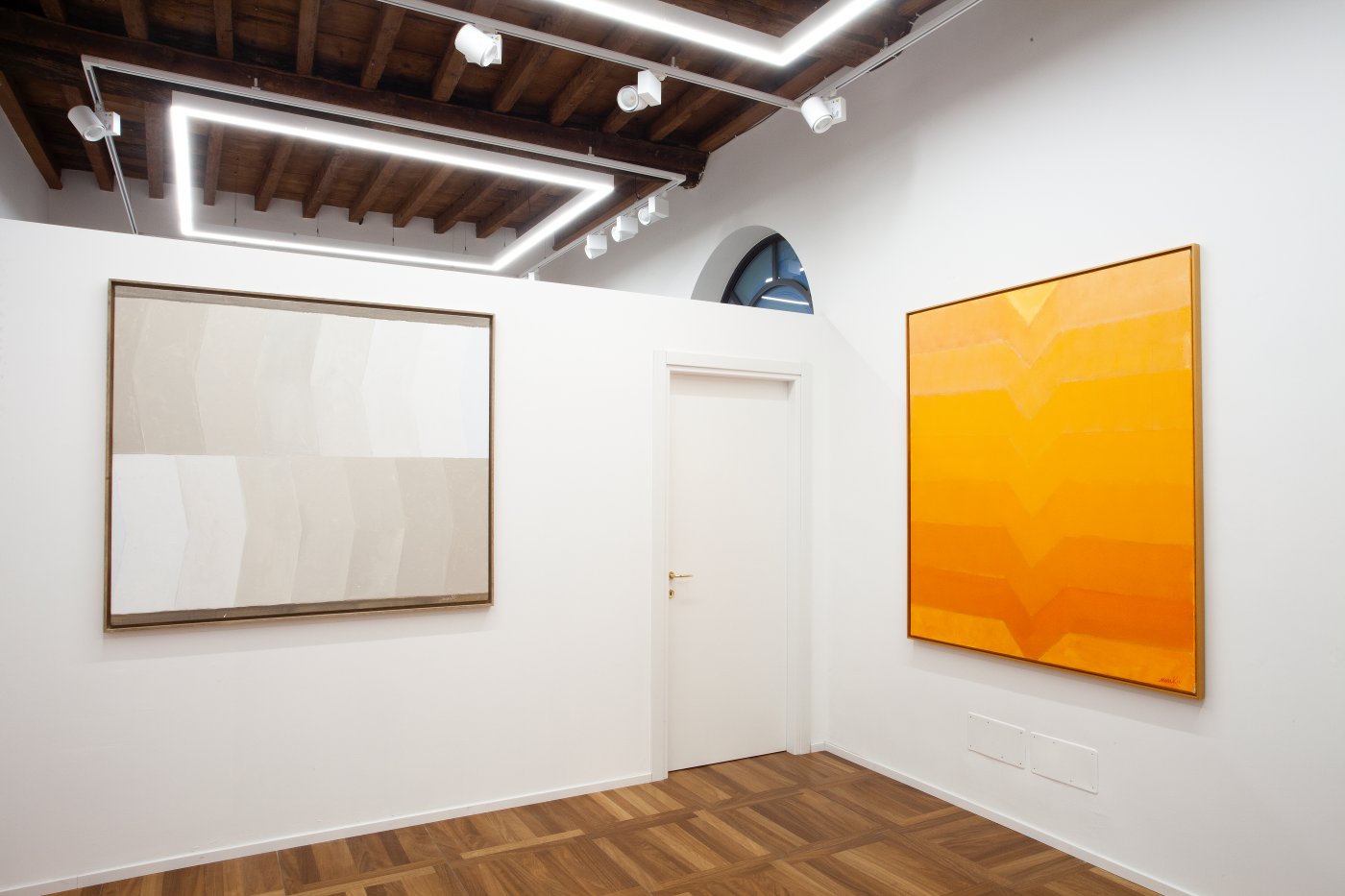 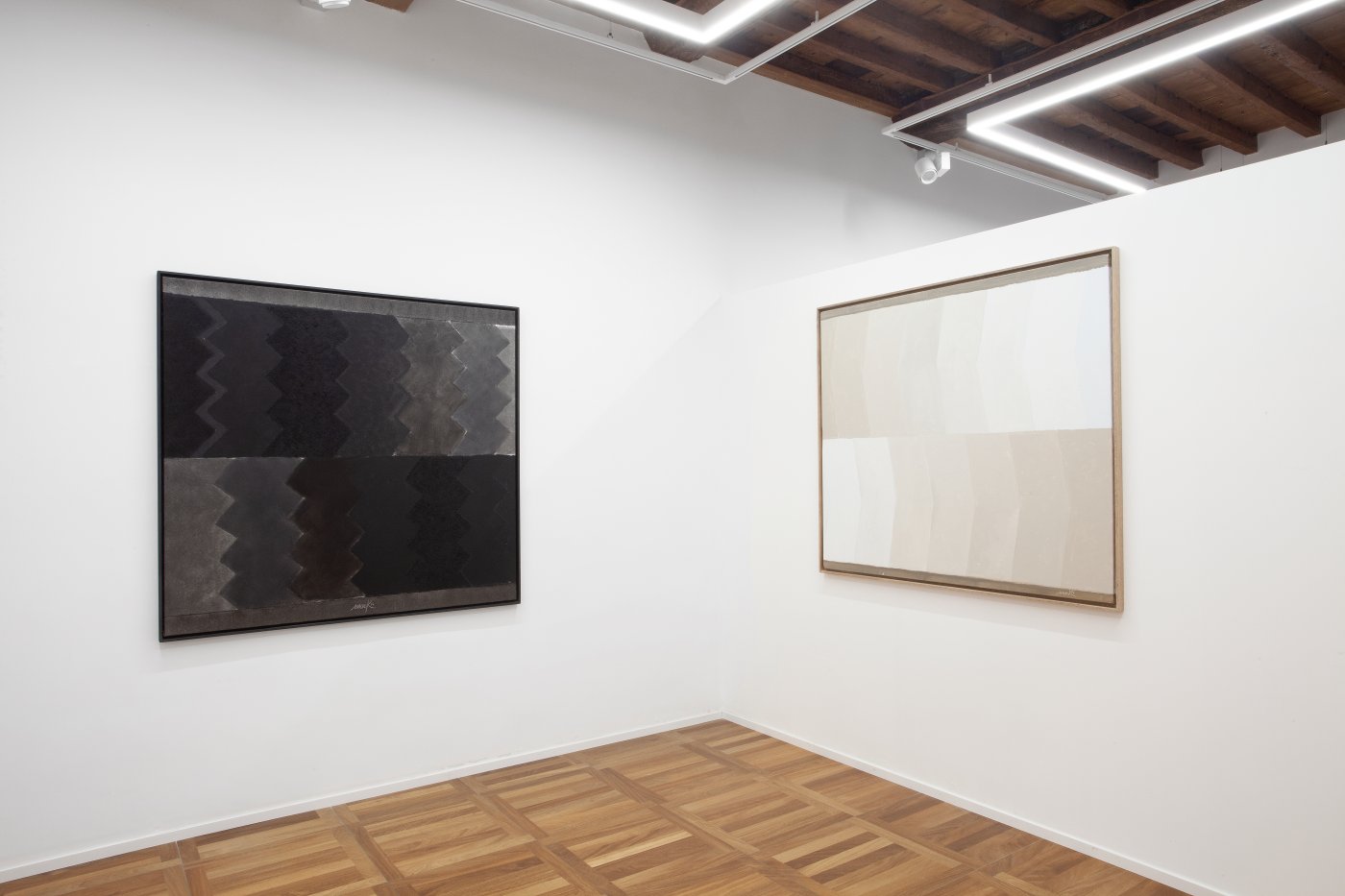 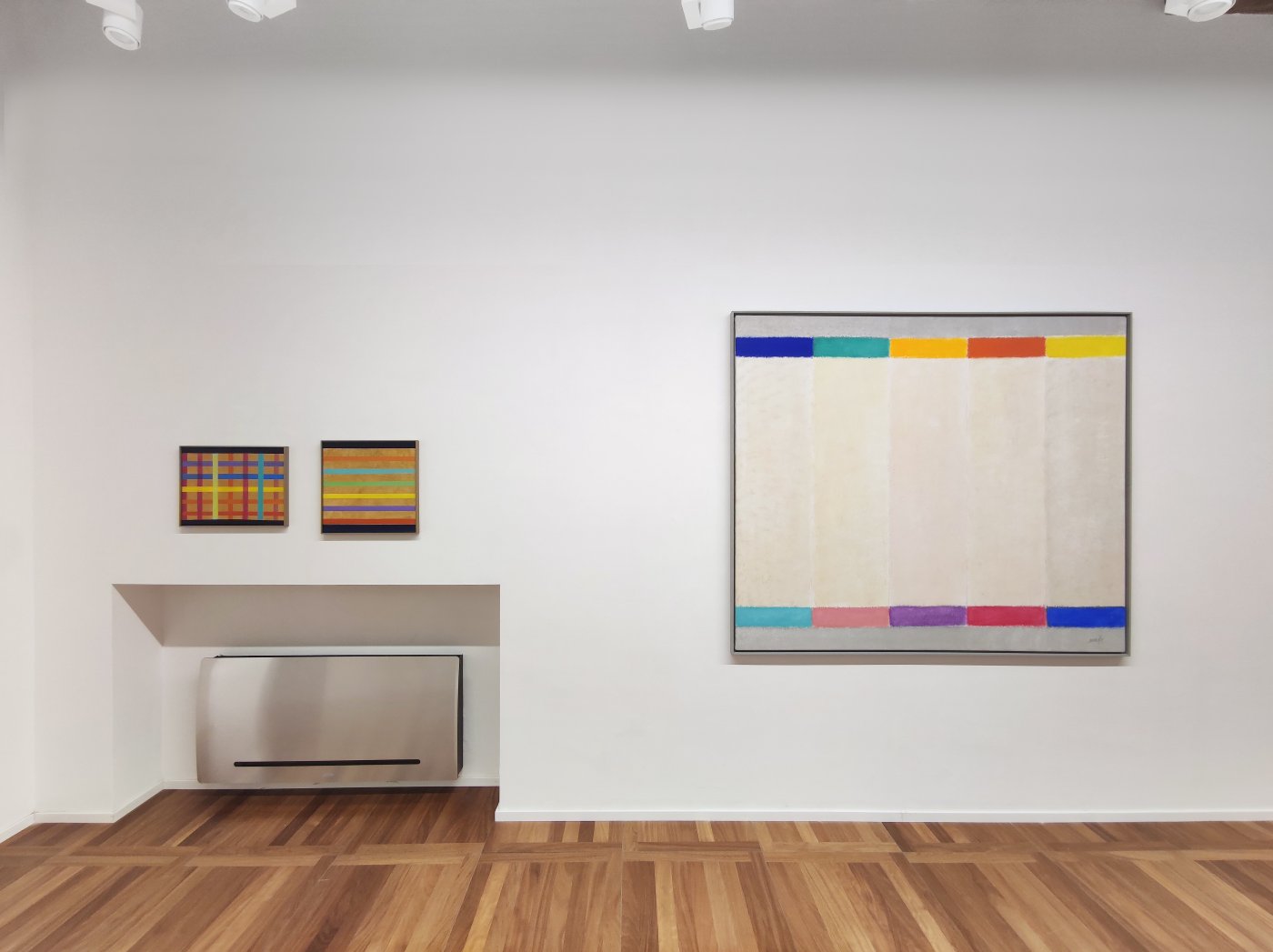 The exhibition, like the previous one, curated by Francesca Pola, in close collaboration with the Artist and his studio: intends to pay particular attention to Mack’s recent activity, focusing on the dialectic of pure colours of his Chromatische Konstellationen (Chromatic Constellations), that layered in transparency or juxtaposed in juxtaposition, in counterpoint or gradation, articulate the spatiality of the surface in new, radiant harmonies. Here we find the dynamic and active relationship between colour, light, structure and space that constitutes the creative fulcrum of these extraordinary energy structures, both chromatic and physical. The exhibition is punctuated by some large-scale works, including the bursting scans of Parade of Colours (Chromatic Constellation), 2000, in dialogue with recent works coming directly from the artist’s studio, including a selection of works on paper, which highlight the search for purity and colour transparency.

An explosive painting emerges, in which there is nothing naturalistic or descriptive, but rather an unfolding of the light spectrum as a distillate of thought and energy. In Mack’s work, colour is thought of as space and light, which proceeds from white to black for intermediate degrees of oscillation, in works where everything is rhythm, harmonic sequence of a chromatic expansion in free sensuality and overwhelming brightness. Its goal is to bring out the light itself: in its physicality and autonomous reality, not as a vehicle of sensations or emotions. It is a painting overflowing with light, where the purity of colour is translated into continuous vibrations, also recalled by two works of the artist’s first season here shown as indices of his early and fundamental research on the relationship between structure and vibration, which make him one of the undisputed masters of his generation.

The exhibition is also ideally linked to the artist’s recent solo exhibition at the Biblioteca Marciana in Venice, Heinz Mack. Vibration of Light, Collateral Event of the 59. International Art Exhibition – La Biennale di Venezia, where Mack’s work has been presented in a dialogue of deep historical and artistic significance with the wall paintings and ceiling rounds, the work of masters of colour and light such as Tintoretto, Veronese and Titian, which enrich the Salone Sansoviniano.