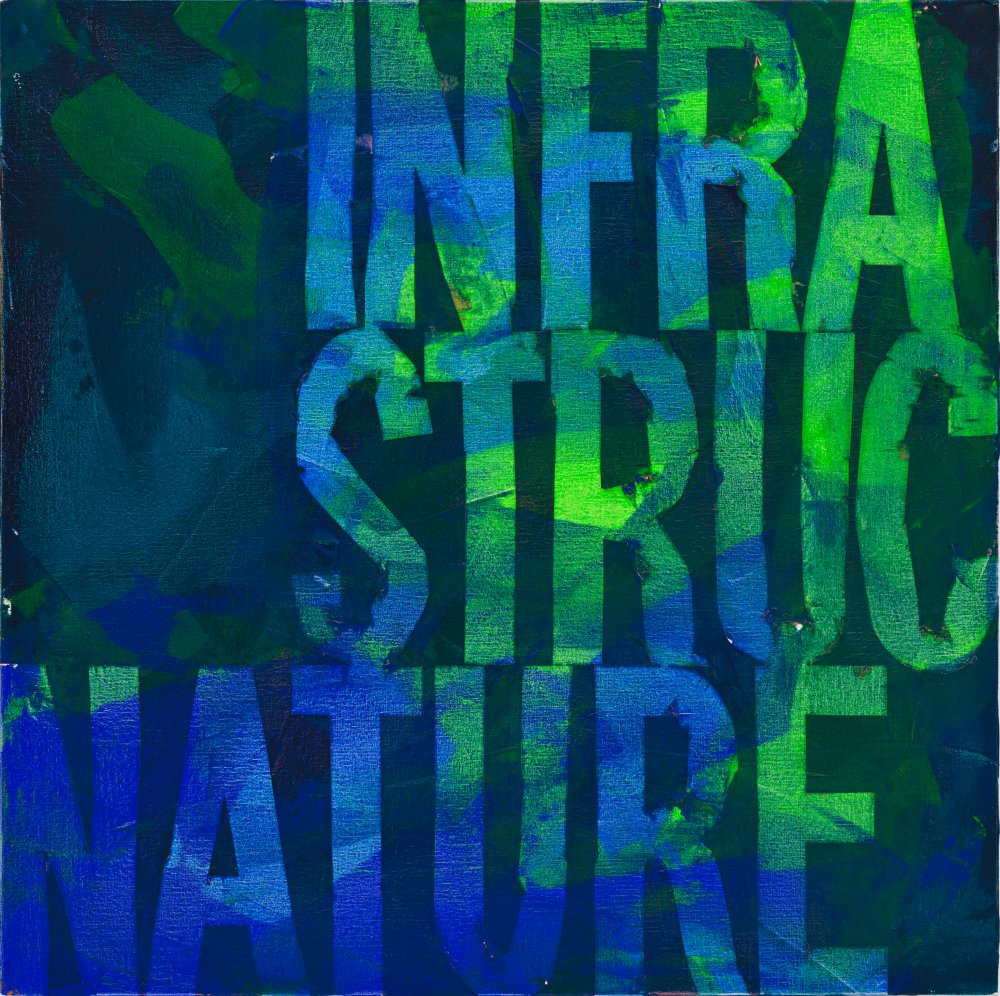 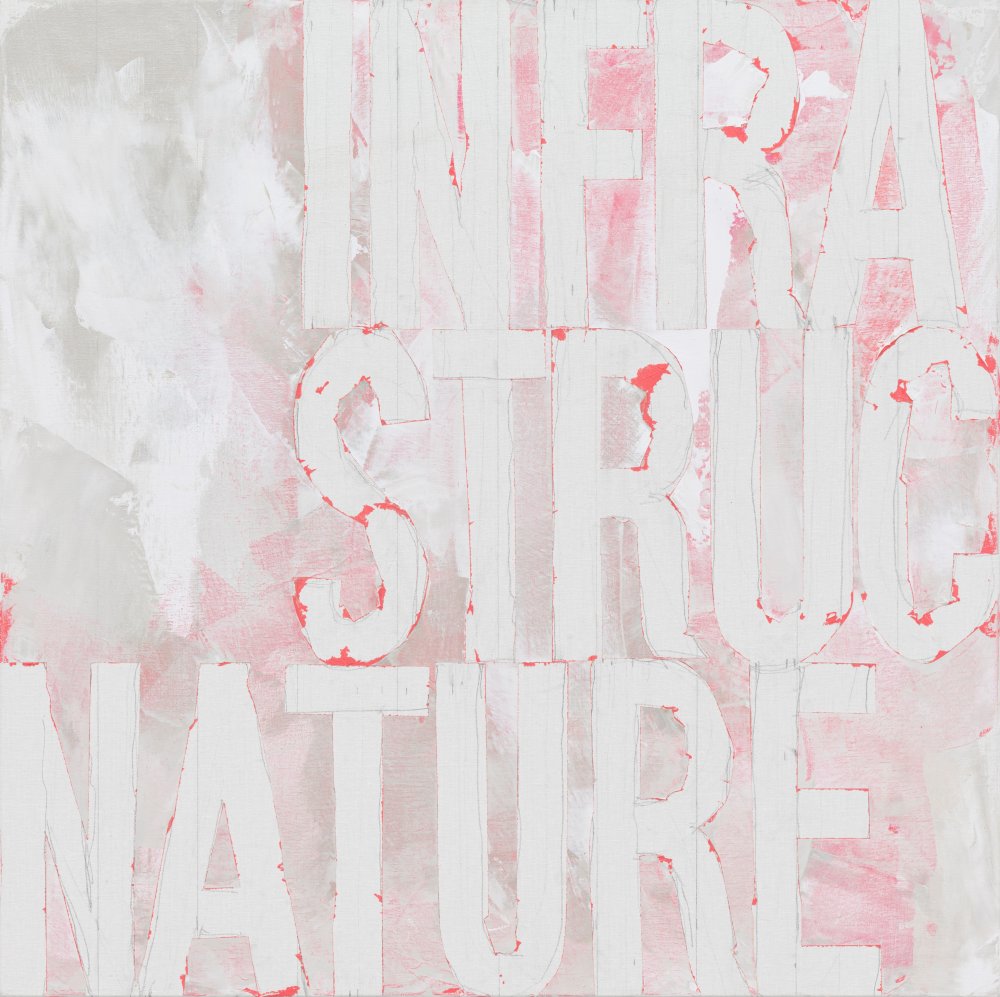 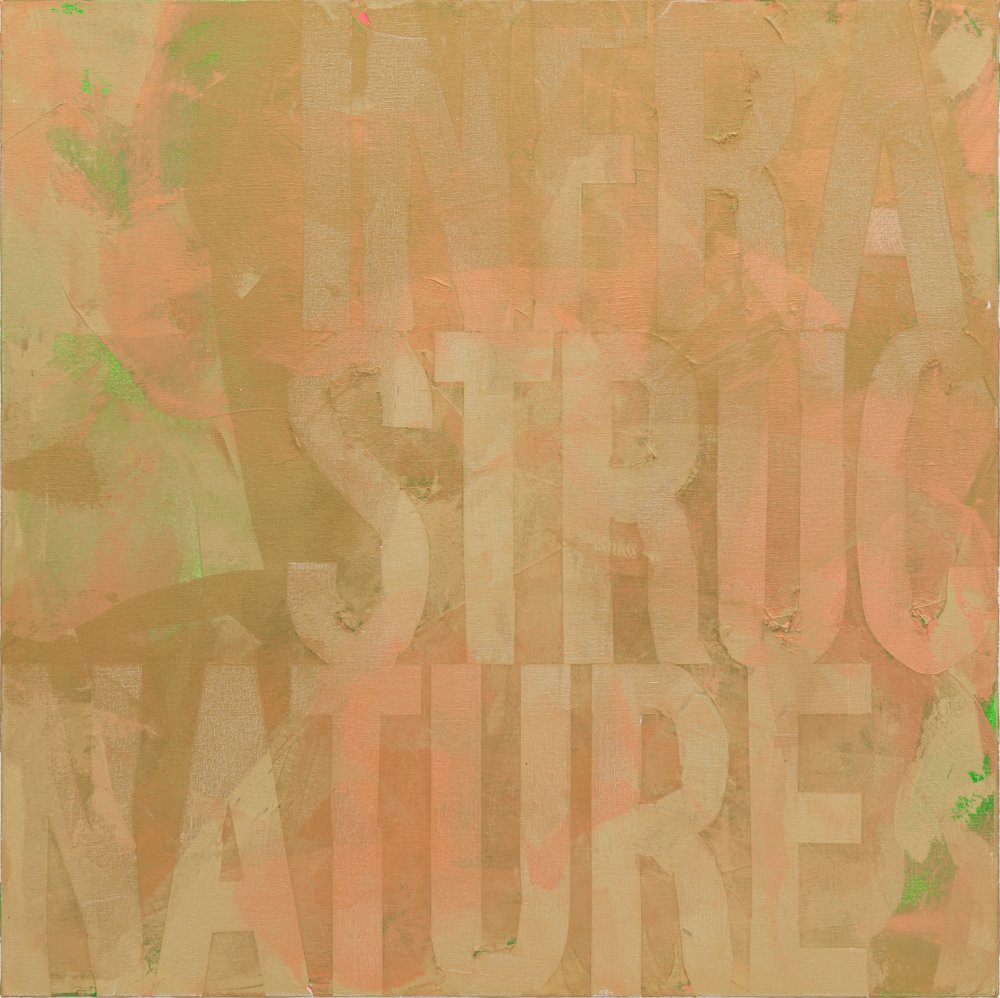 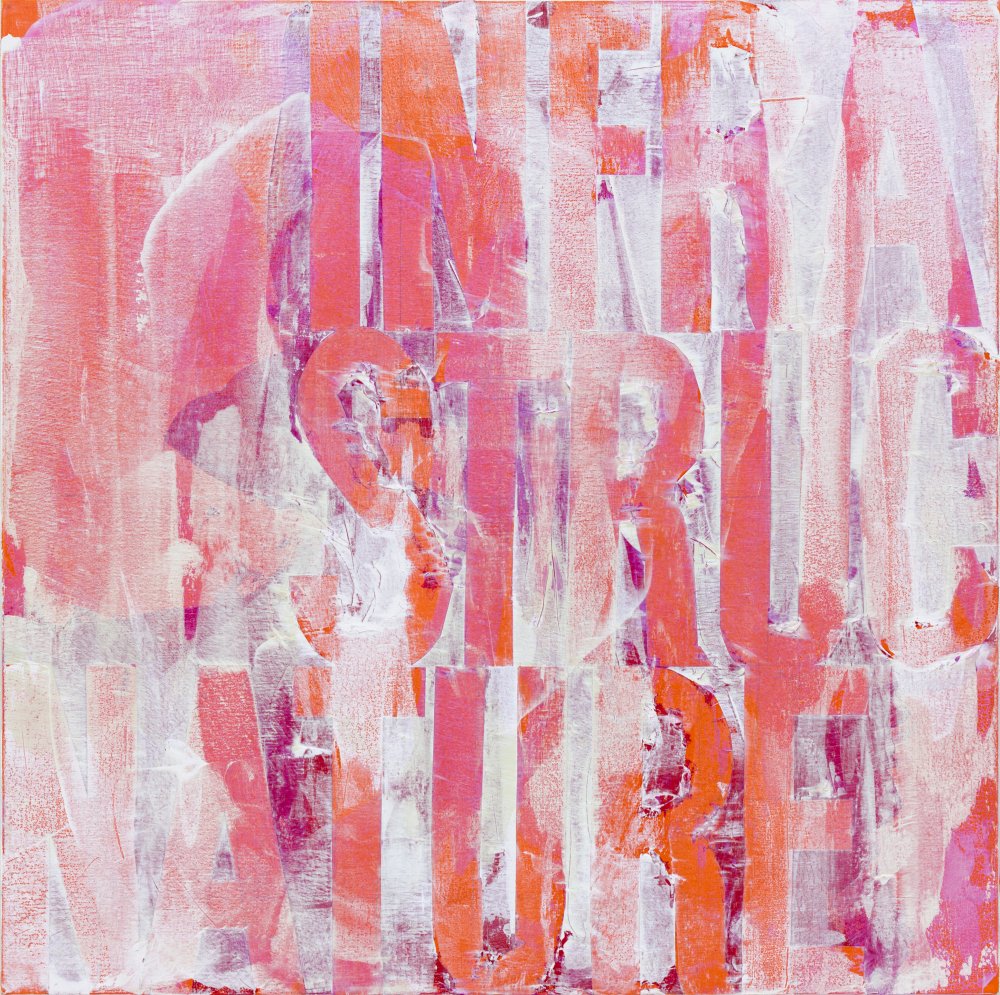 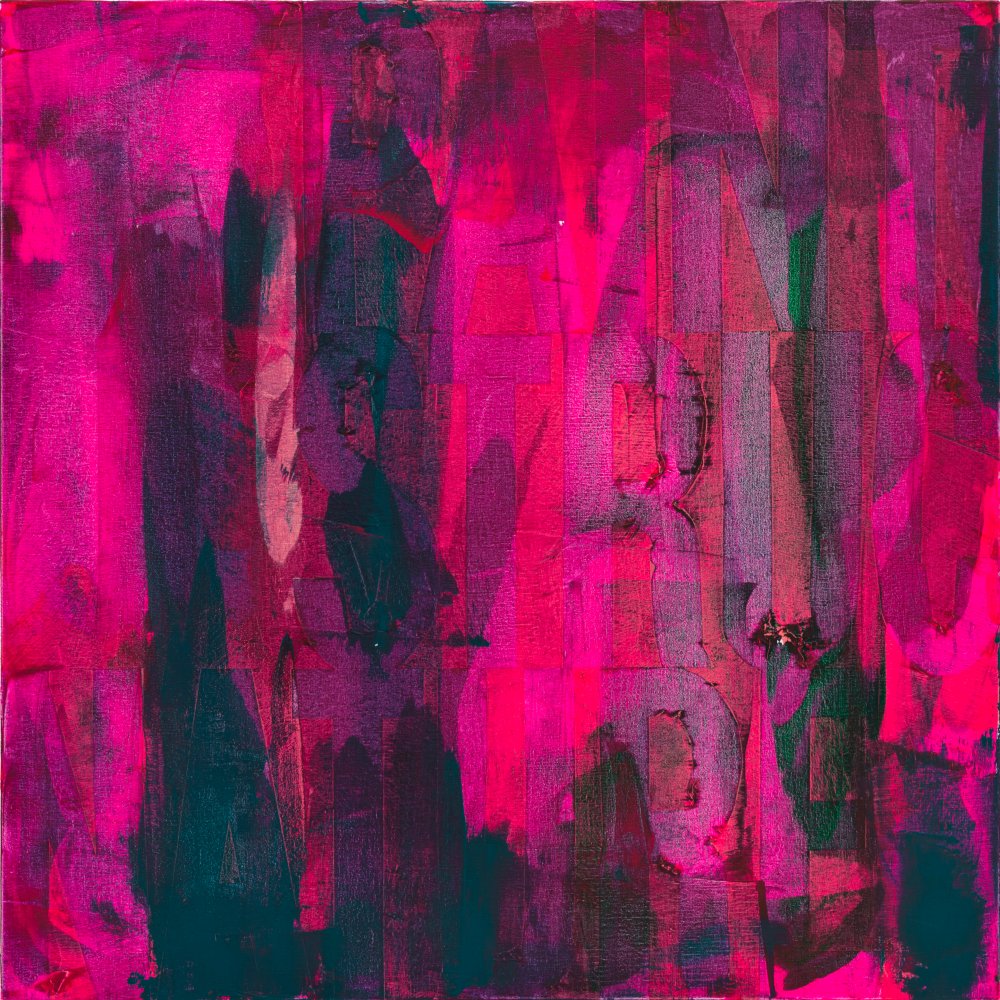 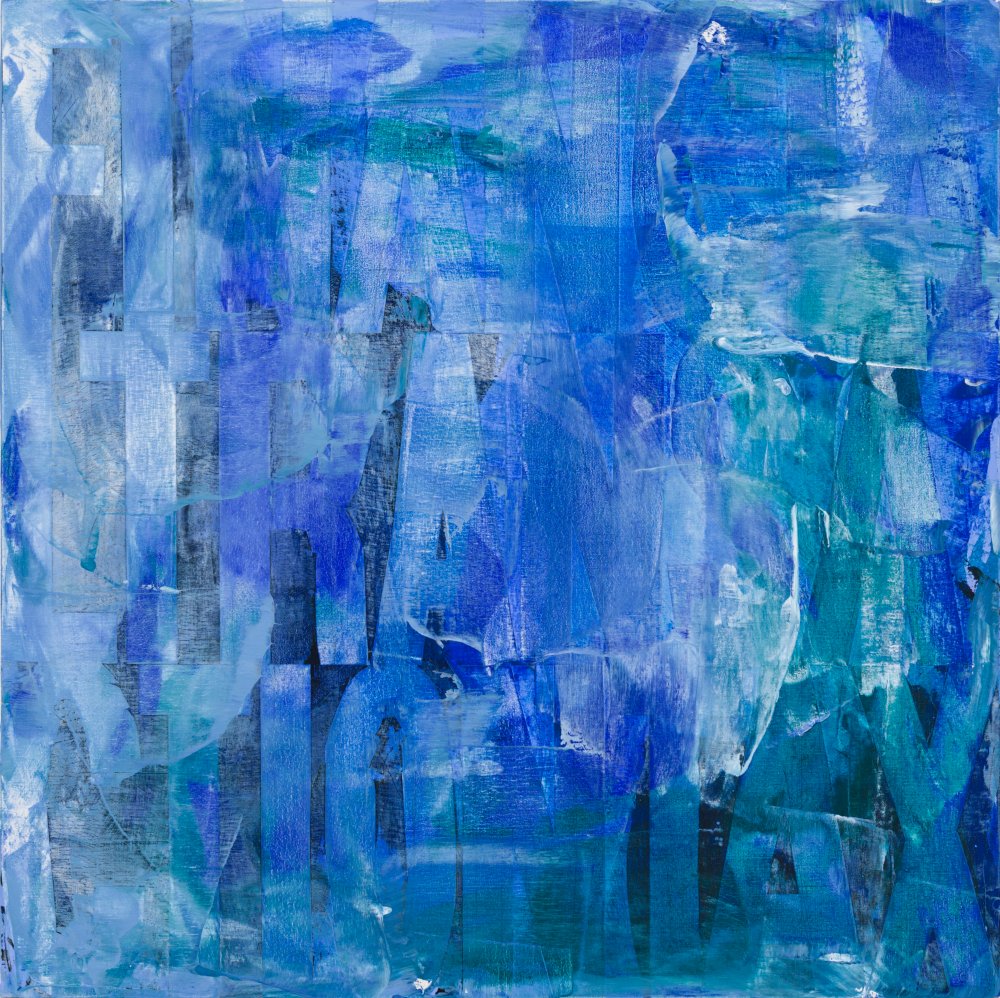 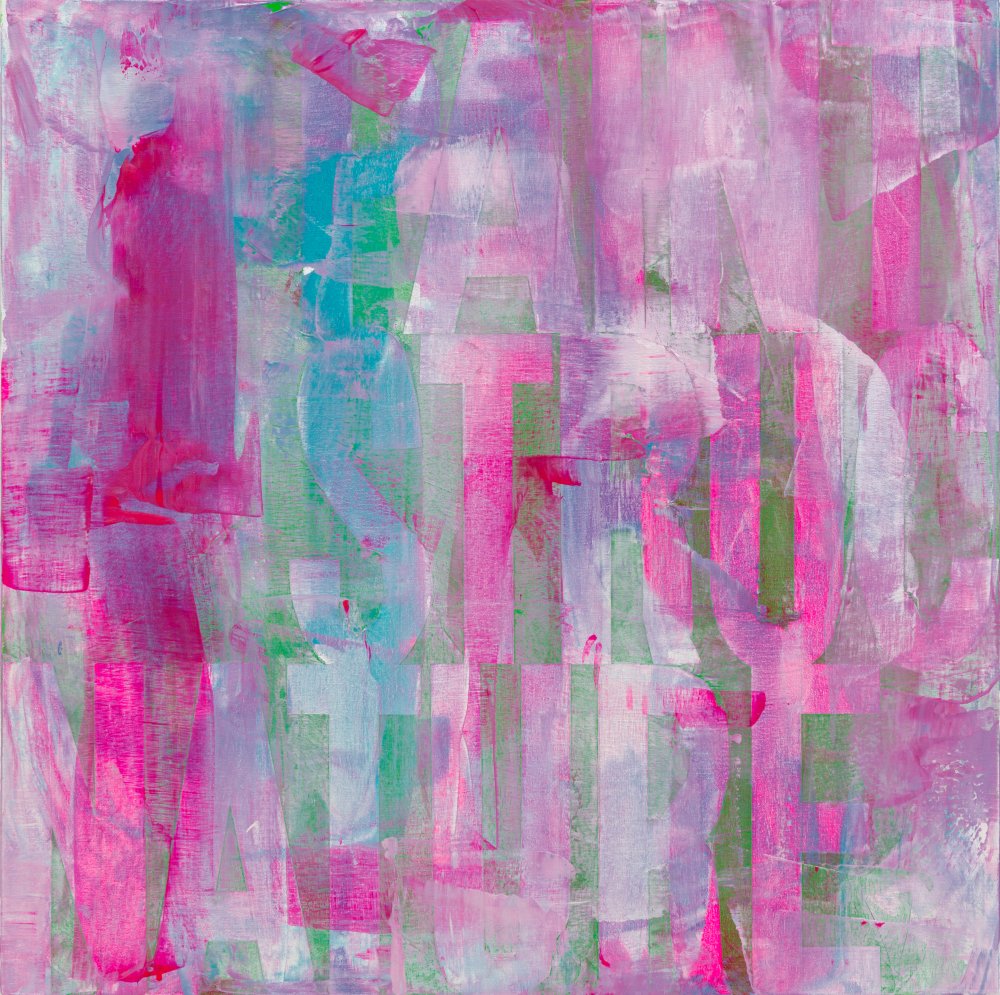 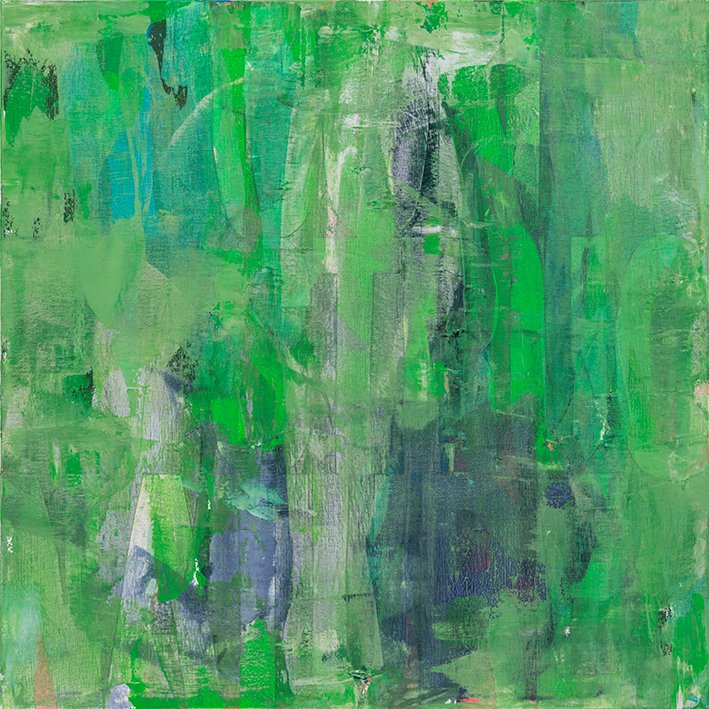 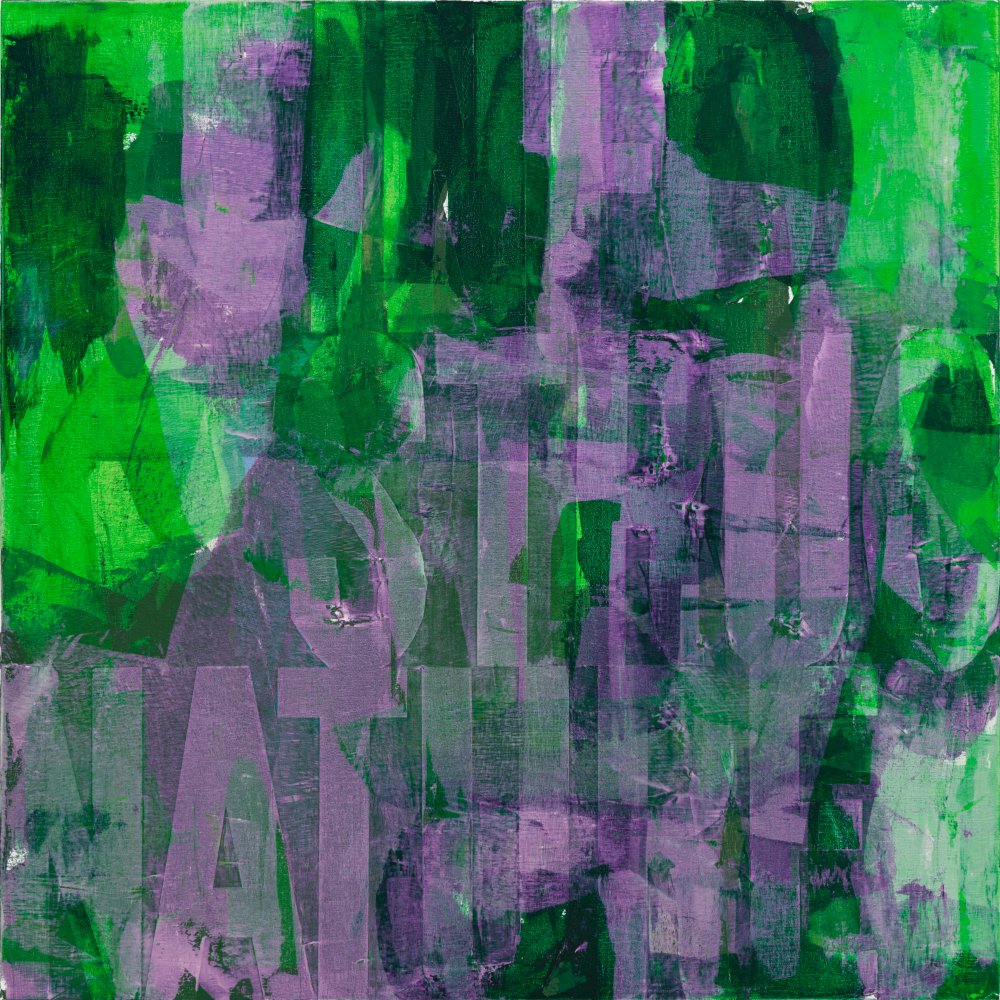 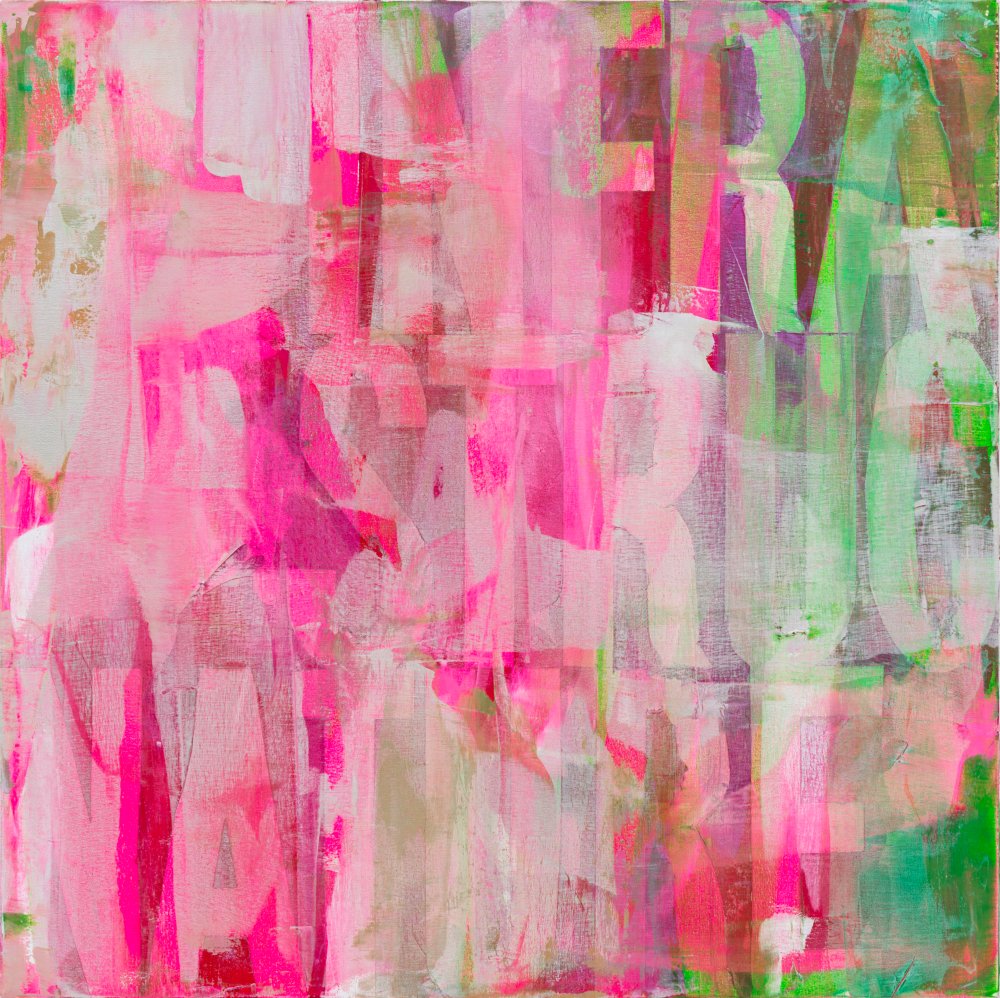 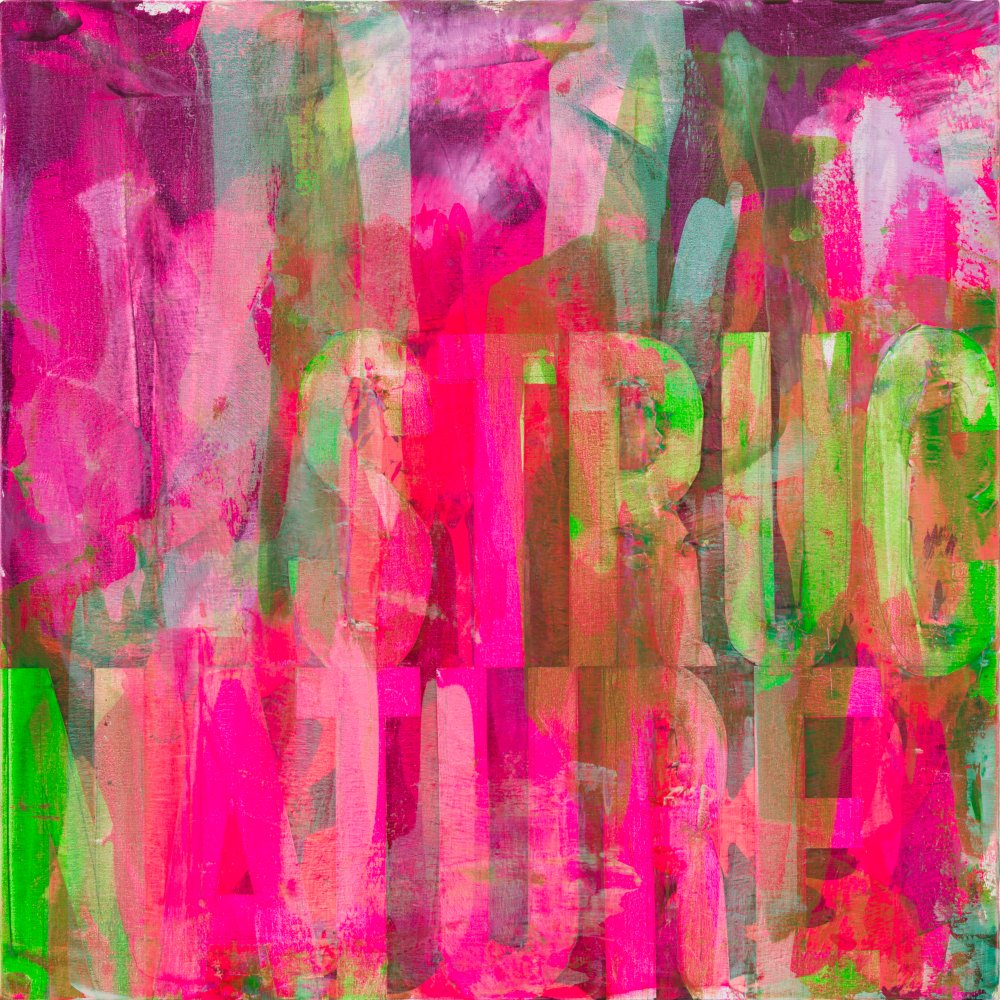 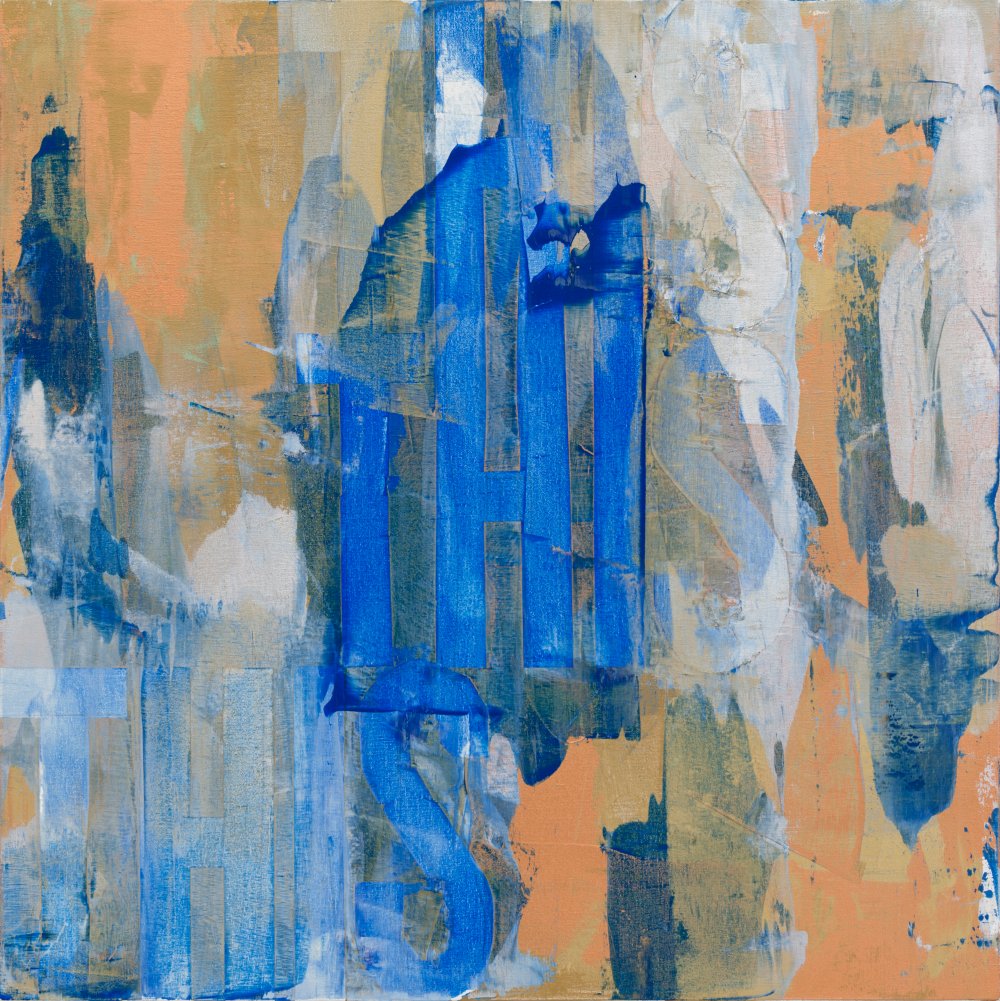 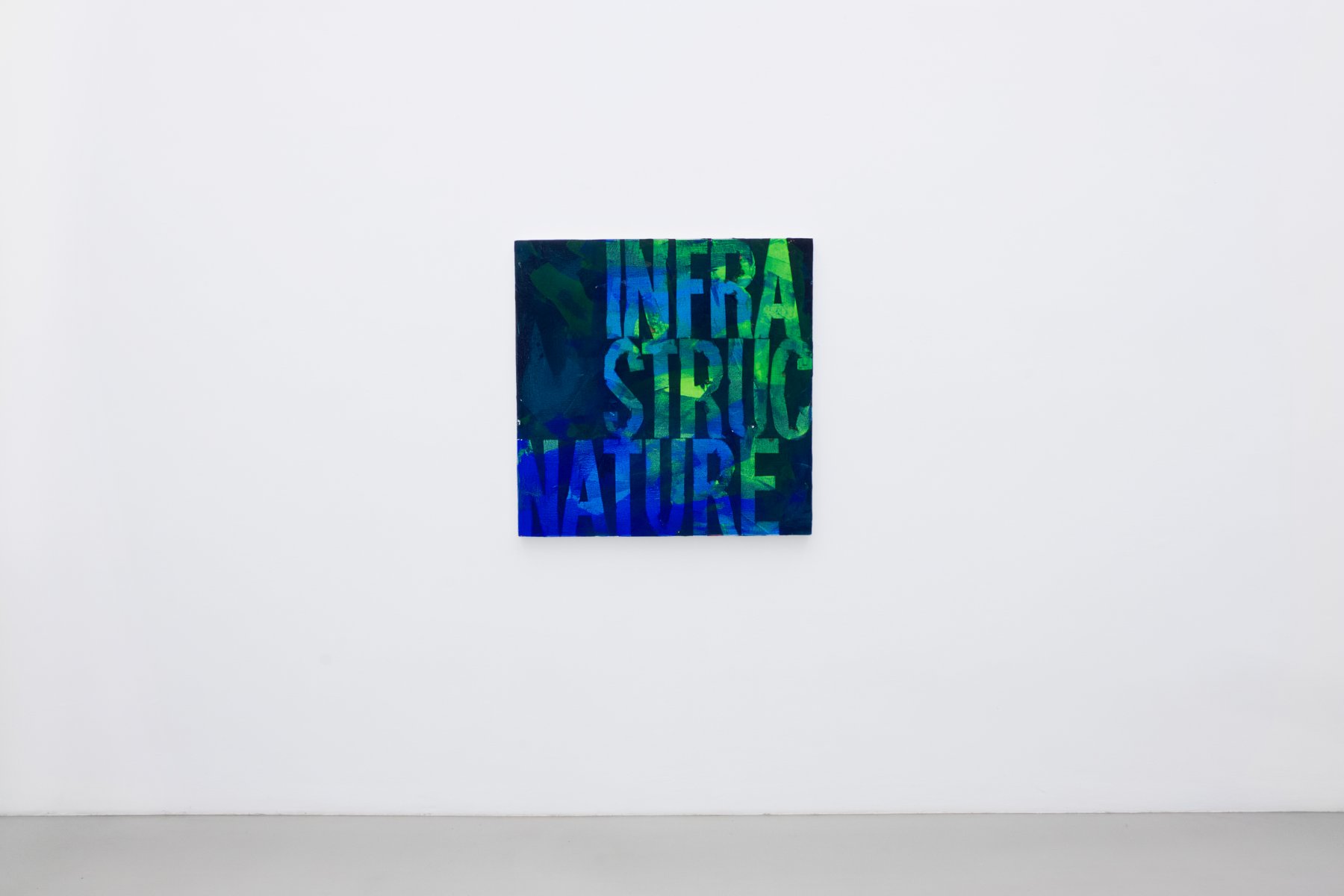 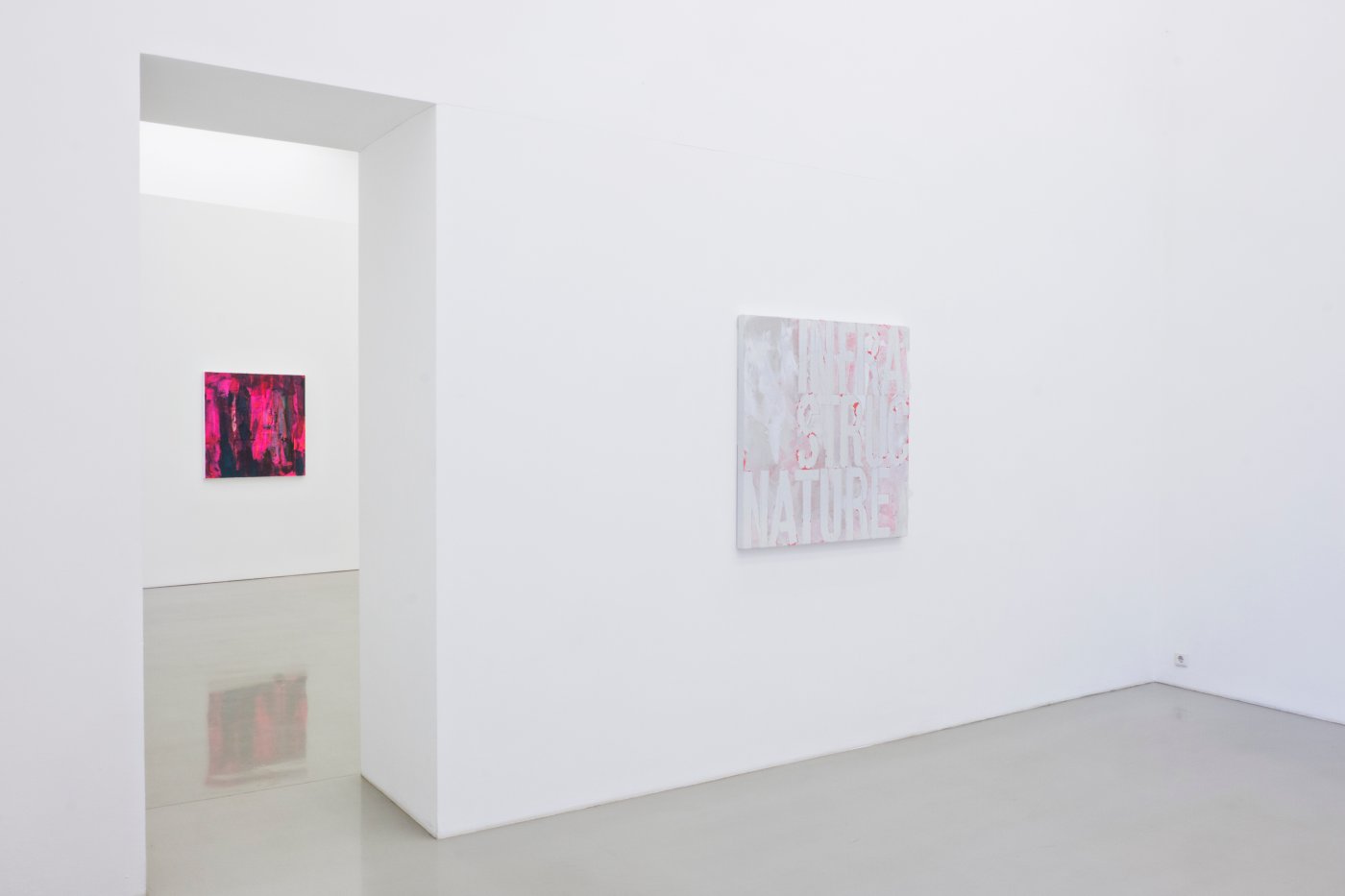 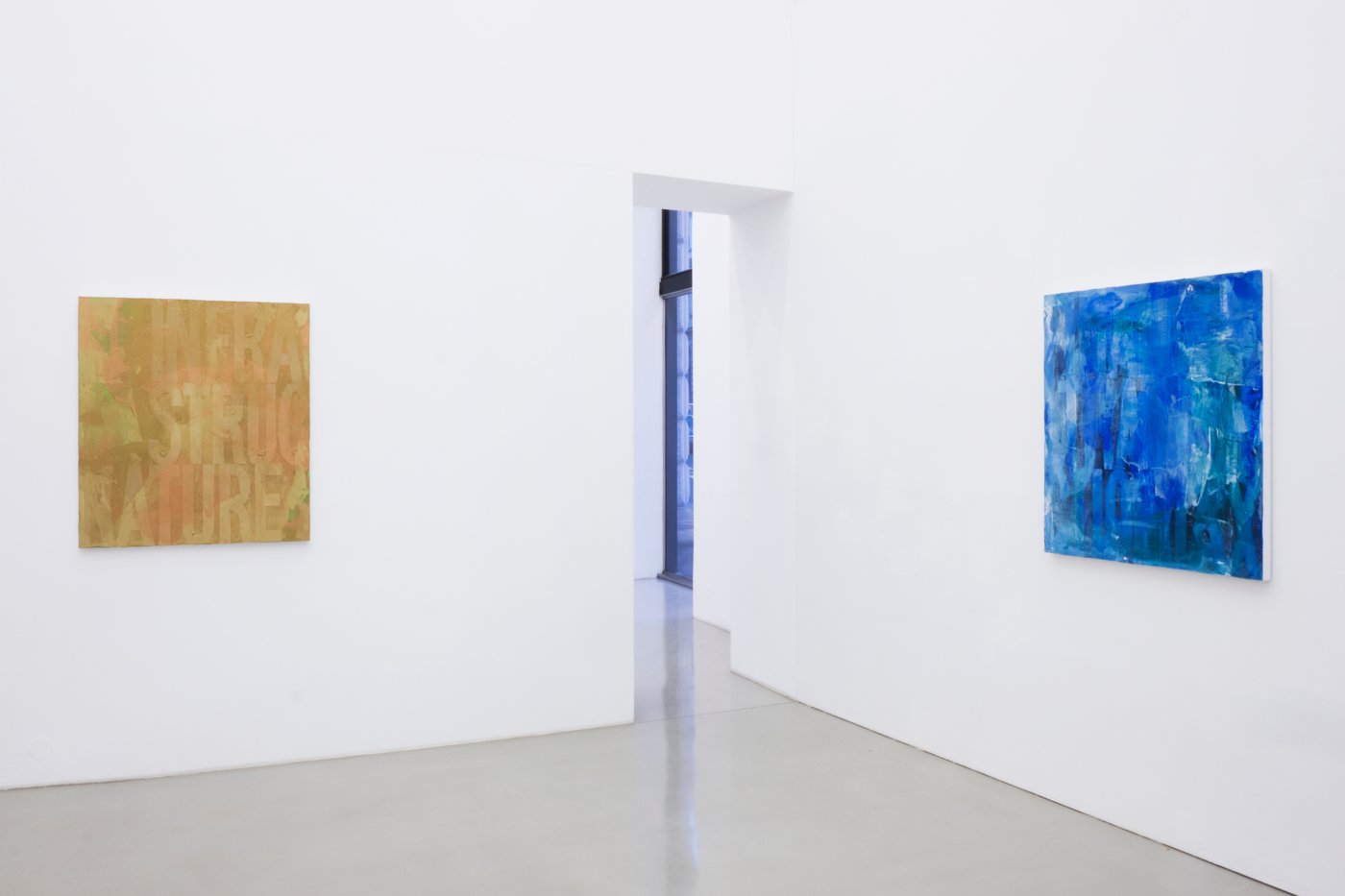 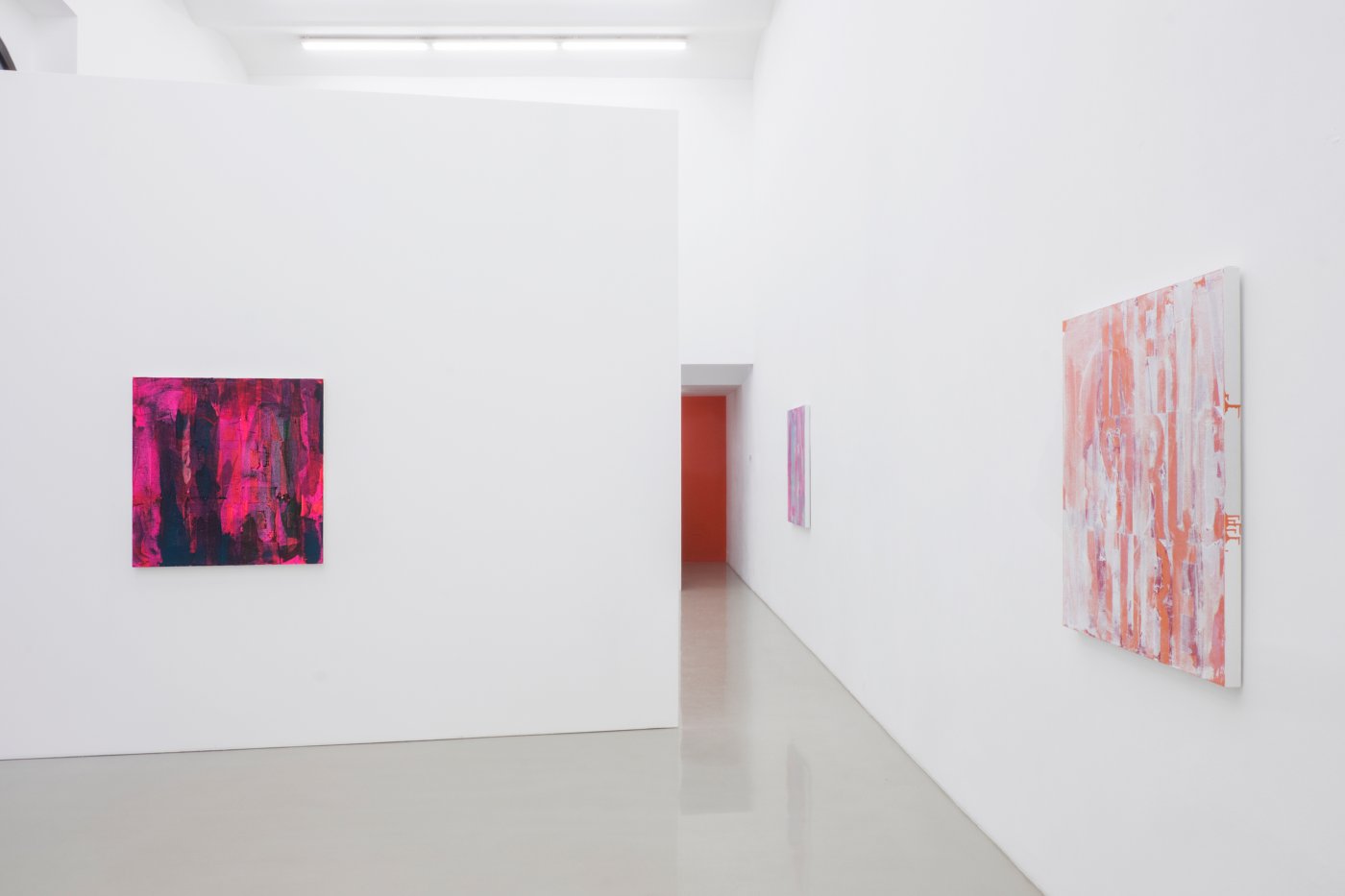 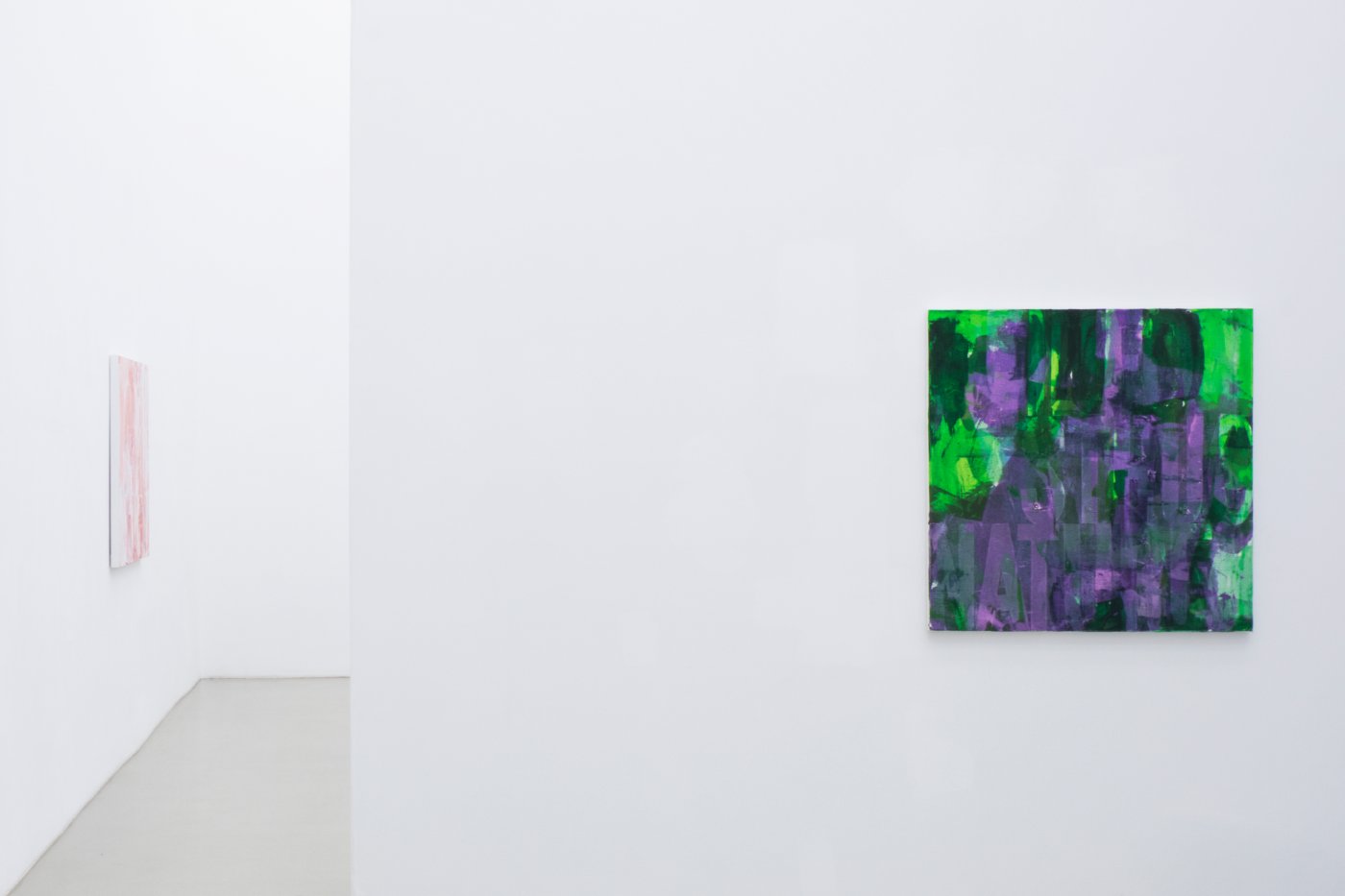 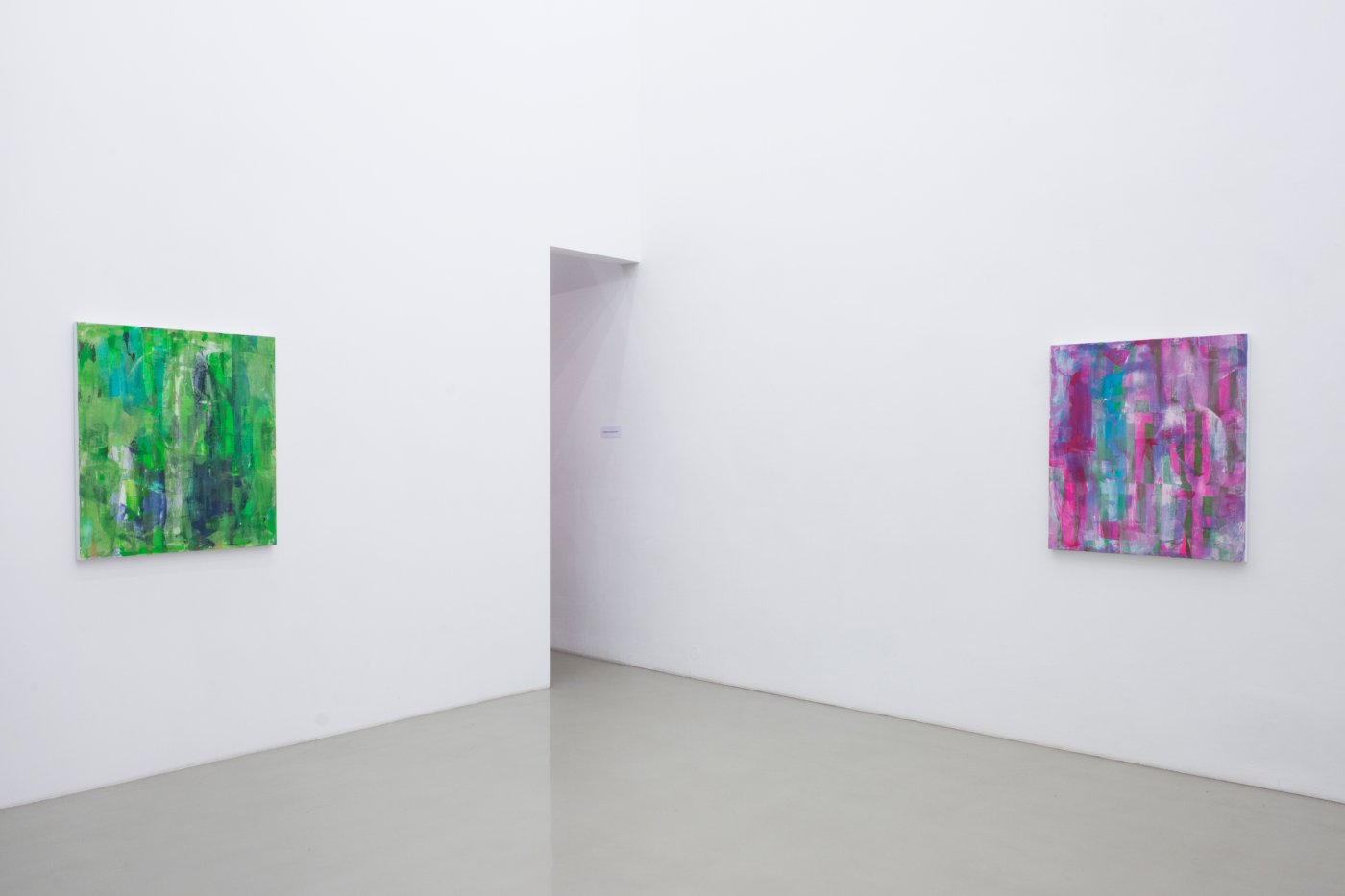 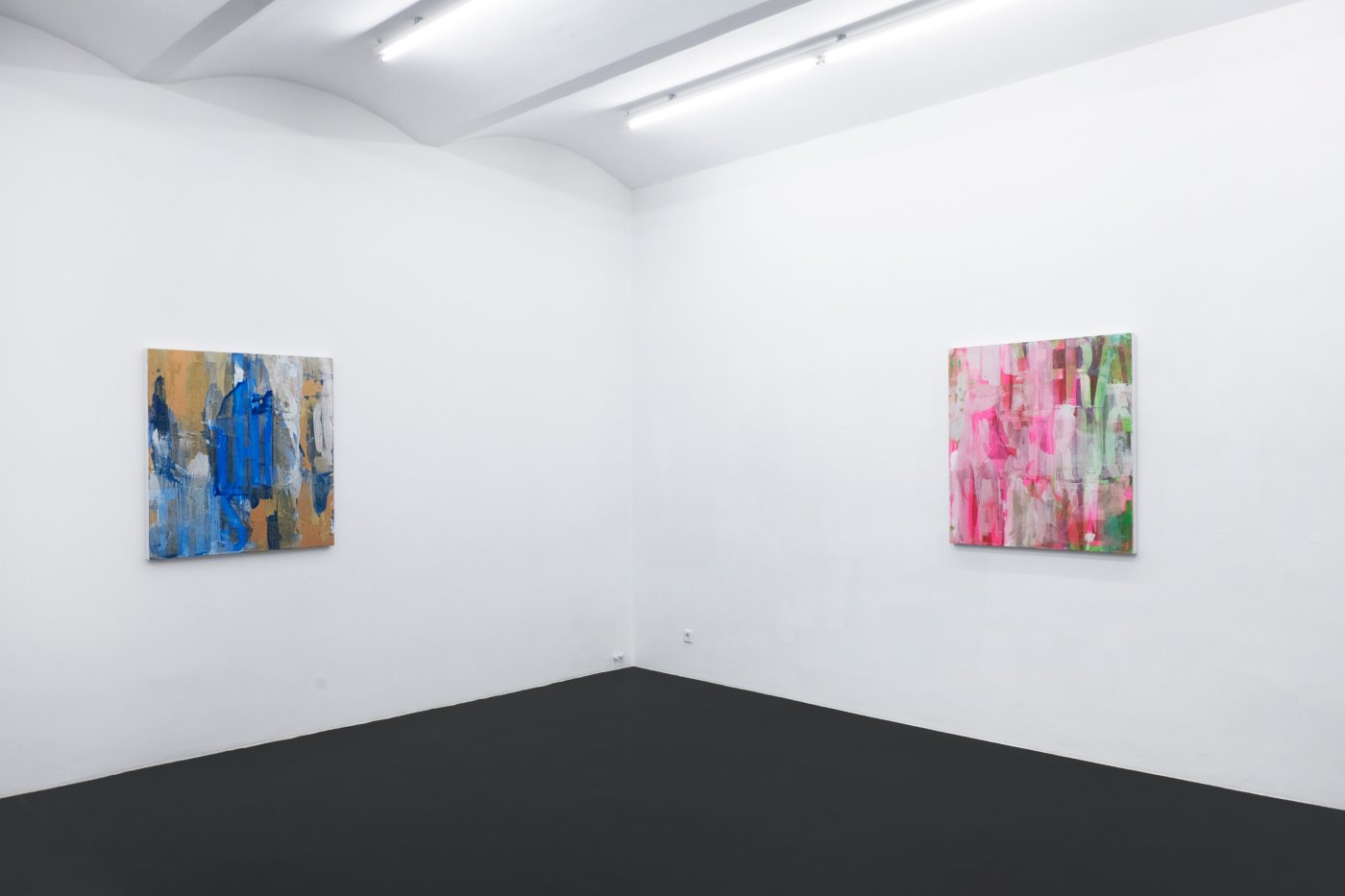 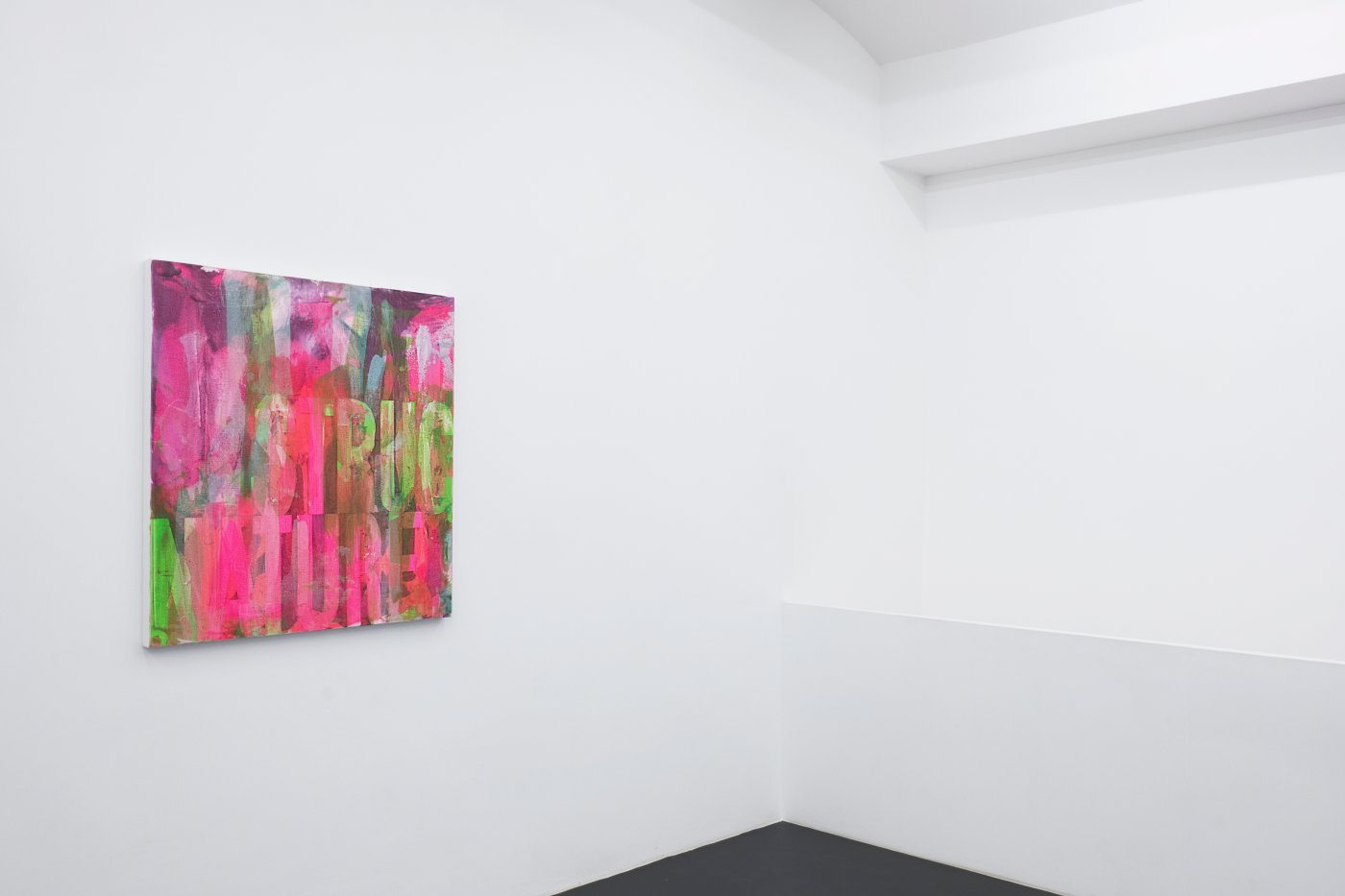 Achim Hochdörfer: “In 1994, the pictorial motif REAL found its way into his painting; more than 50 further variations were developed in the following years. As painting, the term REAL suddenly takes on entirely new connotations. It is now associated with an anti-modernist, conceptual pictorial concept that exposes the employed means of expression as literal realities. Paradoxically, in their optical presence and force the geometric forms are thoroughly committed to a formalist tradition. It is as though Zobernig were insisting on the reality of aesthetic pretense, thus rejecting the schism between opticality and literalism. What is significant about the REAL series is that it brings the pictorial motif back from its functionalist contextualization and into painting. (…) It is no longer painting that establishes the relations to other artistic fields, but rather these relations that force their way into painting.”[1]

In formal terms, it is noteworthy that the framing of the respective text grid, typical of Zobernig’s more recent paintings, grows increasingly dense through the composition of colored pictorial elements, as the relationship between text and Image blurs almost to the point of indistinguishability. The text often seems completely consumed by light and color. The explicit use of the terms INFRASTRUCTURE and NATURE addresses essential art discourses by recalling the ethnological structuralism introduced by Claude Lévi-Strauss, which raises the question of whether empirical yet entirely relative pairs of opposites such as raw and cooked or fresh and lazy, which serve almost as leitmotivs in myths, reveal something about their structure, about the syntax underlying them, about the “unconscious mind” that is at work within them. In no way, therefore, is the civilized “cooked” superior to the “raw” in intellectual or cognitive terms, for both are only variants of those similar procedures for which Lévi-Strauss introduced the label “wild thought.” The “primitive” is not driven by instinct instead of reason, but rather processes specific material no less “rationally,” simply differently, with different goals and more in the mode of tinkering.